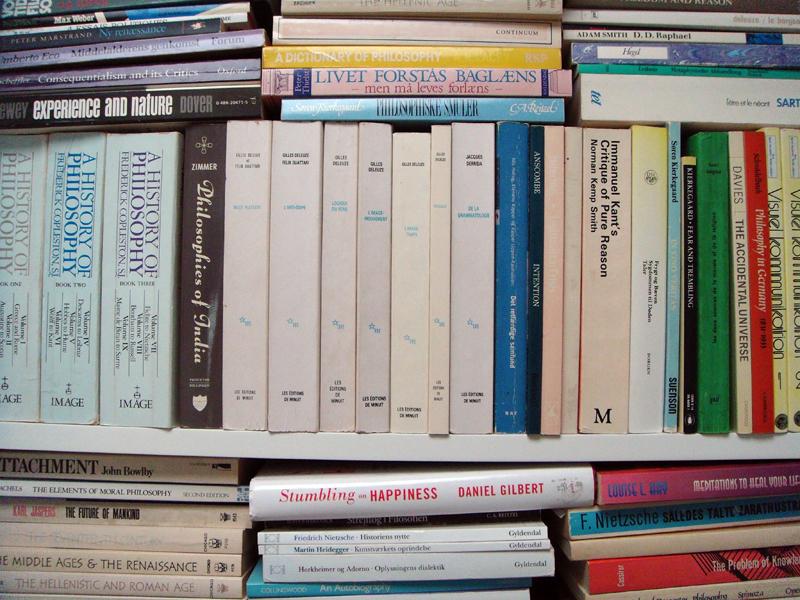 Philosophy: “I only read non-fiction books, because there are so many things I want to know, and I don’t have the time for novels. Out of those, only a minority are philosophy books, but most of the books I read do have a philosophical dimension. I studied philosophy at the Sorbonne for a year, then in Denmark for five more years. I thought I was going to apply it, that I would write books — which I’ve done, but not about philosophy. I only practice philosohy in one specific way: I developed an ethical theory after school, and based on that theory a company was created called ethicaleconomy.com, which I’m still linked to as one of the founding owners. I developed half of the ideas and got an equity share.” Above: Skibsted’s shelf full of philosophy books