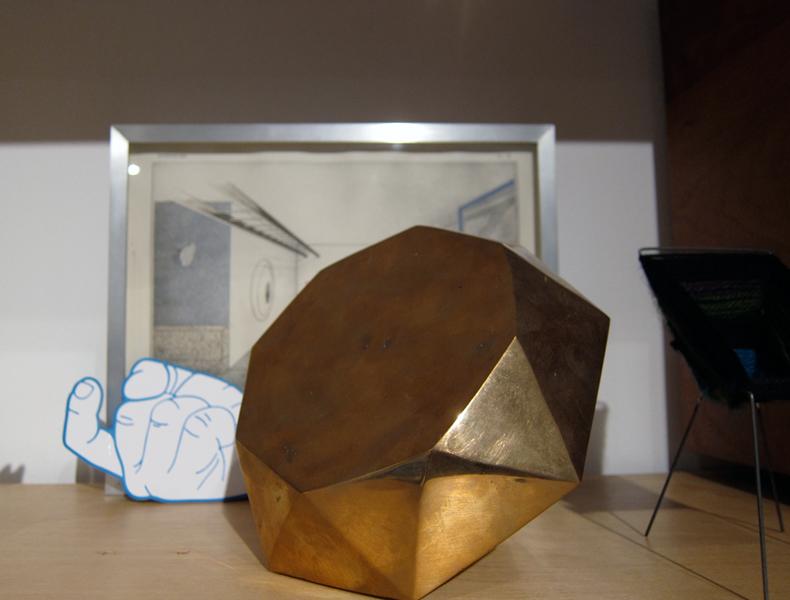 The items on the shelves behind his desk, on the other hand, are mostly personal objects, like the gold diamond by Studio Job he traded for a pig bank. The Charlotte Perriand sketch is from a book of design prints from the ’20s, while the paper illustration of his hand hook is an invitation from Skitch’s first anniversary. Allen began working with the Italian design label after they started selling his Reality objects at their store in Milan — they liked his work so much, they invited him to contribute to their line. “They’re playing in a similar area that I’m playing in,” he says. “The company’s based on these ironic twists on real life. In Italian, Skitsch basically means not kitsch, but one step away from being kitsch. Which is what I always say about Reality.”