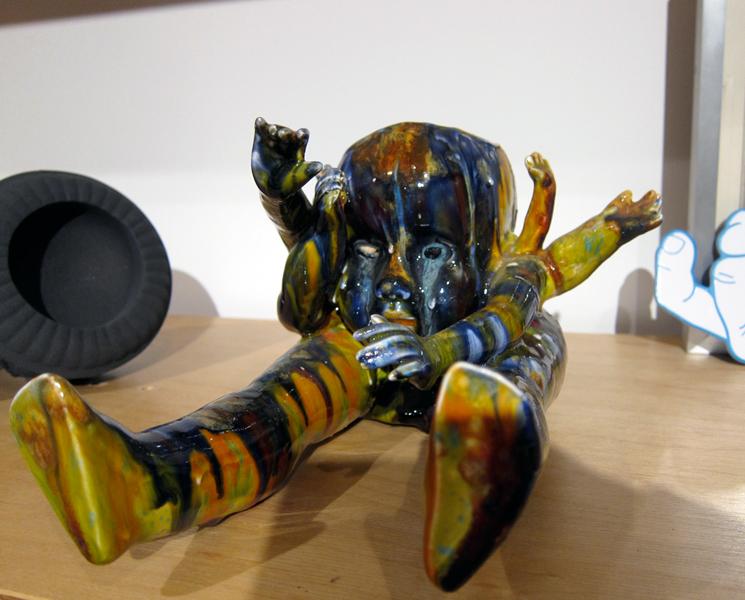 “A friend of a friend named Scott Riddle made the baby sculpture,” Allen says. “He’s a ceramicist in LA. He’s also interested in some of the same things I’m interested in; he was casting all these doll parts, which is twisted but fun. But his work differs from mine in that I’m doing straight up casting, while his is sort of gloppy and weird. I bought a few of his pieces, and some are very beautiful — the one I have here is just the one that John didn’t allow in the house. It’s the most twisted of all of them.”