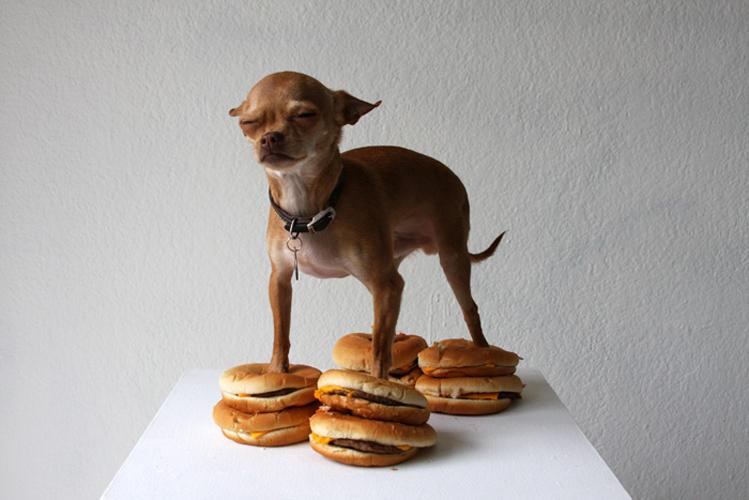 Adbusters: “That said, I do align with a lot of the thoughts from Adbusters, and I’ve been a subscriber on and off for years. I think corporations are getting a way with a lot of ridiculous bullshit, and the cattle and meat industry is disguisting — it makes me want to puke. It’s really an absurd situation we’ve put ourselves into as far as consumer culture. We’re losing the survival instinct of the human being more and more each day. We would die without electricity. But I only hint at that in my work — I don’t want to sound like someone getting on a soap box and bitching about it. I’m not delivering direct messages, just planting images in people’s heads and letting them think whatever they want to think. But yes, it’s definitely in my head.” Above: Hundley's "Chihuahua on Cheeseburgers"