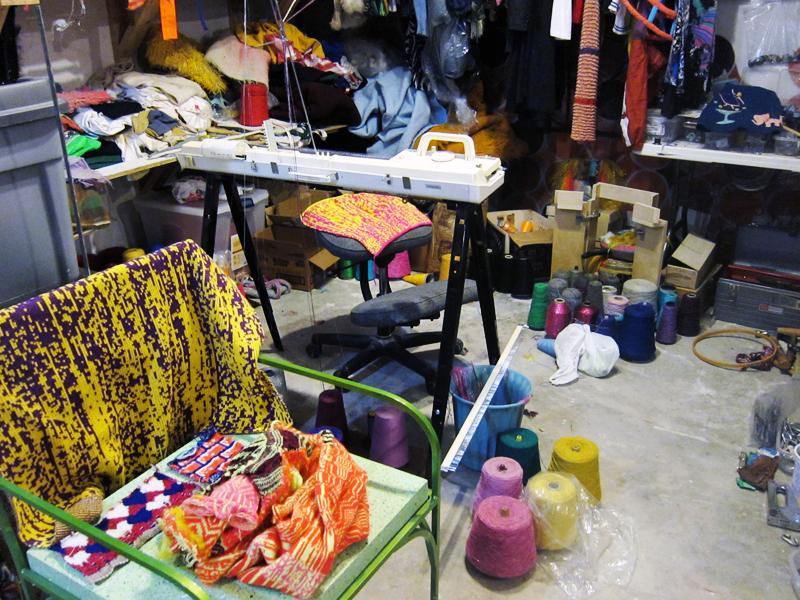 Drain learned to knit in 2000 from his friend Elyse Allen, a fellow RISD grad who had studied textiles. He practiced on her knitting machine while she went to her rug-repair day job, then purchased his own shortly thereafter. A decade later, it holds court in a corner of his studio, surrounded by multi-colored yarns and fabric scraps. The machine can be quicker than using needles, but it depends on the complexity of the piece. “The way it works is pretty simple: You have a carriage that passes over the needles and moves the yarn into play, or not,” he says. “It can do everything that hand-knitting can do, for the most part.”