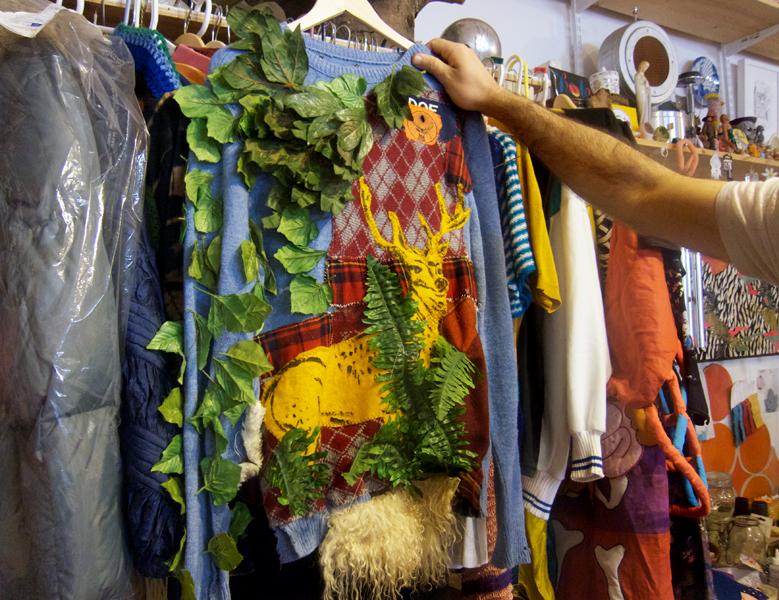 Humor, of course, pervades Drain’s entire ouevre, including the costumes he’s knitted for himself and bands like Le Tigre and The Gossip, and the ones he designs for his videos. He wore this homemade sweater to the opening of the 2002 Whitney Biennial, where his art/music/performance collective Forcefield created an installation featuring a forest of unearthly creatures undulating to a soundtrack of buzzes and clicks.