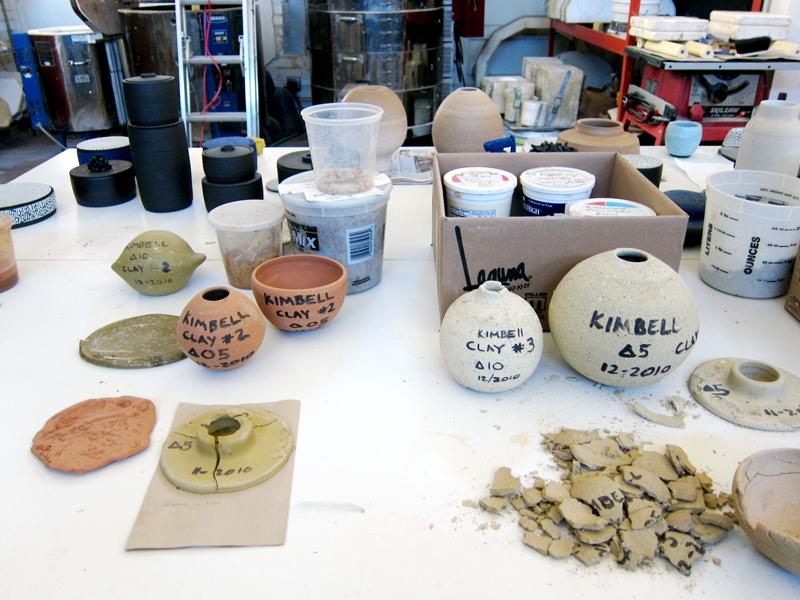 For the Kimbell project, Silverman harvested five clays from five parts of the site and began testing them first by themselves and then in blends. None worked very well on its own; some even slowly decomposed after being fired in the kiln. “I prefer wheel-throwing to slip-casting, but if the Texas clays don’t want to do that, it’ll influence where the project goes. I also won’t add a bunch of stuff from the factory just to make it do what I want it to do,” Silverman says. At the same time, he’s also gathering material from the maintenance of the Ando building as well as from a nearby Richard Serra sculpture, which regularly sheds pieces of rust that can be used as a source of iron oxide in glazes.