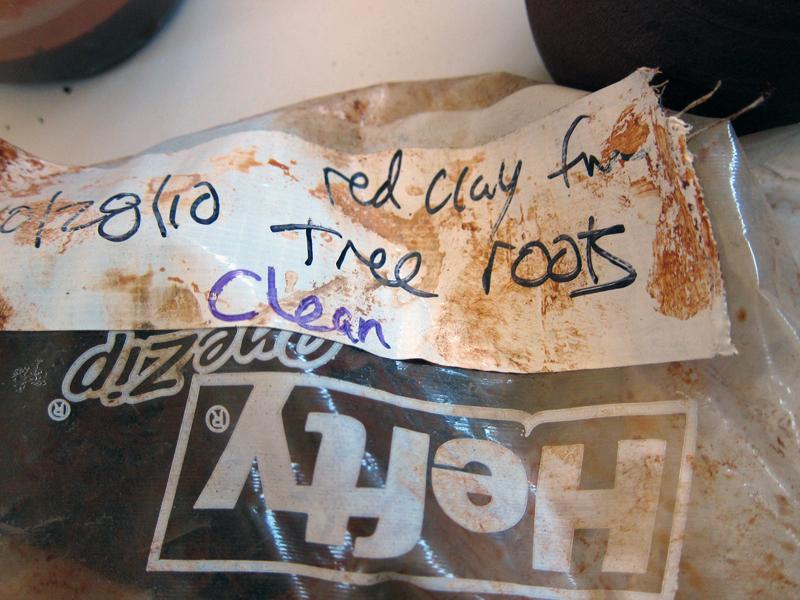 Since he began harvesting materials more than six months ago, Silverman has filled two massive storage lockers in Fort Worth. He’ll transport the whole thing back in a truck this summer, but until then, he’s been ferrying back smaller clay samples in sandwich bags. Shown here is one of the first clays Silverman harvested from the site, found caked on the roots of an upended tree.