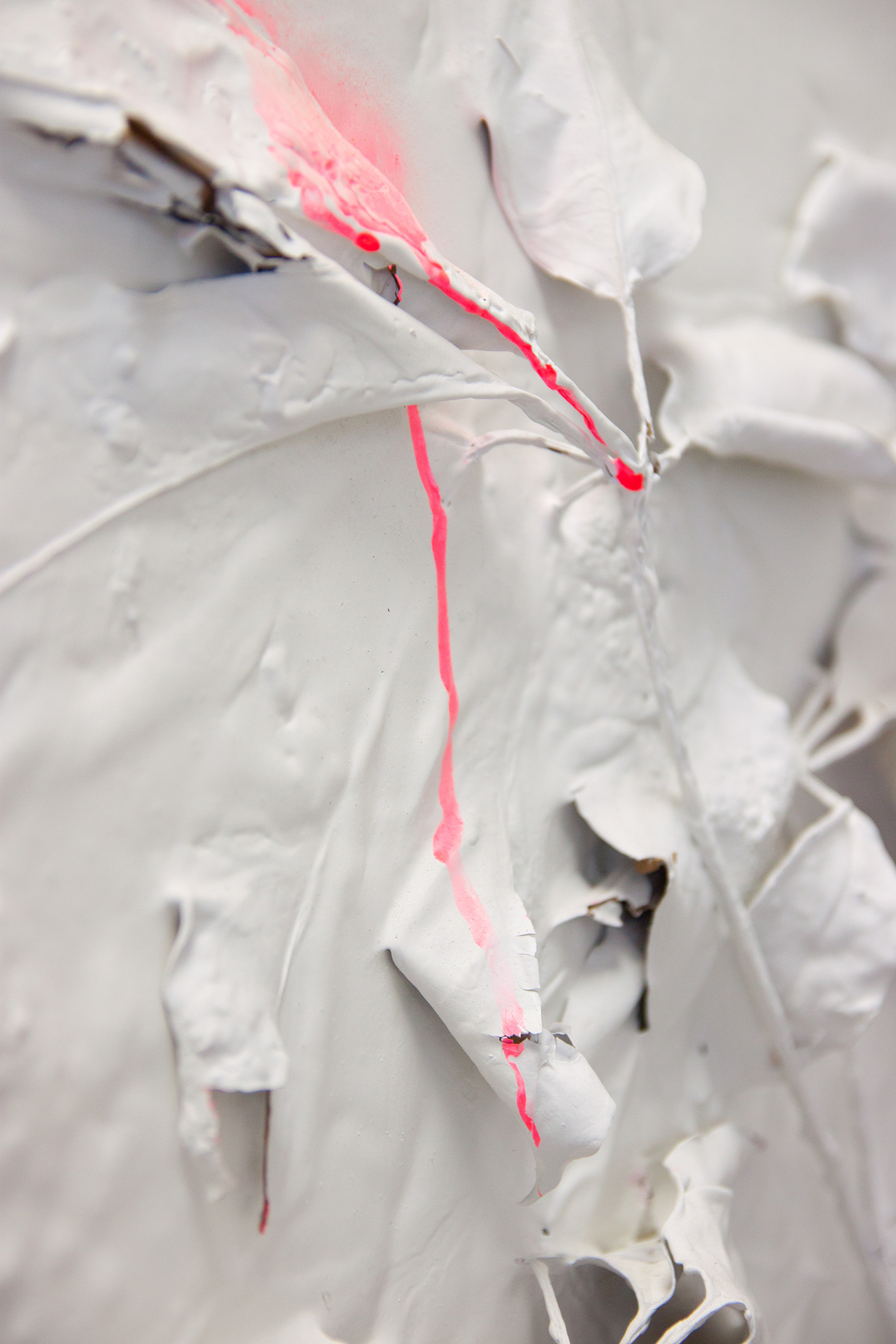 A detail from Michael (yes, Jackson), Norton’s first sculptural piece containing plants, from 2011 — made in response to her Whitescape still life. The goal was to achieve something similar in three dimesnions while also getting into ideas of preservation and life cycles. The title is a nod to the tabloid rumors, before and after Jackson’s death, that his body would be “plastinated” or cryogenically frozen.