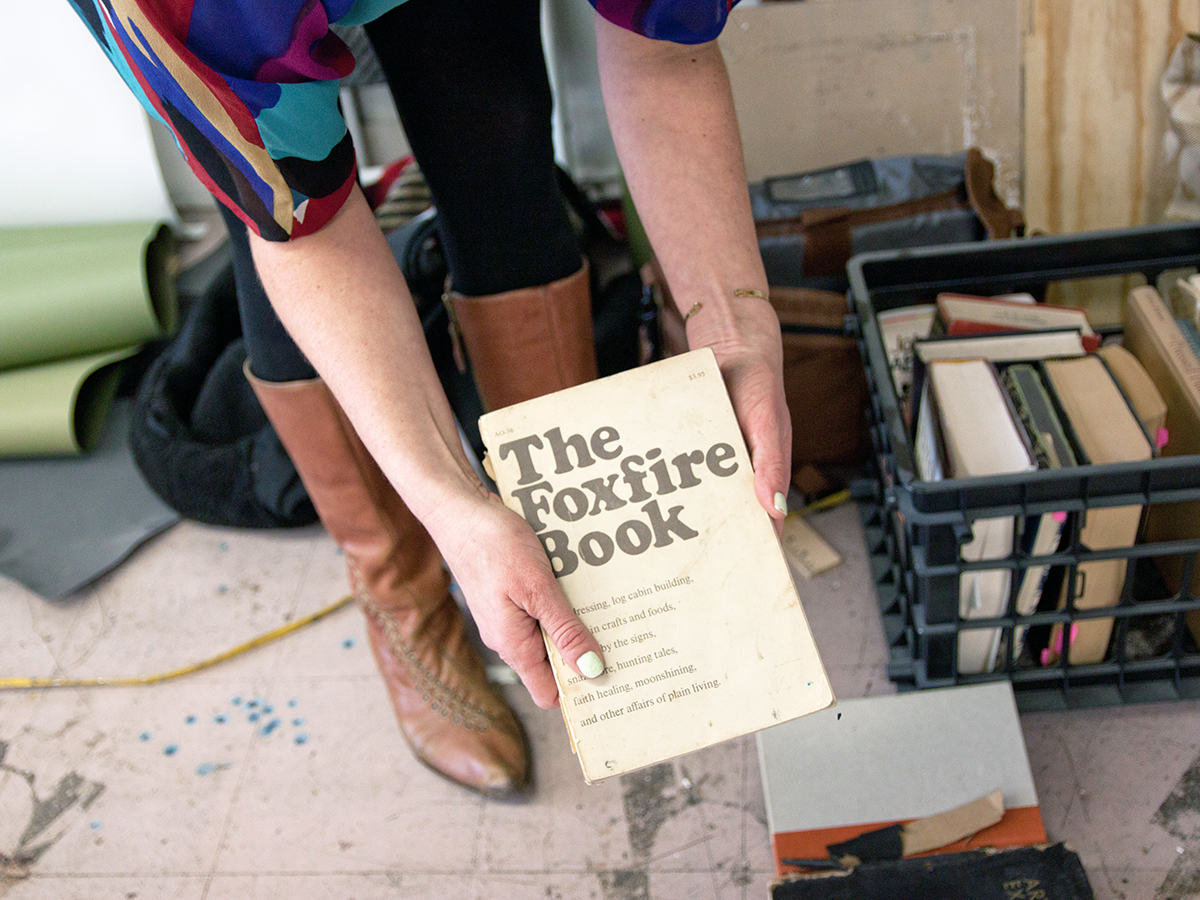 First published in the 1970s, the Foxfire series was an oral history of Appalachian traditions that could also be used as a practical guide to living off the land. This copy belonged to Norton’s parents. Stuffed inside was an old note, in her father’s handwriting, with home remedies, including what to do if you step on a rusty nail. “It was like, take a cobweb and bacon and an orange peel and wrap it in muslin and apply that to the entry point. I pulled this prank on my dad where I called him and told him I’d stepped on a nail, and he was like ‘Go to the emergency room right now!’ Then I told him I found his home remedy and he was like, ‘That sounds insane and really not safe.’ And I said, ‘But it’s written in your handwriting.’ And he said, ‘I would never write anything like that.’ There was this big pushback and resistance, like, that’s not me. Some of it’s because of time and memory, but I think a lot of it is what you choose to remember and what you choose to forget.”