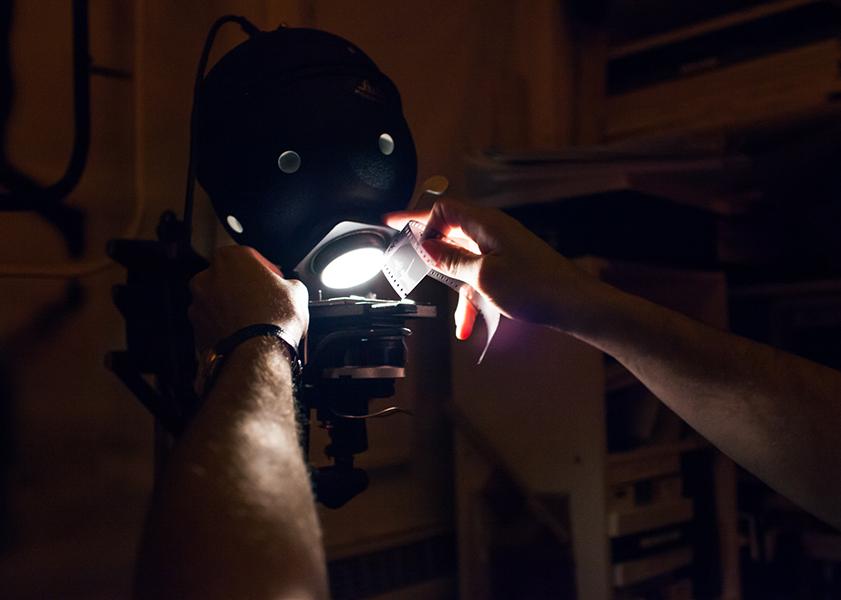 D’Agostin loading a negative into the enlarger, containing an image of a pyramid of Shanghai acrobats. “This is considered a pretty hard one, because it’s all about the way that the bodies pop out from the black,” he says. “It’s very, very tricky.” He’s also a perfectionist, and can spend days in the studio going through dozens of sheets of photo paper before he makes a print that’s good enough to sell or exhibit. Ours, of course, would just be a quick test print.