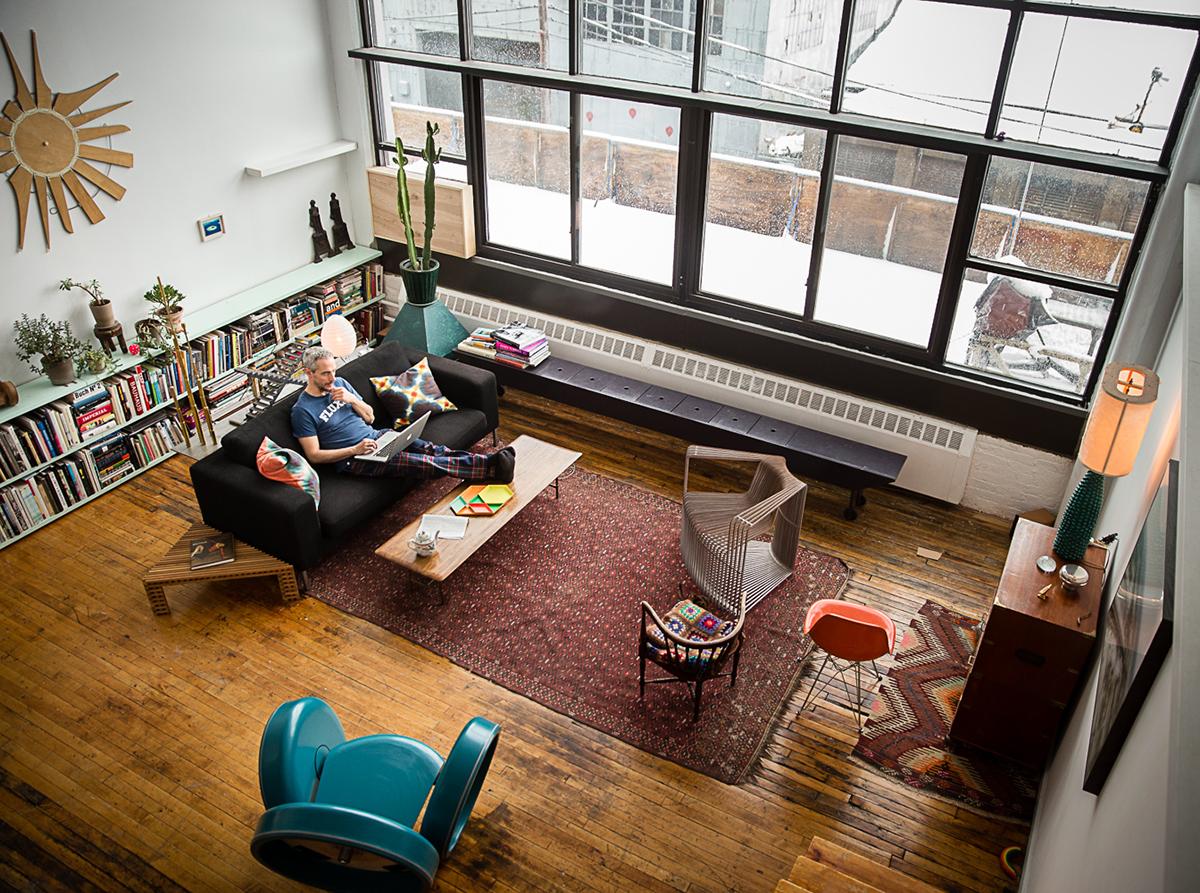 With a debut solo show at Matter in April and a major presentation last week at Sight Unseen OFFSITE, up-and-coming furniture designer Ian Stell has had the opportunity to introduce his kinetic, transformable furniture to quite a few people this spring. Yet most of them, apparently, have read it completely wrong. “I’ve gotten comments recently from people who … assumed I have an engineering background or was trained as an architect, and that couldn’t be farther from the truth,” he recently told photographer Rob Howard, on whose portfolio site we recently discovered dozens of shots of Stell at home in Red Hook, Brooklyn, and at his nearby studio. Howard recorded a short audio file of Stell very eloquently describing his background — he studied sculpture and painting, not engineering — and his approach to furniture design: “All of my designs sit somewhere in between poetry about functional objects and ones that are actually functional,” Stell tells Howard. “I don’t hesitate to pursue something even if it’s incredibly complex … As far as I’m concerned the world is about complexity, and nature is about complexity, and although I’m very happy that there are many people that take a reductive approach to design and to art … it’s not the way that I think.” Check out a small selection of Howard’s images below, then follow the link at the end of this story for much more. 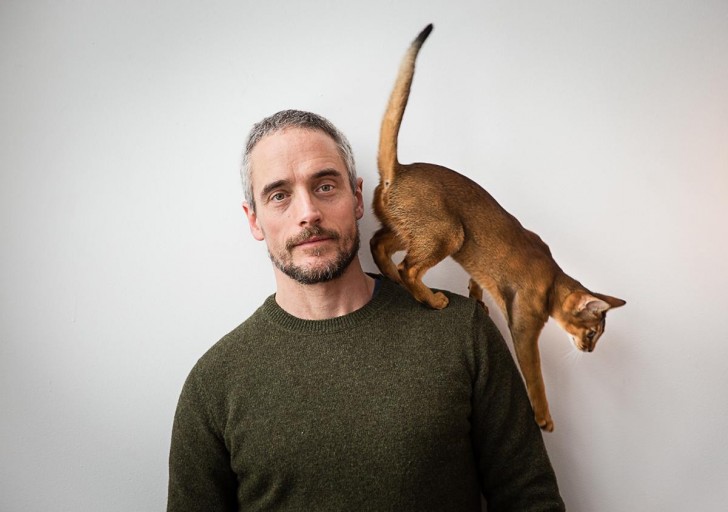 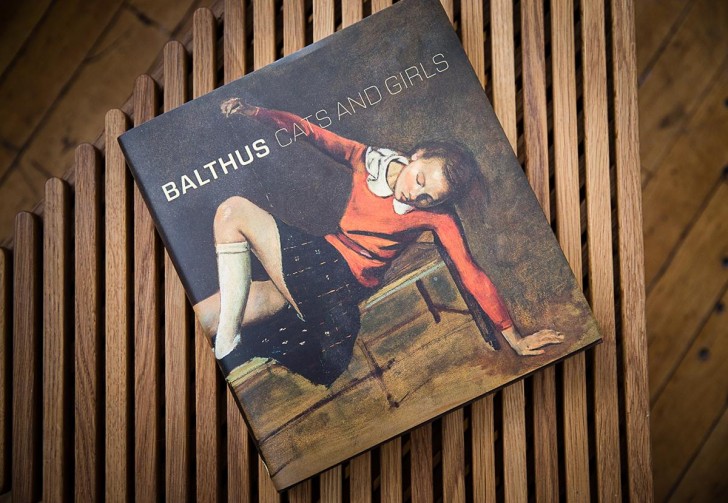 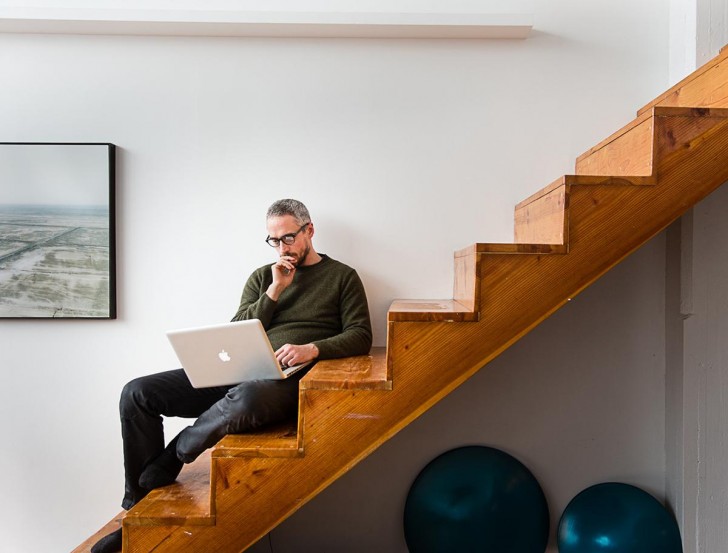 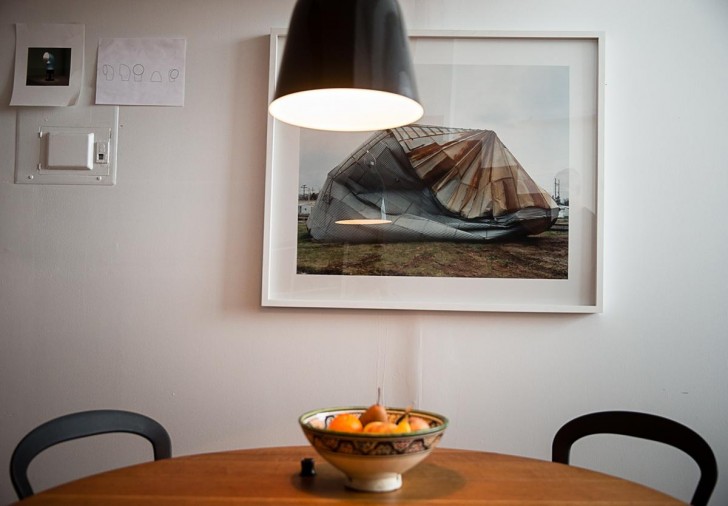 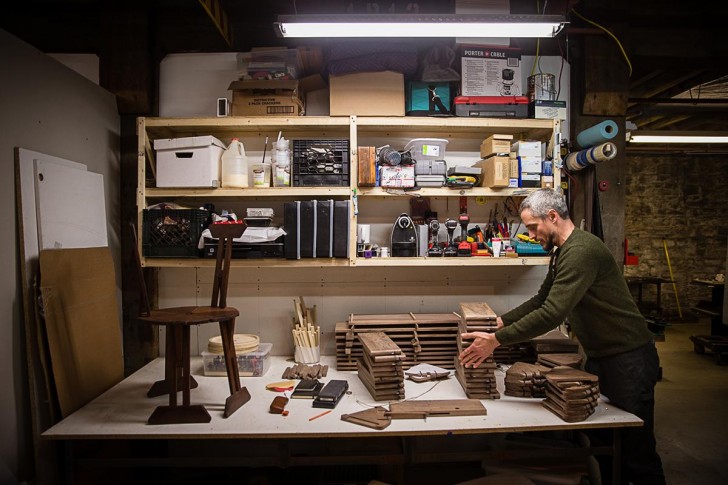 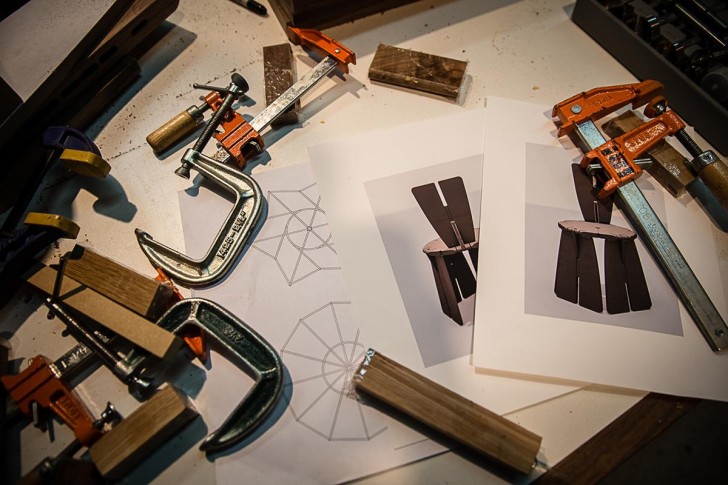 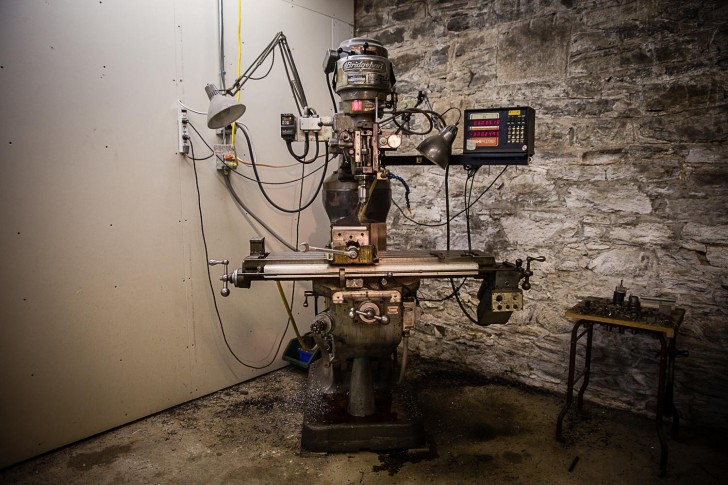 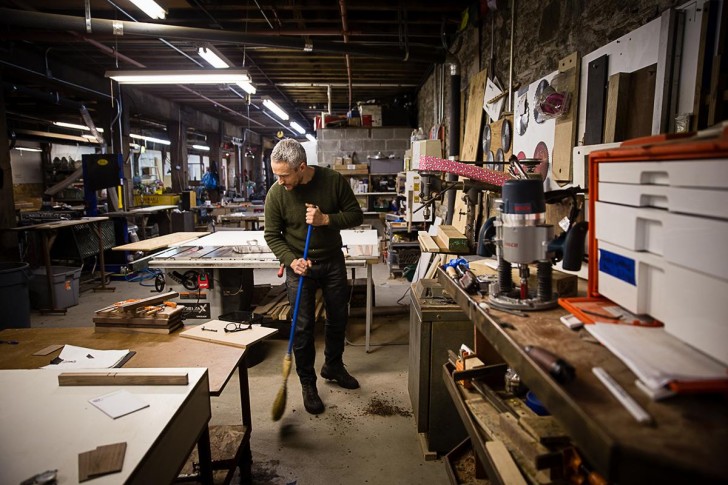 Click here to see all of the images Rob Howard shot of Ian Stell at home and in his studio, and to listen to Stell speak about his work. 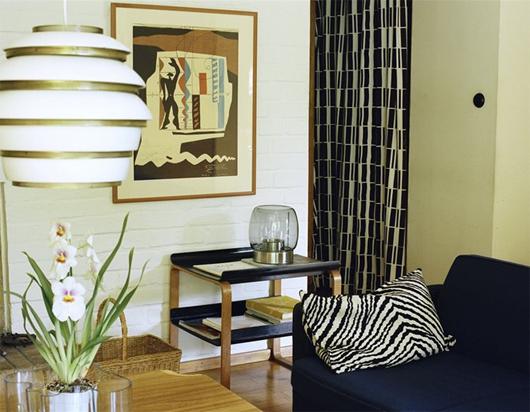 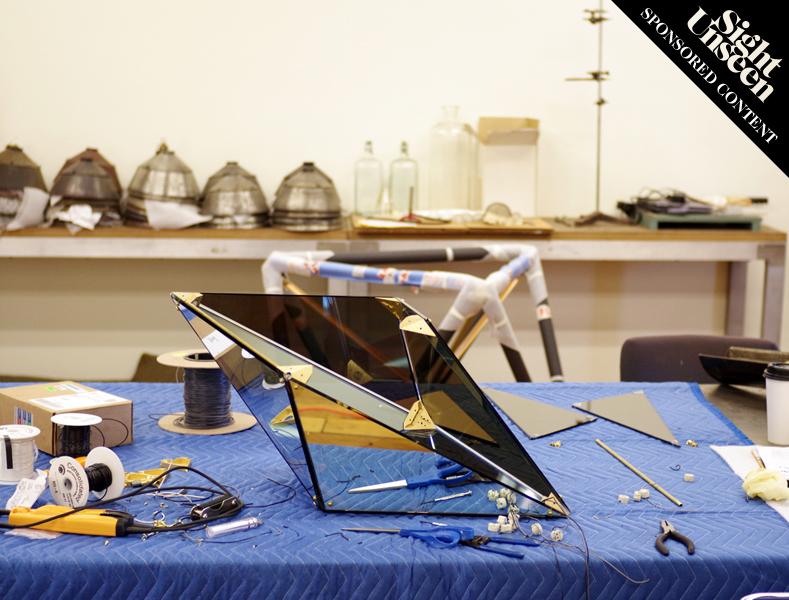 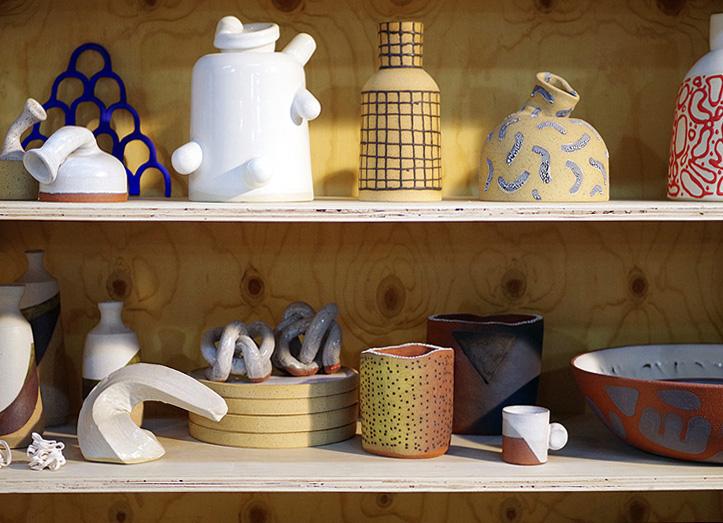