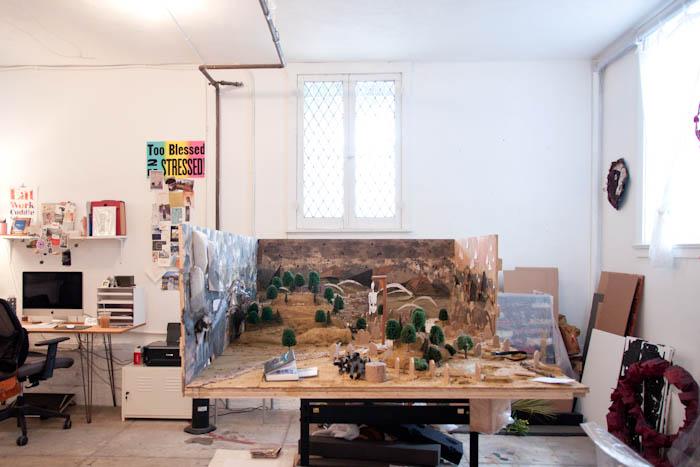 “That’s a set Will was building for a short film he was making. Everyone who walked in would be like ‘Beetlejuice!’ It’s a little graveyard scene. We filmed live action parts that he’ll superimpose on to it. I have a nice camera so he makes me film stuff for him.”