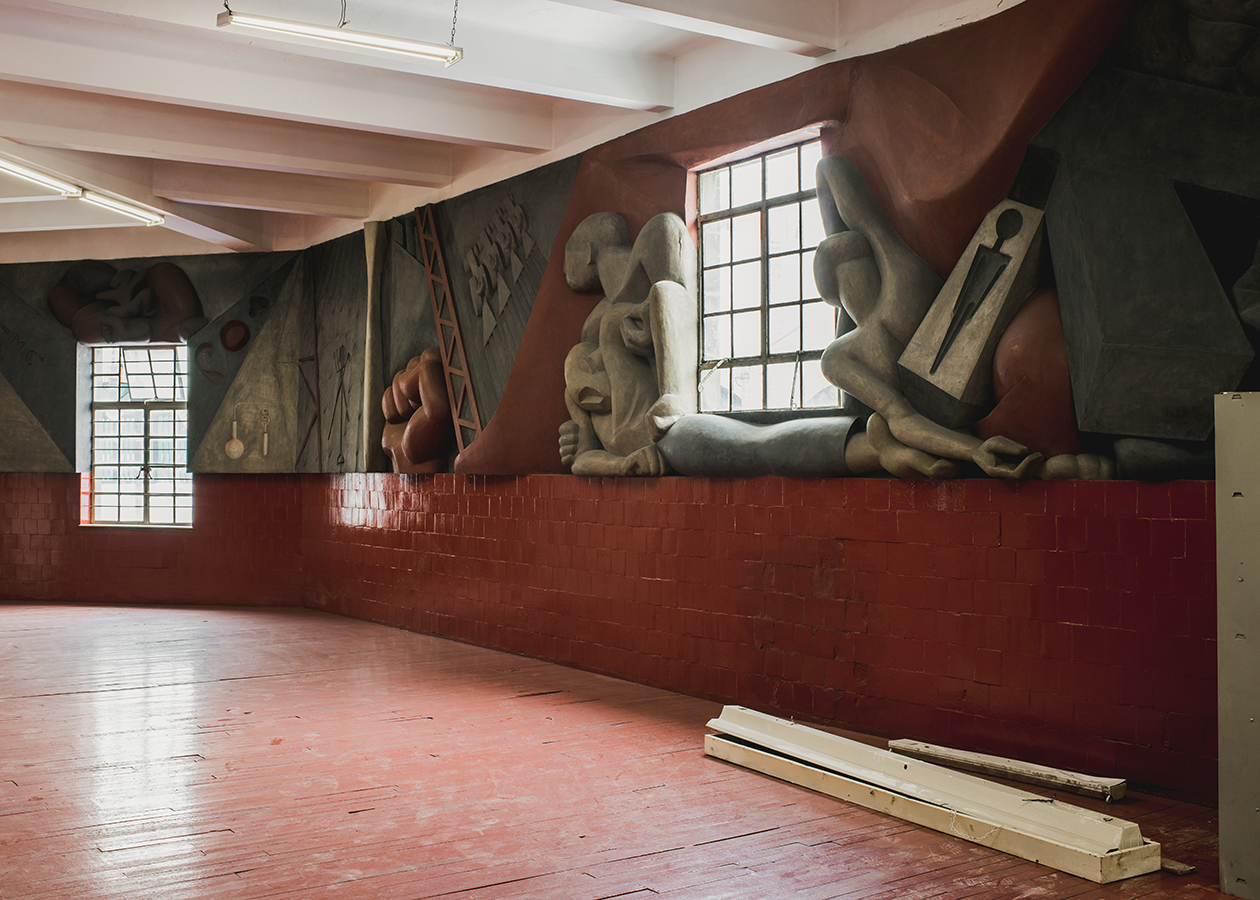 “Maybe it's not entirely fair to call this Noguchi mural ‘forgotten’ or ‘secret,’ but it's certainly neglected,” Su tells me as we clamber up the stairs of a nondescript market building in Centro; seconds later we’re face to face with an expansive Socialist relief. “Mexico, at the time this mural was made, was a super leftist hotbed. Diego Rivera, Frida Kahlo, Trotsky—it was welcoming of all these leftist thinkers, and a lot of intellectuals who were refugees from Europe.” For her MASA Collective/Collectible contribution, Wu was able to borrow a Jose Dávila painting of the telegram Buckminster Fuller had sent to Noguchi about the theory of relativity. “That telegram was the central, early inspiration for the MASA show, which was about how friendships can come to define a place much better than borders.” Cordoned off by caution tape (and rightfully so, as the floorboards have given way in parts) and practically blockaded by discarded office desks, the mural is something of a preservationist’s worst nightmare—though Wu insists that might not be the right way to frame it. “There’s something really lovely about passing a Noguchi on your way to fight a parking ticket,” she says.