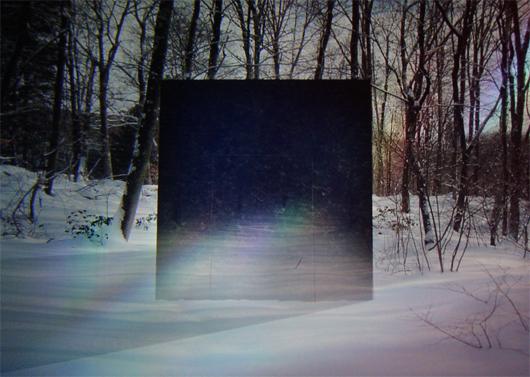 Any first-time visitor to the internet-art blog Computers Club could be forgiven for getting lost in the meandering stream of digital illustrations, photo manipulations, and animated gifs created by its close-knit group of international contributors. With no real nav bar or About Us page to use as a guide, either, they would even be justified in wondering what, exactly, it all means. And if, like I did back in 2009, this visitor decided to trace the site all the way to its founder, they would discover an even bigger enigma: Krist Wood, a doctor in Yale University's Department of Molecular, Cellular and Developmental Biology who spends his days studying the protein nanomotors responsible for cell motion, and who calls his scientific work "part of my art practice." Indeed, I found Wood so intriguing — and Computers Club so freakishly addictive — that I contacted him two years ago, when Sight Unseen was just about to launch, in the hopes that I could feature both him and his cohorts on the site somehow. And yet without a clear understanding of how to capture such a disparate and mysterious group, I let the ball drop, which is why I was so pleased to see an interview with Wood published at the always-thought-provoking Rhizome blog earlier this week, one that actually sheds light on Wood's oeuvre. It's partially excerpted here.
More