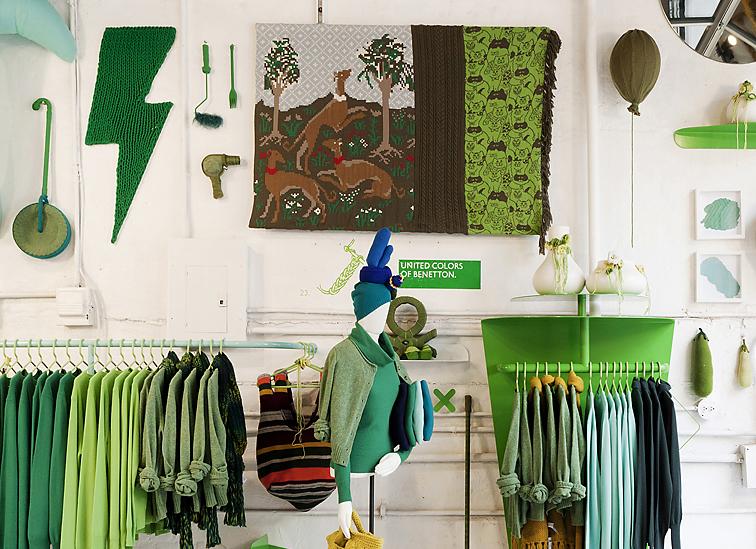 Benetton: The Art of Knit

Tourists emerging from the Broadway/Lafayette subway station in New York’s Soho were in for a shock this fall: Perched atop an old garage behind the BP gas station were two life-sized mannequins, clad in knitted wool and engaged in a rather un-family friendly act. (New Yorkers, used to such things, weren’t particularly fazed.) The artwork was part of the Lana Sutra series by Fabrica artist-in-residence Erik Ravelo, and it was commissioned for a Benetton pop-up shop that opened in the space this past September and closes at the end of this month. But once you stepped inside the 2,200-square-foot garage, you realized that though the knit sculptures were the attention-grabbers, the space was actually full to the brim with ingenious objects that offered clever takes on color and wool, created by the young talents at Fabrica — Benetton’s Treviso, Italy–based designer-in-residence program — under the creative direction of Fabrica’s design head Sam Baron and Benetton’s brand-new creative director You Nguyen. “The concept was to adapt Benetton’s DNA to a more modern vision,” says Baron.
More