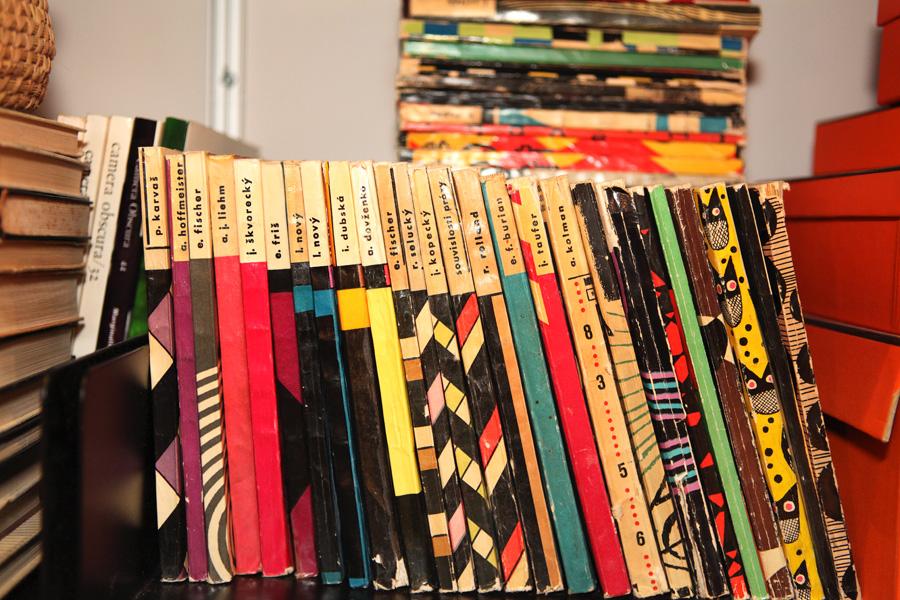 In order to get this colorful series of Czech paperbacks from the '50s, Williams traded a dealer for a duplicate of the aforementioned Charlie Chaplin magazine. He has a lot of duplicates, in fact — it used to be that when he saw something he loved for cheap, he couldn't help but buy it, even if he already had it. In the past couple years, though, he's wound down his collecting activities considerably, which he attributes to the feeling of rediscovery he gets from doing the blog. He's thinking of opening an online store called "acquireamass" to sell his duplicates and other items. He's also planning a mini pop-up store inside Kiosk this spring.