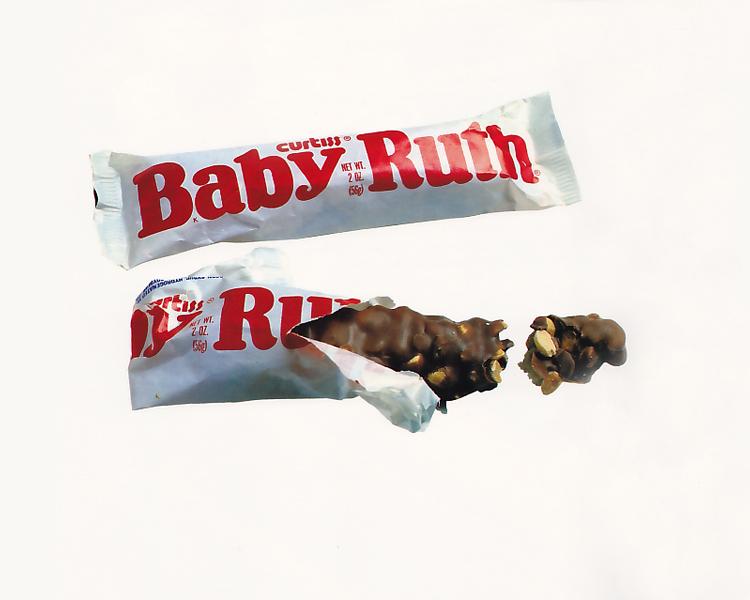 Originator: Otto Schnering. Date of origin: 1920. Slogans: "When You Gotta Have One, You Gotta Have One." Notes: Originally called Kandy Kake, the nut roll was renamed Baby Ruth in the mid-twenties. Contrary to popular belief, it was not Babe Ruth but Grover Cleveland's first daughter, known as "baby Ruth," who was the inspiration. Baby Ruths were publicized by a 26-plane aerial circus, a Scottish Kiltie Band, a racing speedboat, and a six-pony team. In 1924, thousands of the bars, suspended from tiny parachutes, were dropped from airplanes over Pittsburgh. Baby Ruths were carried by MacMillan to the North Pole in 1927; by Admiral Byrd to the South Pole two years later.