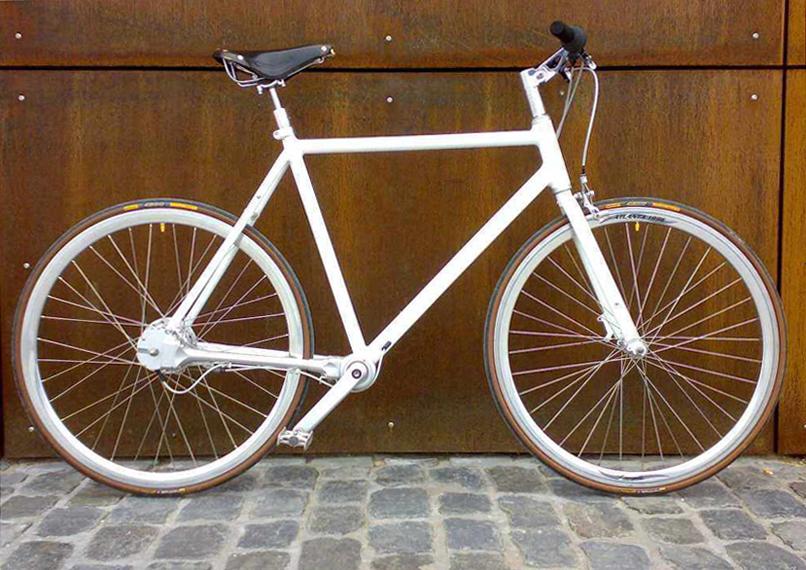 Two-wheelers: “My first bicycle was an ordinary ‘world champion’ bike, a Danish stand-up brand, and then I got a racing handlebar. In high school I started going to shops and picking the parts, then having them assembled for me. One of the mechanics thought I was so weird — I was basically building a mountain bike before they made mountain bikes — then I went down to the same bike shop a few years later, and he had liked my design so much he’d made a lot of them and sold them. But if you knew me back then you wouldn’t have said, ‘This guy’s going to start a bike company.’ Many Danes were into bikes because it’s the main means of transport in Copenhagen.” Above: A modified version of Skibsted's first bike design for Biomega, named after his hometown.