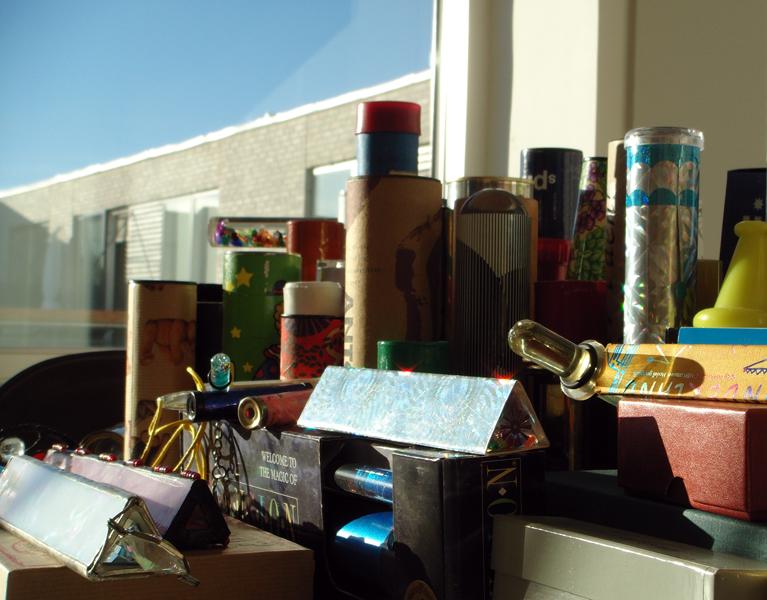 Kaleidoscopes: “In Barcelona in 1992, where I also had the bicycle epiphany, I saw a very nice kaleidoscope at the Antonio Tapies museum. I thought it was nice but was like, why would I buy a kaleidoscope? Then I went to another store and saw another kaleidoscope, and decided I had to collect them, so I bought both. There’s something very analogue about kaleidoscopes, and something also a little bit private and secretive. It’s only your own little vision when you look inside. I have around 100 of them now. Back when I wanted to be a poet, there was a poet and critic in Copenhagen named Poul Borum who was something of a mentor to me, and when he died, I found out that he also had a kaleidoscope collection. I was so annoyed I didn’t know before, because I’d never met another guy who had one.”