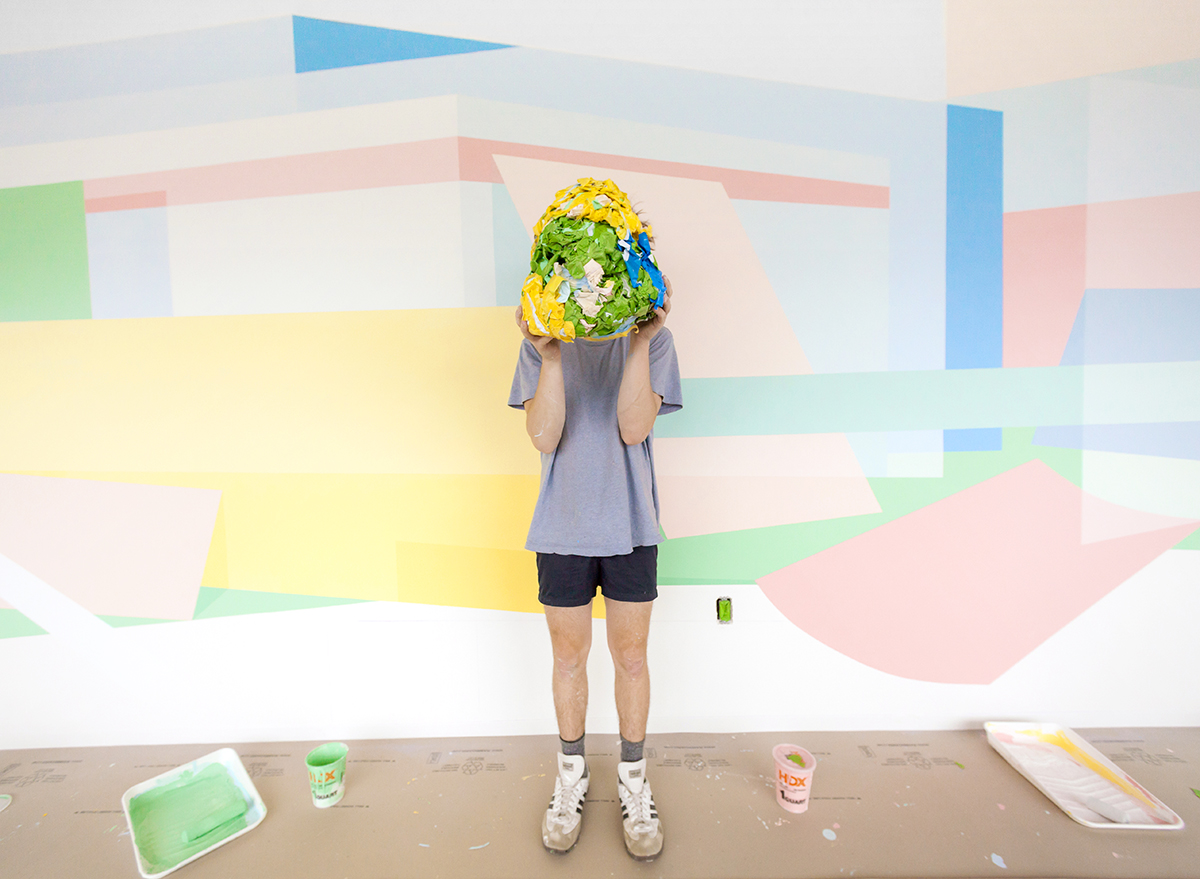 If you’re a dedicated Sight Unseen reader, the name Trek Matthews may ring a bell since we featured his work just a few months ago — paintings of pastel-colored shapes, intersecting and receding into the distance, that were inspired by transit stations and the directional signage of Asia. This time we’re delving a little deeper into his inspiration and process as part of our series featuring the work of four artists who were commissioned to create large-scale installations at Dolby’s new headquarters in San Francisco.

Matthews, who recently relocated to Chicago from Georgia, became known in the Atlanta area for his large-scale murals. Getting his start with the nonprofit group Living Walls (whose purpose is to promote, encourage, and change perspectives regarding public space in Atlanta communities via street art), Matthews quickly became a power player in the world of both private and corporate commissions. Read on to learn more about his process, his inspiration, and what we can look forward to from this talented up and coming artist. 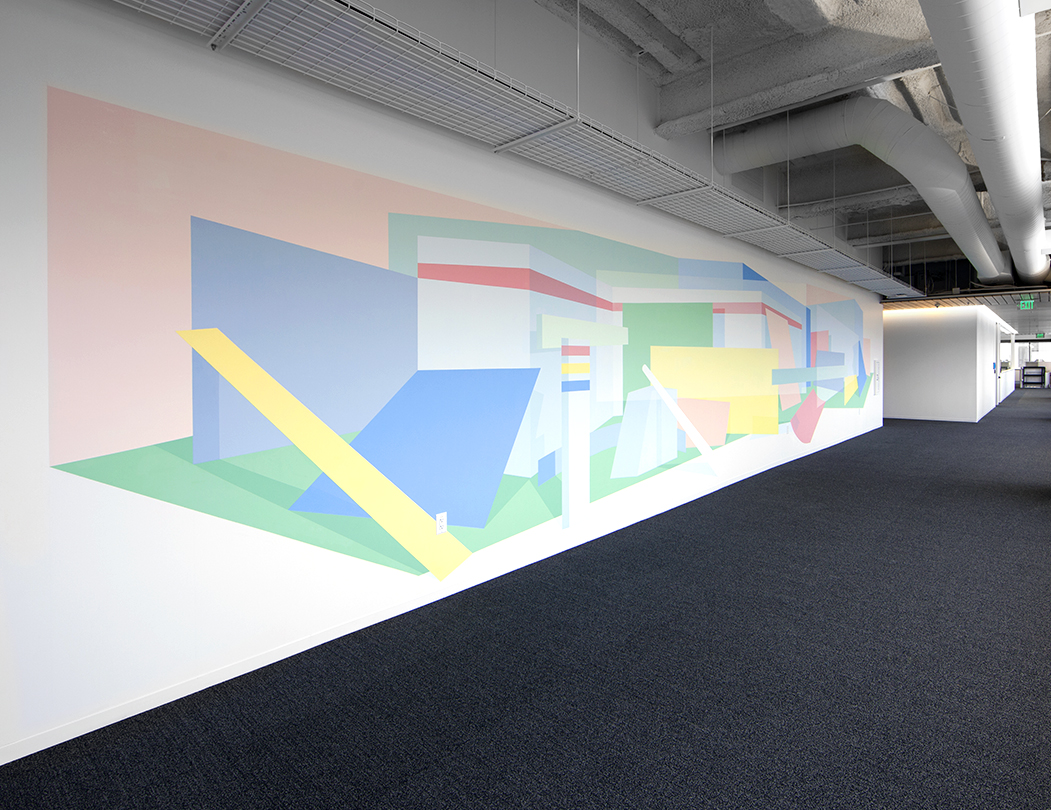 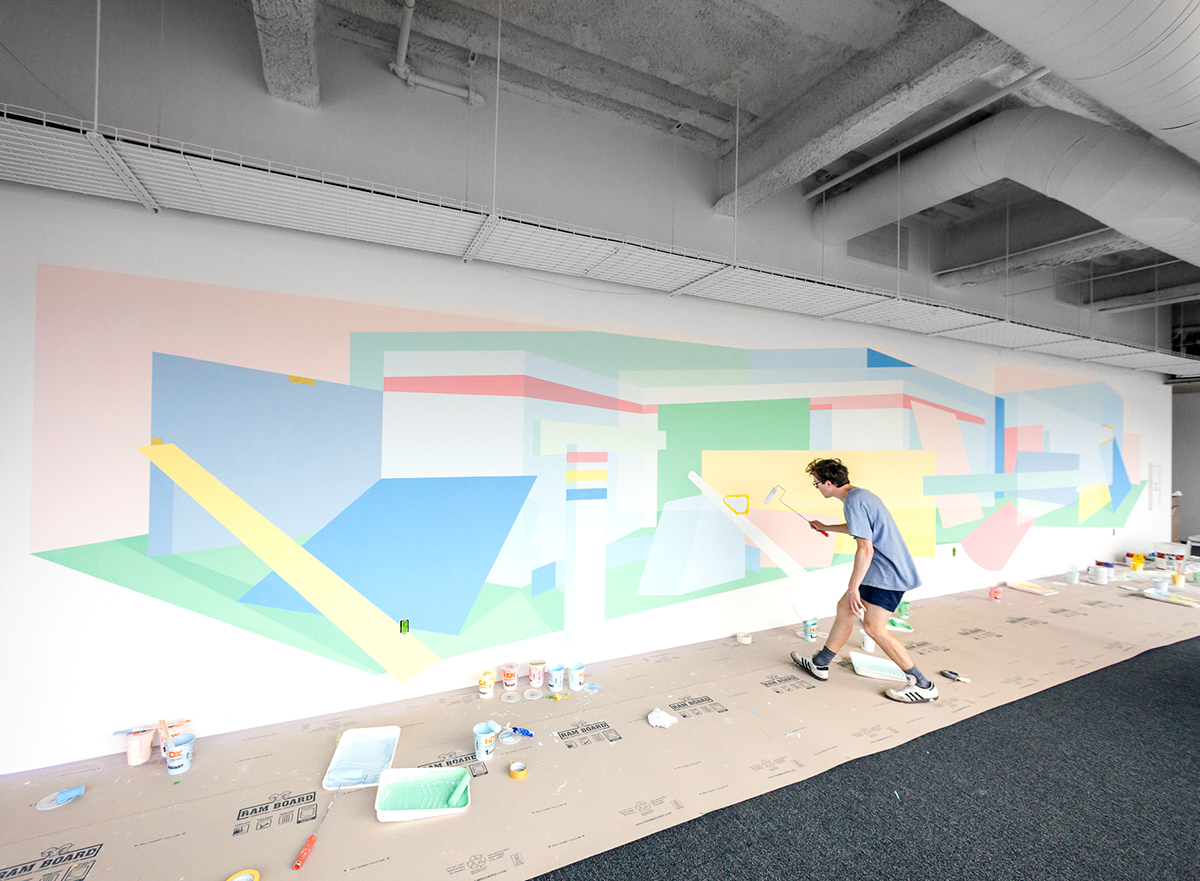 Describe your most recent project and how it was made.
At the new Dolby Labs’ HQ in San Francisco, I had the opportunity to paint one of the interior walls that stretches across a north-side hallway. Due to its exaggerated landscape format, I was unsure of how to arrange a compositionally sound and harmonious image without senselessly repeating gestures and shapes. As I was working draft to draft, I slowly began forming a constructed false space, and within that, I went through a series of constructs populated by rectilinear forms to act as sound bounces through a space. For myself, the constructed portions of the compositions act as the catalyst for the secondary and tertiary forms to interact with and rely on in flat space. Those forms are the more human elements, or in this case, the natural sound elements. I used multiple forced perspective points that allow the angles of the forms to shift as the viewer walks past it, and used the transparent tinting forms to add formal dimension to the work, as with the shadows casted by the forms. The process of its execution is not especially interesting, but the key step in wall paintings is the paint mixing. The hues, tints, and shades are mixed on site using primaries, green, and a large amount of white latex. 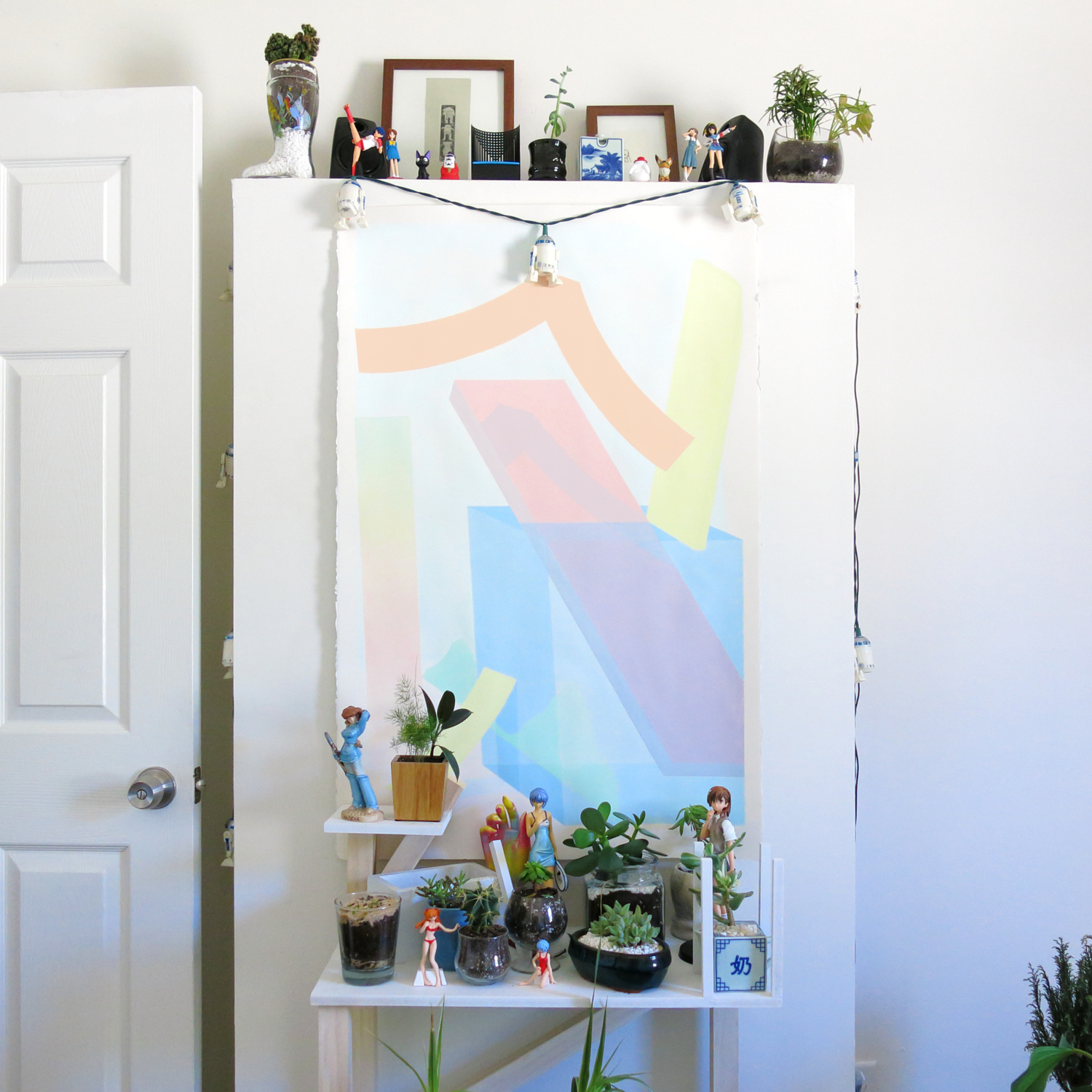 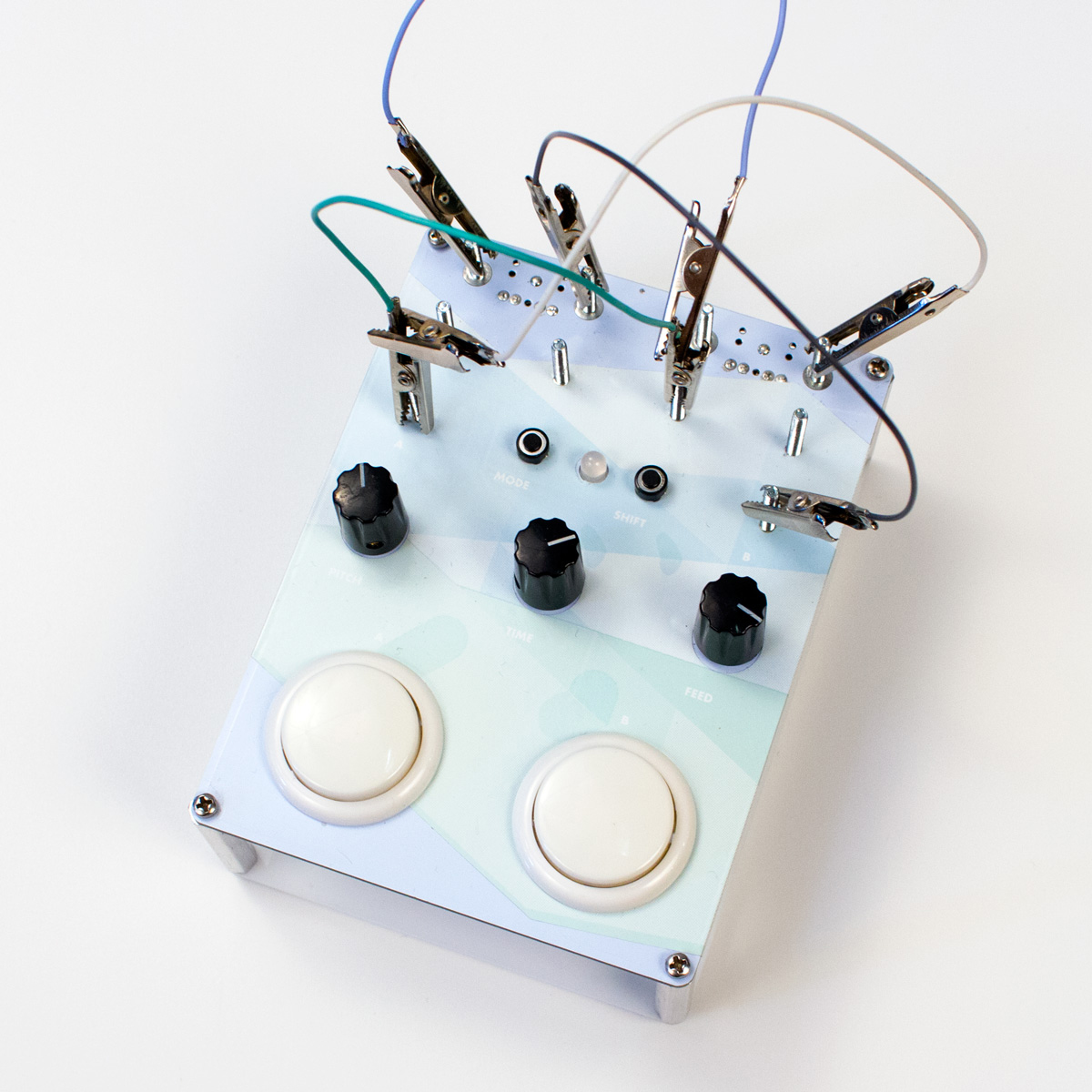 Describe your next project and how you’re currently making it.
The most immediate project is actually a transfer of my work and studio itself. As I type this, I am preparing a move to Chicago. Since starting university, I have been living and working for myself in Atlanta. I had been exploring concepts and aesthetics for my last couple semesters, which led me to what my current work bases itself on. Since graduation, I’ve been looking for a change of pace on day-to-day activities and environments. I am hoping to focus on more personal work, such as works on paper, as well as work on the potential of printed matter, such as screen-printed works, risographs, and perhaps mixed media with my current techniques and materials. Travel continues to be imperative to the flow of my work, and my experiences abroad act as the material itself for my personal work. I have also been fortunate enough to help out on an interesting project called Delaydelus, which is an audio delay and sampling device created by the wonderful Daedelus and Bleep Labs. I am hoping to continue to pitch into the world of collaborating with music producers. 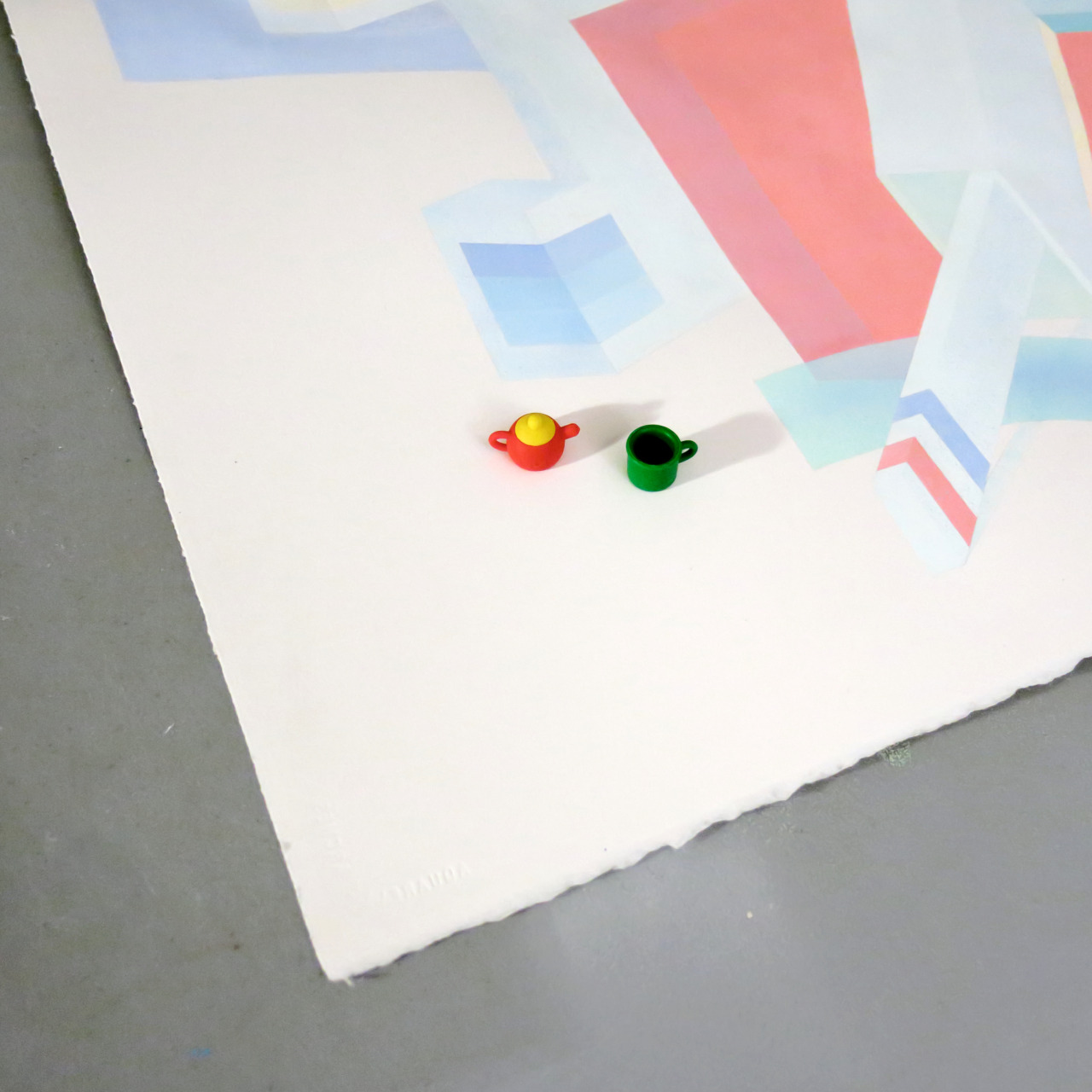 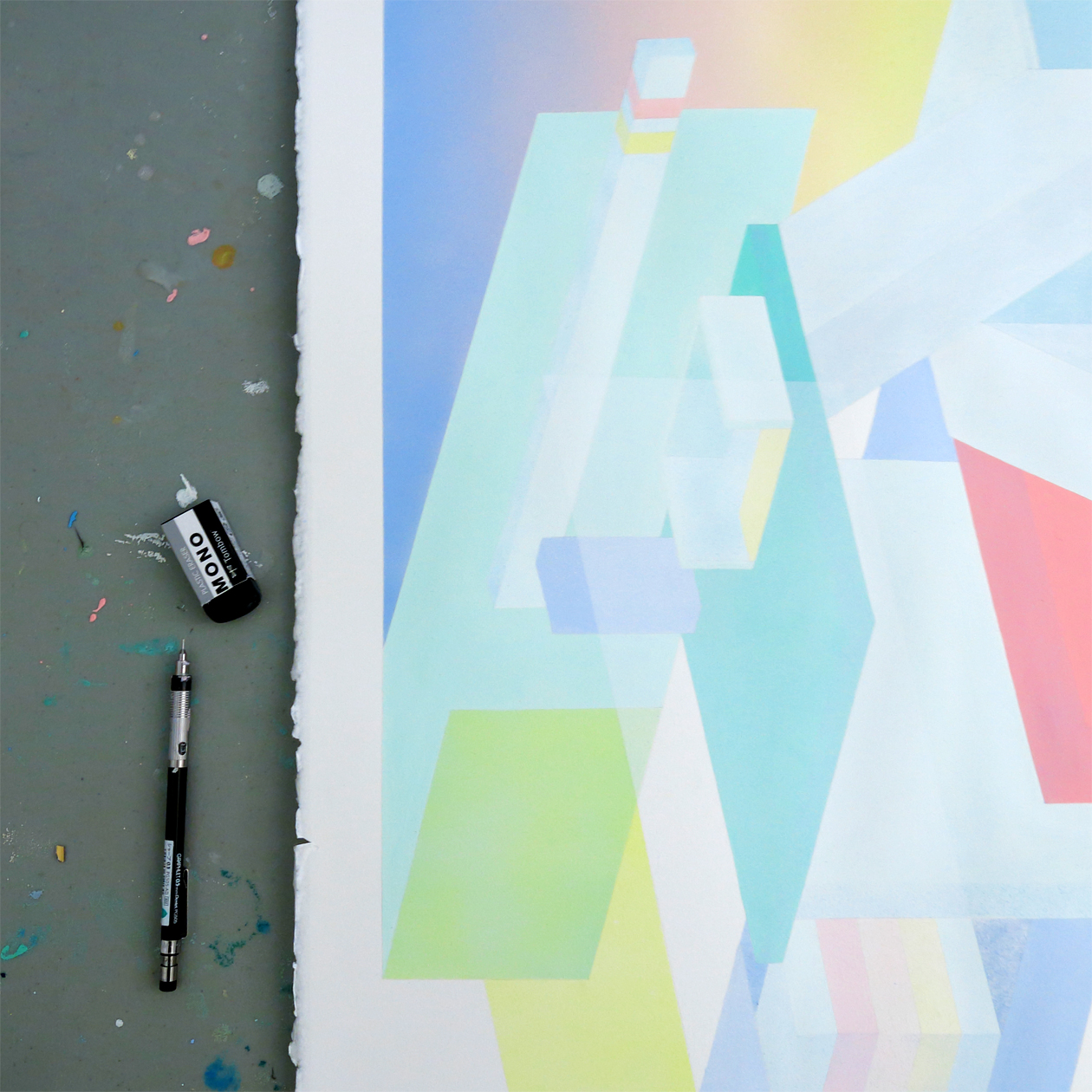 Tell us one thing that’s been inspiring you lately and why.
My ongoing personal project explores public transit systems and stations in places I have visited in the context of a foreigner. The mass of my current work has become a travelogue as a whole, as each particular piece or set is created as a reconstruction of an experience as a series of forms in space. These are executed utilizing letterforms, elements used in transit way finding, and prominent architectural elements used to denote specific locations. Most prominently, a short trip to Tokyo and its surrounding areas has provided me with an immense amount of inspiration and reference. The sheer complexity of its ability to move a massive population from place to place with its punctuality achieved down to the second continues to baffle me. 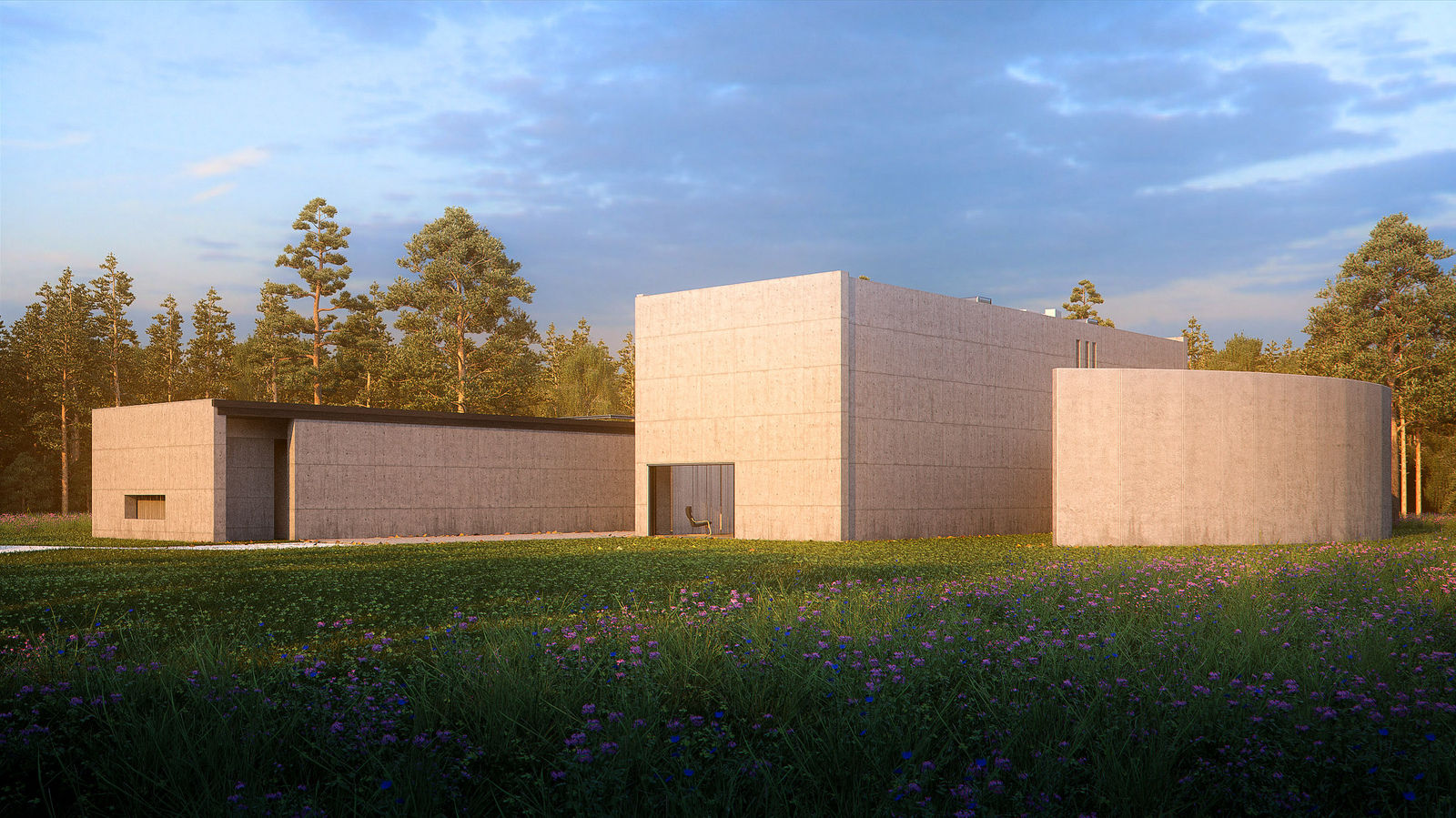 Name your favorite piece of design from the last 10 years, and tell us why you like it.
I have been looking at the work of Japanese architect Tadao Ando as of late. The structures that Ando has designed, ranging from single-family units, to large multiuse complexes, to art museums and churches, has snagged my interest this past summer. Inherently, architectural works with a focus on concrete rectilinear forms are seen as unemotional and particularly depressing (read: UChicago’s massive brutalist library). The forms made through Ando’s work, however, strike me as soft and human. He unifies heavy industrial forms with its natural surroundings and environmental context, and the interaction with natural light creates a series of dynamic compositions with a naturally subdued palette. I am particularly keen on the Koshino House, but both the Church of Light and Church on the Water are beautiful structures as well. 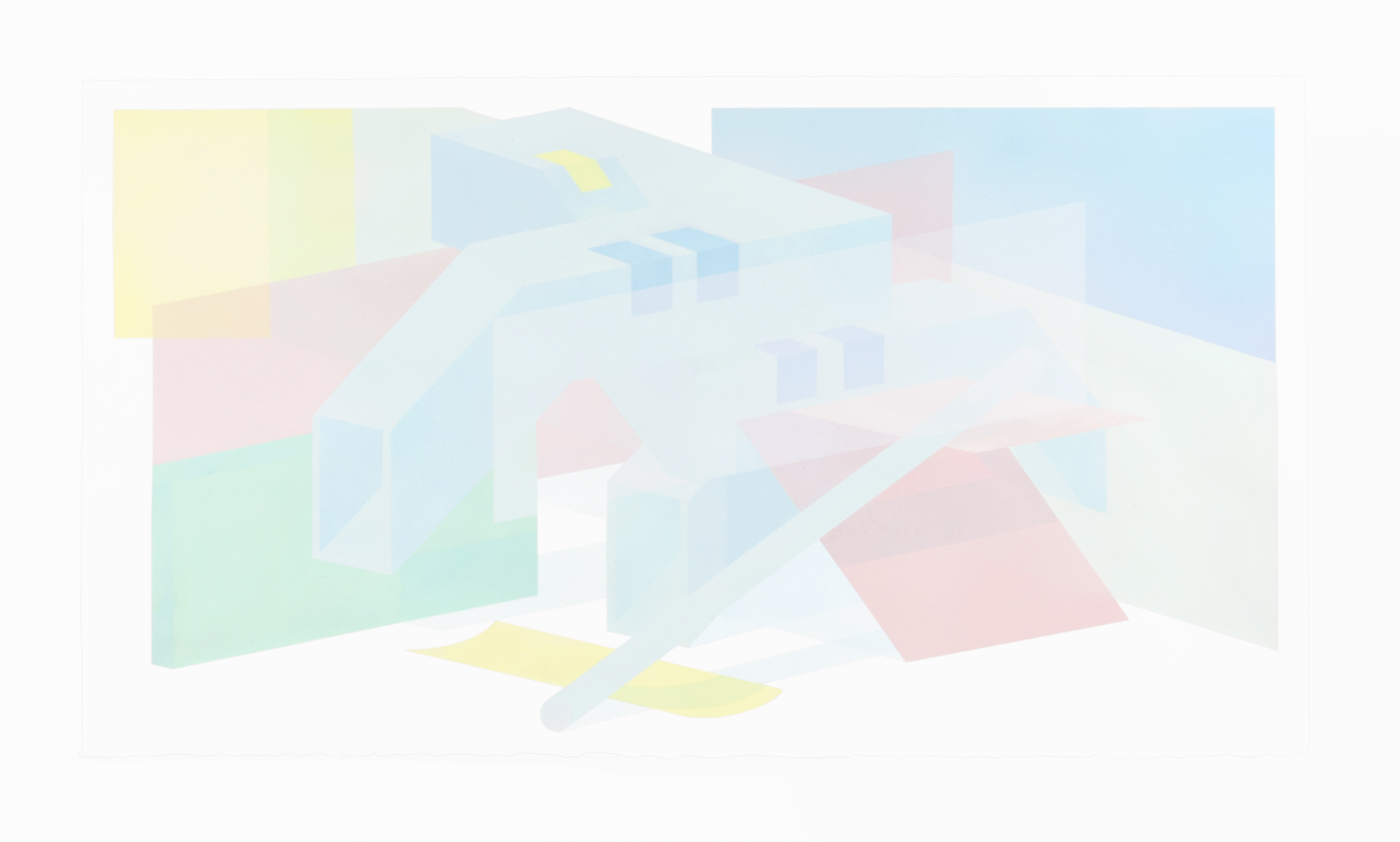 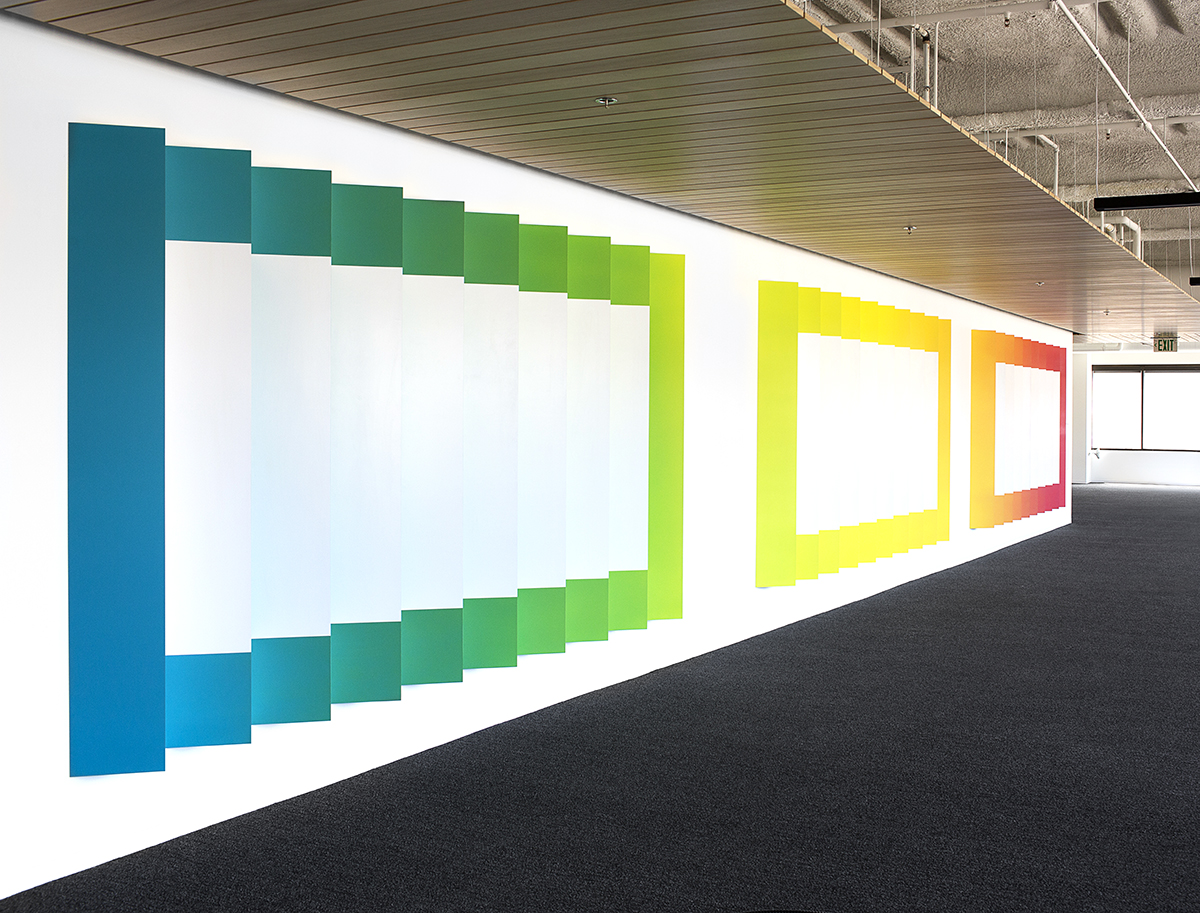 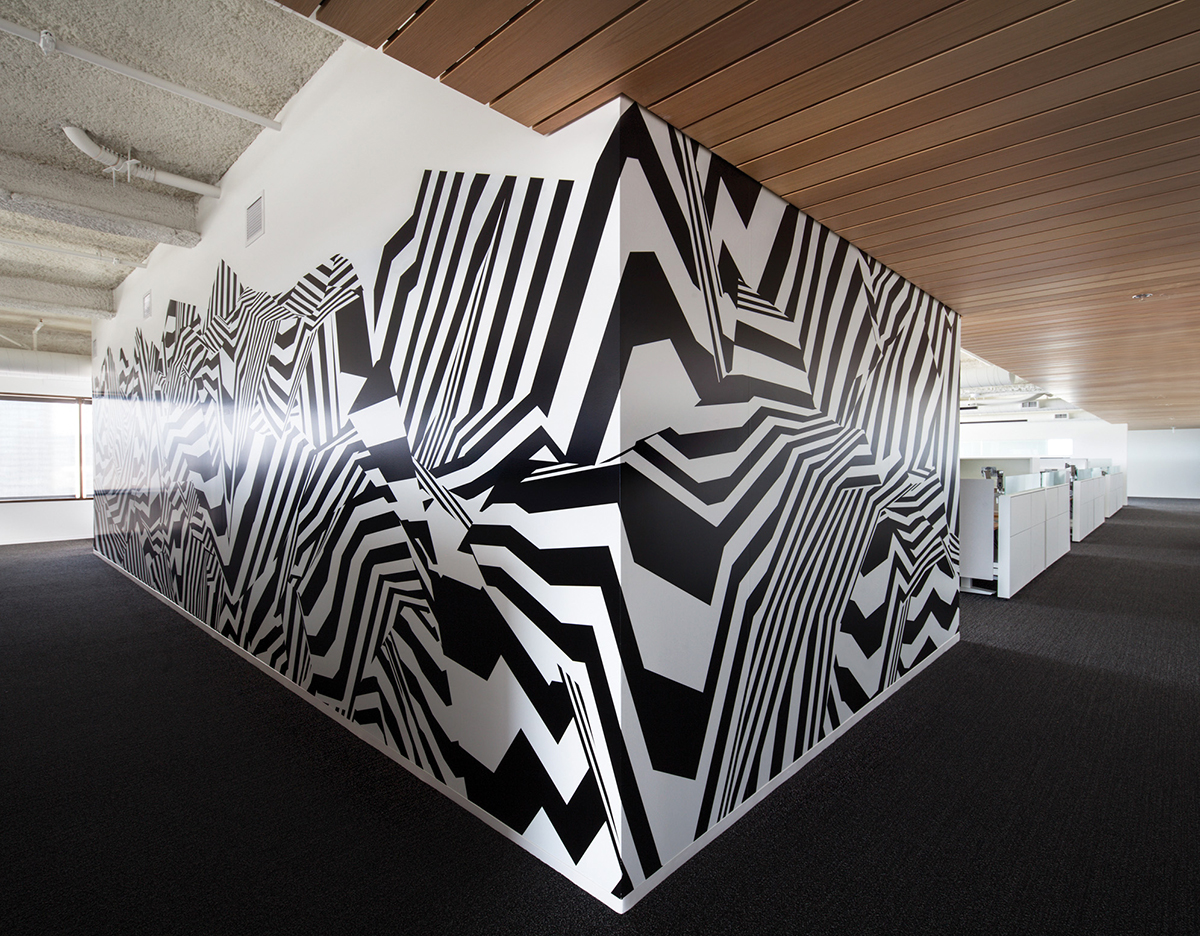 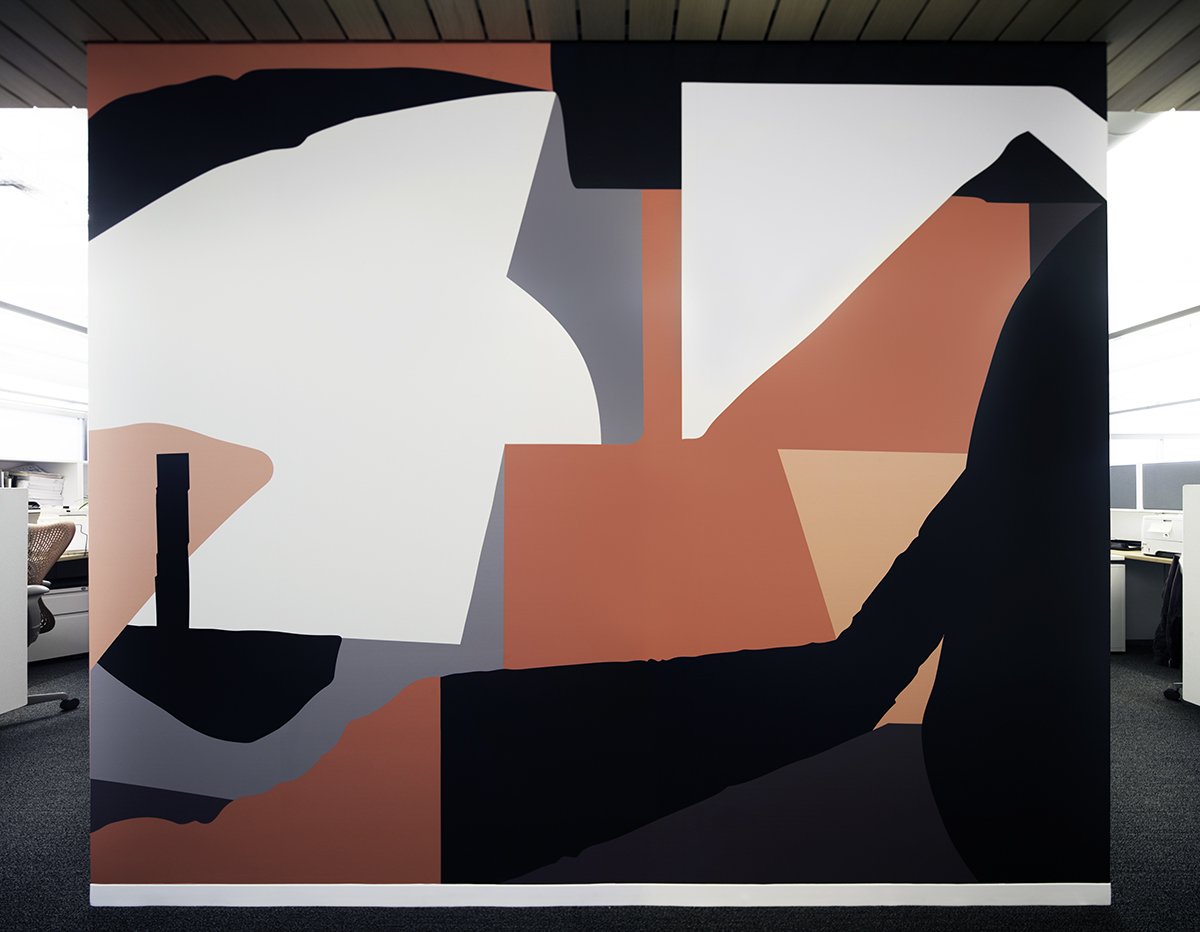 Portland-based Drew Tyndell is the creative director of his own studio, Computer Team, which specializes in 2D hand-drawn and stop-motion animations. But he’s also an accomplished artist in the more traditional sense of the word, and his most recent project is a commissioned mural for Dolby’s new headquarters in San Francisco.
More