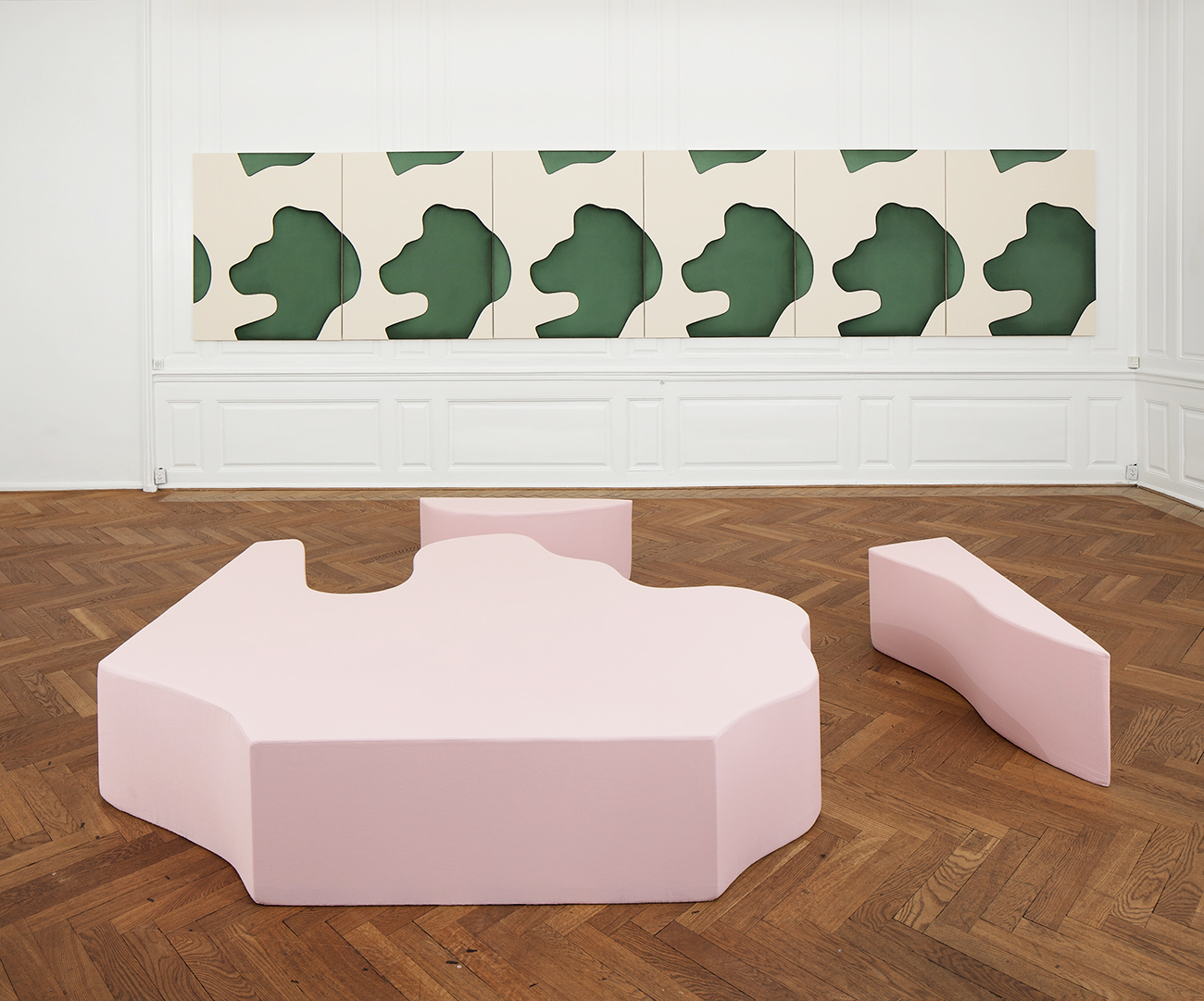 A Brooklyn Painter Moves From Two Dimensions to Three

The last time Landon Metz showed at the Copenhagen art gallery Andersen’s Contemporary, he created a series of stretched, amorphous canvases, each stained a deep indigo that reached seemingly past the edges of the frame, with many wrapping around the gallery’s walls or door frames. That series, he said, stemmed from an effort “to make the medium of painting more interactive and experiential, and to integrate it into the surrounding environment. Considering the whitewashed, boxy nature of contemporary gallery spaces, Metz began by posing a question: ‘How can these walls and the movement of a person navigating through the exhibition become part of the work?'” His most recent exhibition for the Danish gallery, which opened late last month, takes that notion one step farther, rendering his signature shapes in a gorgeous ripple of green-stained canvases, yes, but also in upholstered, divan-like furniture and in shadowy films on display. Called At the bodega on the corner they have black plums 2 for $1 and cactus pears 2 for $1 and tangerines 2 for $1, it’s a fascinating evolution for an artist whose work deals with a relatively strict set of core principles, more Albers than Stella. The show is on view through September 23. 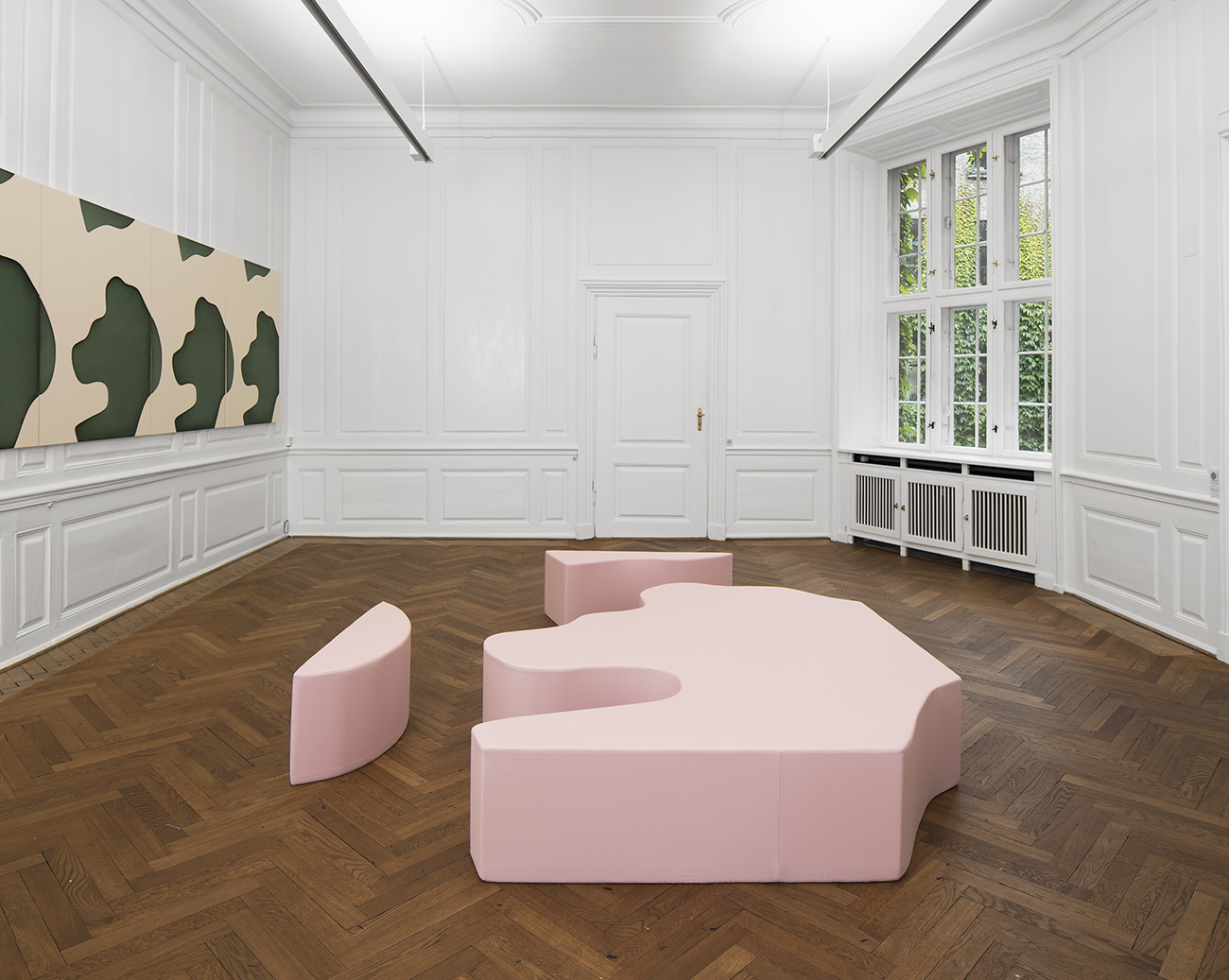 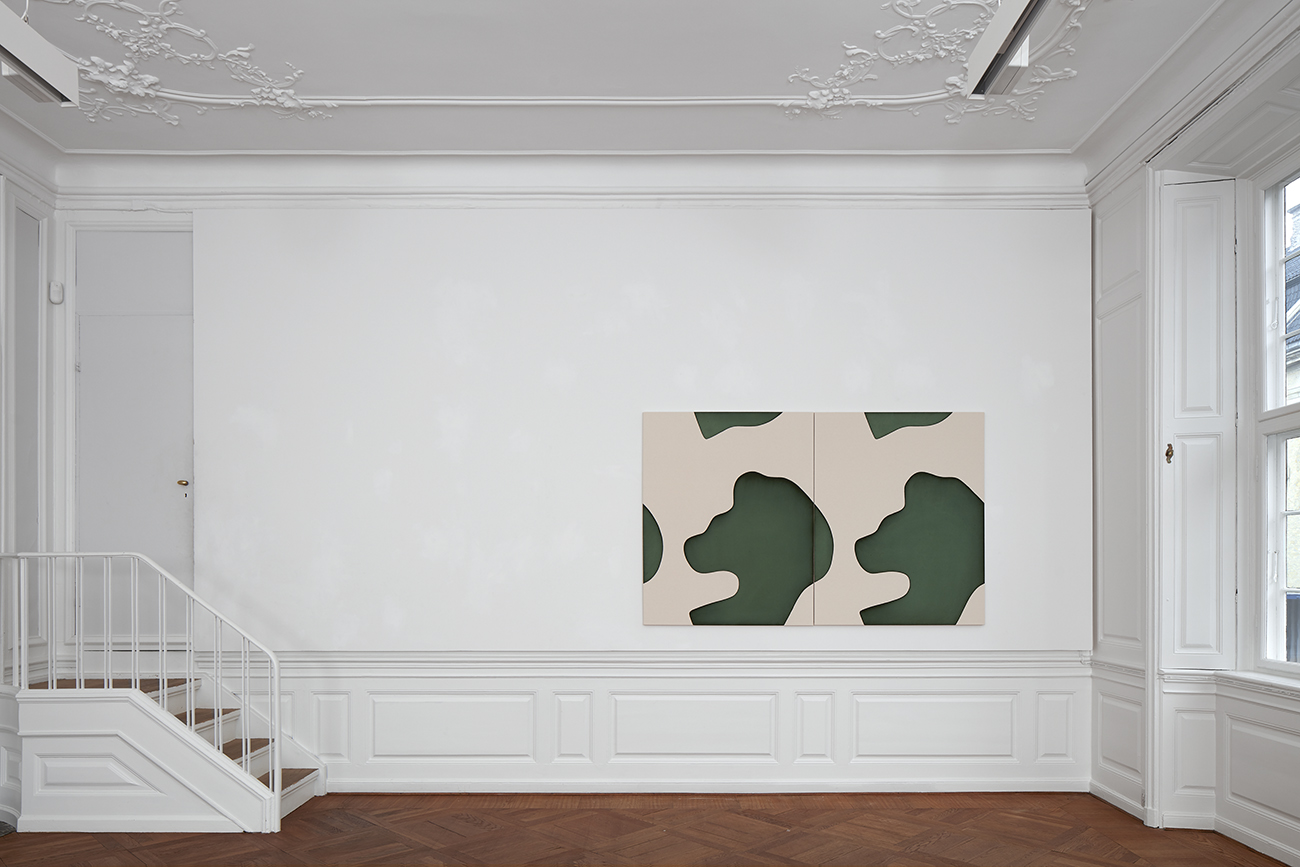 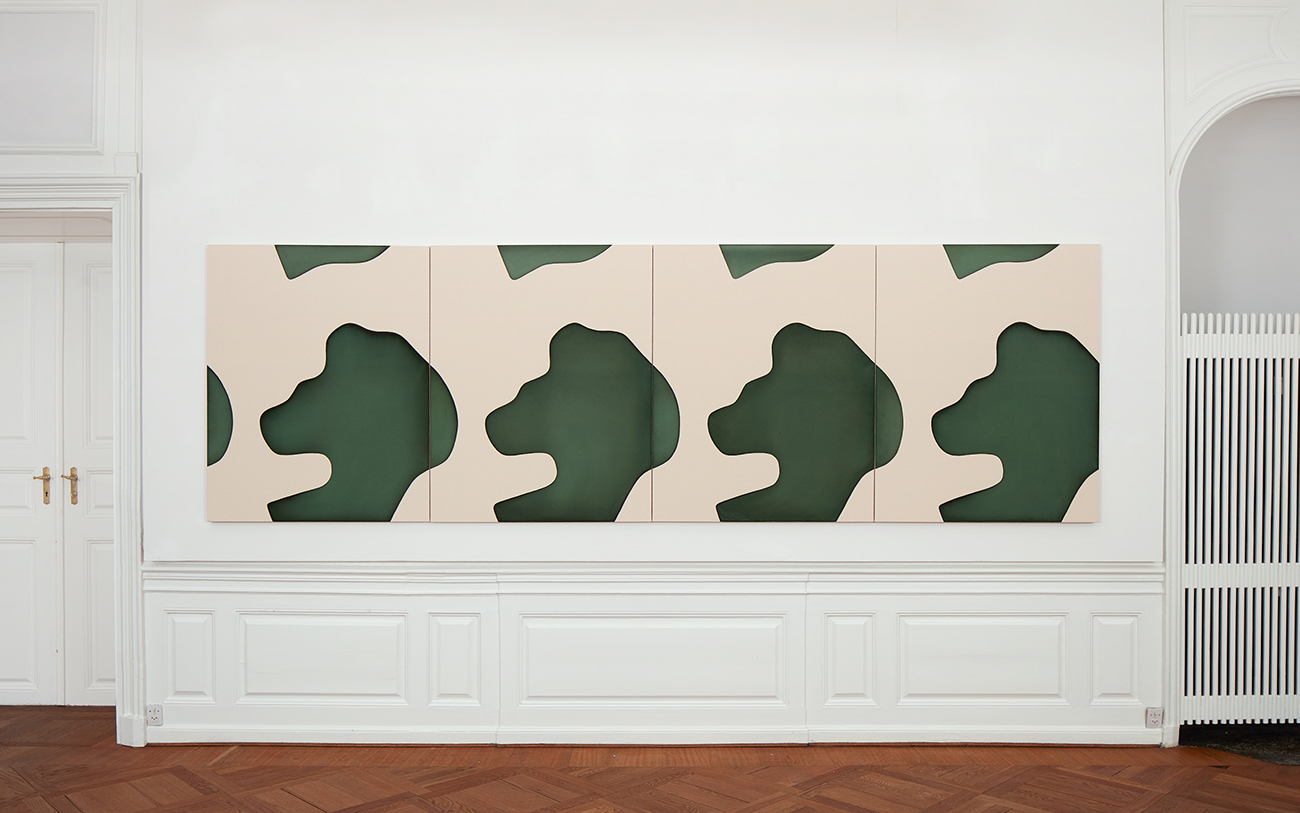 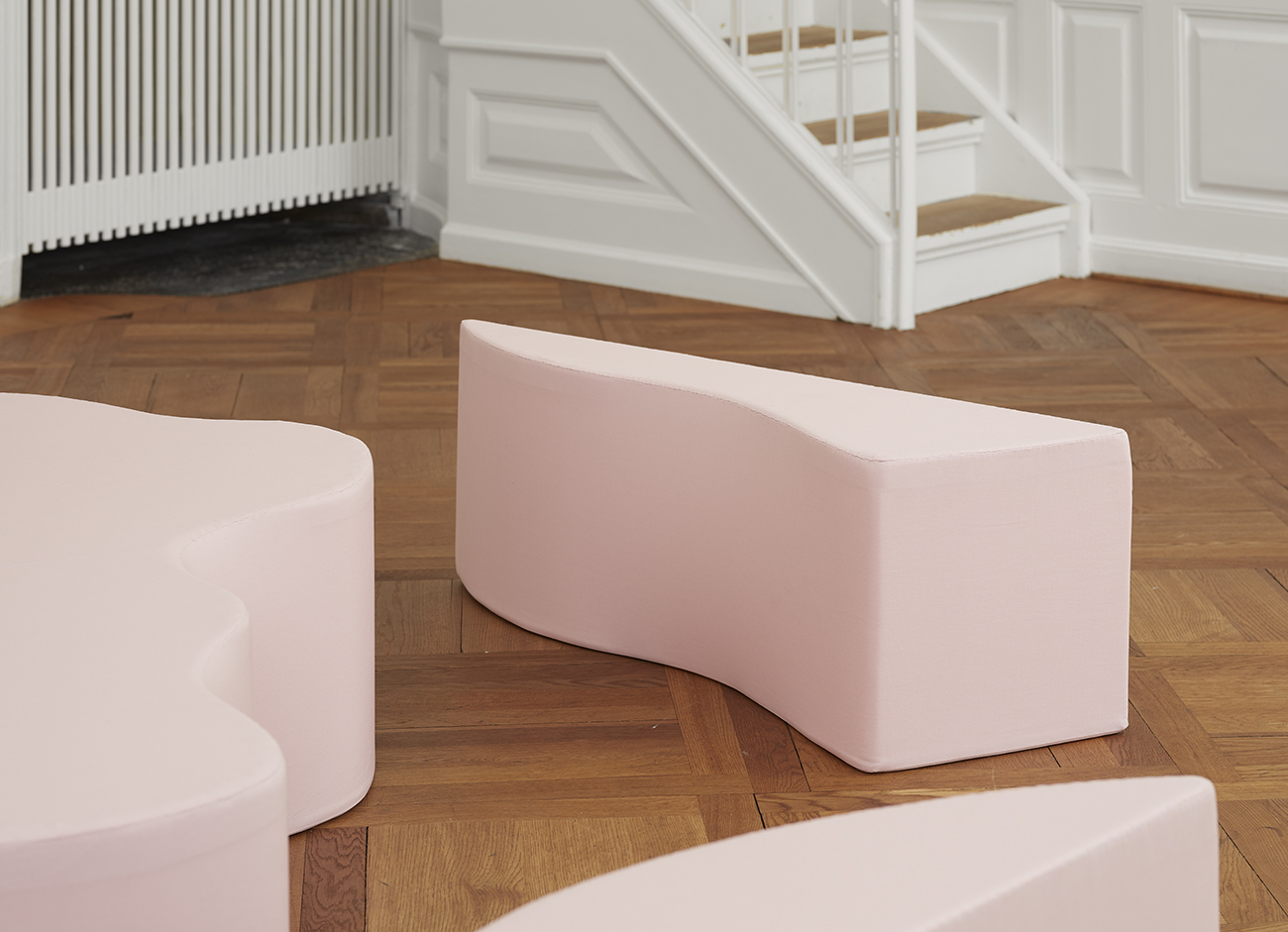 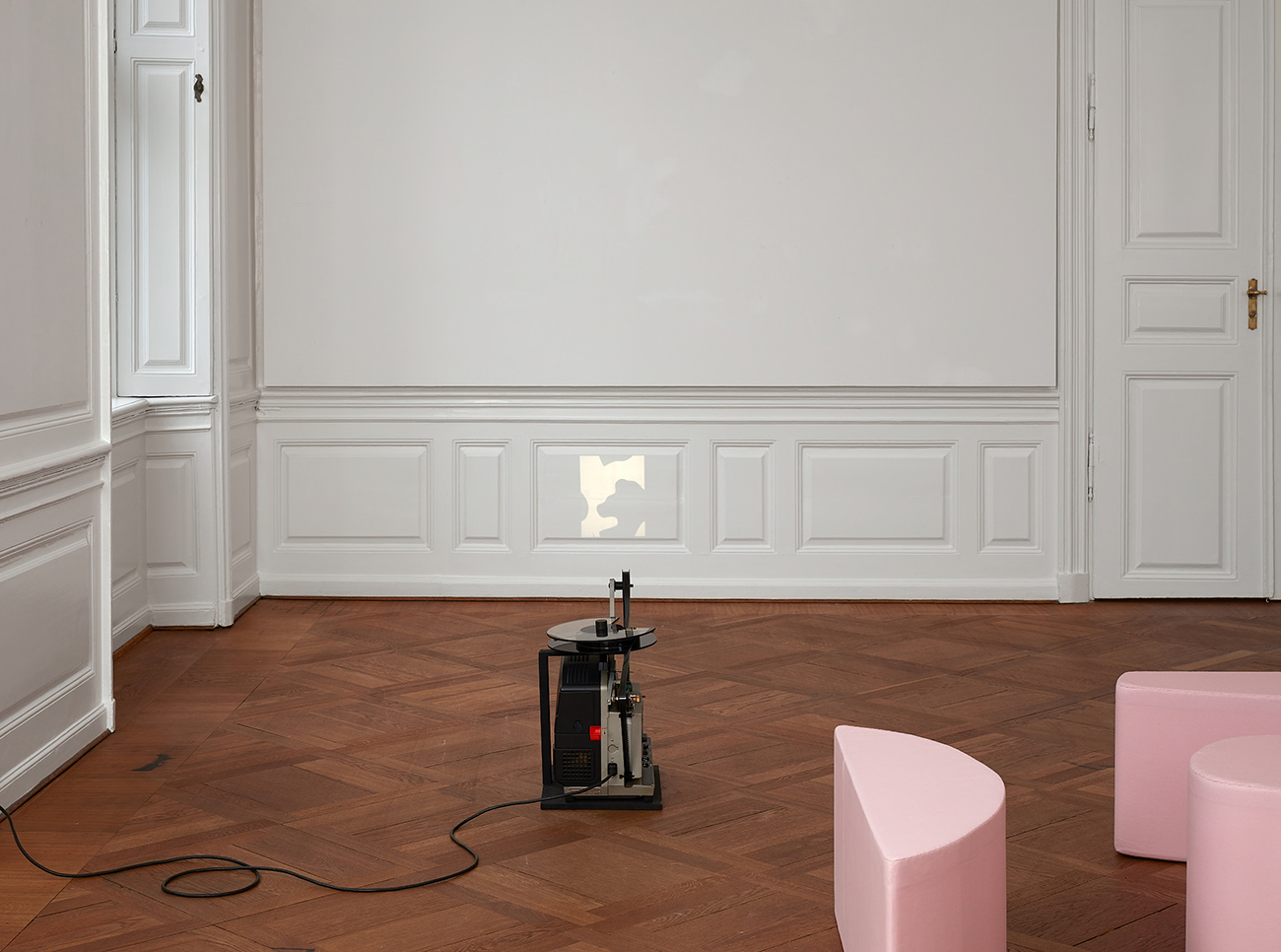 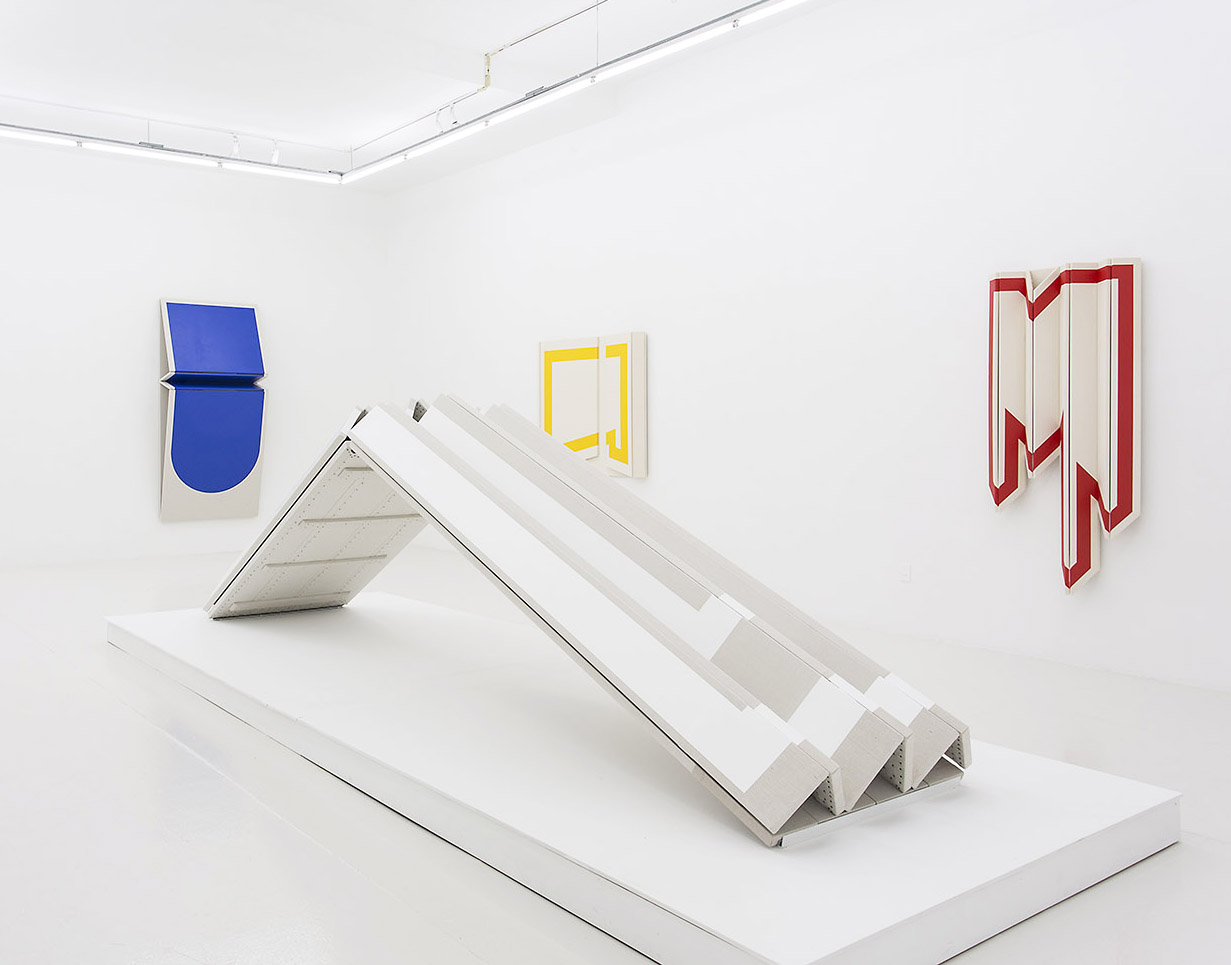 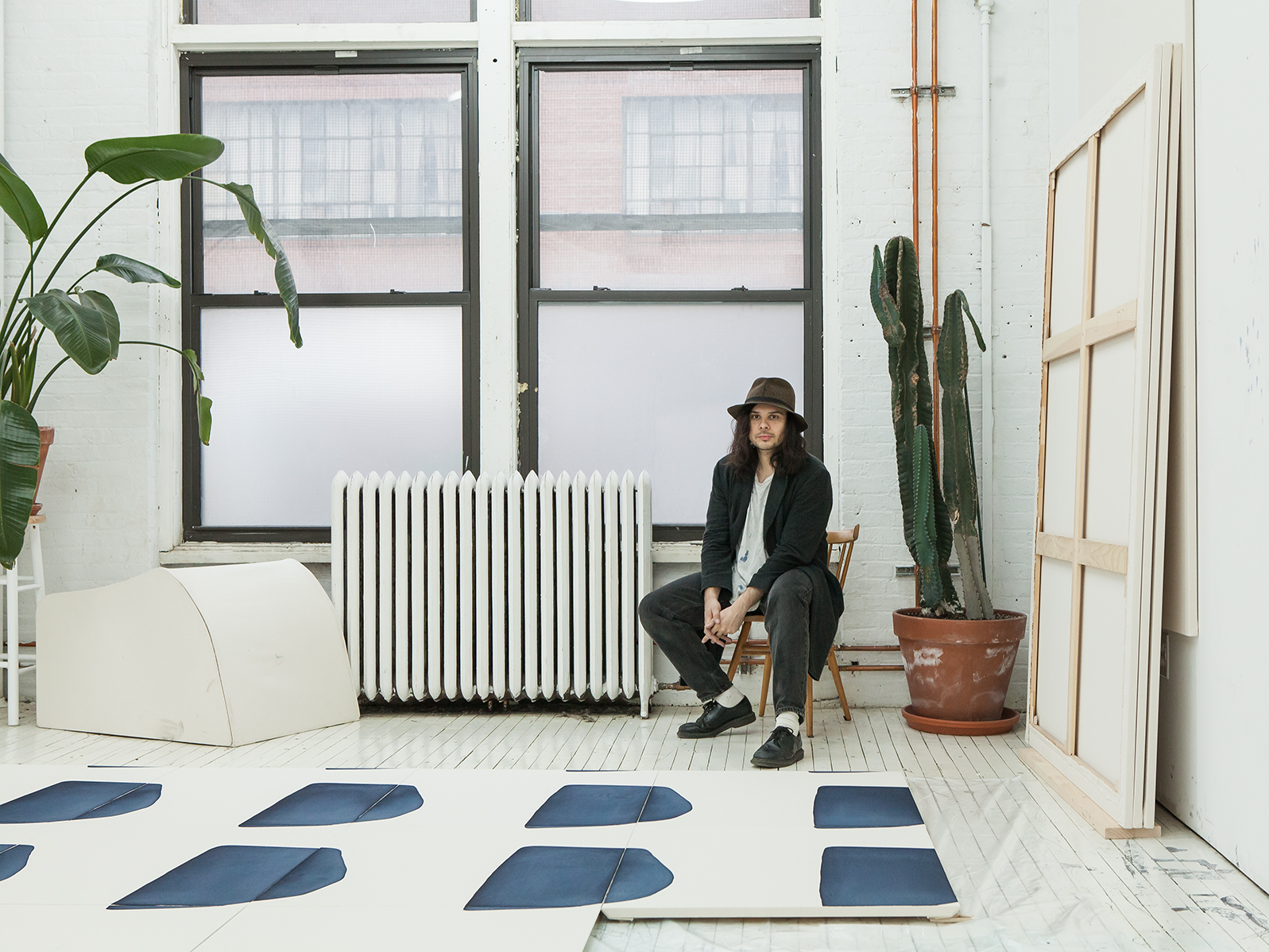 Surprising elements — from a Duchamp readymade and postmodern tables to avant-garde music and architecture — are the seedlings with which 30-year-old Landon Metz sows his artistic philosophy. For Metz, whose studio resides in Bushwick, these are all materials that belong to the same creative ecosystem. They also provide fertile ground for his spare, lighter-than-air paintings, which tend toward the biomorphic and richly hued repeating patterns. His latest exhibition, open now through April 9th at Paul Kasmin Gallery in New York, centers around Metz’s affinity for the work of Color Field painter Morris Louis, one of the movement’s central figures.
More