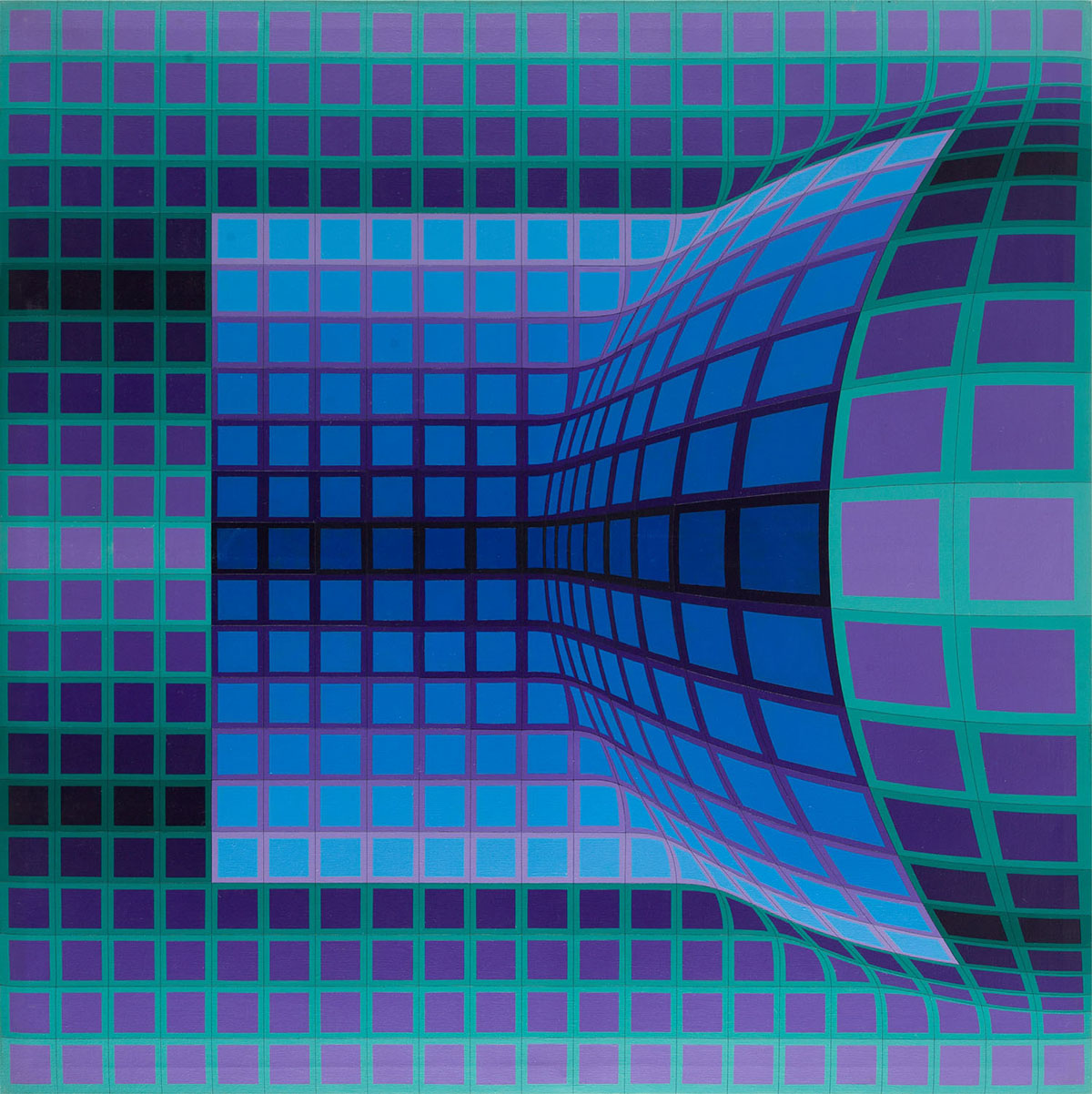 We’ve been thinking a lot lately about Victor Vasarely, the late leader and patriarch of the Op-Art movement. First, there was the recently closed retrospective at Centre Pompidou; more recently, we were introduced to a new book by Dutch-Israeli artist Oran Hoffmann called Vasarely Material Archives. An internationally exhibited conceptual artist working in photography, sculpture, and installation, Hoffmann was invited to the Fondation Vasarely in Aix-en-Provence in 2017, where he sifted through boxes of Vasarely’s tiles, parallelograms, serigraphs, and other ephemera used to inspire and lay the groundwork for the unusual architecture of the foundation and the optically boggling sculptures and spaces within. Hoffmann’s new book is the culmination of a year of research and working with Vasarely’s archives. Out of the over 600 images Hoffmann shot, 61 are included in the book, and make up a limited edition set of prints. Sight Unseen spoke to Hoffmann in a phone interview where he nostalgically recalled being first introduced to Vasarely in the 1990s through posters his teenaged peers had up on their walls — such was the mass market appeal of Vasarely’s bold, eye-popping, geometric graphic designs and optical illusions. Here, Hoffmann reflects on this project and how his views on Vasarely have elevated far beyond being backdrops on the walls of squalid childhood bedrooms. 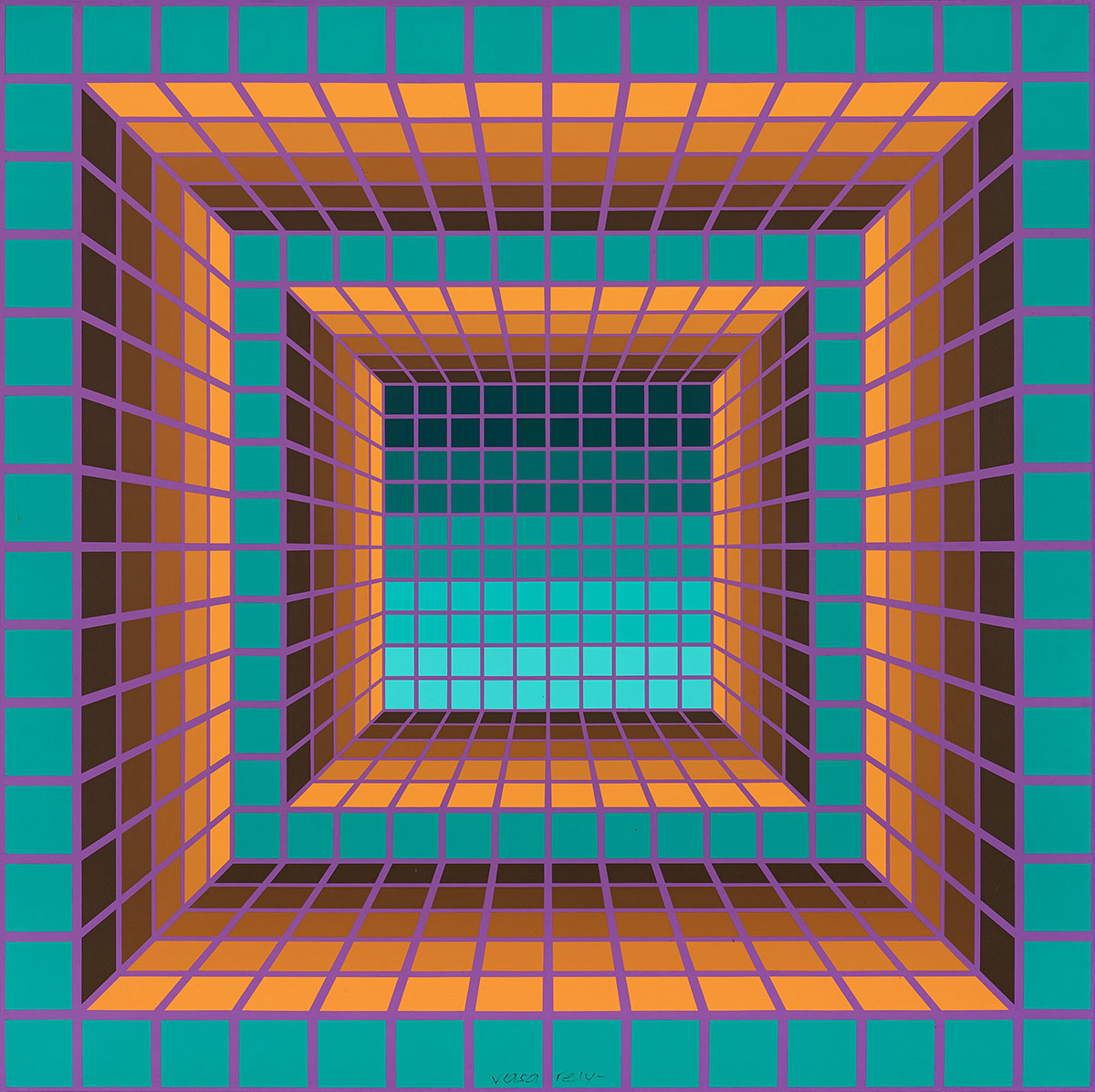 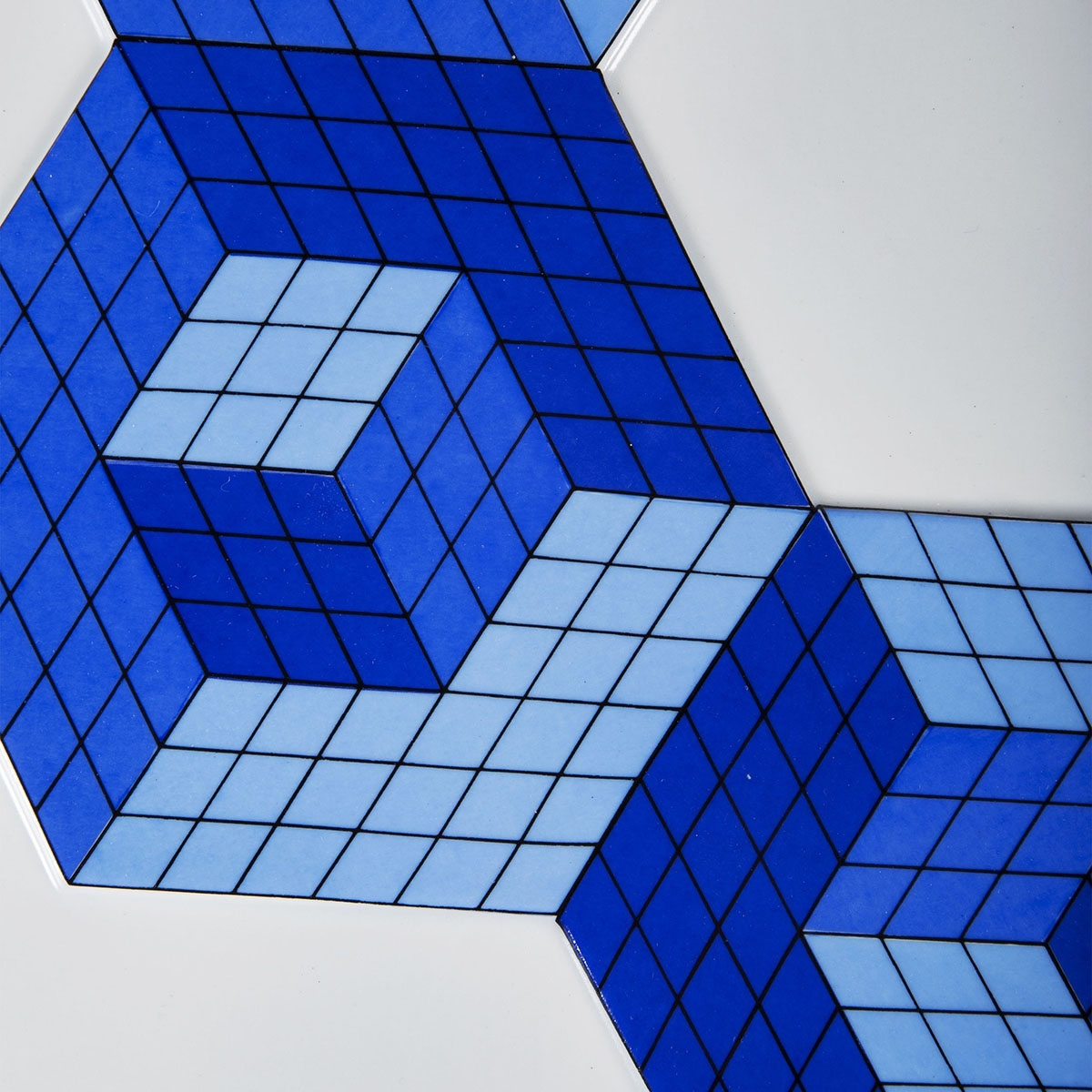 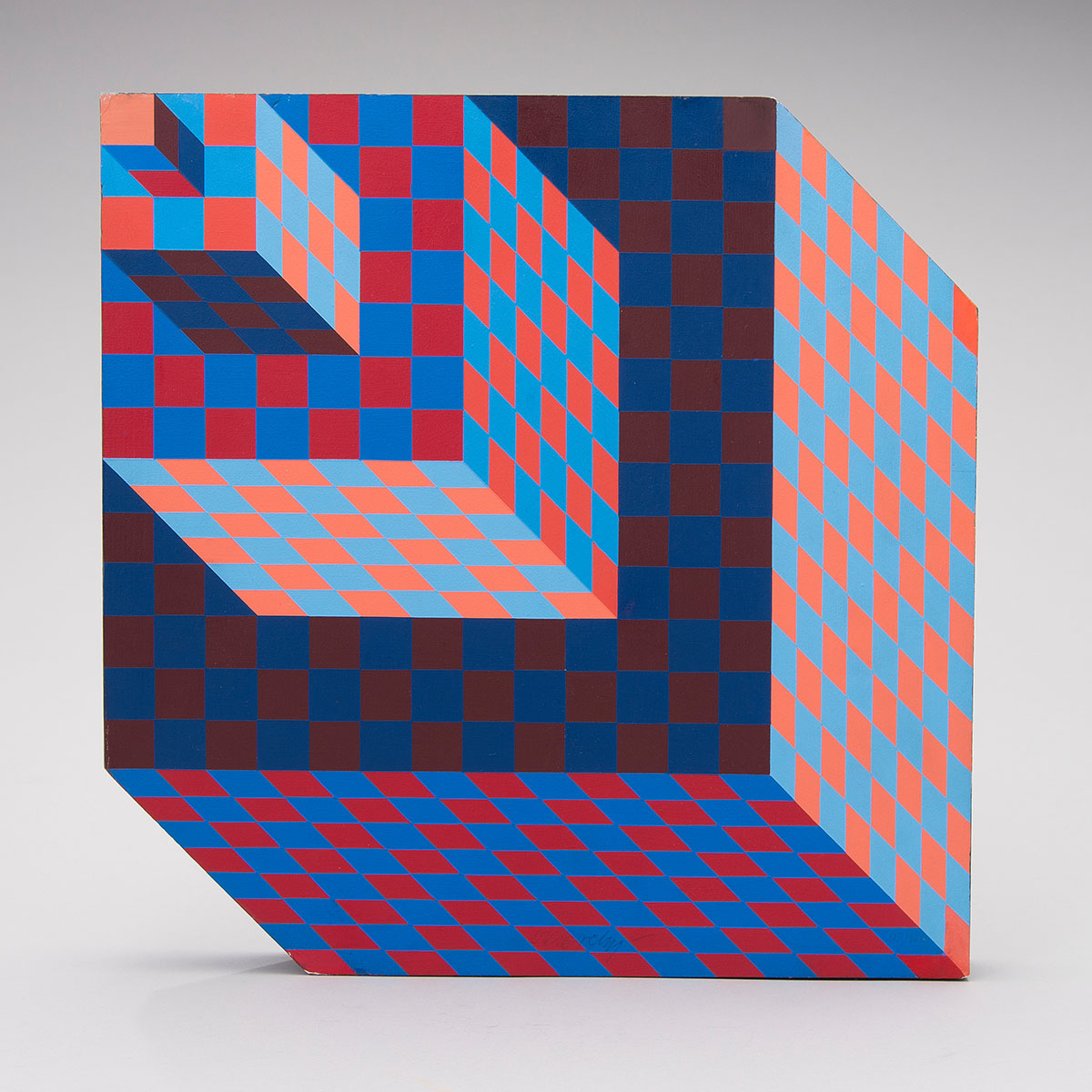 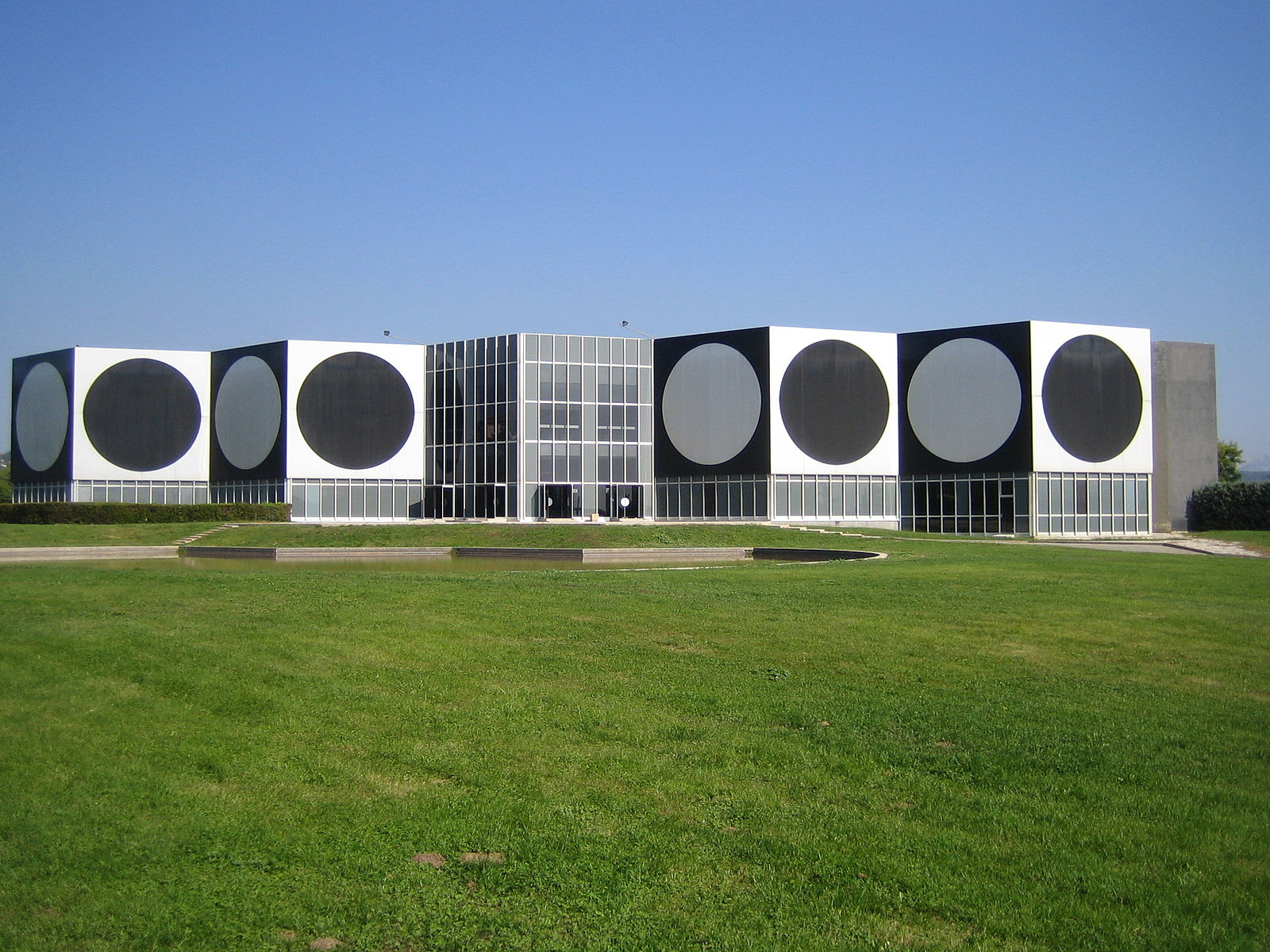 The black and white tessellated compound of the Fondation Vasarely (above) appears almost like one of his paintings come to life — it is no ordinary building! Did being there feel like stepping into one of his paintings? Can you describe what the foundation was like?

The foundation was created in the 1970s and having experienced it for myself for such a long period of time, I believe it was Vasarely’s Gesamtkunstwerk — the totality of everything he worked on in his entire career. The structure was created as a space where artists would be invited to share and engage with one another. It’s built from hexagonal quadrants like a beehive, and inside the integrated sections there are various materials used, such as aluminum, glass, mosaics, tapestries.

Unfortunately, the works have suffered over time. The state of the foundation and the work within was degraded, parts were missing, holes were visible. Maintenance had been lacking and vandalism had taken place. It was only a couple of years ago that the building was classified a historical monument, and they began renovating and restoring. The foundation is under the direction of Pierre Vasarely, the grandson of Victor Vasarely; Pierre’s father, Jean-Pierre Vasarely, also known as Yvaral and an important artist as well, of course is Victor Vasarely’s son.

When I got there, everyone thought I was a painter or an architect; no one realized my work was mostly photographs or sculptures. But because of this misunderstanding, they took me on the grand tour. It really could have taken days to go through this maze-like structure. I went on top of the building, underneath the building, every room and nook and cranny it seemed, looking for something to spark a project.

At the end of the tour, I was taken to the “Monumental Integrations,” which are Vasarely’s 26-foot tall, three-dimensional geometric studies made specifically for this space and the only part that the public has access to. These colossal works really make you feel like you are inside his work—even inside his mind and his world. It was also there that I saw that his work was really neglected and in poor condition. Luckily, the newly appointed collected manager, Pascale Girard, a huge asset to the foundation and big support to me throughout this whole project, is a restorer by trade and has restoration plans for the future.

Continuing the tour, another door was opened, and there it was: boxes full of stuff. These items comprise some of the pieces that will be needed for later restorations of the foundation and the works within it. I decided to offer my unscientific services and start the work of cleaning and organizing some of Vasarely’s extensive archives and that was when I started to photograph some of the materials. I also used some of these 200 or so objects to create an exhibition of sculptures that was shown at the foundation in September 2018. I created sculptures using the forms Vasarely left behind in such a way that the visitor could traverse through and walk around the works as in a sculpture garden. 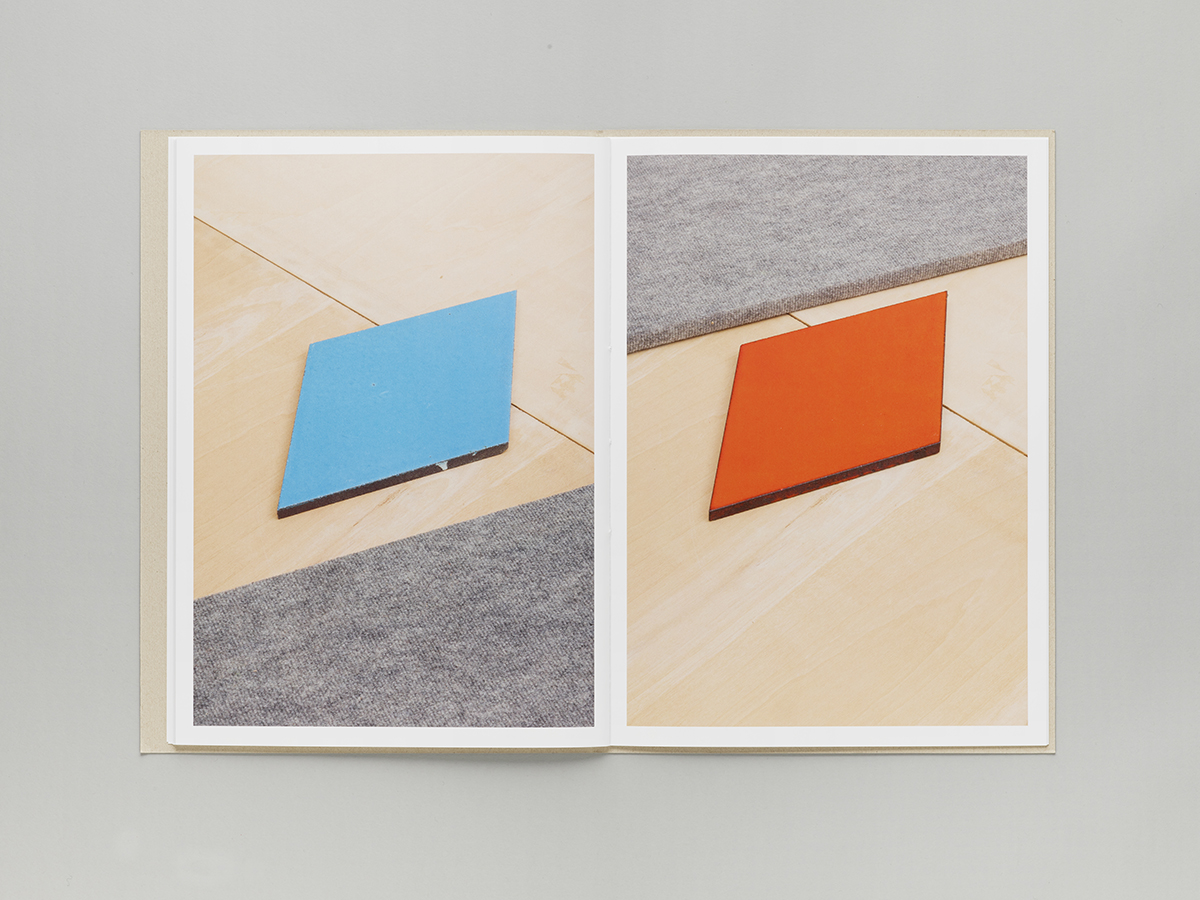 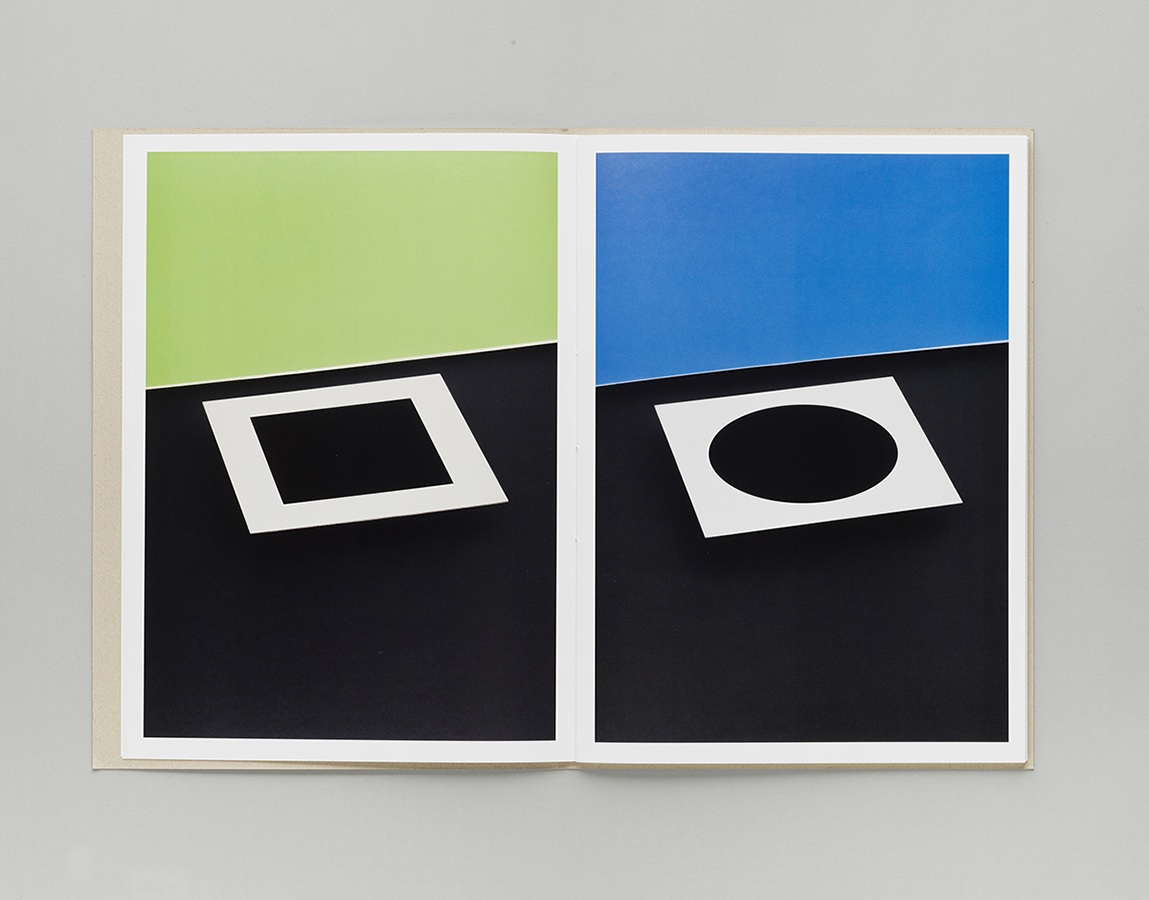 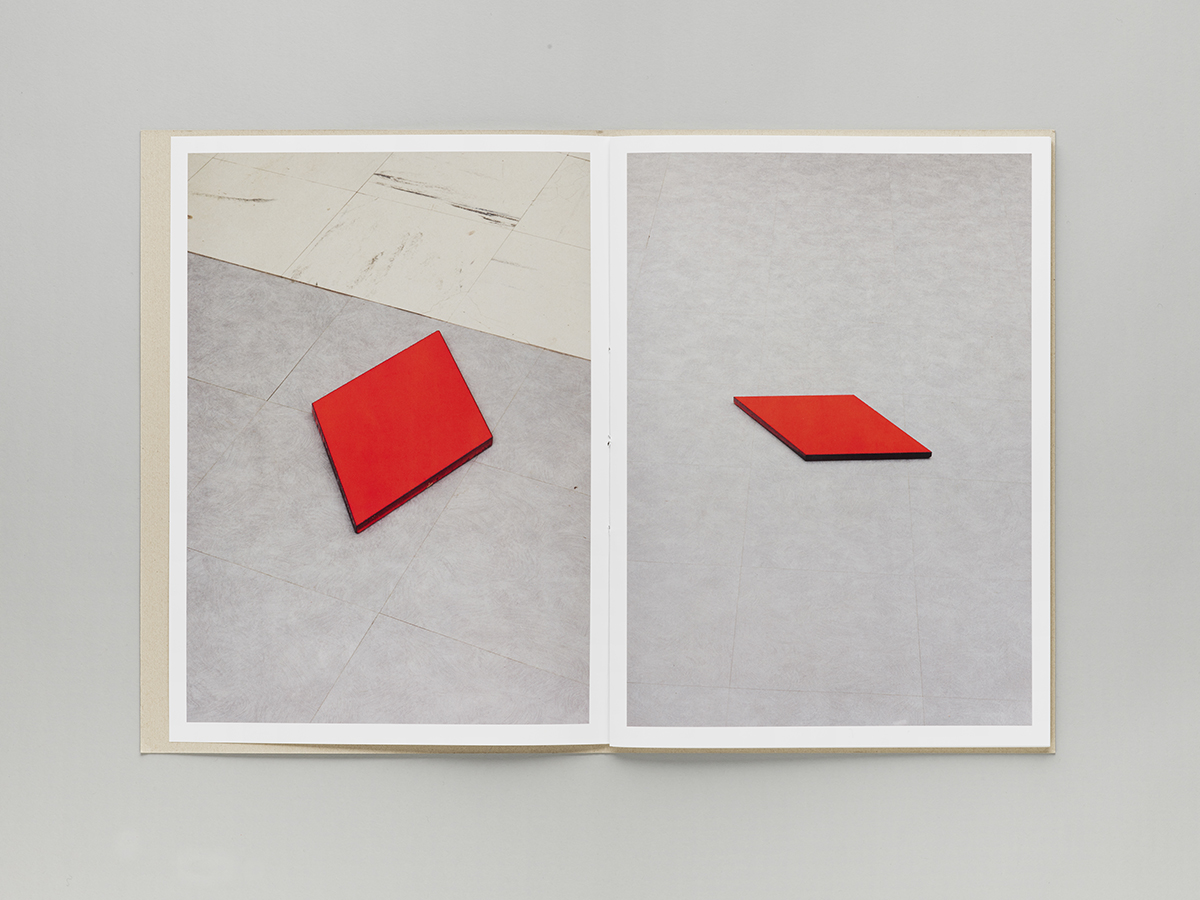 You usually work in photography, but you didn’t exhibit any photographs in this exhibition at the Fondation Vasarely. How are your photographic and sculptural works related?

In the exhibition at Fondation Vasarely there were two bodies of work: an installation of three-dimensional sculptures made from parallelogram tiles, and a series of papers folded to create geometric, sculptural surfaces. I was given the immense privilege of using the original silkscreened colored papers Vasarely himself had made and which he had meant to be incorporated in his collages.

No matter the medium, the spatial and the conceptual are always very important in my work. In some of my work I make sculptures in the studio and photograph them. Then I destroy the sculpture. The photograph is now no longer an index of the sculpture, a reference to something or someone else, or reliant on another object for its own existence. The photograph now exists as its own object. My conception of photography is to make use of the apparatus and control and force it to see something without it forcing me to accept things such as time and a single perspective. I want to take power over the apparatus. I think Vasarely was also interested in this—enforcing in the viewer a way of seeing through the illusion of depth. 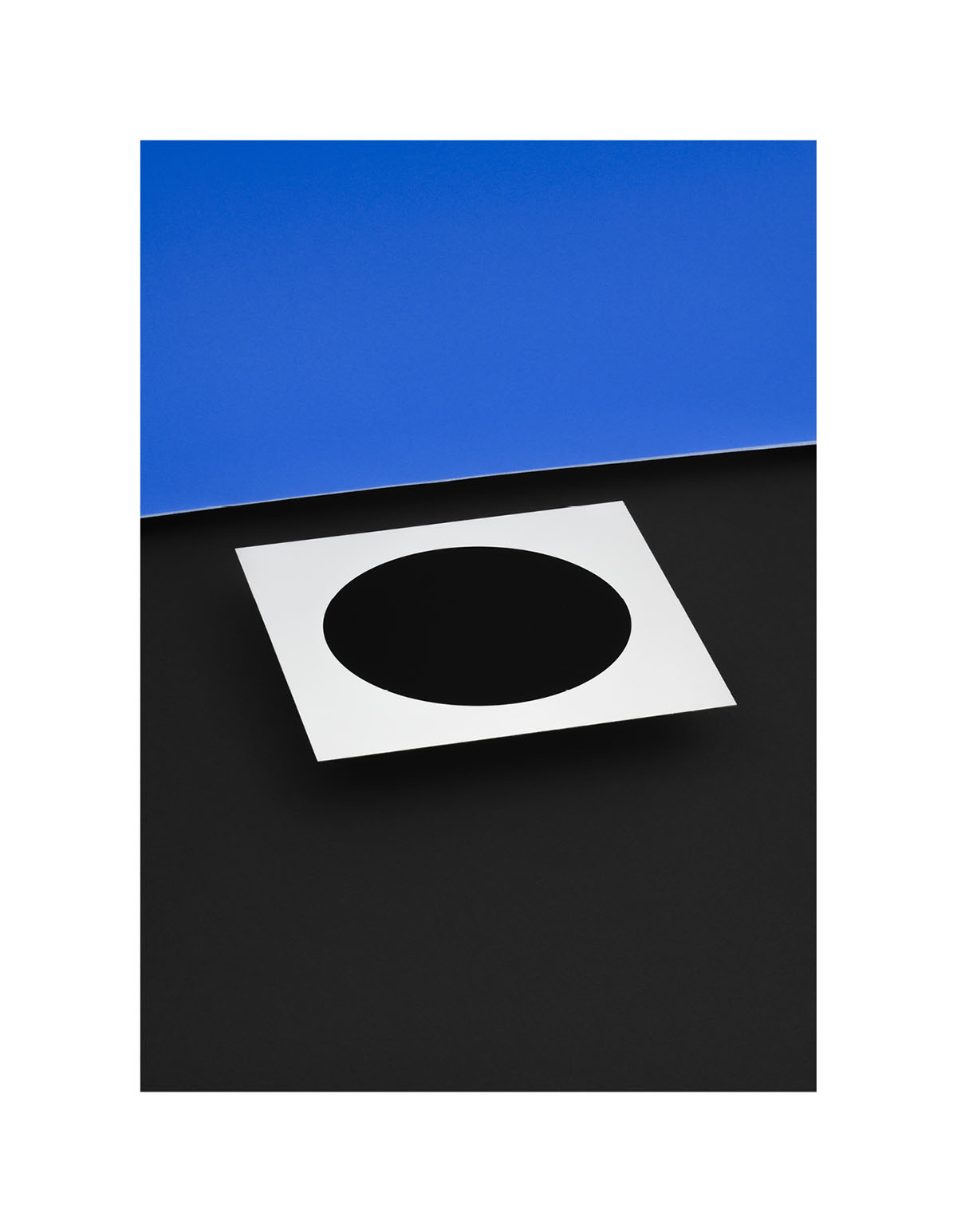 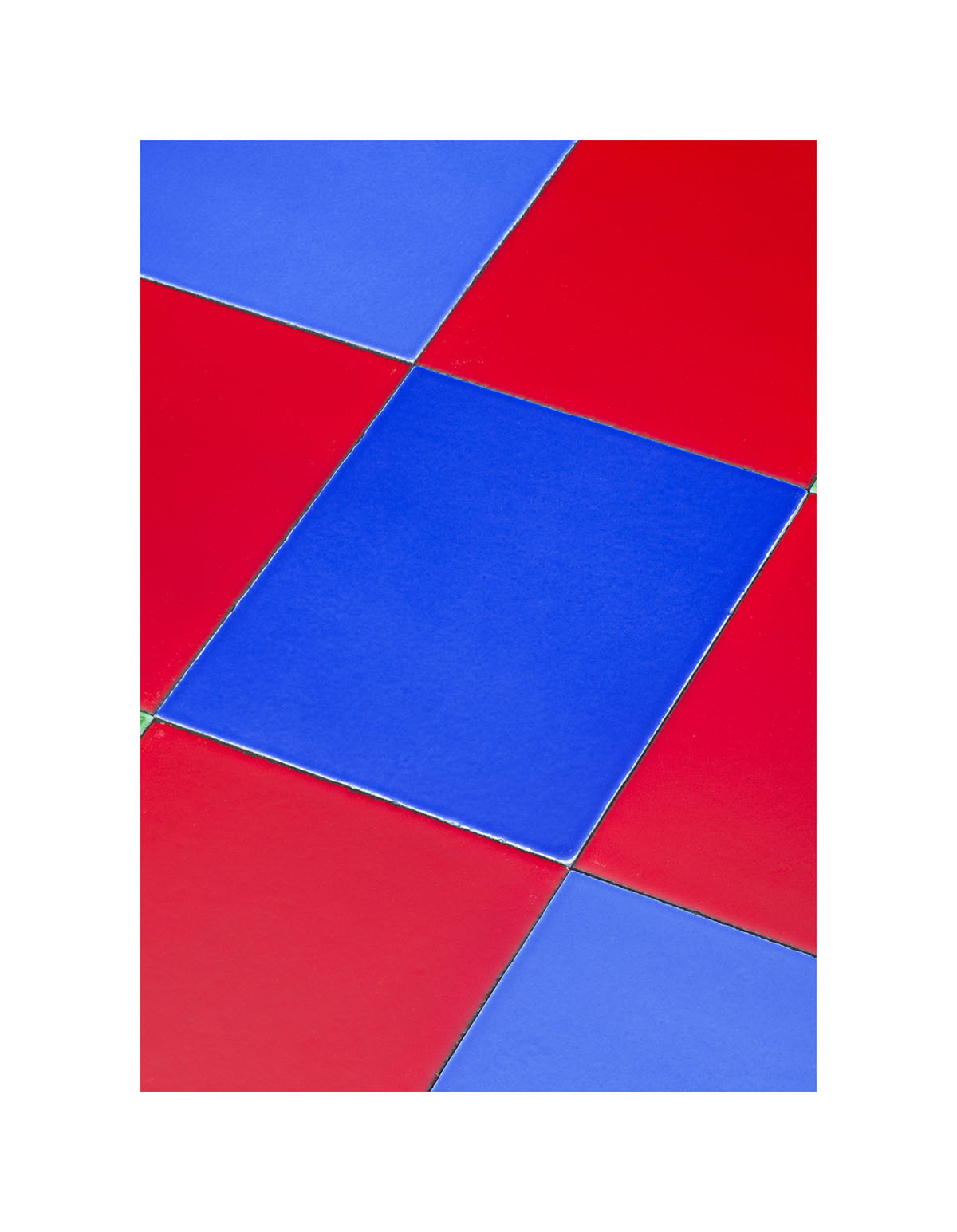 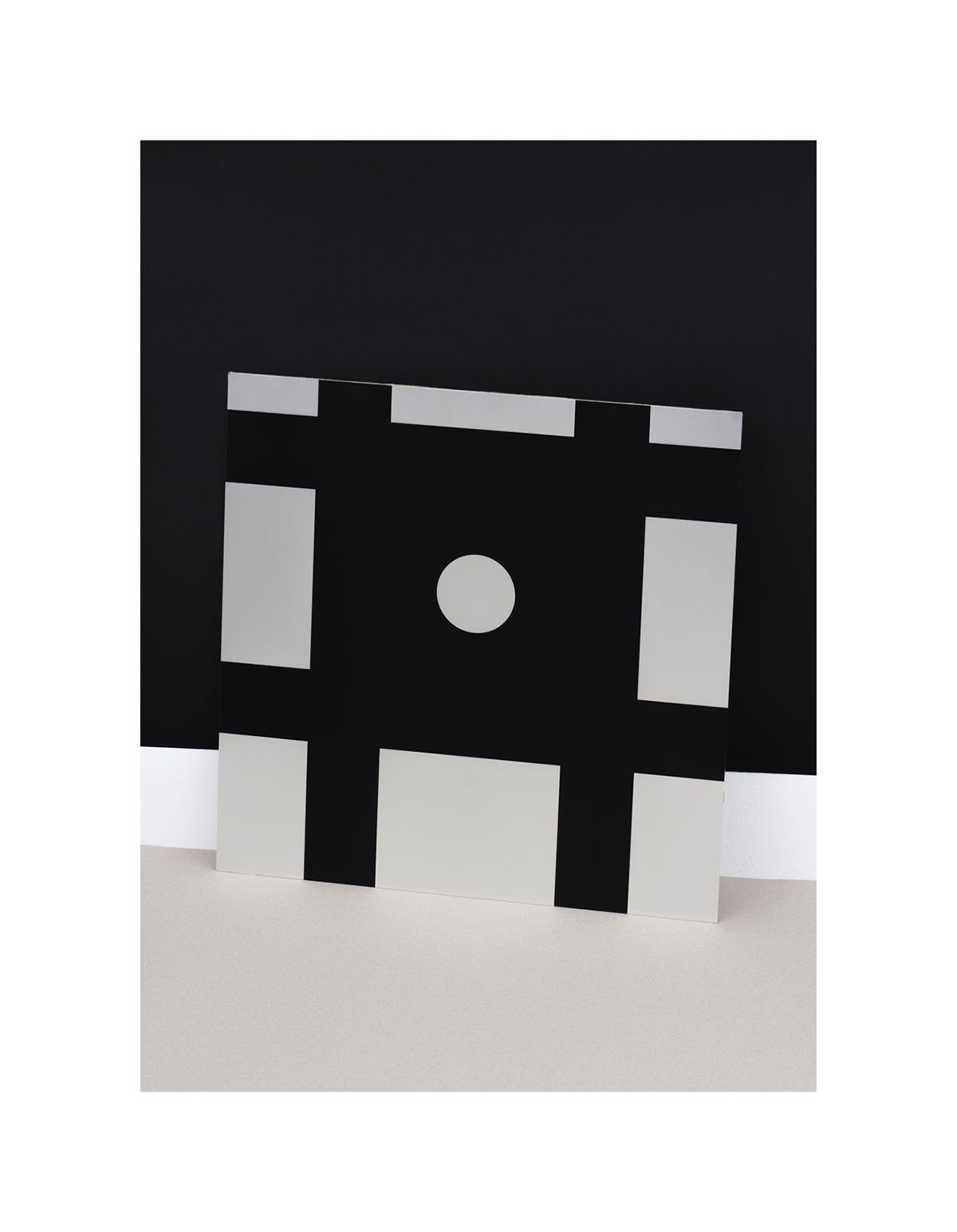 Is it a form of control?

Perhaps not control, that’s a bit too dogmatic. I want to invite the viewer to see what I see. I want the camera to stop being a mediator and use it as a mere tool that enables seeing.

Vasarely published his Yellow Manifesto in 1955. In it he writes of his belief that in nature, there is no such thing as a flat surface. He wanted to add three-dimensionality to the picture plane and he used these material archives as a tool to conceptualize and achieve the illusion of depth.

This interest in three-dimensionality, geometry and the representation of depth is also found in cubism or in Paul Cezanne’s work, who also worked in Aix-en-Provence. It is not a coincidence that Vasarely chose Cezanne’s town to create his foundation. As a photographer and sculptor, I’m always toggling between flatness, depth, and dimension, and so in many ways I am still grappling and experimenting with the same issues these older artists dealt with. 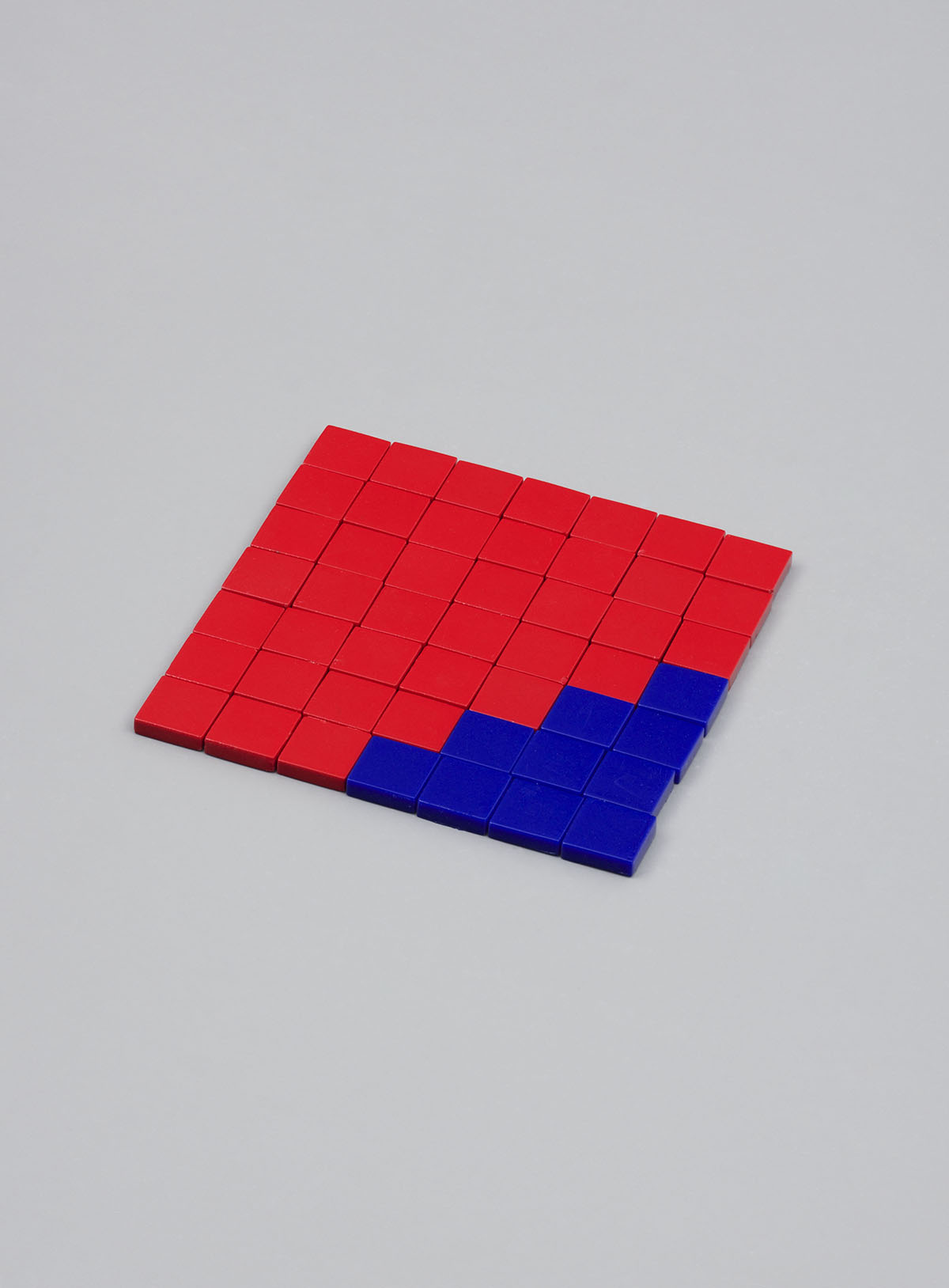 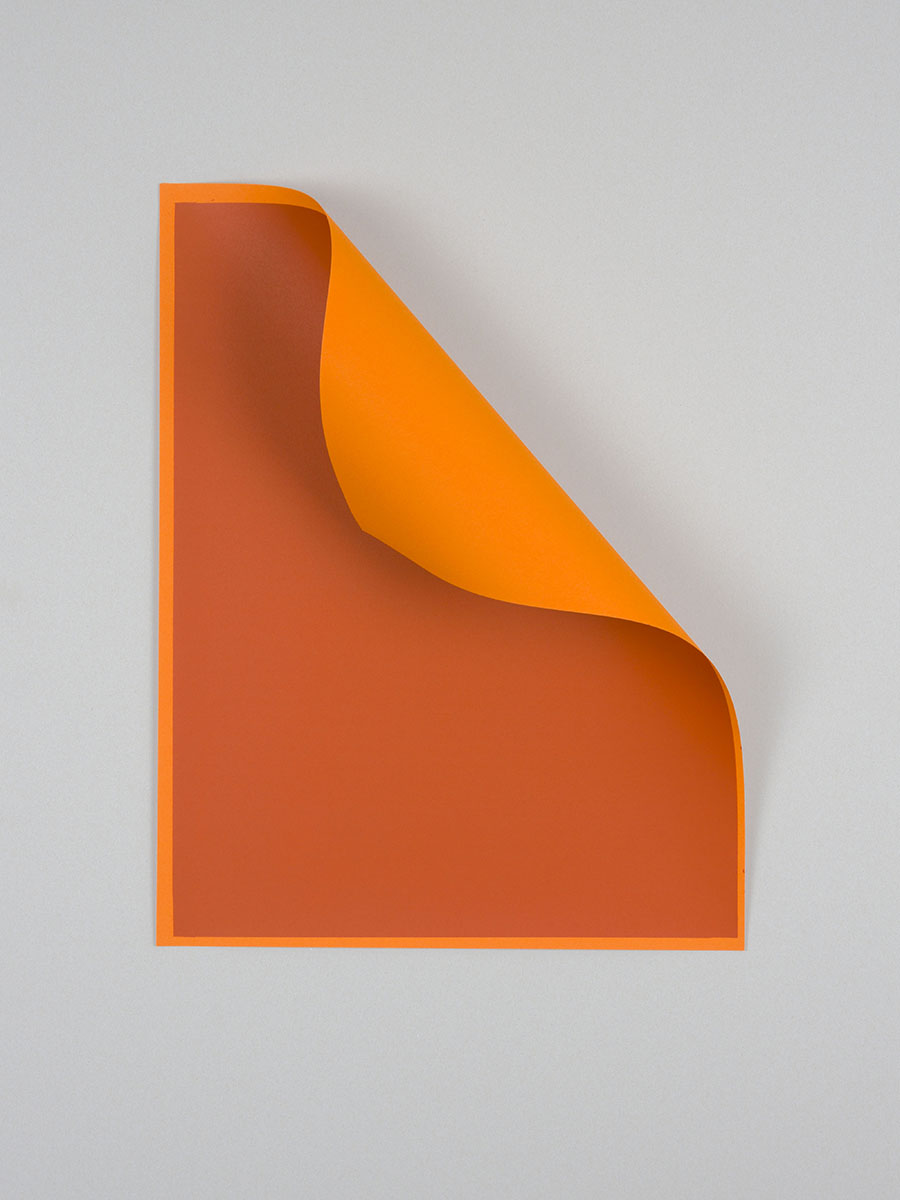 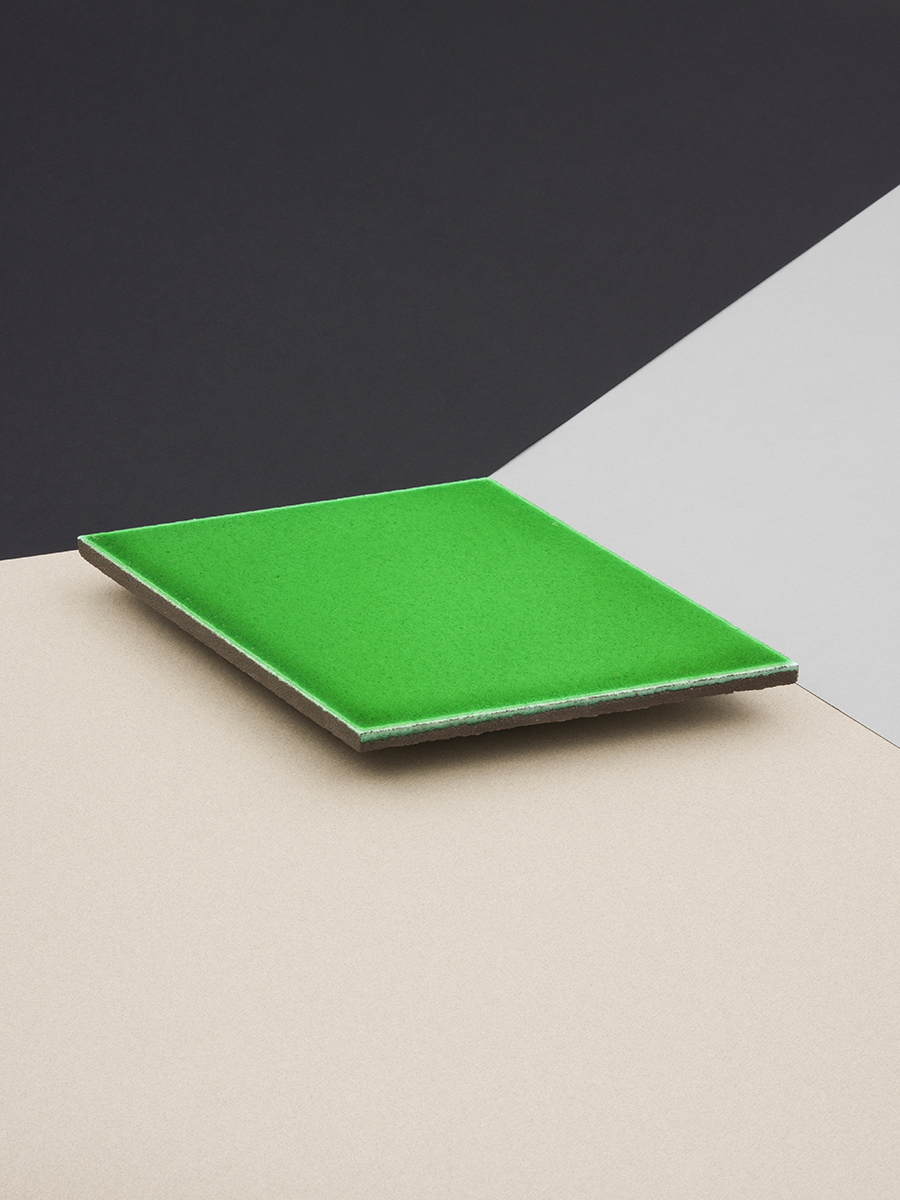 How did working with the foundation inform or enrich your work as you grapple with these various ideas?

This is actually the third time I have been in dialogue with another artist of a previous generation. At the Tel Aviv Museum in 2014, I was part of an exhibition where my work was placed next to paintings by Josef Albers, whose abstract color field paintings were often considered Op Art — at times to his dismay. Last year I was invited into Cezanne’s studio to revisit his still lifes and his unique representation of perspective through a photographic project of my own.

Because of the graphic nature of Op-Art and the frequent reproduction of Vasarely’s work in posters, it wasn’t always considered a high-minded intellectual or artistic pursuit. I hope that my documentation of the rigorous conceptual work behind his work will instigate a reassessment. Vasarely created optical art, and of course I find inspiration in the visuals created by other artists, but I also try to look at the theoretical foundation behind the work. It is a much richer conversation and comparison when the dialogue is not only visual but conceptual as well. 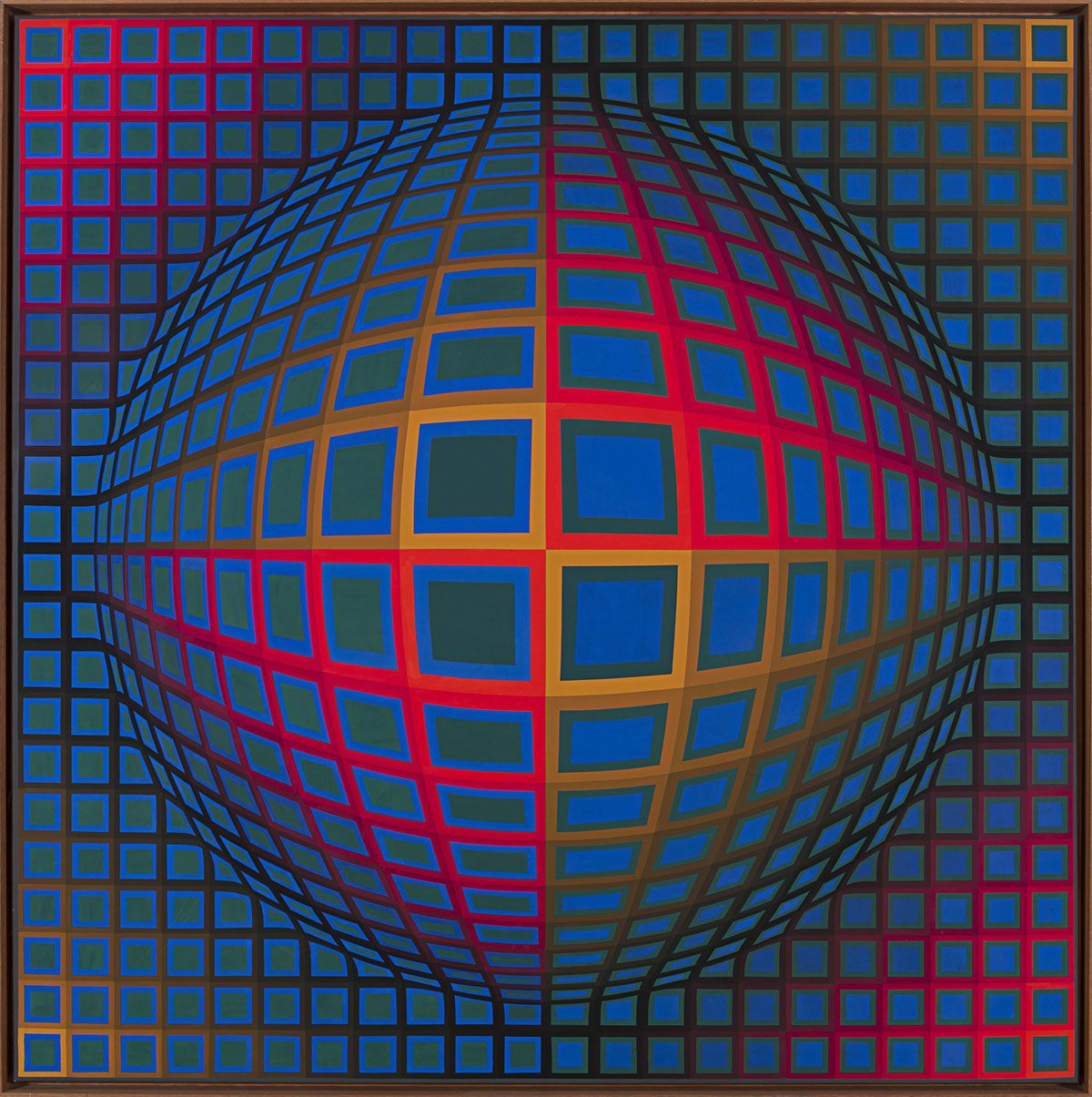 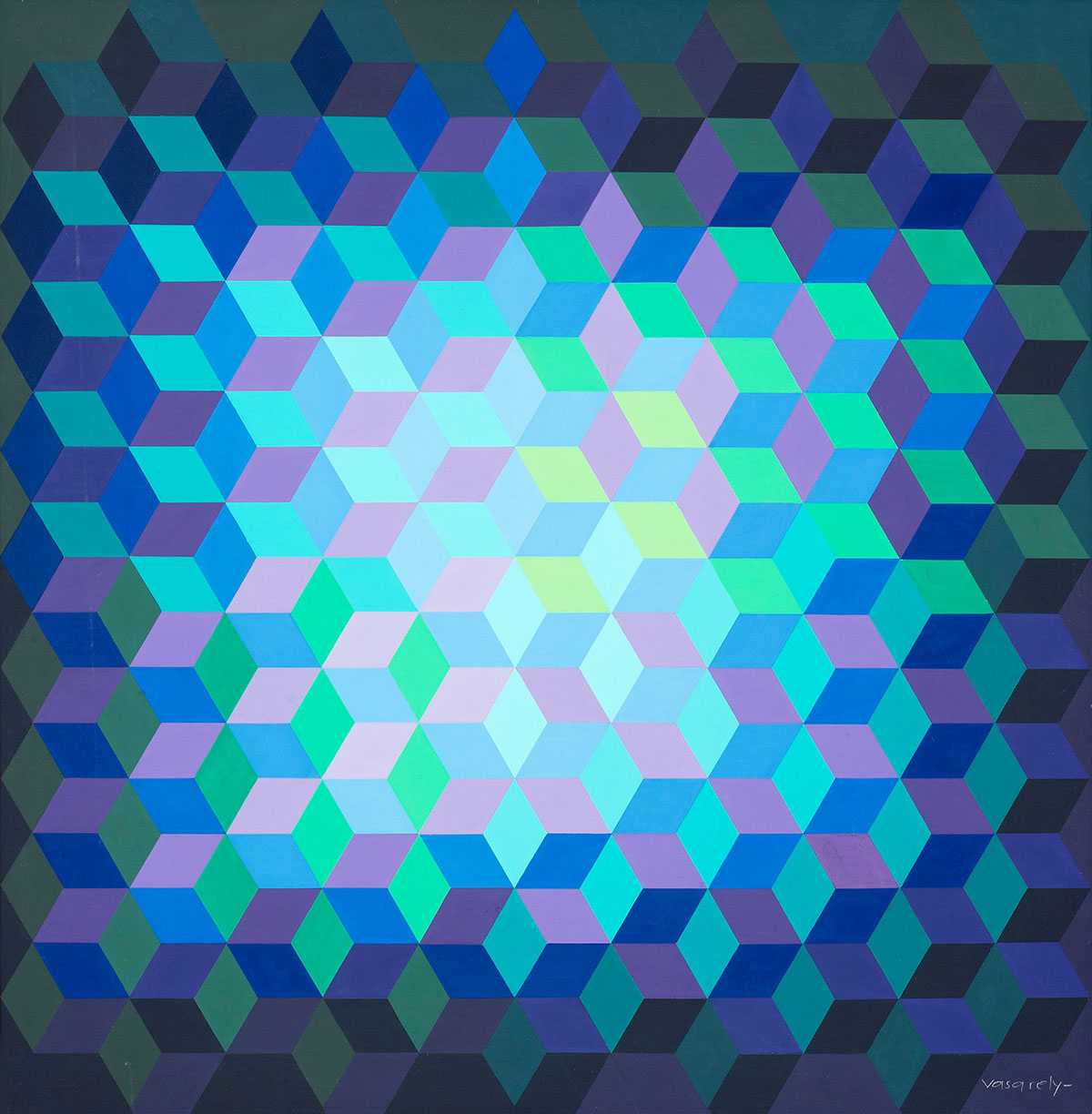 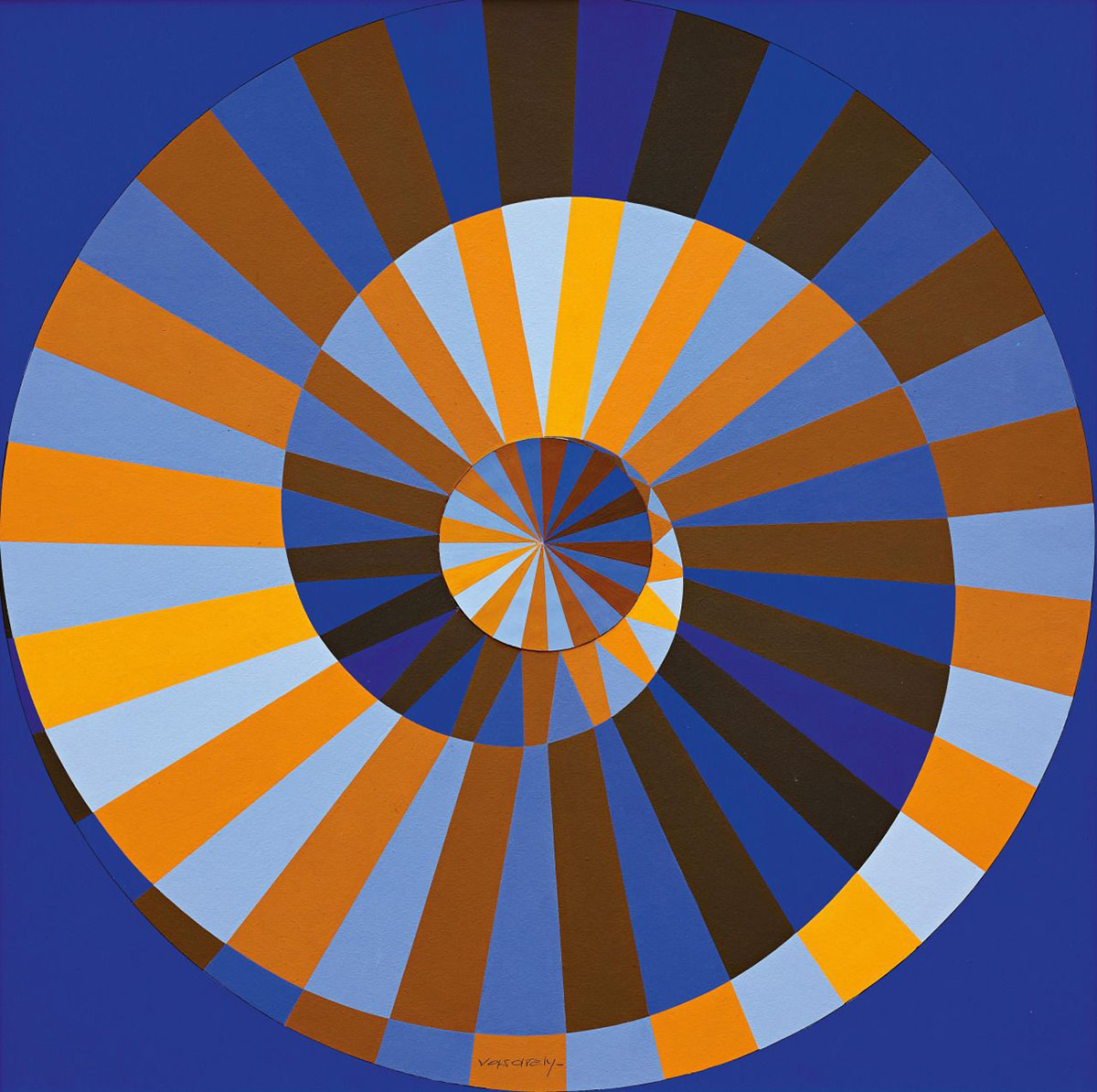 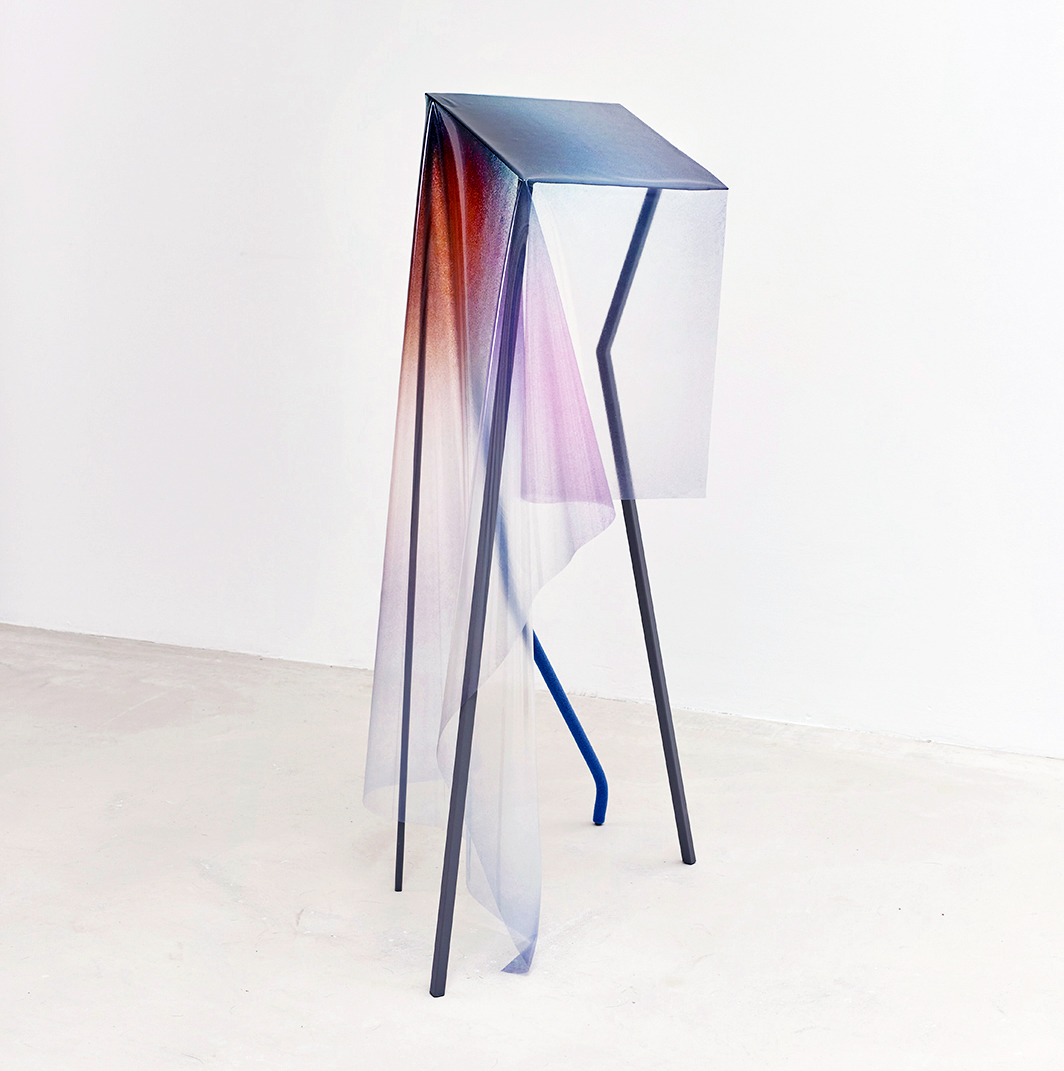 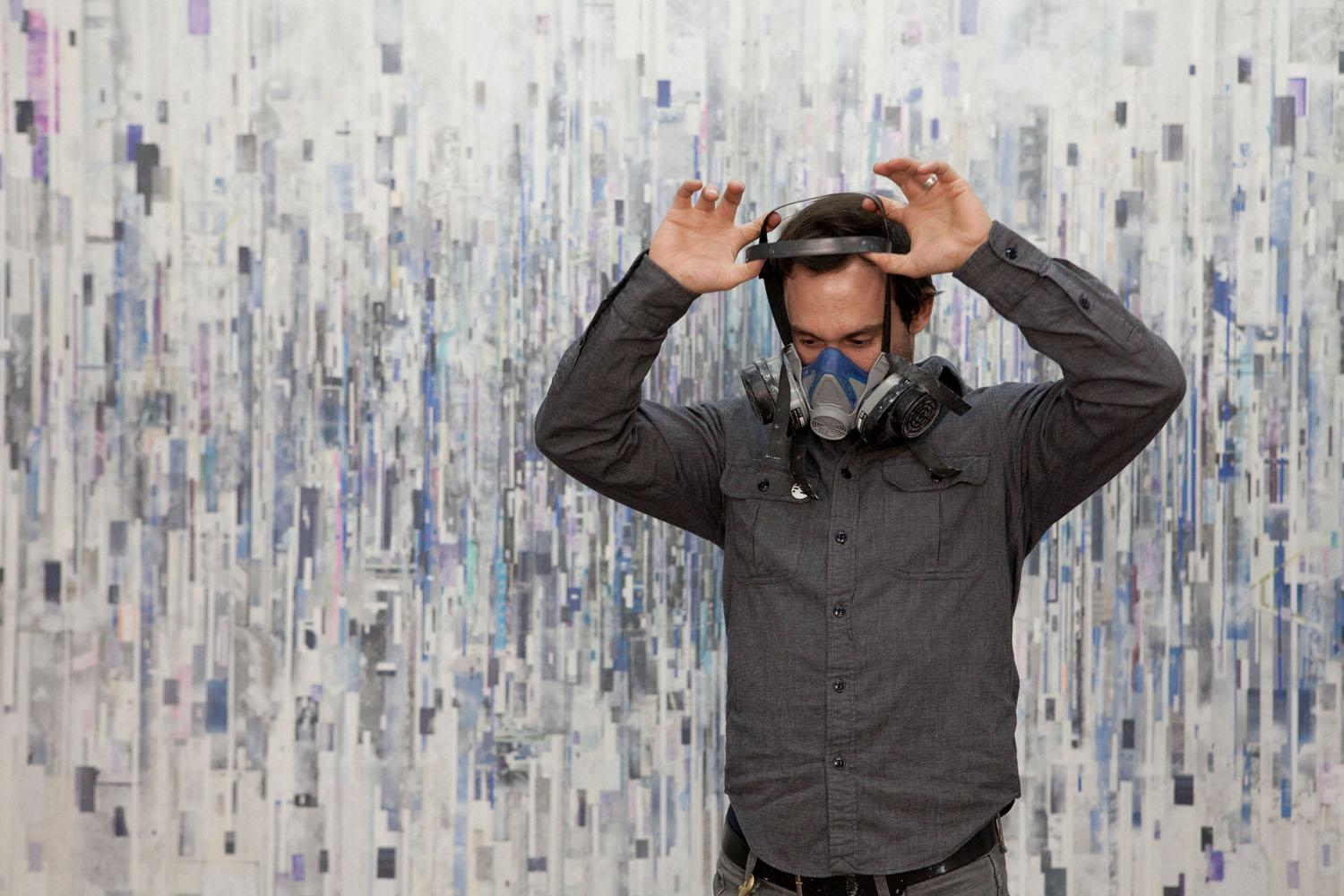