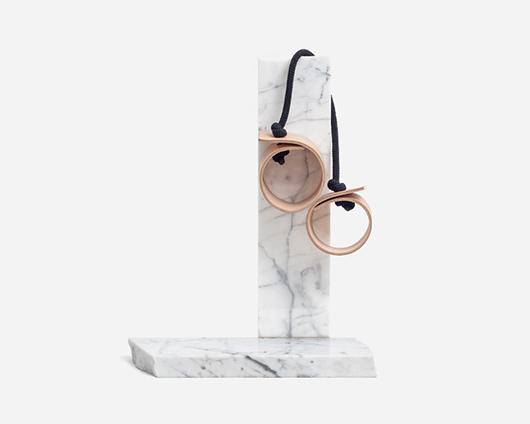 Formafantasma, Ladies & Gentlemen, Rich Brilliant Willing: The list of design partnerships that began in art school is pretty endless. But rare is the pair who knew and liked each other enough to not only register at the same university at the same time but also to enroll in all of the same classes, “to keep each other on our toes.” That’s Calen Knauf and Conrad Brown of the emerging Vancouver-based design studio Knauf & Brown talking; the two met through skateboarding more than a decade ago. Brown was a photographer and Knauf a graphic designer, and once they graduated from their industrial design program at Emily Carr, the natural thing to do was to go into business together. “It’s a good partnership,” they say, “because we both have different strengths, but fairly similar aesthetics.” What exactly defines that aesthetic is still a bit up in the air, considering that the two graduated only last year. But what’s emerged so far has shown an emphasis on simple and honest natural materials, like ash and marble, as well as a healthy sense of humor that occasionally surfaces in the form of performance art. For “despite how much of our lives we dedicate to design and our studio, we still place a high priority on having as much fun as possible,” they say. “We both still skateboard, and regularly get up to no good.” Read on for a deeper look into their brand-new practice.
More