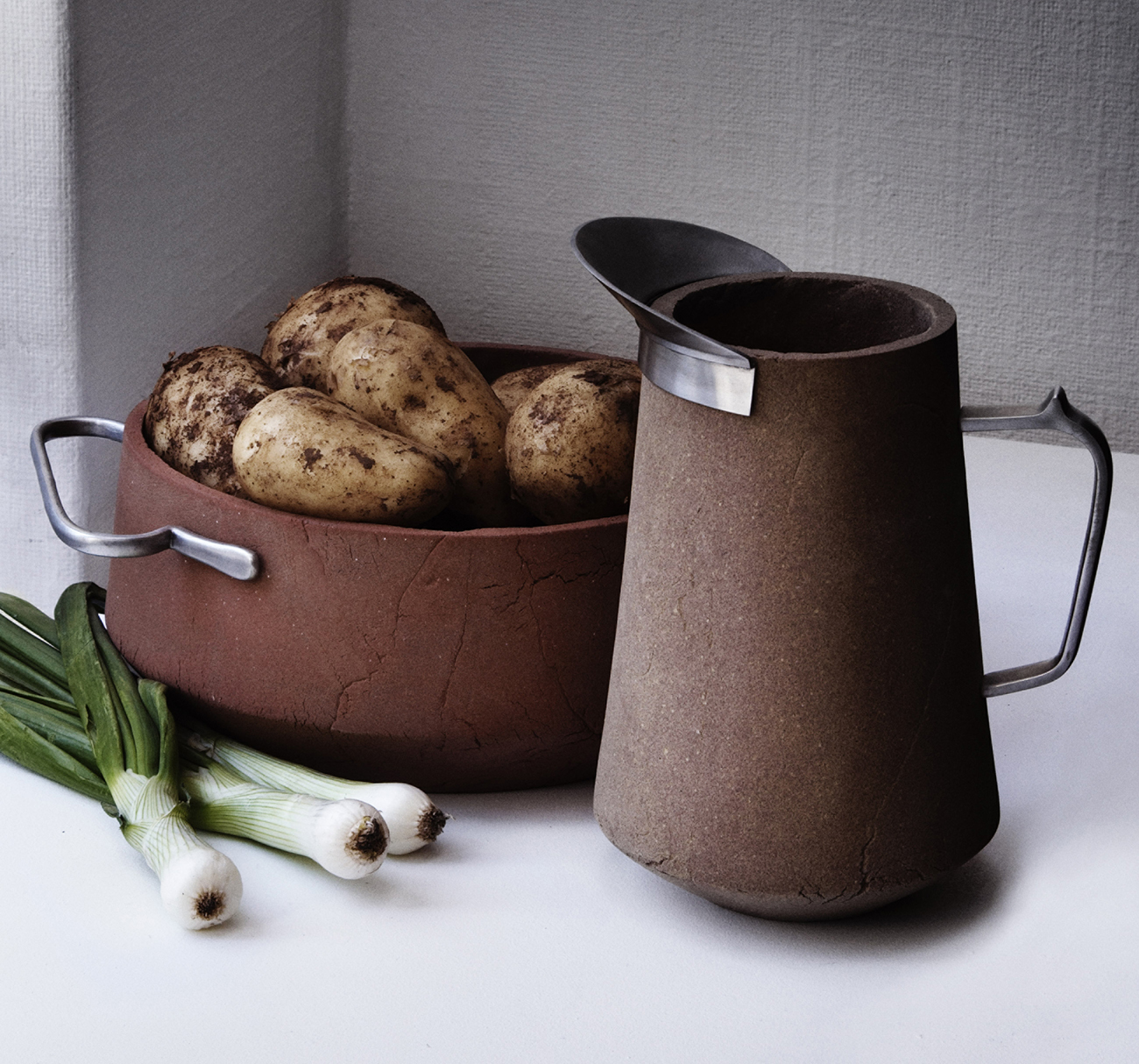 Atelier NL’s Nadine Sterk and Lonny van Ryswyck keep a studio in the airy loft of a ’70s-style church in Eindhoven. They live there, too, but you wouldn’t exactly say that’s where they work. More often than not, the designers can be found doing fieldwork, whether that means scouring the area’s secondhand shops for mechanical knickknacks to inspire their more analog designs — like van Ryswyck’s hand-cranked radio — or digging up clay in the Noordoostpolder, an area of reclaimed farmland north of Amsterdam that until the 1940s was submerged under a shallow inlet of the North Sea.

Sterk and van Ryswyck graduated in 2006 from the Design Academy Eindhoven, which is where they learned the research-led approach that’s turned them into something closer to anthropologists. Their projects, says Sterk, all stem from “wanting to understand how things work and where they come from.” The best known of these is a series called Drawn From Clay, which was nominated for this year’s Rotterdam Design Prize: It’s an extension of van Ryswyck’s graduation project of the same name, for which the designer gathered soil from plots around The Netherlands to create ceramic cups in different hues and textures. The project has its roots in an internship the two undertook during their studies; in the poorer regions of Brazil, they witnessed ceramic workers with limited resources making clay from soil harvested in the favela. When they proposed returning to South America for their thesis, it took their tutor, designer Dick Van Hoff, to remind them they could initiate a similar project in their own backyard. “It’s like we’d forgotten that ceramics are made from clay and clay comes from the ground,” says Sterk. “It seems like a product that comes direct from the factory.”

After graduation, Atelier NL was invited by Rotterdam-based design couple Rianne Makkink and Jurgen Bey to take up residence at their farm in the Noordoostpolder, where they embarked on a yearlong study of the local farmland and culture. With the help of the farmers, they gathered soil from each plot on the polder — light, sandy clay from the coast where bulbs and onions are grown, darker colors from the area where carrots and tubers thrive, and tough red clay as old as the ice age, gathered from the forest floor. They used the clays first to form a soil map of the area and create a roughly finished tableware series called Polderceramics, and then they produced a dinner service in collaboration with the Dutch porcelain manufacturer Royal Tichelaar Makkum.

Sterk says inspiration for many of the pair’s projects comes from simply being aware of the beauty in the things that surround them. We asked Atelier NL to photograph some of the items they keep around their studio as reminders of that philosophy.