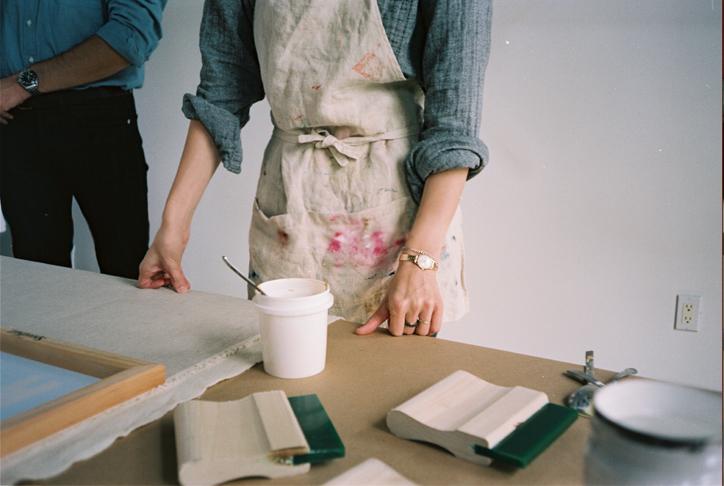 Lena Corwin’s Made By Hand

You know that old saying, “those who cannot do, teach”? There might as well be another one that says “those who cannot make, write about it.” I write about design for a living, but truth be told, I am perhaps the world’s worst crafter (when I took our own cement casting Master Class with Chen Chen and Kai Williams this spring, I gave up after two failed attempts and asked it they would just make one of their signature orange planters for me.)

But when I got a preview copy of Made By Hand

, the new book by one of our favorite blogger/designers Lena Corwin, I began to wonder if there was a project in there that even I, in all of my middling talent, could attempt. (Attaching tiny foam shapes to a rolling pin, for example, yields the most beautiful roller-printed cotton napkins.) The sense that anyone can attempt these 26 DIYs — which include tie-dying with Shabd Simon-Alexander, jewelry-making with Jennifer Sarkilahti of Odette, and marbling with Ilana Kohn — comes in part from the incredibly detailed, step-by-step photographs, which were taken during the course of a weeklong shoot last fall at the Textile Arts Center in Brooklyn. The photographers were Maria Alexandra Vettese and Stephanie Congdon Barnes, of the photography site 3191 Miles Apart, who also shot the finished products in their respective hometowns before convening in New York to document the bulk of the book. In her downtime, Vettese also took a series of film photographs documenting the day-by-day of the shoot, which we’re sharing here today, along with a Q+A with Corwin about the book’s evolution. 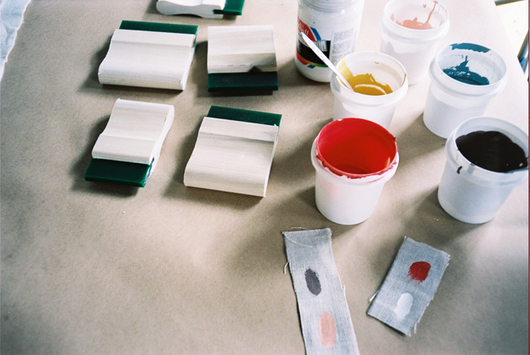 Tell me about the shoot. Did you invite all of the designers to come make their projects on-site?
Yeah, we prepped things ahead so we could swap things out but it actually worked best to go through each project. Most craft books are not shot this way but I did this with my first book, Printing By Hand, and I got a lot of feedback that the step by step photos were really helpful so I wanted to do that again. A lot of books just list the instructions. It was a tremendous amount of work to go through every project in the book but it was a lot of fun. And this time around I wasn’t doing every single project alone, I had my friends, the teachers in the book, doing the actual projects. 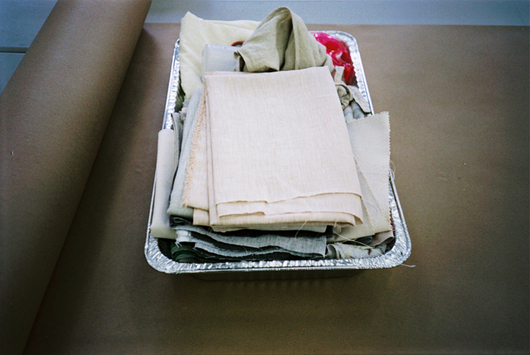 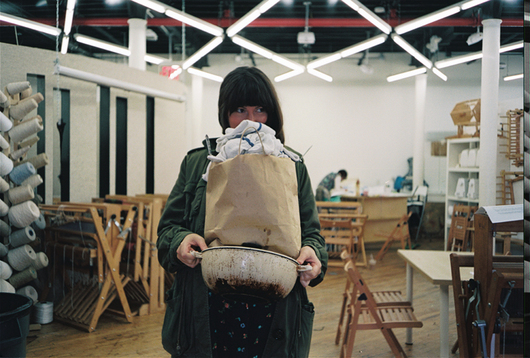 Did you bring people in to workshop the crafts so the teachers weren’t just sitting there making stuff all by themselves?
Yes. Originally I wanted to do half the book that way, but we ended up only doing three live classes: I did one, Ilana Kohn did marbling, and Cal Patch did an embroidery class. But with the others, the other people who happened to be in the room did the projects so that it felt somewhat natural. And being at the Textile Arts Center was an amazing space to shoot in, so inspiring with all the looms and yarns. 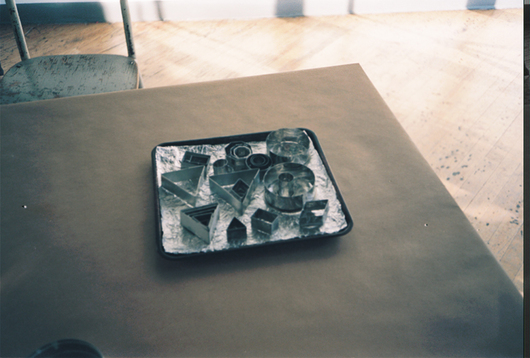 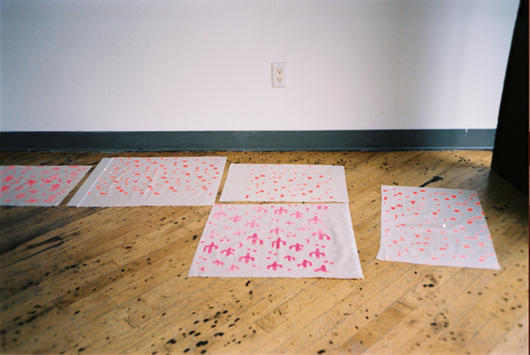 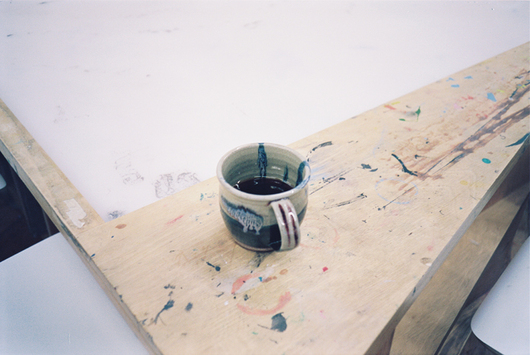 How did the first book — and now this, its follow-up — even come about?
I started out working in fashion as a graphic and textile designer. I was doing some stuff by hand, drawing and scanning, but it was so much time in front of the computer, and I got really burned out. I just wanted to be my own boss and more in control of my life. I started freelancing, and that’s when I started wanting to get off the computer so much. I took some classes in screenprinting and beading and sewing but a lot of it was experimenting.

But then I got approached to do a book. I felt I wasn’t experienced enough yet but the editor encouraged me and said the book takes like a year to make and you can learn as you go. That’s when I started offering the classes in my house. As I was working on the book, I wanted to get feedback from people about what part of screenprinting was most challenging and that was really helpful. So then the publisher wanted me to do another book, and they suggested a follow up to Printing By Hand. I thought I’d put all the techniques I knew into that book, but now I had this other resource with the other classes being offered in my studio. 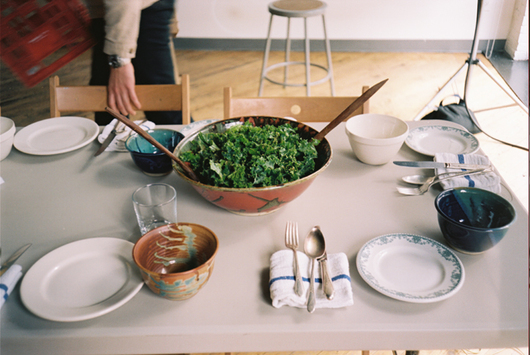 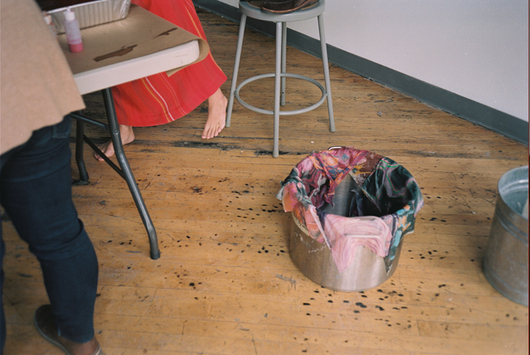 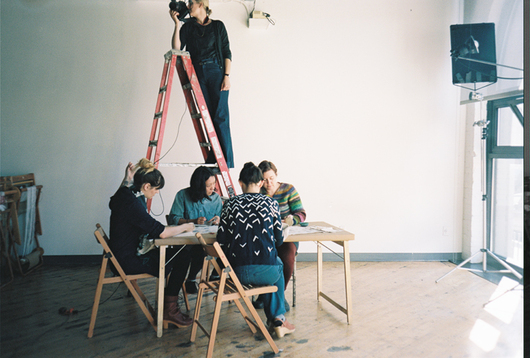 What made you want to work with Maria and Stephanie from 3191?
Maria and I have collaborated a lot; we had Lines and Shapes, which was a small art-book publishing company. We were both moving on to different things, but I still really wanted to work with them. I wanted the projects to be shot in natural settings. I mailed all the projects to Maria and Stephanie so I knew I’d get amazing backdrops with like Maria going to the beach in Maine, or Stephanie having two kids and being able to use them in the shoot. I just love their photography and how real and natural it feels. I didn’t want it to be too staged or styled; I wanted it to look real, and they’re so great at doing that.

They did what we call the “beauty shots” of the finished product — they shot those at their own homes. They shot all the instructional photos at the Textile Arts Center. And the behind the scenes film shots, they were doing that photoshoot week at the TAC in Brooklyn 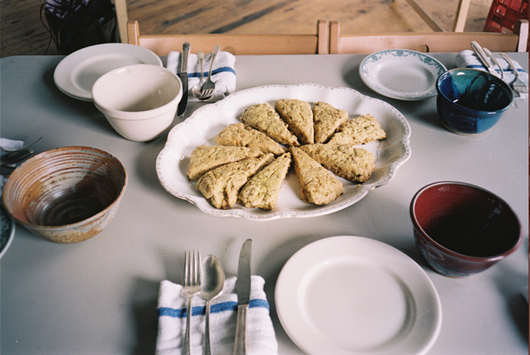 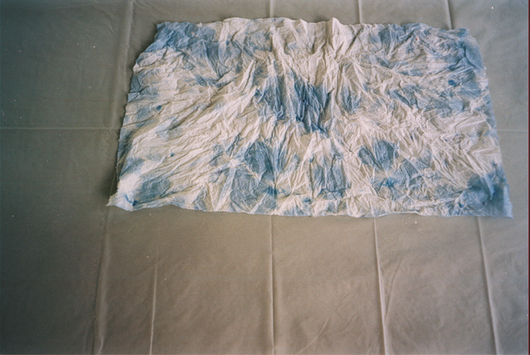 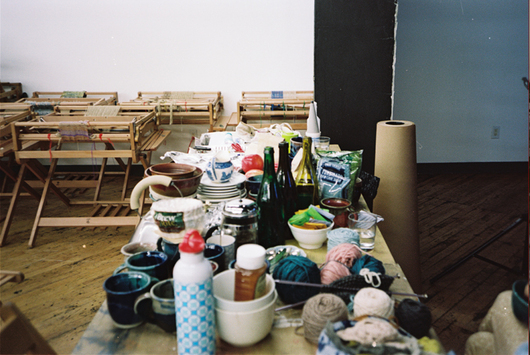 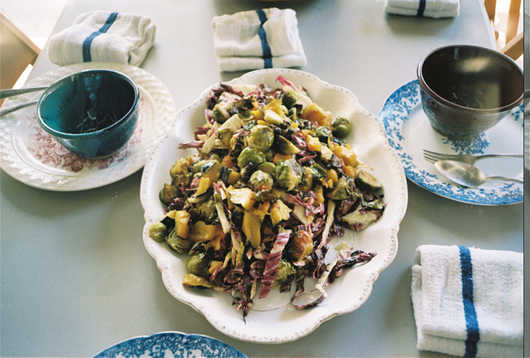 In the behind the scenes photos, there’s this really nice family vibe, with yummy food. This was clearly not a craft services situation.
The food was Maria’s idea. She suggested getting a caterer and I kind of rolled my eyes. I hate catered food, it’s so wasteful, I’ve been on shoots and there’s all these plastic trays and half the food isn’t eaten. And she was like, “yeah yeah, I know exactly what you mean but my friend Julia has this small supper club catering business where she brings in all her mom’s bowls and cloth napkins.” And she made the most amazing food. It was such a treat to have that experience. Her company is called Dinner Bell, and it just went with the whole vibe of the shoot, everyone getting along and eating wholesome delicious food. 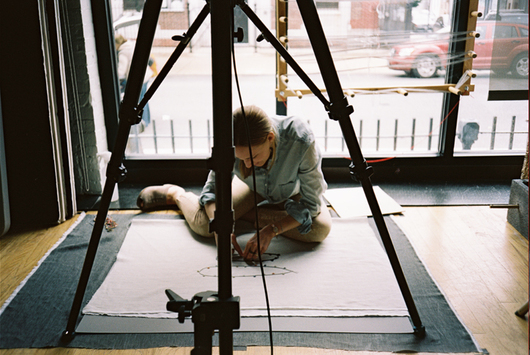 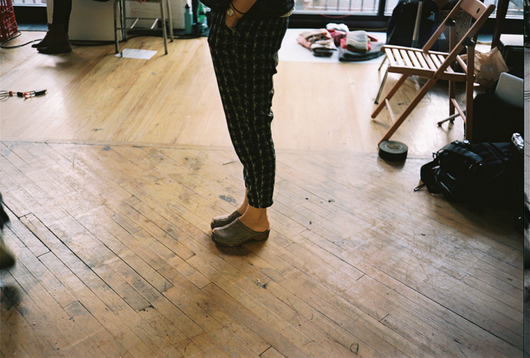 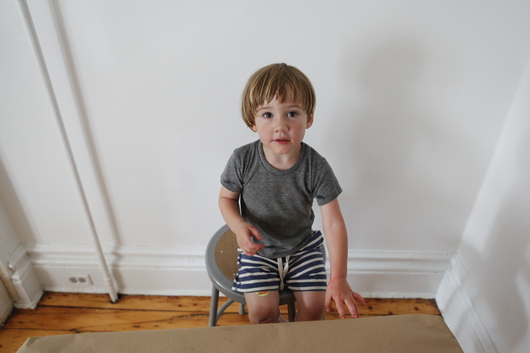 What’s your favorite project in the book?
Ooh, I couldn’t choose. I love them all.

To see the original photos and to learn more than two dozen craft projects, buy the book here 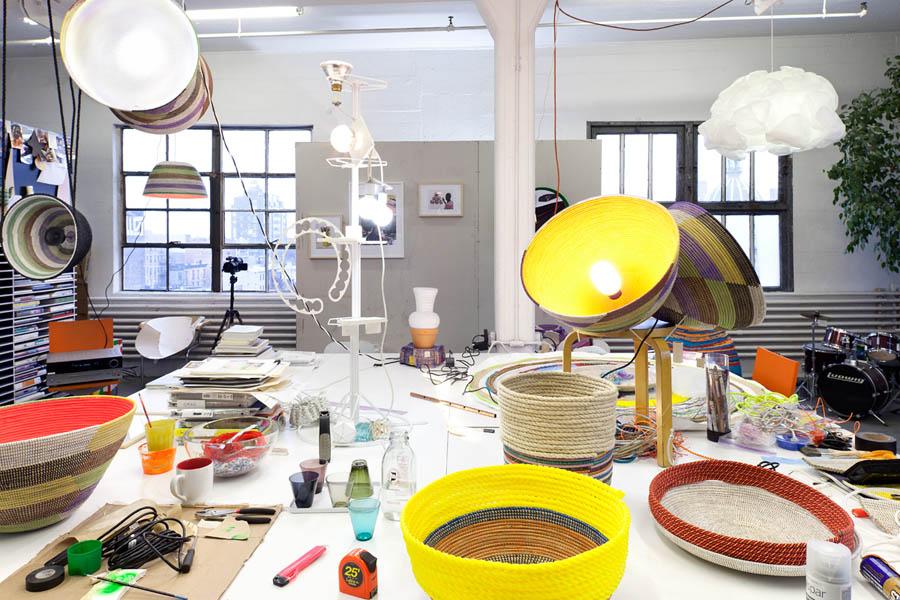 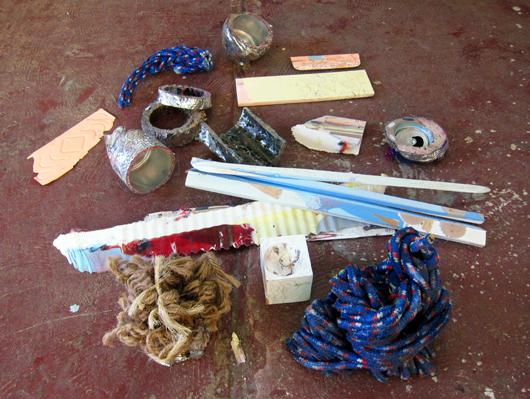 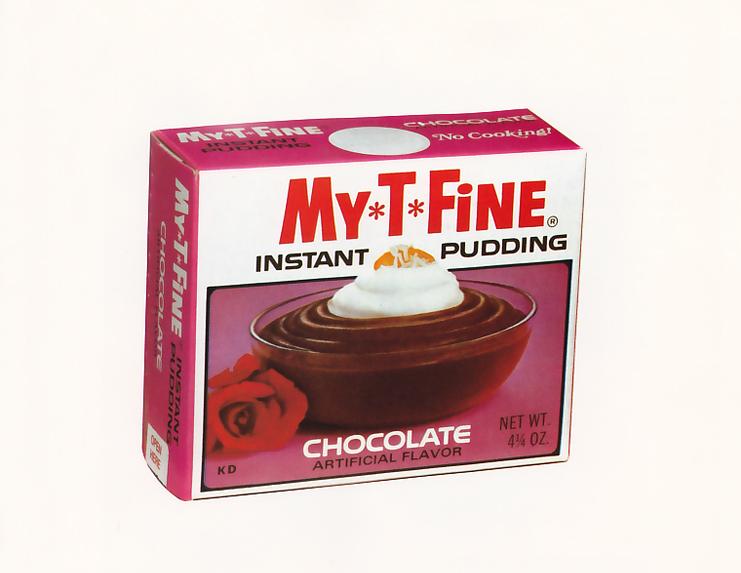