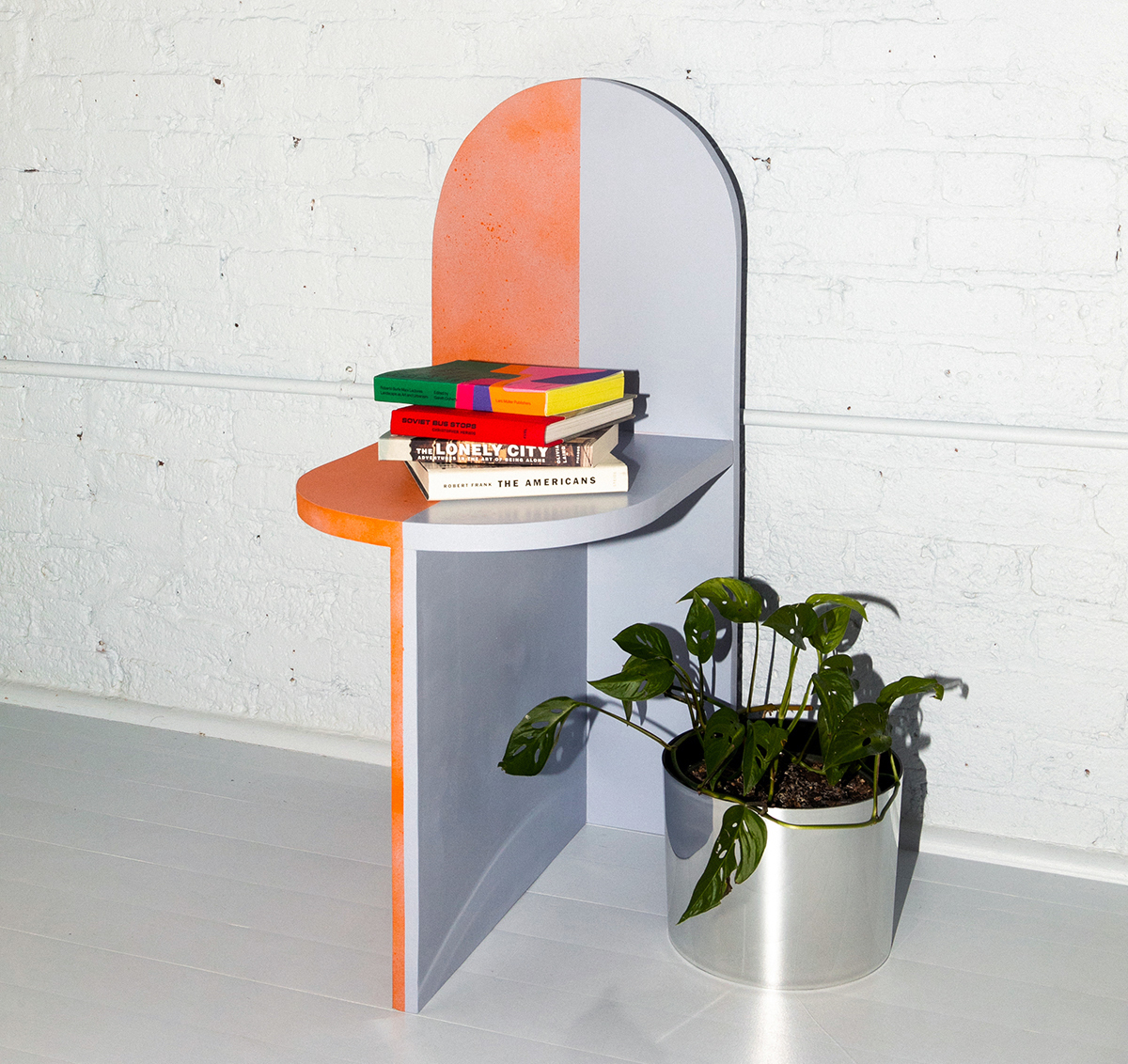 Not to make you feel bad or anything but while some of us baked banana bread during lockdown, Antonio Monserrat attempted a full renovation of his historic Williamsburg apartment, the first solo project of his career after formally training as an architect in London and Vienna and spending several years at Zaha Hadid Architects. His ambition paid off as he now lives in a space where lively pops of color meet beams of morning light and elegant arches accentuate high ceilings.

Ten years ago, Monserrat’s loft in Williamsburg, Brooklyn was converted from an industrial bakery originally built in 1915. The bones of the place remain the same. Some are welcome, like the original timber beams and columns, exposed brick walls, and high ceilings with large windows; others are more challenging — the layout of the space was predetermined by structural walls that couldn’t easily be moved without some engineering.

Instead, Monserrat created differentiation between the different living spaces using color. He imagined the entrance hall as a black box, painting it dark green and inserting a low dropped ceiling in acid pink. The effect is a dramatic change in height and light as you step into the living area; a trick to make it feel bigger than it is. The living area walls are a light peach — an alternative to white — and the entire sleeping area is painted a pale blue to encourage calm and stillness. Another tactic Monserrat used to accentuate the division between spaces was designing minimal geometric forms between rooms: slender arches and beams to make half-moons in the gaps. The mustard rectangular tiles laid vertically in the bathroom and the corrugated wall behind the bed only add to the personality of the space.

The cheerful language of playful shapes and colors in the finished apartment was cleverly developed by Monserrat before he made any major moves. He tested his concepts and combinations on a series of smaller objects: prototypes that have become useful as chairs, bedside tables, shelves, cat perches, or plant stands. “This process was essential in allowing me to make early decisions for the design of the apartment, including some key furniture pieces such as bespoke window shutters, towel rail, custom built-in storage, dining table and bed frame,” he says. The rest of the furniture is part of Monserrat’s life-long collection. He goes by the philosophy of choose well and make it last — a maxim that could also be applied to the tiny, airy, and light space he calls home. 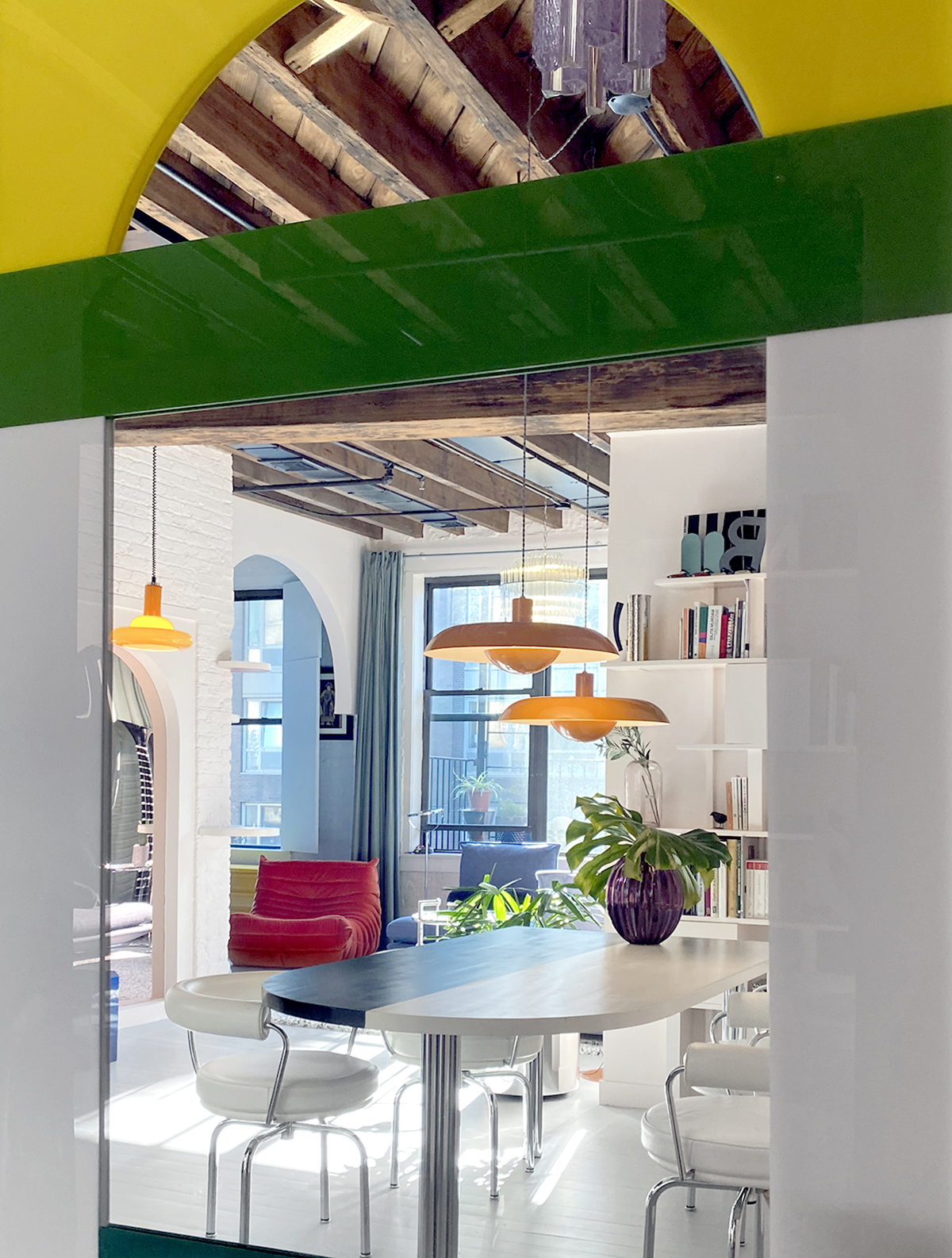 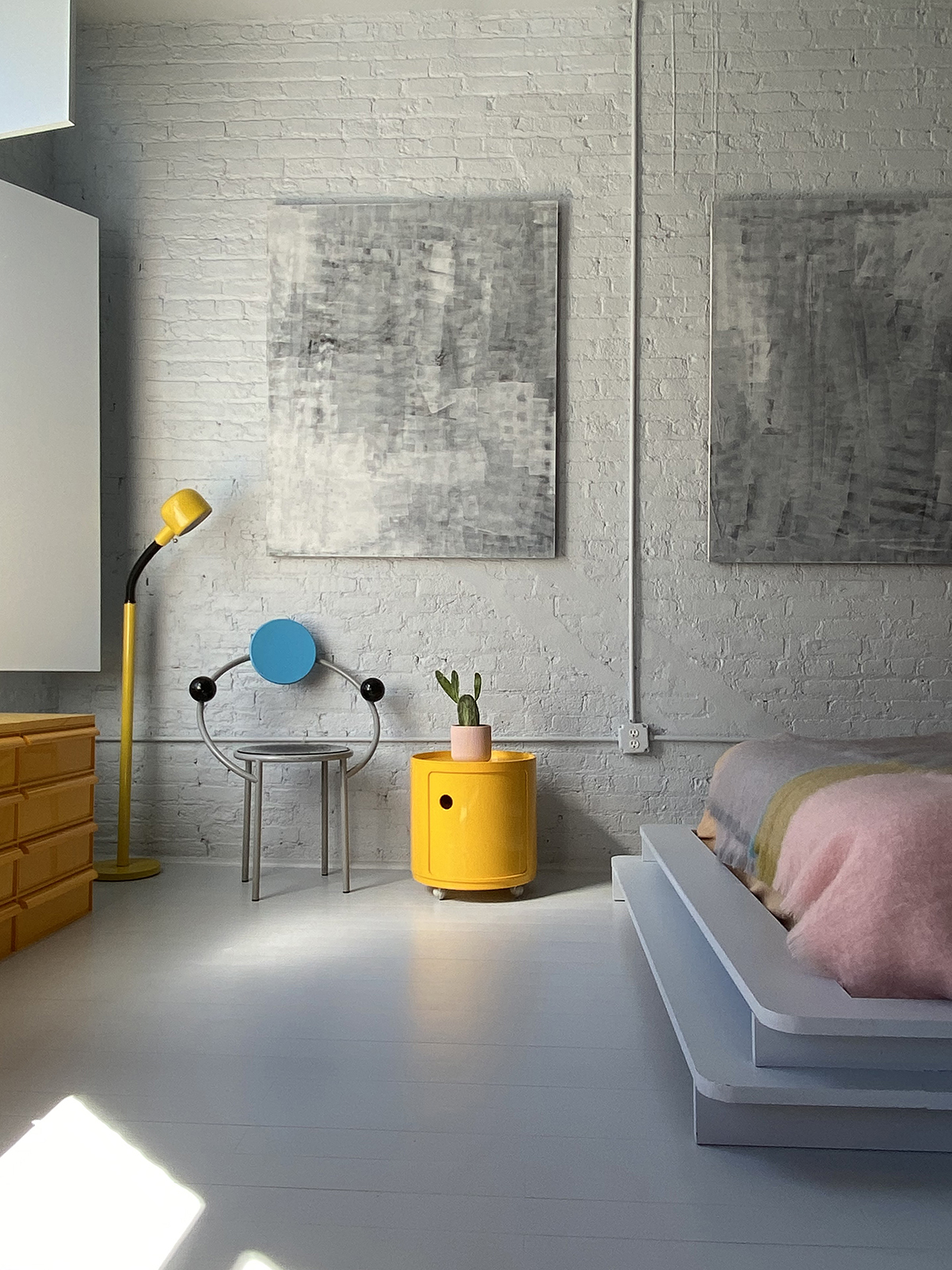 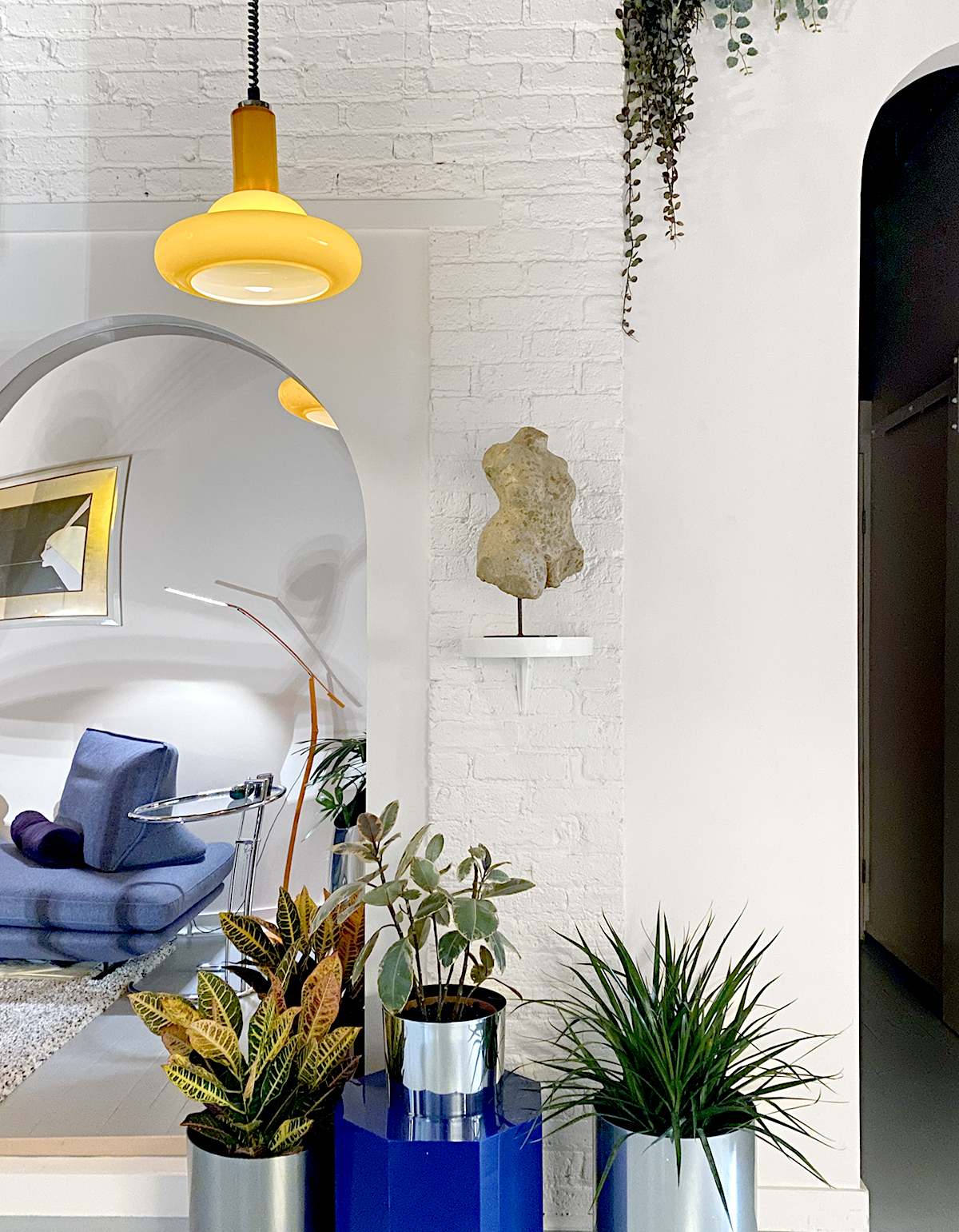 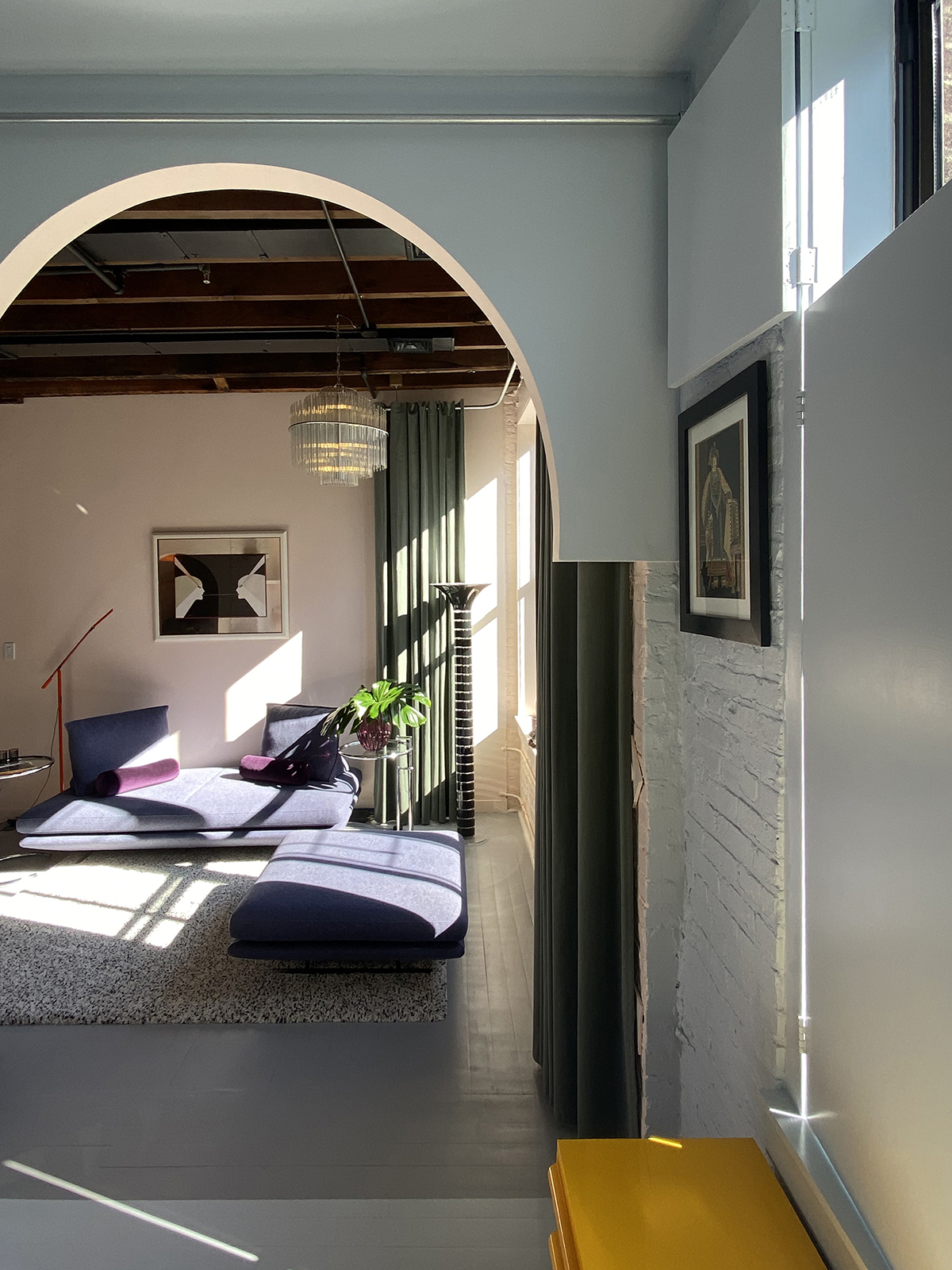 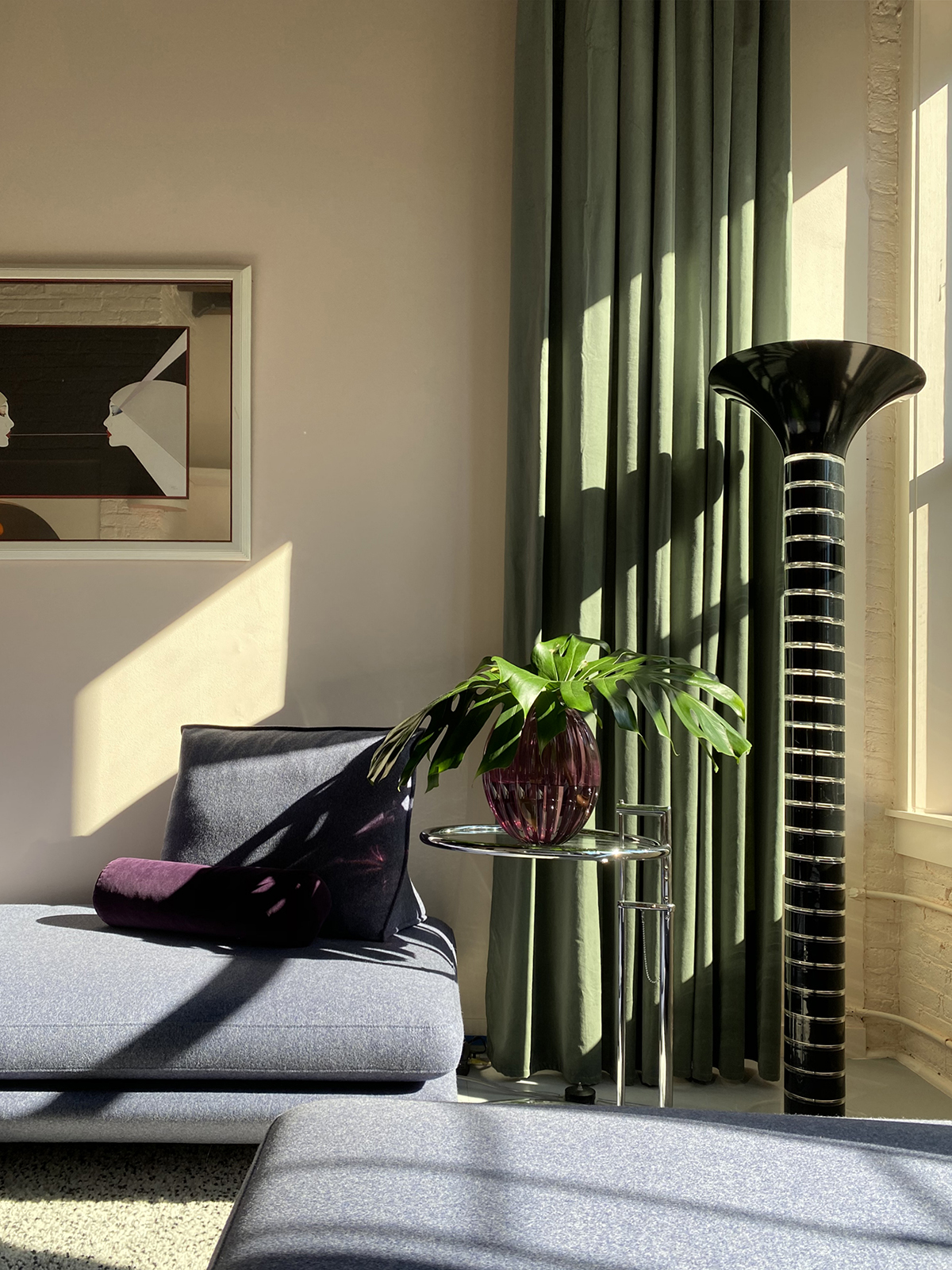 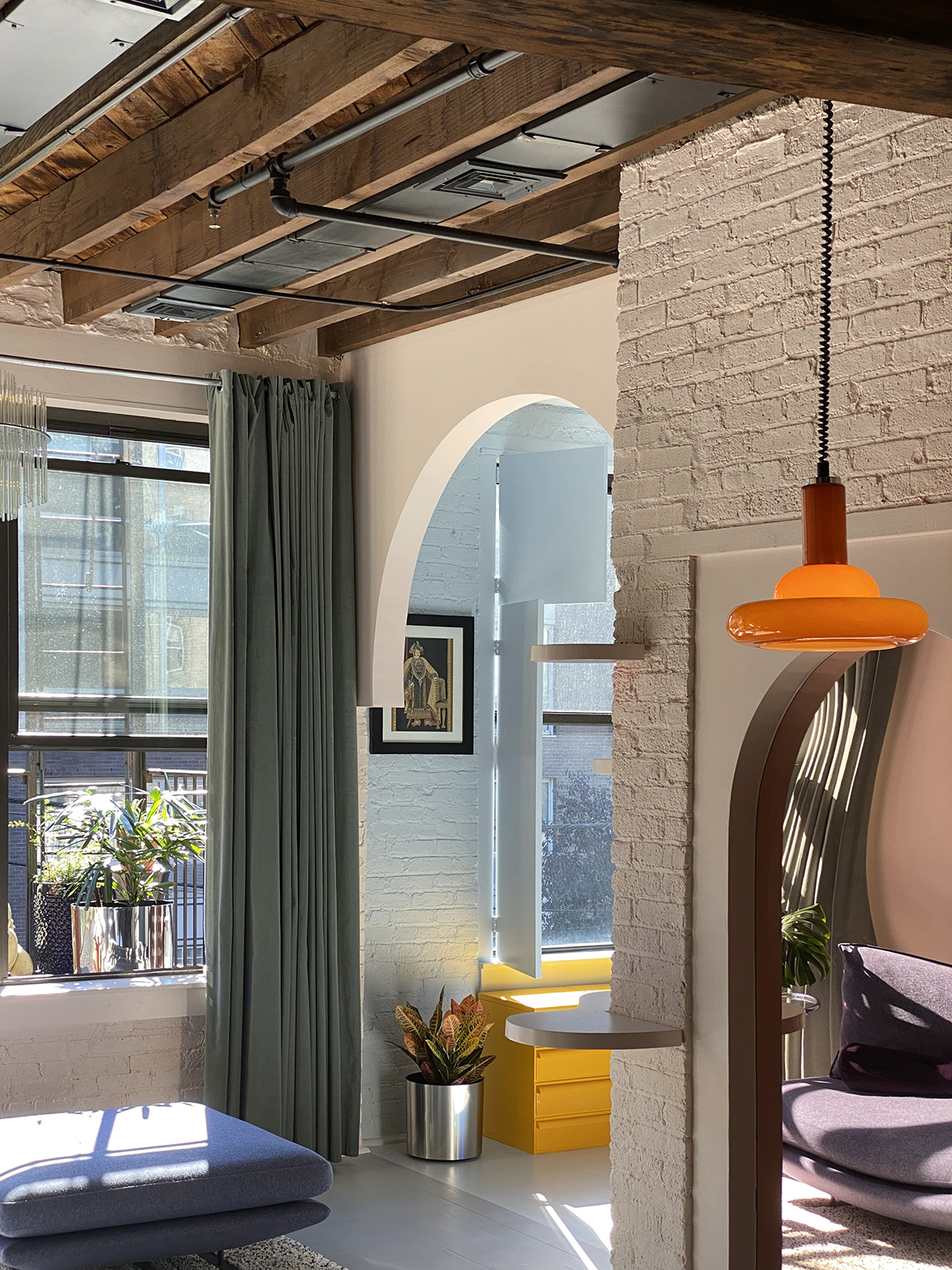 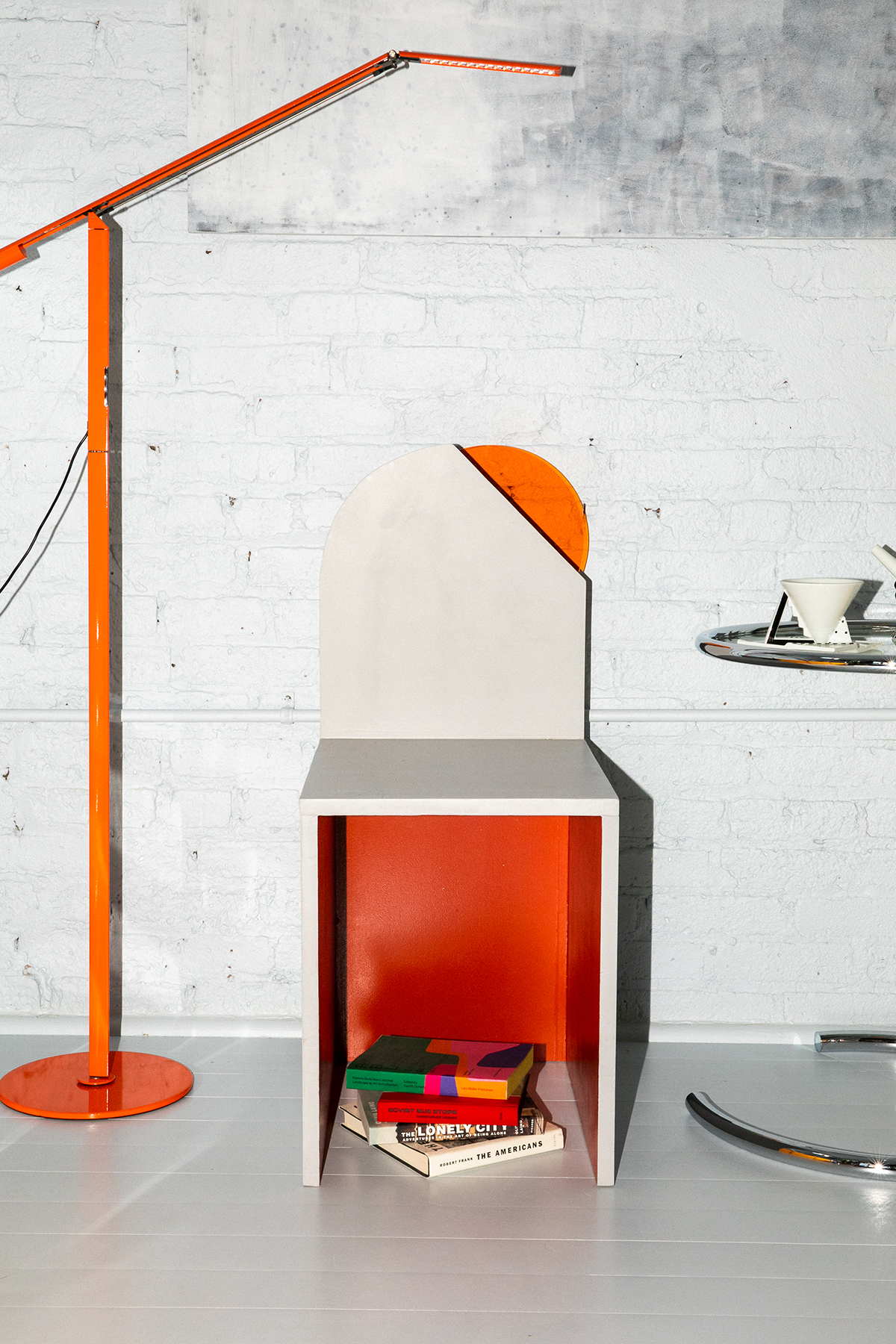 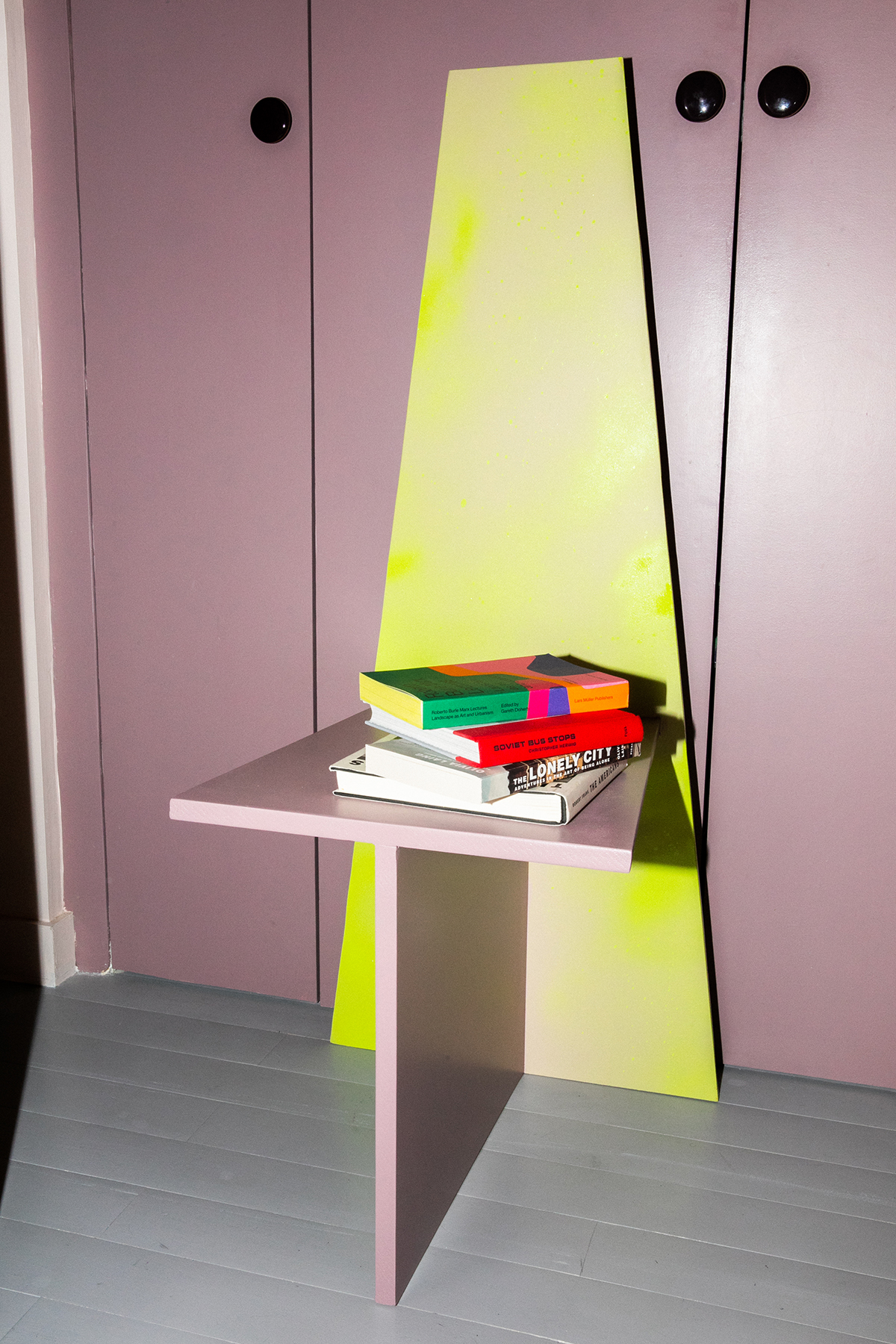 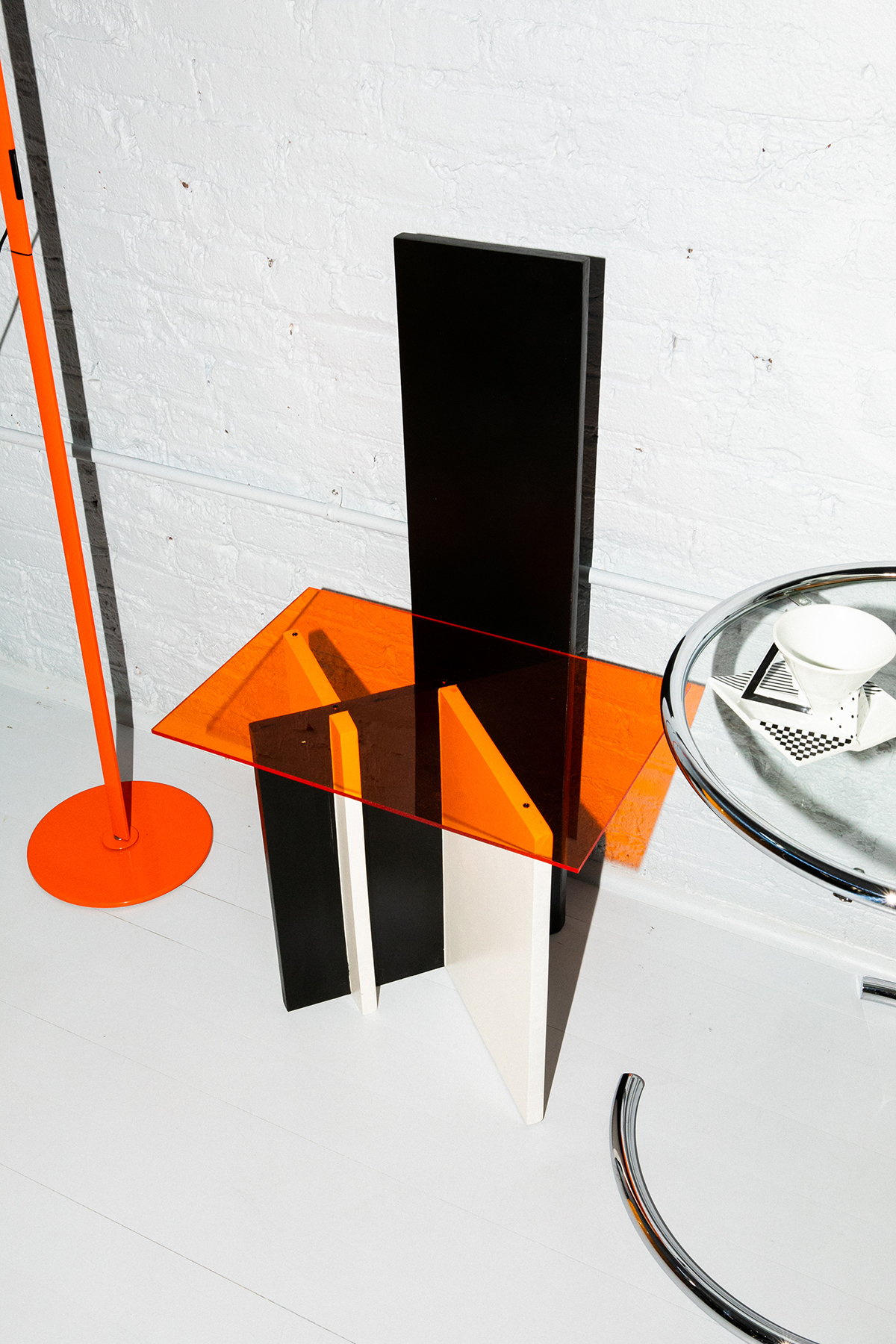 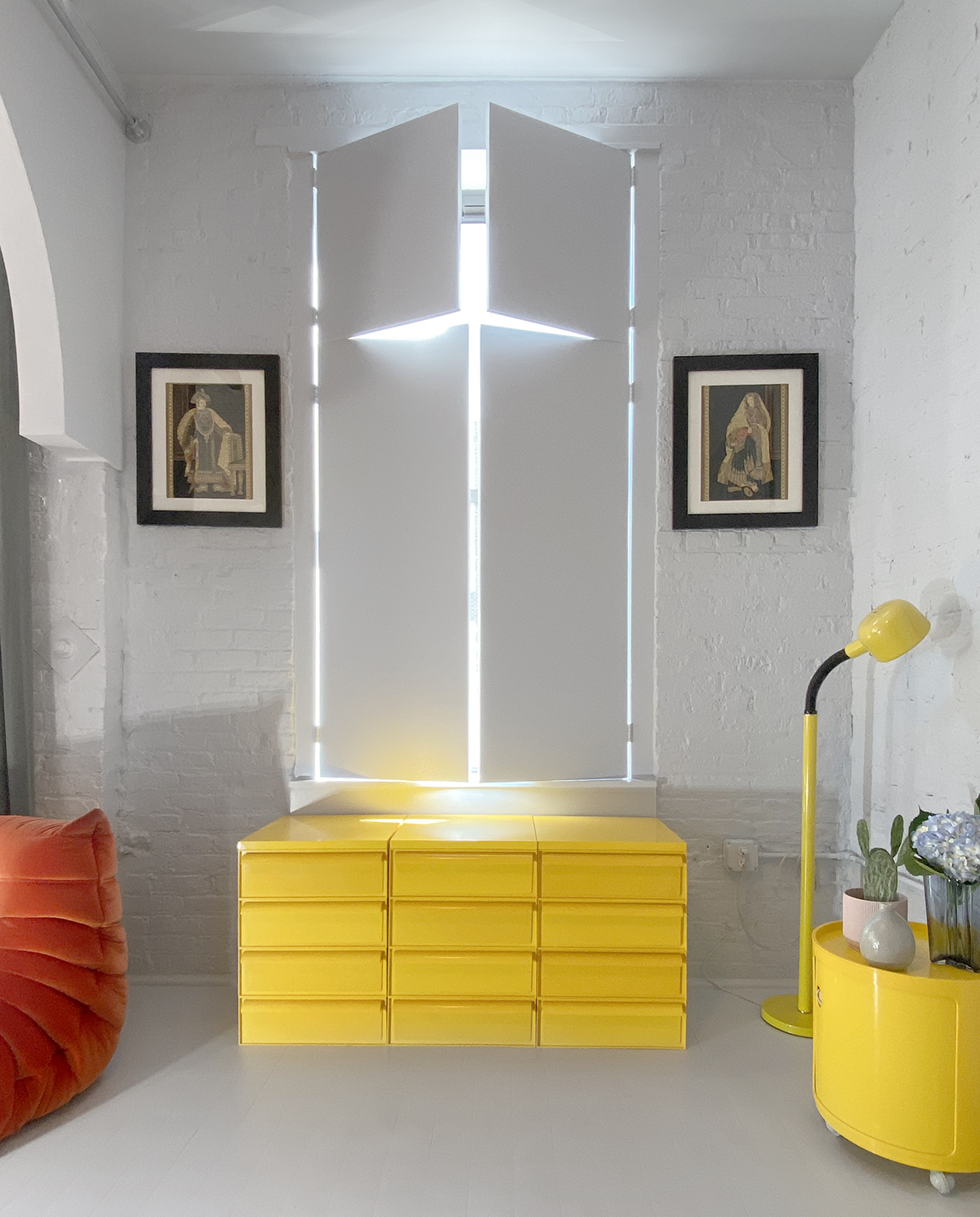 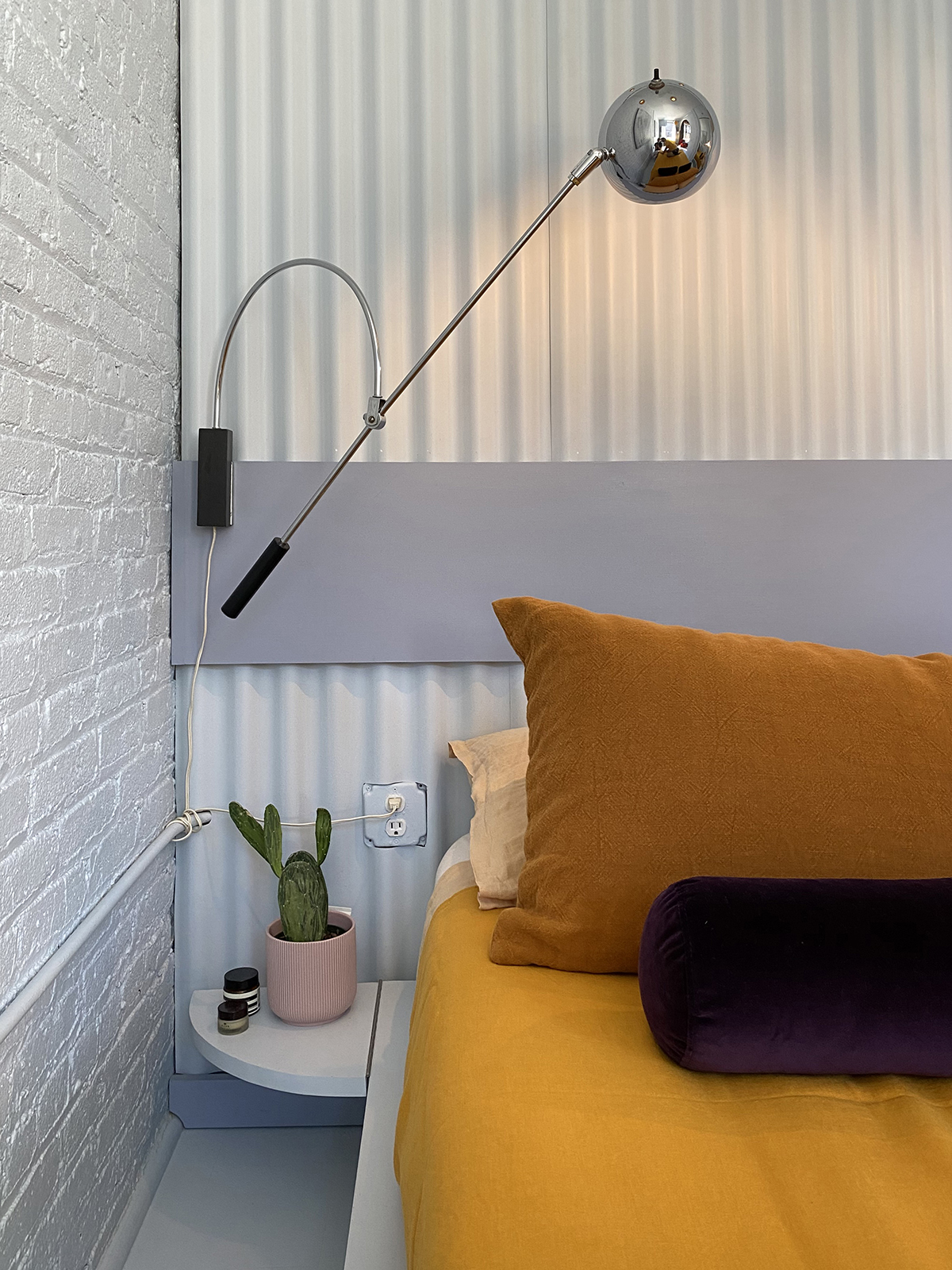 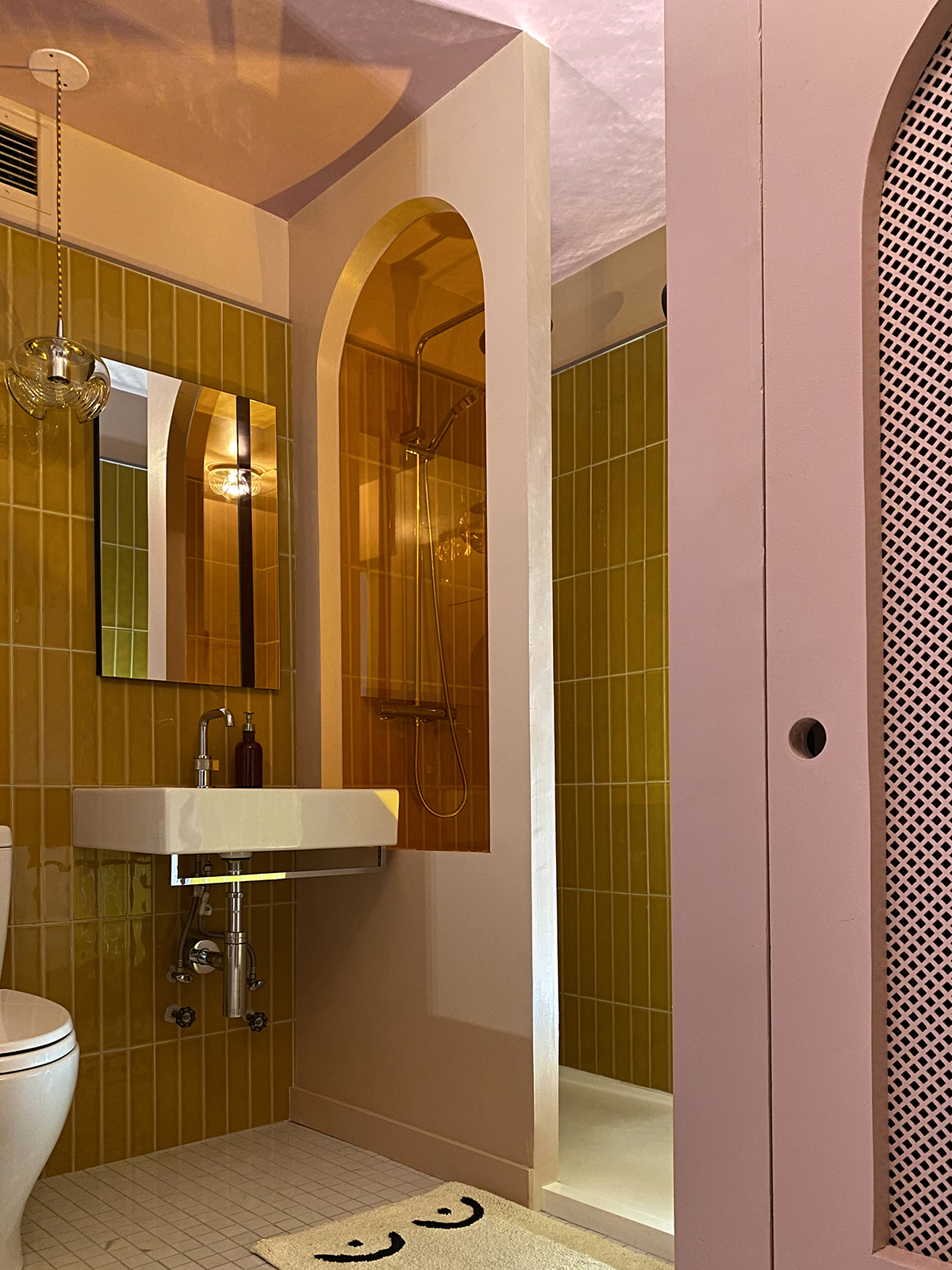 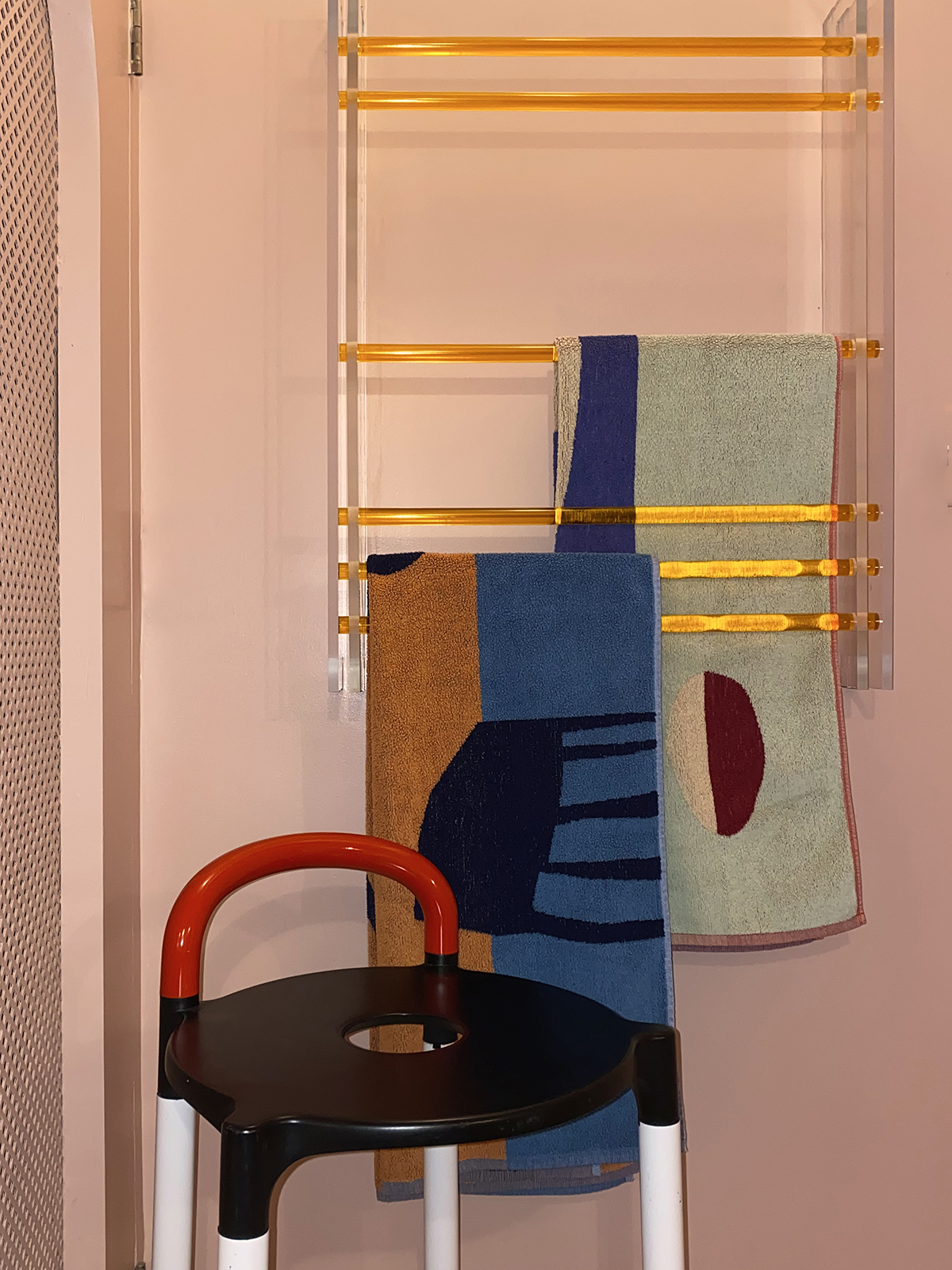 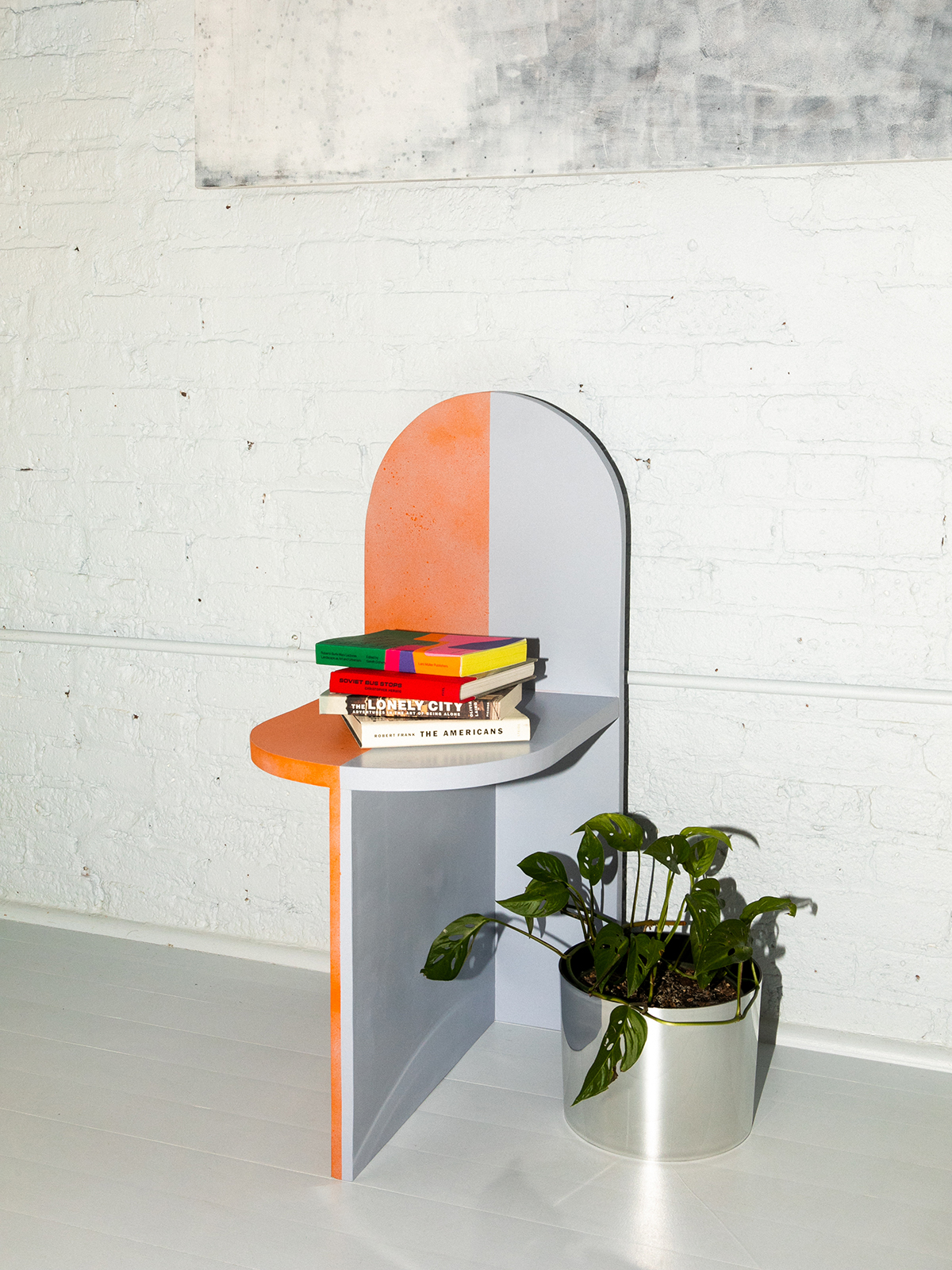 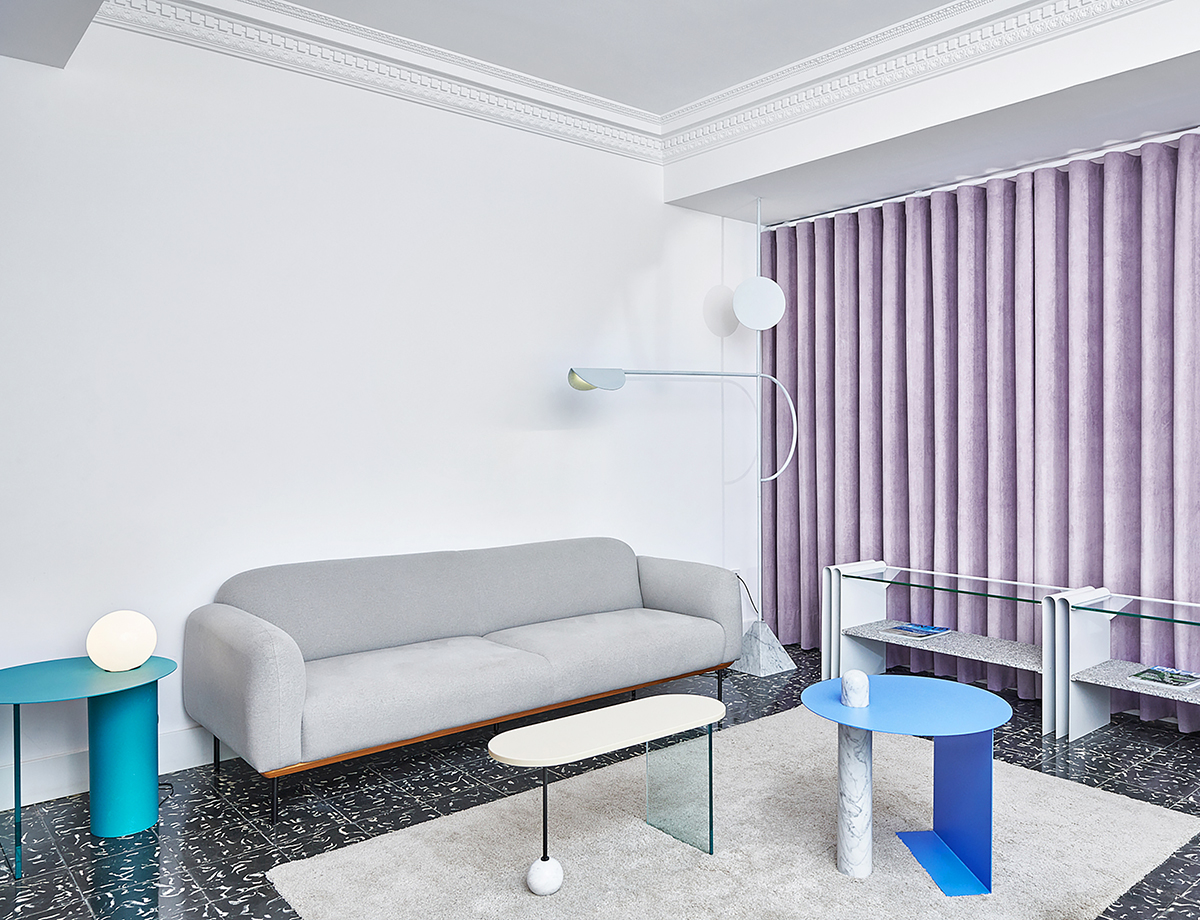 Mario Montesinos Marco is just one year out of architecture school, but this marks already the second time we've featured his interiors, and this one's a doozy: For the renovation of a friend's apartment in Valencia's Ruzafa neighborhood, the Spanish architect designed most of the furniture and lighting according to the same principle that drove his art school thesis — "disco space."
More 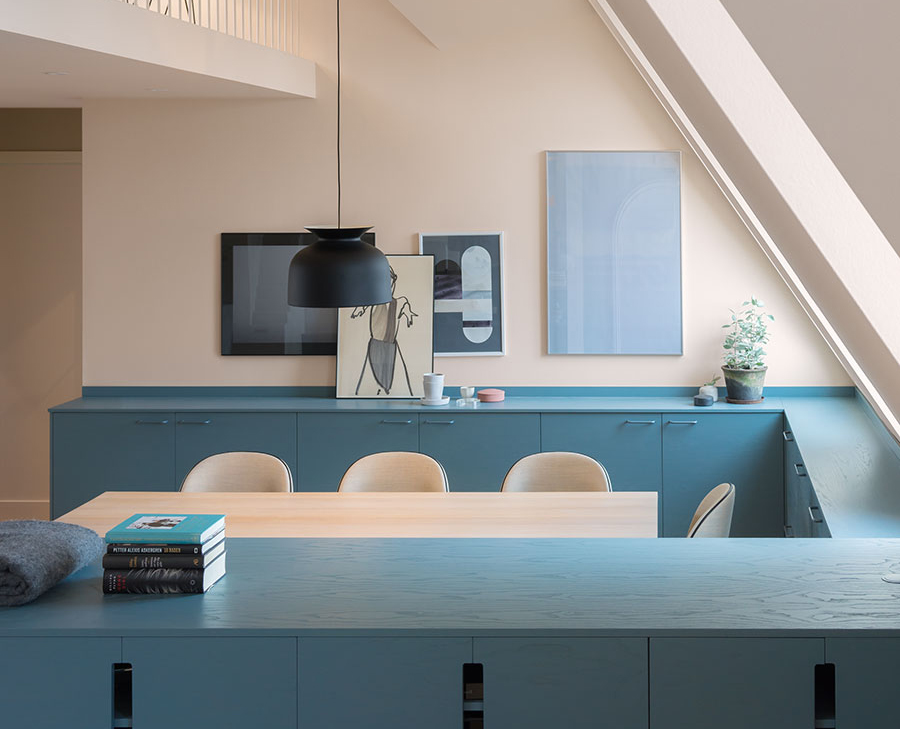 The Color Palette of This Stockholm Interior Is Just. So. Right.

This 2,000 square-foot apartment renovation in Stockholm by Note Design Studio — which we spotted on Yatzer yesterday — features sloped double-height ceilings, skylights, sleek built-in storage, and harmonic geometries at every turn. But for us, it's really all about one thing: the drop-dead gorgeous color palette.
More