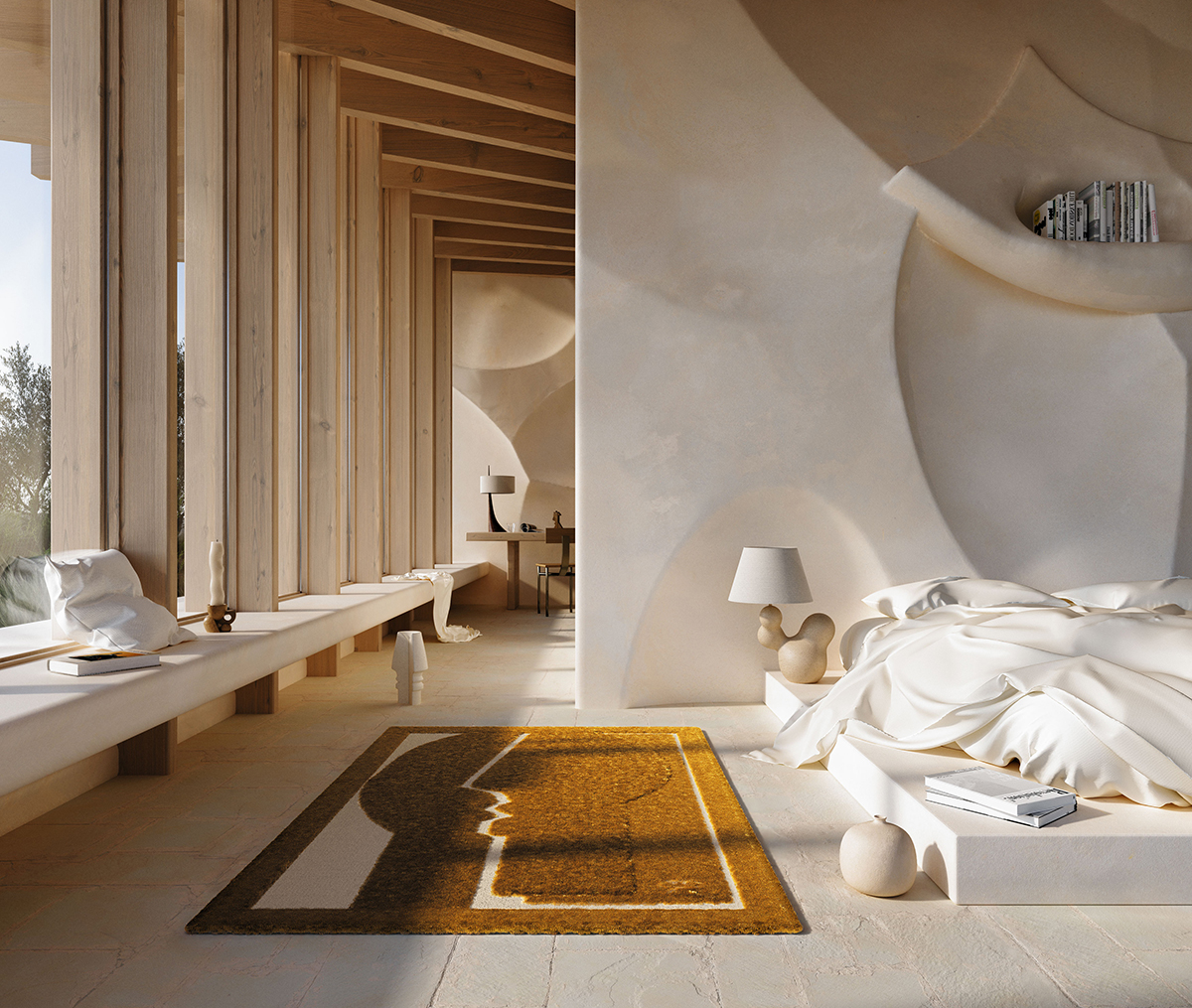 Home and family, in literal and figurative ways, have guided the rug company Nordic Knots from the outset, when Liza Laserow-Berglund, her husband Fabian Berglund, and his brother Felix began their endeavor. Their aim, as they’ve said, was “to bring something from our home, which is Sweden, to every home — and at the center of every beautiful Swedish home is a great rug.” So, it makes sense that the idea of home – leaving it, searching for it, returning to it, creating it yourself – would be the focus and inspiration for Nordic Knots’s new collaboration with their old friends Bessie Afnaim Corral and Oliver Corral of New York’s luxe yet understated lifestyle brand Arjé.

“We met Liza and Fabian in our early days of NYC more than twelve years ago,” says Bessie. “Seeing them move back to Sweden, watching them build their brand from afar was incredible to witness — and we were always such fans of what they were creating.” Arjé, initially a clothing line, launched their curated home décor and furnishings collection last October. “When we were starting to build Arjé Home, collaboration was at the core of our concept and Nordic Knots was naturally the first brand we spoke to — both as friends and confidants,” Bessie adds. Eventually, the notion of “home” as a design approach emerged. “This concept felt so natural to all four of us, having lived in NYC and found ‘home’ and ‘family’ here and feeling so not at home in other parts of the world, at other times in our lives. It was the start of a conversation that led our entire design process.”

The result: two limited-edition rugs, in various sizes, made from hand-knotted New Zealand wool, that beautifully reference the abstracted, fragmented shapes of Cubism while adding cozy texture to interior spaces. The inviting “Face” rug features recessed areas of cream against thick, shaggy planes of ochre. From a distance, a visage comes into focus, but up close, it looks almost topographic, like a river cutting through rock. In the corner, a subtle symbol merges the knot of Nordic Knots with Arjé’s eye logo. The monochromatic off-white “Family” rug has the intricate, overlapping detail of a pieced-together puzzle, but remains minimalist in its overall effect. When it comes to color palette, Nordic Knots has typically looked to the light and atmosphere of Sweden, inspired by the 20th-century architecture of Stockholm — deep blue, pale pink, muted green, dusty white. Their previous collaboration with British designers Campbell-Rey made a nod to Gustavian Swedish design. But the “Face” and “Family” rugs blend that traditional Scandinavian coolness with a Mediterranean warmth, drawing on Bessie’s Turkish and Oliver’s Spanish backgrounds.

Though it’s the Corrals’ first foray into rug design, it felt like an organic extension moving from clothing into homewares. “We see it as all the same,” says Bessie, “working with form, proportion, color, texture, shape, and scale.” Still, they’ve been thoughtful about the specific nature of this project. “We discussed how these rugs would live forever in someone’s home, the purpose of each of them, and how they must work in multiple types of homes — crossing all seasons and styles.” What they came up with are foundational but versatile pieces that resist disposability while appealing to a range of tastes. And the process of translating their vision into a finished product, she notes, was pretty effortless, thanks to the expertise of the Nordic Knots team and the comfort level they all have with each other. Comfort and ease — isn’t that, ideally, what feeling at home is all about? 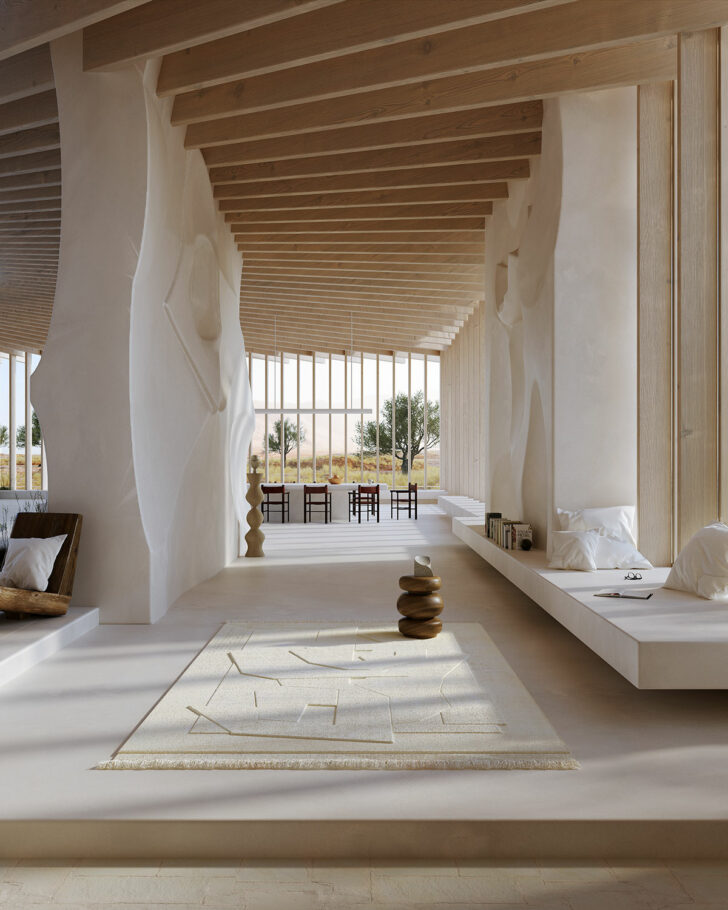 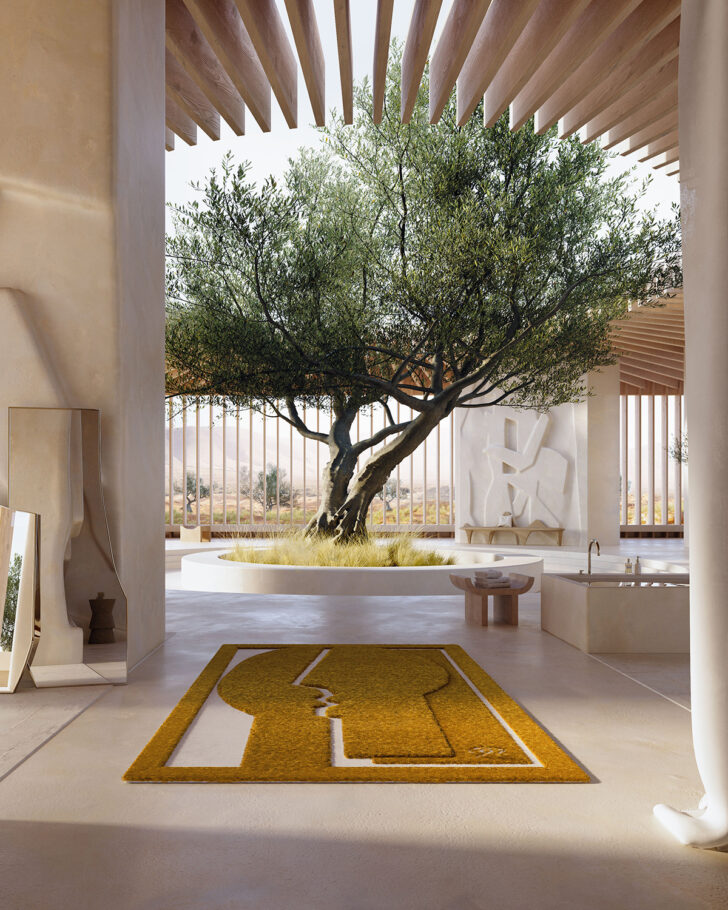 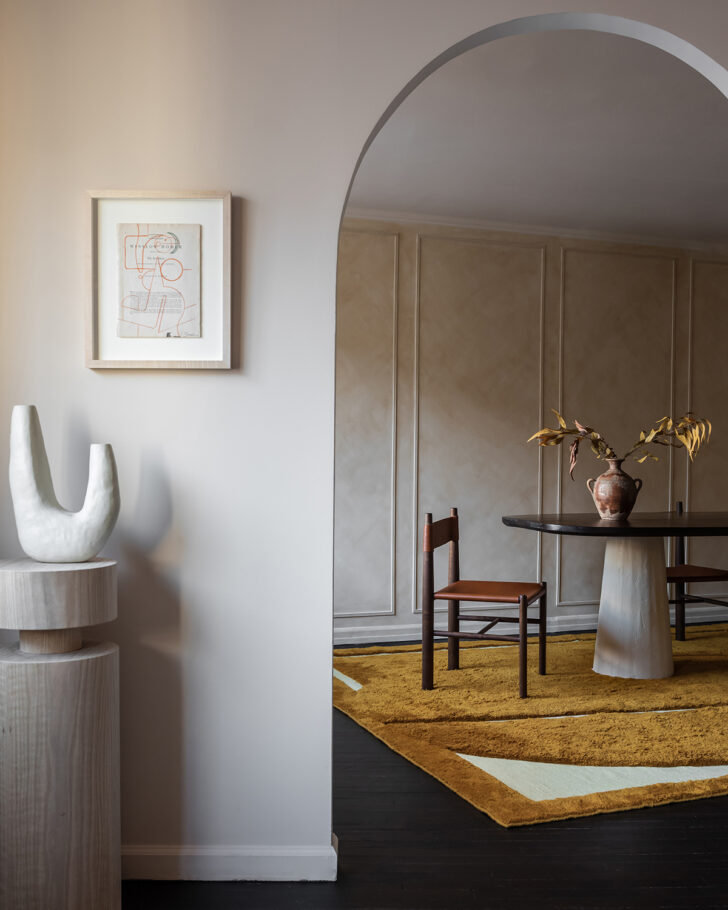 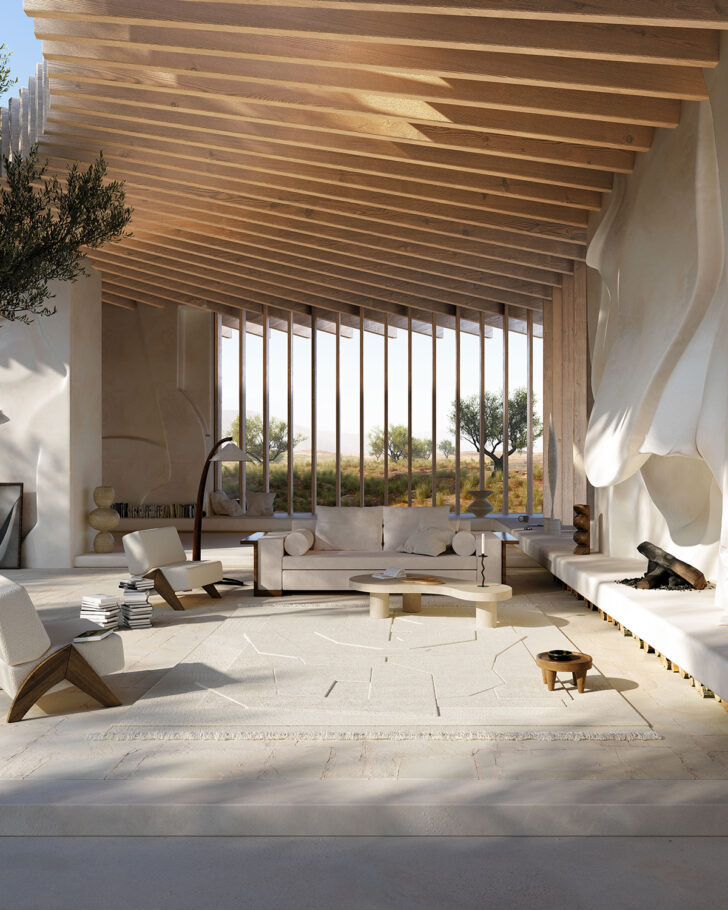 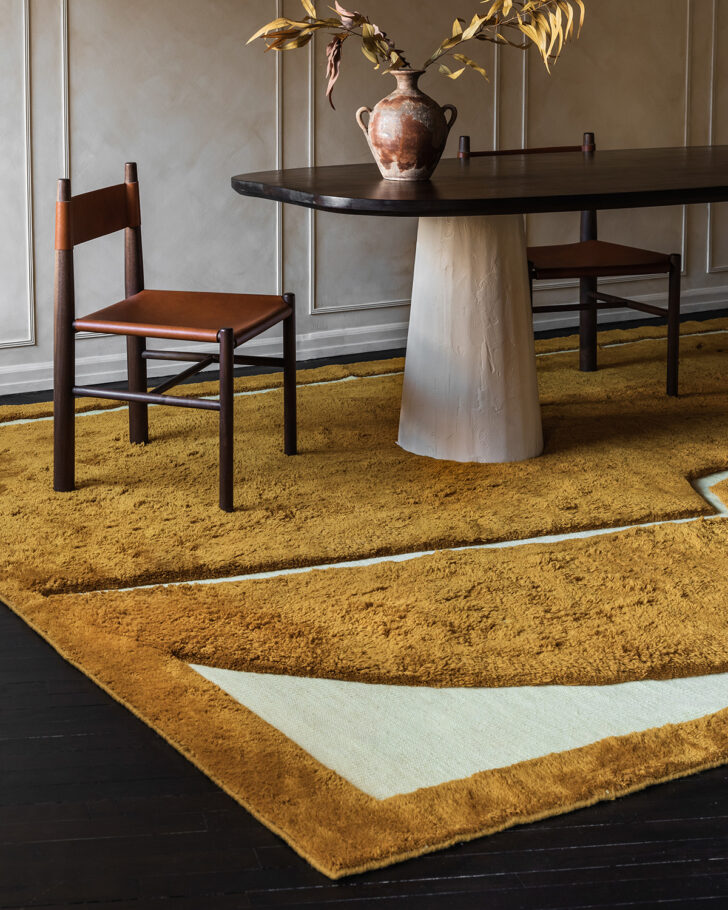 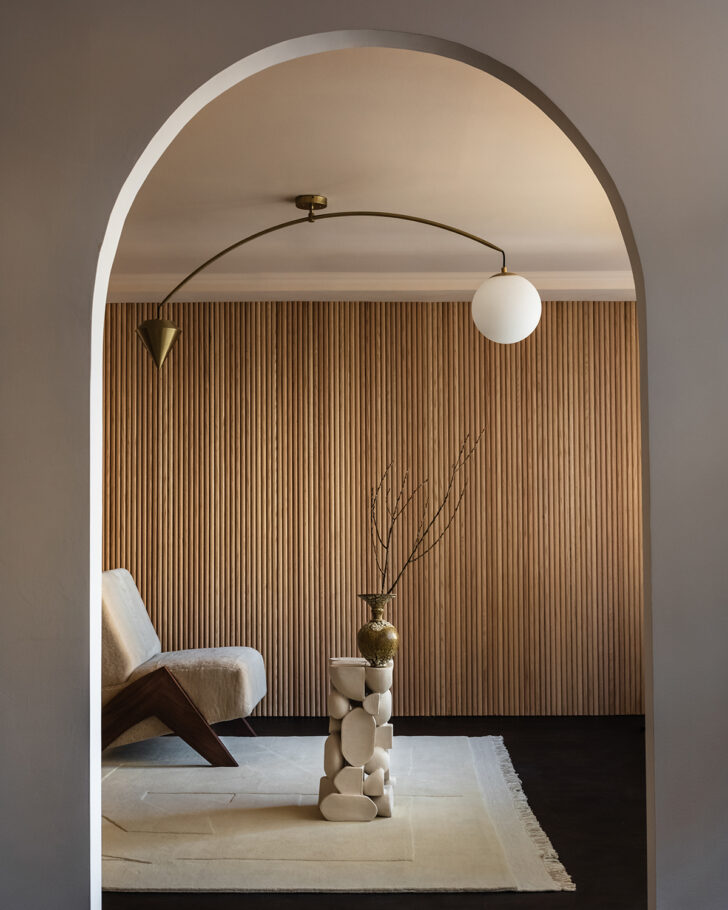 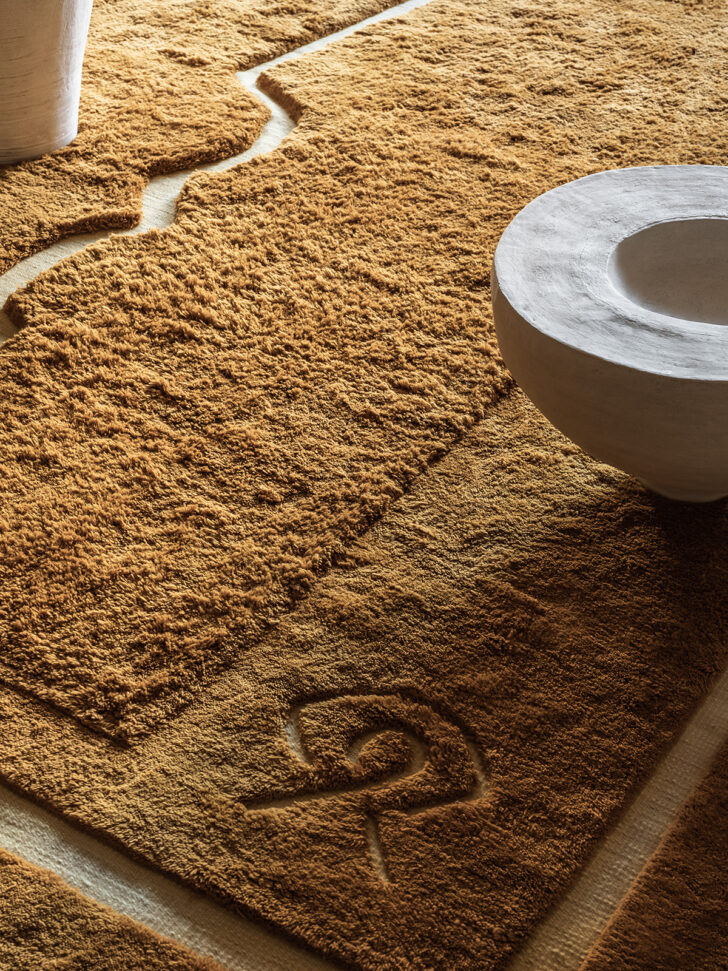 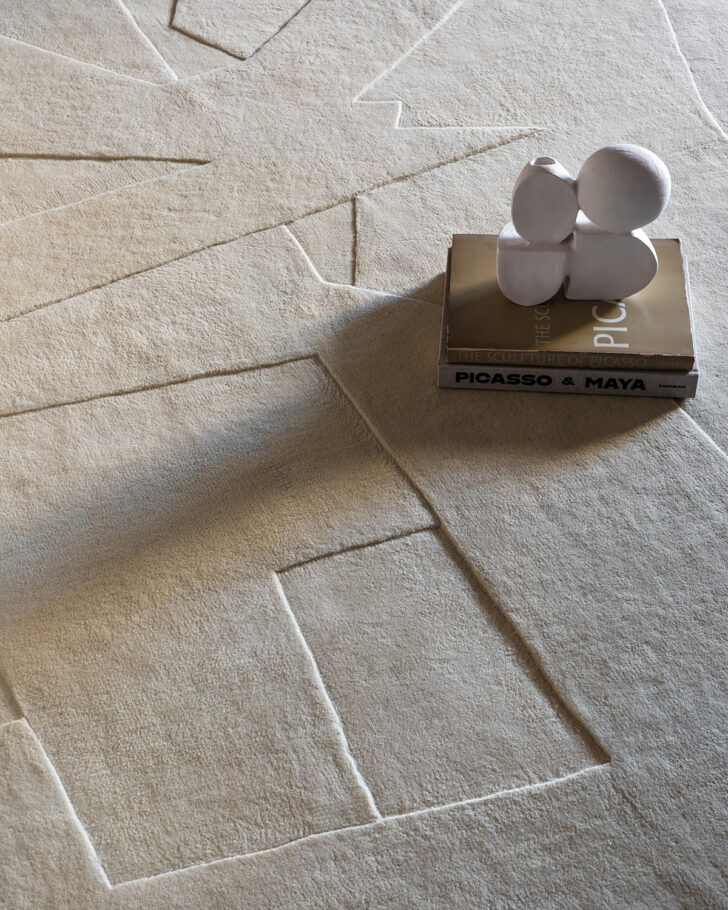 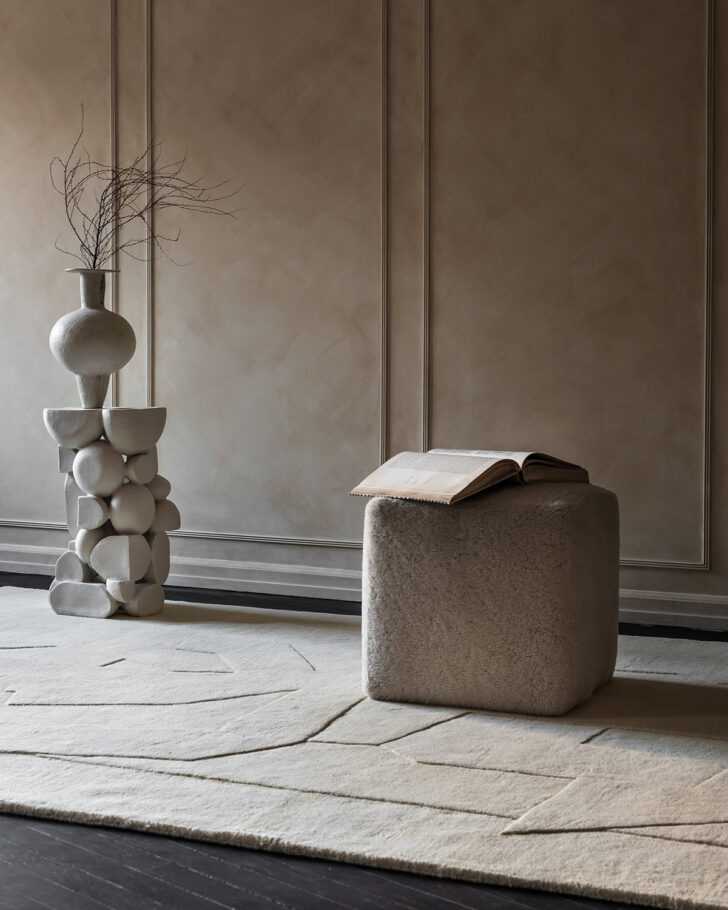 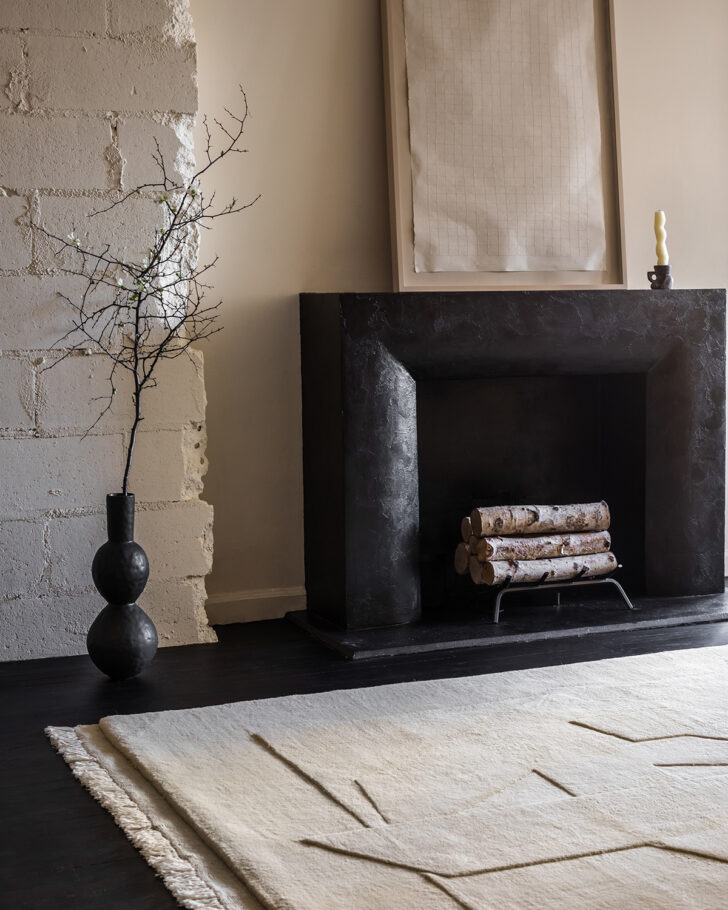 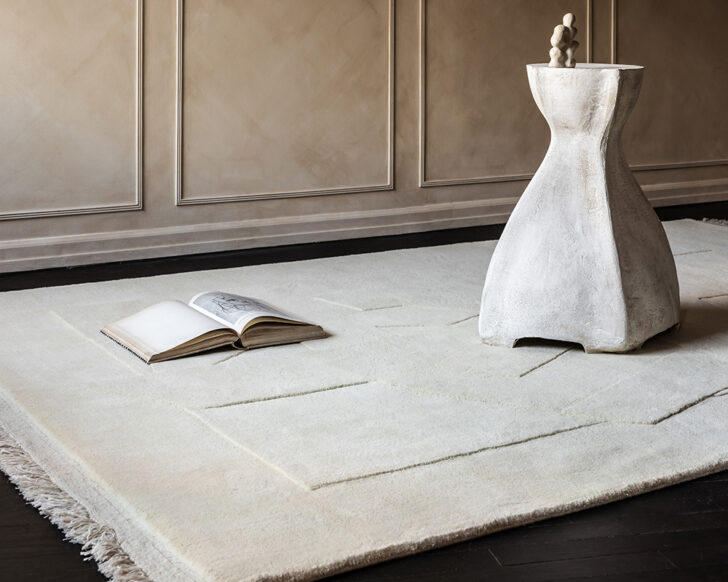 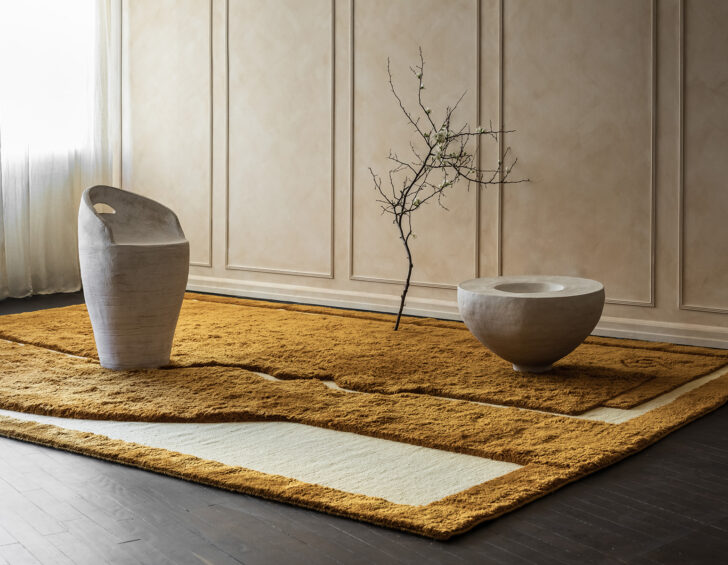 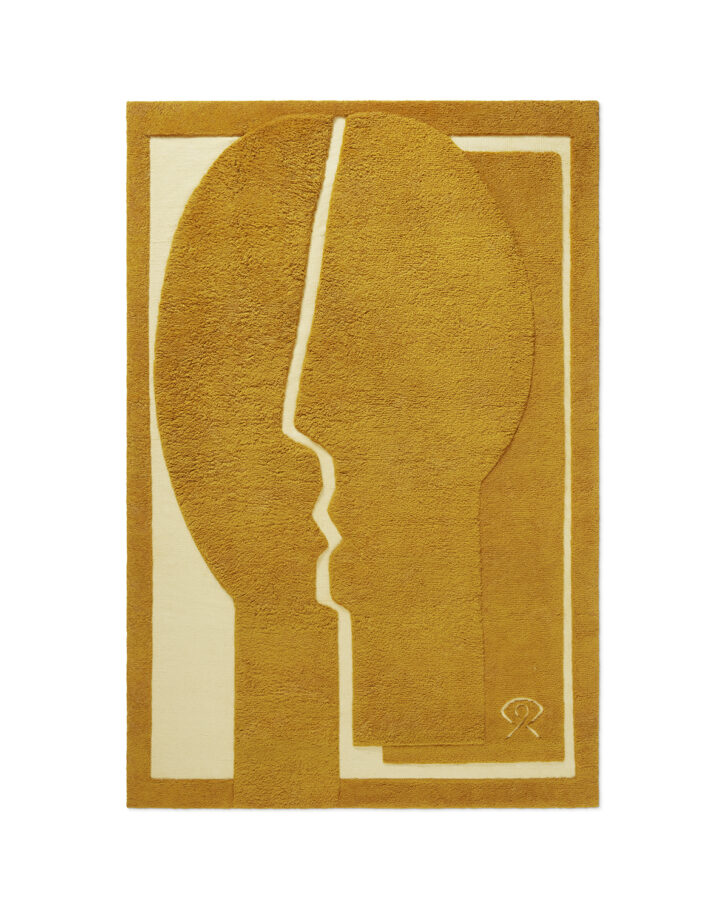 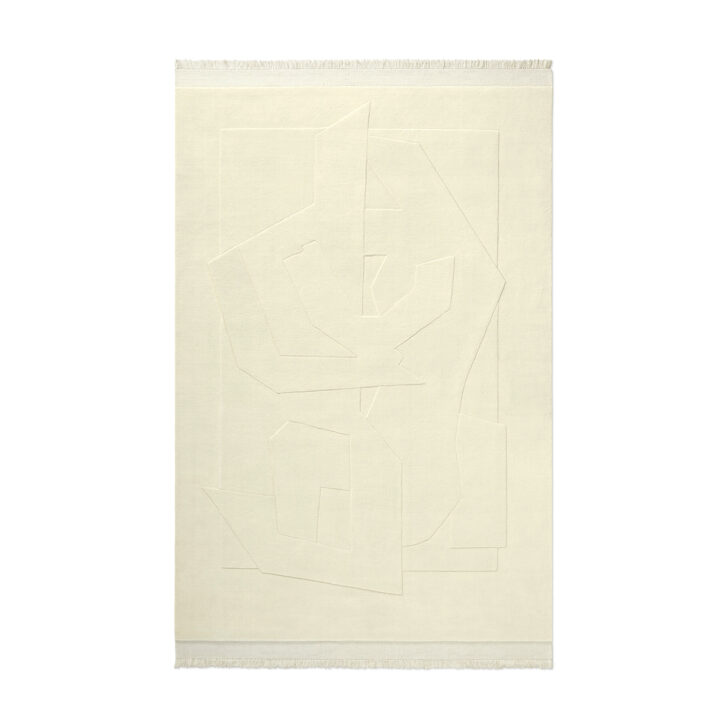 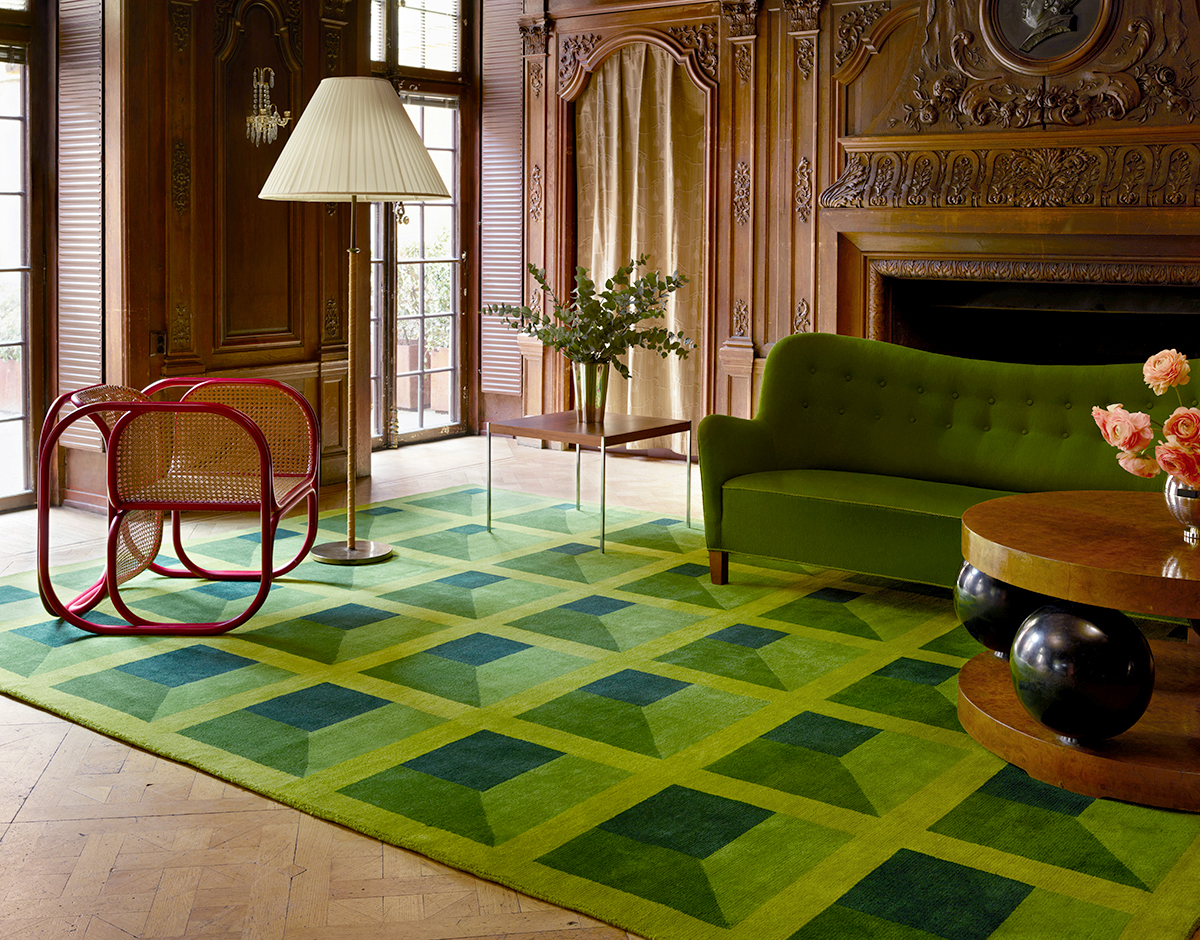 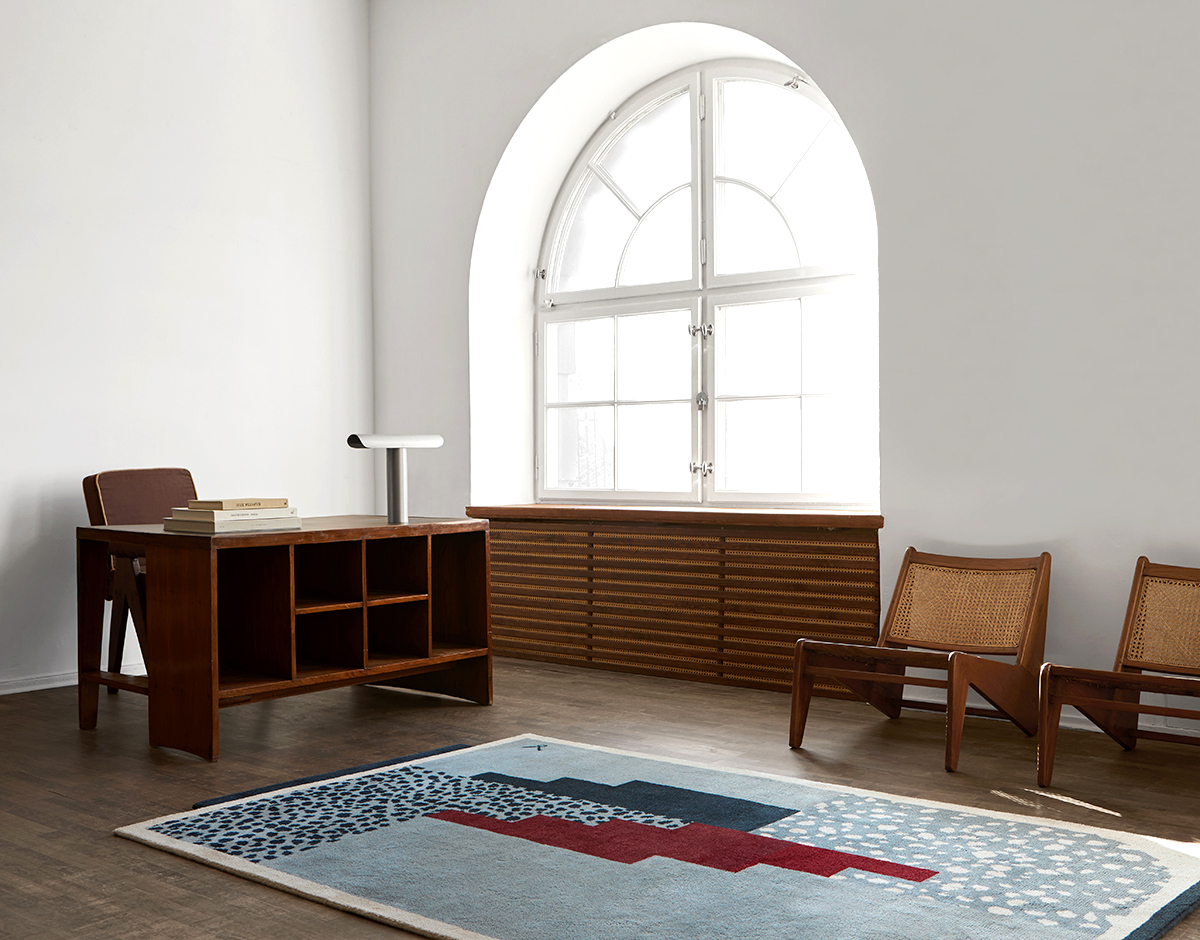 The 1920s were a great decade for Swedish design and architecture, birthing the short-lived Swedish Grace movement, which combined the decorative expressiveness of Art Deco and Neo-classicism with a signature Scandinavian restraint. They were also a great decade for rugs, as talents like Eileen Gray, artist Fernand Léger, and soon-to-be-artist Francis Bacon adorned floors with vibrant geometric compositions. A new collection from the Swedish company Nordic Knots, called Art Deco, channels that magical moment in time, with three rug designs that take inspiration from the period’s ethos, shapes, and colors.
More 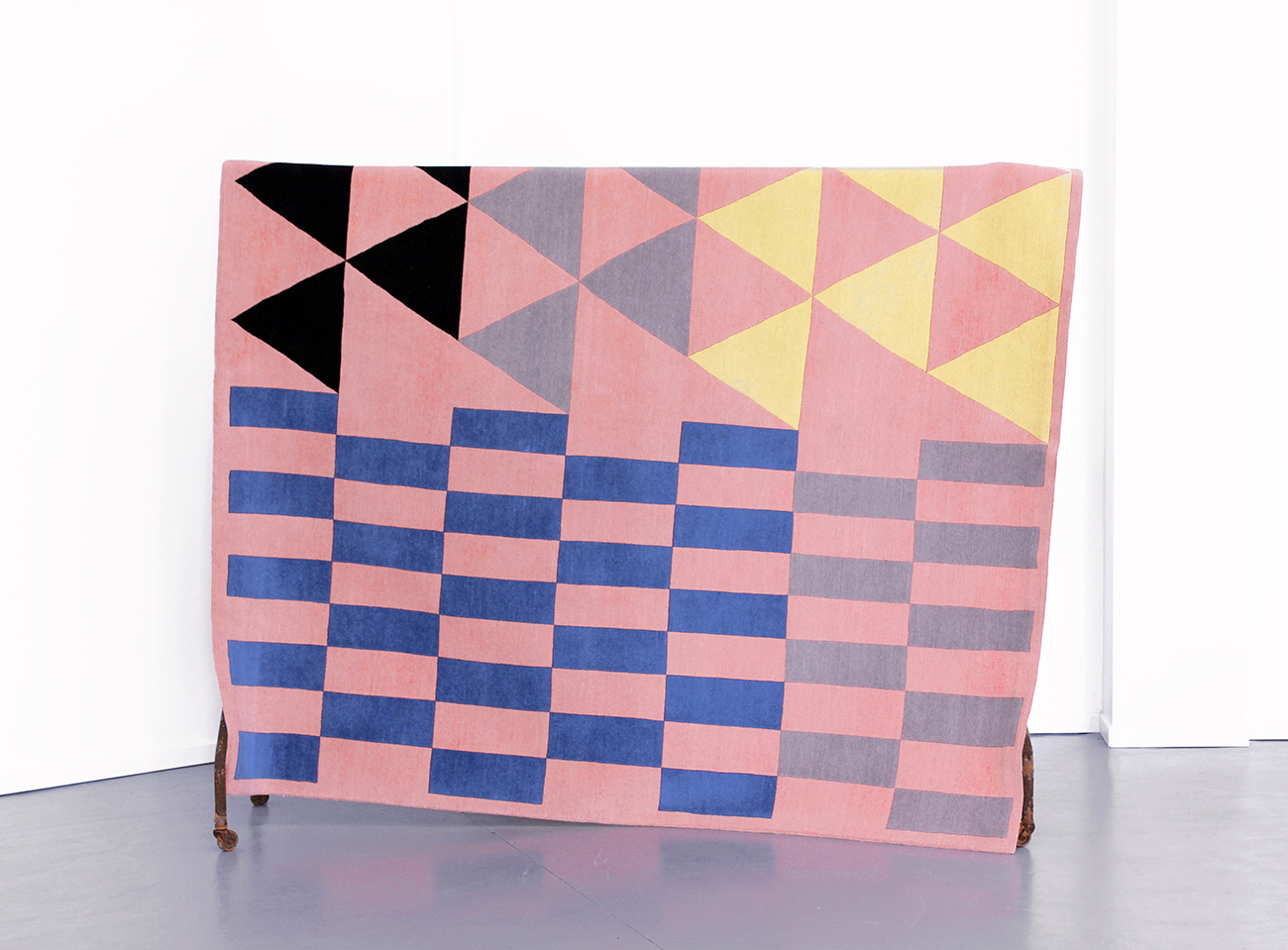 At the end of last year, we began to notice a new trend in patterned rugs. Gone were the ubiquitous chevron stripes and hexagonal motifs, and in their place was a new kind of graphic, geometric look — elemental shapes that had been stacked, abstracted, layered, mixed, or simply juxtaposed alongside each other (in other words, a pretty healthy reflection of what's happening in furniture design right now as well). As with most trends, the second we began noticing one or two rugs in this vein, they were suddenly everywhere. So, we did what any object-obsessed, semi-helpful design blog ought to do — we gathered them all into one place, for your shopping enjoyment. Herewith, your definitive guide to Sight Unseen's favorite, statement-making geometric rugs — and where to find (and buy) them right now.
More