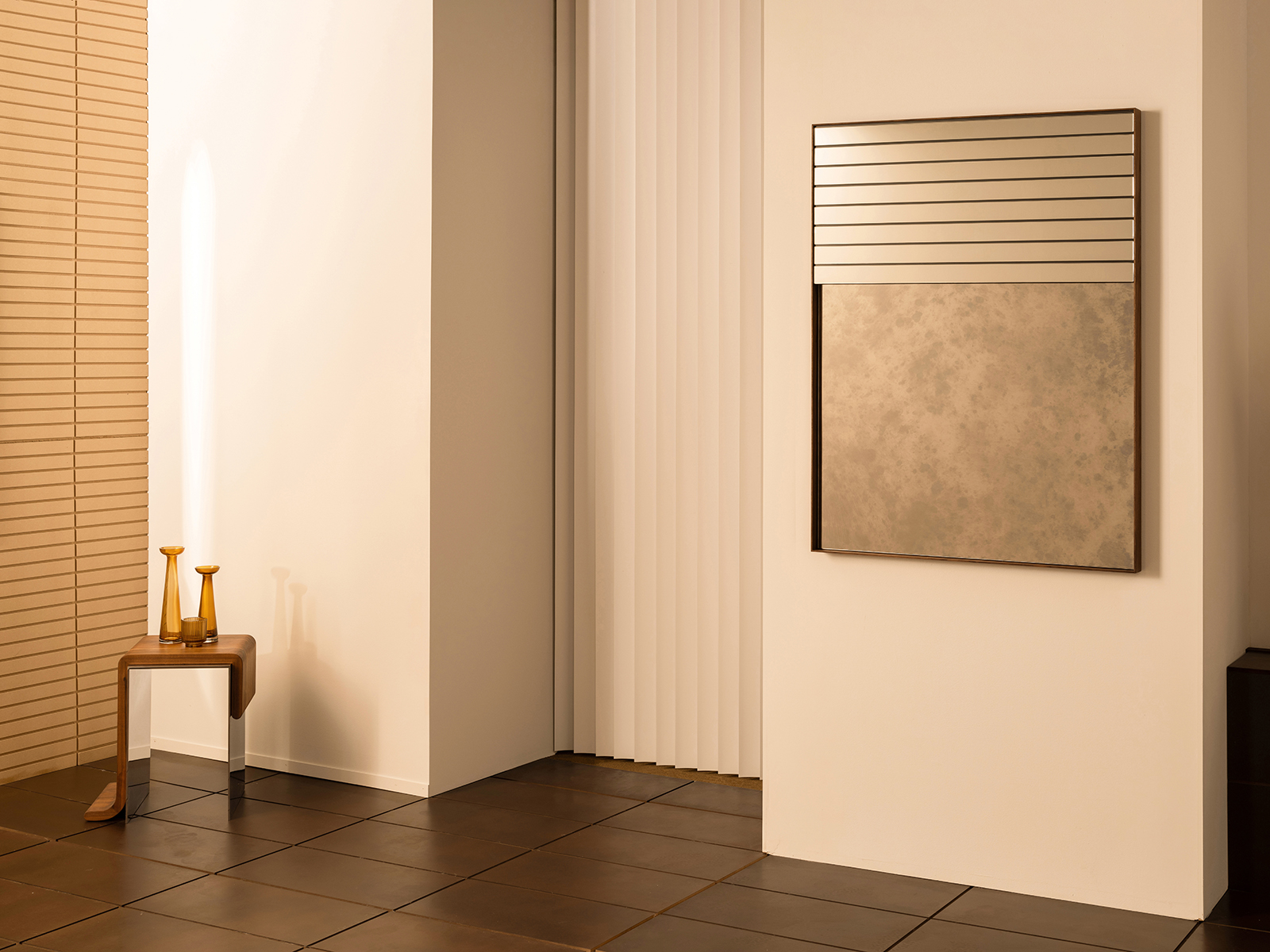 Mirrors have always conjured thoughts, both lofty and literal, about reflection and perception, consciousness and subjectivity, surface and depth. Any mirror, when you look long enough, will provoke this. But the latest ones from Bower do even more: They’re transformative objects that turn space into something else. Over the last couple of months, the Brooklyn-based studio, led by Danny Giannella, Tammer Hijazi, and Jeffrey Renz, has launched six individual mirrors that all nod to familiar architectural elements you think you know well — doorways, bookshelves, windows, arches — but become unexpected, making you do a double take. They’re functional mirrors, the designers note, but they can also elicit “a feeling or change the room in a way that a mirror typically wouldn’t. It’s similar to how lighting can have an effect on the ambience of a room — we feel the same way about mirrors. It’s sort of like a portal,” says Giannella. “There’s just some sort of mystical quality about them.”

Part of that may have to do with the way that mirrors — flat and essentially two-dimensional — create a spatial sense of volume and depth. But additionally, “it’s almost like the opposite of solid form, like punching a hole in the wall, like making a space disappear in a way,” says Giannella. Optical illusion is inherent in the material. Bower uses that as a starting point and runs with it, taking trompe l’oeil to the next level. They’ve been doing this long enough to make it seem pretty effortless. “We know how to work with the material, what the limitations and the strengths are, and we have options for colors and tints, and we use those to enhance the effects for some of them, to really make them sink into space or pop out,” says Hijazi. Take the Shelf mirror, which consists of 29 glass pieces, four tints, a wood frame, and looks just about ready to hold your books and other objects. “The illusion almost works too well in a photograph. We’ve had people inquire ‘How far does this pop out of the wall?’ And we’re like, ‘no it’s flat.’ And no matter how many times you tell them it’s flat until they actually see it in person, it’s hard to understand,” says Giannella.

In addition to the Shelf mirror, there’s the Palace mirror, which takes its inspiration from the curves of Islamic architecture; the Twins, which references the arrow slit openings of ancient fortifications; Blind evokes a windowpane topped with horizontal louvers; Doorway has dimensions you feel you could walk through; and the slightly recessed Square Half-Step subtly splits what you see. Bower produces all the mirrors in their own Greenpoint workshop. “A lot of people don’t realize that we make everything in house, from cutting the glass to steaming the wood frame to assembly – it’s all done here,” the designers say. And about a year ago they added a permanent space dedicated to photo shoots, where Charlie Schuck, in Bower’s first actual shoot since the pandemic, captured these latest works with an atmosphere of mystery that underscores a guiding principle in their design process: “We always want there to be an element of surprise.” 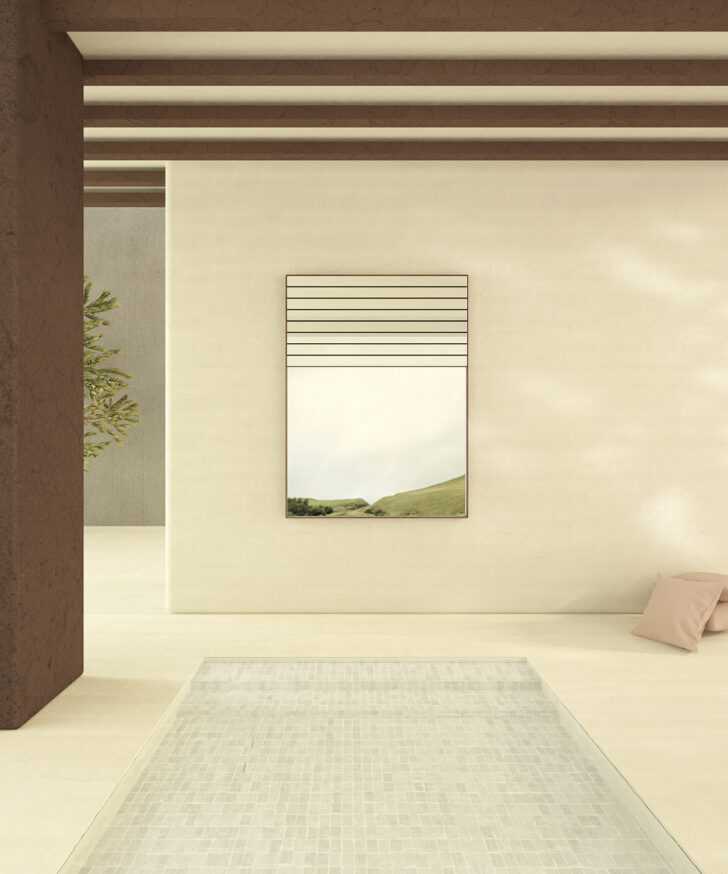 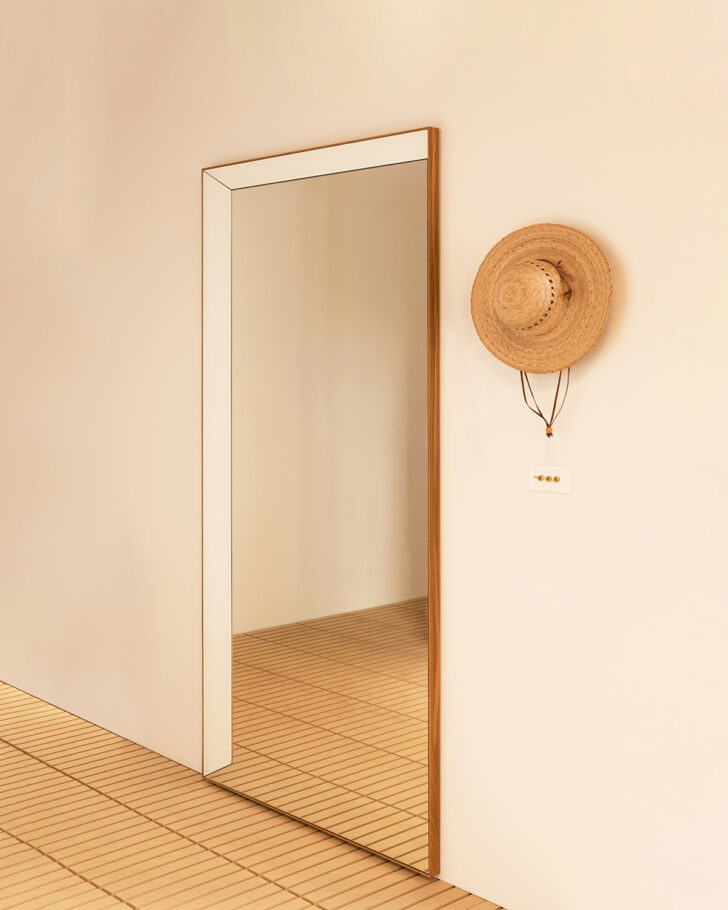 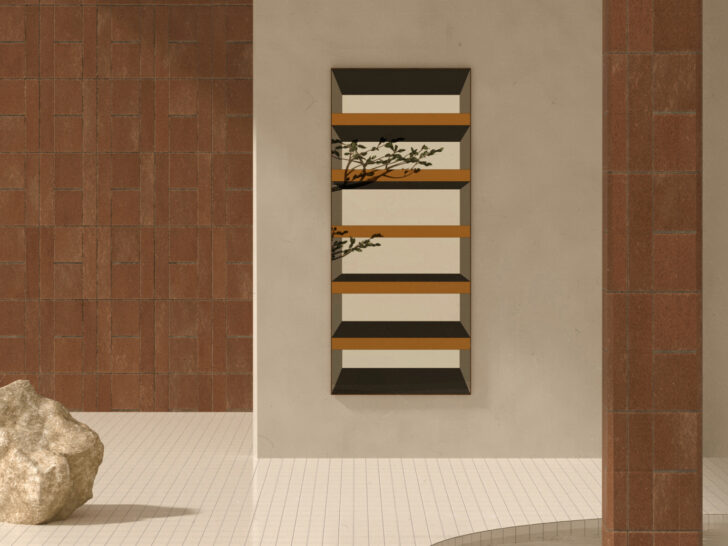 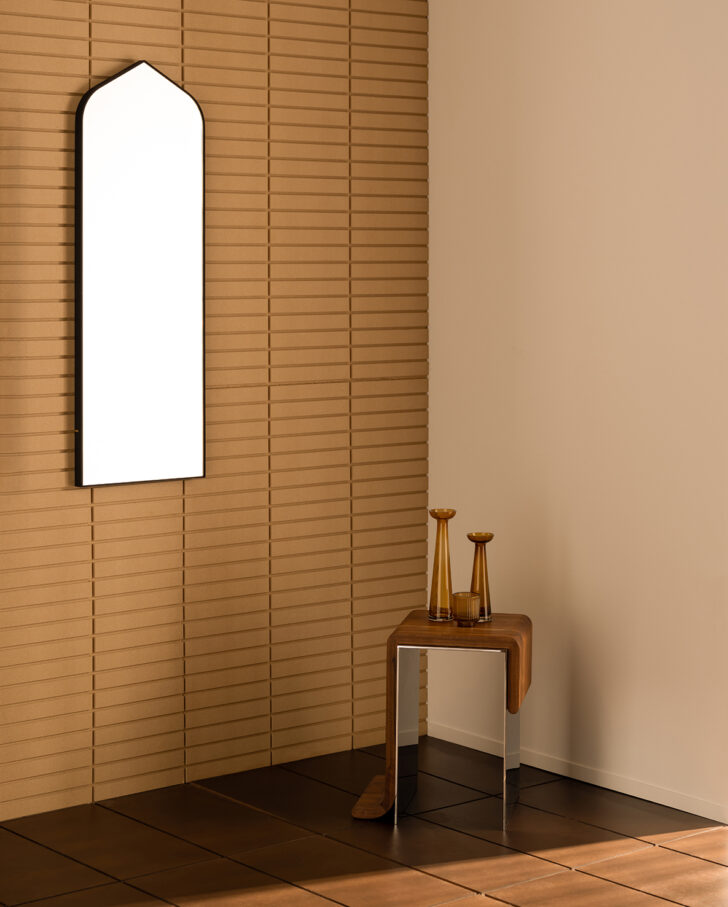 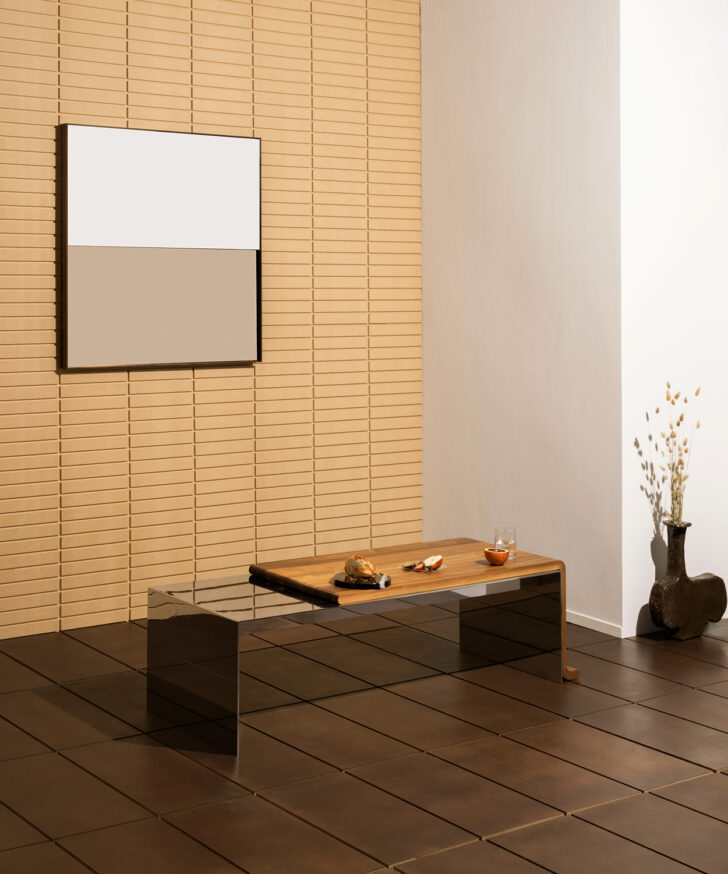 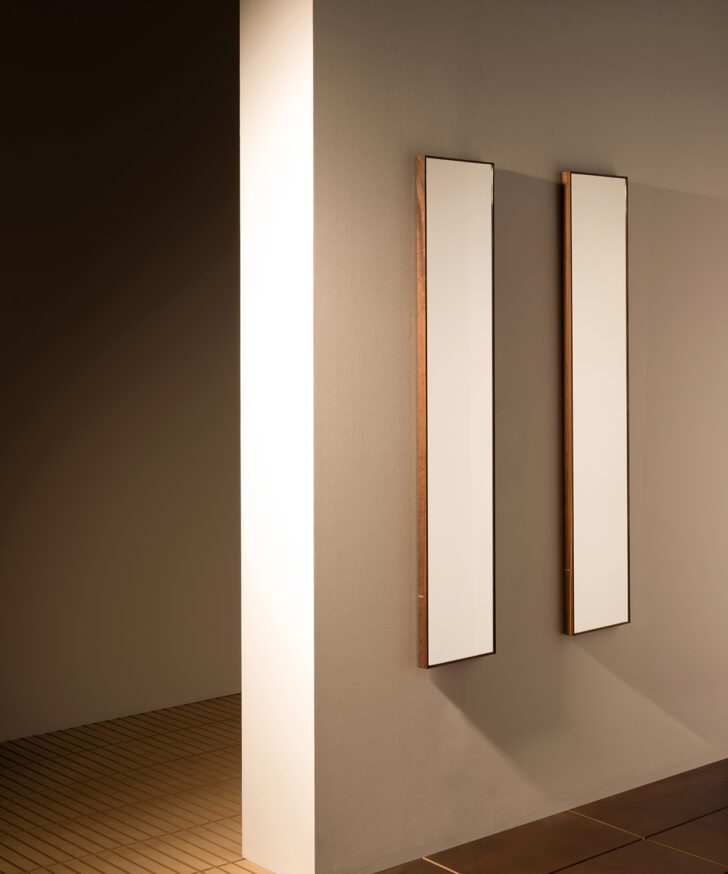 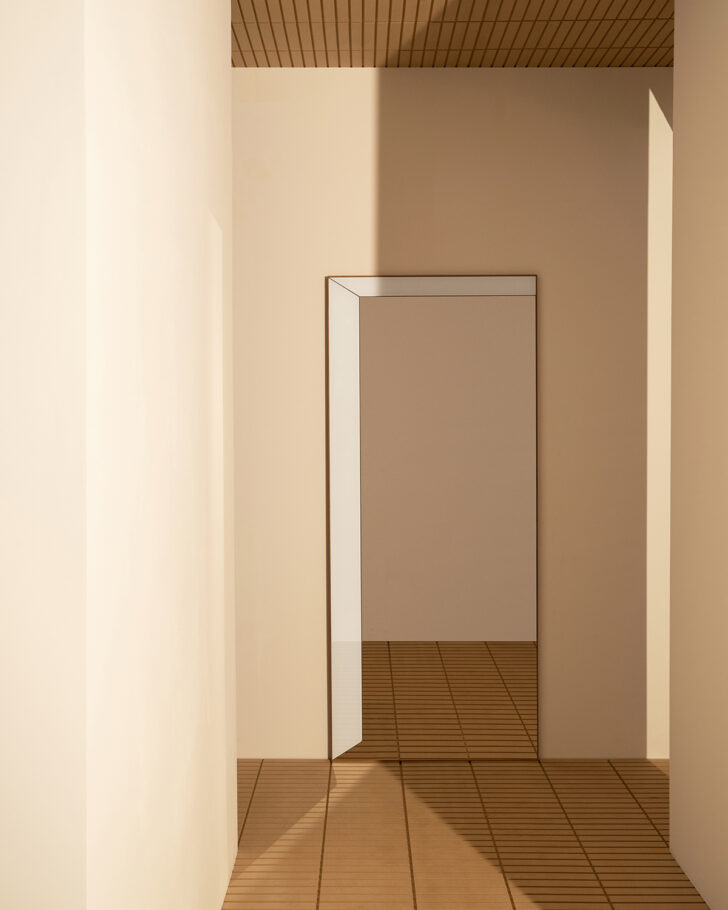 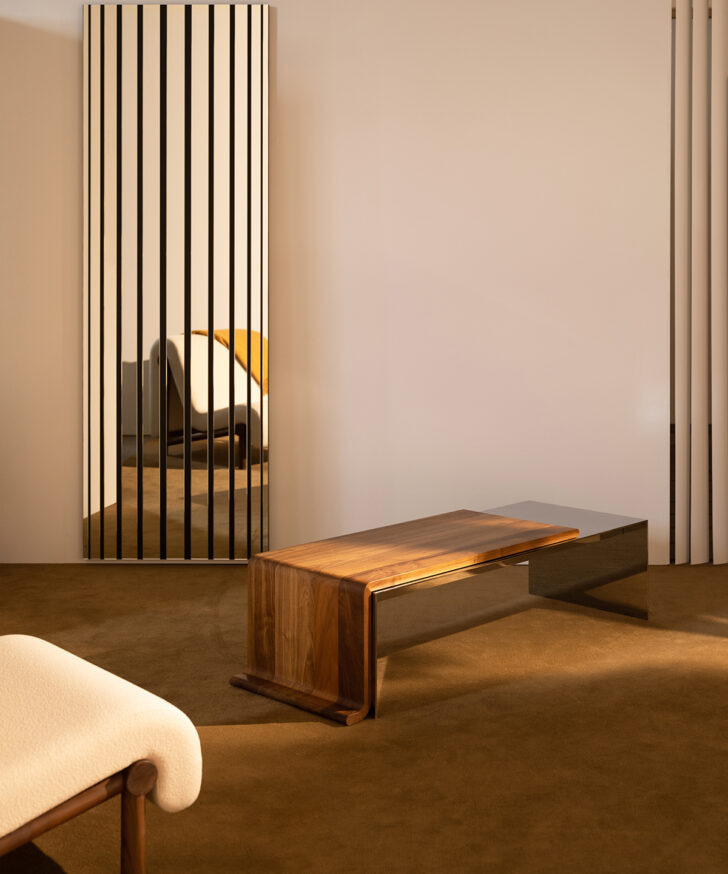 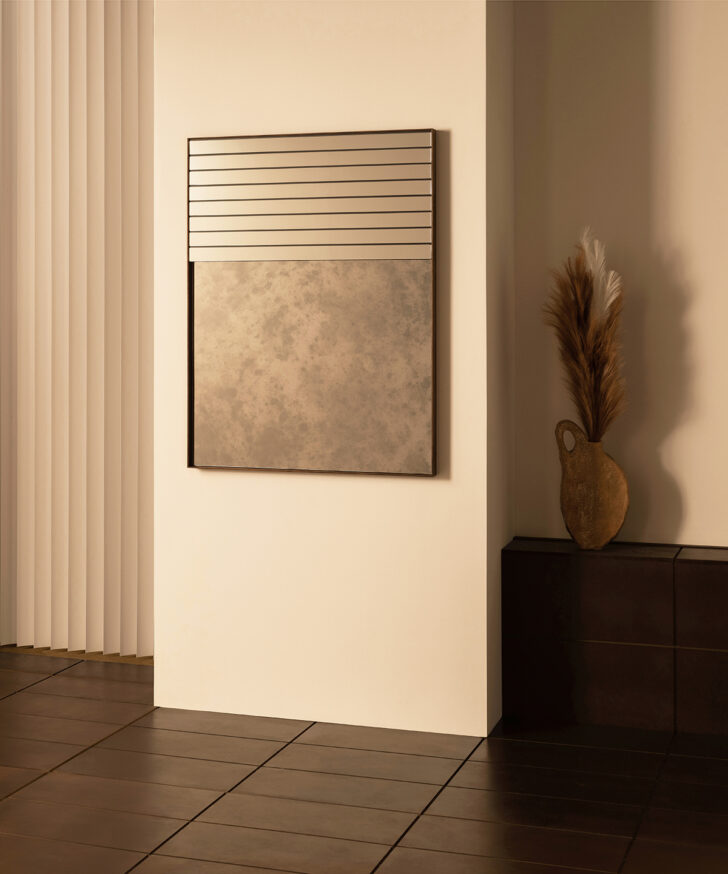 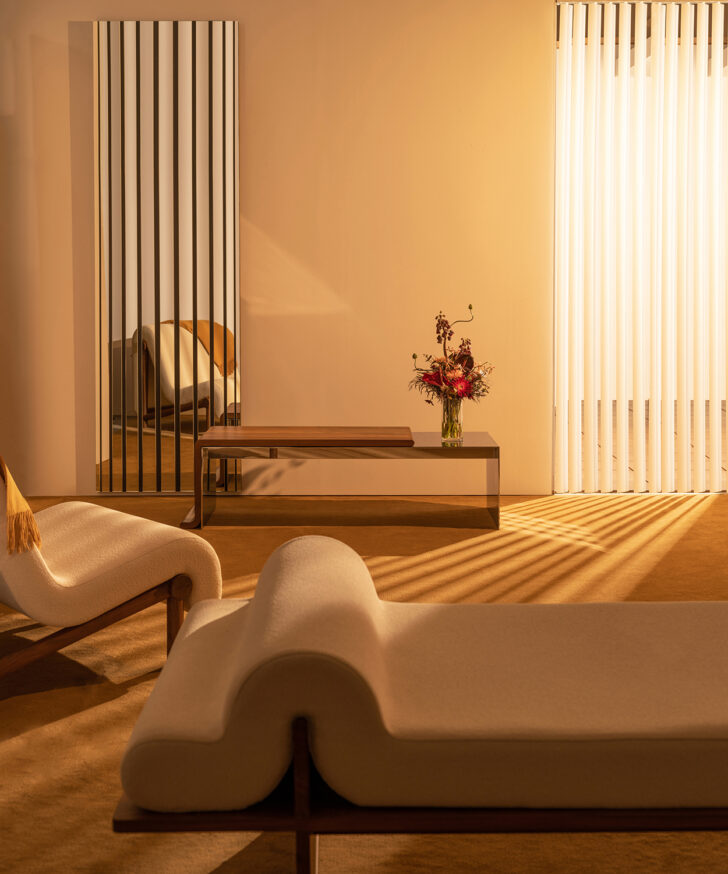 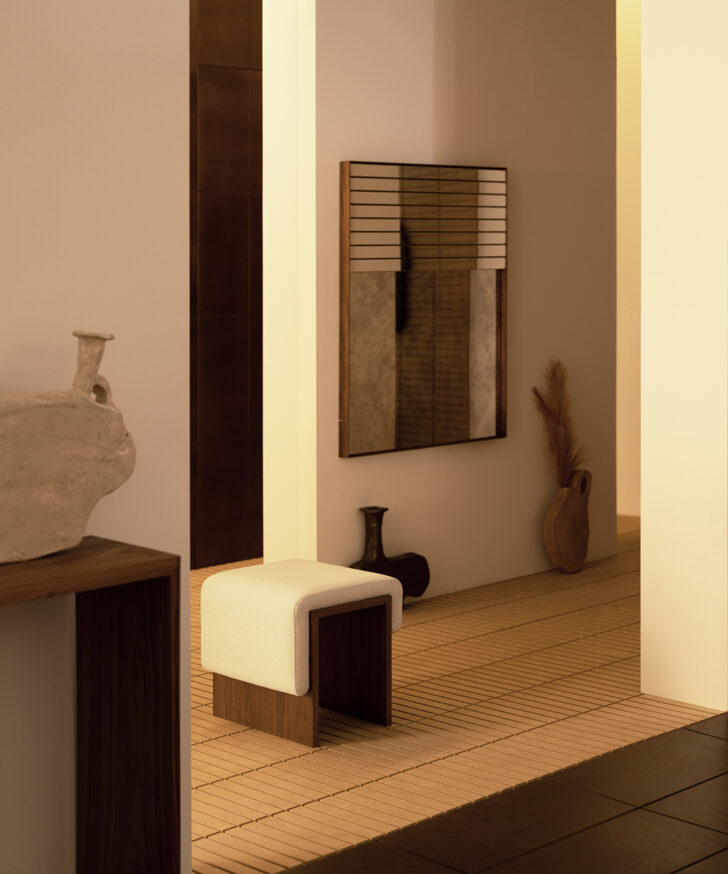 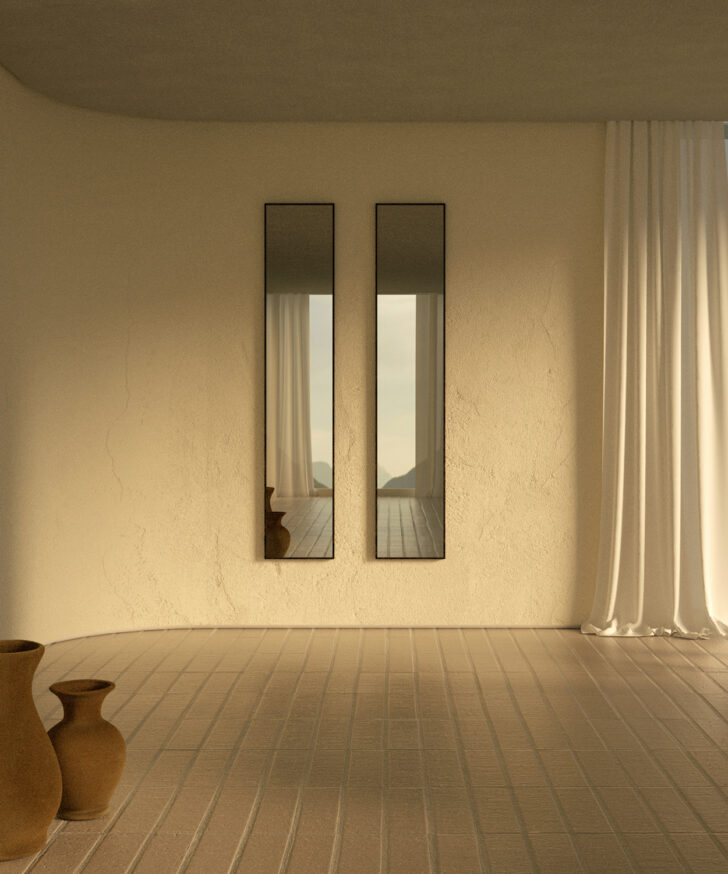 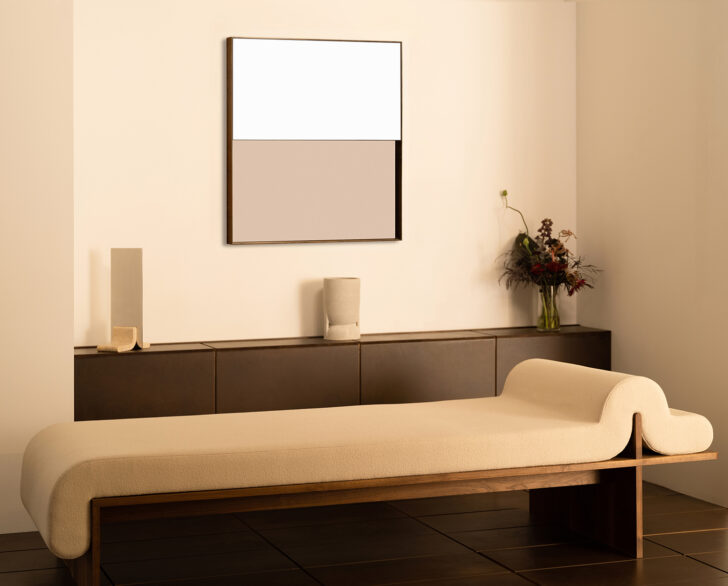 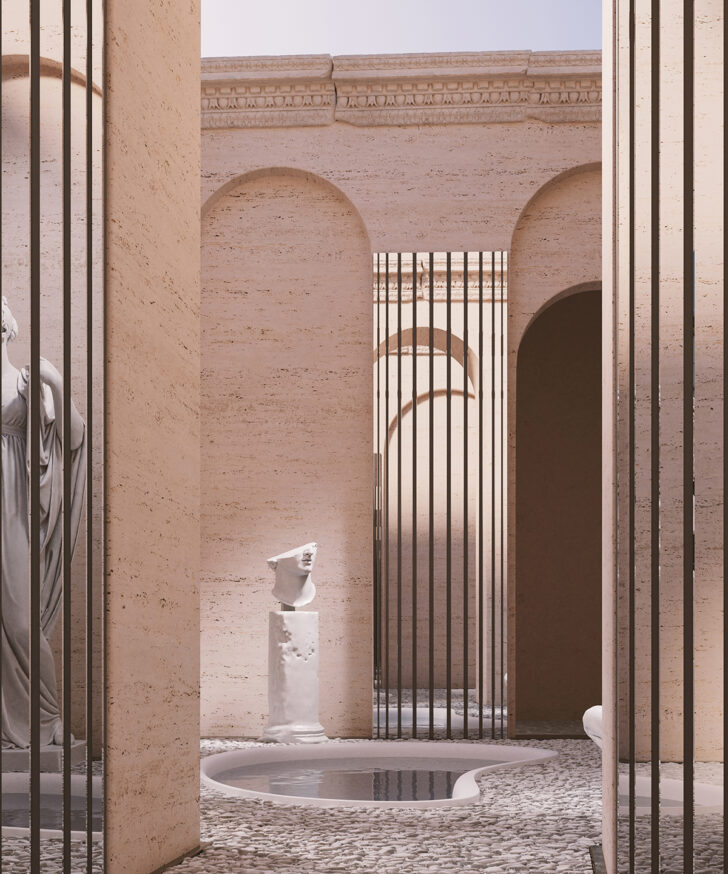 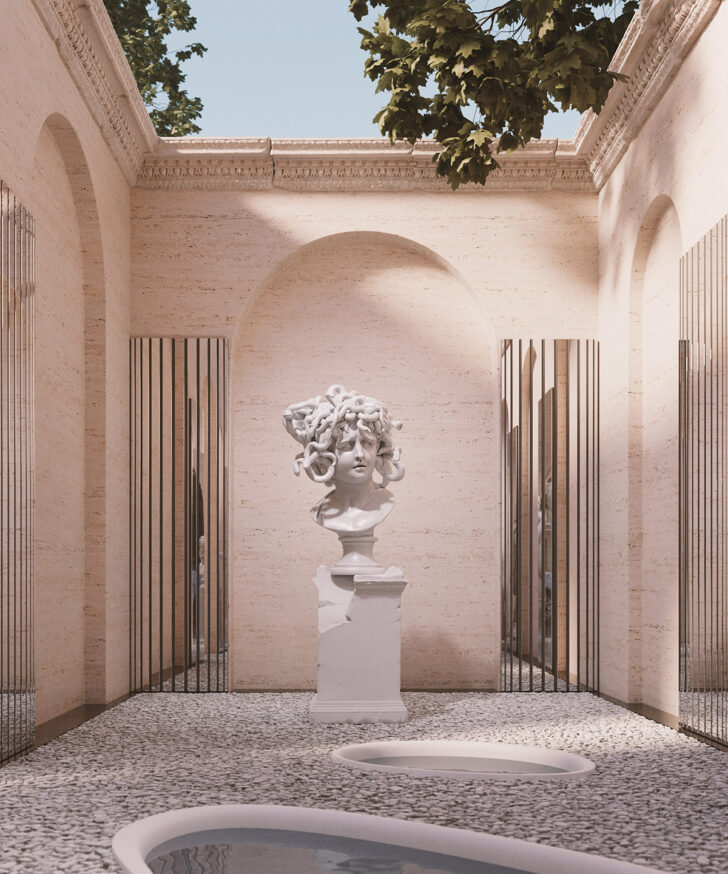 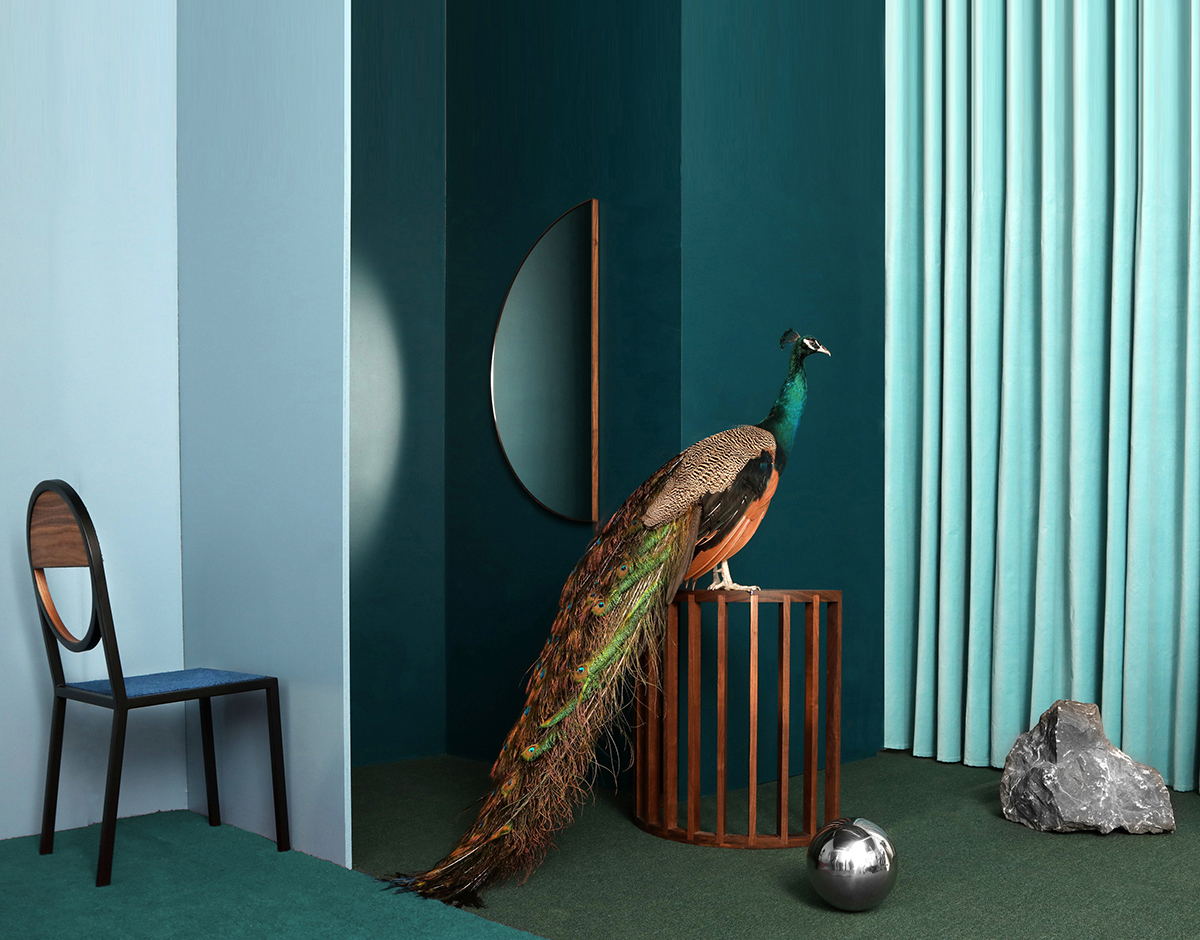 There's a definitive look to Charlie Schuck's photography — sumptuous curtains, graphic shadows, perfectly brushed carpets, mirrored surfaces, and richly painted walls — and perhaps no studio's work is better suited to that look than Bower. So when we heard Bower's brand-new website was up and running — with brand-new imagery taken by Schuck — we immediately reached out to publish the incredible results.
More 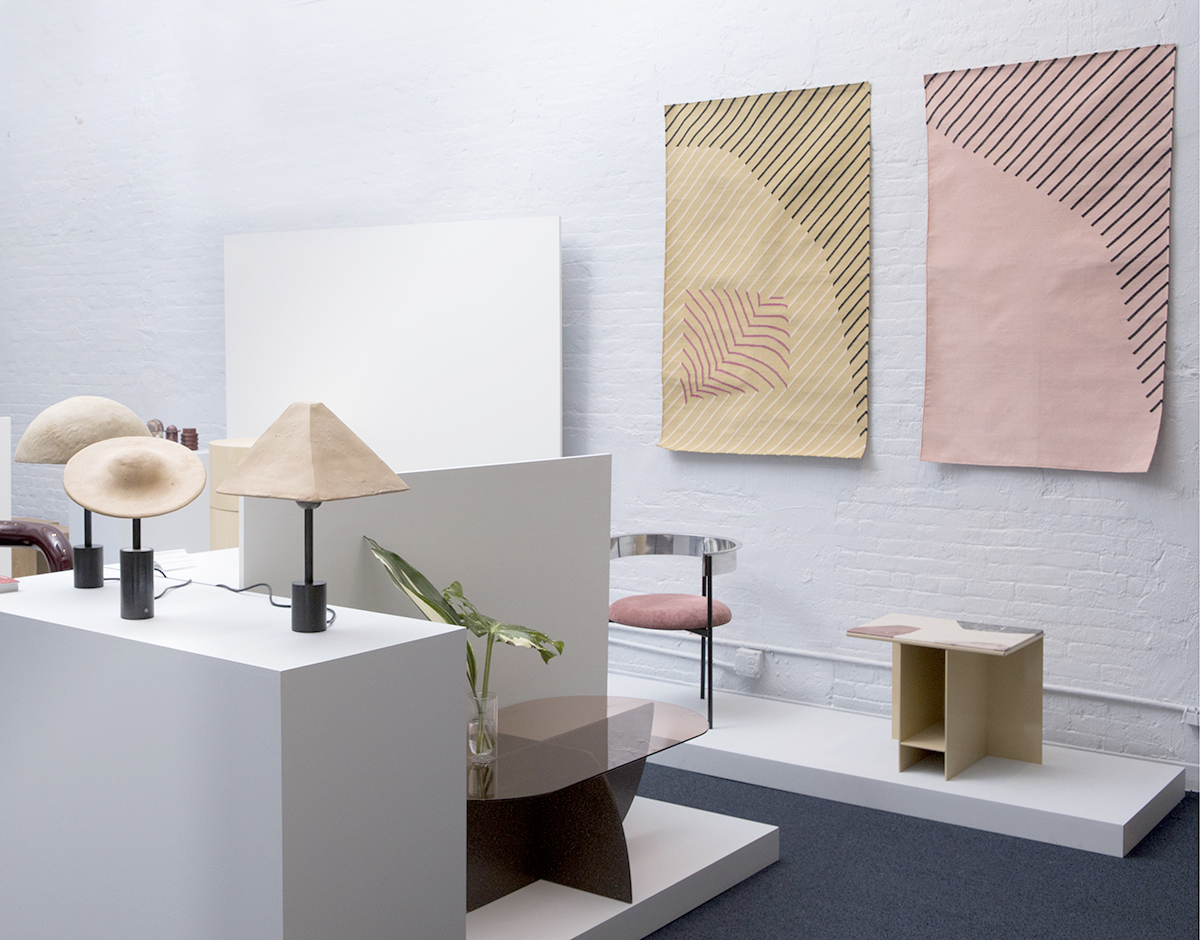 28 Designers to Know From This Year’s Sight Unseen OFFSITE

In this year’s edition of OFFSITE Selects, the works on view were international in scope and wildly varying in scale, from a chubby-legged, rusty velvet chaise by newcomer Jessica Herrera of Oôd Studio to six tiny marble vessels by Chile’s Rodrigo Bravo (both got quickly scooped up by gallerists or other in-the-know design people).
More