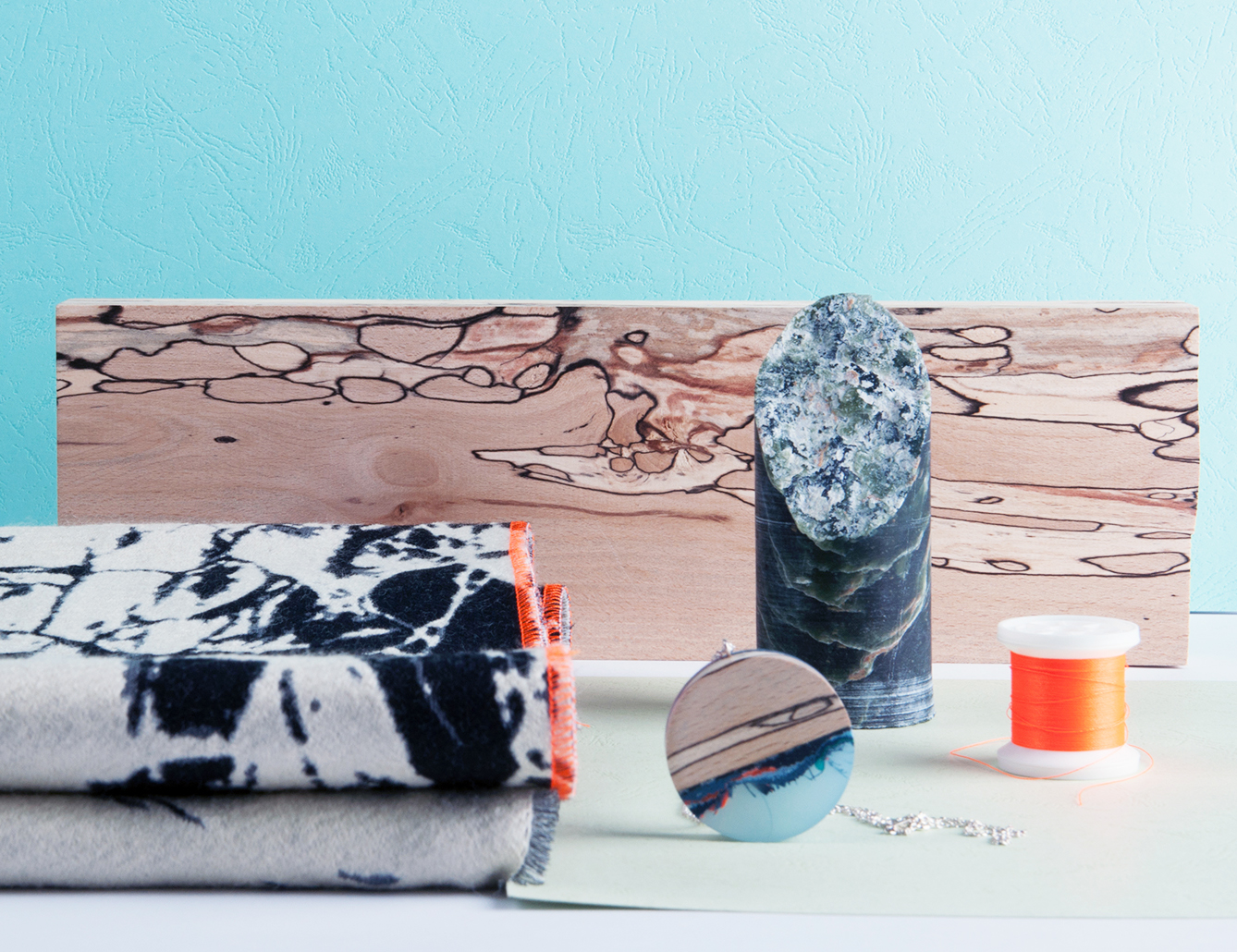 Growing up in China, designer Ejing Zhang was fascinated by traditional calligraphy and ink painting — art forms that are both fine and expressive, requiring a fluid interaction with brush and ink. Zhang is now based in London, but at the heart of her work is the same sensitivity to materials that she observed growing up. Four years ago, while studying at the Royal College of Art, she developed a new technique for creating work that involved taking spalted beech wood (partially decayed wood that has a marble-like pattern), wrapping it with colored thread, and casting it in resin, before sanding and polishing it to reveal its beautiful cross-sections.
More 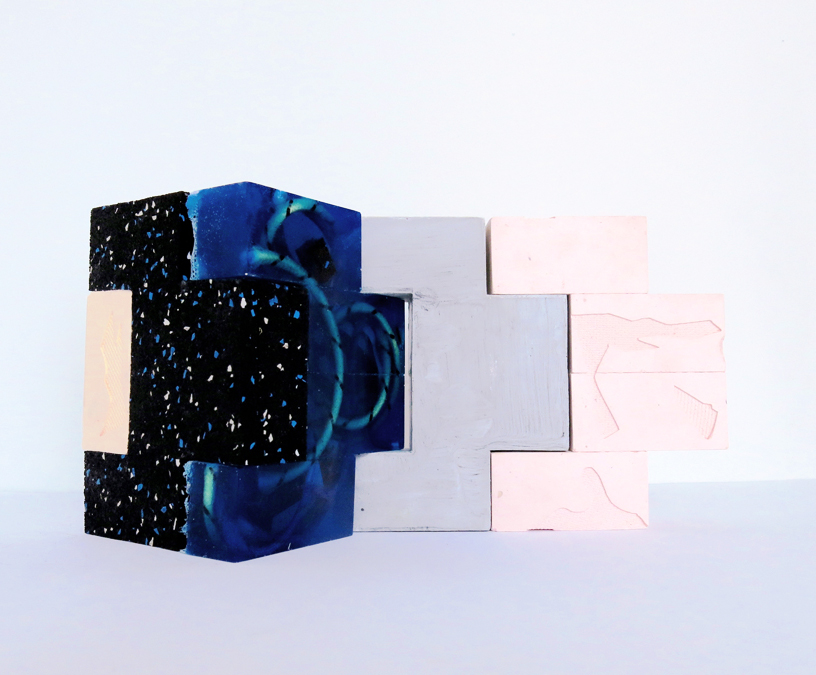 It can be hard to pin down exactly what it is Brooklyn-based artist and designer Justin Hunt Sloane actually does. He graduated with a BFA in printmaking and interactive design from Art Center, but while there, he became interested in the school's famed automotive program and began dabbling in classes like rapid prototyping and fabrication technology. Since moving to New York, he's held day jobs as a website designer for Creative Time, or, currently, senior designer at the branding agency Wolff Olins, but in his freelance work and spare time, he makes everything from drawings to etchings to self-published books to album covers to sculptures.
More