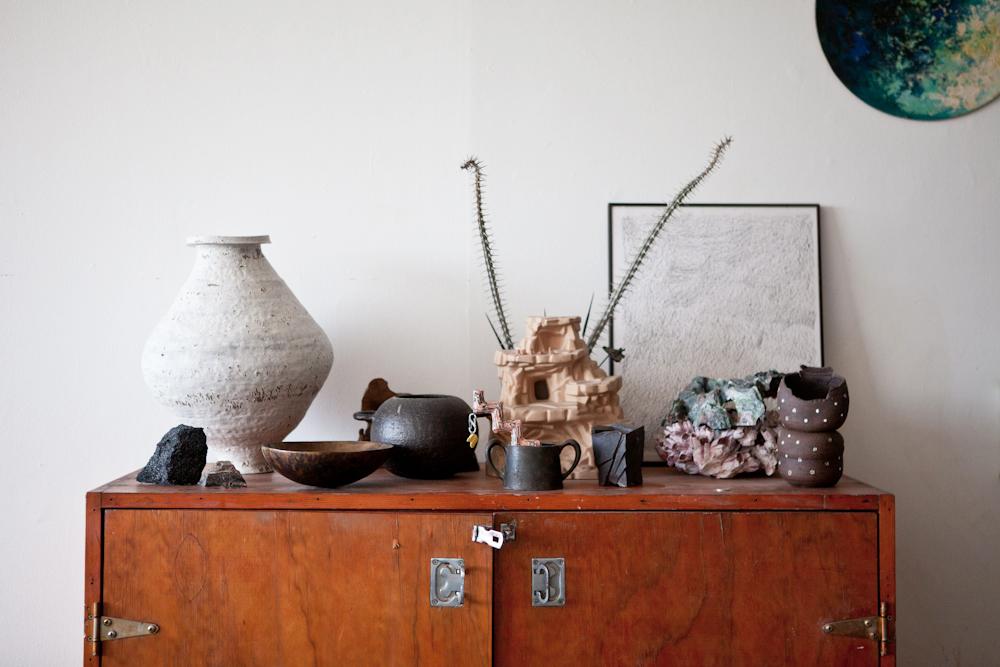 There are people you meet in life to whom you feel a deep and immediate connection, so much so that the particulars of how and why you both arrived at the same place at the same time matter much less than the fact that you did. That’s pretty much how we feel about Su Wu, whose inspiring blog I’m Revolting we admired from afar for months before reaching out two years ago, asking her to collaborate, and becoming instant friends. Earlier this summer, however, when we found out that one of our favorite photographers would be visiting LA, we realized this was the perfect time to find out a bit more about the circumstances that led Wu to where she is right now, both philosophically and quite literally to the downtown LA loft she calls home.

Wu grew up in Northern California, went to school out East, and headed back to Los Angeles a few years ago with an old boyfriend. A surfer, she thought she’d like to be close to the beach and moved to Venice. “But I didn’t take to LA immediately,” she says. “The light was too bright; it was like you’d step outside and every flaw was illuminated. I wanted to move to the least LA place possible.” She ended up moving downtown, where urban revitalization was certainly underway but nowhere near the level it is now. “I remember it being a little more rough back then,” she says. “Now there’s a Handsome Coffee around the corner and they’re opening a holistic wellness center. My very un-LA corner now has infrared saunas and a raw juice bar,” she laughs. “But I like that. Cities are messy and it’s hard to feel a part of one unless you live in the messy part. It forces you to think about how a city is organized, and to understand why the place you live is the way that it is.”

It’s that thoughtfulness — and that need to analyze why you admire the things you do — that compelled Wu to begin I’m Revolting all those years ago. “I moved to LA and I didn’t have a job, but I was looking at things constantly and I needed a place to put them down and then think about what they might mean.” Through her blog, Wu met tons of interesting people, was named a fellow in the USC Annenberg / Getty Arts Journalism program, and began contributing to outlets like T Magazine and n+1, where she is the online arts editor. But most of it came out her love of simply looking at stuff. “It’s the great pleasure of life that something surprises you and you have that moment of unexpected recognition,” she explains. See the stuff she loves enough to live with — and the inspiring place she calls home — in the slideshow that follows. 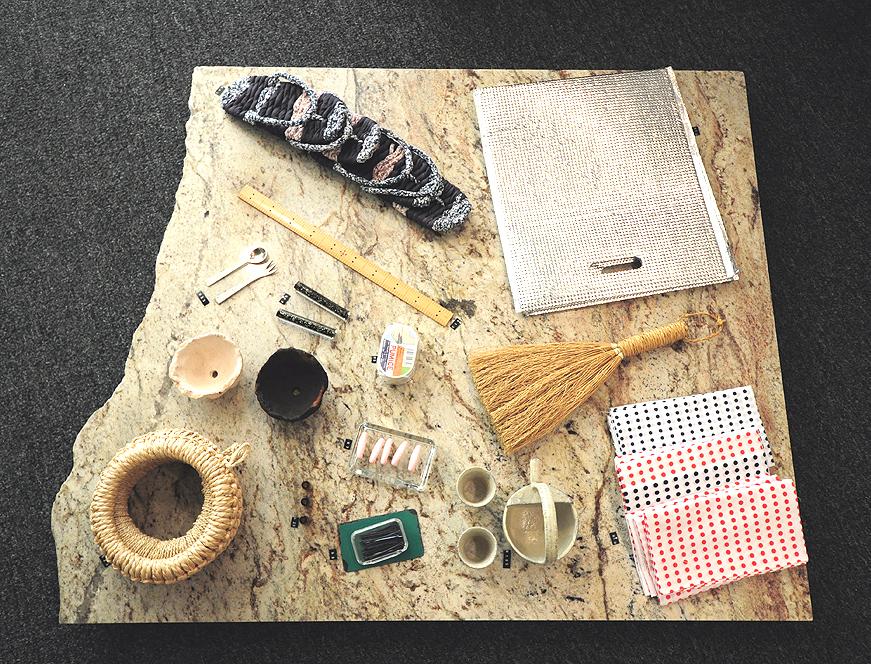 For all of the handwringing about art being inaccessible, there’s no city planning theory that has gained more traction in this century than the idea of creative people driving neighborhood revitalization. Which means that the descriptively titled “Arts ReSTORE: LA” project isn’t just loftily ambitious. The month-long residency program, which began last week, might actually work at creating a less sterile West Los Angeles, not least because it is supported by the powerhouse Hammer Museum, whose three-story compound anchors one end of the street. On a stretch of Westwood Ave., better known for chain sandwich shops and fluorescent interiors, the Hammer offered a half-dozen empty storefronts to local artists and makers, with the idea that even a temporary infusion would upend the retail mood of the area. If the packed opening night was any indication, this time the theory holds. Here’s what we saw.
More 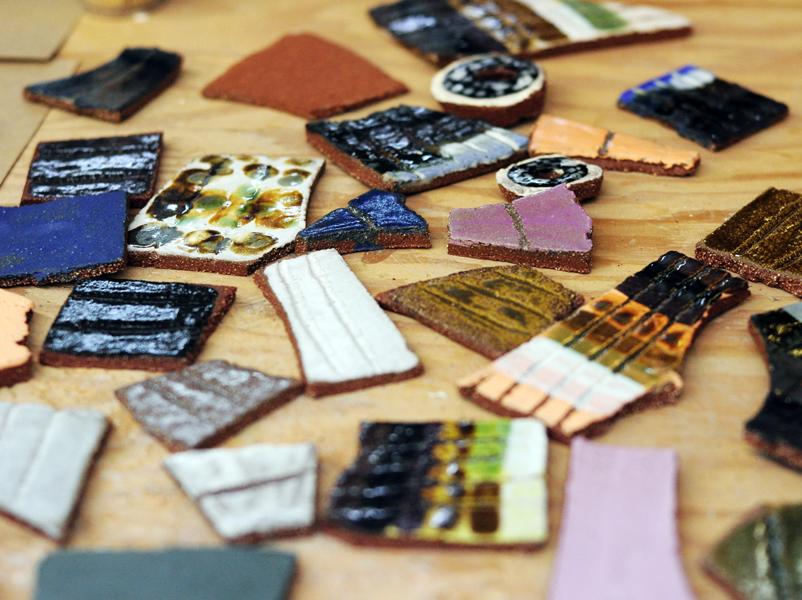 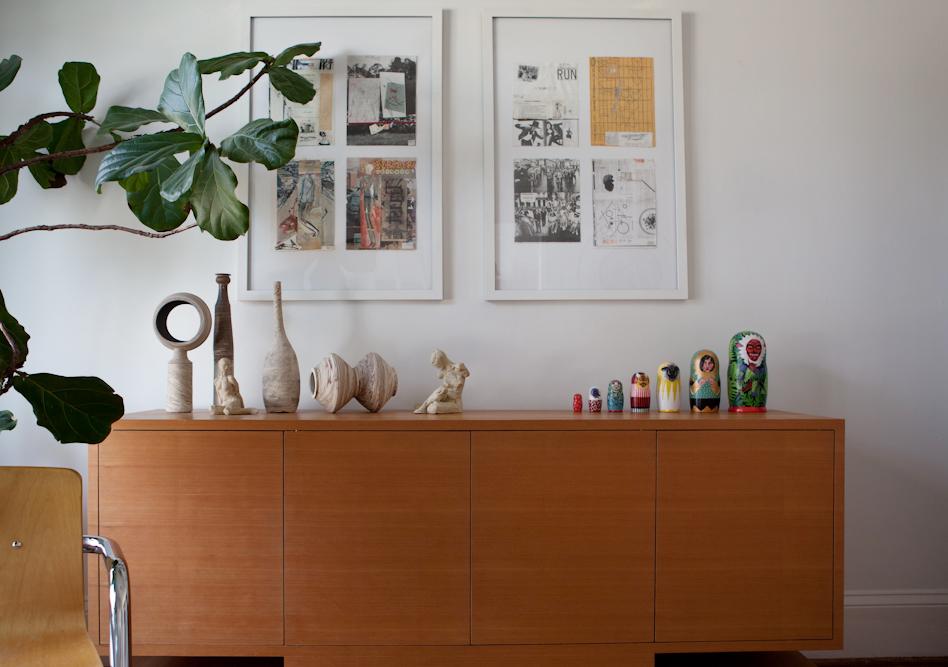 For most of us, stores are merely the fleeting destinations wherein we acquire our possessions, while homes are the more permanent spaces where we keep and lovingly display them. But for Jill Wenger, it’s the other way around: Ever since she moved to Seattle in 2001 and founded the cult boutique Totokaelo at just 26 years old, her store has been her material and spiritual base, while her living situation has remained mercurial. “I love change and generally don’t stay in any apartment or home longer than a year,” says the Texas native. Even as we interviewed her for this piece — which contains the first-ever published photos of one of her domestic interiors — she already had one foot out the door. Despite initially falling in love last May with her current apartment for its location — in Capitol Hill, three minutes away from Totokaelo — as well as its original hardwood floors and leaded-glass doors, Wenger is in the midst of searching for something new.
More