“When I started at ECAL at age 18, I actually didn’t know much about design,” admits Dimitri Bähler. “As a kid, I was more interested in music, fashion, and illustration, along with biology and chemistry. In fact, I’ve always combined those two poles of interests: the rational and the emotional.” That seems as good a way as any to describe Bähler, a young Swiss designer whose work has always seemed the result of both meticulous planning and wild experimentation. In many of his pieces, a relatively strict basic form is married to a more complex and renegade surface treatment.

In his Iridescences series (above), Bähler created cylindrical and platelike forms that are given dimension via a polychromatic luster technique; in his black, monolithic IHP Table for Chamber Gallery, Bähler hand-chiseled divots into a slice of industrial aluminum to create a textured tabletop. “I like to not have one aesthetic or style, even though it would be easier to understand my work if I did,” says Bähler. “I prefer when an aesthetic emerges from a process or is defined by a context or material.” We recently caught up with the ever-evolving designer from his brand-new studio in the heart of Switzerland.

For most recent project, I designed the Hermès shopping windows for their Geneva and Basel stores. It was my first retail project, so I was really happy that Hermès trusted me. For this project, I worked with three guiding themes: space, reflection, and movement. The use of space played with simple geometric volumes like inclined surfaces, cylinders, disks, stairs, parallelepipeds, and ramps, always treated with the same graphic textile. For reflection, some of the surfaces were made from mirrors. This treatment blurred the perception of the three normal axes of reality, creating a sophisticated neutrality wherein the Hermès products were displayed. The movement was created through the use of electronics as well as the regular ventilation of the windows. The scarfs moved softly as if blown by a mild wind. The new Tie Set porcelain collection elements rotated in a random order.

I am developing a lighting project together with a producer that you know. It is going to be very light, kind of archetypical, yet quite sophisticated. I like it because it has a quite technological as well as a handmade approach. It is a combination of pure, industrial volumes and handwork. It has been quite a lot of work to find the right material that might include all required parameters.

It is my first time working with a producer on a more complex project, with several components. I like it very much because the project started with a poetic and experimental approach and I think we are on the good way, at the moment, to turn it into something a bit more user-oriented and commercially relevant.

Tell us one thing that’s been inspiring you lately and why — or who or what inspires your aesthetic in general.

I’ve recently traveled a couple of times to Japan. I’m very attracted by the traditional aesthetic and the power objects still have in this country. I especially love Kamifusen, the traditional Japanese self-inflating paper balloon ball. It’s a very simple, yet delicate and organic, object.

For a while, I’ve been interested in how organic, textured, and more expressive things can be combined with simple, essential volumes. For instance, at the moment I’m working on a project based on these principles. It’s going to be based on the Urushi technique — the traditional Japanese lacquer — and it’s going to be produced in Japan.

In my work, traditional functional aspects are not the focus; usually I’m trying to challenge the material I’m working with. For inspiration, I like to look at anonymous objects, classics, standards, architecture, art, and photography but also nature, plants, and insects. I also love to visit ethnological museum. For instance, I recently visited an exhibition at about Amazonian cultures. Travels, workshops, and residencies are also very important for me. Time flows differently when you’re away.

Tell us about your studio and what you like about it.

We recently moved into a place situated in the center of Biel, which is actually the biggest bilingual city in Switzerland. This city is quite strategic because it’s a big traffic knot between Geneva, Zürich, Basel, and Lausanne. So it’s well connected, but still kind of affordable, which is quite rare for Switzerland. Besides that, our space is near one of the city’s best bakeries — perfect for Sunday brunches!

M24 space (that is what we are calling it — M24 for Rue du Milieu / Mittel Strasse 24) is an open space, quite large and with a very good light (and a heater). We have a glass roof in the workshop and many windows in the office, and we are well-equipped with good machines (a 3-D printer, a milling machine, etc.). The next step would be a ceramic workshop, but that’s another story.

Previously, the space was a printing factory transformed into a shared space between many people. It became kind of abandoned and messy, so we had a lot of work to tidy everything up, especially in the basement. Before that, it was a small factory involved in the production of elements for watches. (Biel is where the Swatch Group headquarters is.) So the building is designed in a functional way for these activities. We have a big door, a crane that goes in the basement, etc.

I share the space with two other friends. One is a designer, Laure Krayenbühl, who is working with spatial design projects at the moment. The other, Mathieu Rivier, is an interaction designer, with whom I’ve already collaborated a couple of times. I’m really happy, because we all have the same attitude toward our work (kind of frenetic) so there is a very good energy. 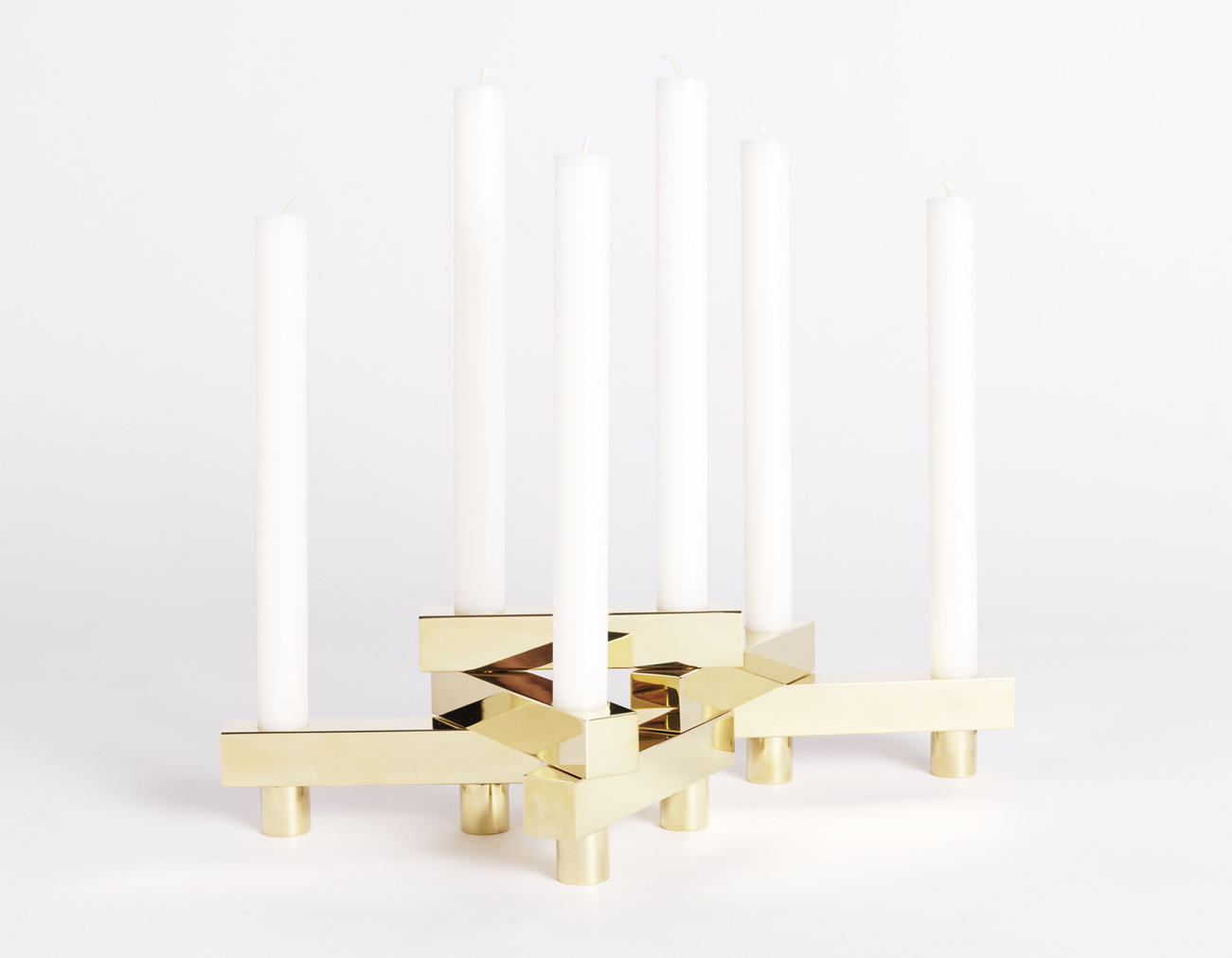 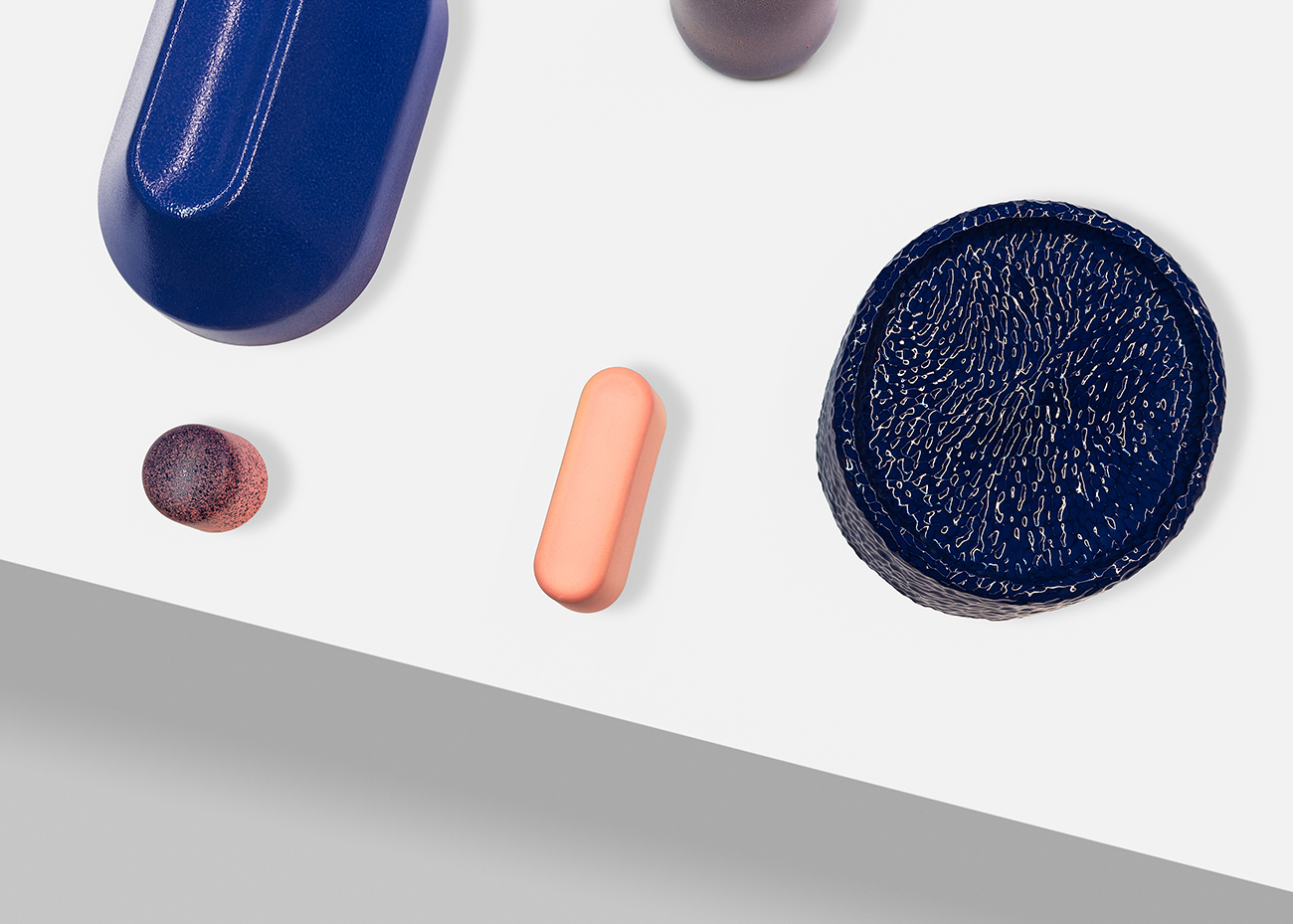 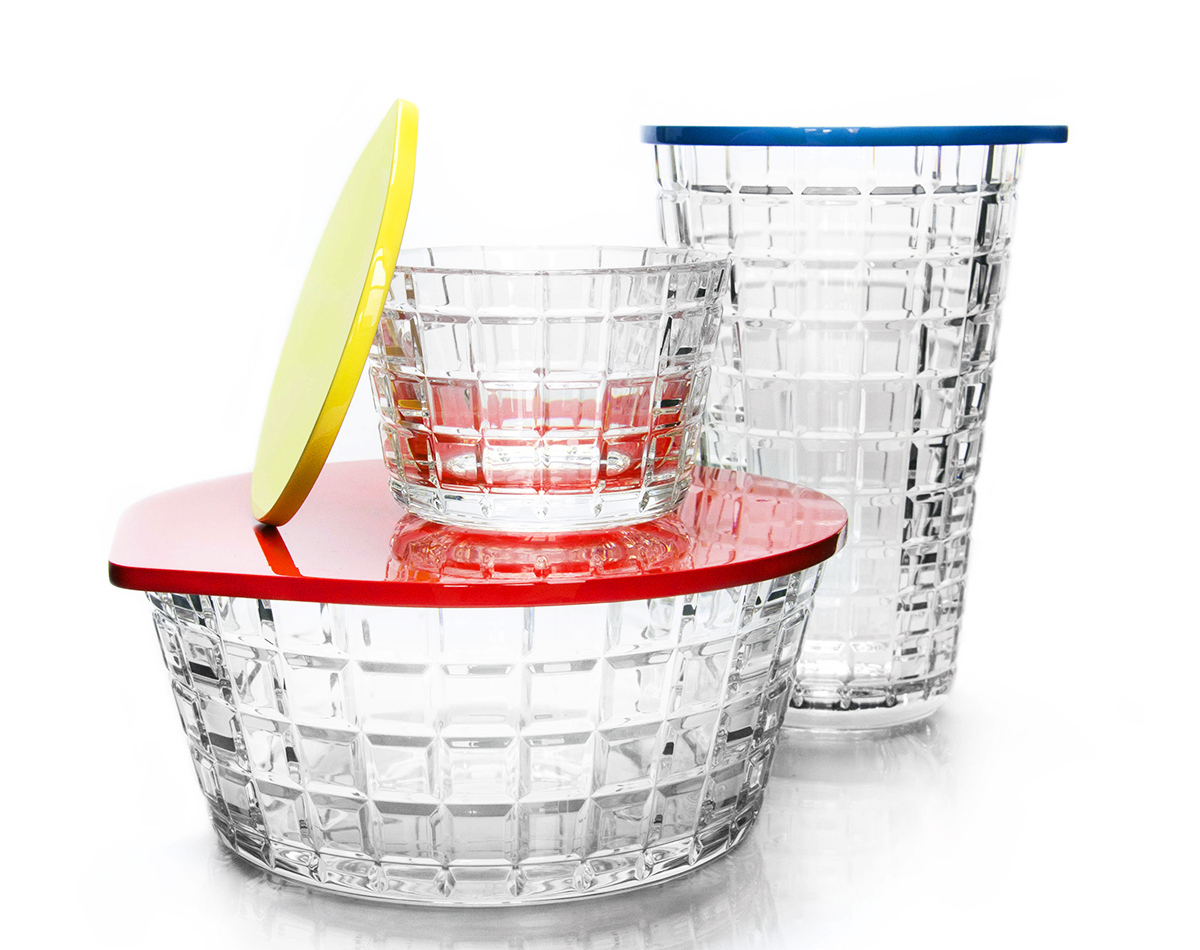 The work of Swiss designer Adrien Rovero has a certain recognizable Western European vibe — simple, often rounded forms paired with planes of solid color and an understated element of playfulness or cleverness. There's always a small innovation, a small twist. That latter part is what Rovero particularly excels at.
More