Nathalie du Pasquier doesn’t like looking backwards. An erstwhile co-founder of the Memphis Group, du Pasquier doesn’t dwell on her days as a textile, ceramic, and furniture designer with the famed Milanese collective; in fact, when Memphis disbanded in 1987, she announced she was done with design entirely, choosing instead to pick up a paintbrush and get on with her life. For thirty years, she quietly and consistently produced a body of work as an artist in the form of figurative still lives, colorful abstract forms, and three-dimensional constructions. She’s had shows at the Pace Gallery in London and Exile in Berlin, and she recently published a book of drawings with Apartamento magazine founder Omar Sosa, entitled Don’t Take These Drawings Seriously.

After thirty years of pushing her painting practice forward — only dipping her toes briefly back into design to produce textiles for American Apparel and HAY — she’s debuting a collaboration with Tuscan ceramics company Bitossi in Milan next week. Originally created as one-offs for a solo show at London’s Camden Arts Centre, the project encompasses a series of vessels that take the form of geometric, color-blocked totems. The vessels echo the inanimate subjects of du Pasquier’s colorful paintings — themselves abstracted versions of the day-to-day objects with which she surrounds herself. To add to the excitement, she’s also embarking on a new show at Milan’s Post Design Gallery with her partner and fellow Memphis founder George Sowden, where she’ll debut brand-new furniture, ceramics and carpets. We recently sat down with du Pasquier in her sunny Milanese studio to talk about the recent Memphis mania, her evolving practice, and why it’s best to never look back.

You’ve been working primarily as a painter for the past 30 years. Why return to ceramics at this point?

The pieces were originally designed for an exhibition at the Camden Arts Centre in London. My initial idea was to show only drawings and works on paper, but then the curator thought it would be nice to have three-dimensional objects as well. I’d been making large-scale wooden cabins with painted surfaces, but it seemed a bit complicated to bring them all the way to London. So it came to my mind to call Bitossi, who I worked with years and years ago when I was a member of Memphis. They were interested in working together again and were able to work very quickly, so it turned out well.

How exactly was Bitossi involved with Memphis?

Ettore Sottsass had worked with them in the ’50s and ’60s and had done some very famous pieces —these black-and-white totems, as well as a few other things. The collaboration was possible due to the mentality of the art director at the time, Aldo Londi, who passed away in 2003 after working at Bitossi for over 50 years. He was so open to everything and so ahead of the curve. So naturally, they did some of the first Memphis works.

Does this project relate back to your work from the early ’80s, when you were designing furniture, textiles and ceramics as part of the Memphis Group?

Everything I do is tied to what I did, even as a child, so of course there is a continuation. I have not cancelled anything from my life; everything is linear. As a painter, which is my main activity now, I am confronted with three-dimensional things. And that’s also a part of me that was in action in the ’80s that is still there.

A few years ago you did collaborations with American Apparel, where you designed textiles for a capsule collection of clothing, and HAY, where you designed tote bags and home furnishings. One could argue that these projects helped usher in the recent Memphis revival. What do you think about that aesthetic coming back into vogue?

I don’t care for it; it’s fine. I don’t think I contributed to the revival. I was called on by Hay and American Apparel during that time because the wave was happening. But it was not me who was initiating the wave.

You also designed textiles for Fiorucci, another company that’s staging a comeback at the moment. It must be strange for you to see all of these projects that you contributed to in your twenties coming back into the mainstream.

Yes, but when you design textiles you end up working for a lot of different people. When I was young, this was how I made my money. Not having lived anything else I don’t consider it strange. It’s just happening.

In 1987, when Memphis disbanded, you gave up design to focus solely on painting. What motivated the switch?

I didn’t study anything, so I felt free to do what I wanted. When I designed textiles, it was because it was not too difficult and I managed to make a bit of money like that. And after a while, I thought: “Ok, now I would like to do some bigger things.” So, naturally, I started to do paintings.

Did you specifically want to separate yourself from Memphis mania?

Probably, yes. There was a desire to do something independent from all of that.

And how has your painting evolved since then?

It has become! It was nothing at the beginning. You know, when you start something, you go through all the stages of learning, through things you look at and like. What I liked was very traditional. I liked ancient much more than contemporary art, so this is what I was looking at: paintings at Pompeii, Byzantine mosaics, renaissance art. These were my models, not contemporary art. This is what made me different from a lot of people of my generation who studied in art schools, where you’re formatted around things that are fashionable in your youth. This was not my case. So in a way, it was much more difficult to start painting. It was also extremely interesting because it was really only me. It sounds a bit pretentious to say it like that, but when it’s only you who decides where to go, it can be very interesting.

Then I was very lucky, because in 1989 — so very shortly after I started — I met a fantastic dealer from Hong Kong, who liked my work and has been working with me for 20 years. So I never had to worry about not having a gallery in Europe, for example, or having only small venues here. I was not able to make enough money with what I was doing in Milan anyway. But with this dealer, it was great. And it was great that all these paintings were sent off so far away.

Because it’s nice not to be surrounded by your own things. It means that you go on thinking about the next thing — and not only what you’ve done already. 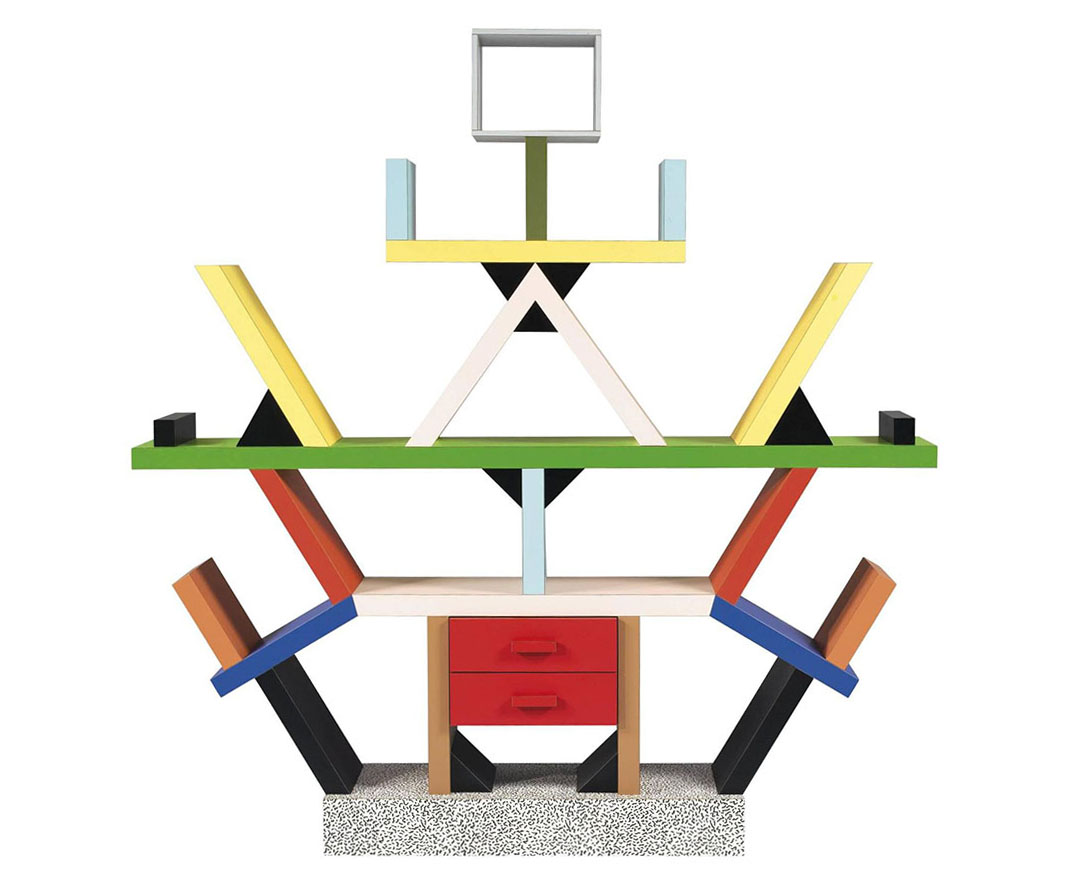 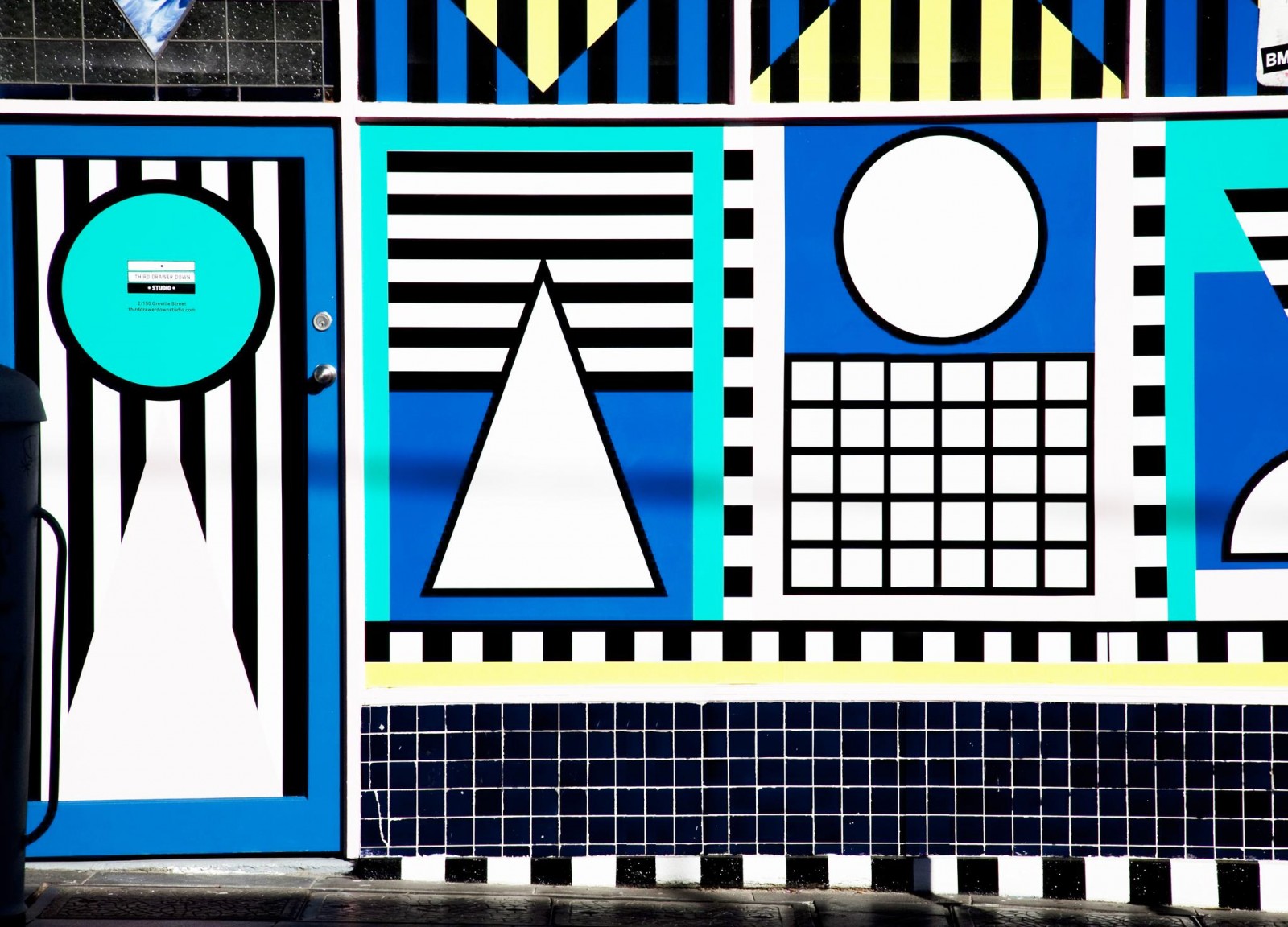 A Memphis-Inspired Wall Mural Pops Up in Melbourne

We were pretty beside ourselves last week when the news floated our way that not only was the terrific Melbourne art and design shop Third Drawer Down opening a second location but that its exterior was going to be hand-painted by Camille Walala, the French-born, London–based graphic designer and illustrator whose work we've been obsessing over for the last year and a half.
More 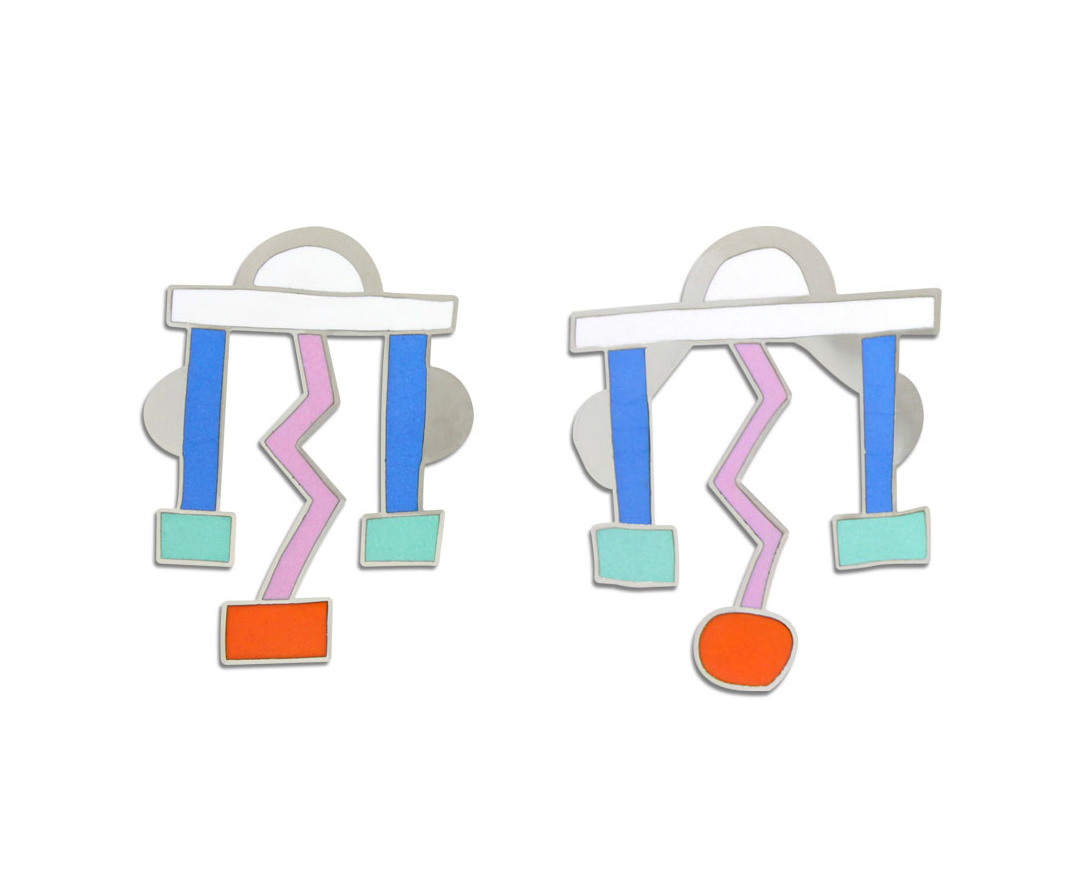