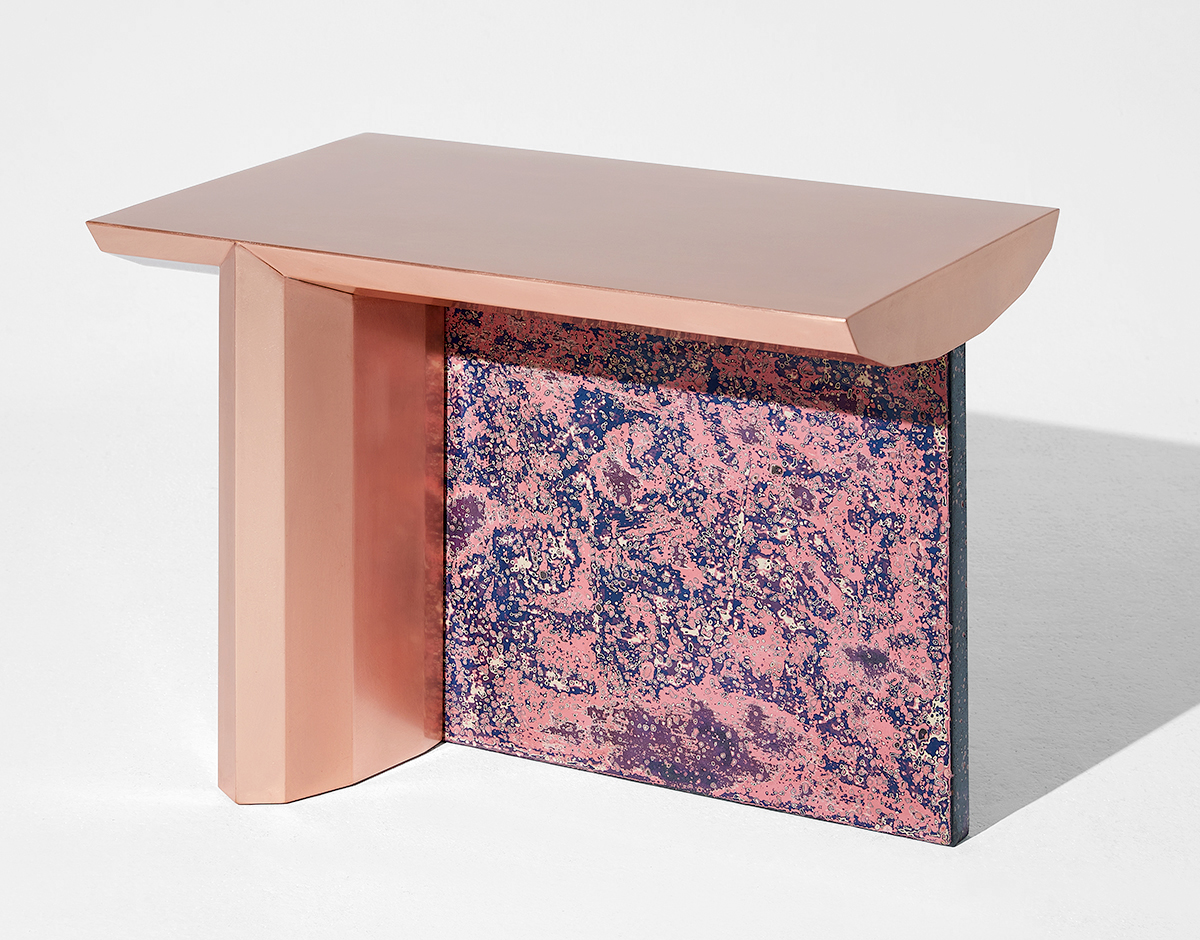 Seven years ago, Seoul-born Jeongseob Kim set out to find a niche that would define his identity as an independent designer. He began experimenting with using black or brightly colored cement to fill in the cracks and crevices created in the process of making cast-concrete stools, lamps, and tabletops. Calling the project Emergence, though, turned out to be prescient — rather than being his sole calling card, it ended up inspiring a body of work that draws on similar ideas but is even more layered and process-driven. His 2016 Time For Universe series was built from slabs of basalt that were lacquered multiple times, then sanded to various degrees to reveal speckled or mottled constellations of color, and his brand-new Compositional Copper series pairs those slabs with gently faceted copper.

Kim found basalt when — on the eve of applying to get his MA at Goldsmith’s in London — he went looking for another material besides concrete that was similarly “unfinished or problematic,” he explains. The brittle volcanic rock “was weak among stone, and I wanted to find a way to make it stronger.” By coating it with urushi lacquer, which is so thin that it needs to be applied in many layers, he made the basalt more structurally sound, so he could use it to make furniture. But he also achieved that signature painterly finish: The multicolored layers of lacquer fall into the holes of the basalt, creating unevenness in the layering structure that appear when the lacquer is ground down. While he credits a lacquer craftsman named Namgwon Lyu for helping him with that original collection, he later learned to do it himself.

More recently he decided to expand the concept. “There are many artists in Asia who use lacquering,” he says. “I wanted to emphasize the technique more as a contrast with another material. I thought that if red copper and the lacquer technique were mixed, the characteristics of each would be enhanced.” Scroll down to view Kim’s Compositional Copper pieces, plus selections from his original Time For Universe series, which we’ve added in at the bottom. 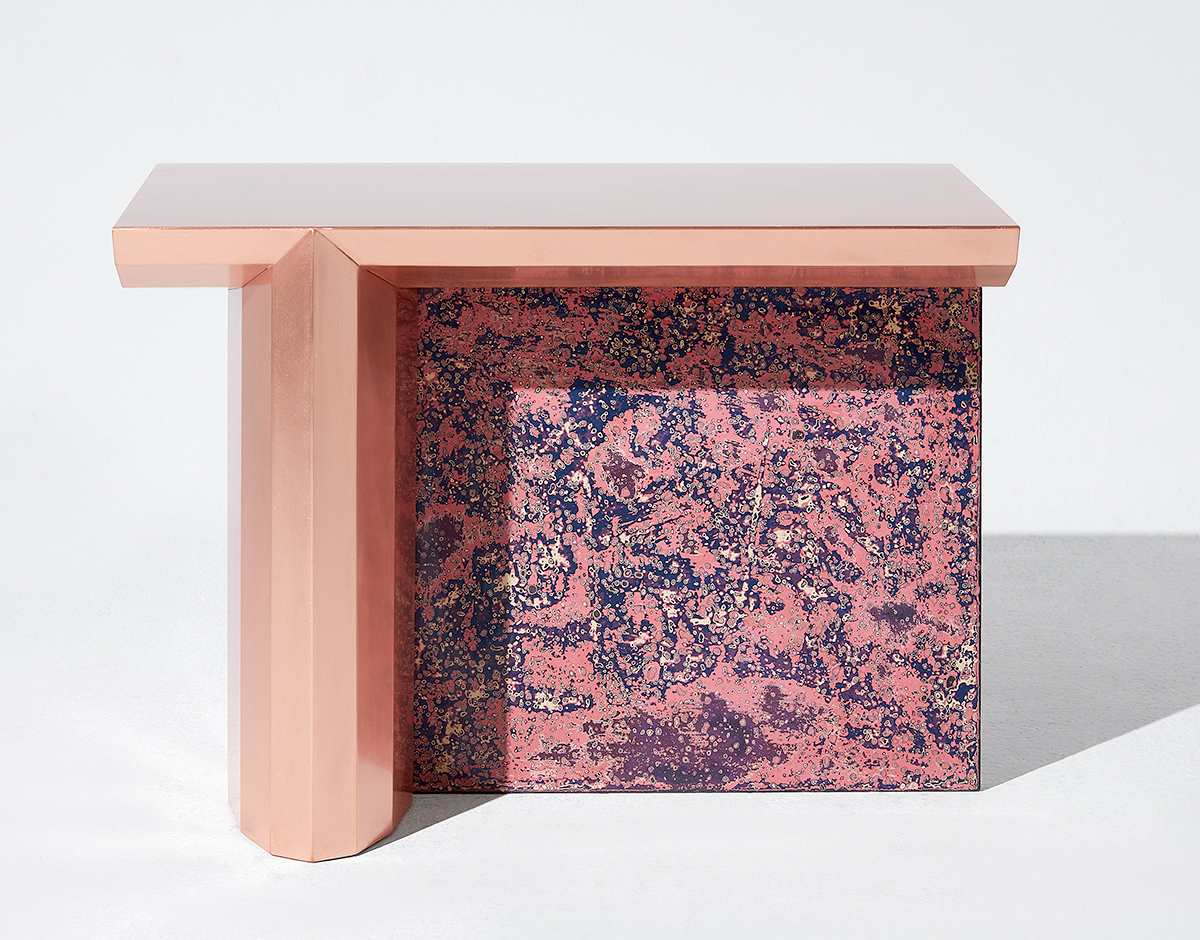 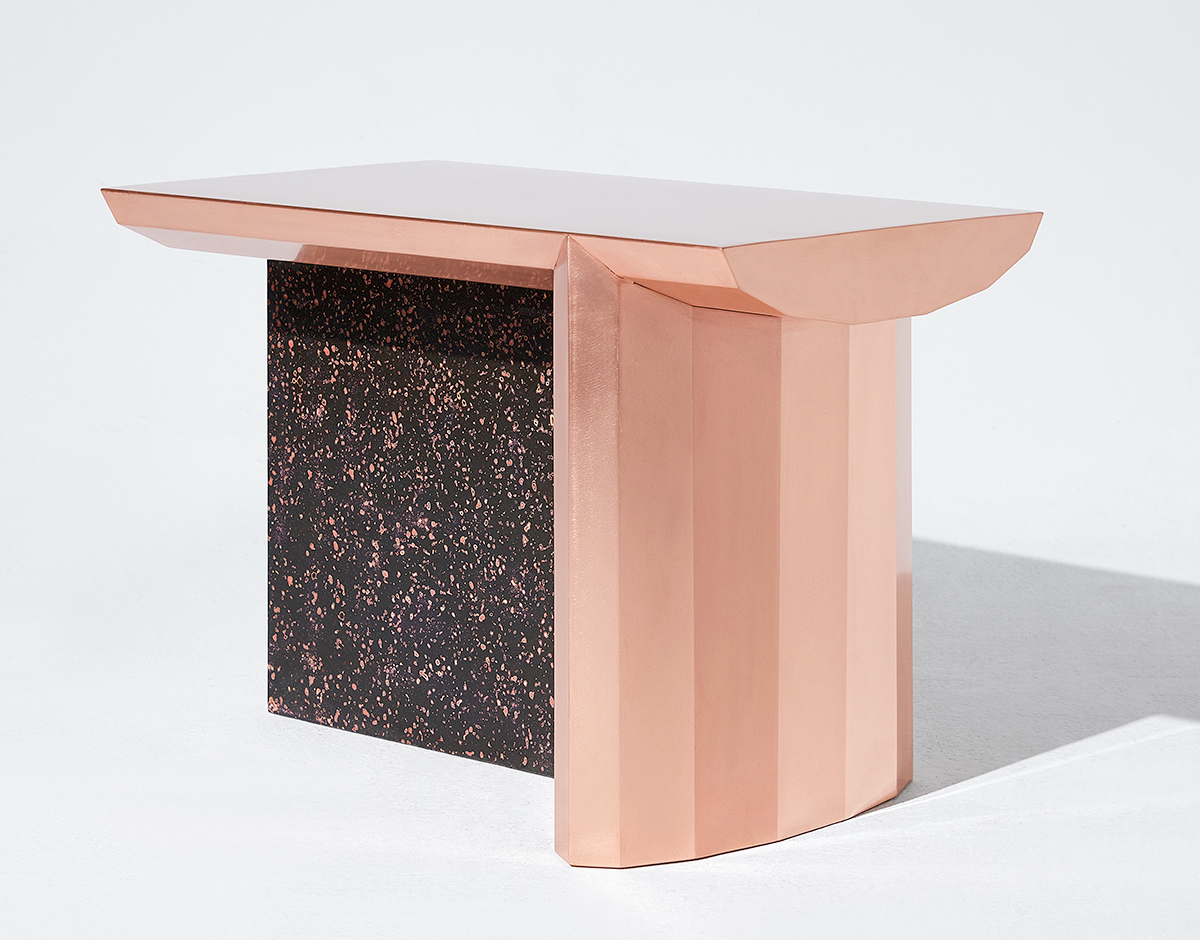 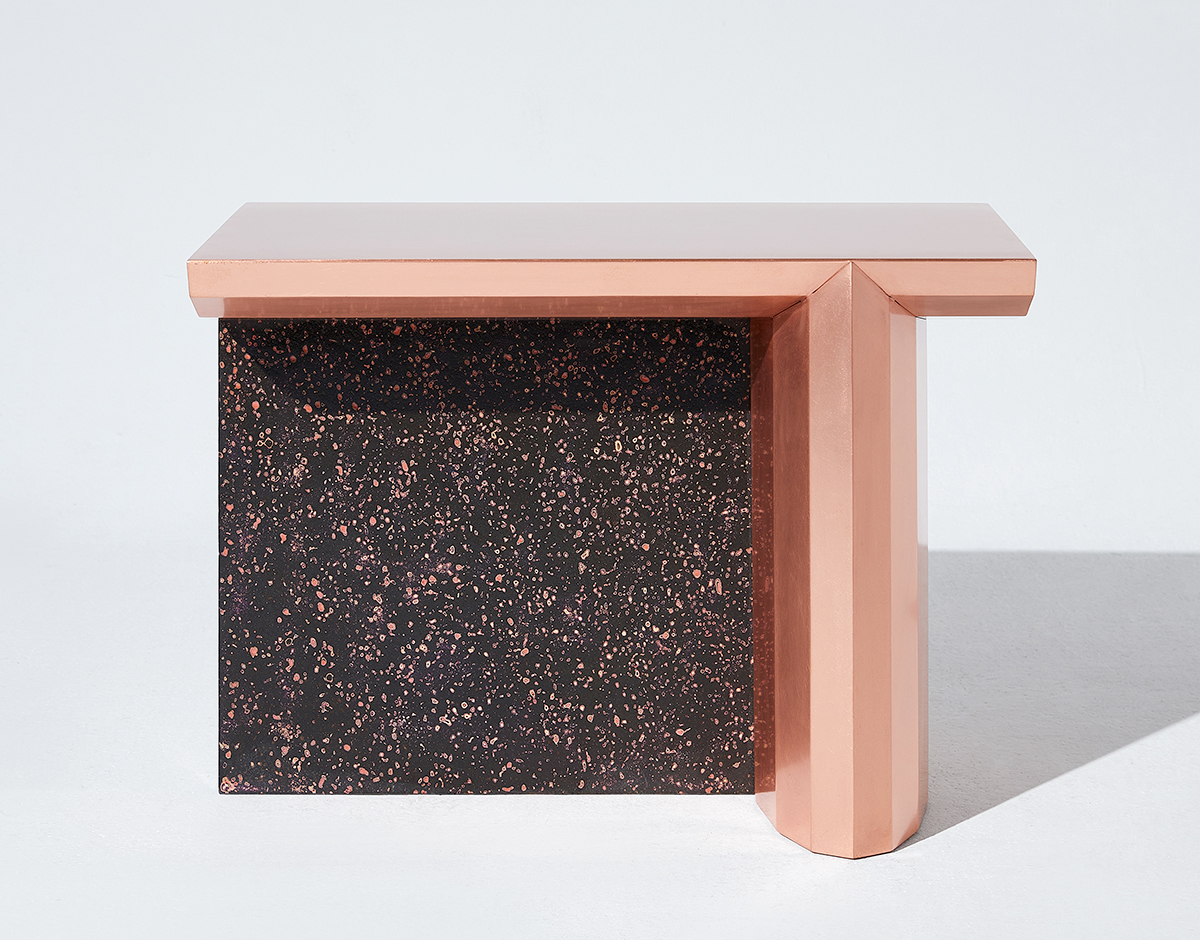 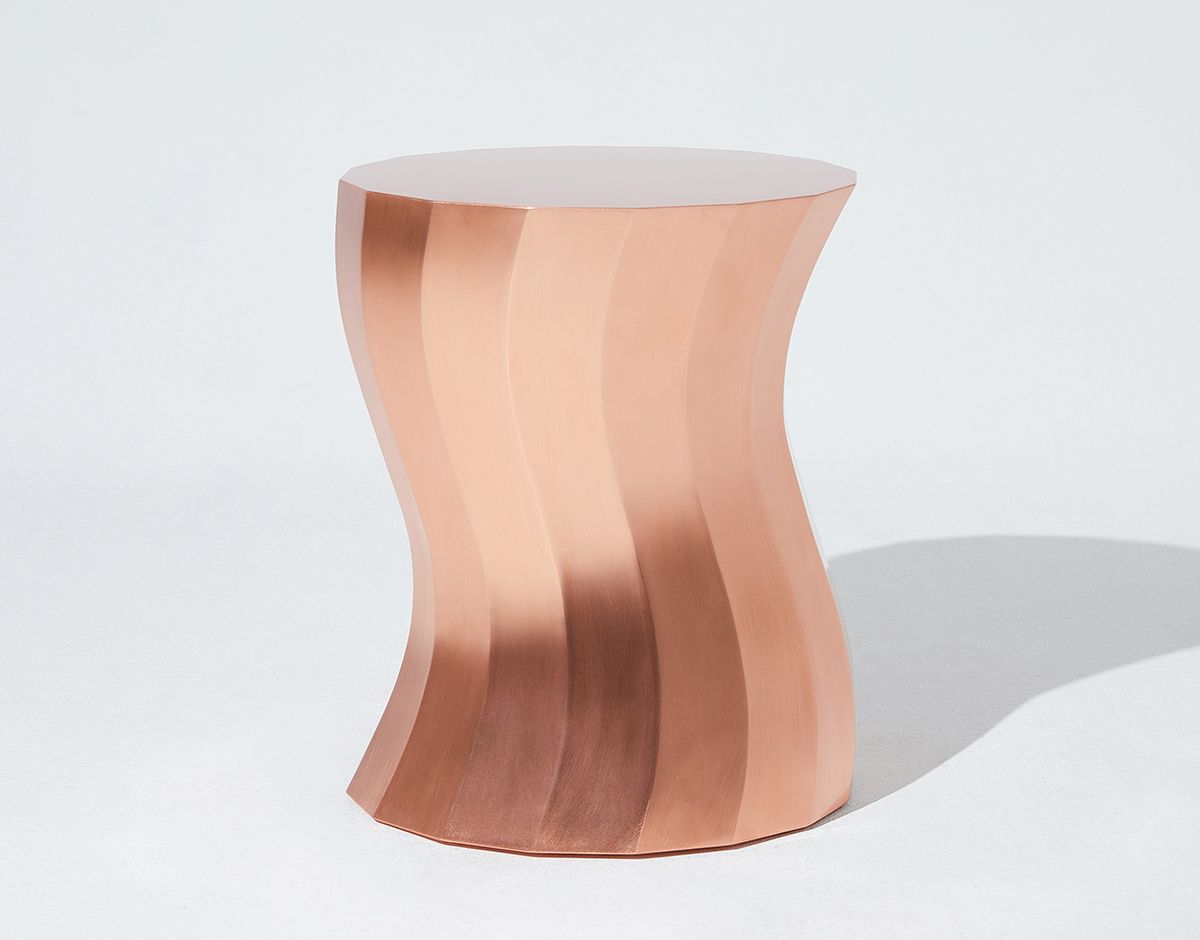 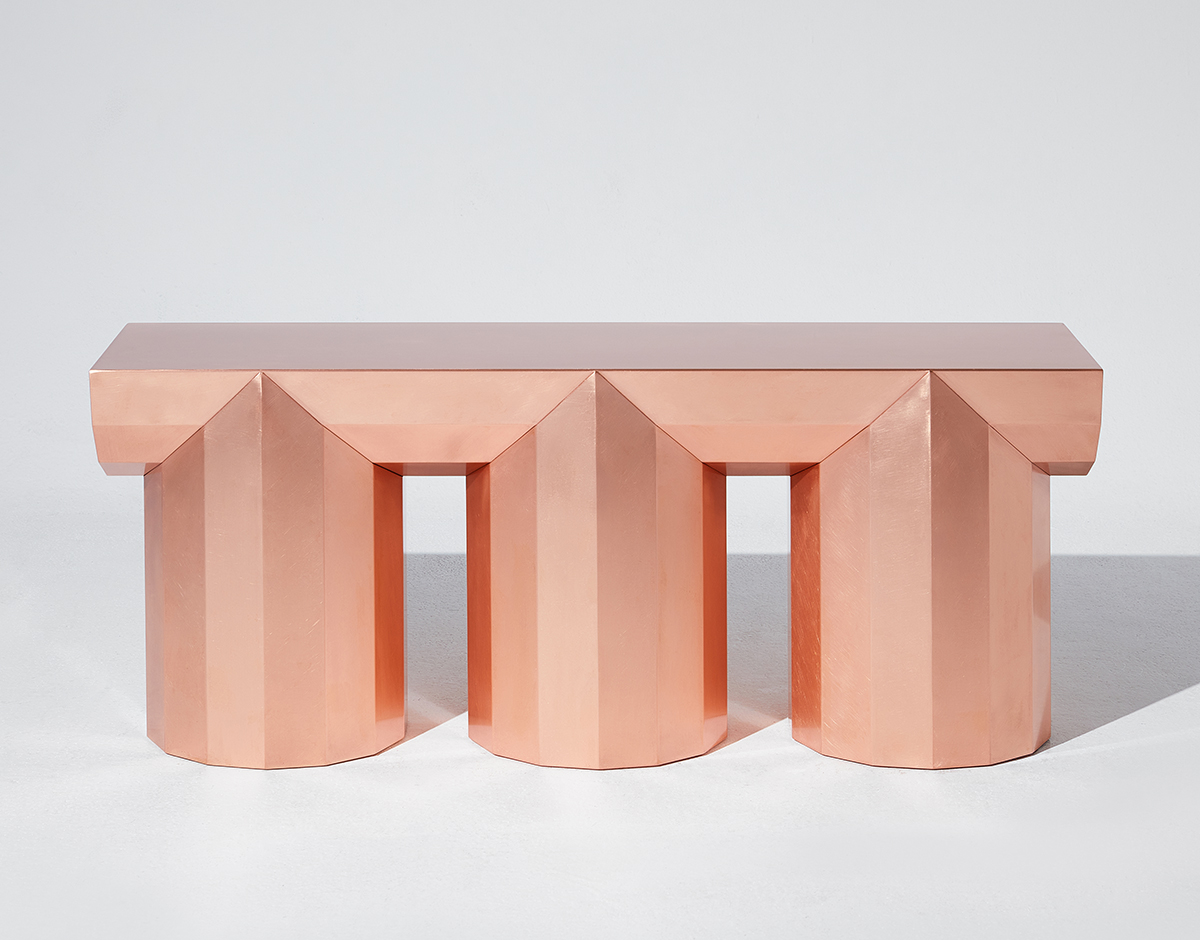 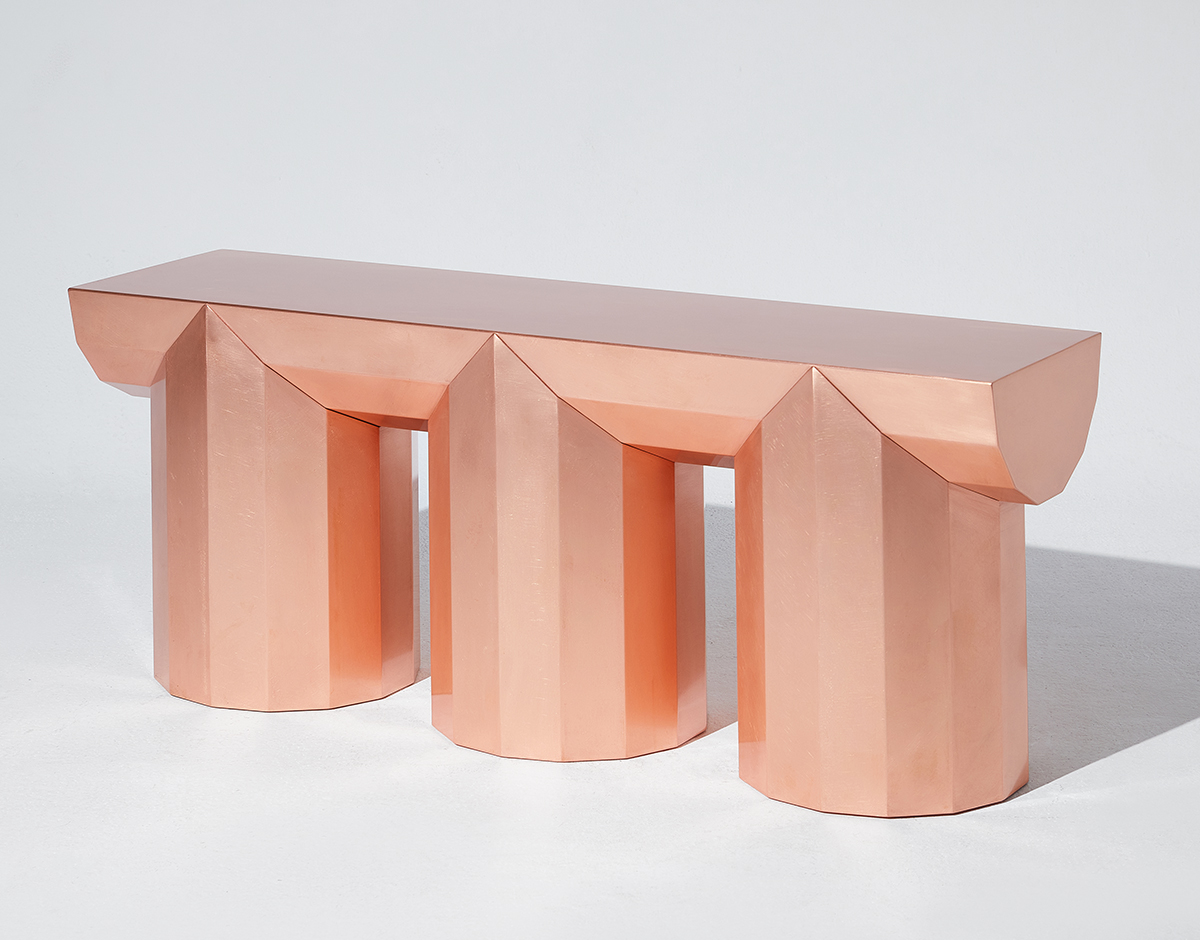 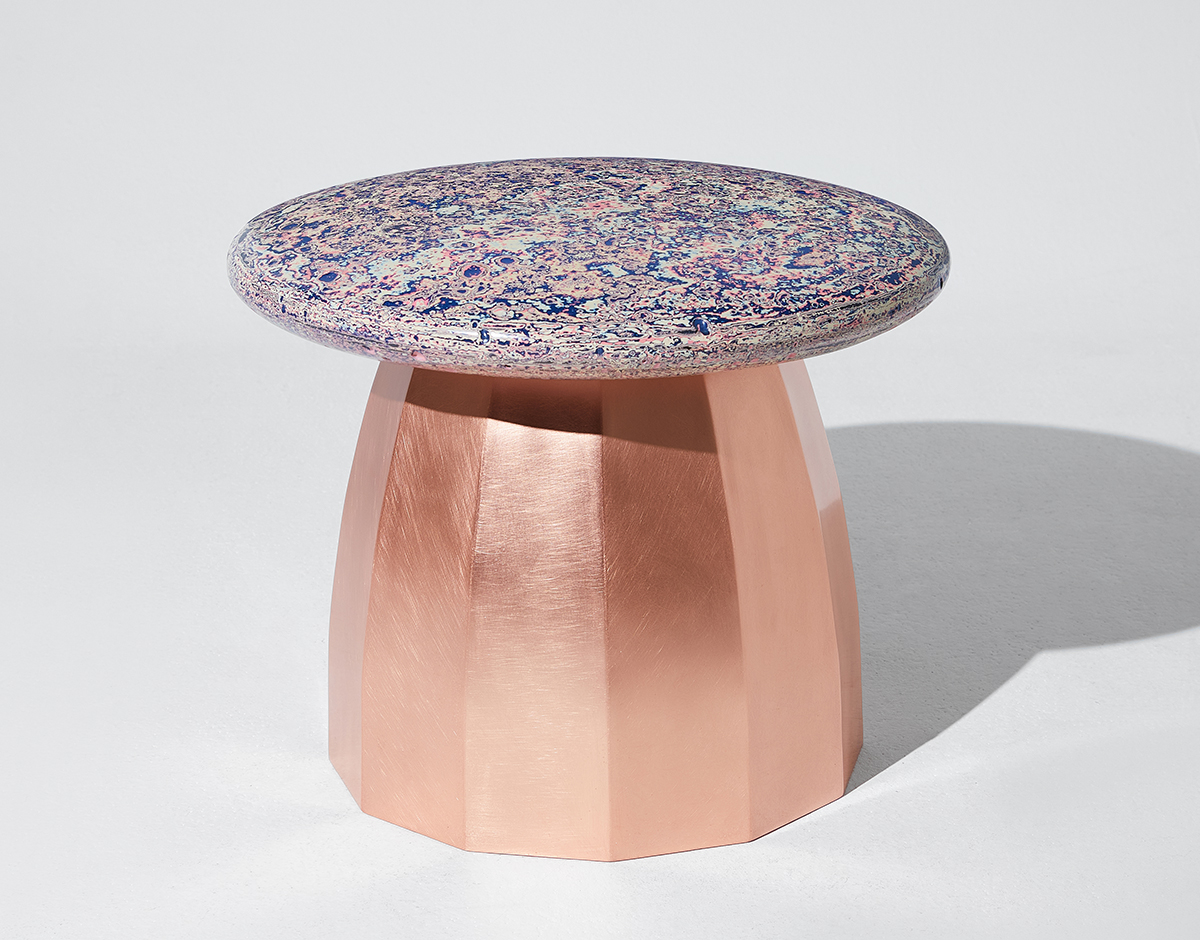 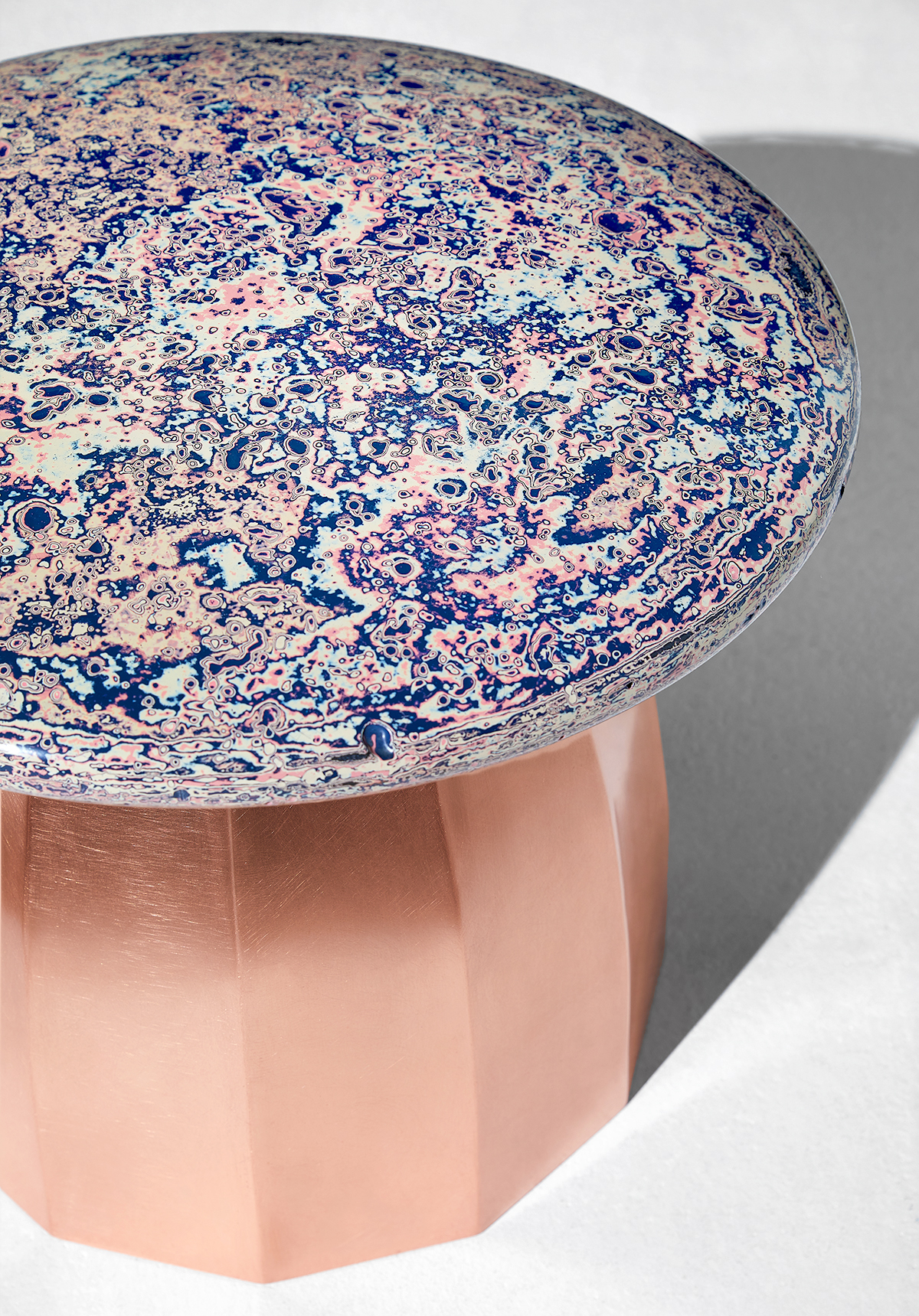 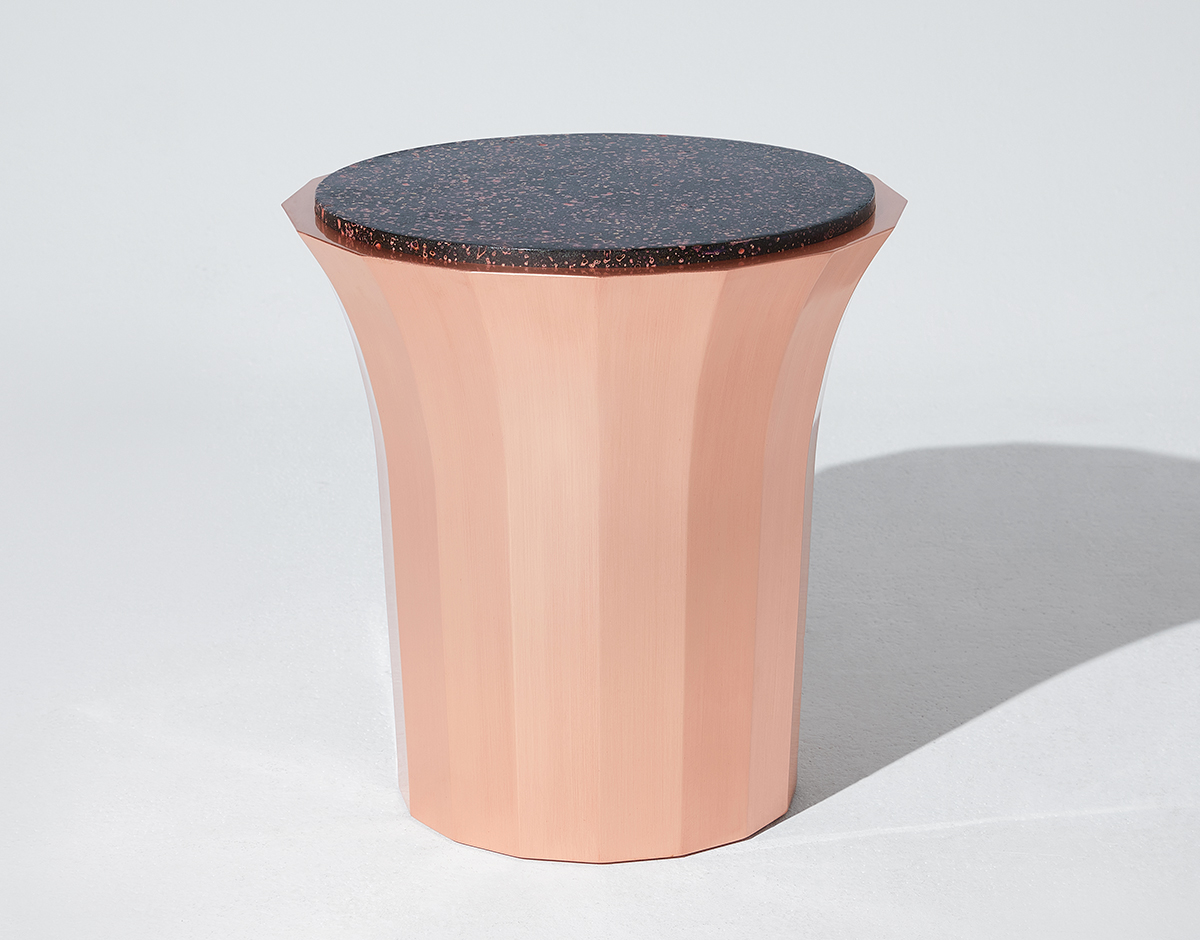 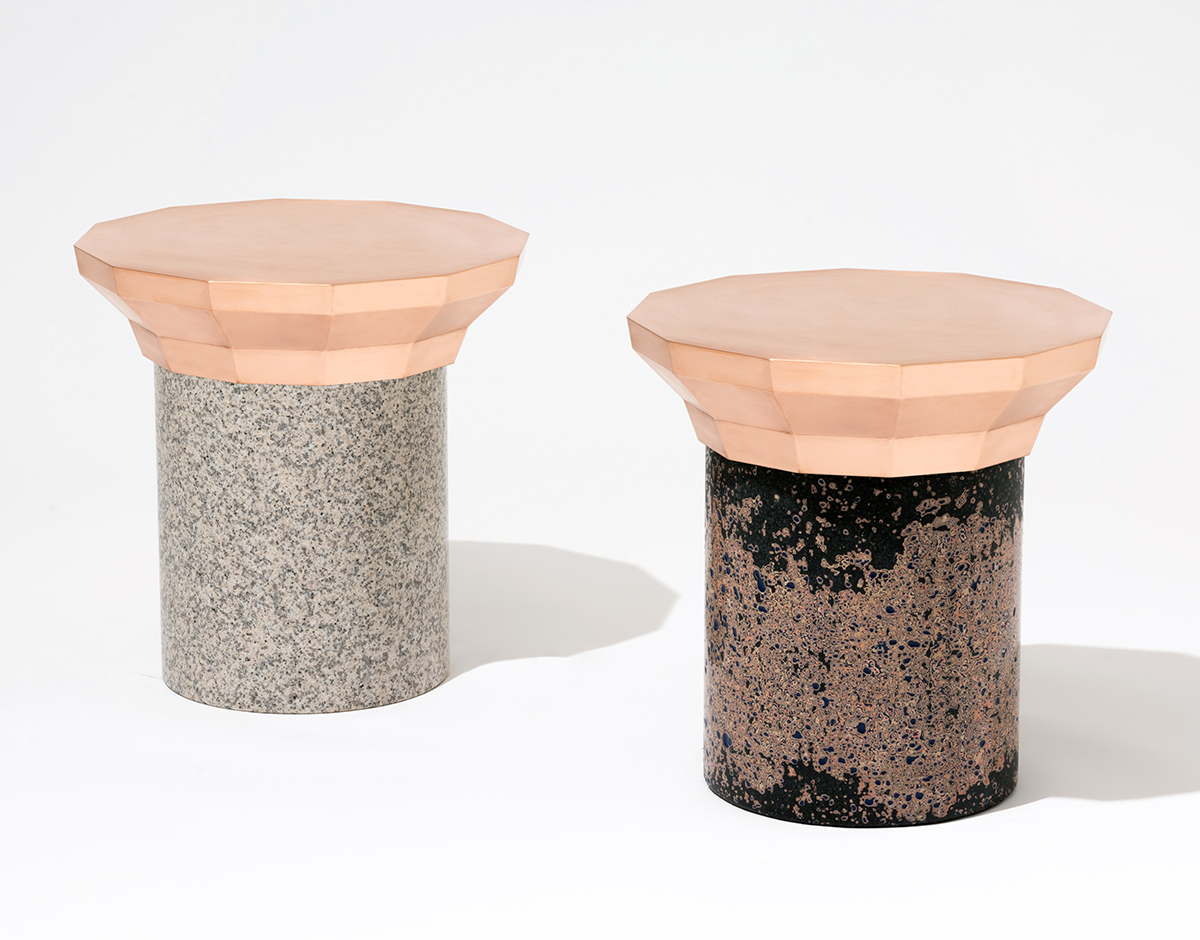 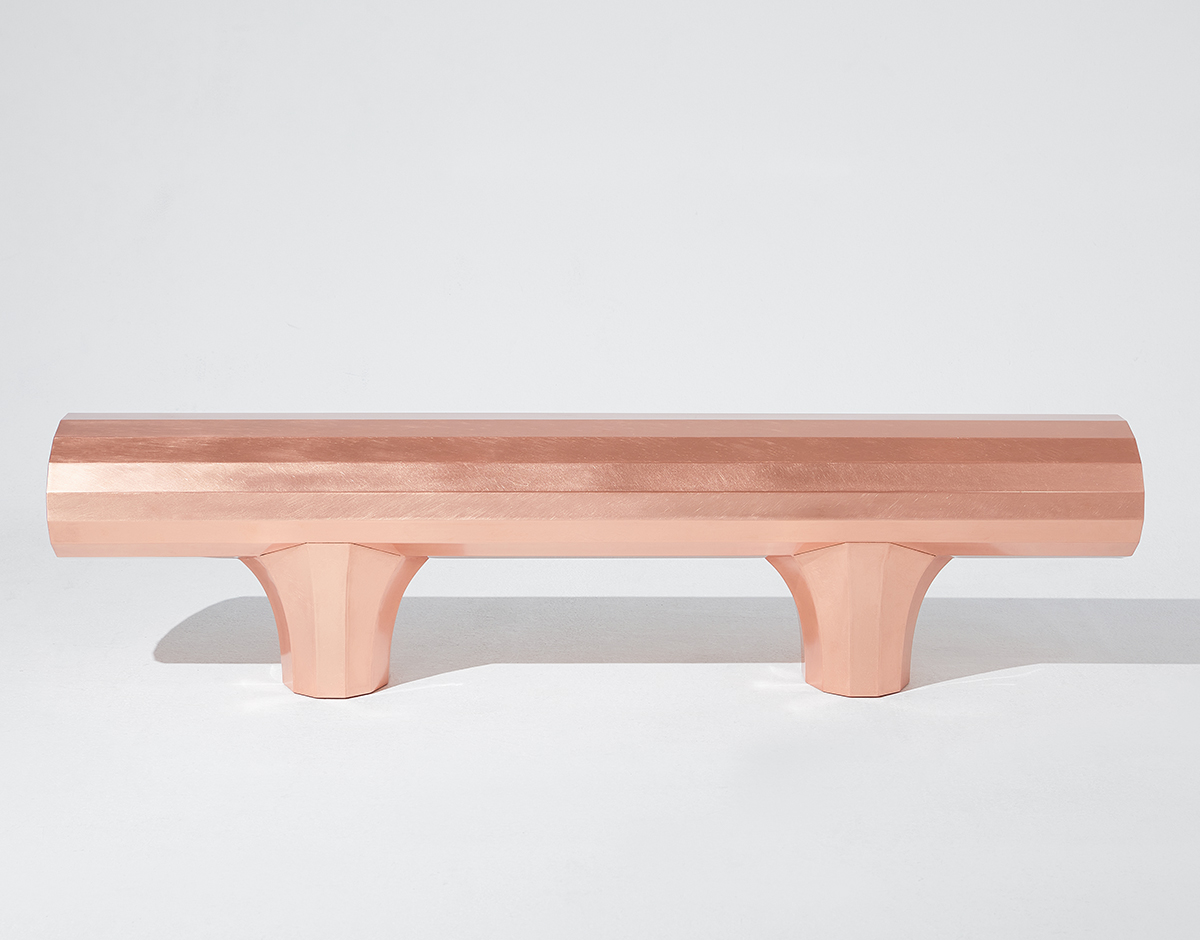 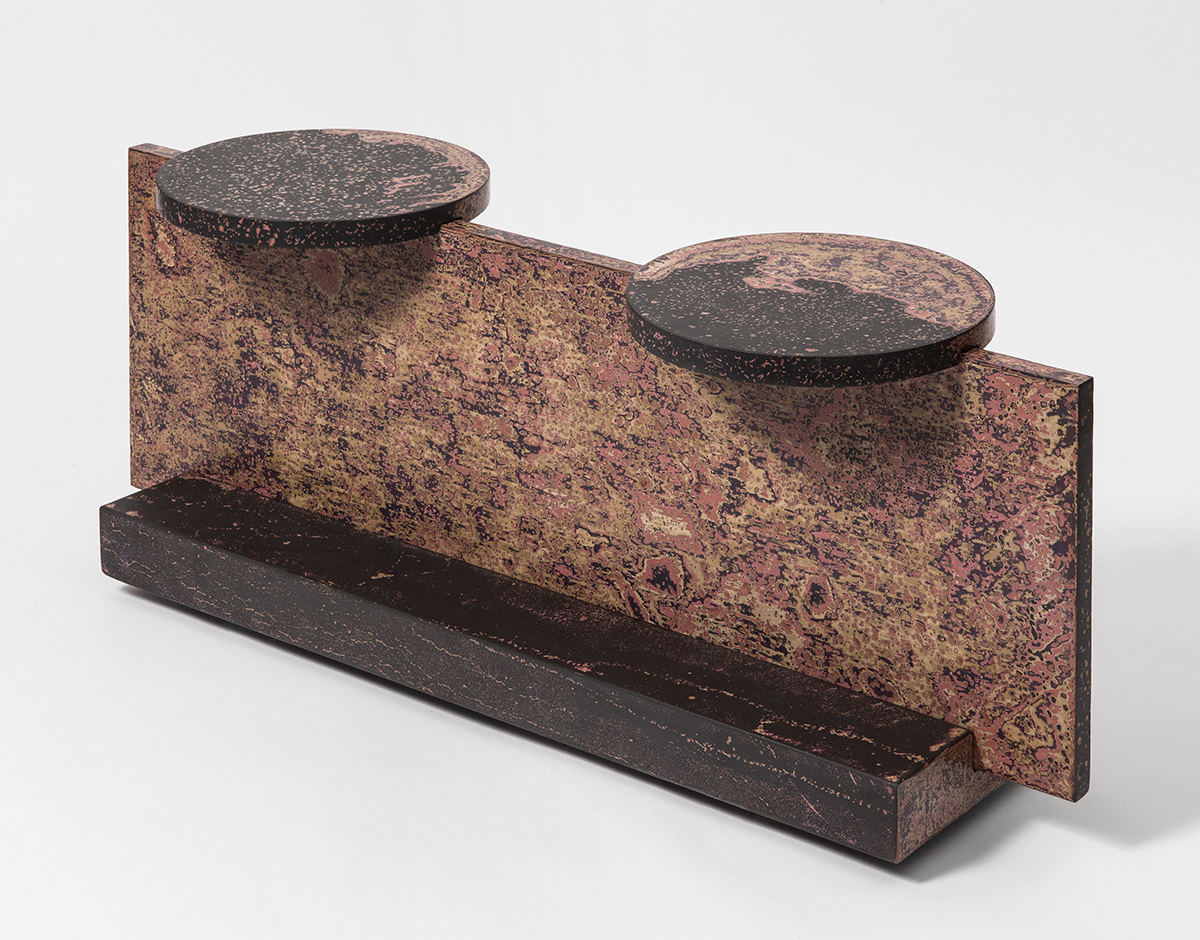 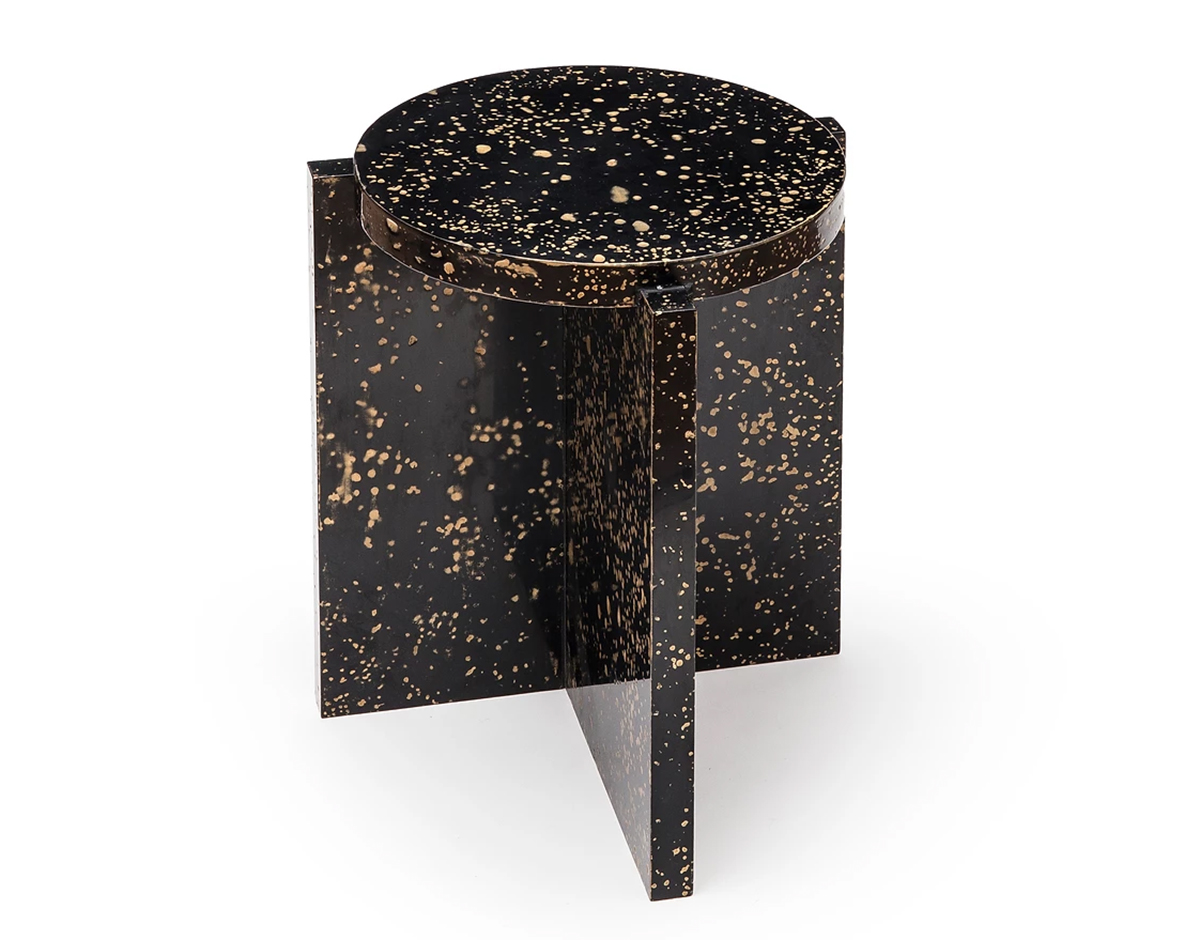 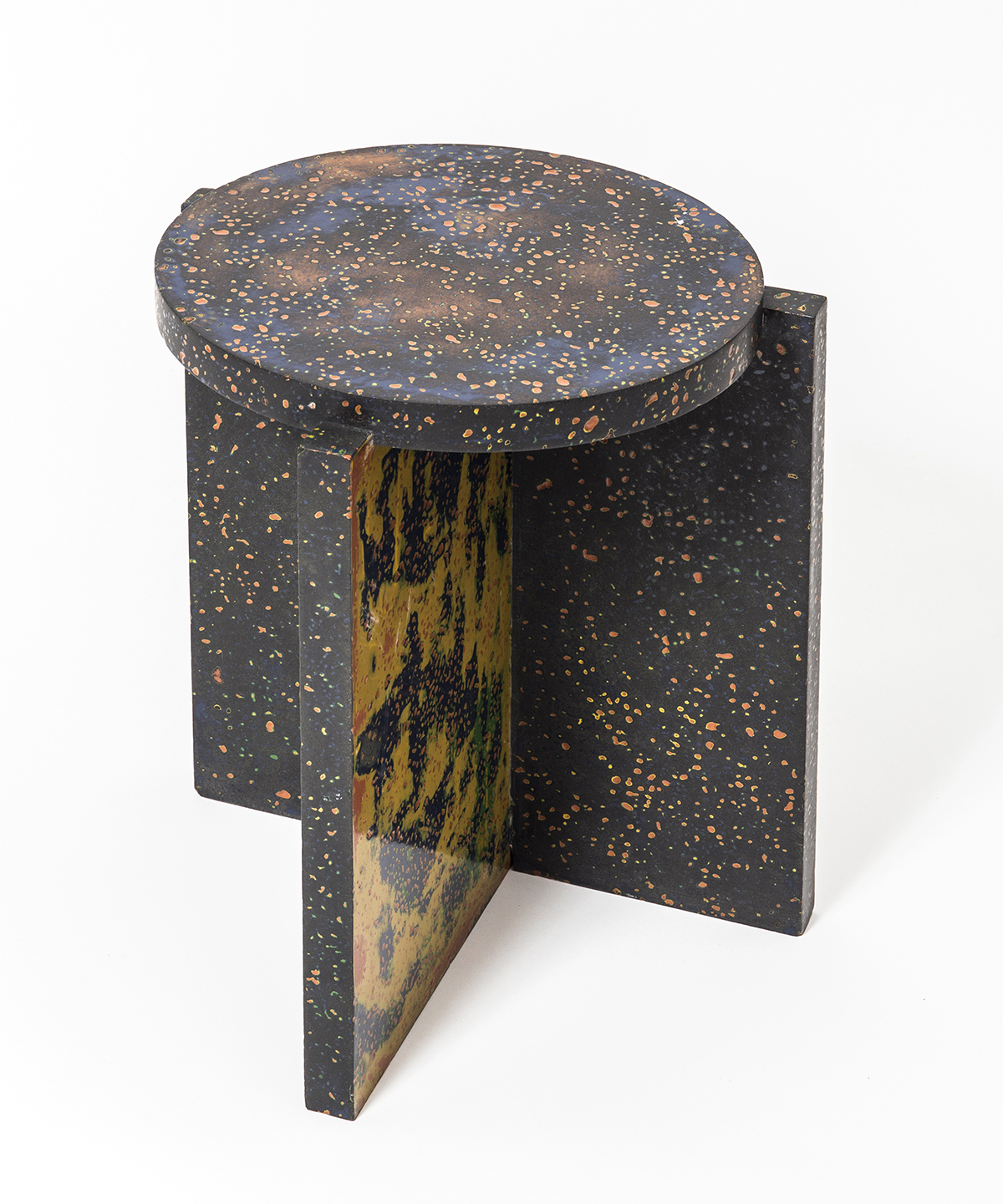 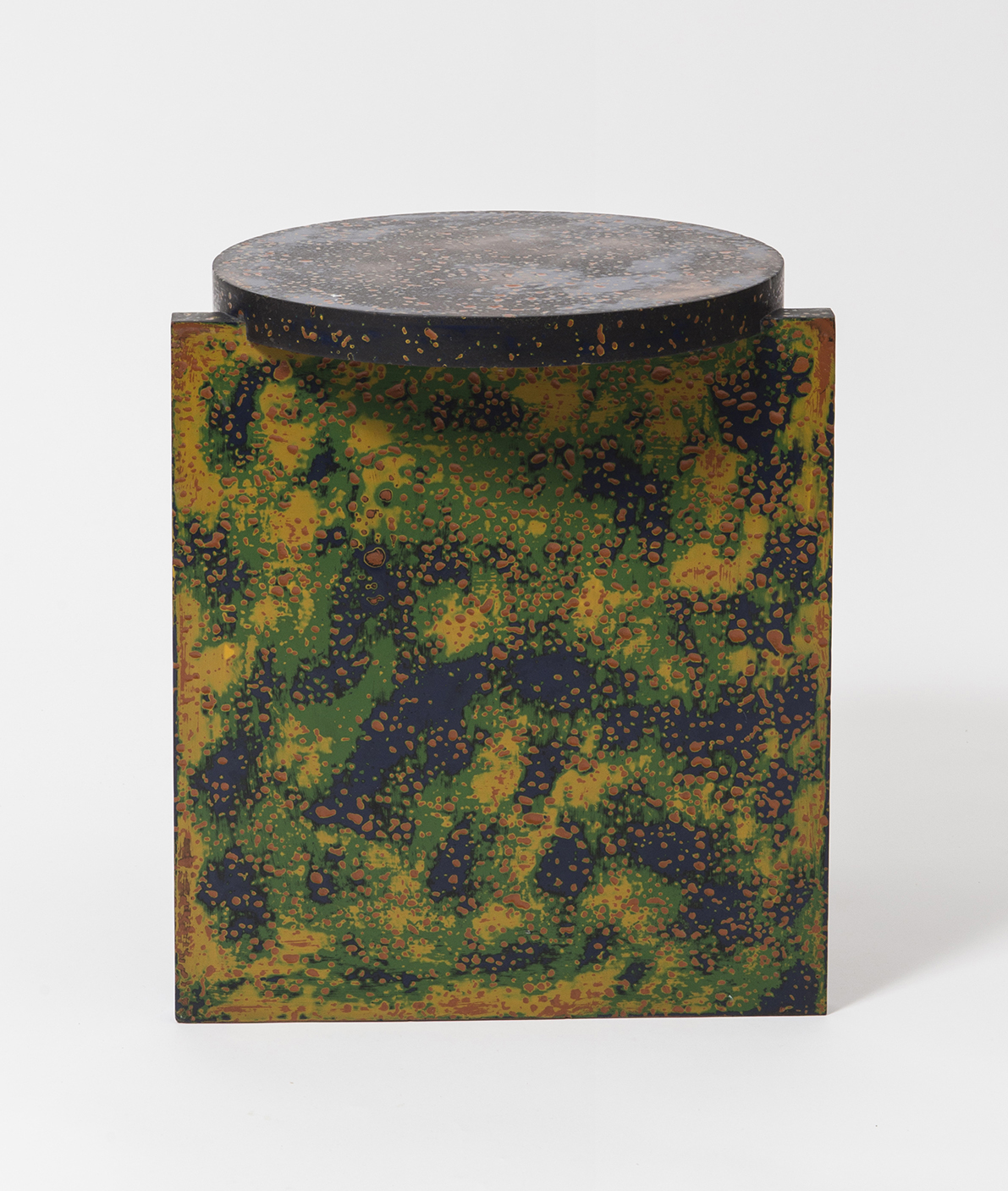 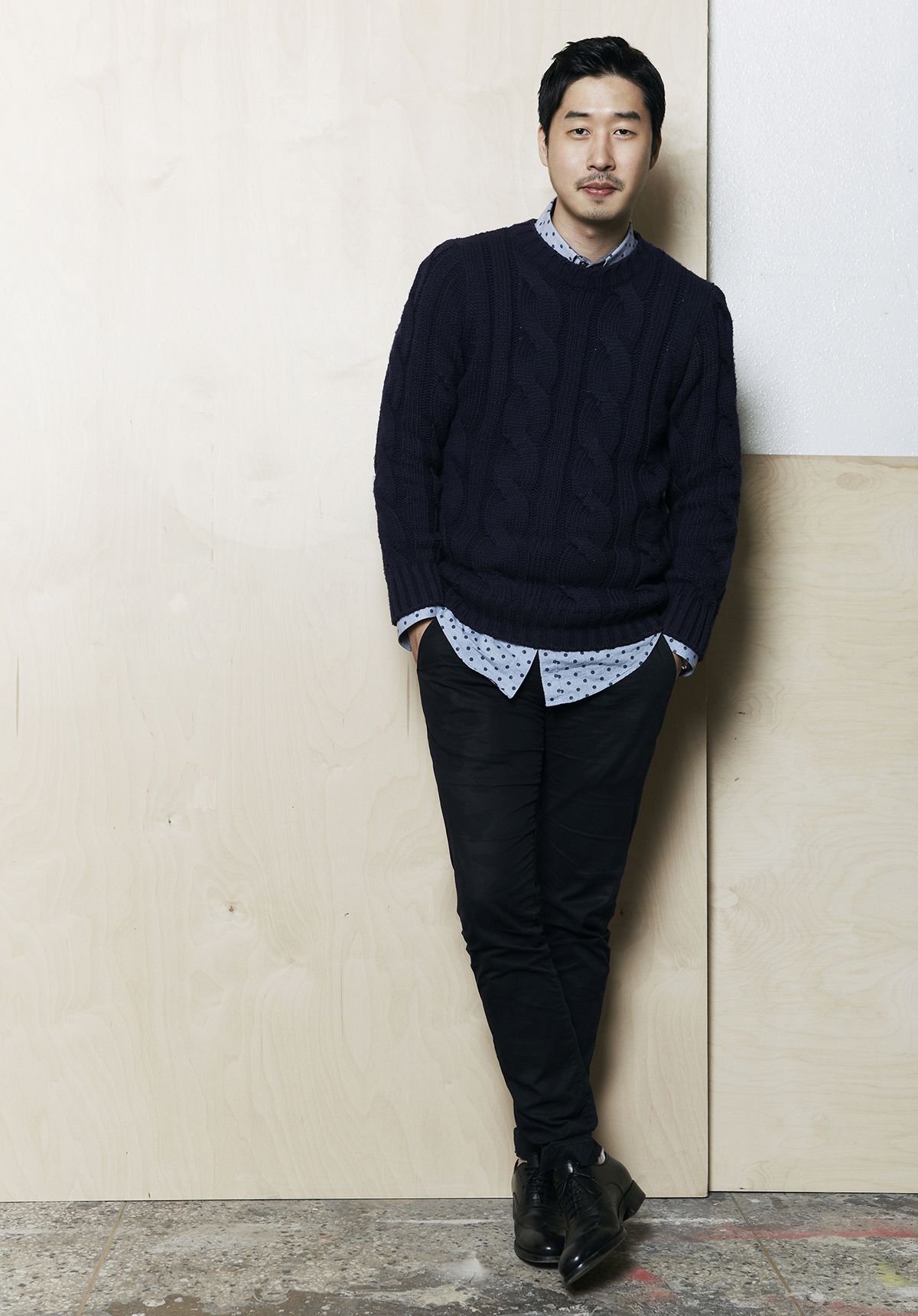 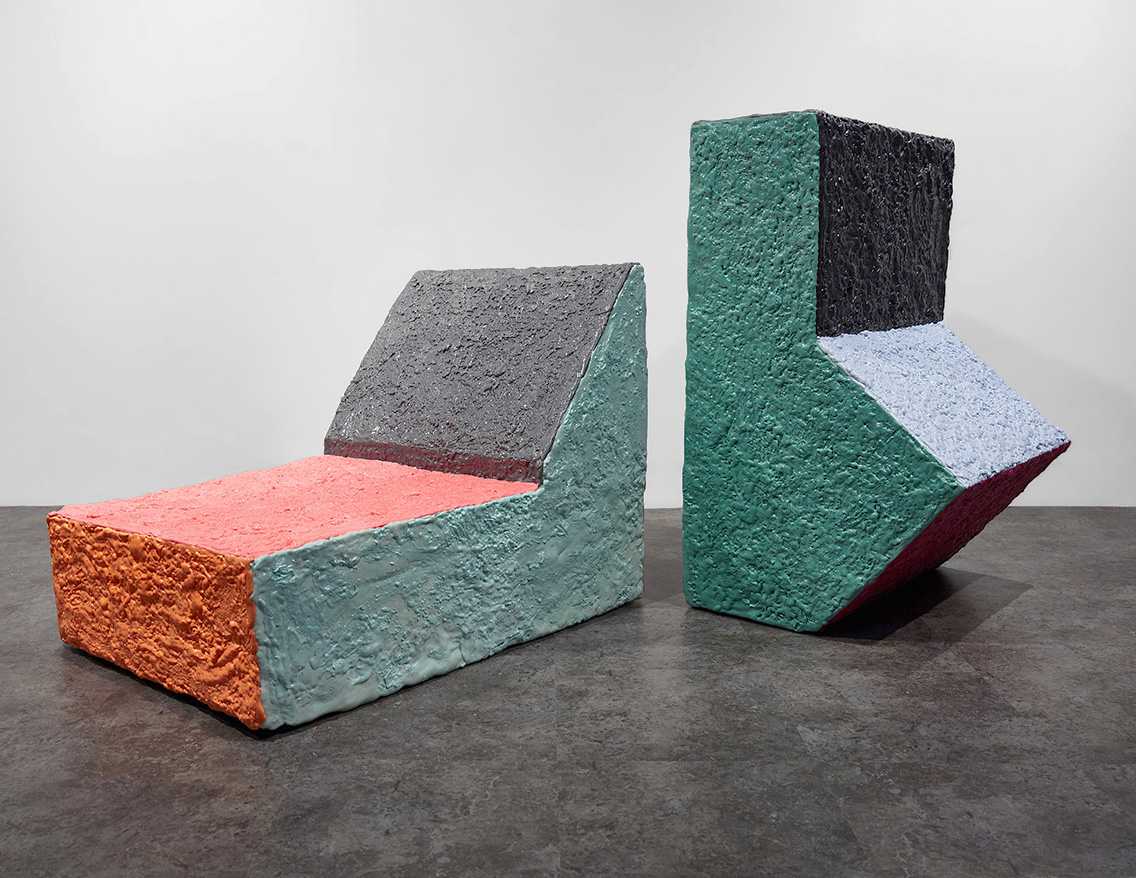 Seoul-based Sohyun Yun is first and foremost an advocate for what she calls "intuitive" design — work that looks and feels like it wants to be looked at and felt. Her pieces are by turns ecstatic and empathic, tethered to tradition but not beholden to it.
More 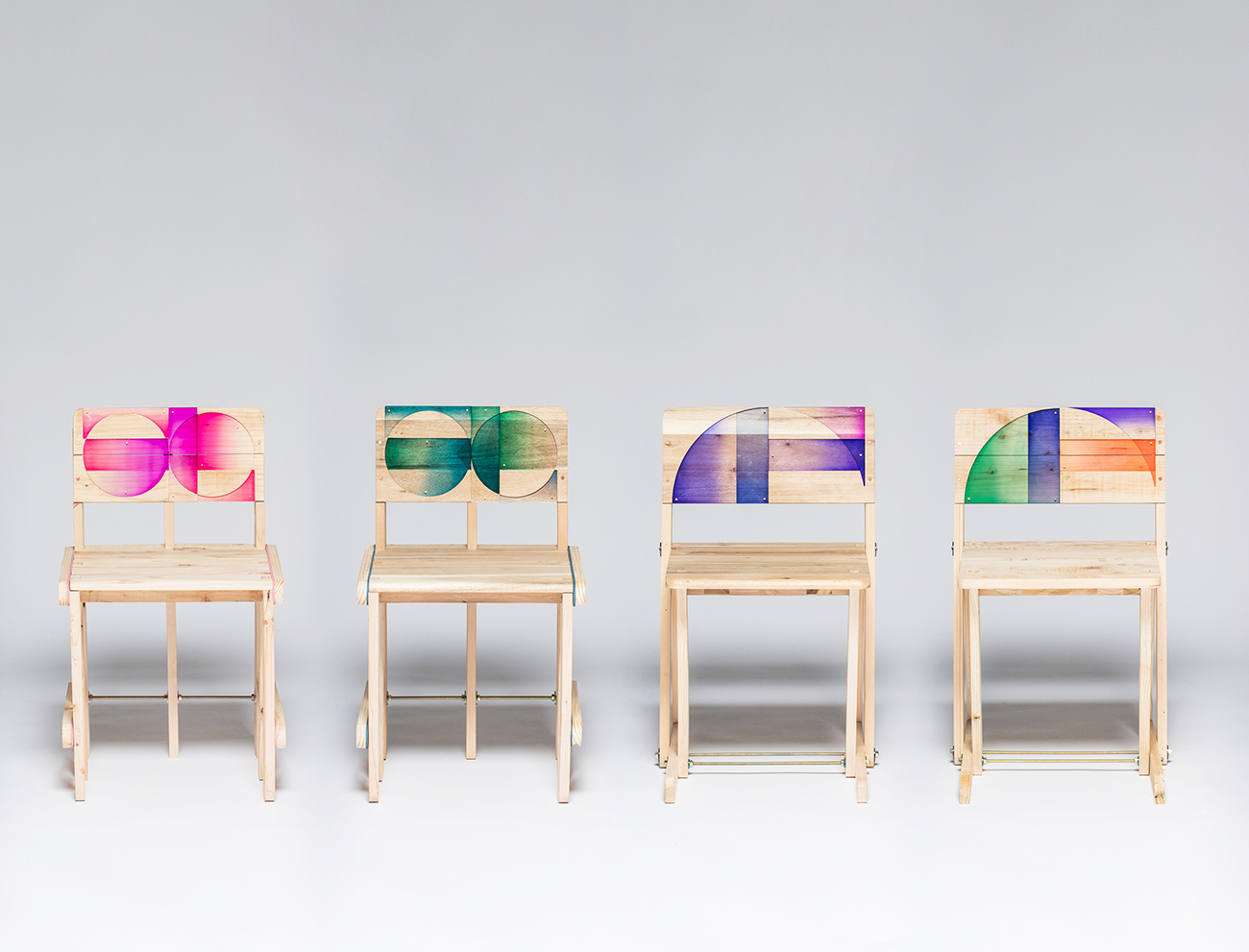