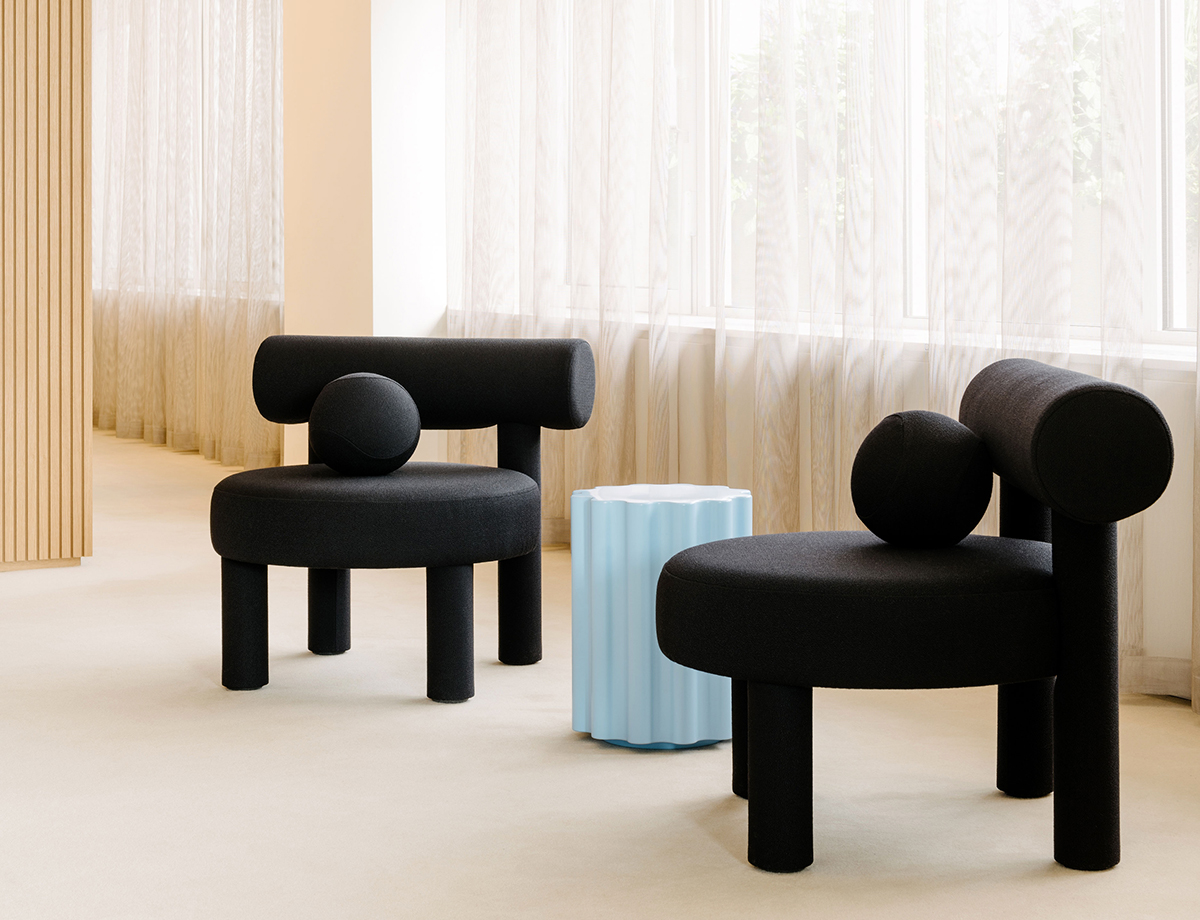 Two of Our Favorite Recent Retail Interiors Feature the Perfect Combo of Colors, Shapes, and Textures

We love an ambitious retail interior, in which a designer has been given a discrete — and often limited — space and budget allowance but a higher level of creative freedom. Two of our favorite recent European interiors are both stores that feature perfect color palettes, contrasting textures, sculptural architectural details, and super statement-y custom furniture. At the Madrid flagship of Hoff, the duo behind Ciszak Dalmas joined forces with Matteo Ferrari to contrast the brand’s sporty, color-blocked sneakers with a powdery pastel interior that includes a covetable bouclé sofa, a central table made of salmon-colored local stone, and sinuous walls coated with a type of mauve-tinted cement called “Mountbatten Pink” that helped camouflage the British Royal Navy during World War II. Further north in Berlin, Vanessa Heepen and Claire Wildenhues have reimagined the fifth floor of the century-old department store KaDeWe, replacing its Silberterrace restaurant with a customer service area, lounge, and soon-to-be-completed new dining space, all lined in dramatic floor-to-ceiling drapery and curved slatted-oak walls. The pair also created two striking custom benches for the project, one out of terrazzo, mint velvet, and smoked glass, and the other upholstered in bright blue with legs made from terrazzo and clear glass. Even if we may not in the market for what either space is offering, we’re still over here taking notes. Scroll down for more. 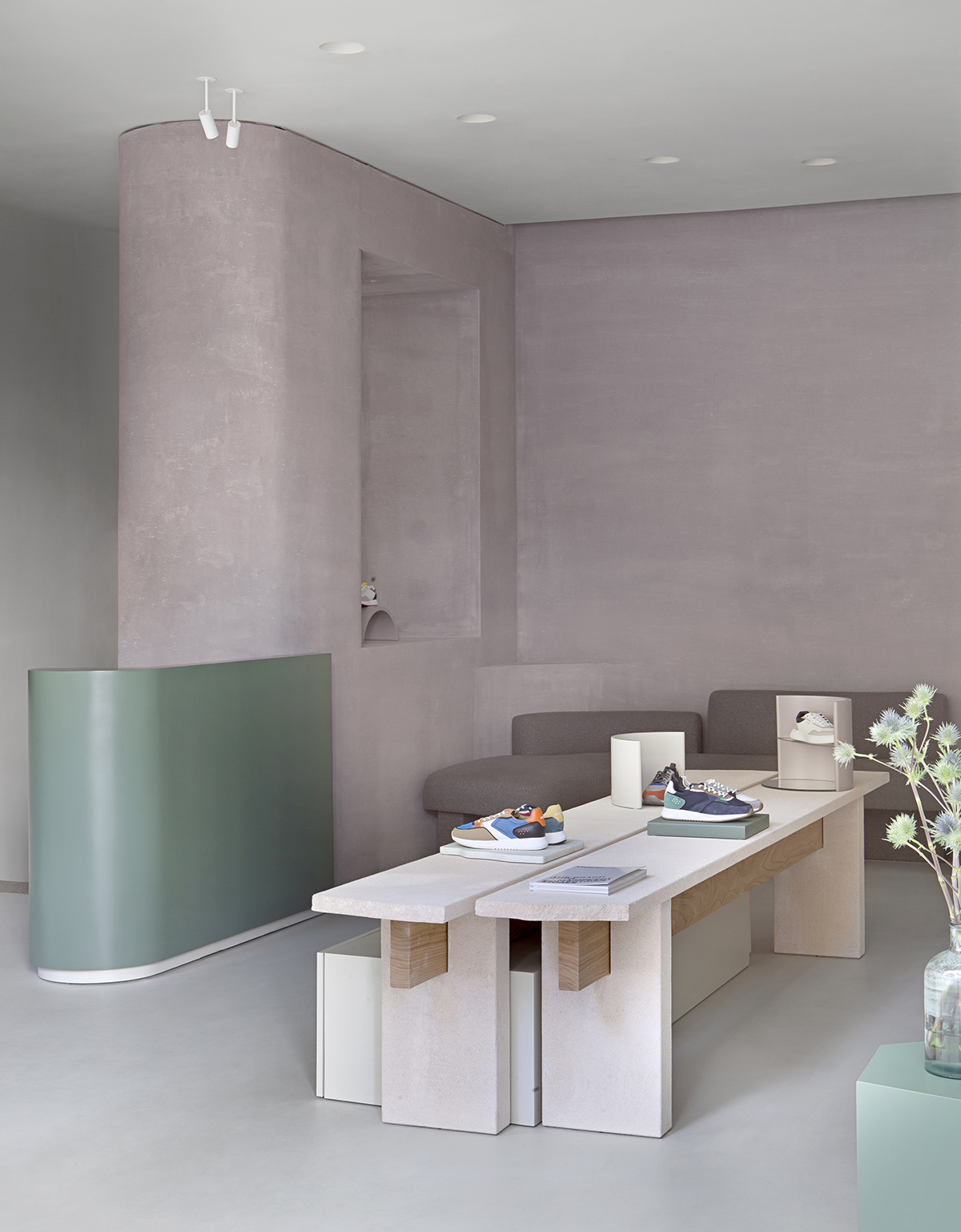 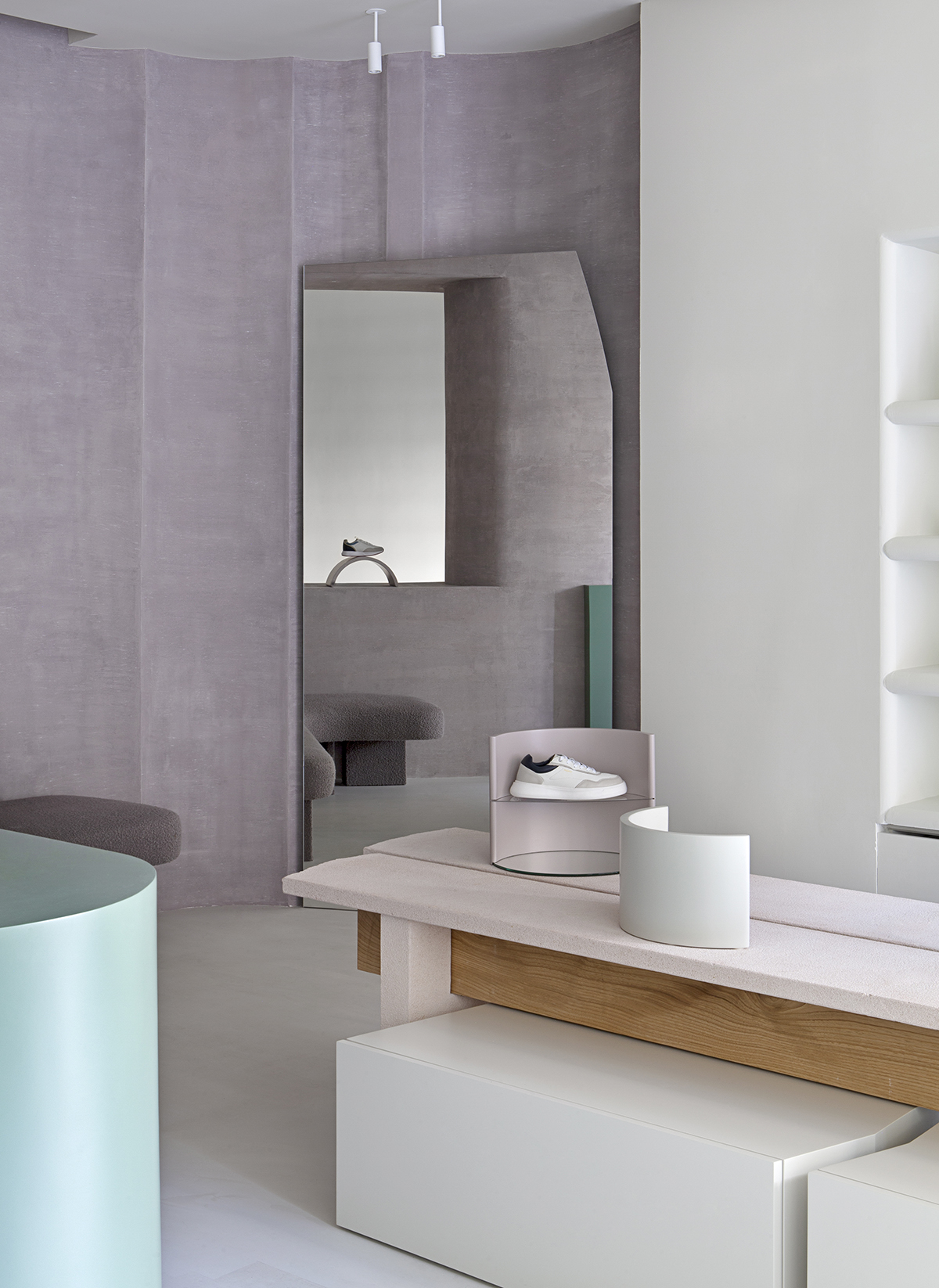 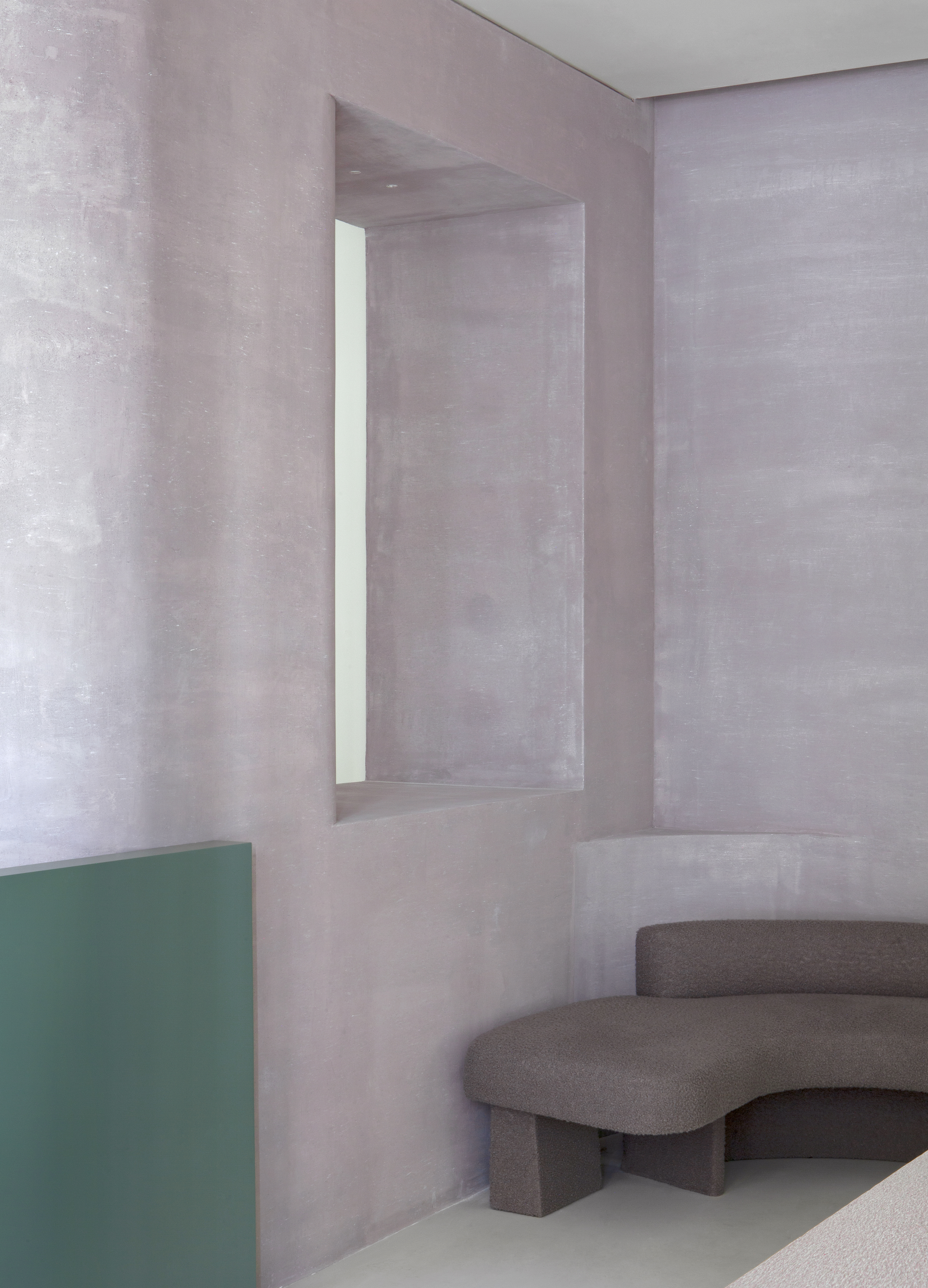 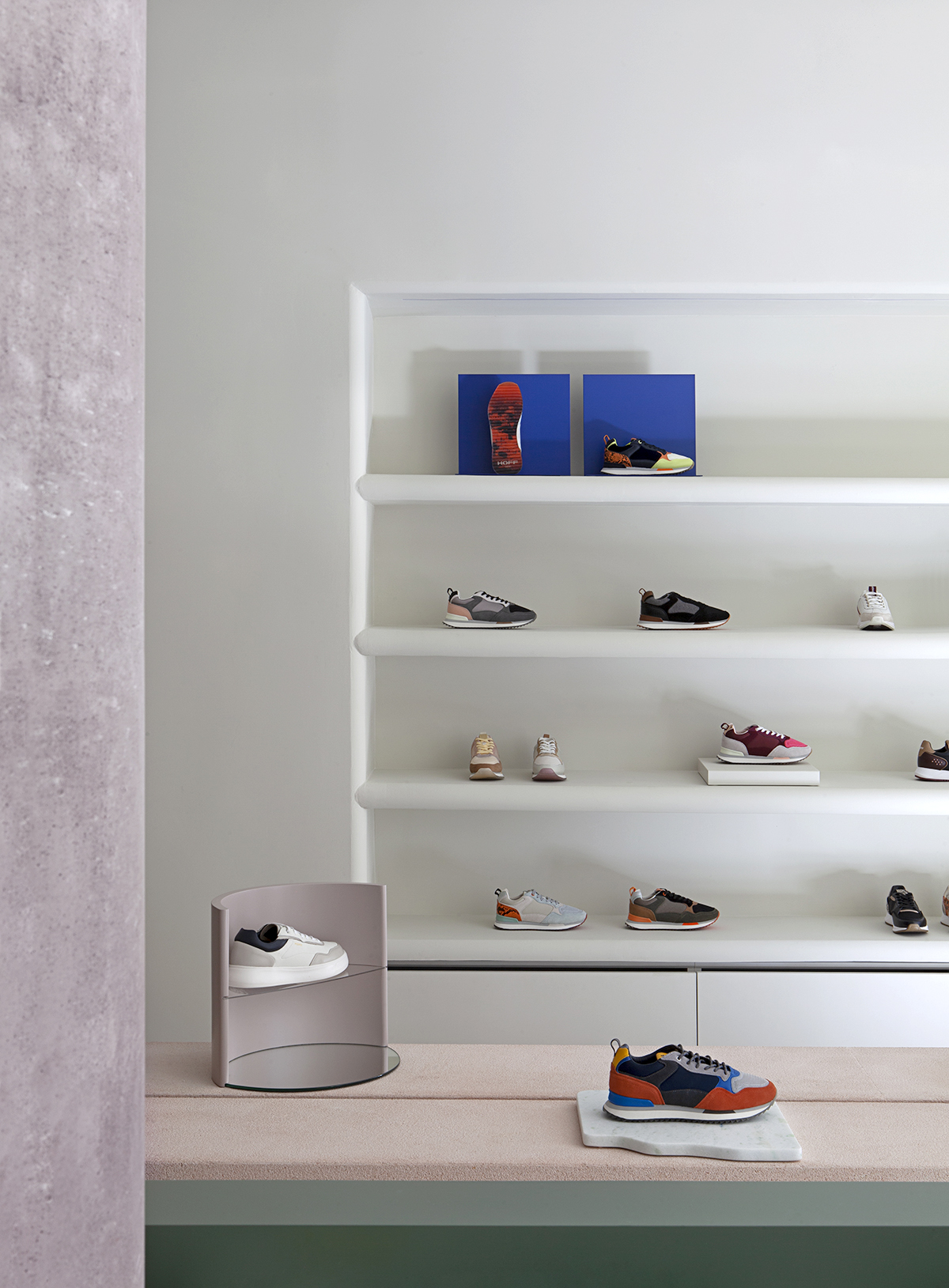 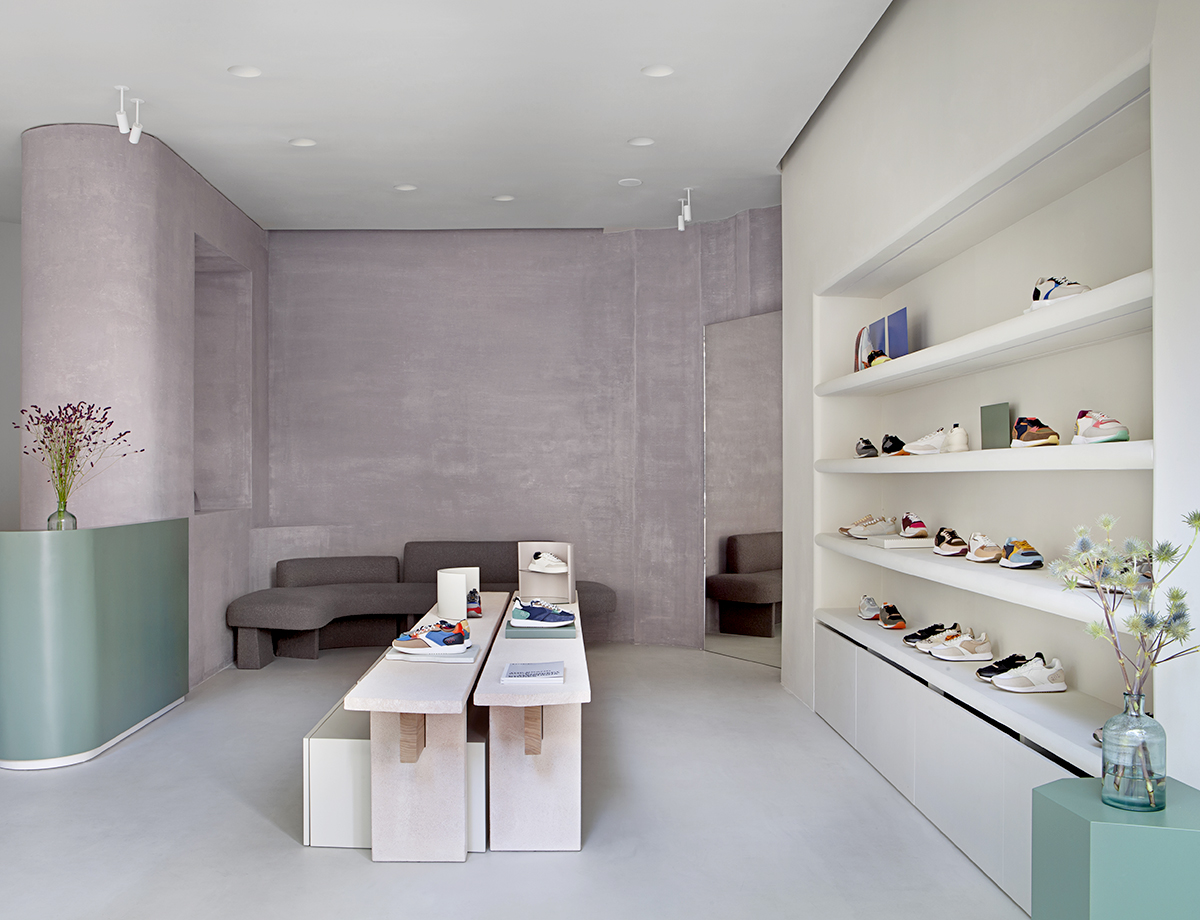 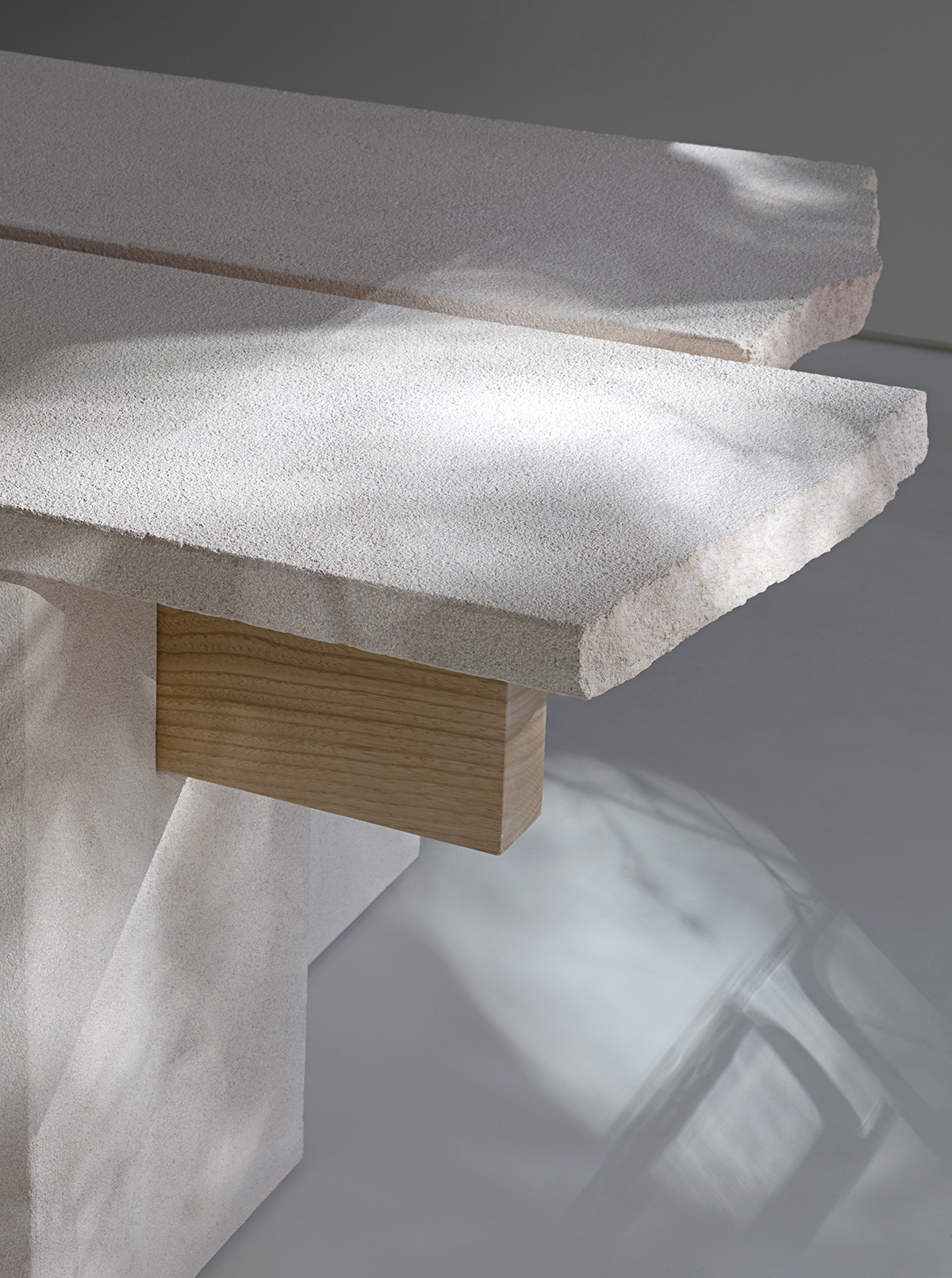 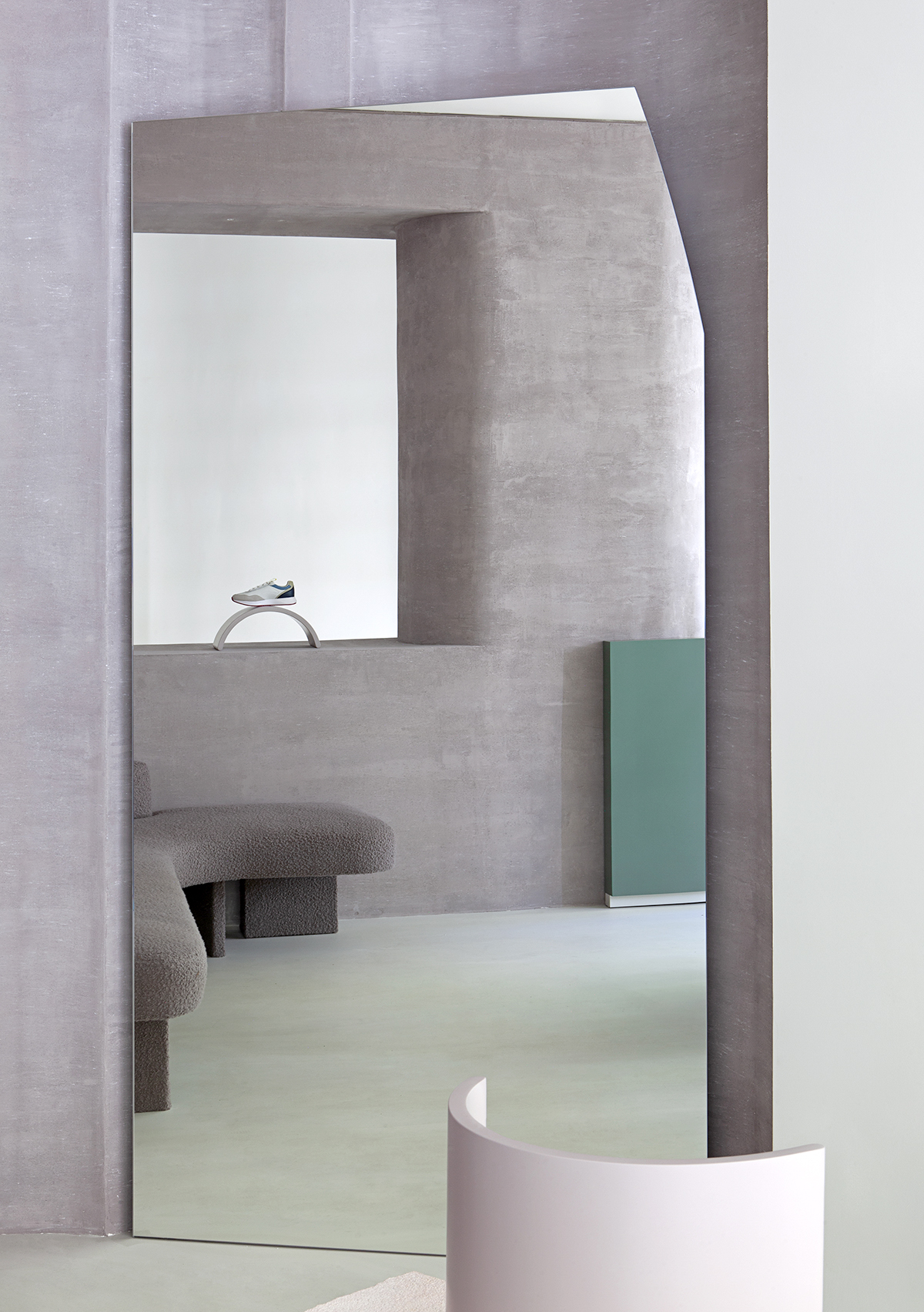 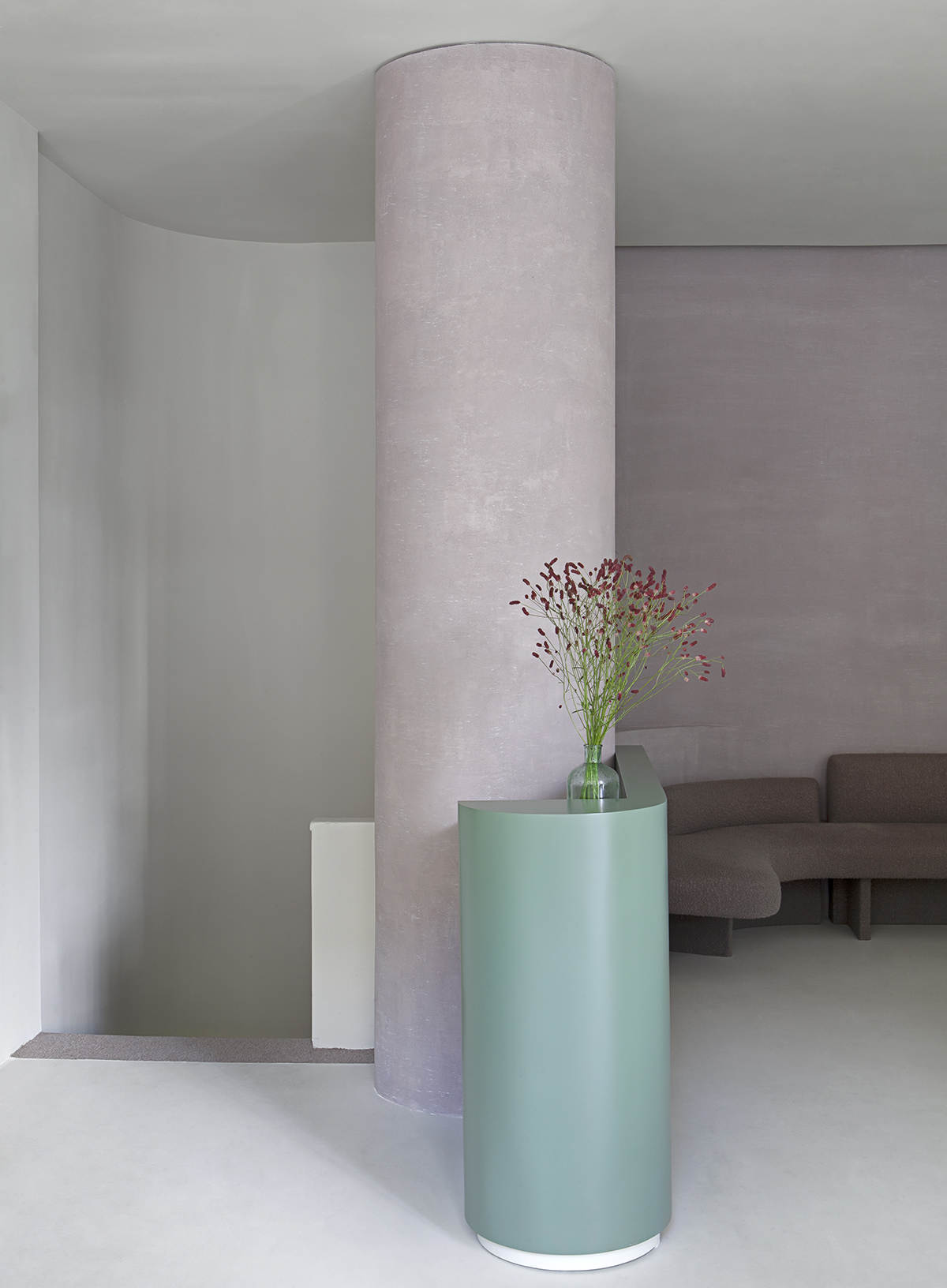 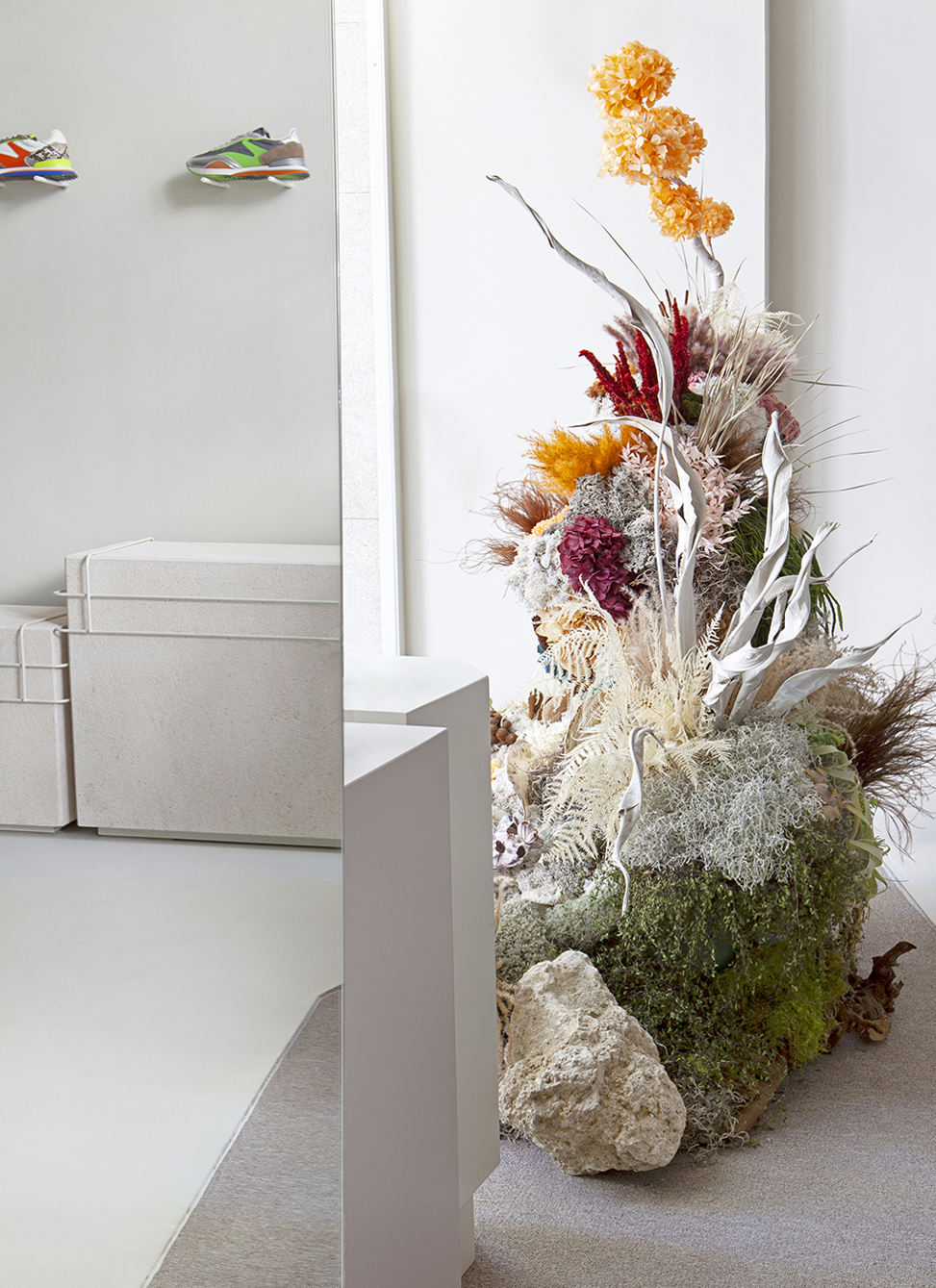 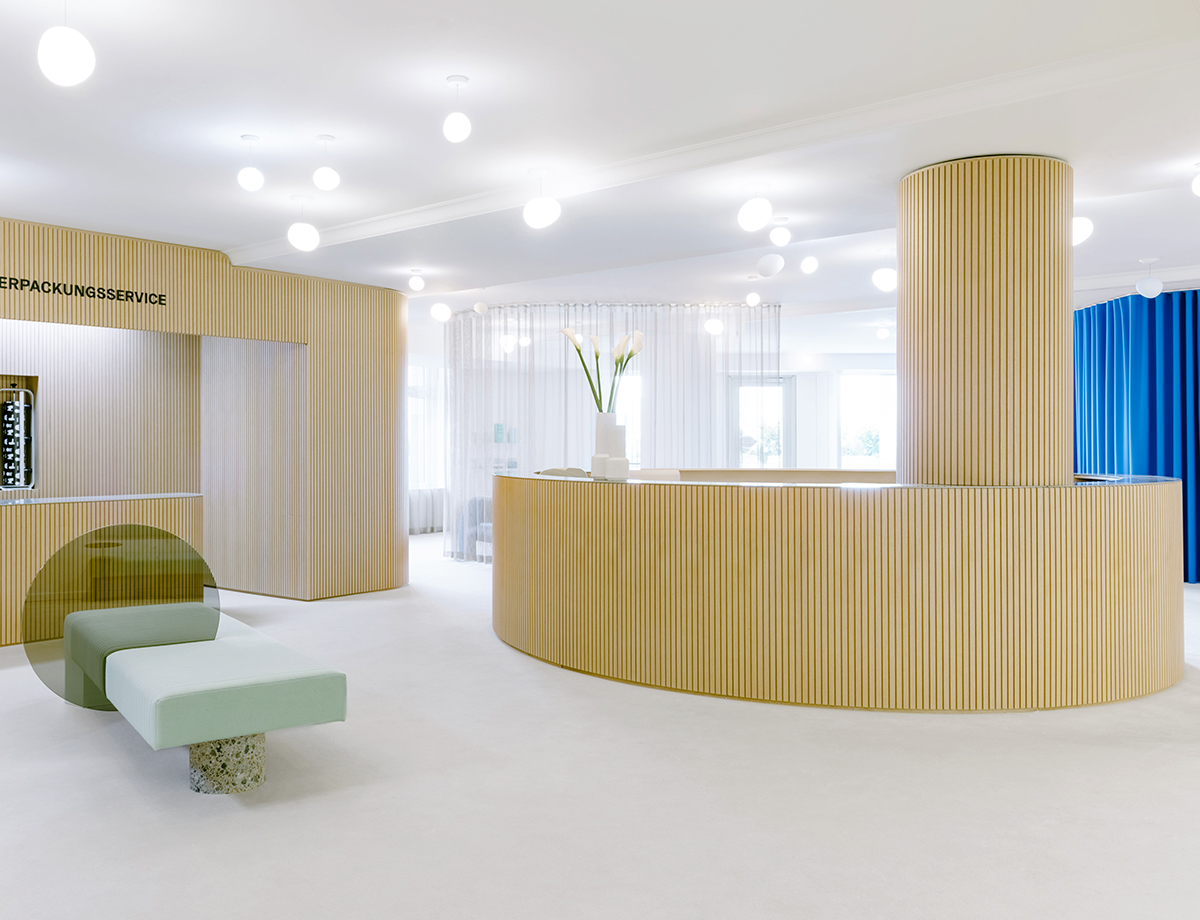 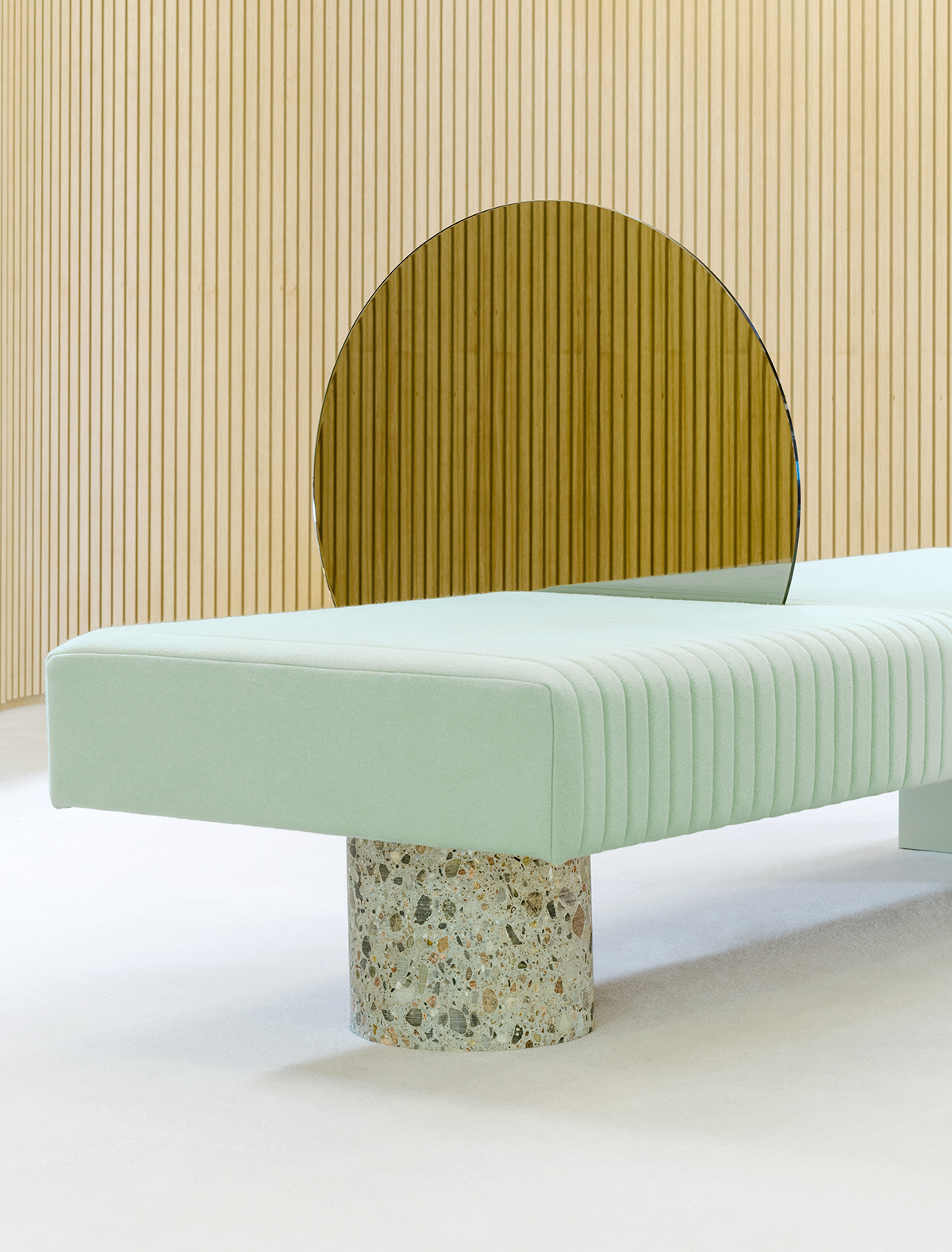 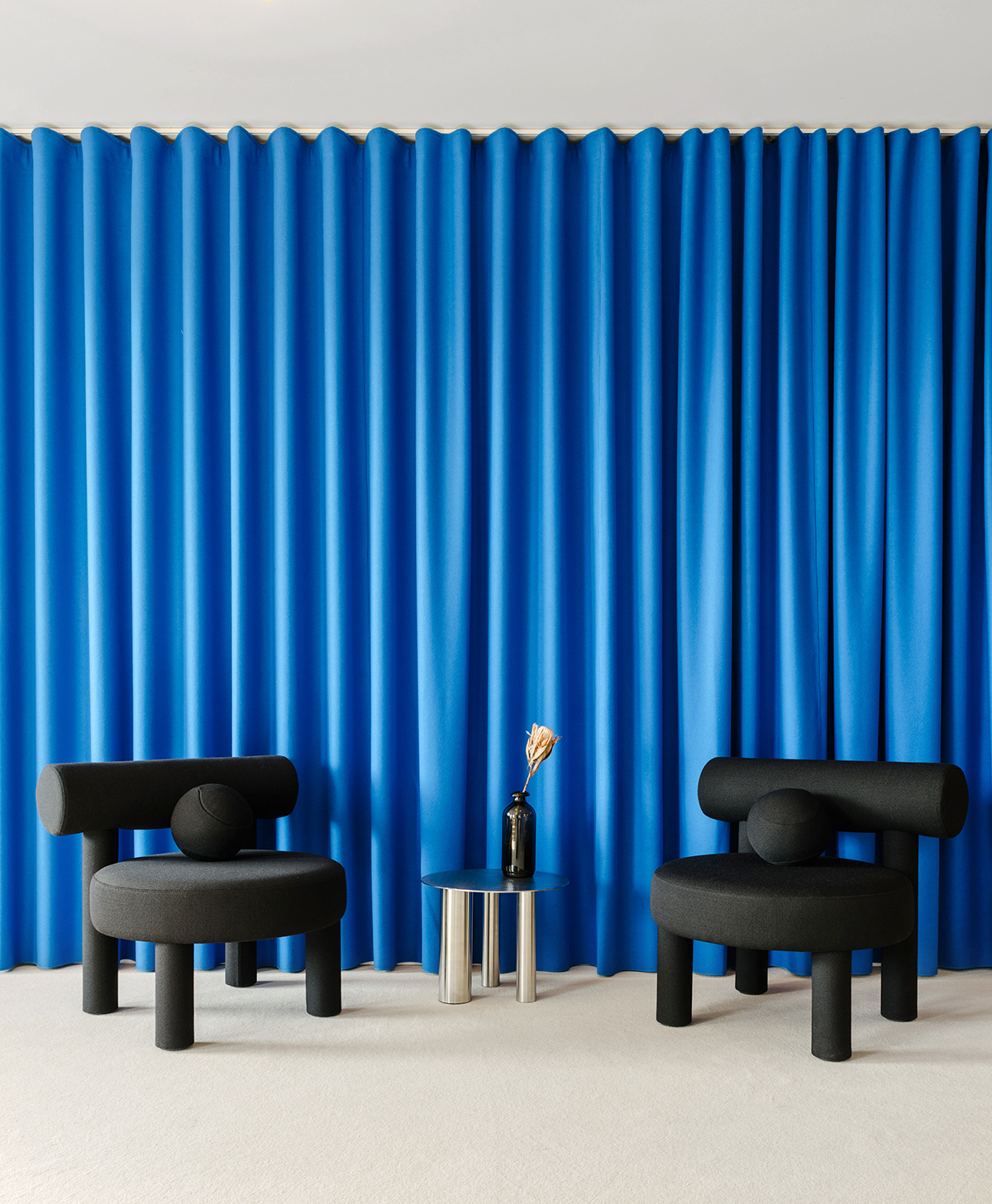 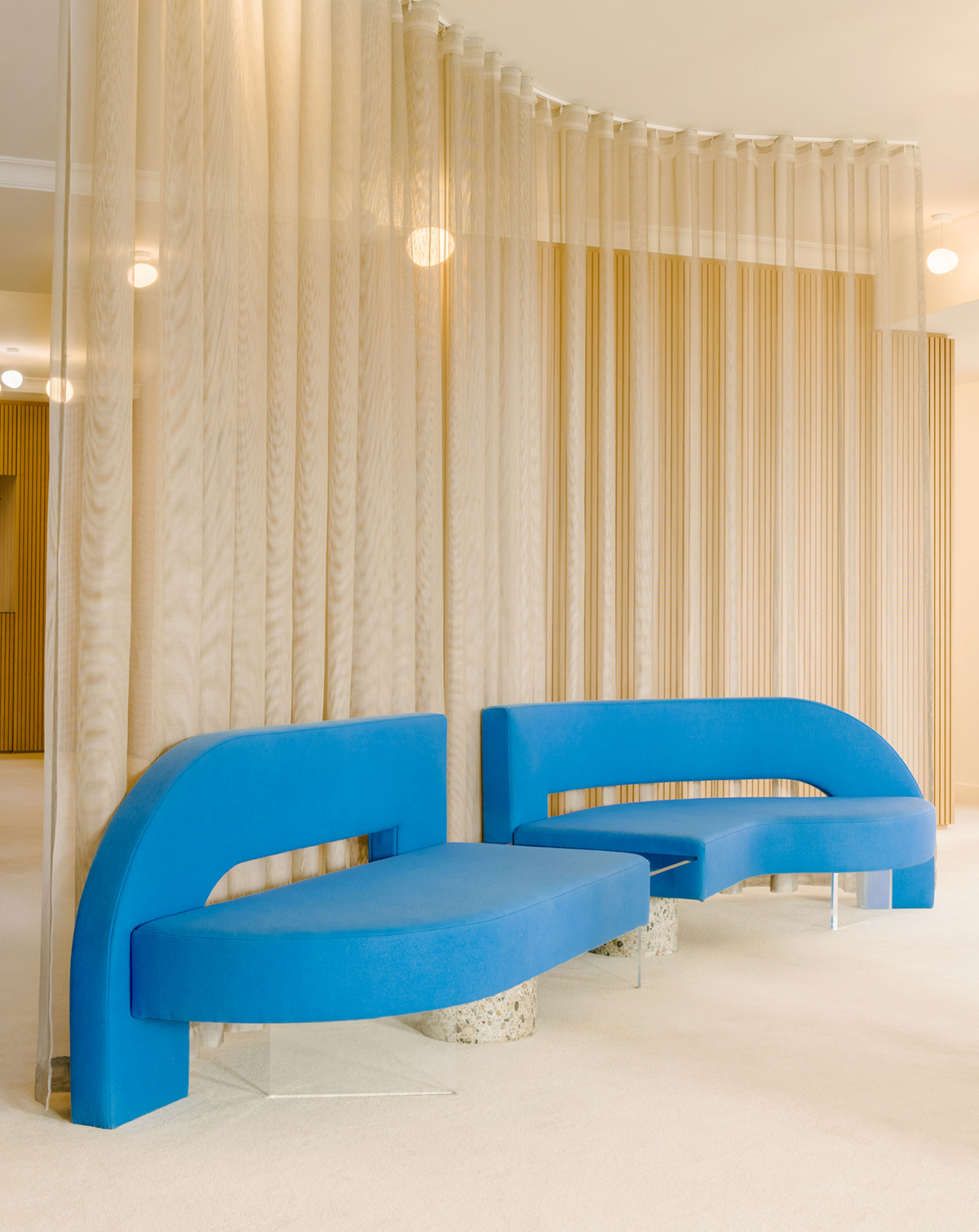 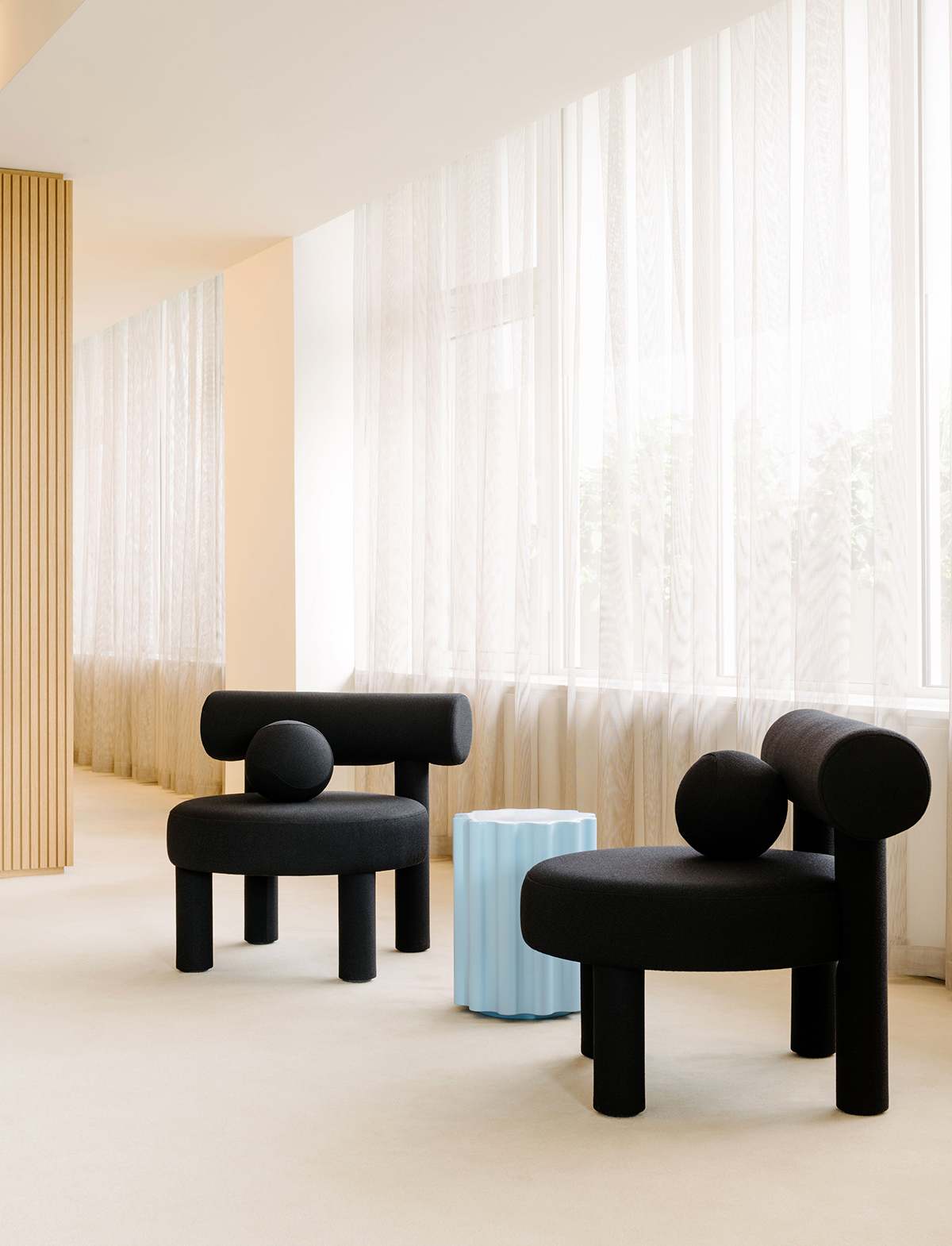 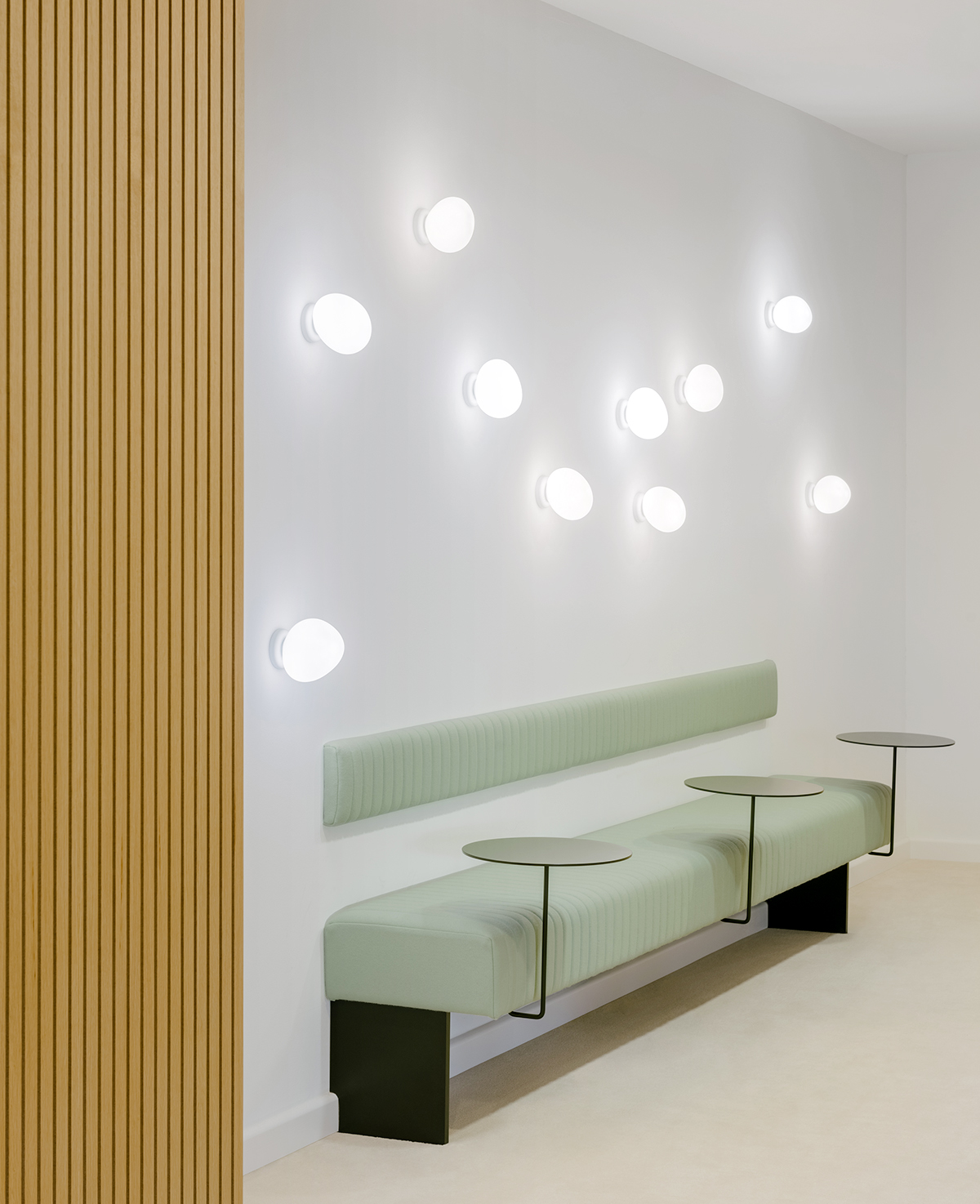 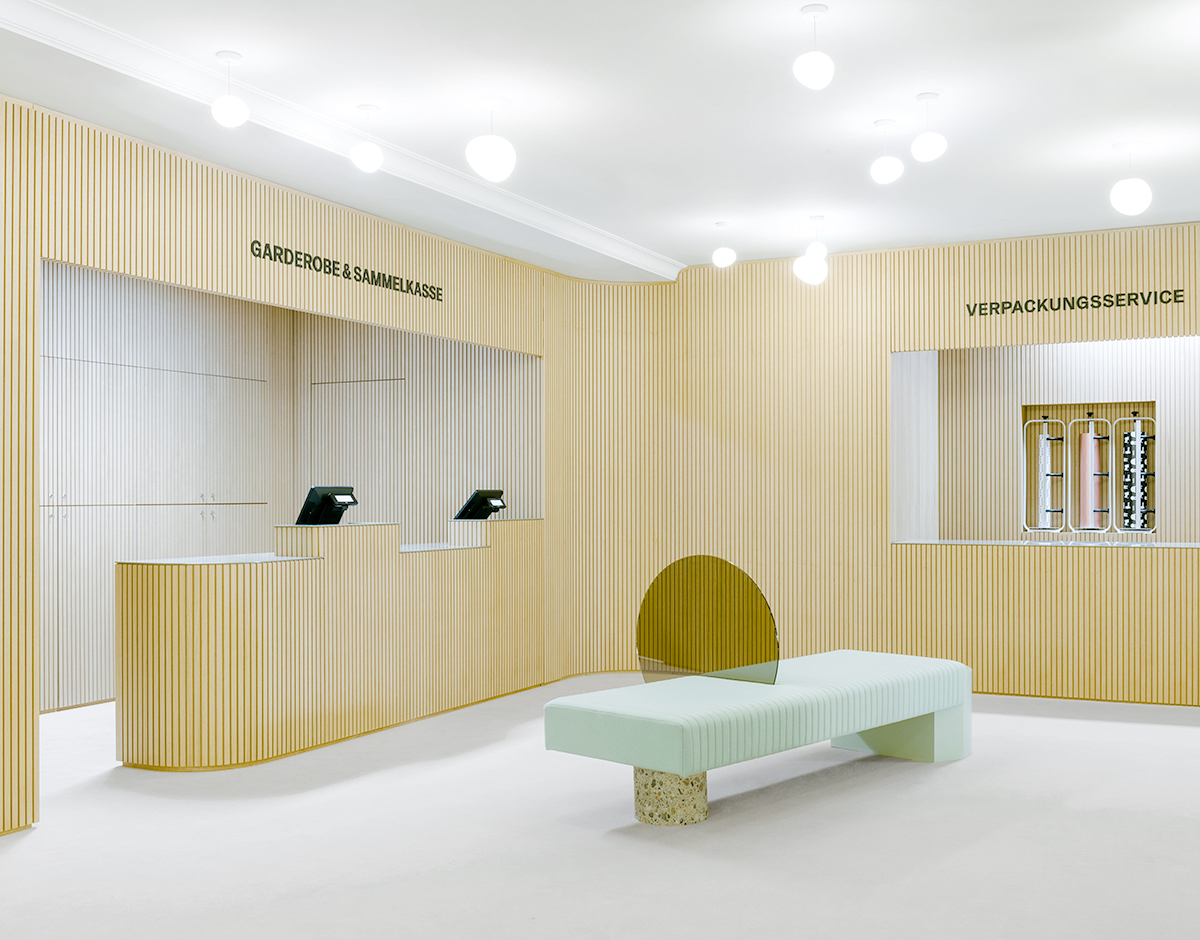 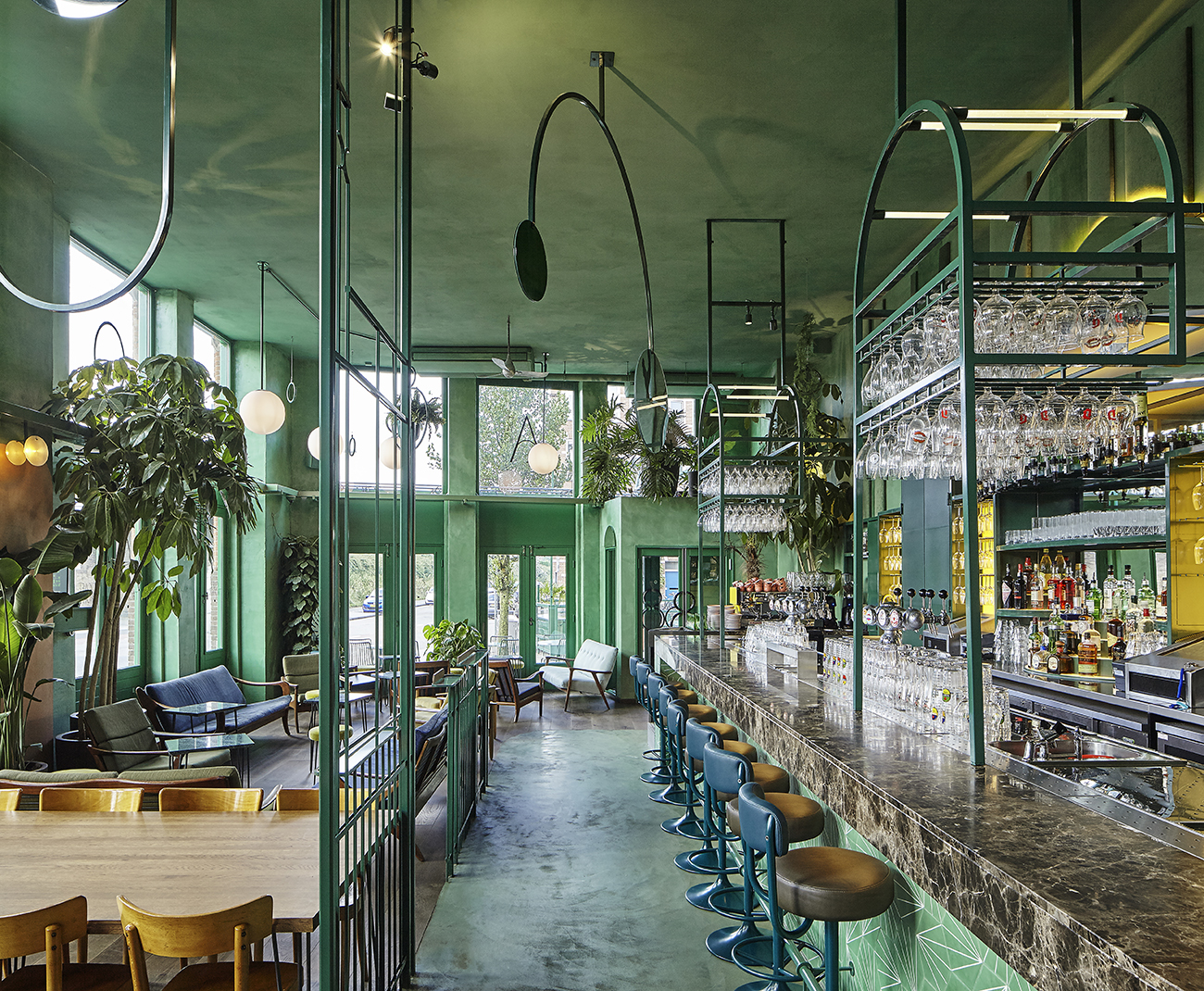 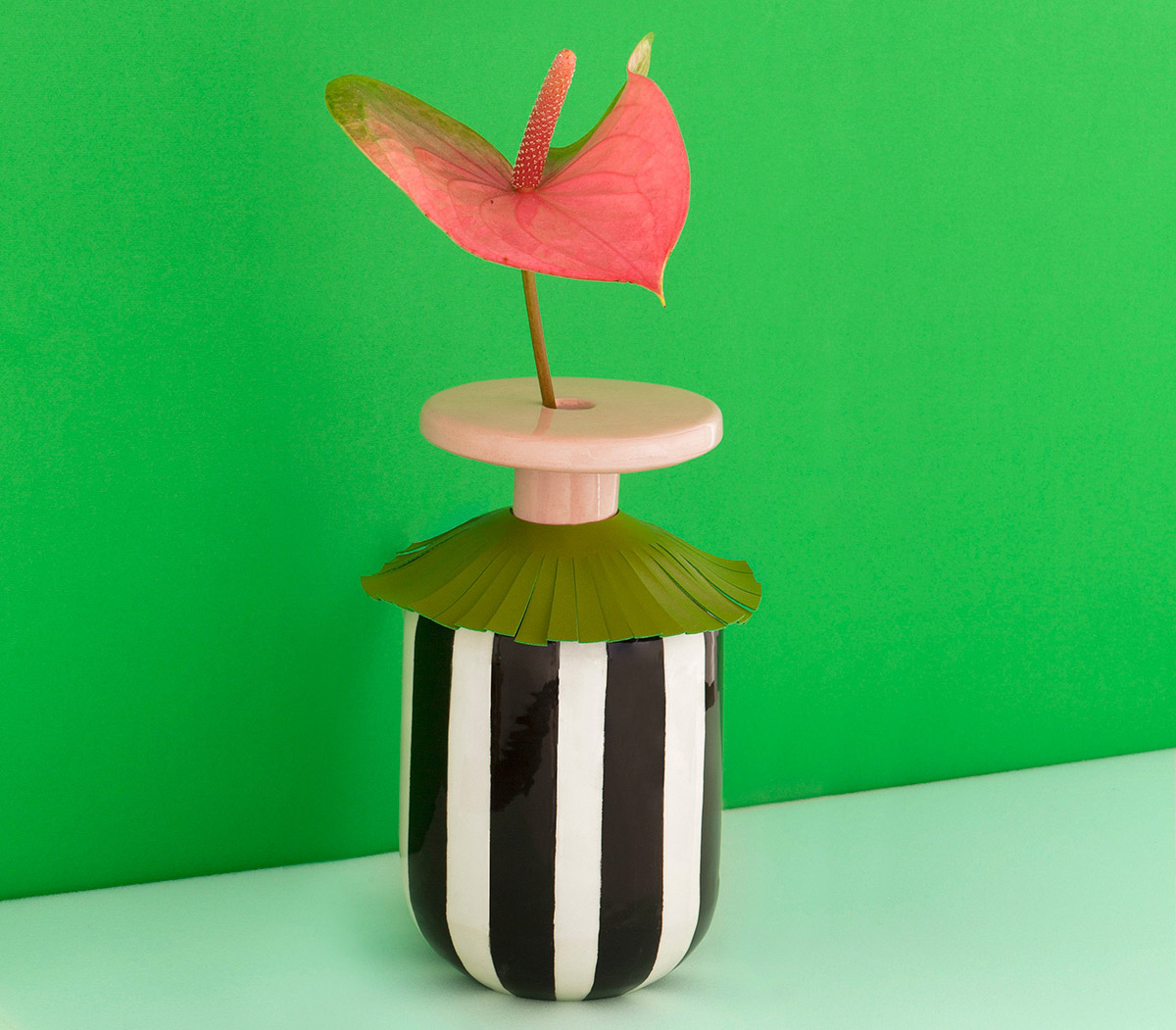 You heard it here first: Fringe is getting mainstreamed in Milan. When we came across VI+M Studio's divisive Cousin Itt-esque lamps last week, we didn't think to much of it, but this week, there's already been Cristina Celestino's new tables for Editions at Spazio Pontaccio and, around the corner from our Airbnb, these sweet collections of vessels and mirrors at the fashion boutique Malìparmi, designed by Serena Confalonieri,
More 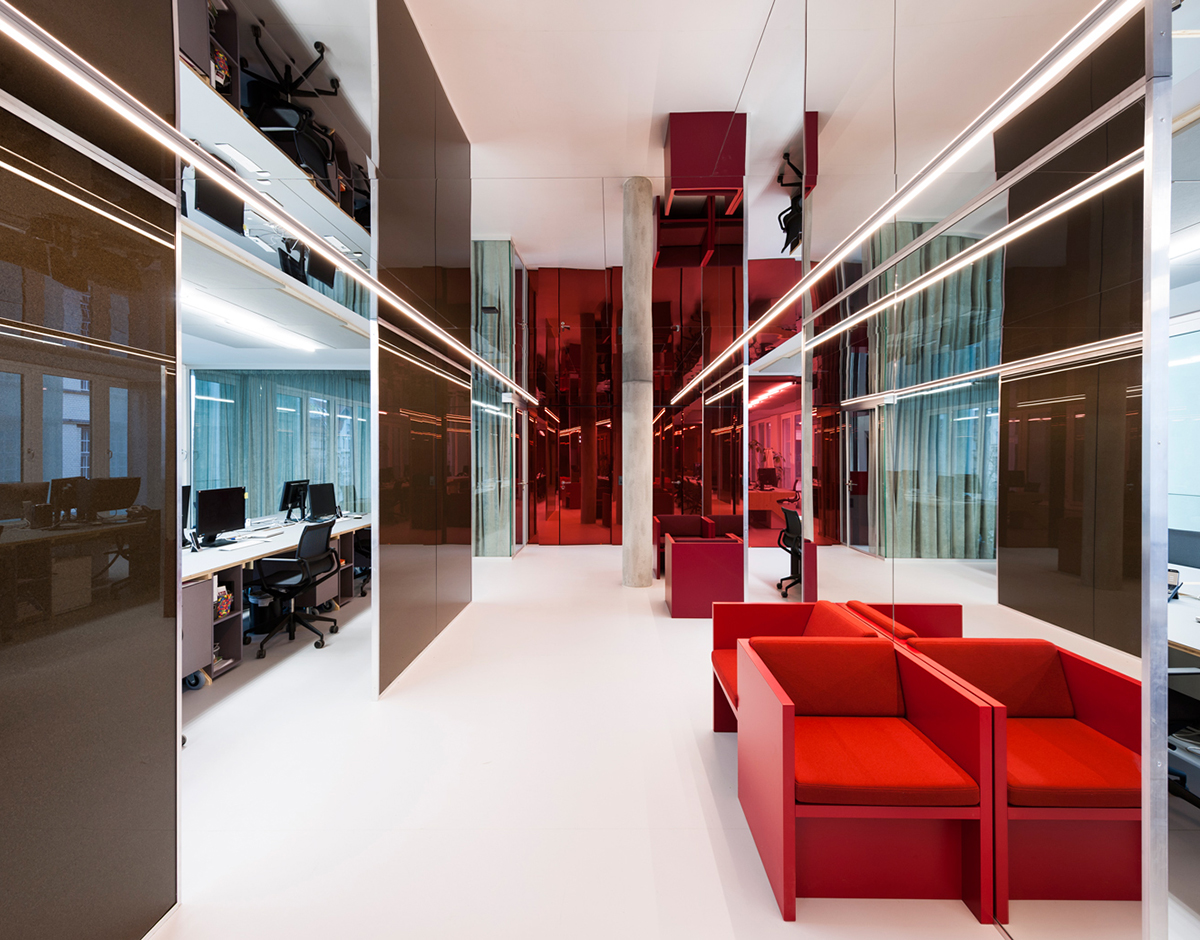 It's not every day that we publish an office interior on Sight Unseen, but it's also not every day that one of our favorite architecture firms turns its attention from designing Andreas Murkudis stores and art galleries to installing giant rainbow mirror walls inside marketing agencies.
More