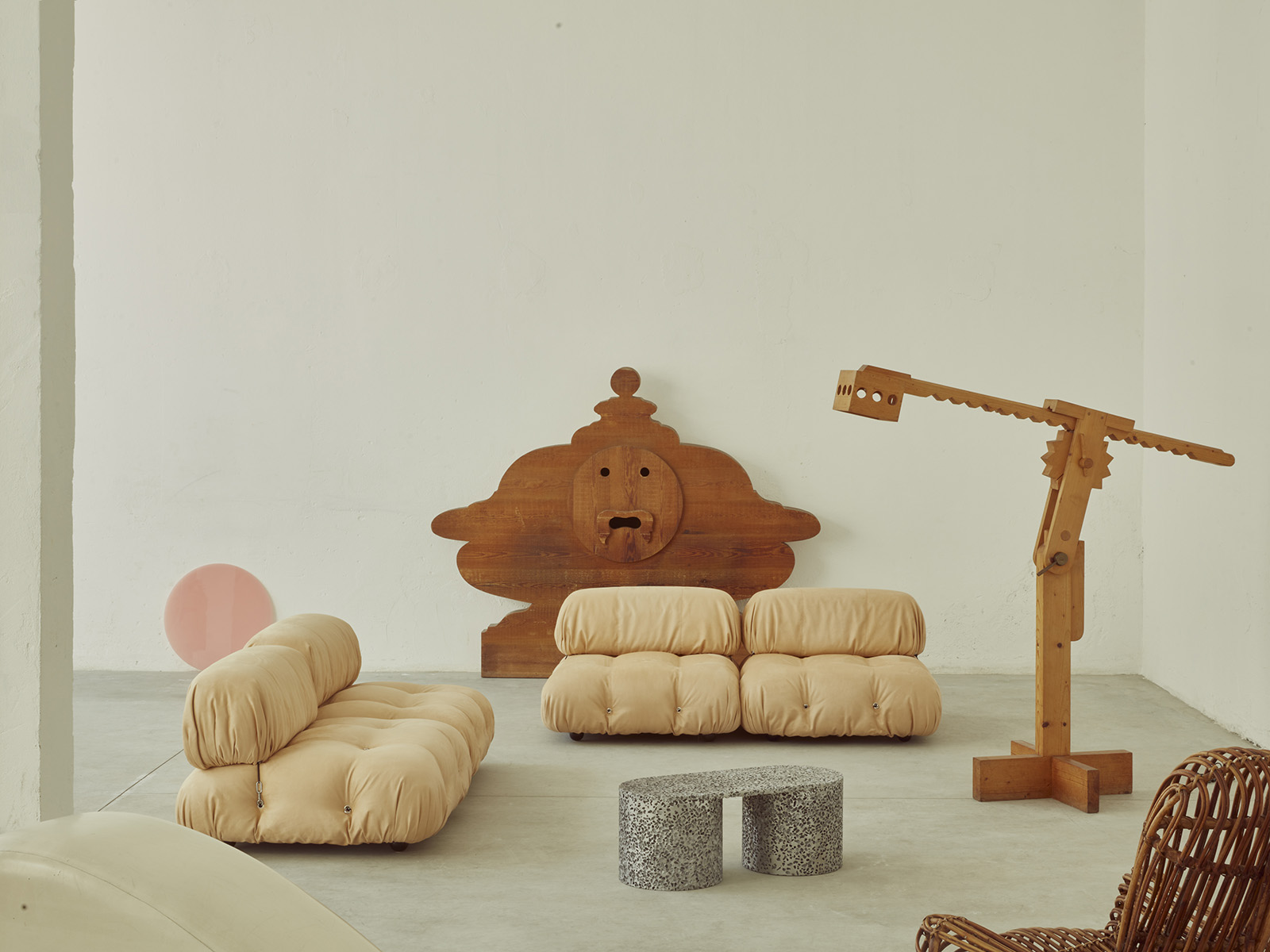 Vaspaar, an Up-and-Coming Digital Design Gallery, Looks at Collecting As an Act of Preservation

For Kaisha Davierwalla and Andrea Grecucci, the Milan-based designers who run the digital gallery Vaspaar, the art of collecting amounts to more than simple acquisition. It’s not merely about possessing a beautiful material object — though Vaspaar offers plenty of those — but an act of preservation. Whether that’s preserving “something from the passing of time, or as a token of memory, a symbolic representation of an era, or the significance of an object and the emotions involved,” they explain, “we look at the act of collecting from both a deeply academic viewpoint and also from how personally we tend to get attached to these pieces.”

As intellectual as they are emotional in their approach, Davierwalla and Grecucci launched their online platform in 2016 to appeal to a younger generation of design collectors, offering the full menu of curatorial advice, authentication, scouting, and restoration services, along with prop rentals for shoots and events. (Davierwalla was raised in Surat, Gujarat, India, in a Zoroastrian community; in ancient Persian “vaspaar” means “the provider of all things”). They’ve specialized in iconic mid- to late-20th- century Italian works from the likes of Gaetano Pesce, Gio Ponti, Franco Albini, Alessandro Mendini, Superstudio, and Ugo La Pietra. Now, in addition to those older finds, Vaspaar is featuring contemporary collectibles — one-of-a-kind pieces and limited editions that currently include a porous aluminum coffee table and two series of sculptural vases designed by Grecucci, who works as part of the Italian design group “Materie Prime” (which translates to “raw material”). For the tabletop vessels, Grecucci went in two divergent but complementary directions: classical cylinders of alabaster from the Volterra area of Tuscany and shiny stainless steel in shapes based on the proportions of the Golden Ratio. With his own works, it’s the “gray area between old and new, industrial and artisanal, light and heavy” that Grecucci finds to be especially generative.

That interplay between past and present is a guiding ethos for both Grecucci and Davierwalla, who are partners in business and life. They’re obsessed with the nuances of individual pieces — they go so far as to call it a “kind of fetish” — while also comprehending the broader context in which those works exist, taking a more holistic and temporal view of things. Consider Davierwalla’s first-ever purchase, which she eventually re-sold: an entire Sessan set by Gianfranco Frattini, including “the huge (really rare to find) three-plus seater, a settee, an armchair, and the coffee table. It still is one of my favorite purchases. Especially because this acquisition marked the beginning of what Vaspaar’s inventory is today,” she says. “If I could go back in time, I would buy it again for sure. I remember walking down the street where it was on display and coming back there for three consecutive days before finally going in to buy it. Andrea and I joke about how we should never have sold any of them, but then again, we had to start somewhere. It’s pretty fascinating to think of how different parts of this set are now in three different corners of the world.” Objects come and objects go, straightforwardly enough. But there’s always that deeper mystery involving where something begins and where it might end up. 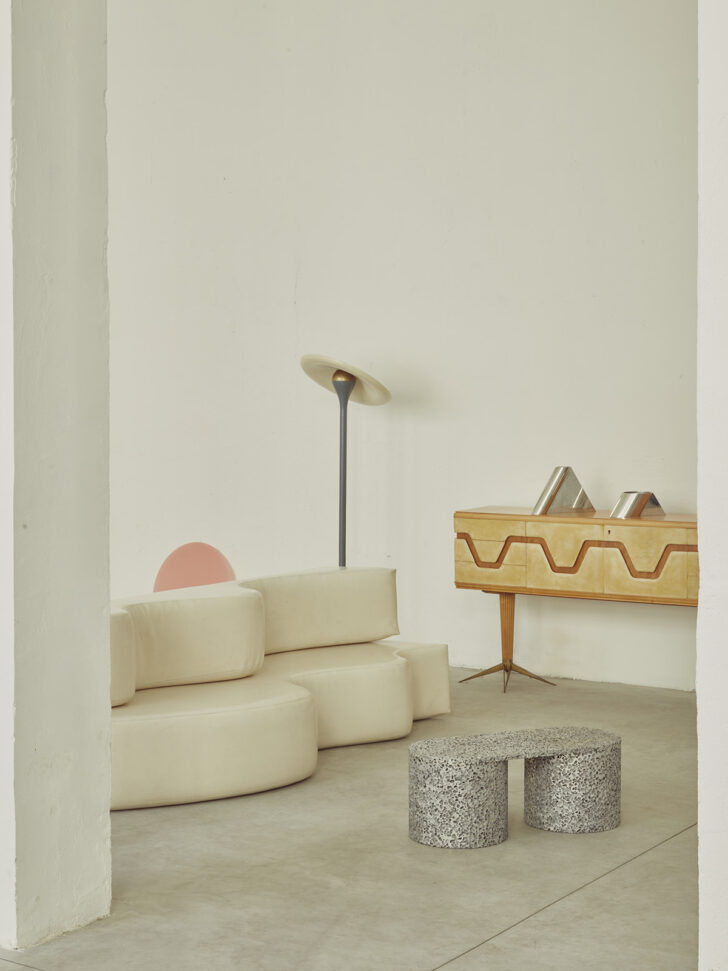 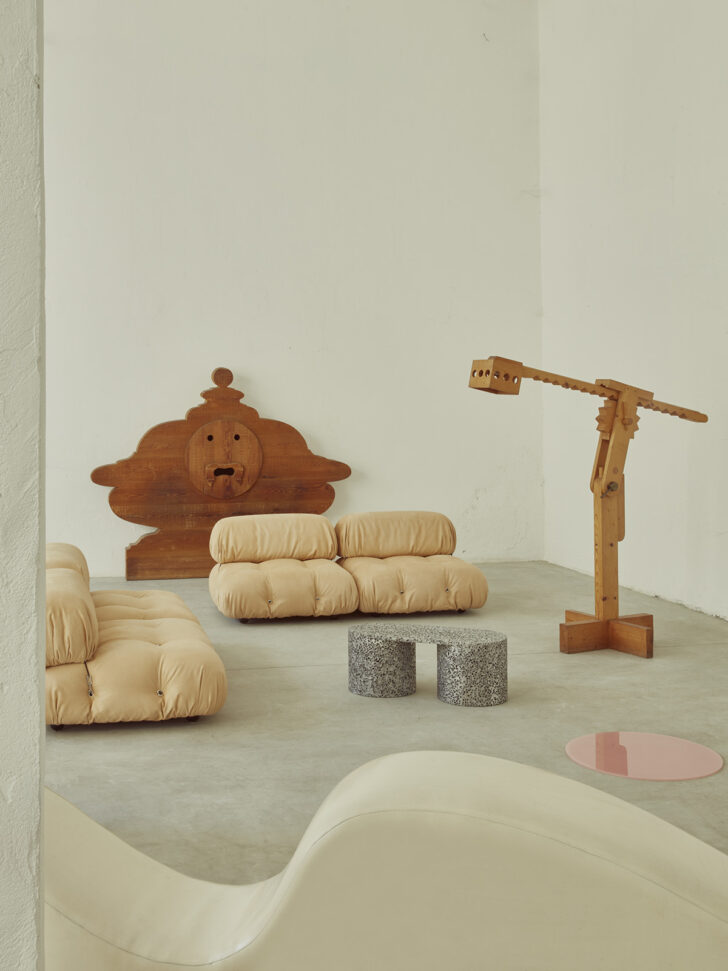 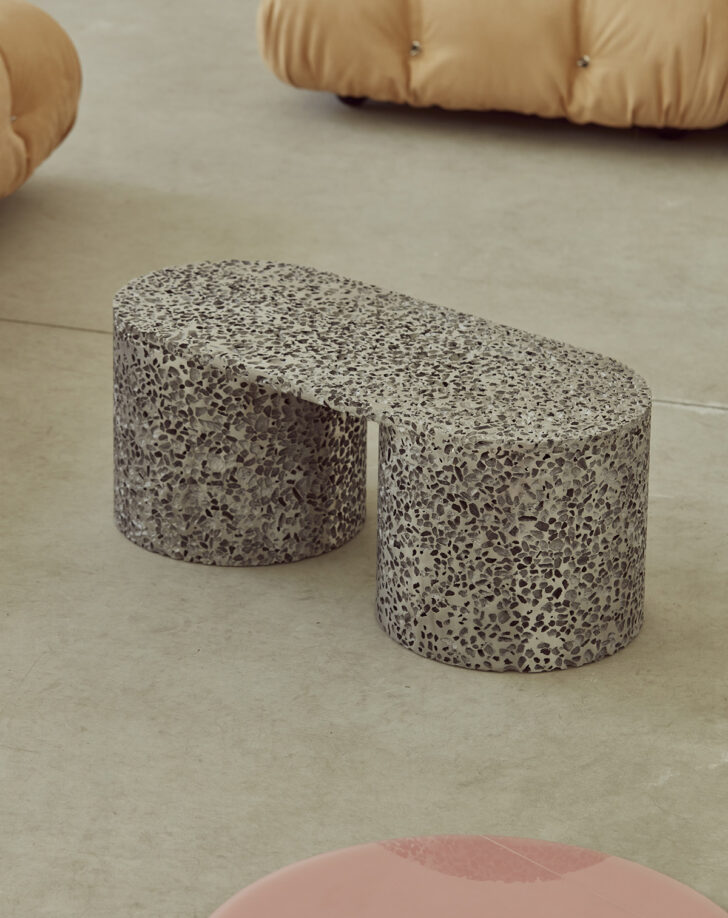 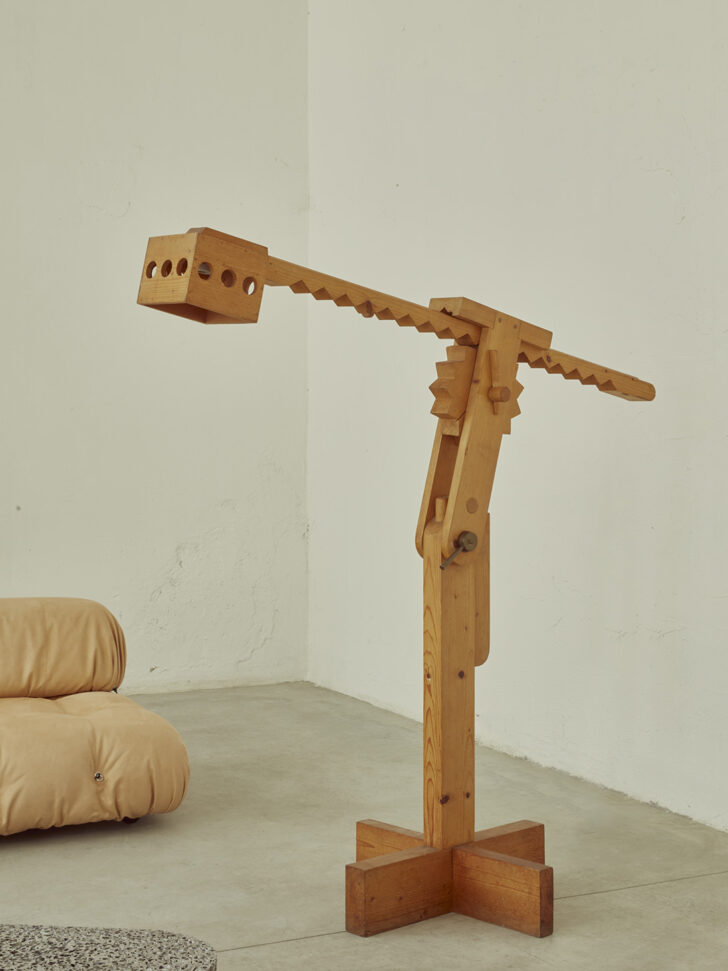 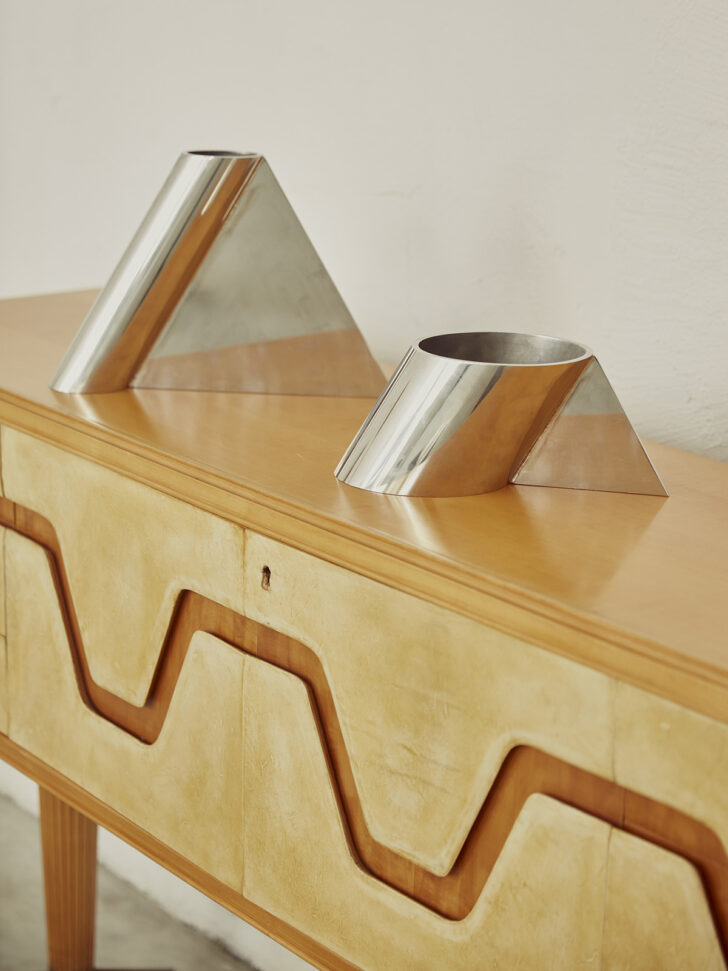 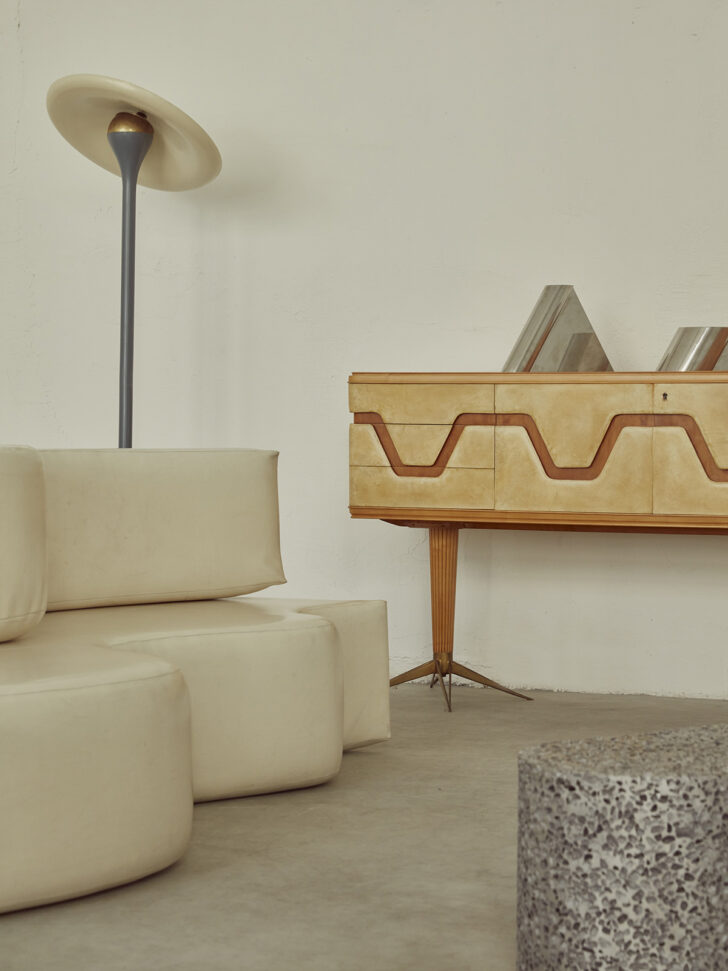 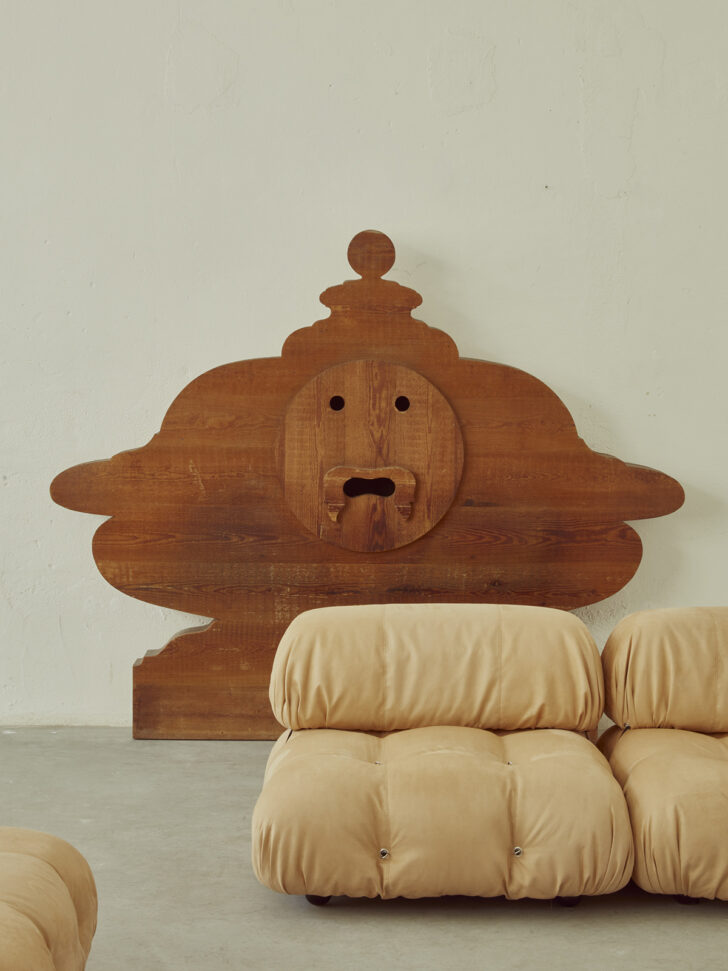 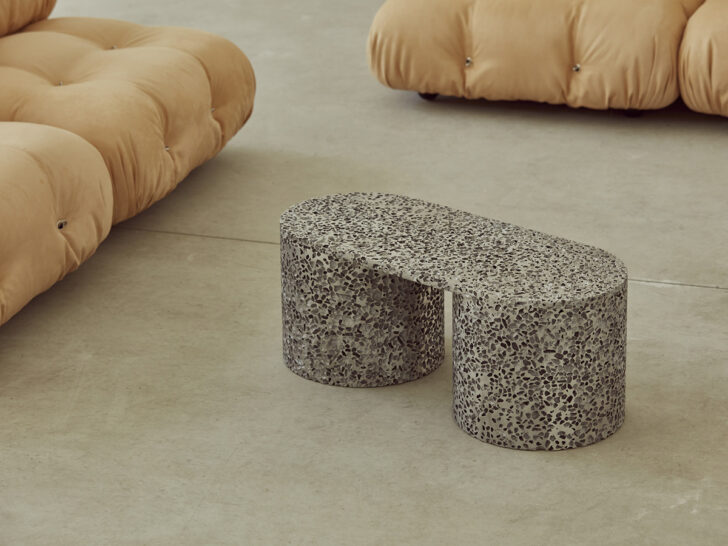 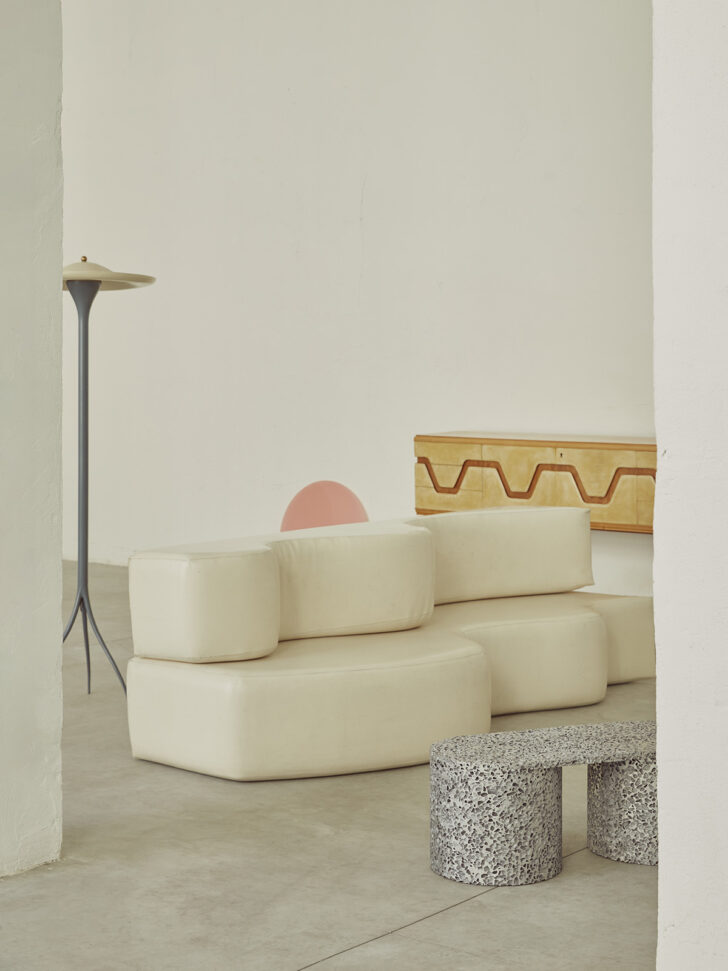 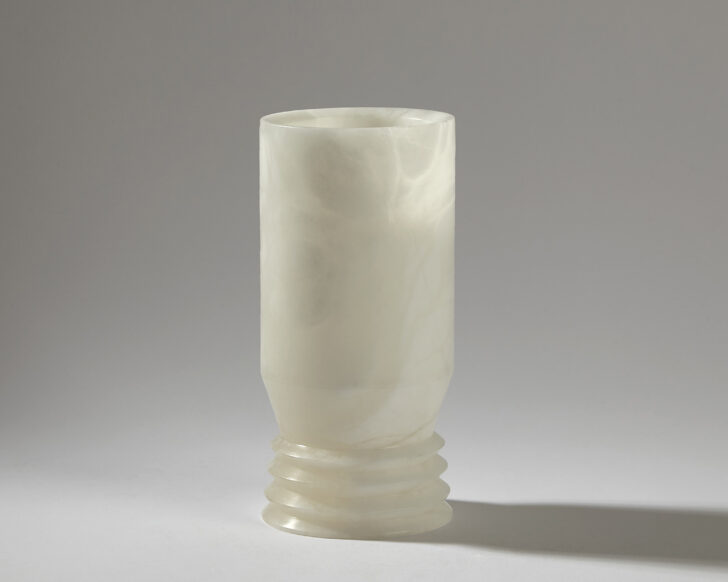 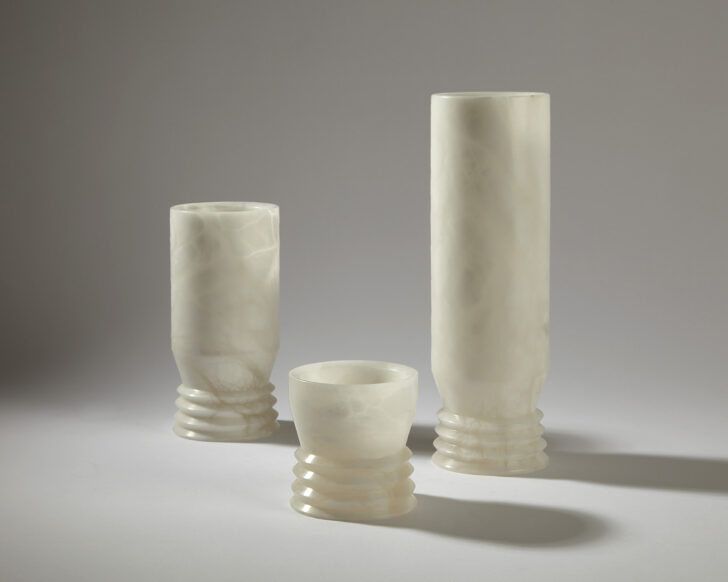 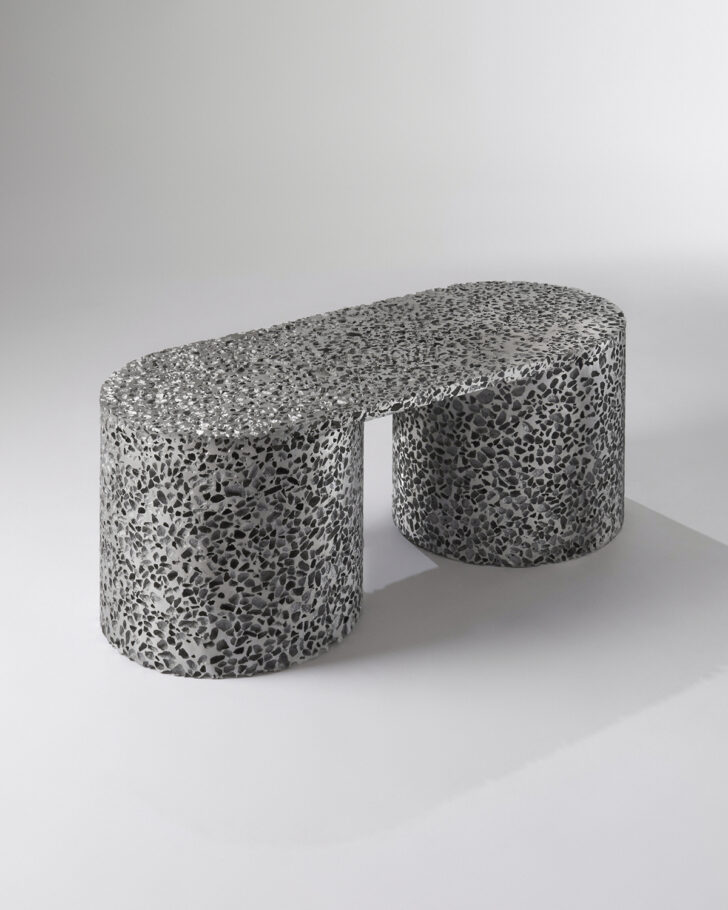 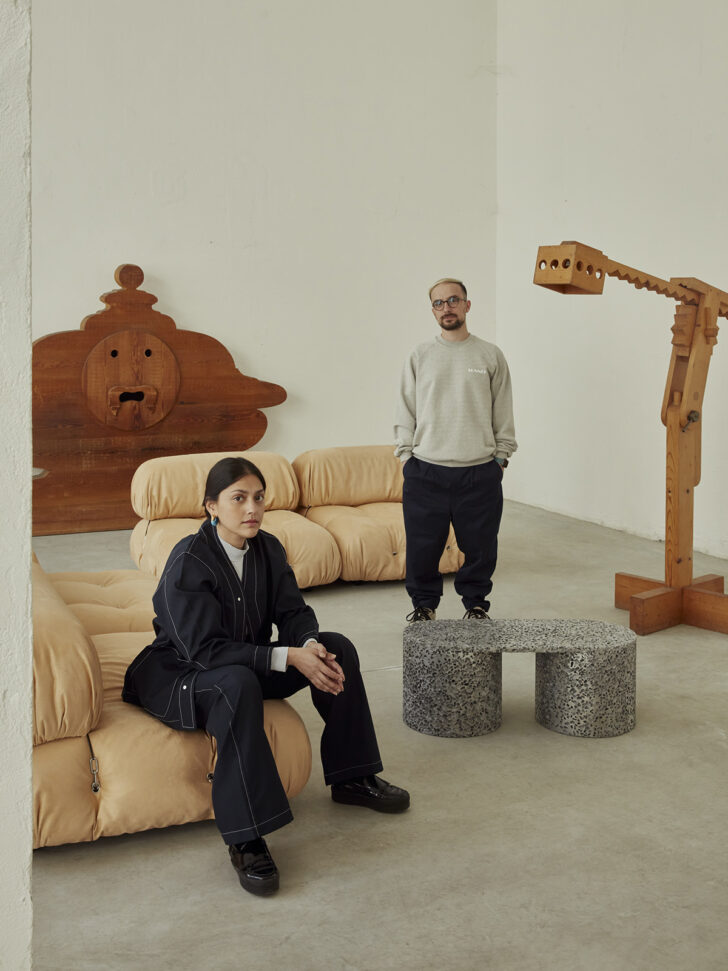 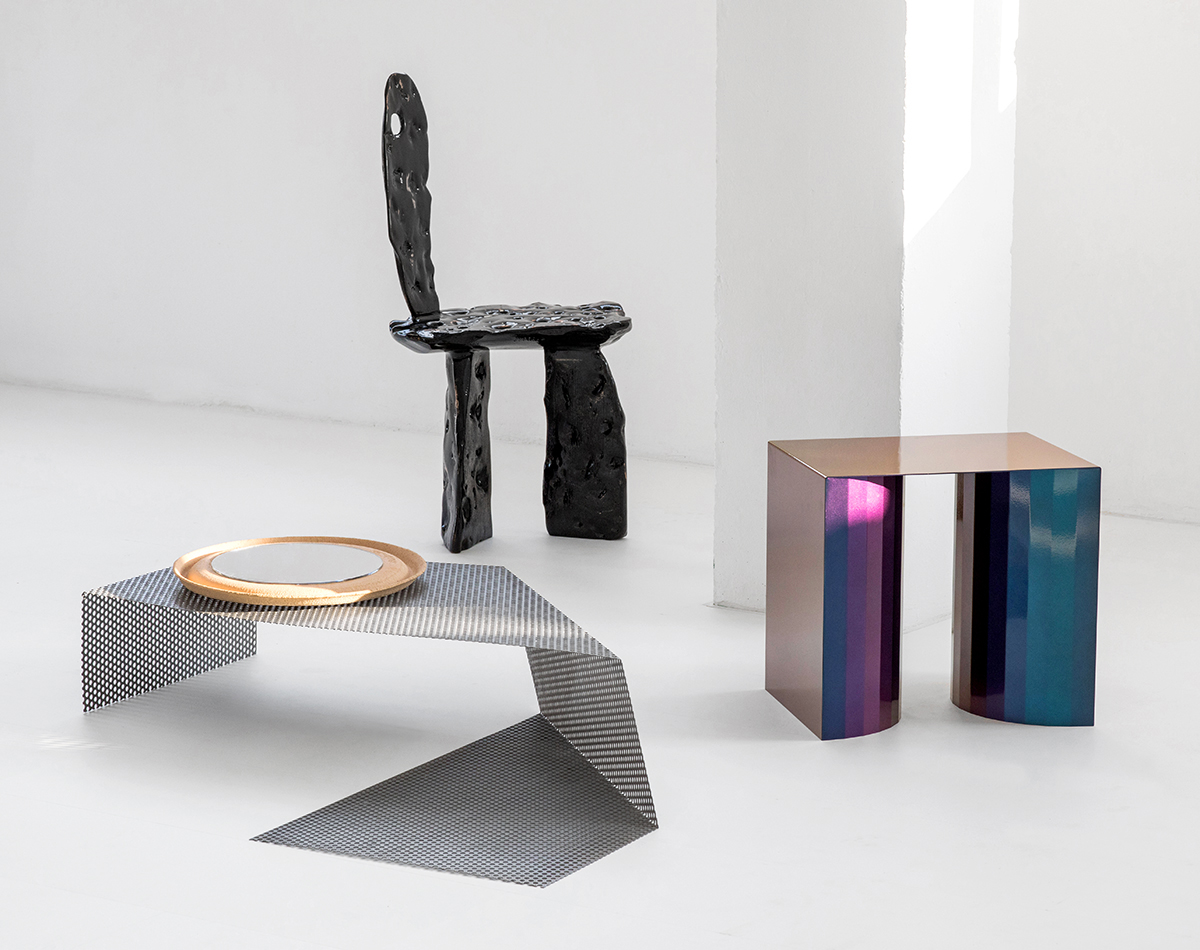 While we here in the States debate whether or not Instagram has destroyed the design show (Spoiler alert: It hasn't), an exhibition in Barcelona recently confronted the issue head-on: For Perception, a group exhibition curated by designer Sanna Völker, no images of the exhibition were allowed to be published before or during the show, "in order for visitors to experience the installation without preconceptions and to allow them to create their own conclusions and impressions."
More 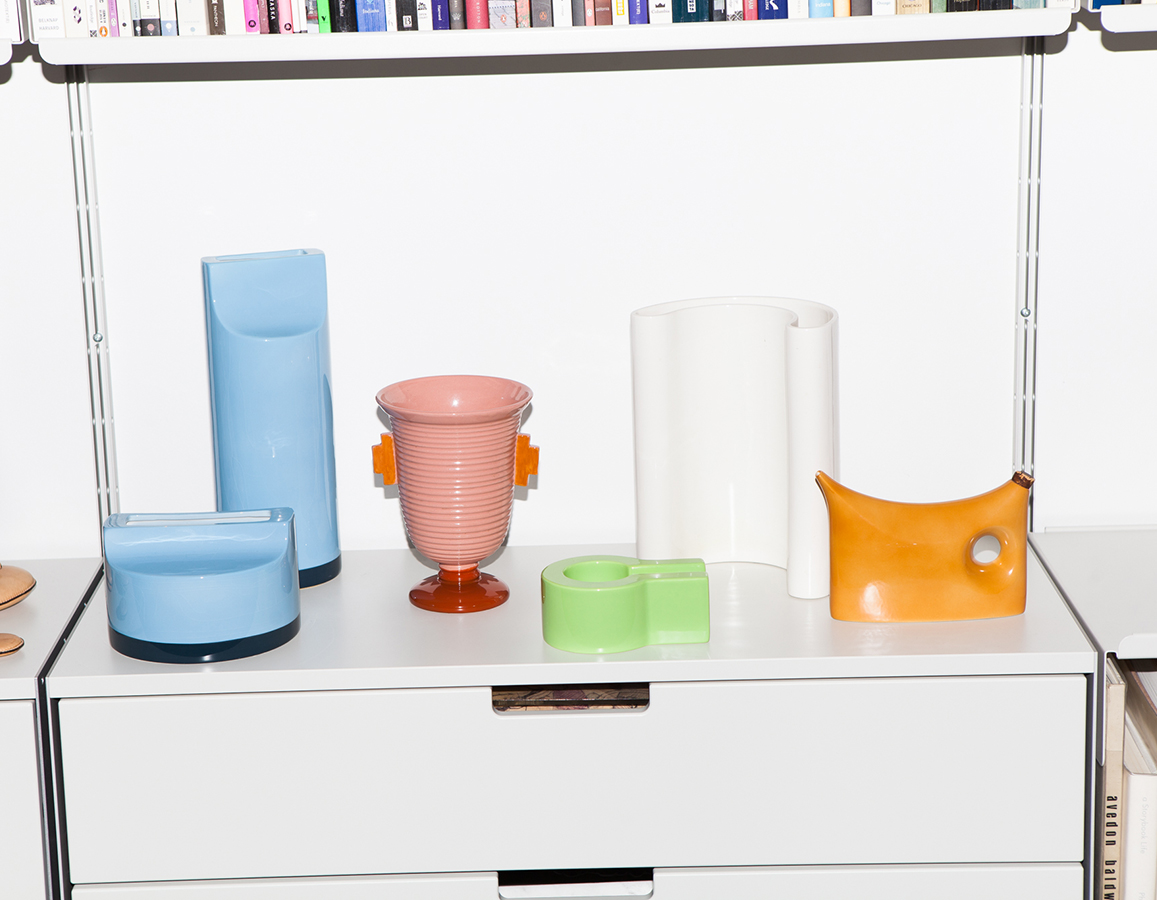 I knew, going in to photograph Table of Contents founder Joe Magliaro's Tribeca loft for a collaboration we’re launching with IKEA to celebrate the Swedish company’s new SAMMANHANG collection, that we’d have plenty of fodder. What I didn’t know was how thoughtfully Magliaro approaches the collecting of objects, and how much those collections will permeate any conversation you have with him about design.
More 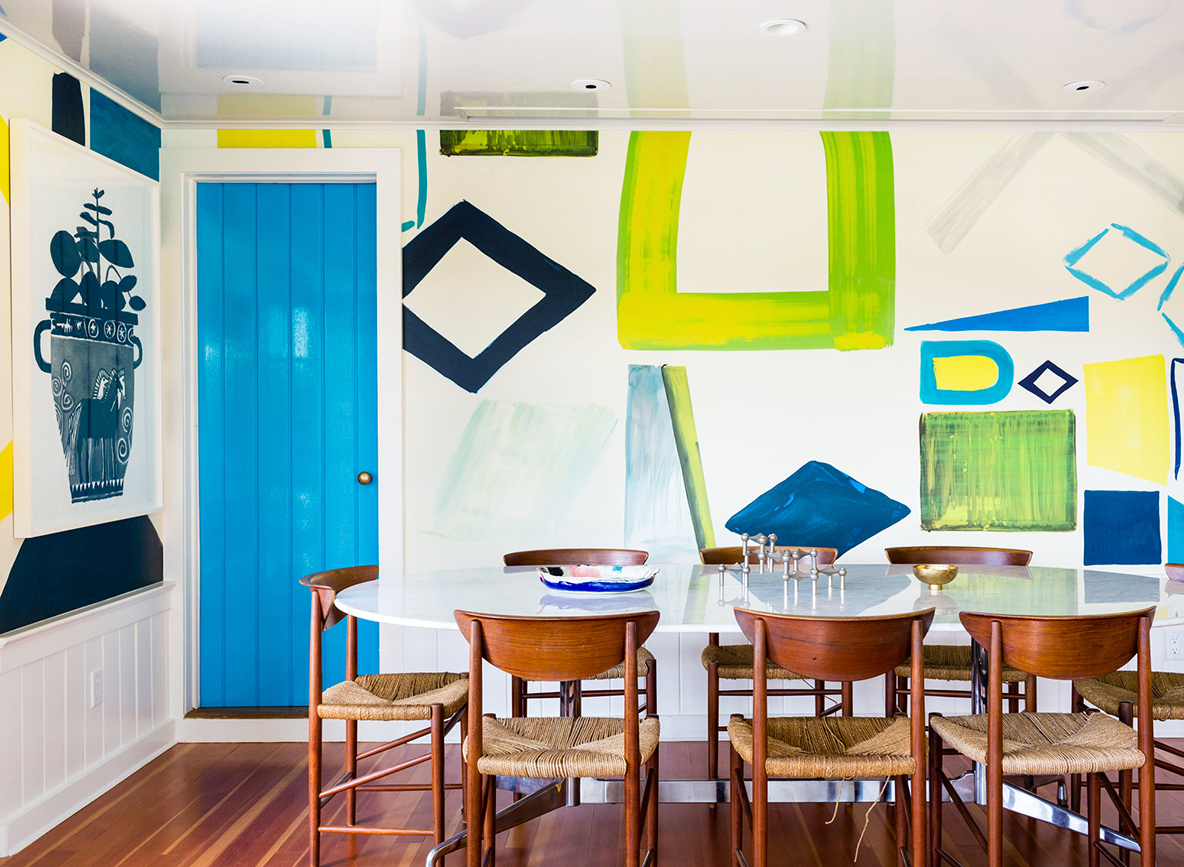 Partners & Spade's Noho storefront closed in 2014, as the brand grew up, evolved, and moved into swankier digs on Lafayette Street. But I was happy to see its spirit alive and well when I walked into Anthony Sperduti's Sag Harbor cottage for the first in an editorial series we're doing with SONOS on the homes of some of New York's most interesting — and influential — creatives. Sperduti's weekend Hamptons house, tucked away in a quiet corner on the Sag Harbor Bay, is our favorite kind of home — the perfect mix of vintage and contemporary art and objects, each with a fascinating story behind its acquisition.
More