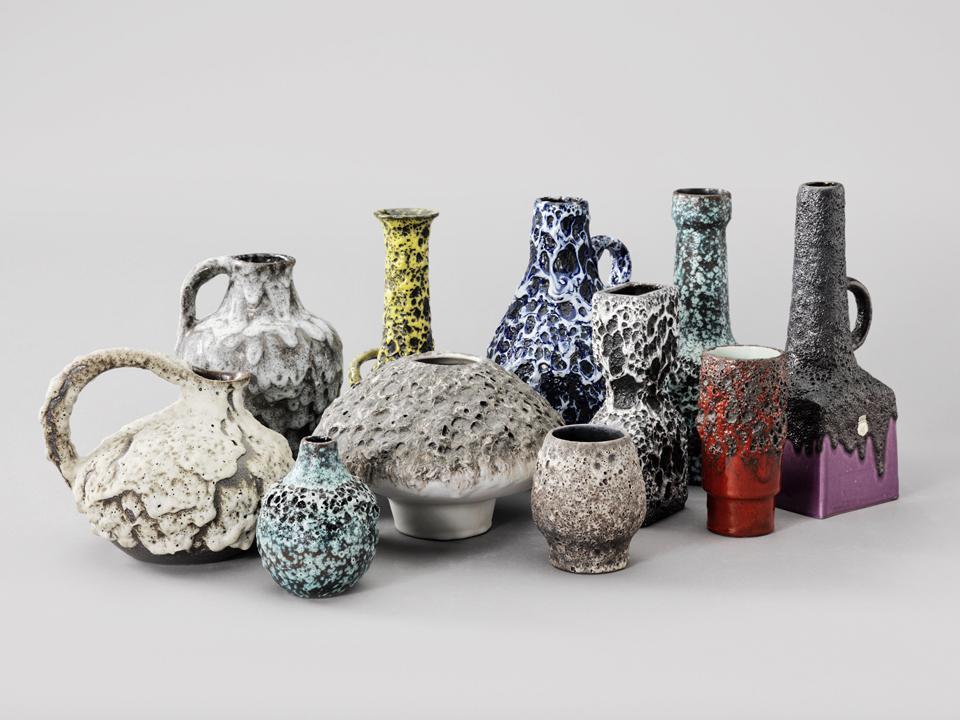 Last week, I read an issue of Apartamento magazine that had been sitting around my house for more than a year. As a reasonably creative person, reading Apartamento is something I profess to do all the time, along with things like attending important museum exhibition openings and flying around the world to various furniture fairs. But lately, with new familial additions and new work projects, those things have fallen by the wayside, and issues of the magazine have stacked up in pretty piles underneath my windowsill, waiting for a vacation that’s too long in coming. And yet if I hadn’t taken as long as I did to read issue number 07, which came out around this time last year, I would never have gone stumbling around the web only to realize that Nicolas Trembley’s wonderful Sgrafo vs Fat Lava exhibition — which started in Geneva last year, making stops along the way at Galerie Kreo in Paris and Gisela Capitain in Cologne —  will end its world tour this June in my own backyard, at the Zachary Currie gallery in New York. In this excerpt from Apartamento, the Parisian art critic and curator explains how his collection of more than 150 instances of the bizarre German ceramics came to be.

It all started like four years ago at one of those Parisian dinners. People, girls in particular, were talking about eBay, explaining how excited they were about buying vintage St. Laurent blouses or modernist furniture on the website. “You’ve never been on eBay?” Sylvie asked me. “No, never,” I replied. OMG, they all were so astonished about it that I really felt I was a bummer. One of them, blowing her cigarette smoke on my face in a very patronizing manner, added, “I wish I could be you, having not discovered it yet. It’s such an addiction, hmmmm…” “Yeah, well girls, good night, I’m tired,” I said.

I went home and started eBay. Through the Collectibles section, I picked a vase in a totally random way. €1.50. Yep, I won it, then forgot about it. When I received the vase in a box from Germany, I thought, “Waow, what is this shit? Looks pretty ugly but interesting, more like a sculpture than a vase.”

And I went back on eBay, bought more vases and started to be interested in German Fat Lava vases (that’s what they’re called) because I had to occupy my boring evenings.

One day in 2006, Florence Bonnefous from Galerie Air de Paris in Paris invited me to participate in an exhibition called Domino with following rule: “The starting point is a work. This work, like a dominoes game, generates different paths. Each work is associated with another work, which follows on. External players propose artworks in relation to specific pieces exhibited in the show…” and so on. I proposed to show a Kerafina, Royal KPM vase that I’d bought on eBay. At the opening, everybody was crazy about the vase, asking me nonstop who the artist was. There was no artist as far as I knew, so it was even ‘coooler’ they thought. Didier Krzentowski from Kreo Gallery told me he loved both the vase and the idea of collecting stuff like that. He added that he’d do a show in his gallery when I had enough vases. I was like, “Oh realllyyy, so cool, yes let’s do that.” When I got home that evening I frenetically bought a lot of vases (didn’t spend more than €25 on any of them). A few years later, I had like 80 vases. I bumped into Didier at an opening at the Museum of Modern Art. “Hey Didier, you know what, I’ve got a lot of vases now, we can do the show!” He looked at me a bit strangely and replied, “What are you talking about?’ Beuh, I was pissed, bye bye dreams… I put all the fucking vases in my office and was a bit disgusted by them. Everybody was always like, “This is so ugly but trendy, it’s great, blablabla.”

Last year, I was invited by the Centre d’Edition Contemporainae in Geneva to propose a show. I said, “Let’s show those vases. I have 150 now. It should be enough, then the story’s over.” The show was a success and even Artforum wrote an article about it. Now the show is going to Frac Champagne-Ardennes in Reims, and we published a little booklet with Jrp-Ringier, with contributions from Ronan Bouroullec. I sent it to Kreo Gallery and Didier called me back. “Nicolas, I told you, when you have enough vases, we can do a show.” The show is scheduled for June.

In a way I still don’t know anything about German ceramics and have always wondered why I went into it so deep (apart from the paradigm exercise on Collecting.) I found the answer recently. I offered a vase to my father for his 70th birthday. When I gave it to him, I was in his office in the French provinces. He opened the box and said, “That’s great. It looks like one of my Raku Asian ceramics.” I was like, “What? What Asian ceramics?” When I looked at the shelves in his office, I saw hundreds of ceramics — a colletcion I’d totally forgotten… 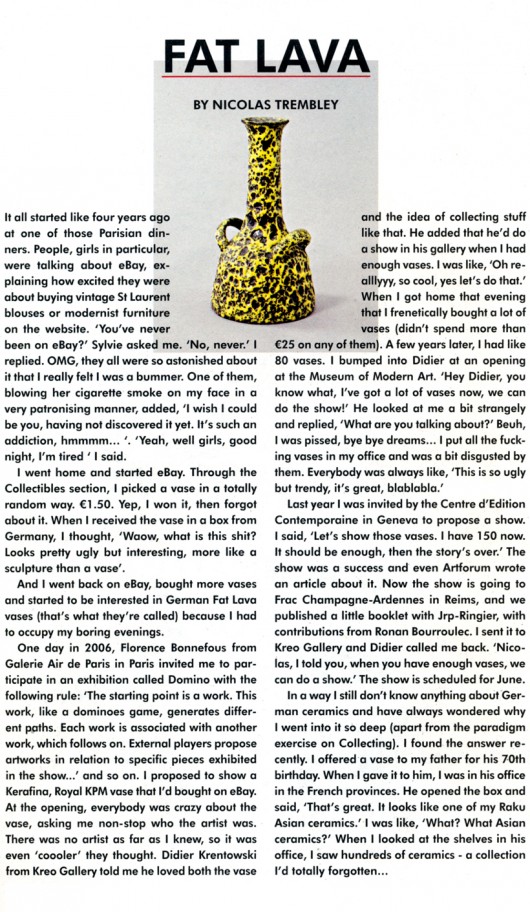 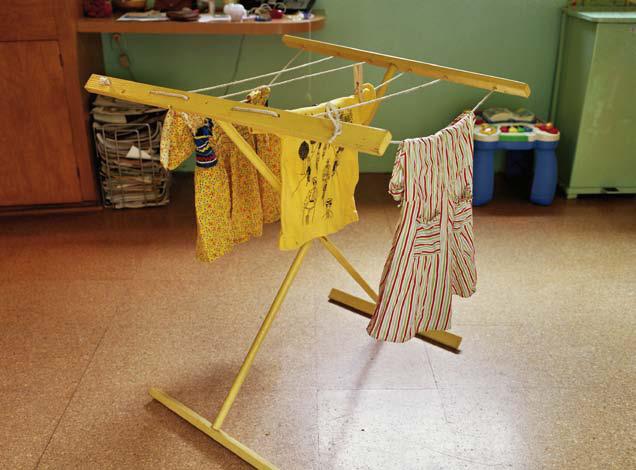 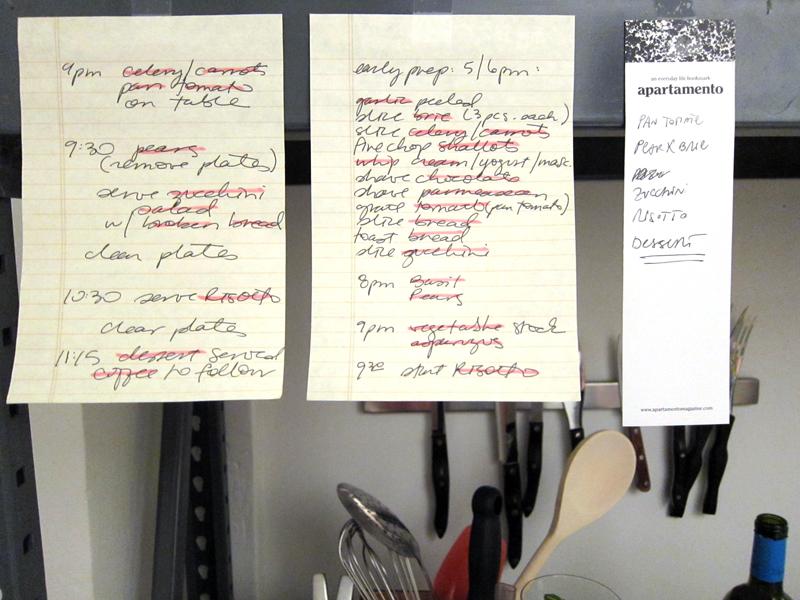 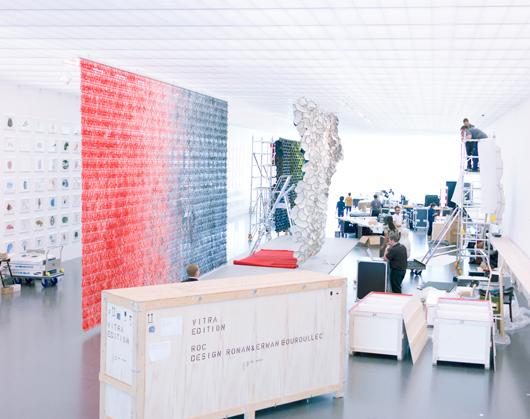