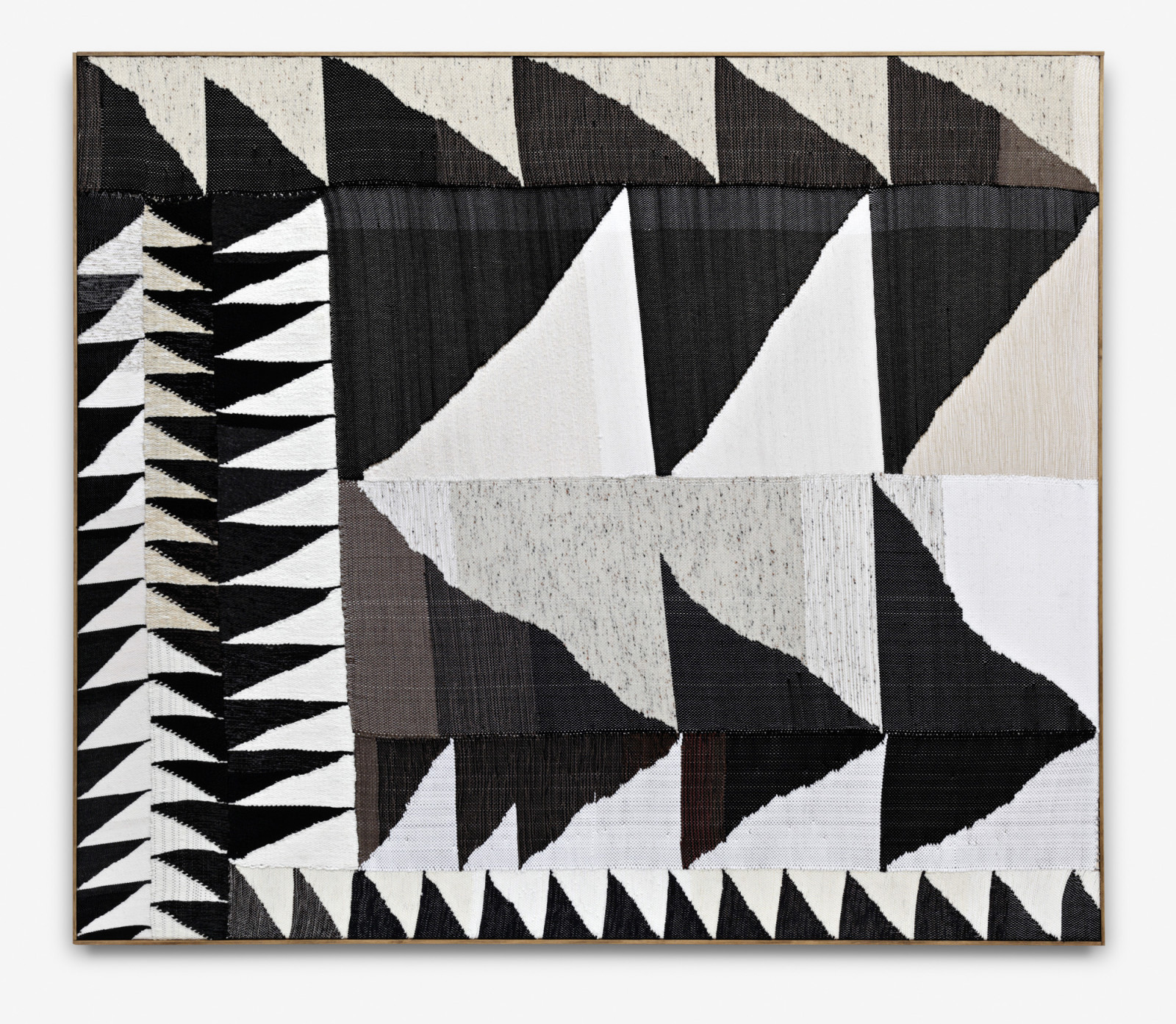 Until three years ago, the Canadian-born, Berlin-based artist Brent Wadden had never touched a weaving loom. He was mostly making paintings and drawings, but because so many of them featured complex repeating geometric patterns, he was constantly told by friends and observers that they’d make amazing textiles. Most fine artists would have shrugged off a suggestion like that, preferring to hew closer to their own oeuvre, but not Wadden — he asked a friend for lessons on a laser-cut loom, and then stuck with it until he was making full-scale tapestries on his own and showing them alongside his other work. The pieces pictured here are part of his new Alignment series, on view starting this Friday at Peres Projects in Berlin.

Says the gallery: “Brent Wadden is part of a group of young artists that have gone against the grain of their own generation and have decided to take their time to make things themselves, in effect rejecting contemporary society’s general state of impatience. While Wadden’s work can be seen as a rejection of Western notions of the immediate, the cheap and of satisfaction, it’s also concerned with the expansion of new forms of painting. In About Time, Wadden delves deeper into his reflections on how to straddle the boundaries between craft, fine arts as well as interior design.” Wadden was kind enough to take some time out of his weekend to answer a few questions for us about the show, and about his explorations into the realm of craft in general. 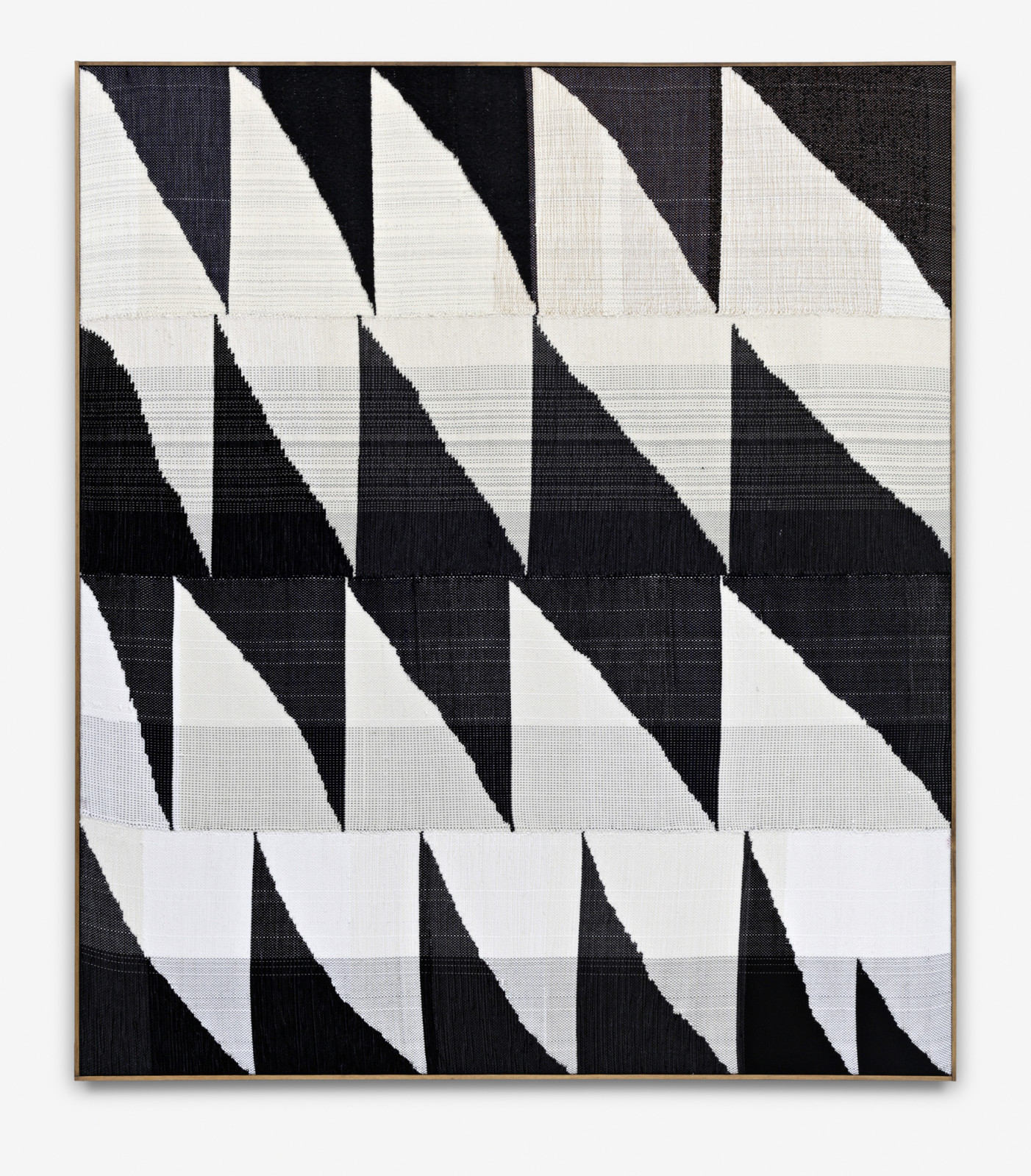 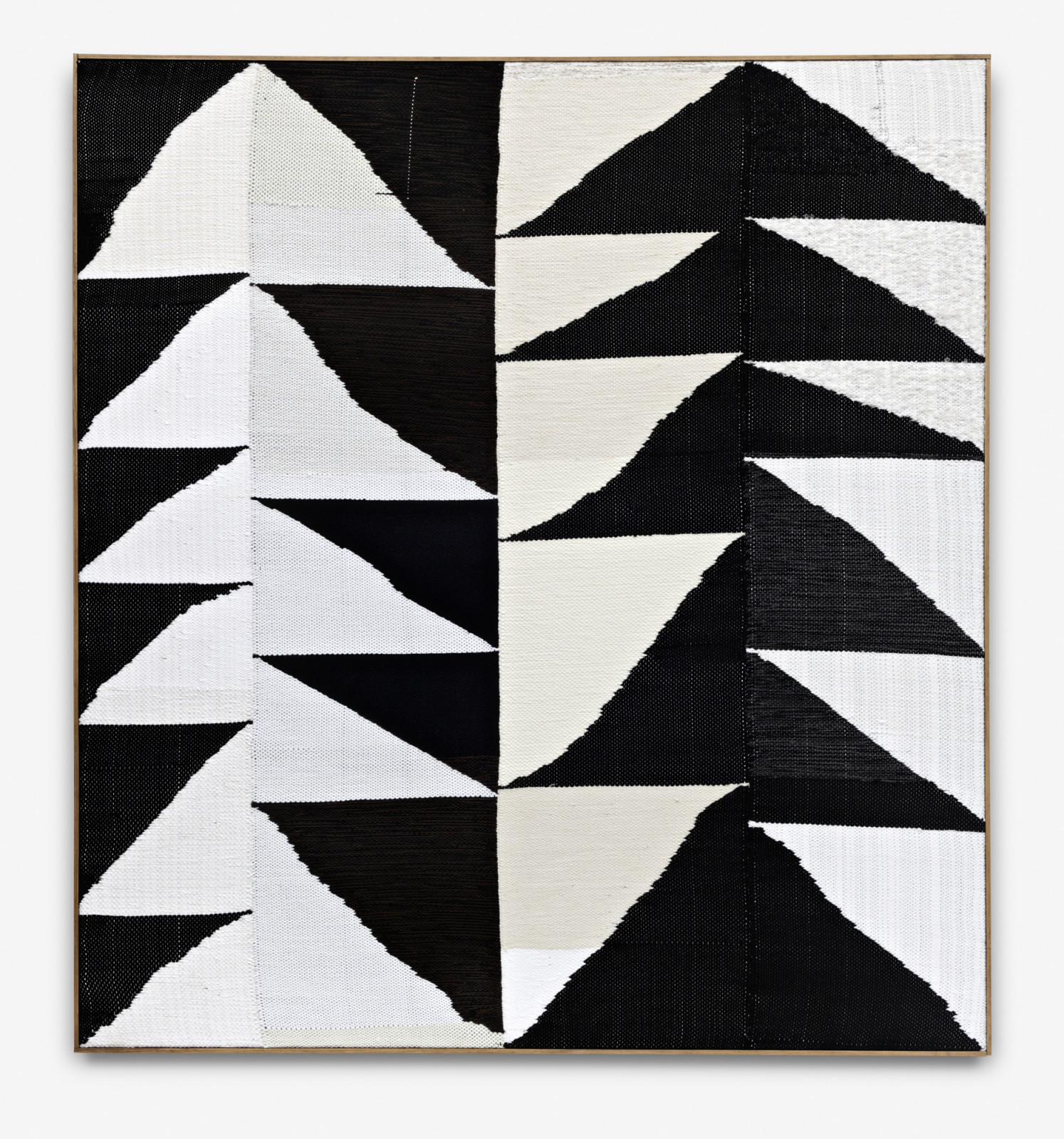 You’ve been making weavings for a couple years now. Can you tell me a bit about the technique and tools you use?

My tools and techniques are all very basic. I’ve had no formal training in weaving so there ends up being a lot of trial and error that occur which I tend to figure out as the problems arise. It really helps having low to no expectations and just accepting that its going to look fucked up in some beautiful way. I’ve almost exclusively been working on a backstrap loom, which means I spend a lot of time sitting on my living room floor. I have a few different sized rigid heddles that I can switch between so that offers some variations in width, as well as the density of the warp. Each piece is usually around 6 to 7 feet in length, mostly because that’s the size of my kitchen table, which I’ve been using to set the warp length. 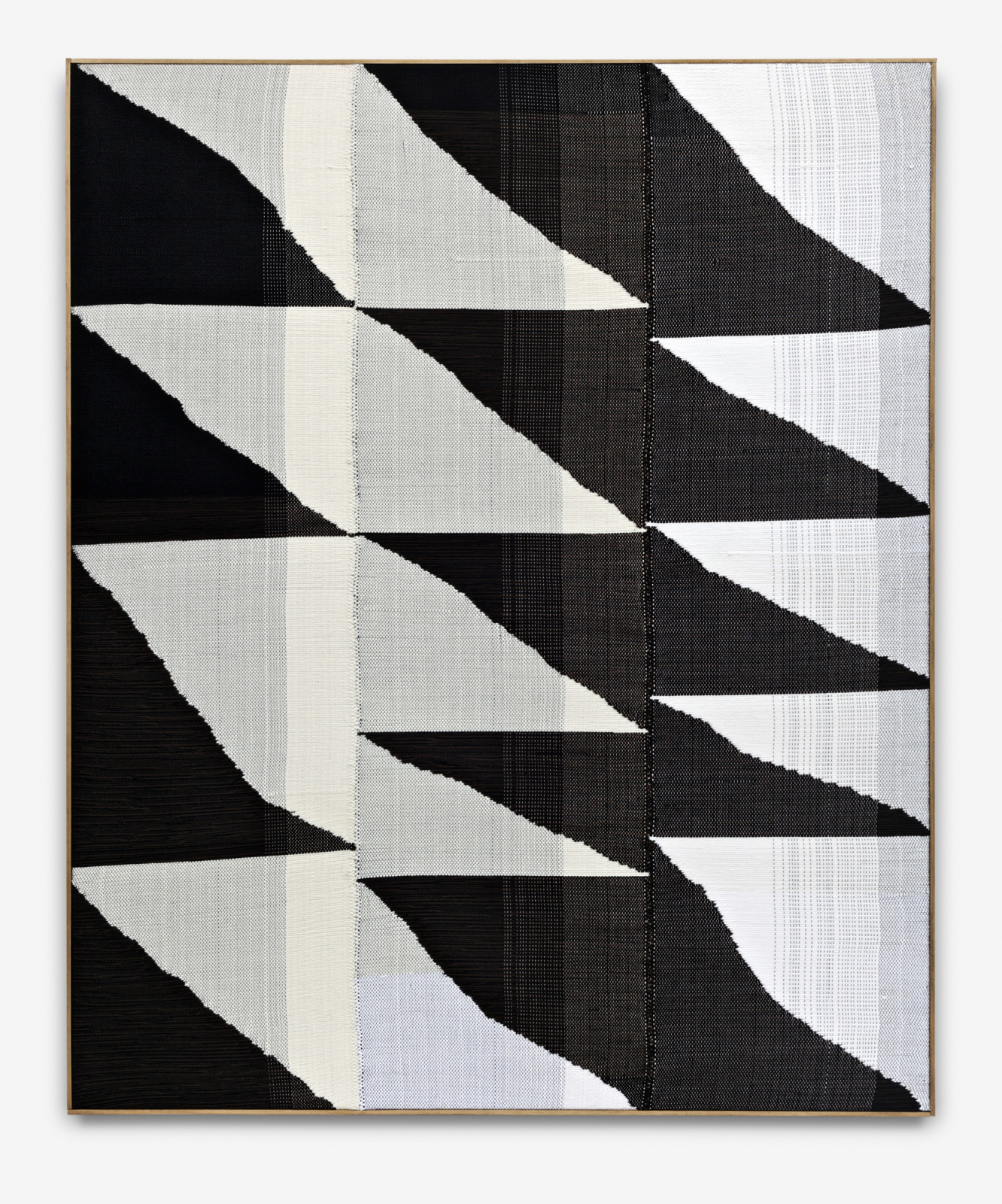 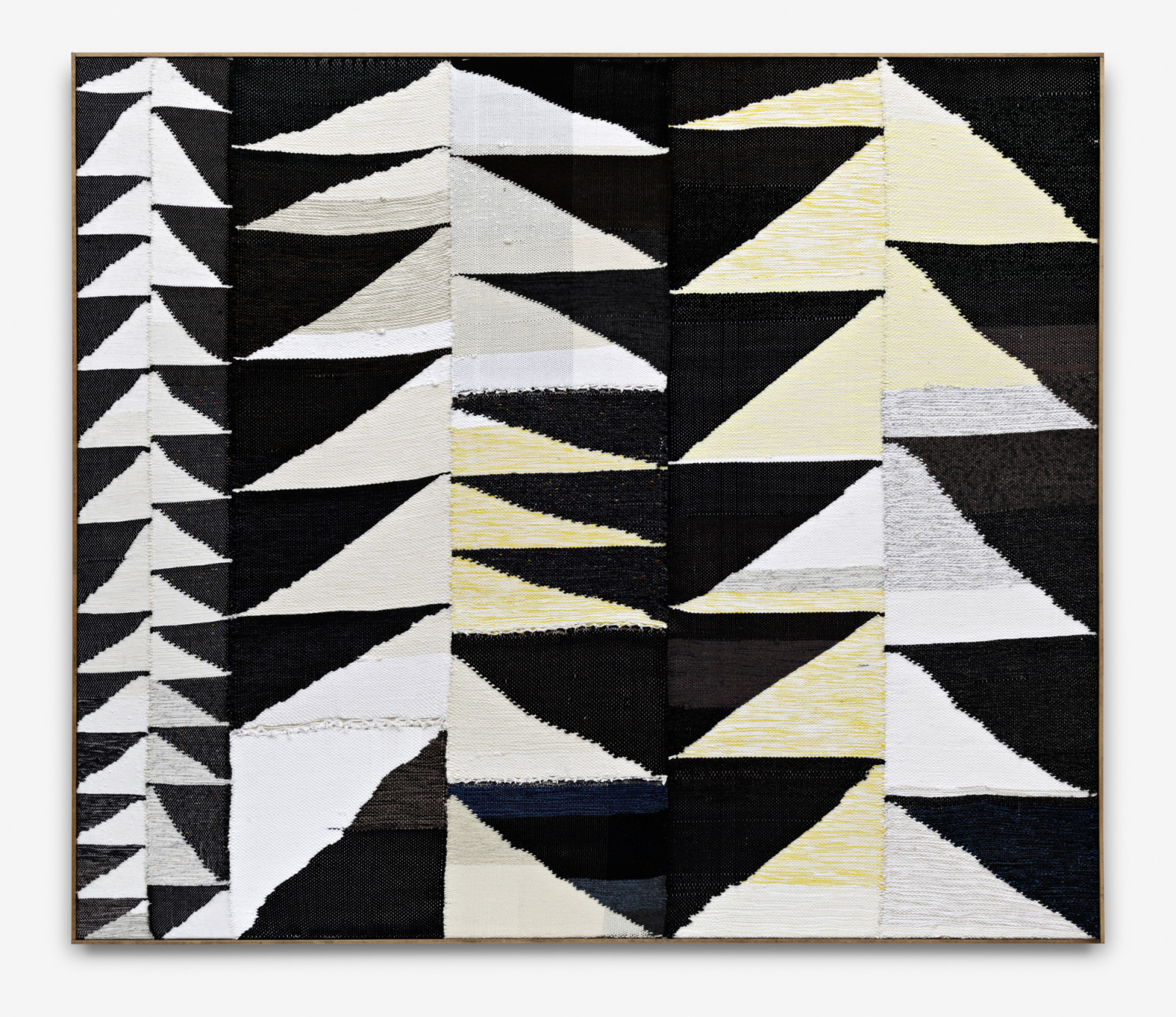 How much have you fallen into the craft side of what you’re doing? I think you name-checked Gee’s Bend in an interview, for instance.

I’m really moved by the quilts of Gee’s Bend and totally dedicated to weaving at the moment. I’m eventually going to get a larger floor loom and stoked on the idea of learning how to properly dye my own yarns. I’m going to keep doing what interests me, and most importantly, feels natural, and I’m not going to think so much about the boundaries and limitations of what art is or isn’t.

Where do you source your materials for the weavings? The show release says you get them some of them from eBay — are we talking vintage yarn balls, or like, old Metallica t-shirts?

I’ve been sourcing my yarn from a variety of places, including Craigslist, eBay, and Kijiji, as well as some big bulk buys from larger unmentionable chains. I would love to exclusively acquire all my material secondhand, but it’s just not possible to find enough to make the kind of work im doing. It’s rewarding using up all the refuse from someone else’s project, transforming it into something completely different and beautiful. It can be a little challenging at times working with such a variety of materials, but the inconsistencies are charming. 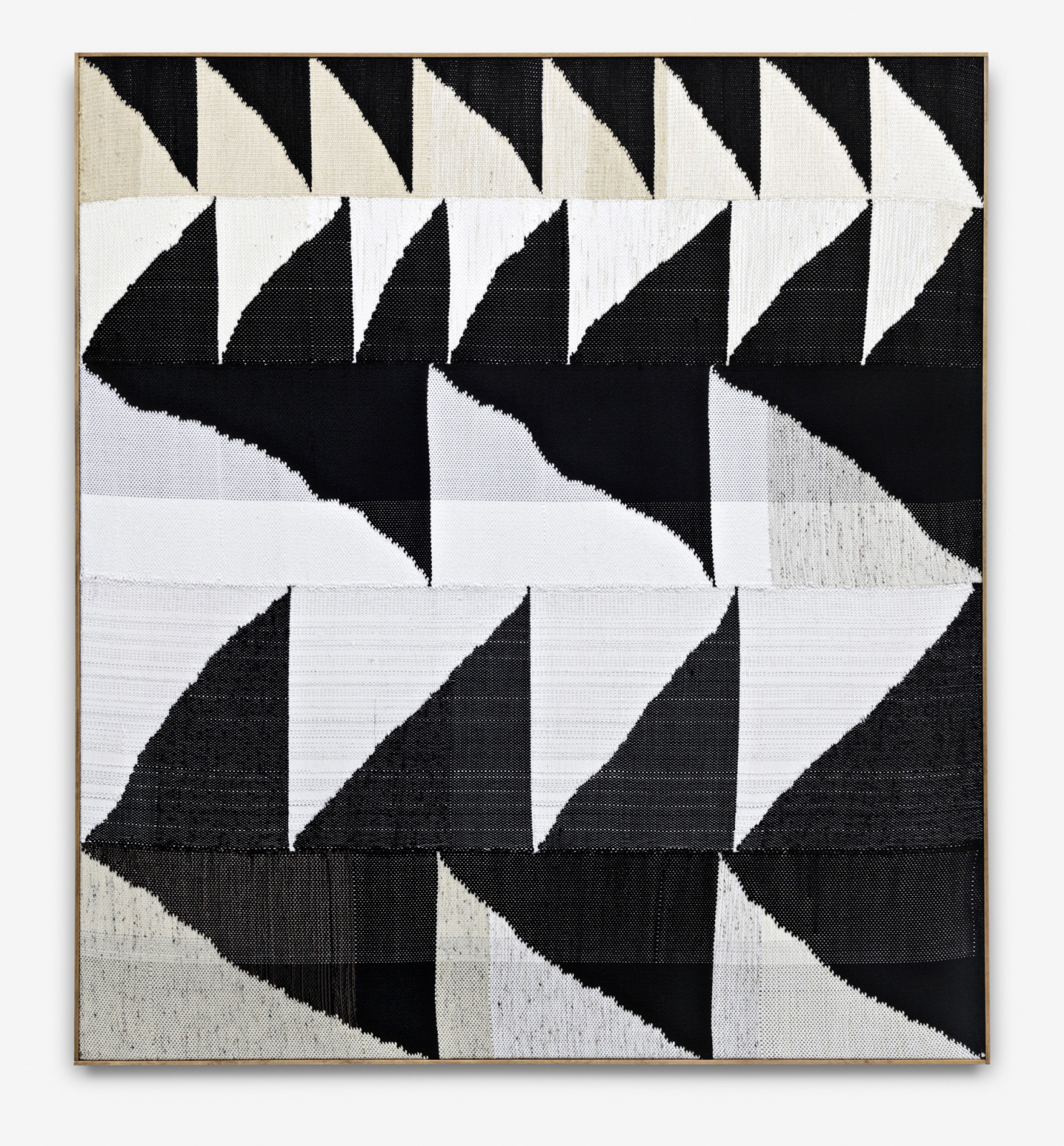 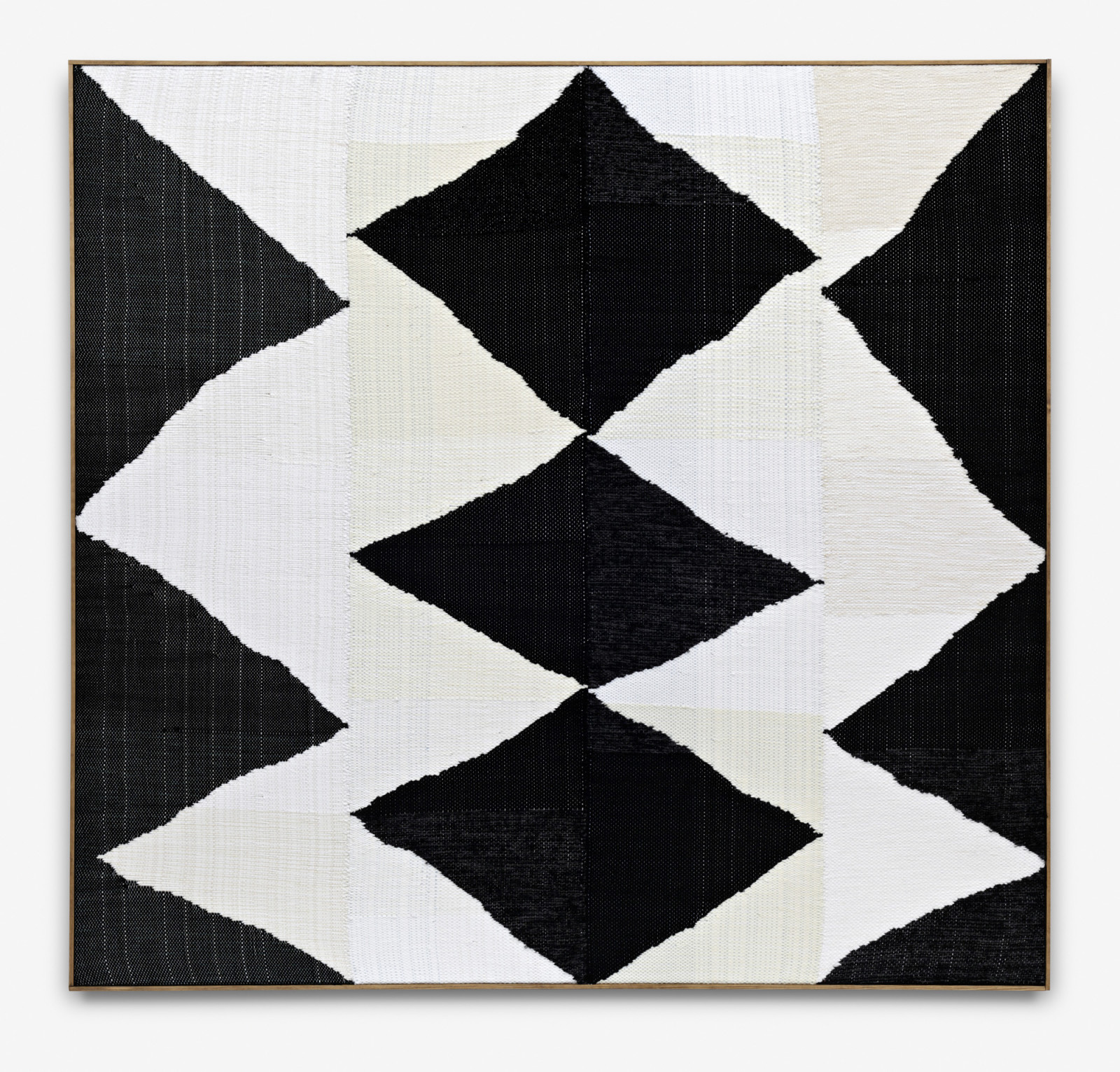 Tell me a little bit about the Peres show in particular: Did you try anything different for the Alignment series, or is there any kind of underlying idea or feeling that brought you to these particular pieces? And why do you call them paintings and not, say, quilts?

The show consists of a dozen or so new weavings all produced in the last few months. I’ve made some big developments that I’m excited to explore further, such as combining the weavings both vertically and horizontally. I’ve previously only had them going in one direction, so it’s opened up a whole new world of possibilities. I’m much more comfortable behind the loom now, too, so I’m able to work much faster and on a larger scale. I’m not sure who put the painting label on the pieces, but it seems like a natural reference to me since I’m coming from a painting background. It’s kind of hard to see them as anything else. 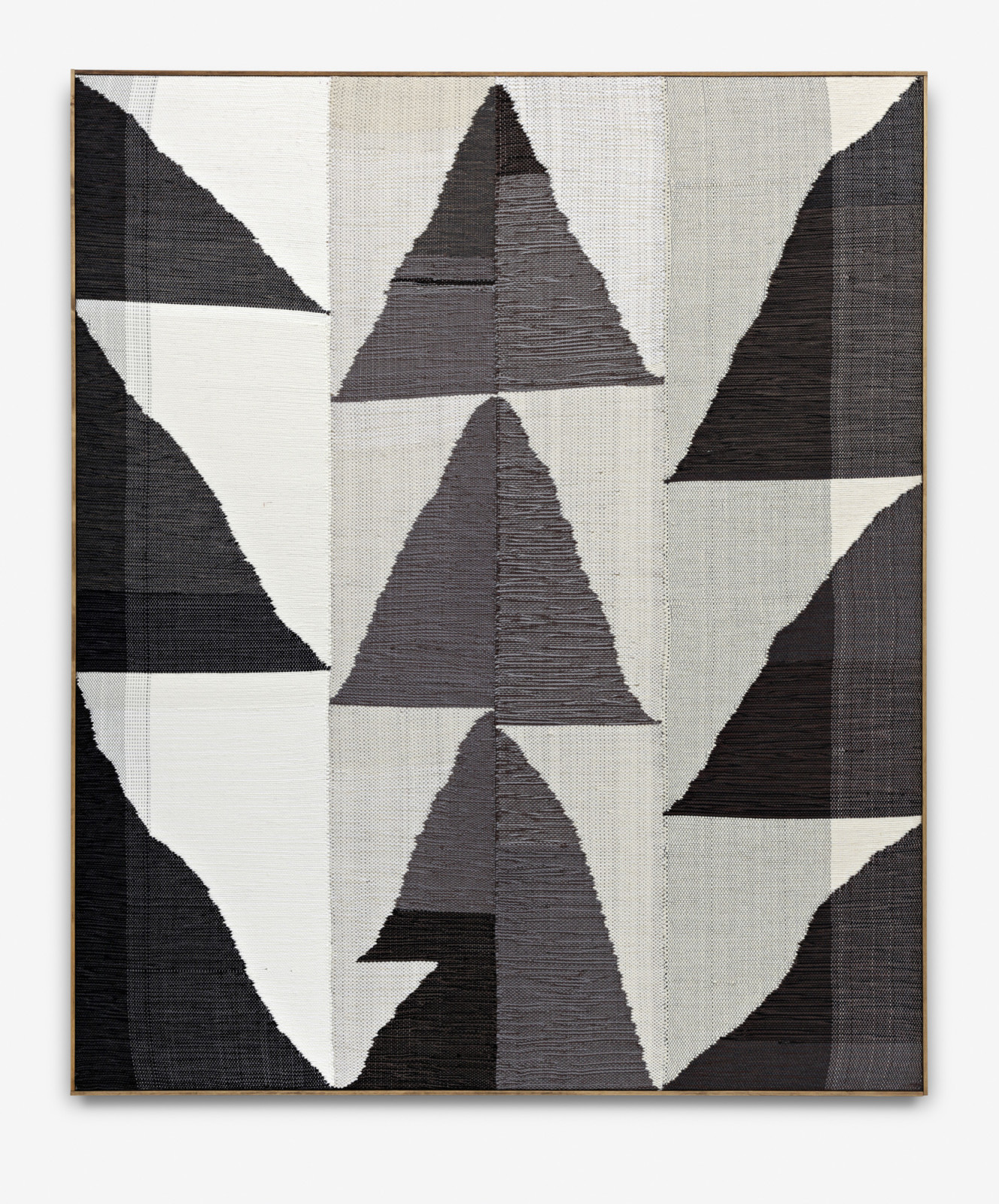 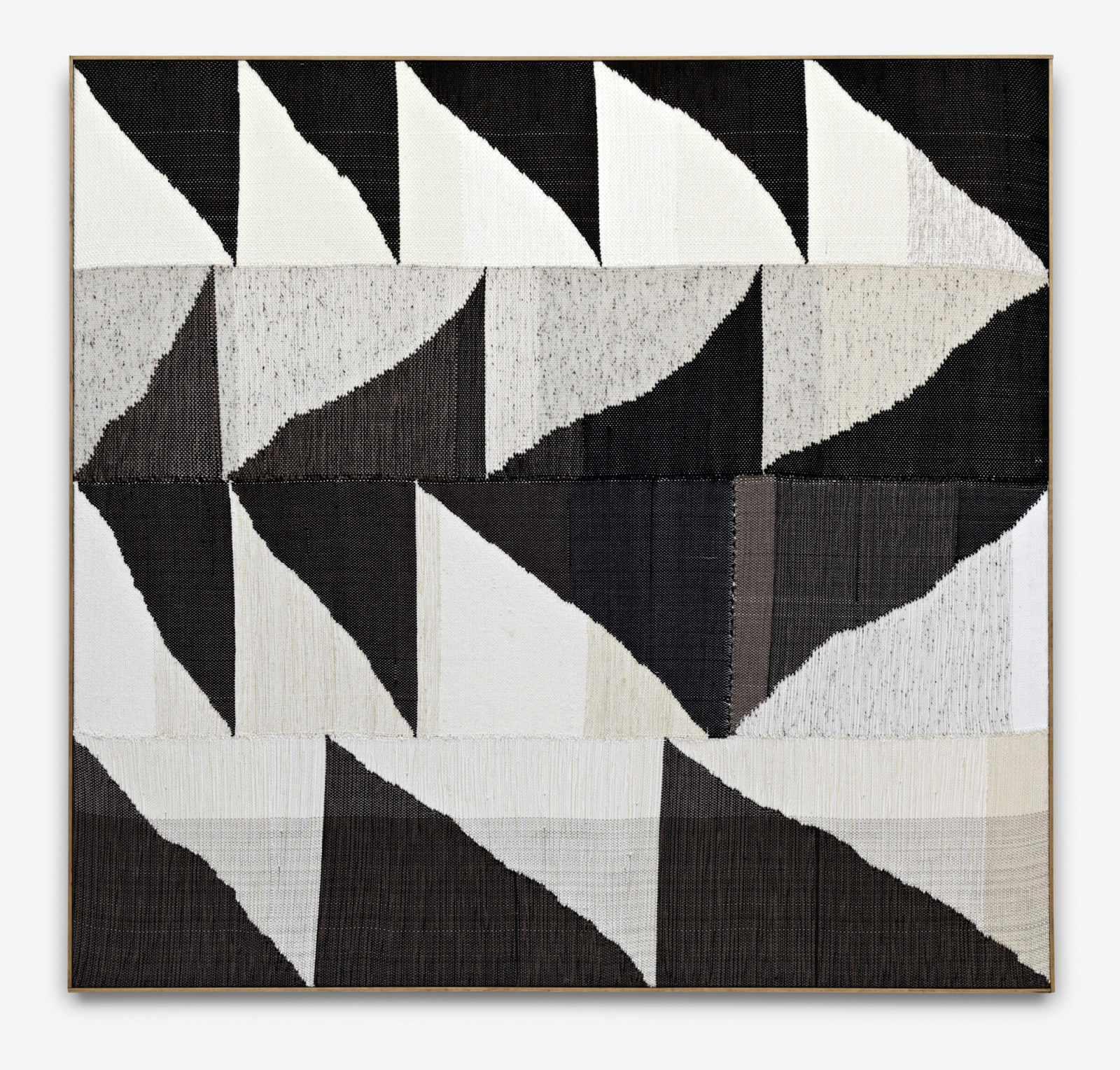 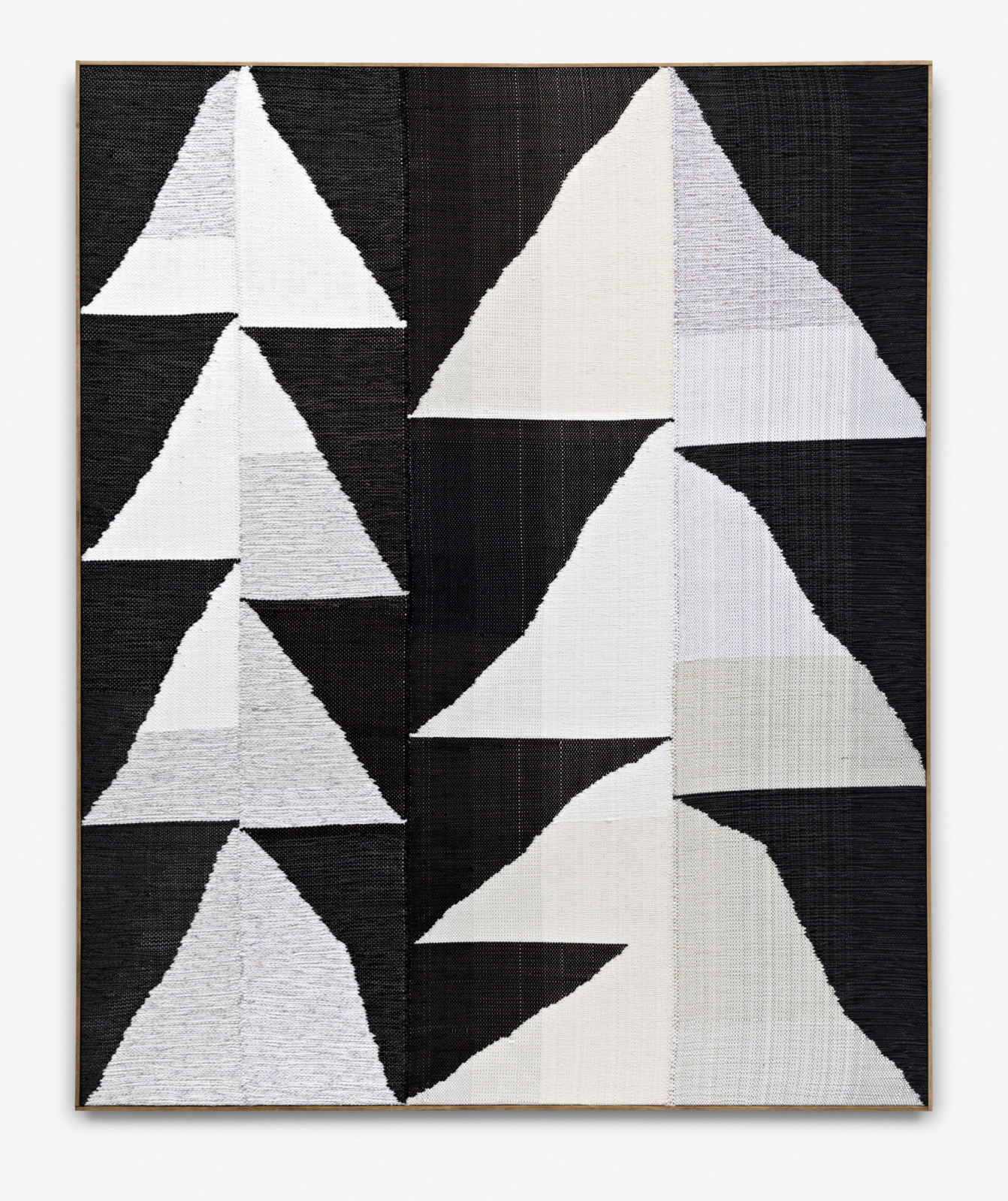 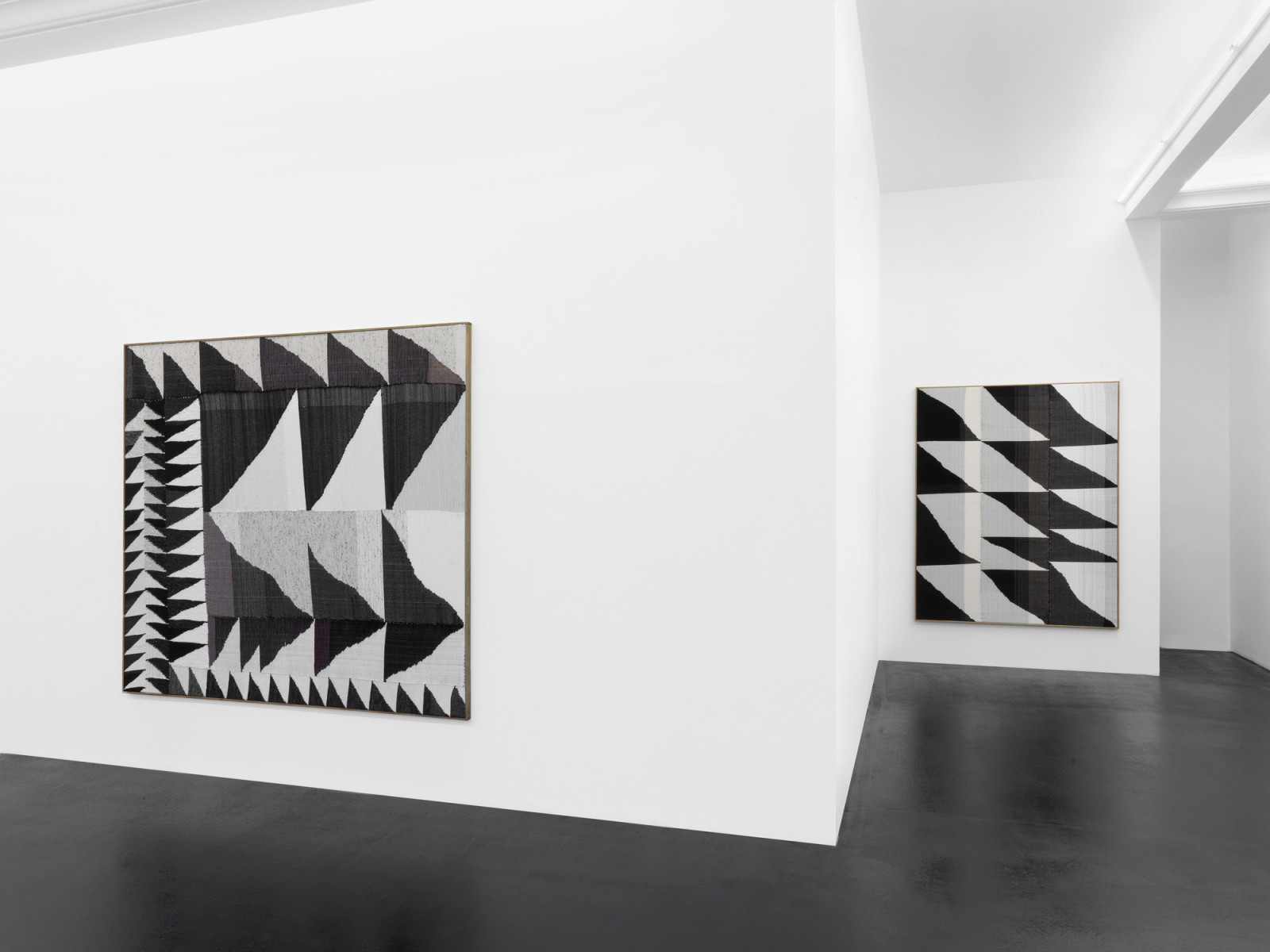 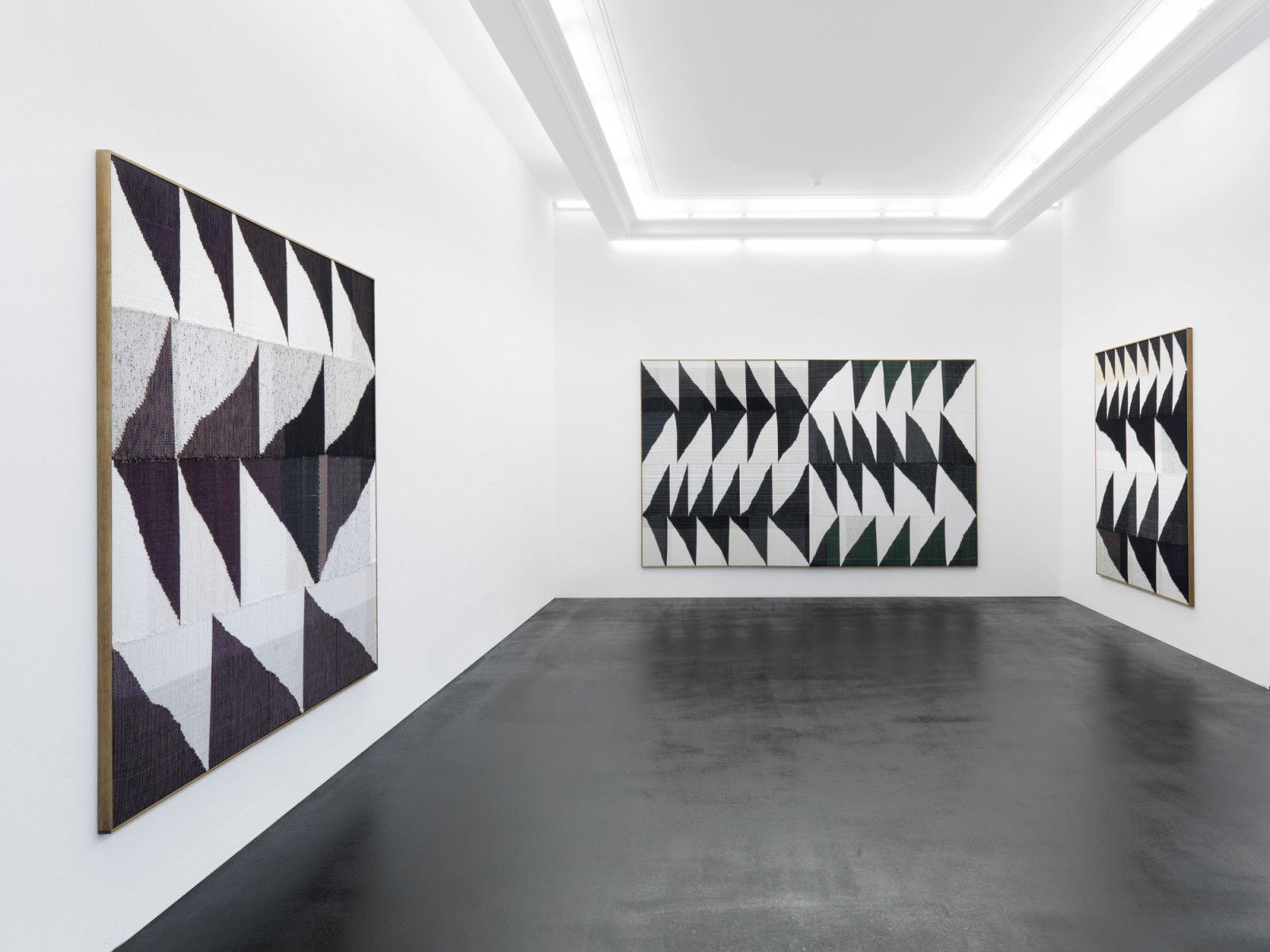 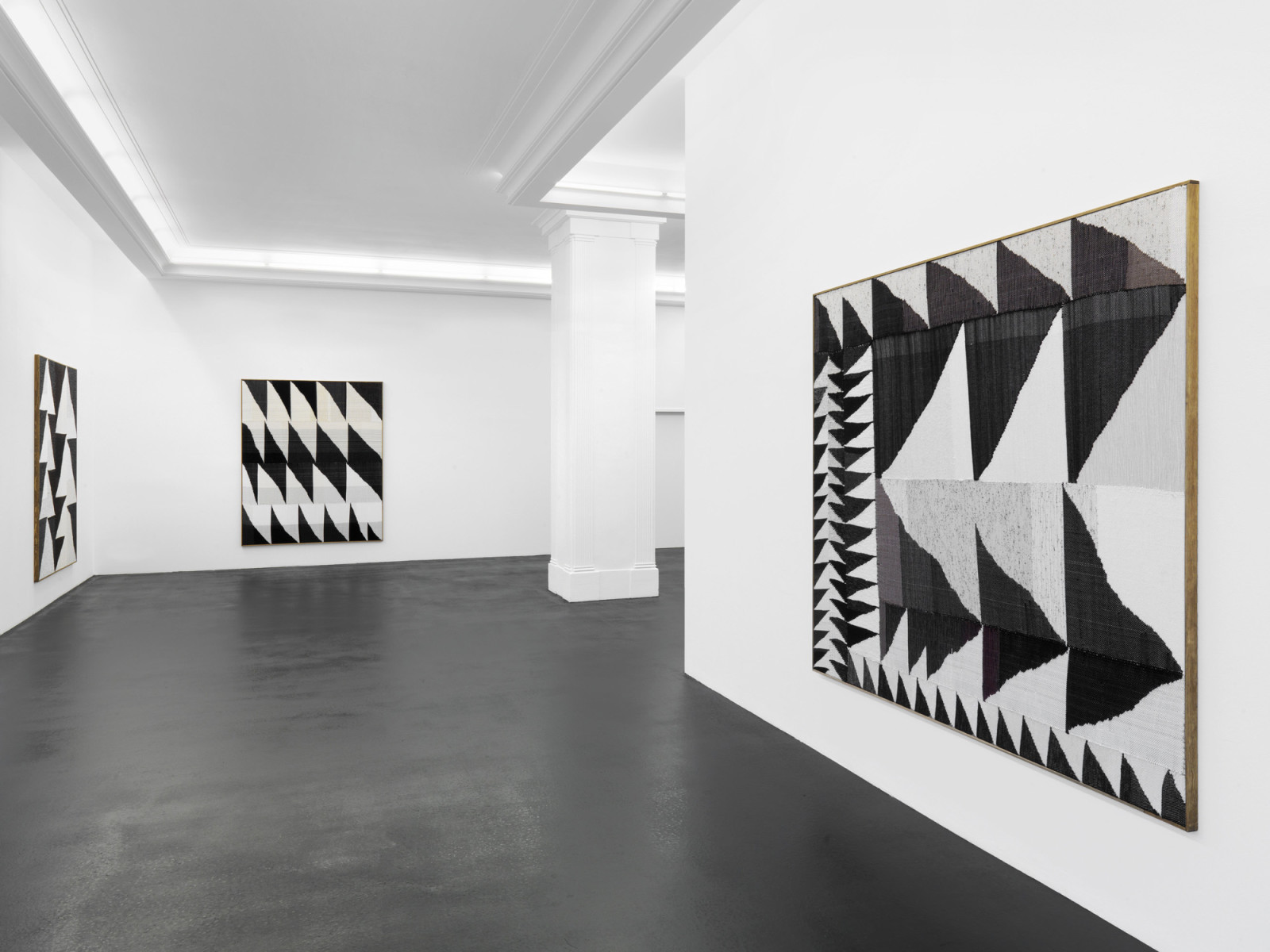 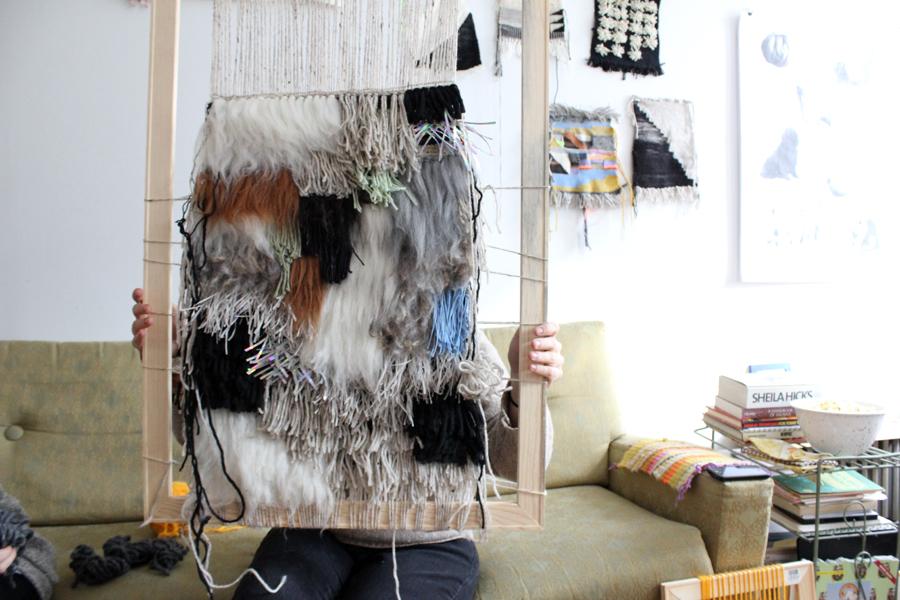 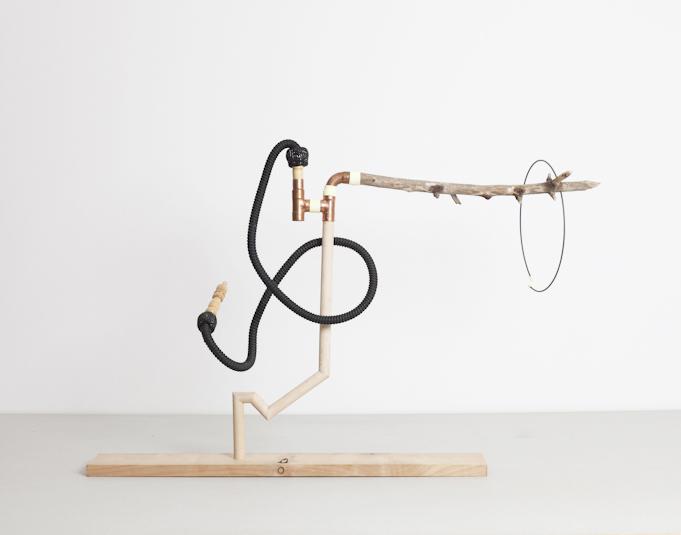 There's an easy way to tell whether or not you were born to be a maker: sit down at a table piled with random junk and scraps of material, and see how long it takes you to conjure something useful and/or beautiful. For the Das Wilde Denken workshop last month, Matylda Krzykowski and the team behind Depot Basel joined forces with my favorite design/fashion boutique in Berlin, Baerck, and invited a handful of local designers to spend two days doing just that. The results, of course, were amazing — where an observer like myself couldn't really make the mental leap past a jumble of discarded trolley wheels and wooden boards, this group envisioned lamps, sculptural table mirrors, jewelry trays, and stationery sets. The curators saw it as a chance for the designers to get back to basics and enjoy the simplicity of an open-ended crafting session, but they also likened the experience to reconnecting with childhood, when making wasn't goal-oriented but immediate and spontaneous — hence the name Das Wilde Denken, which means "wild thinking." (Momentary flashback to Malin Gabriela Nordin's children's workshop, which we featured last month.) All of the pieces created during the session, a selection of which are featured in the slideshow after the jump, will be on view and for sale at Baerck through February 2.
More 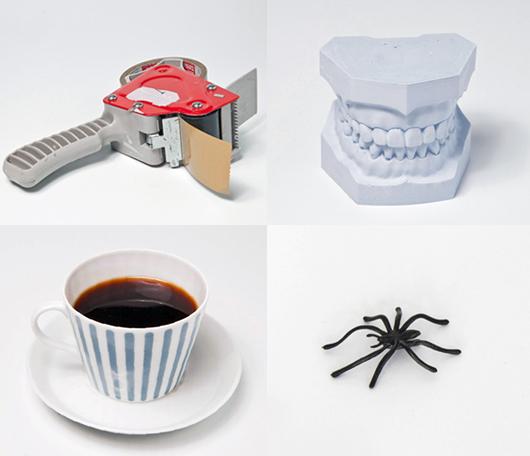