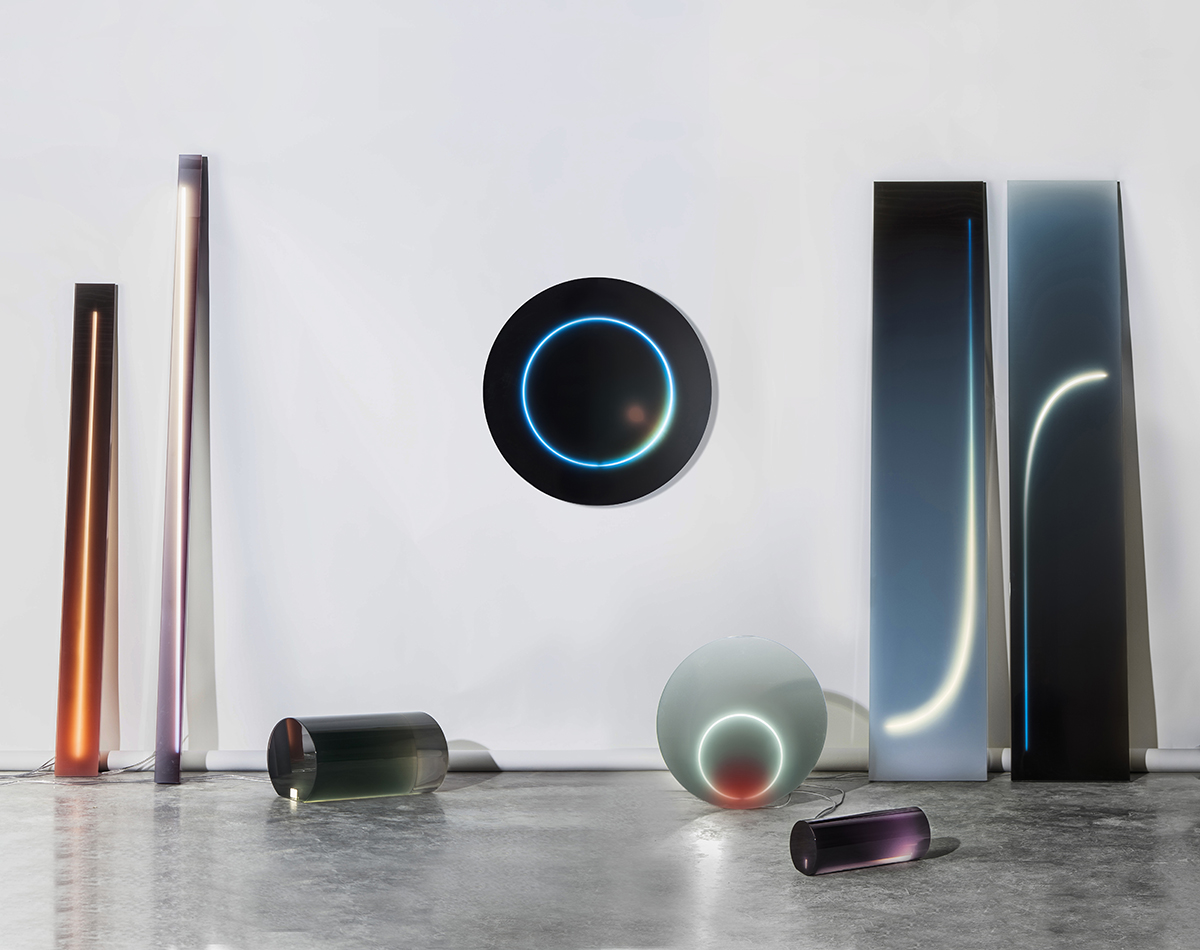 If there’s one thing we’ve always hated about Miami, aesthetically speaking, it’s all the neon signs — the Colony Hotel is one thing, but the entire city teems with them, and mostly in sad-looking strip malls. Yet despise them as we may, they’re a big part of the city’s visual identity, making it all the more fitting that at this year’s Design Miami show, Belgium’s Victor Hunt gallery will be exhibiting a brand new edition of Eindhoven grad Sabine Marcelis‘s cast-resin and neon lamps — the Dawn series — that offers a moment of redemption for those gaudy illuminated tubes. The lights are the continuation of a collection Marcelis first created for Copenhagen’s Etage Projects, and they represent, according to the gallery, “an exploration of the relationship between light and color, inspired by a time in the day in which the sun, clouds, and sky join to create a momentary riot of hues.” We’re predicting a Design Miami breakout star… 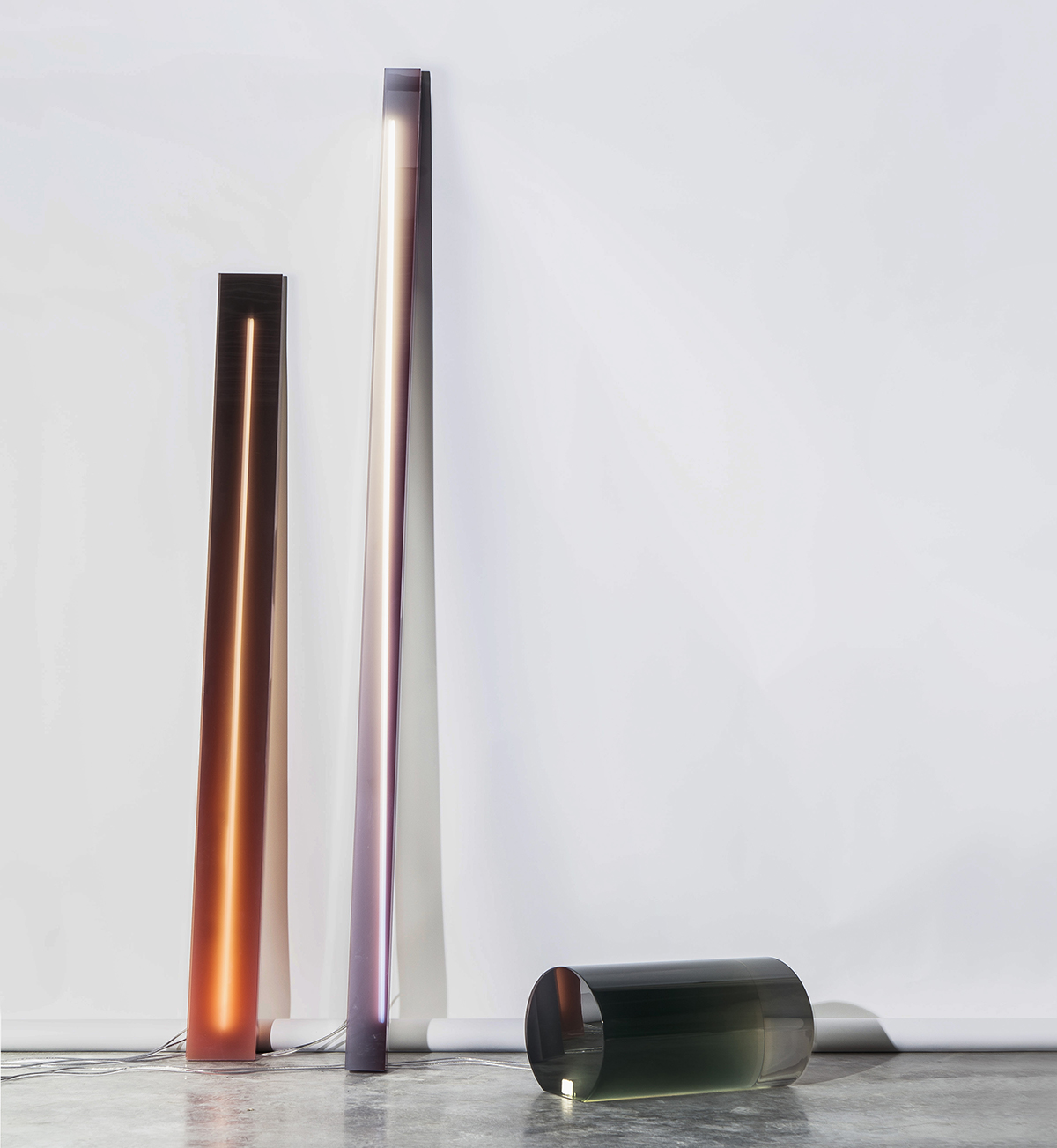 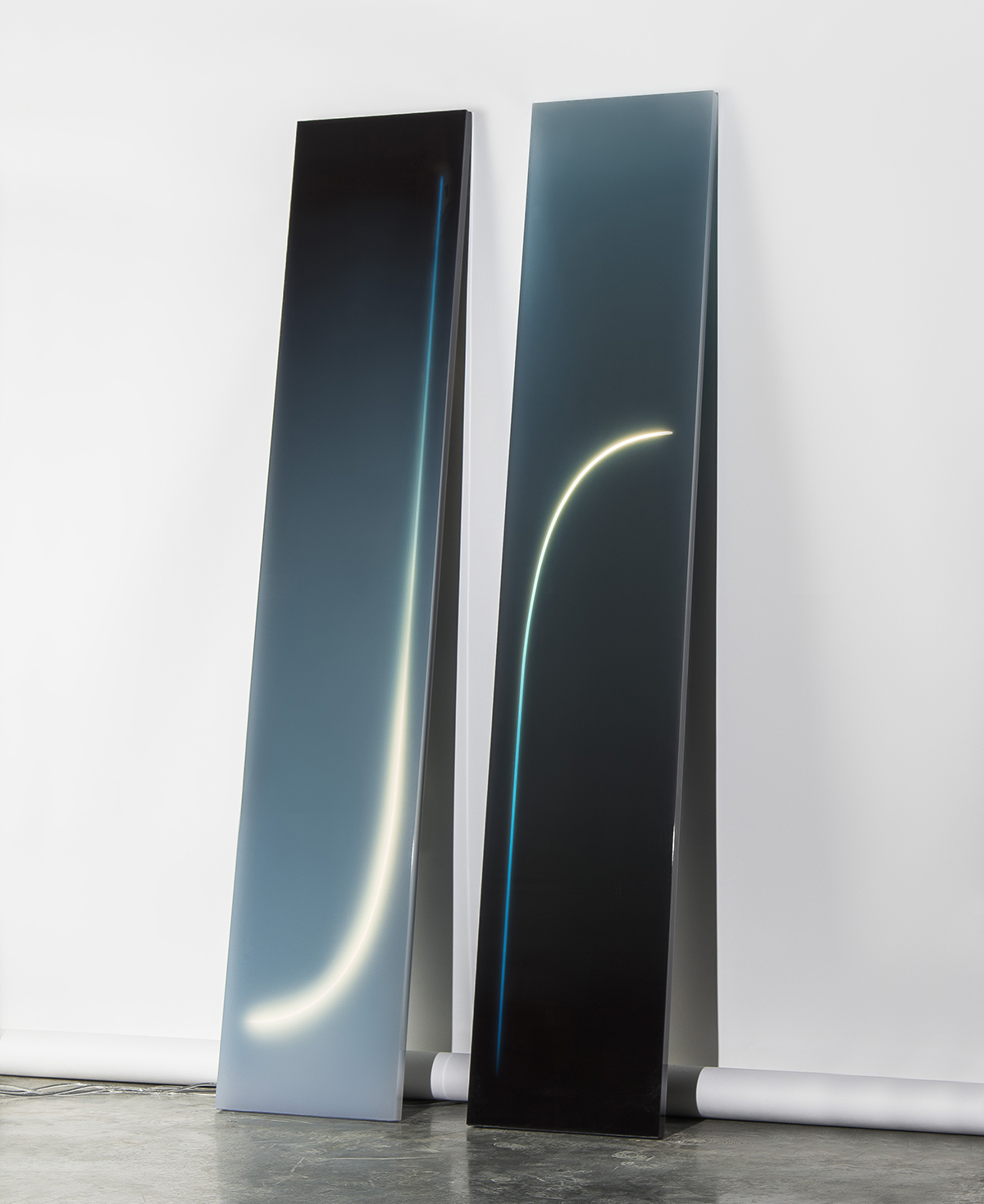 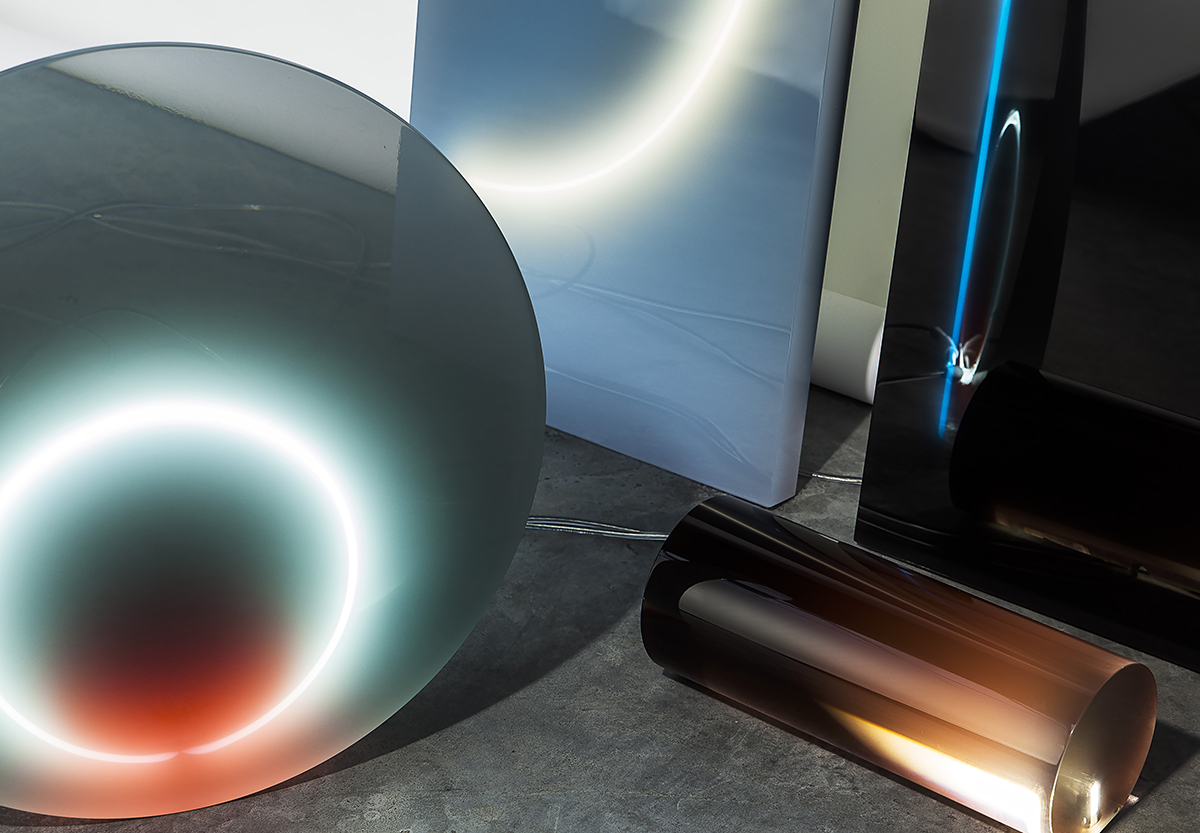 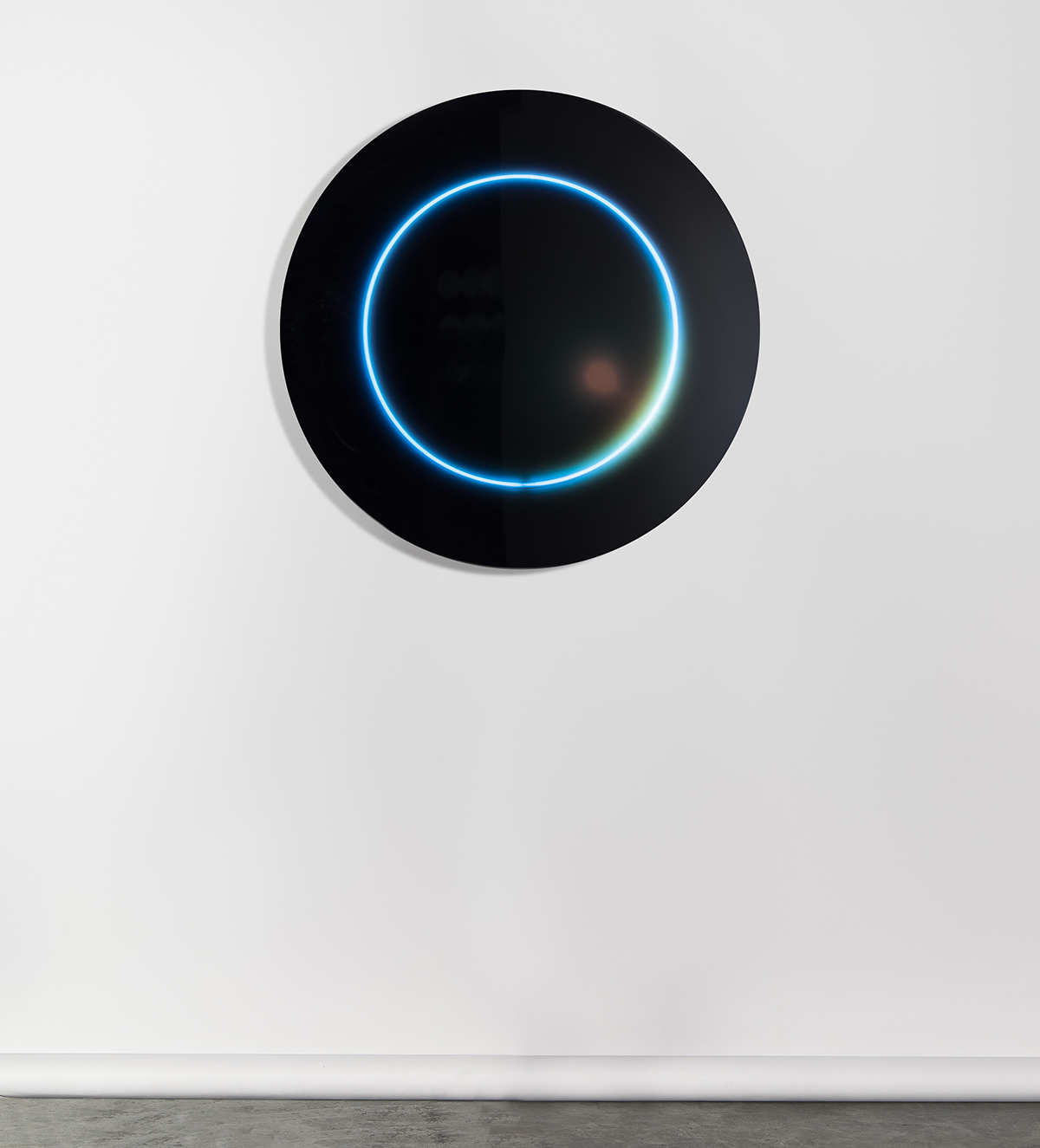 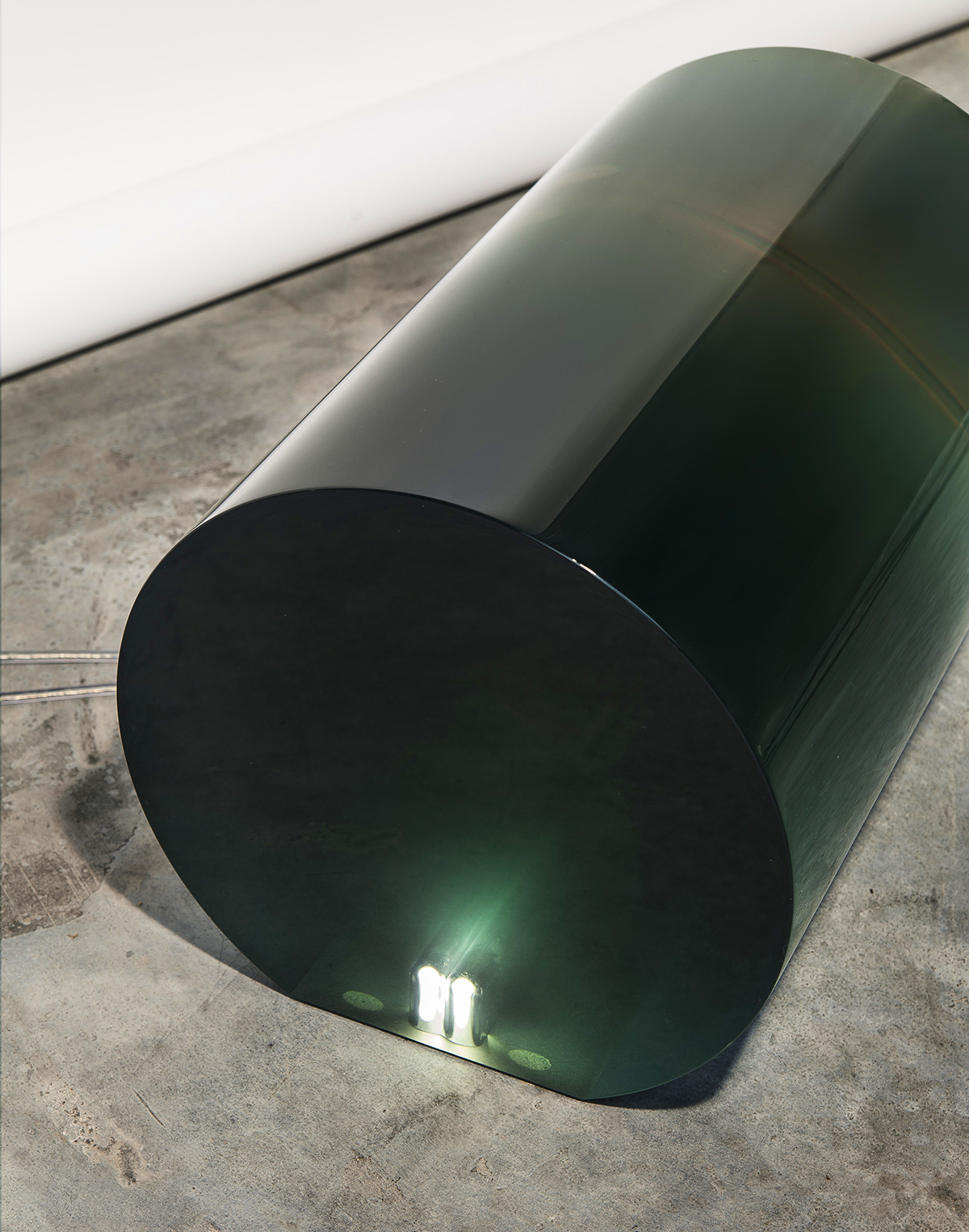 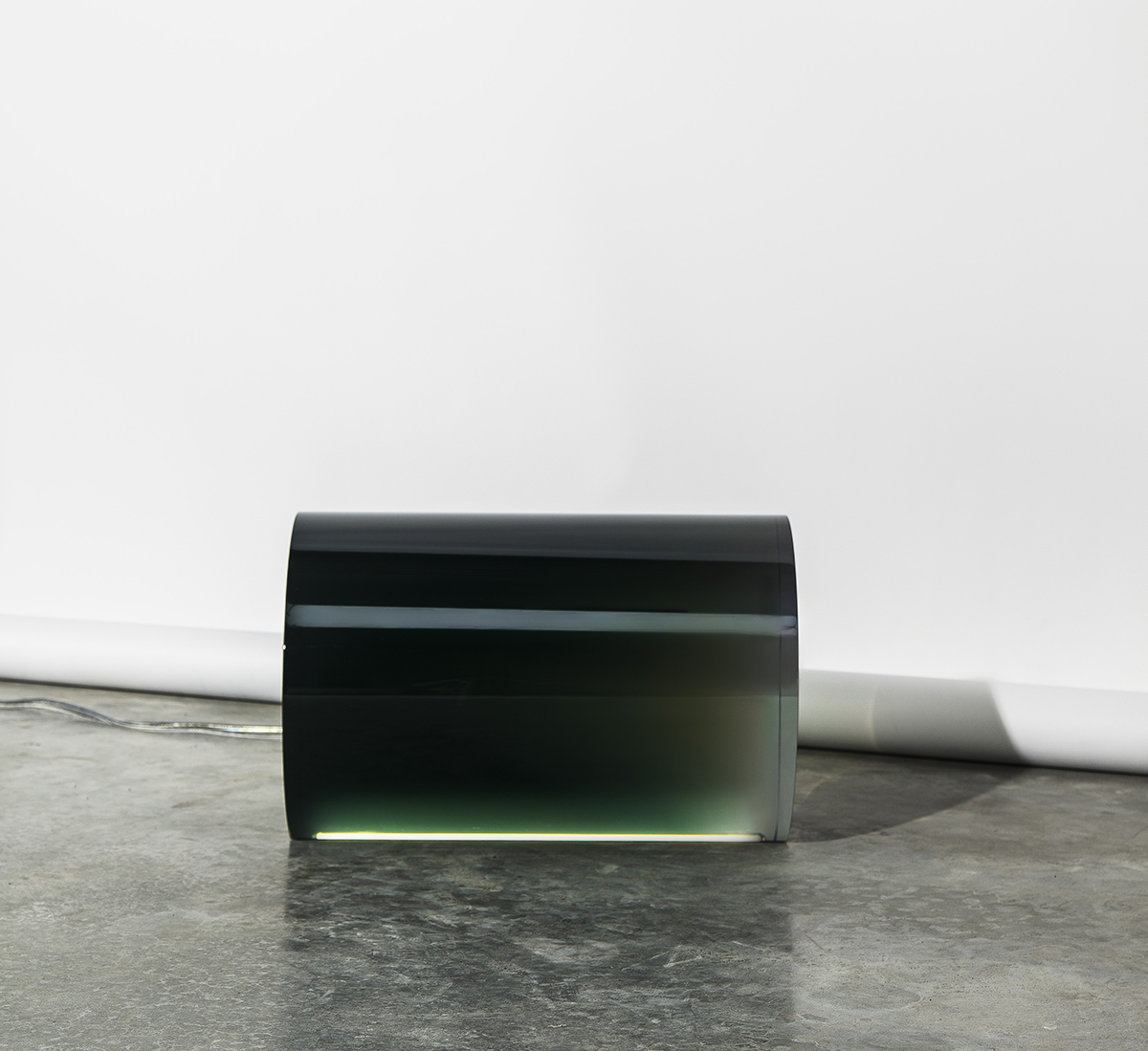 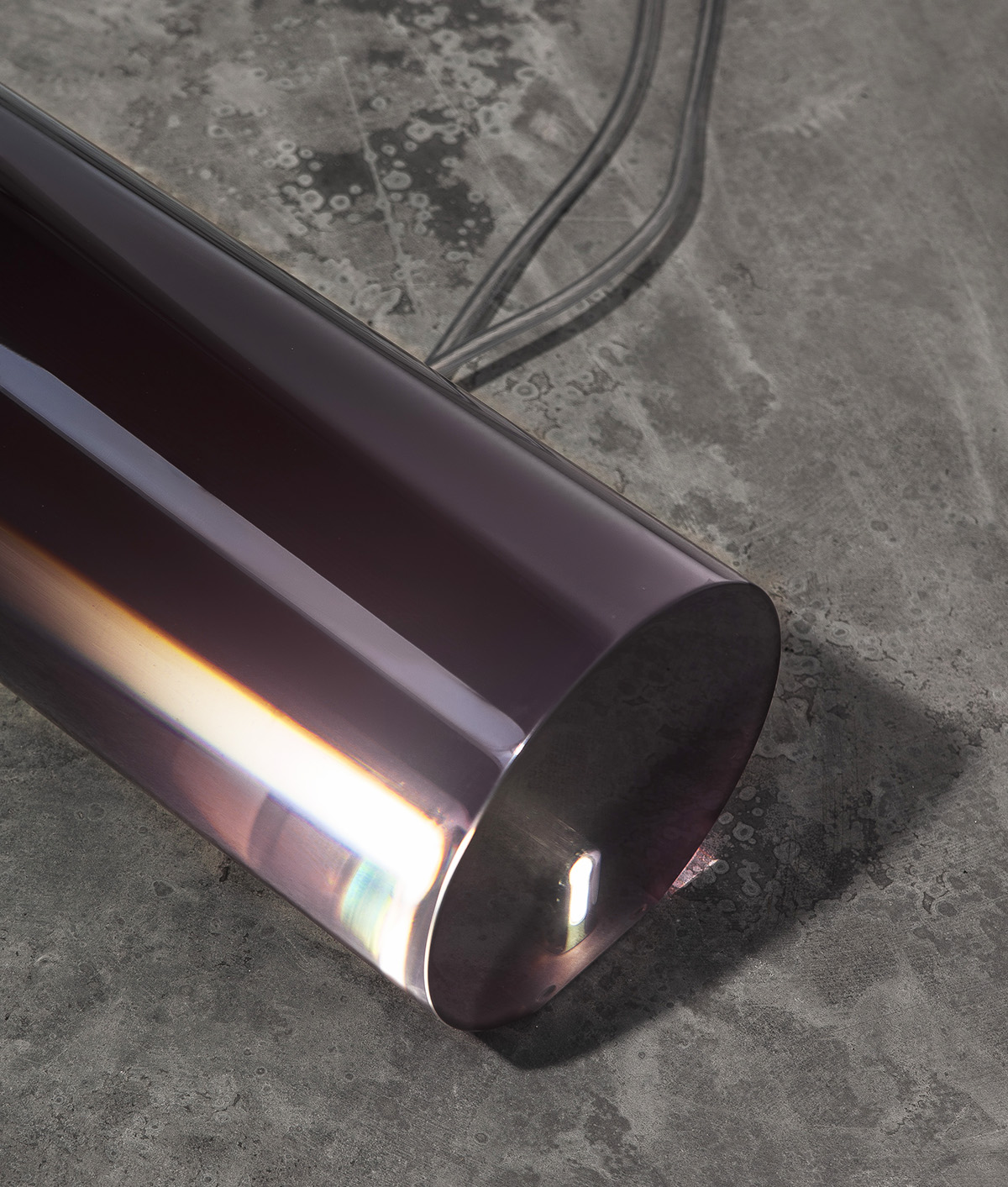 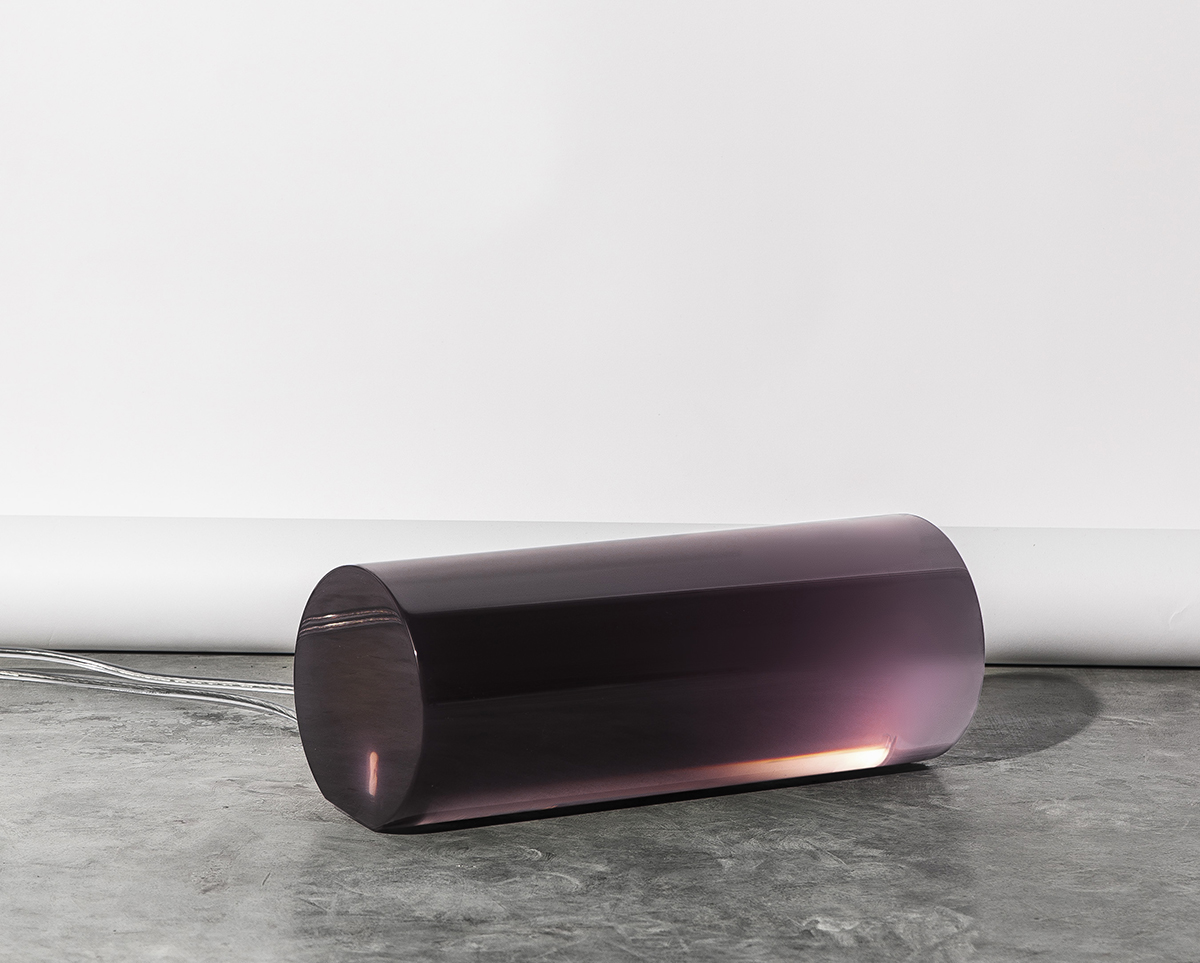 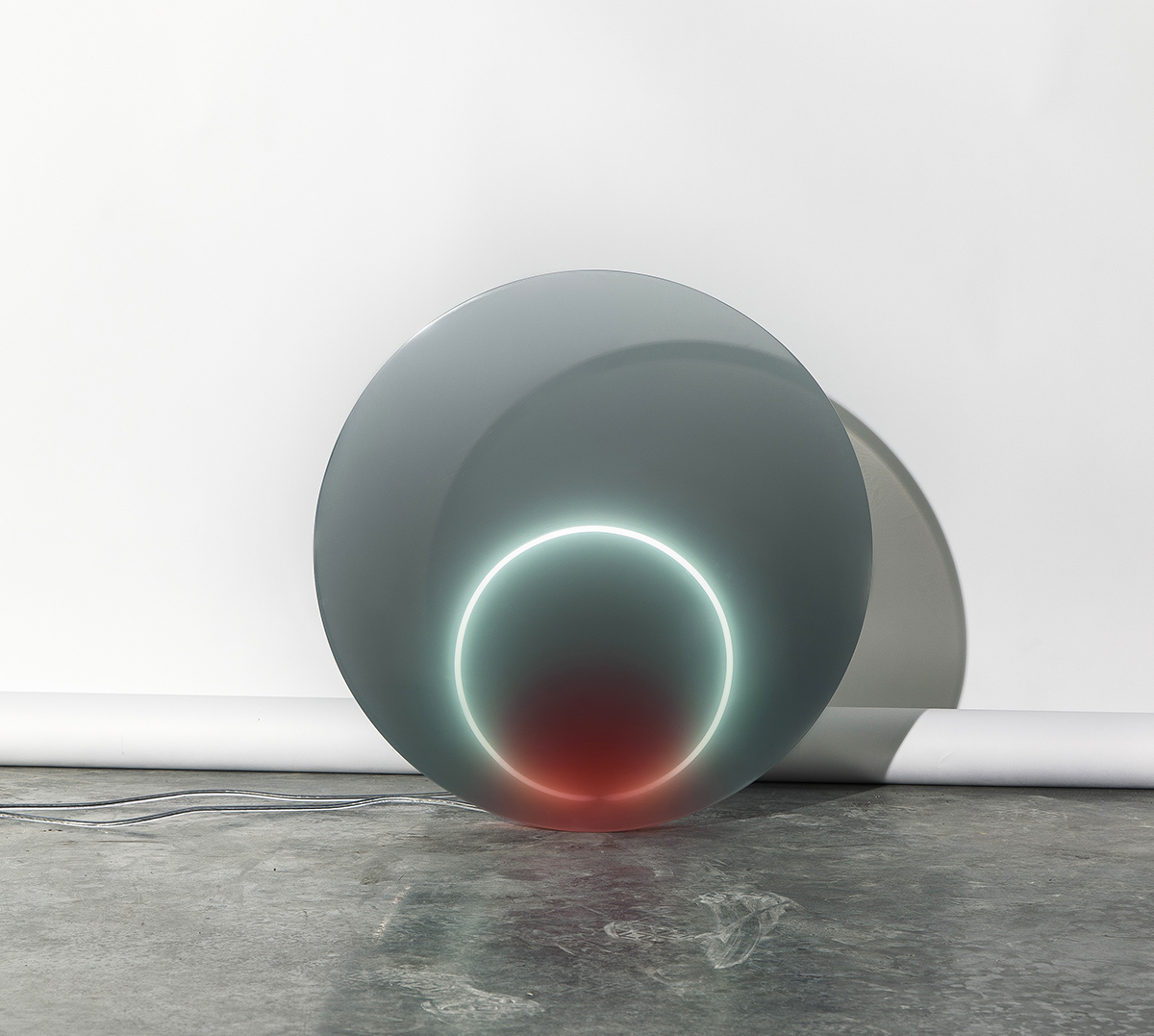 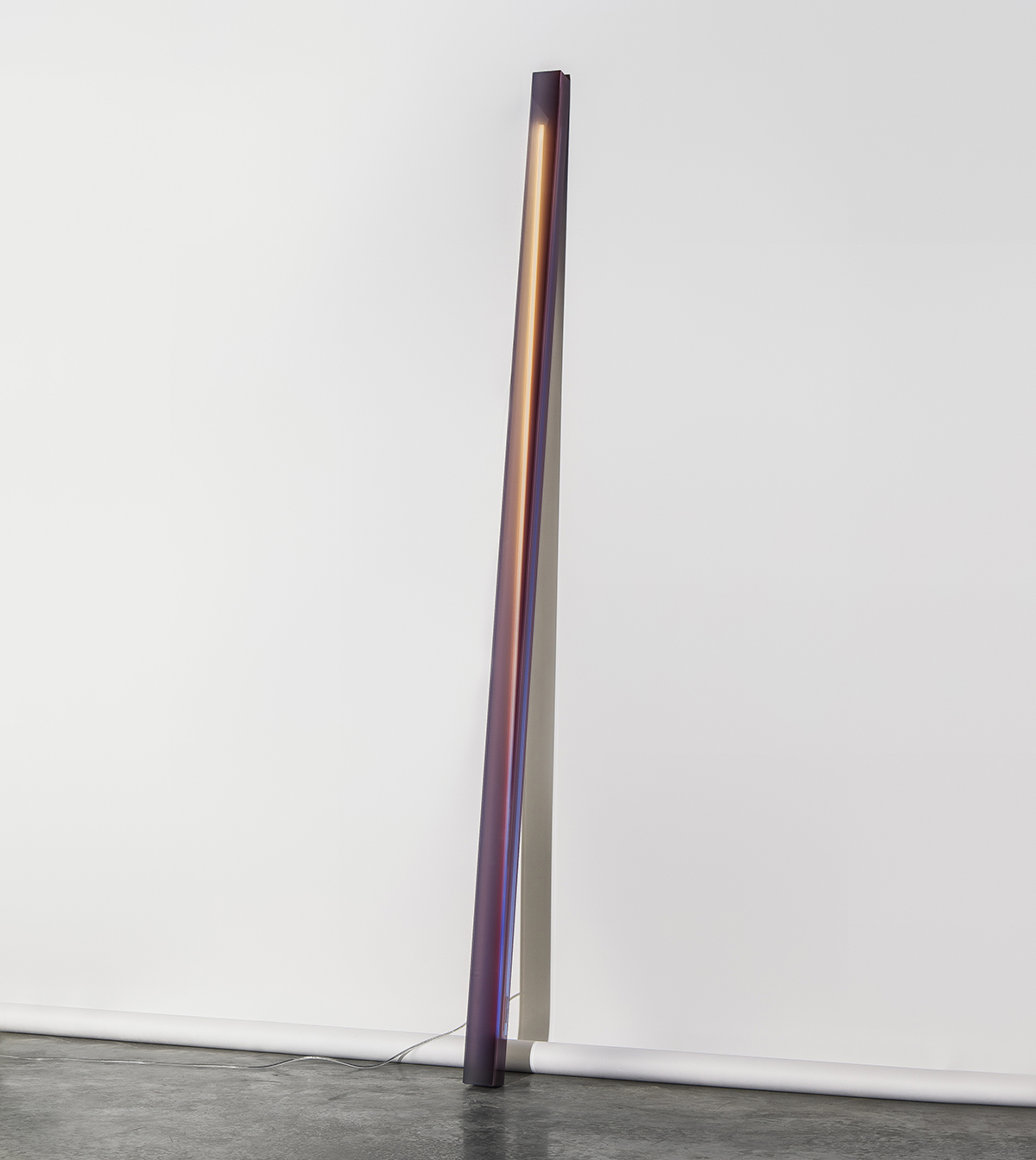 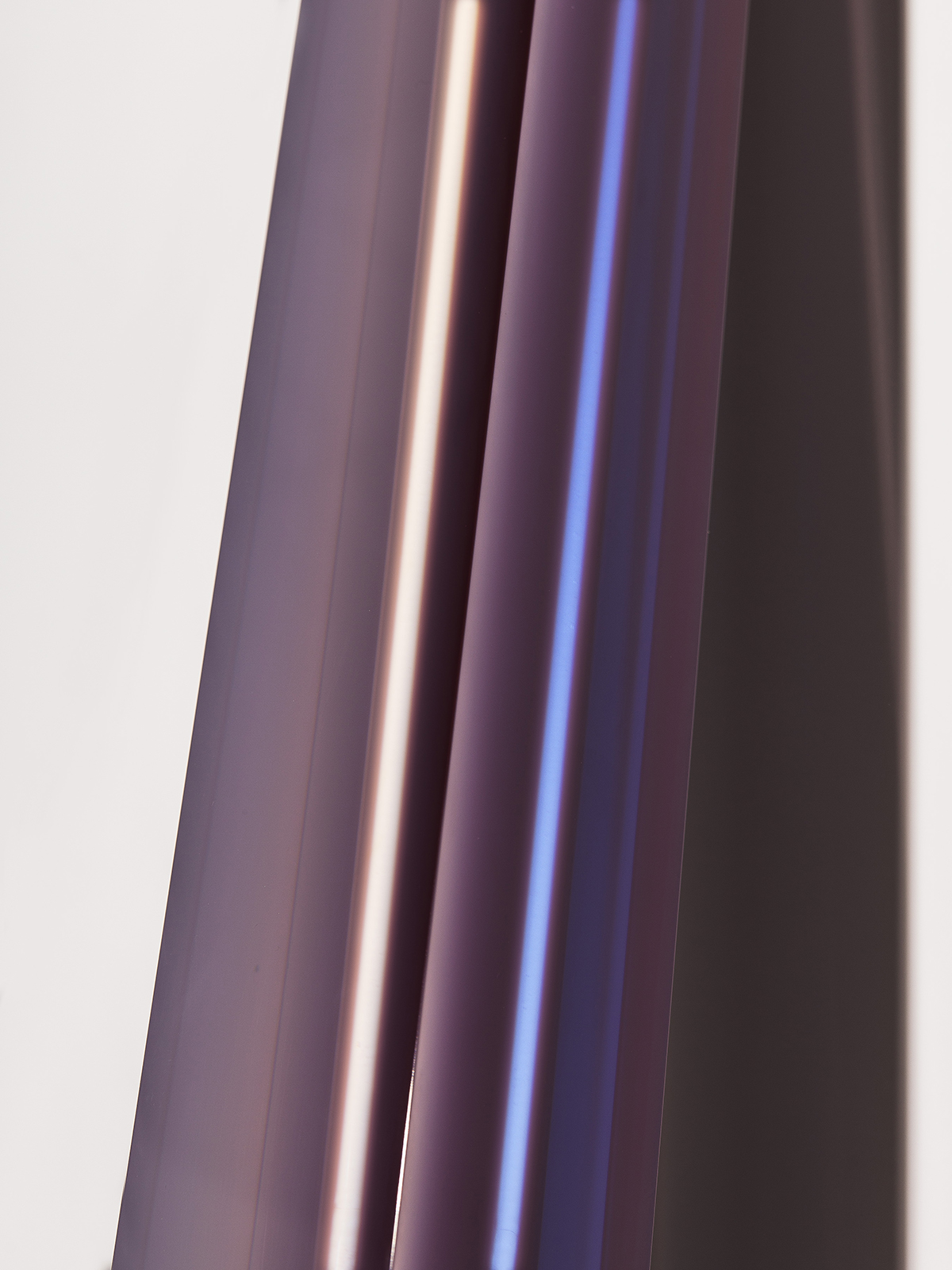 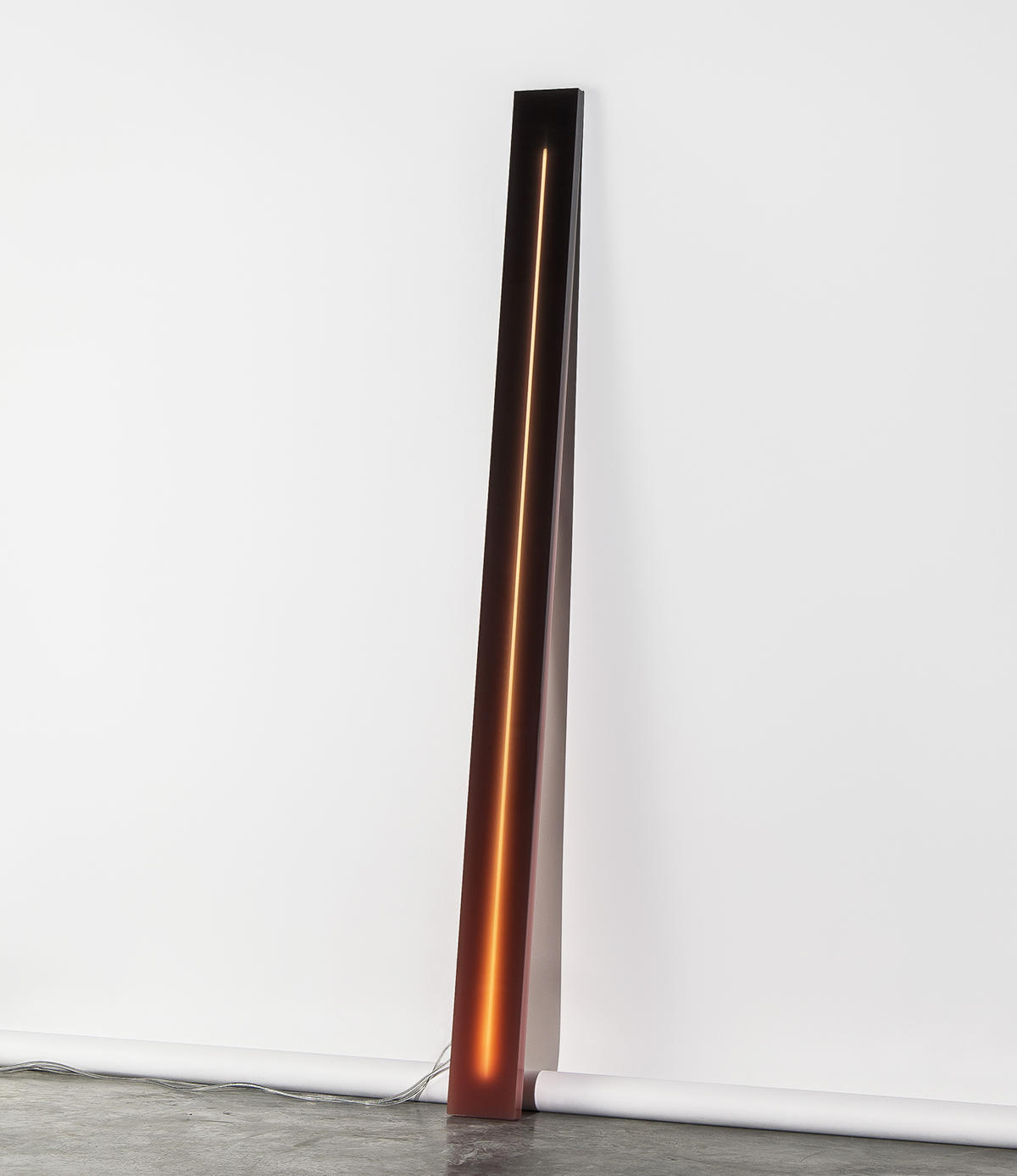 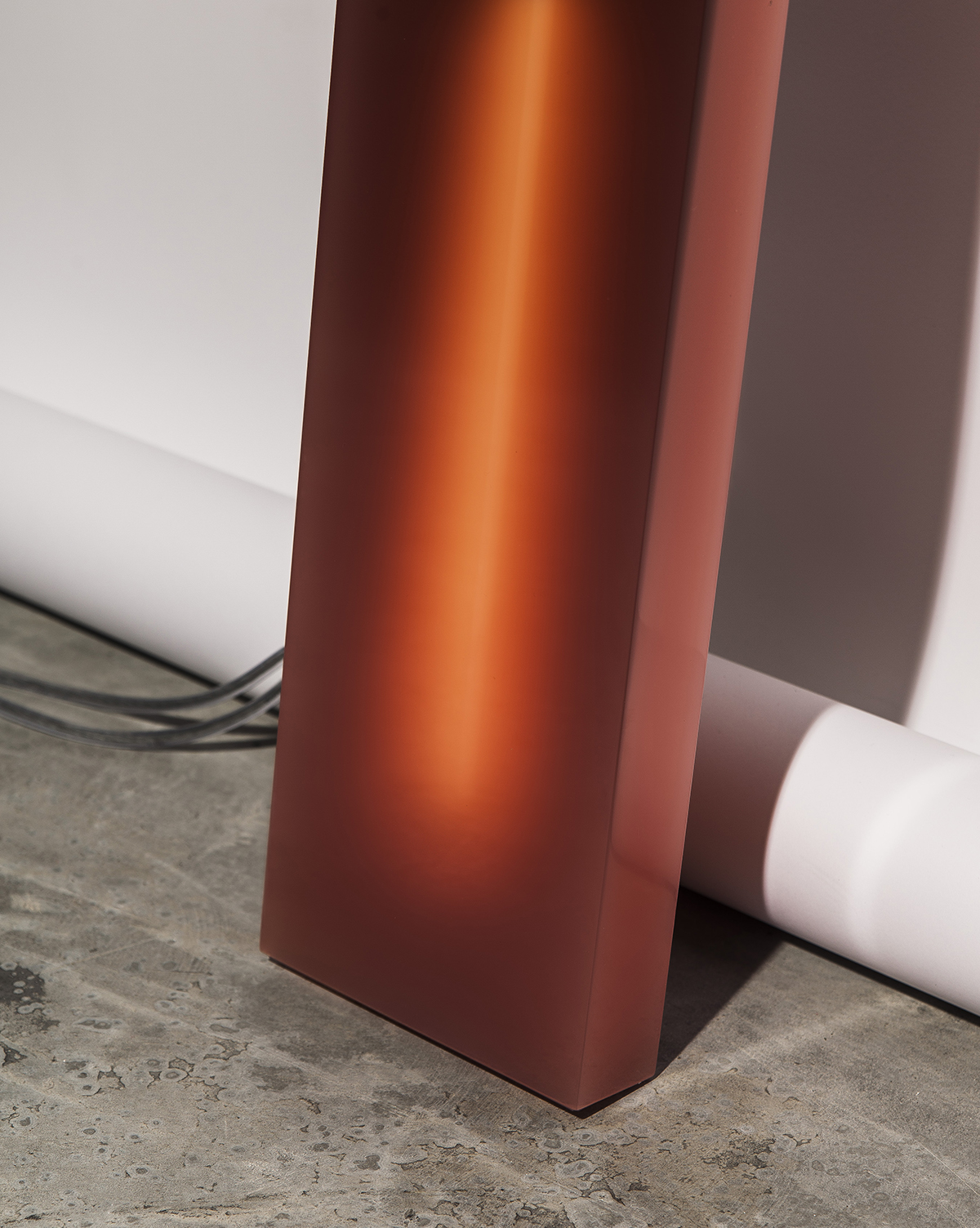 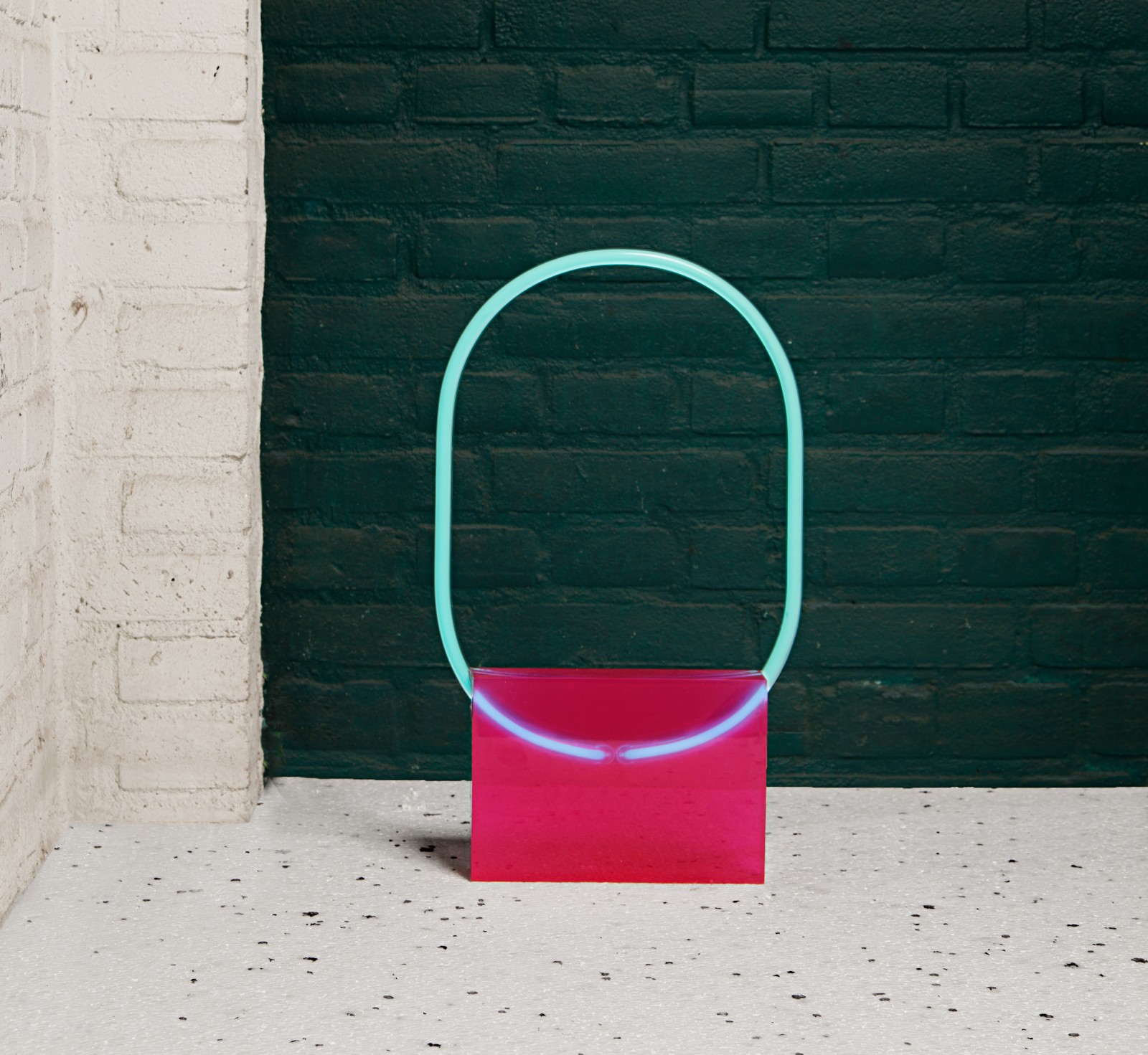 Copenhagen's Etage Projects is one of the newer galleries on the scene, but it's fast becoming one of our picks for the best. In the past two years, exhibition subjects have included SU favorites like Fredrik Paulsen, Jo Nagasaka, and Eva Berendes; the show currently on view includes Dutch designers Luuk van den Broek (who we're working on a much larger story on!) and Sabine Marcelis, who with Brit Van Nerven is responsible for one of our favorite pieces of design from the past year. Marcelis's newest project, called Voie Lights, is the first in a series of two investigations into the manipulation of light paths.
More 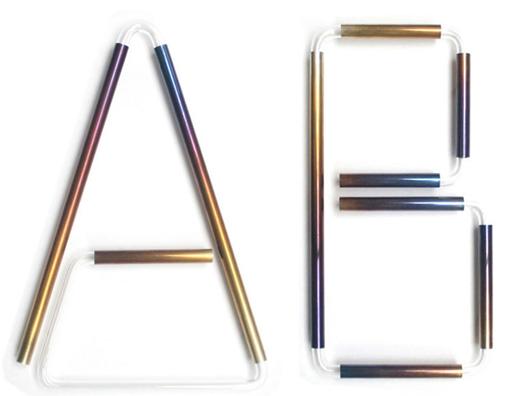 Whereas most of us may never fully grasp the meaning behind the testicular descension metaphors and self-referential glyphs woven throughout Matthew Barney's Cremaster Cycle, the message behind his Drawing Restraint series — which has seen the artist challenge his creation process with obstacle courses and 270-pound dumbbells — couldn't be more relatable: creativity flourishes in any struggle with limitations. Many designers, for example, profess to do their best work under the pressure of client briefs; then there are those, like the London duo Bernadette Deddens and Tetsuo Mukai of Study O Portable, who in the absence of such briefs will invent their own rules to work around. Since they started their studio in 2009, the couple have been using the alphabet as a testing ground for aesthetic and material experiments, producing letter sets in various combinations of wood, leather, and plastic that must conform to strict, self-imposed standards of size and legibility. "It's really satisfying to work on the puzzle an ABC poses depending on one's materials and techniques," says Deddens. Their most recent is the Neon Alphabet, "a cross between signage, jewelry, and a font" that debuted at Design Miami/Basel this June with Belgian gallerist Caroline van Hoek.
More 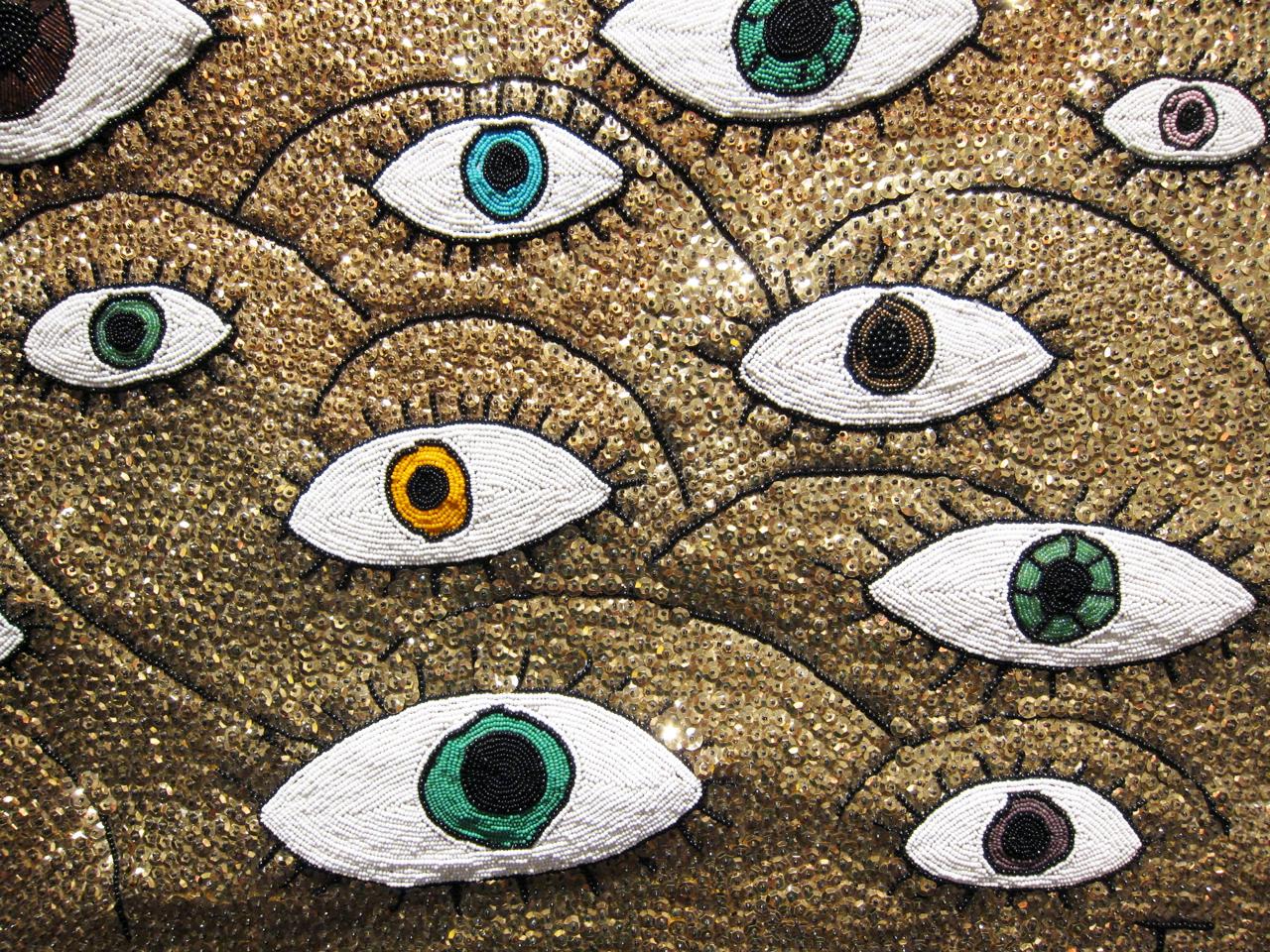 Hello from sunny Miami! Sight Unseen has been here all week attending the 2013 Art Basel and Design Miami shows, and it's been a wild ride, as usual. We've brunched with Ruinart and Piet Hein Eek, partied with Dom Perignon and Jeff Koons, and seen performances by Jonah Bokaer and Pharrell. We almost did yoga with Grey Area, but got (happily) stuck hanging out at NADA instead. We tried to document it all, but it hasn't been easy — here's a small taste of what we've seen so far! We'll be back next week with a more comprehensive post, but for now, check out these pics and then head over to our Facebook album to see dozens and dozens more.
More