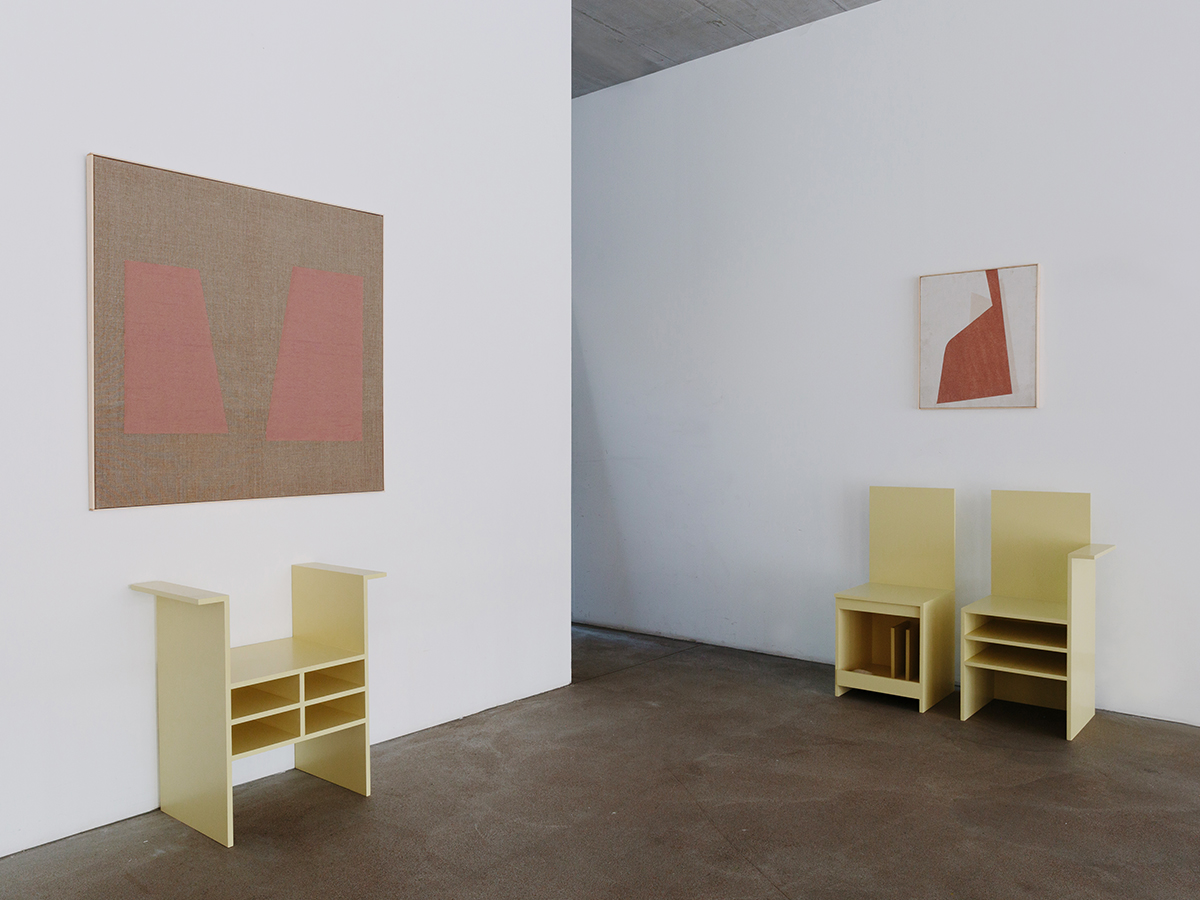 Two Berlin Artists, On View at a Café Where Brunch Meets Brutalism

The definition of gallery keeps expanding, and perhaps our favorite new entry is the mezzanine of the year-old café Baldon, located inside architect Arno Brandlhuber’s terraced, brutalist Lobe Block building in the Wedding neighborhood of Berlin. On view until the end of the month is a show that combines two artists of recent interest — Kim Bartelt, whose home and studio we featured here earlier this fall, and Yellow Nose, a Berlin-based studio founded in 2017 by two Taiwanese architects, Hsin-Ying Ho and Kai-Ming Tung. Bartelt’s works — which depict abstract shapes made from tissue papers that Bartelt sources or saves from everyday occasions — match nicely with the elemental furniture by Yellow Nose, a sextet of chairs and benches with Juddian proportions, a subdued color palette, and unexpected drawers and compartments in which to hold ceramic tableware pieces, also by Yellow Nose — a nice tie-in to the dining scenario below. 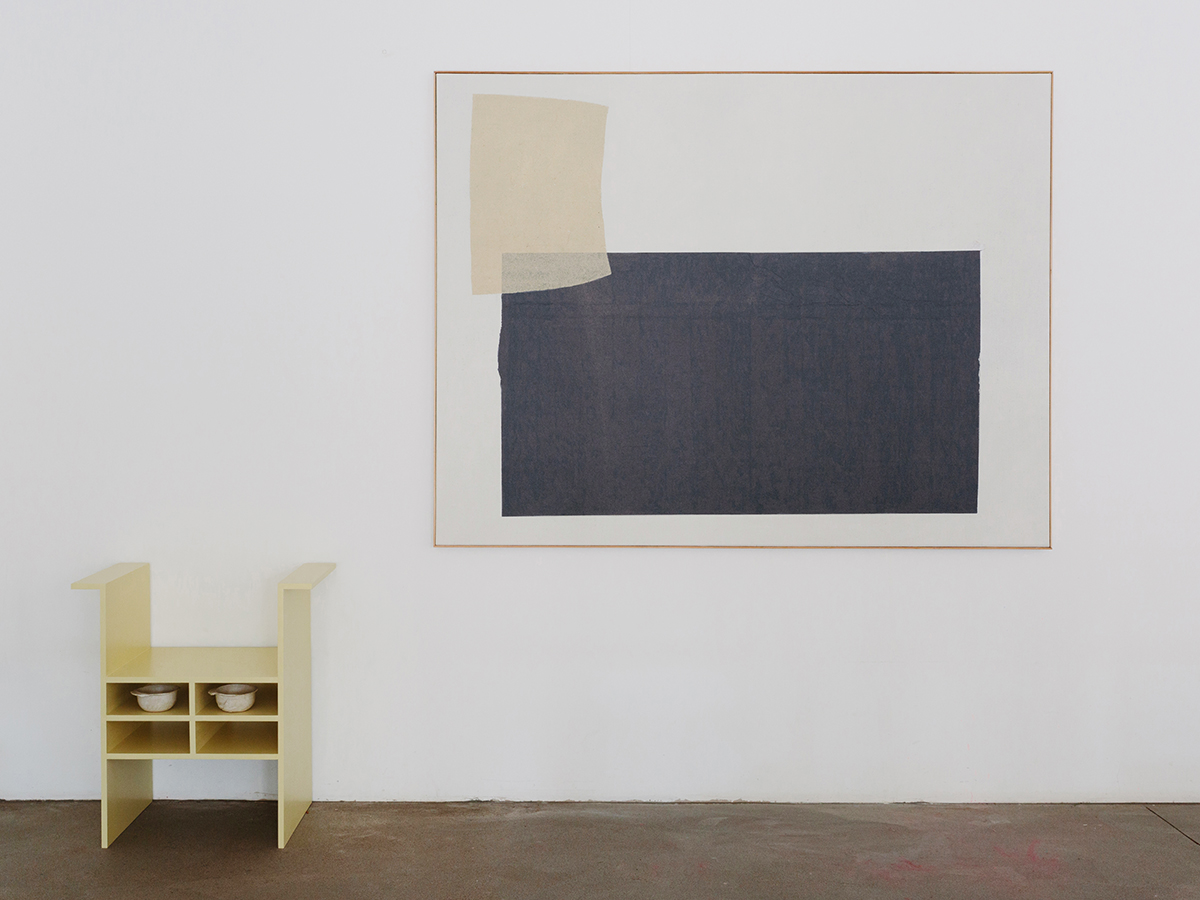 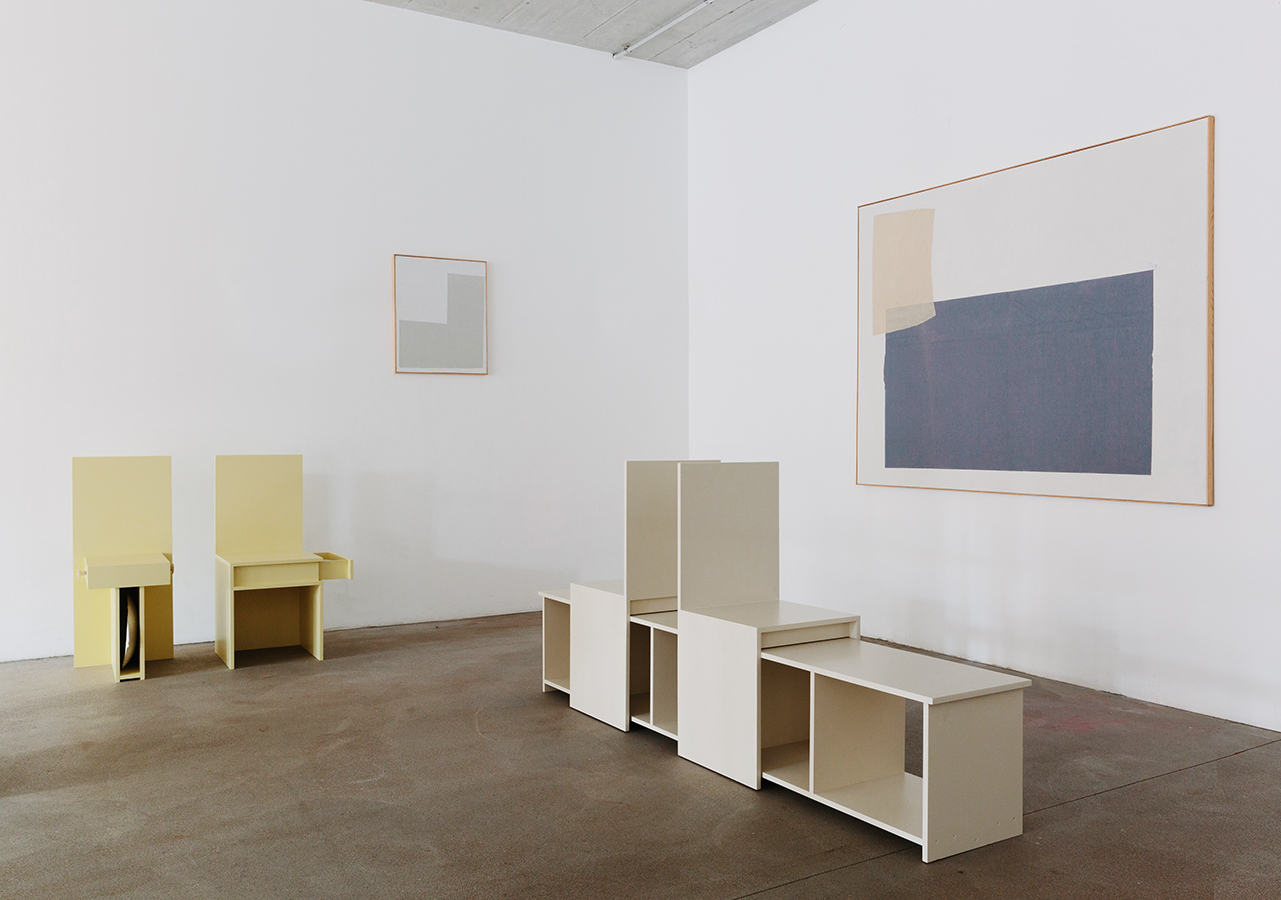 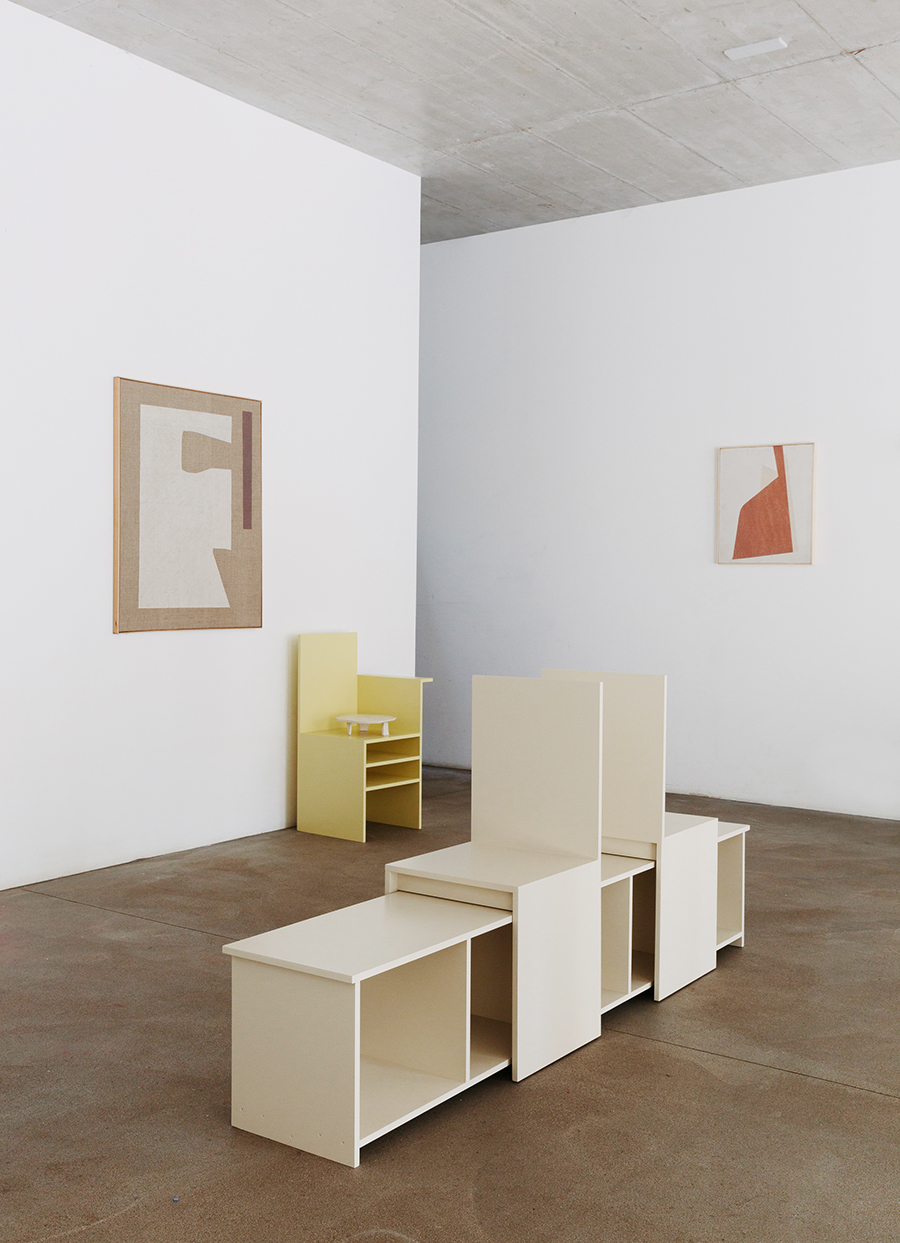 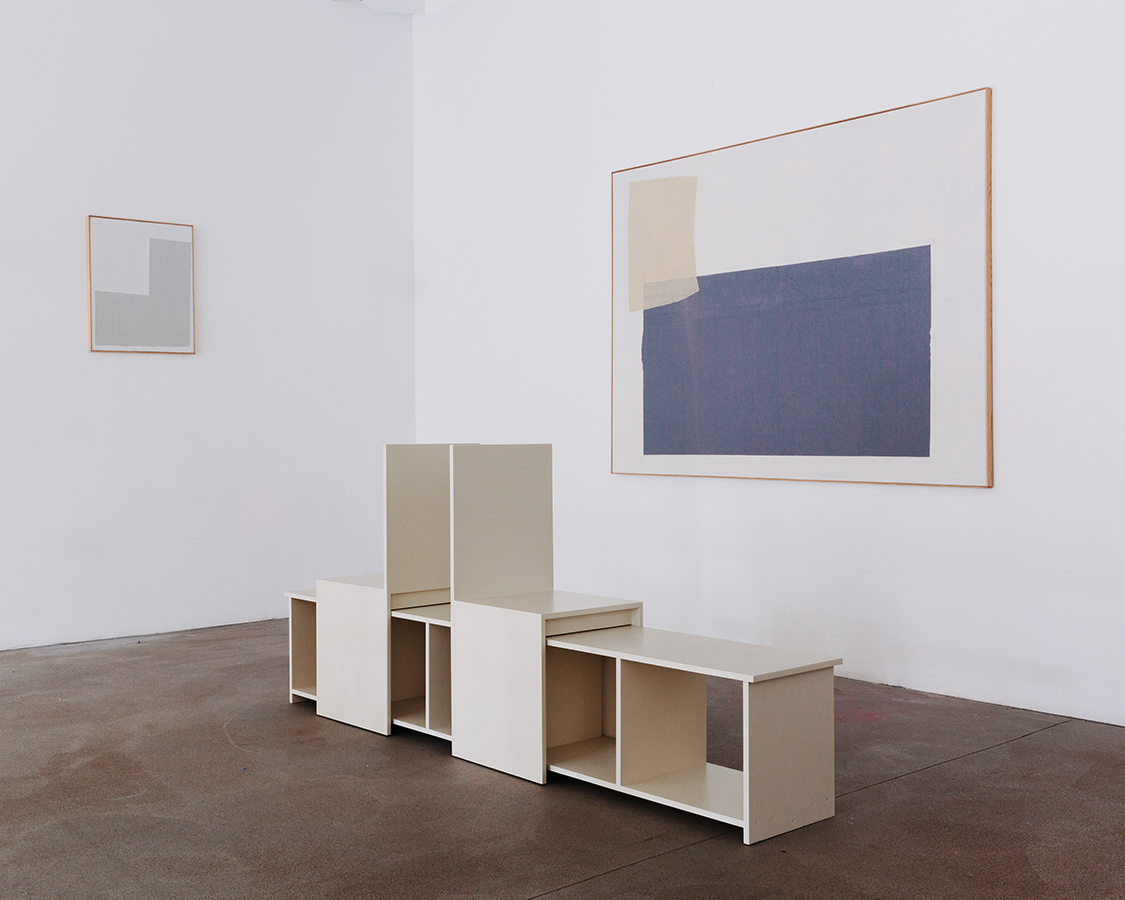 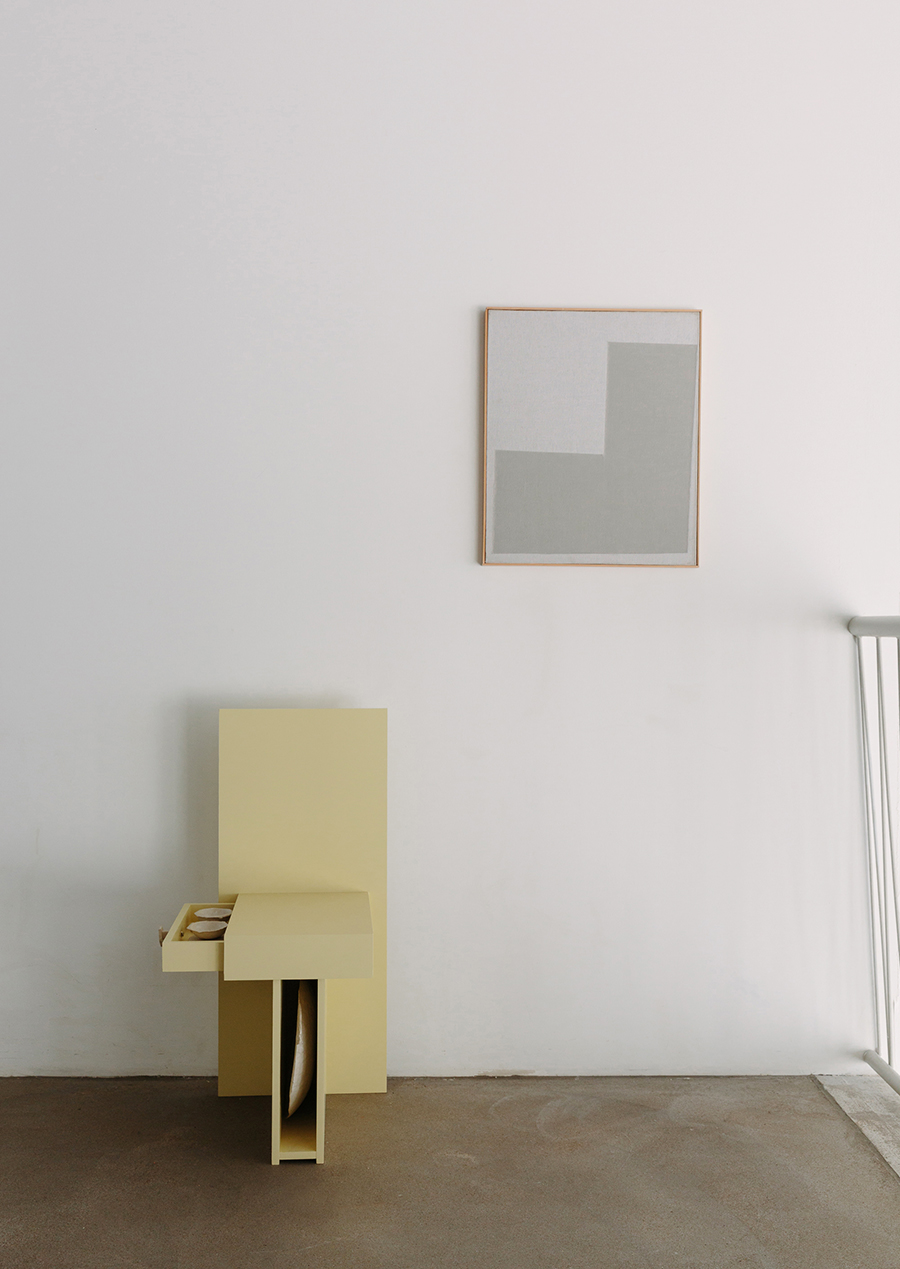 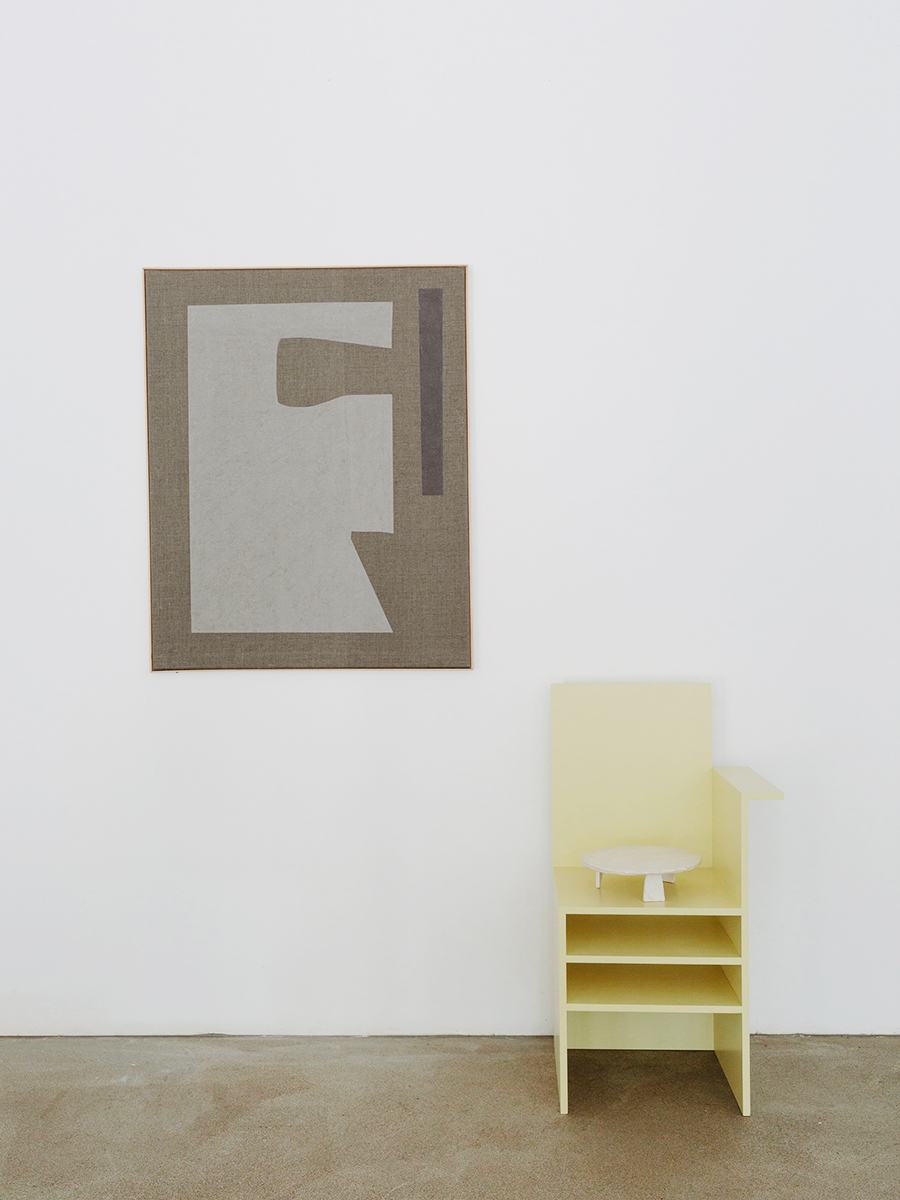 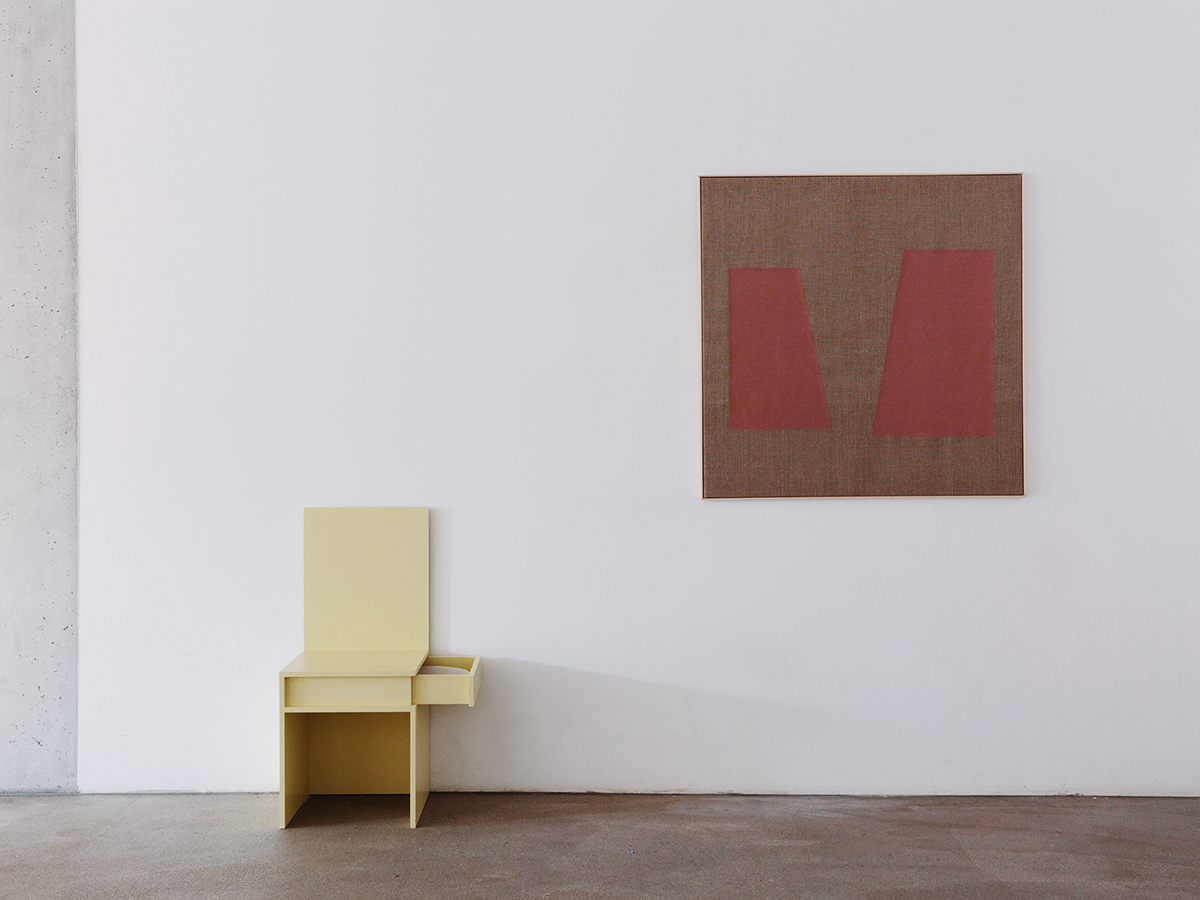 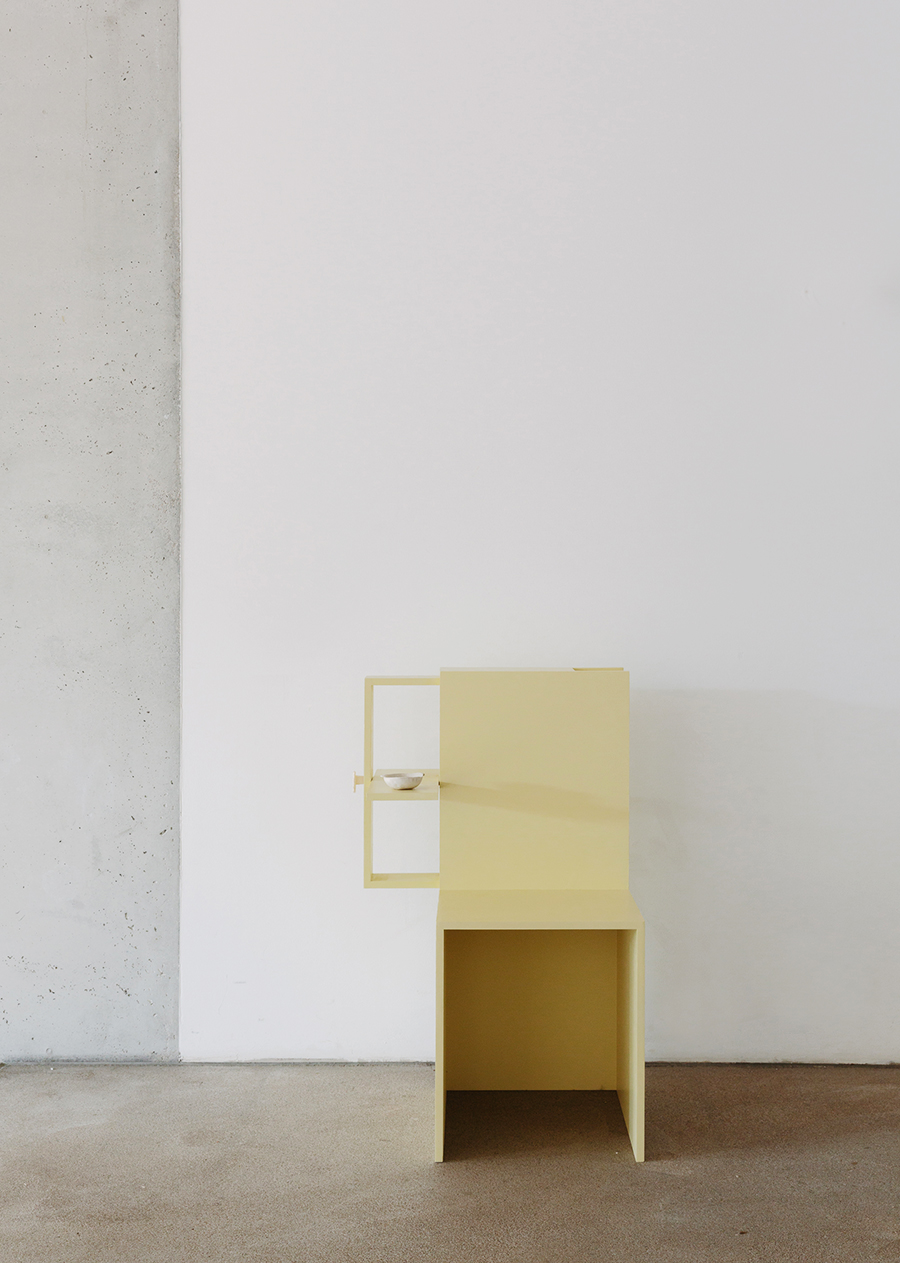 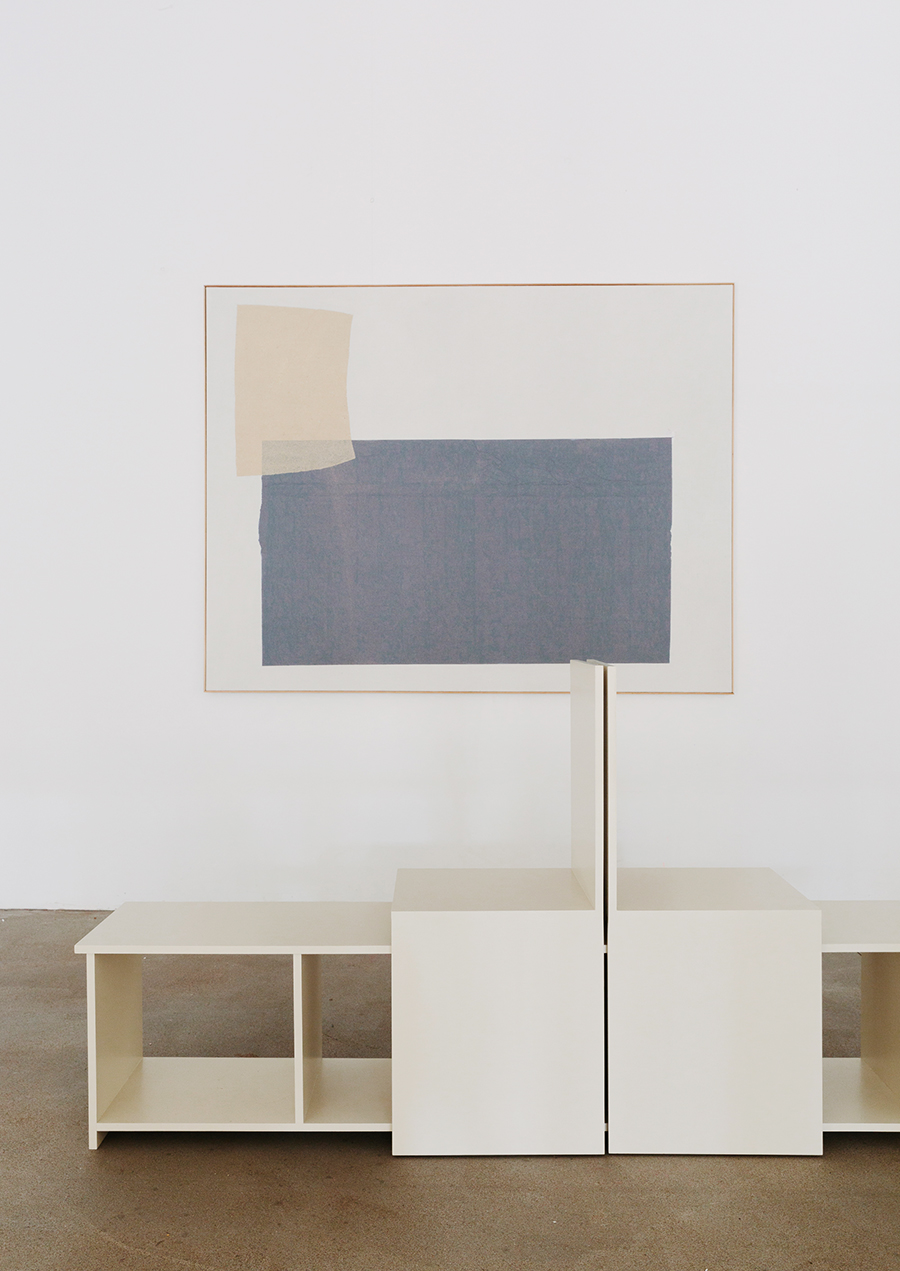 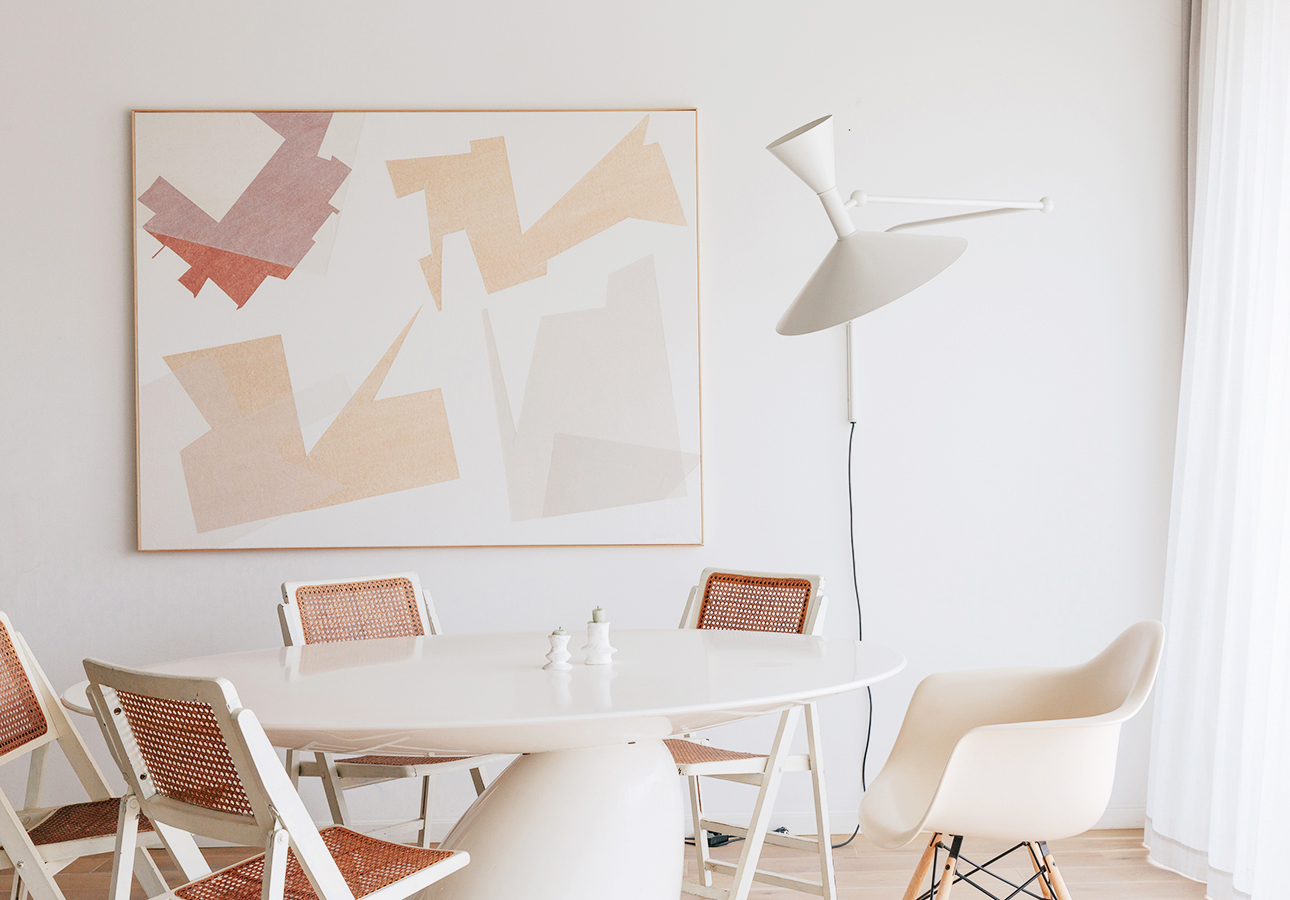 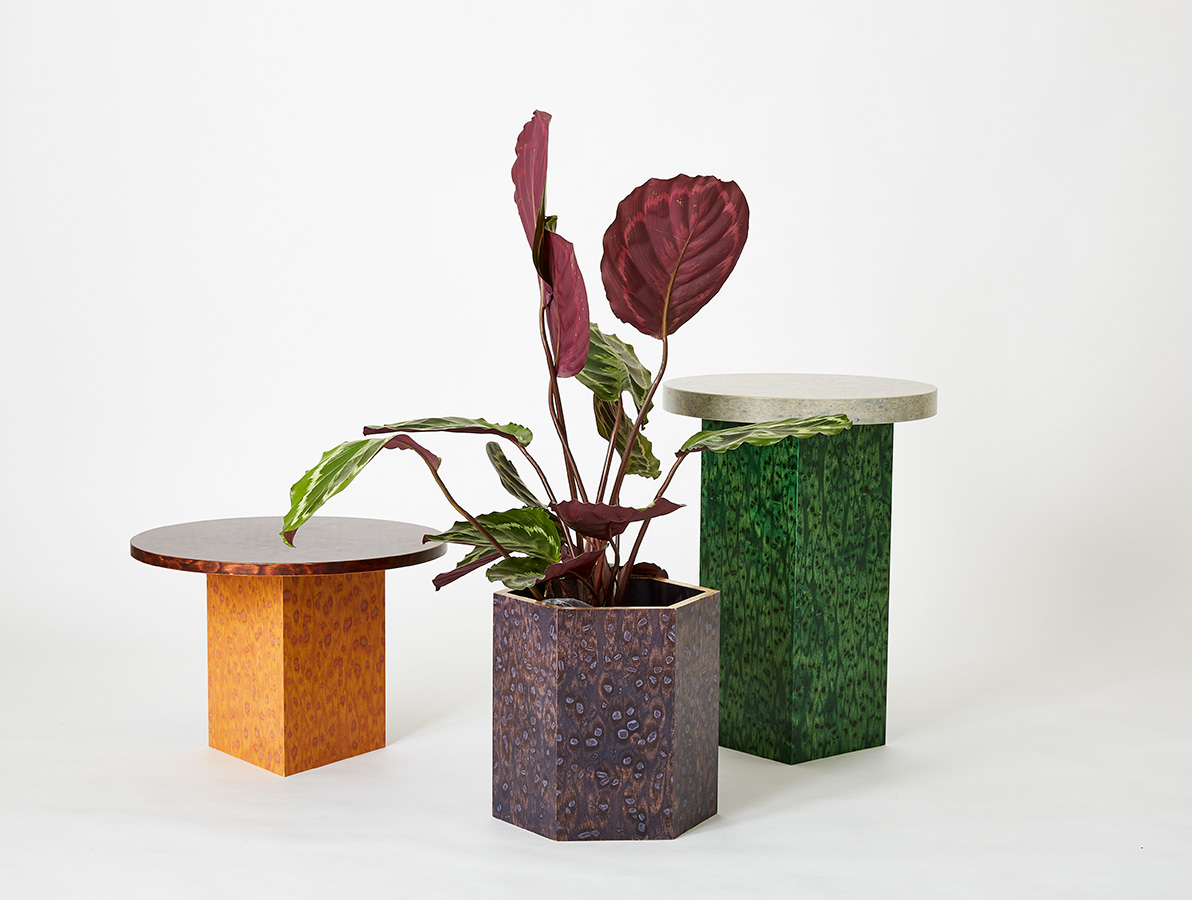 This week, for Sight Unseen OFFSITE, they’re debuting two new projects at Assembly New York on the Lower East Side: A fringed overhead lamp called Fran, and the latest addition to their ongoing Osis line, a range of colorful, customizable side tables.
More 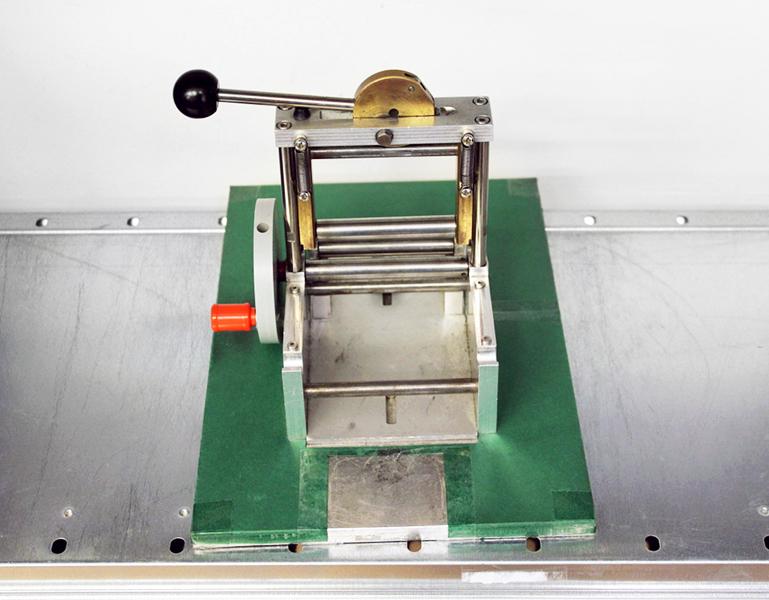