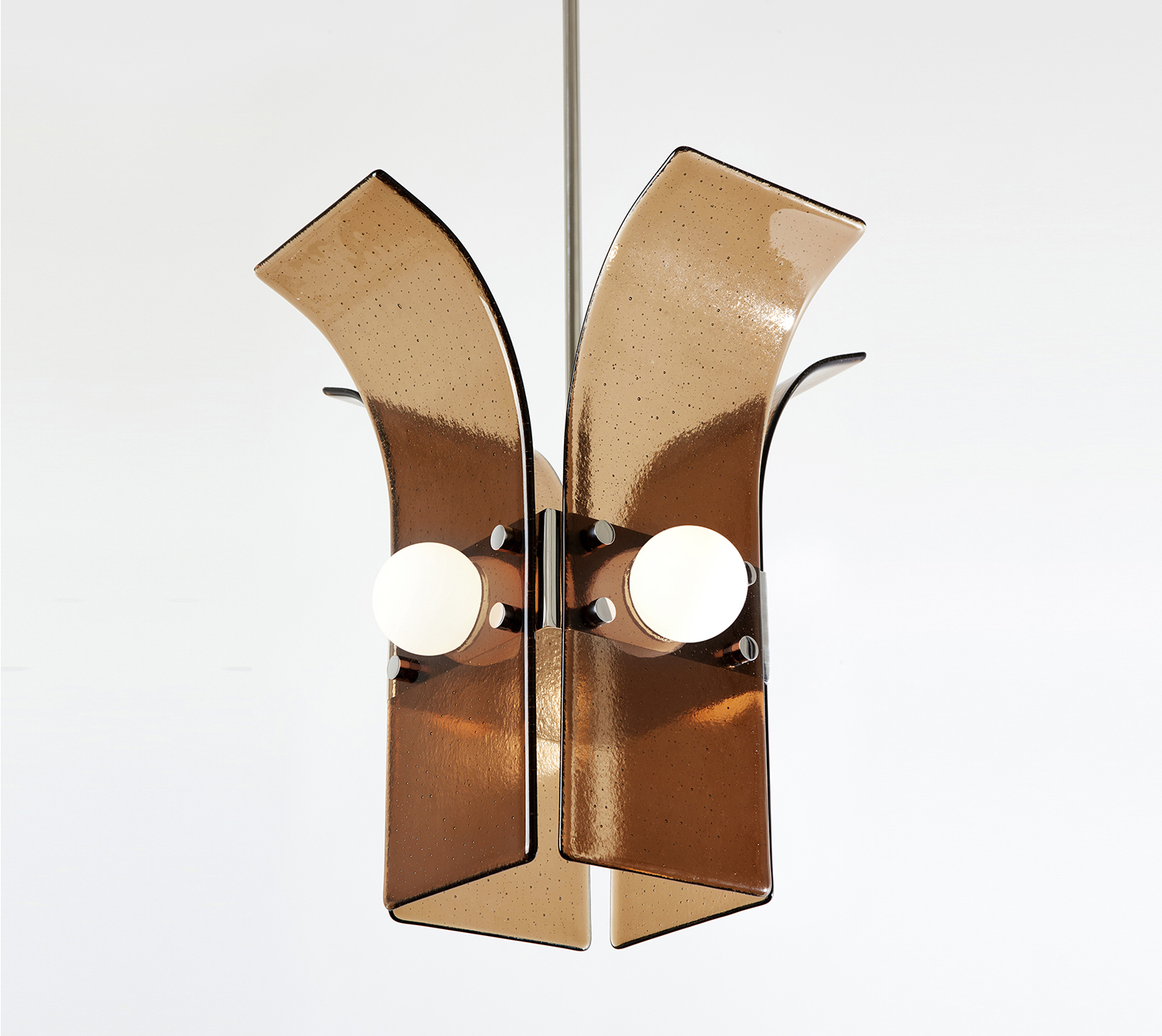 “Growing up, I always love stained glass,” recalls Peter B. Staples, discussing the early design experiments that would eventually lead to the launch of his lighting brand Blue Green Works. “I grew up in a Craftsman-style home, and one summer, my dad and I found the plans for the original stained glass lanterns. We taught ourselves how to fix and recreate them. I was probably 12 at the time and that experience really stayed with me.” But while the exercise was clearly formative, Staples would have to take a circuitous path through the New York design scene before returning to lighting. Having previously worked in communications and organizational positions at The Future Perfect and Apparatus, Blue Green Works marks the first time Staples has designed a collection himself — which you would never guess just by looking at it.

The collection’s two bodies of work, Palm and Fiber, feel like equally thoughtful explorations of totally disparate materials. The former, a series of sconces, pendants and floor lamps in jewel-toned, hand-worked ‘slumped’ glass, was inspired by the blocky forms of the Modernist homes that populate Fire Island Pines. The latter, FIBER, employs raw fiberglass and resin to create moody wall-hung globes and suspension lights that seem closer in appearance to straw thatching than the race cars, skis, or other sports equipment that share a common material. We recently called up Staples to chat about his new collection, tackling design for the first time, and what it was like planning a brand launch during a pandemic. 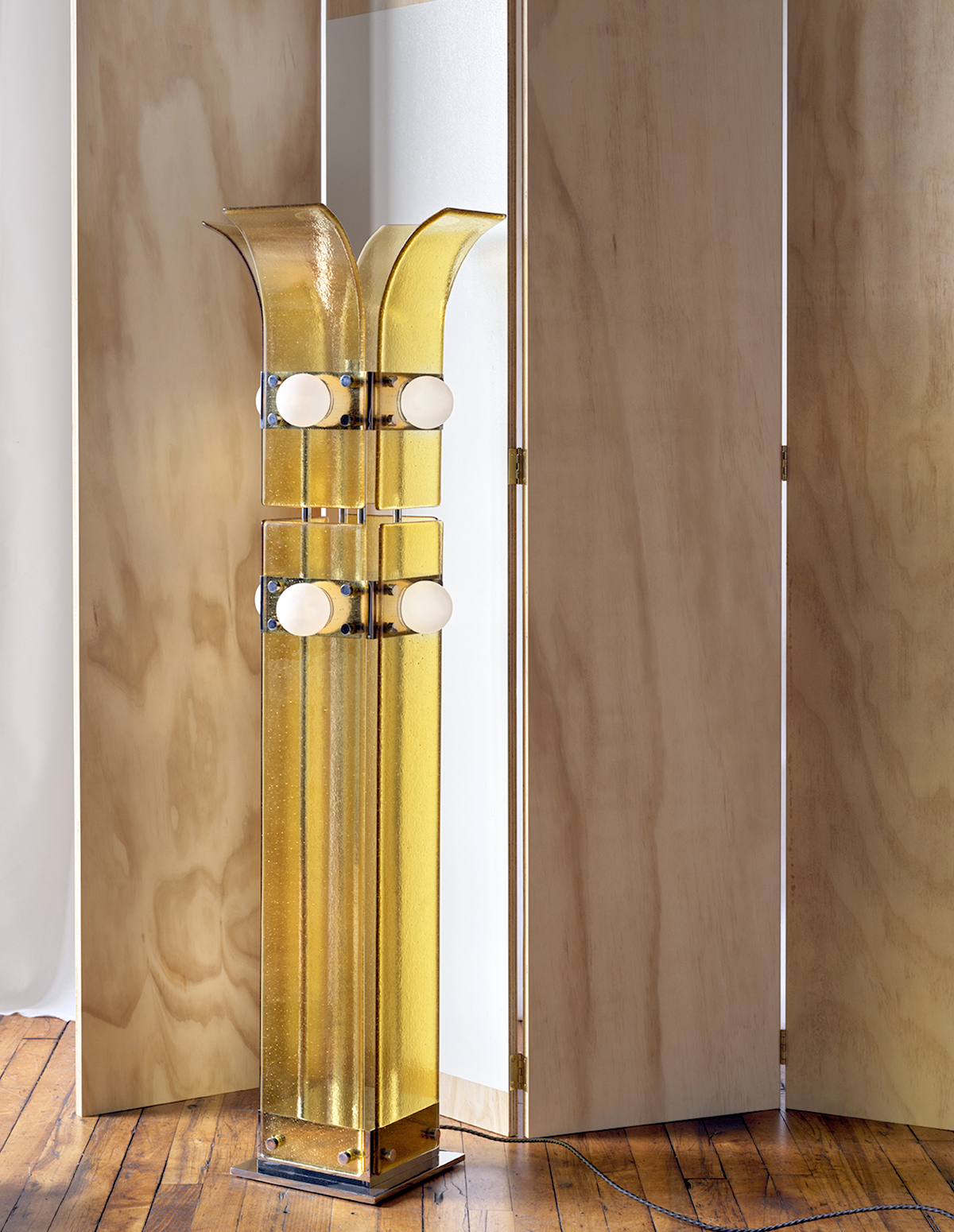 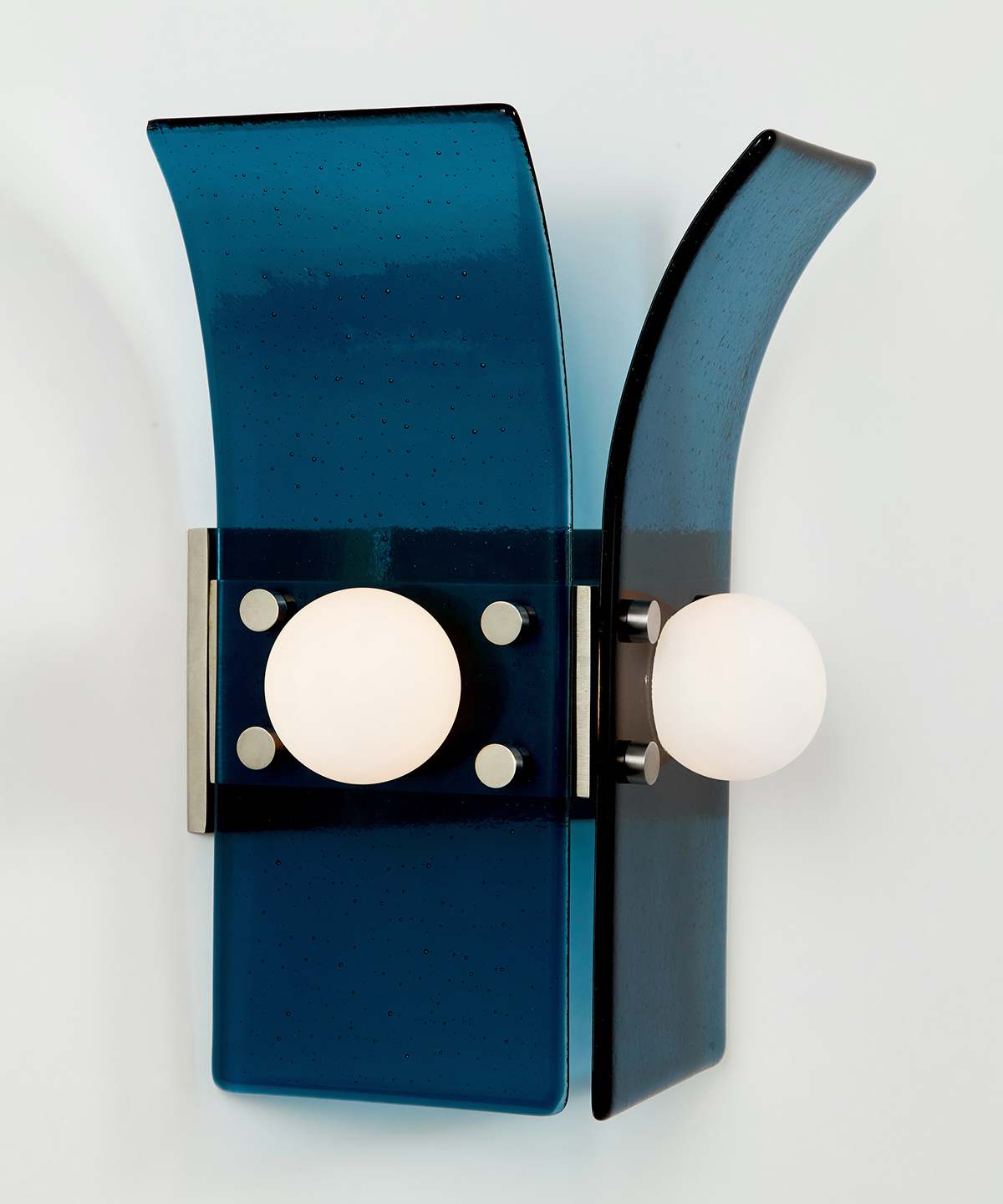 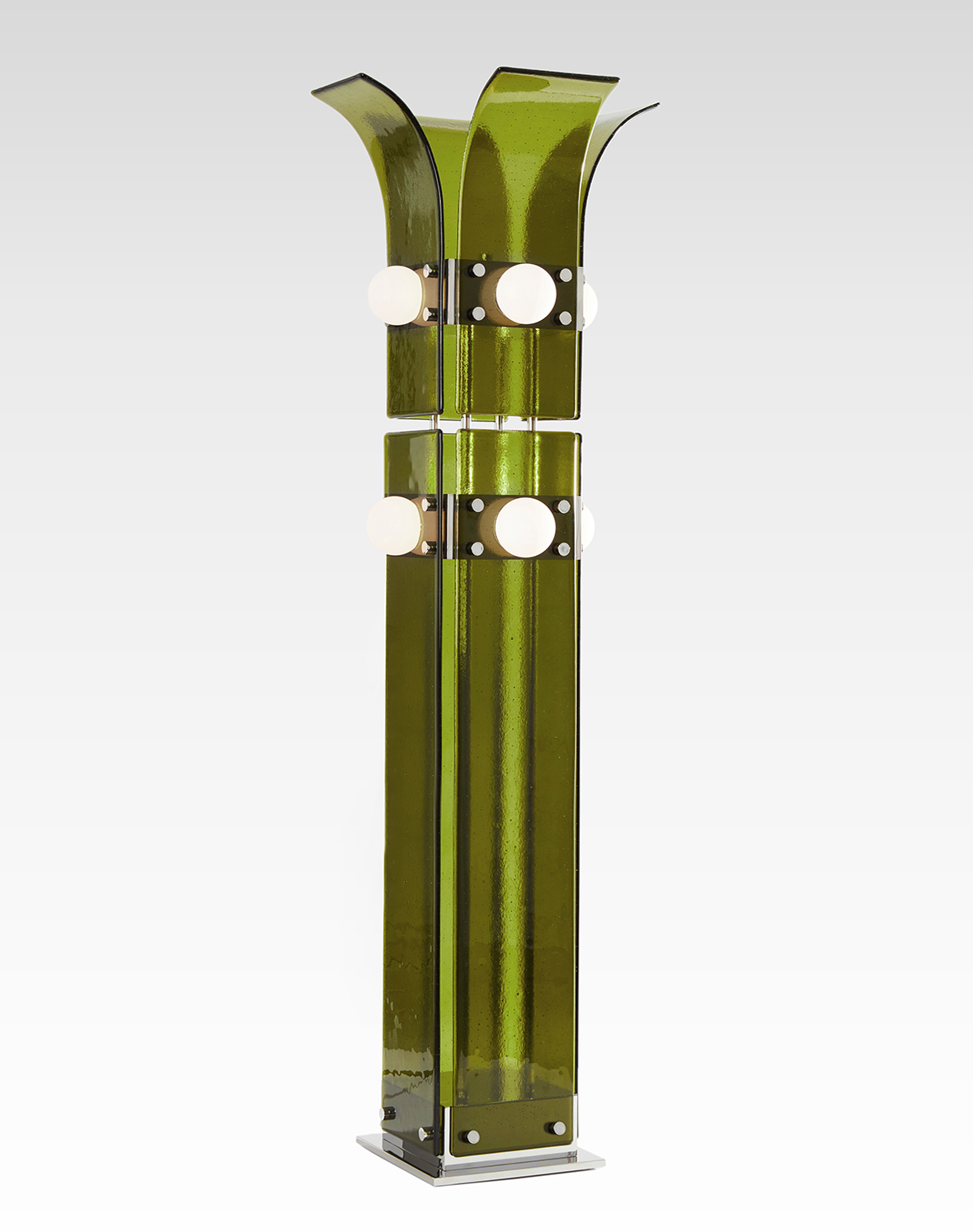 You’ve been working in the design world for a while now at places like Future Perfect and APPARATUS, but always behind the scenes. What made you decide to launch your first collection lighting collection?

It hasn’t been a straight line in many ways, but it all makes sense that I arrived here. In retrospect, there seems to have been a plan. I studied cinematography and film theory, I moved to New York, and I was working in the art world. I somehow found my way to design when I started working with David Alhadeff at The Future Perfect. At the time, it was an interesting point for the gallery because it was starting to expand and work with a lot more international artists. We were defining what it would become. I really found a home there; it was an amazing experience and David has really helped nurture my tastes and believed in the things I believe in. I then left and went to Apparatus in the early days of the company to help define the brand and guide the language and was heavily involved in creating the visual presentation. Bouncing back and forth between the two, I realized I was in the right area but I hadn’t really found my spot.

So how did you finally transition to becoming a designer?

I eventually started doing some interior design projects, but more than anything I knew that I wanted to do my own thing. I was actually on Fire Island with one of my clients and some mutual friends. And he asked me, “What is it that you want to be doing? Clearly, you have the greater vision.” And I was like, “I think I want my own collection.” Those early conversations included my longtime friend James McAvey who helped me form the business and became our Head of Operations. We’d been talking about starting a company together for years. He’s great to bounce ideas off of, but really helps manage the business side of things. I then brought on my other partner, design director Dan Persechini, who is a designer and engineer I knew from Apparatus. He’s a person who is super creative and knows how things actually work. We’d also been talking about starting a company for years and he came to the table with so much. He was also really able to help hone the more technical aspects of the design and engineering process and bring everything into the world. 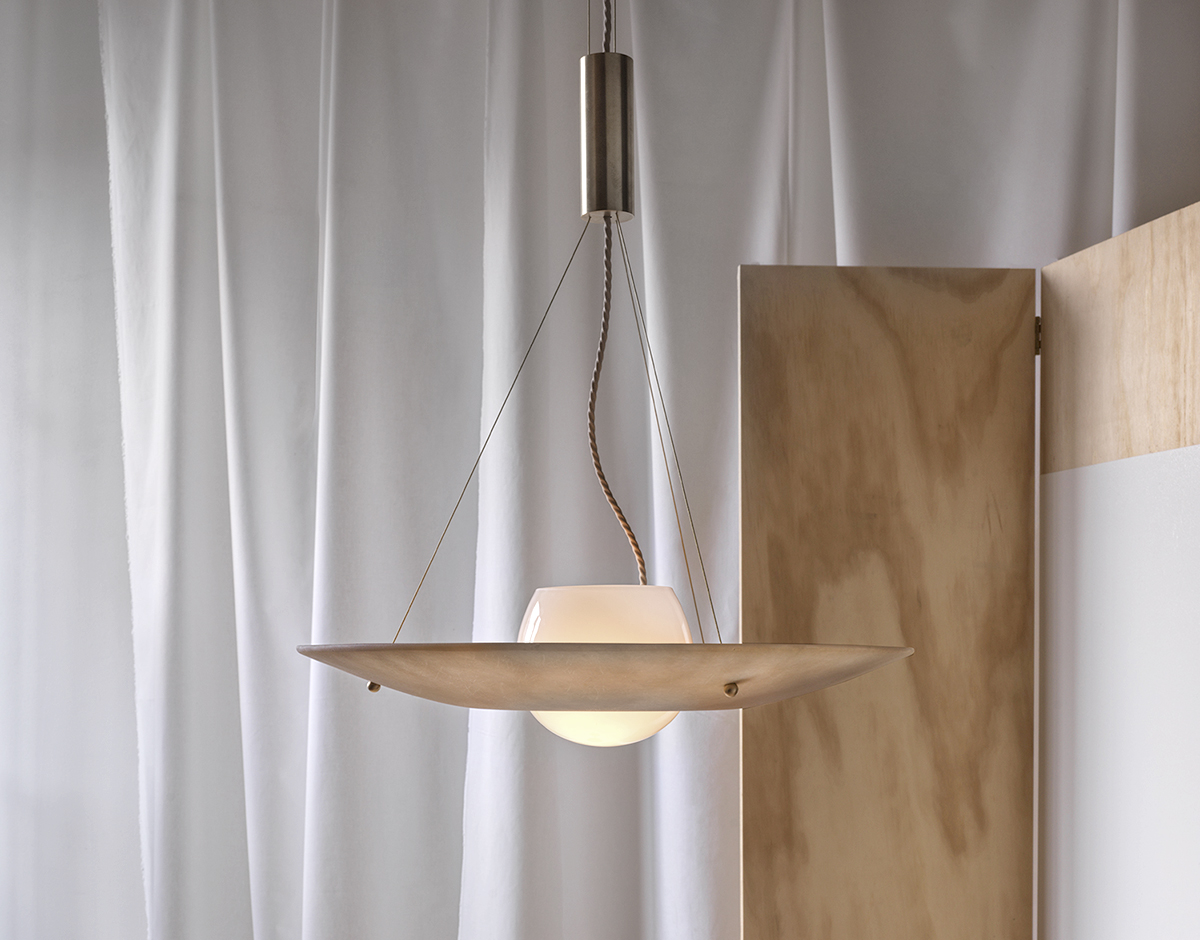 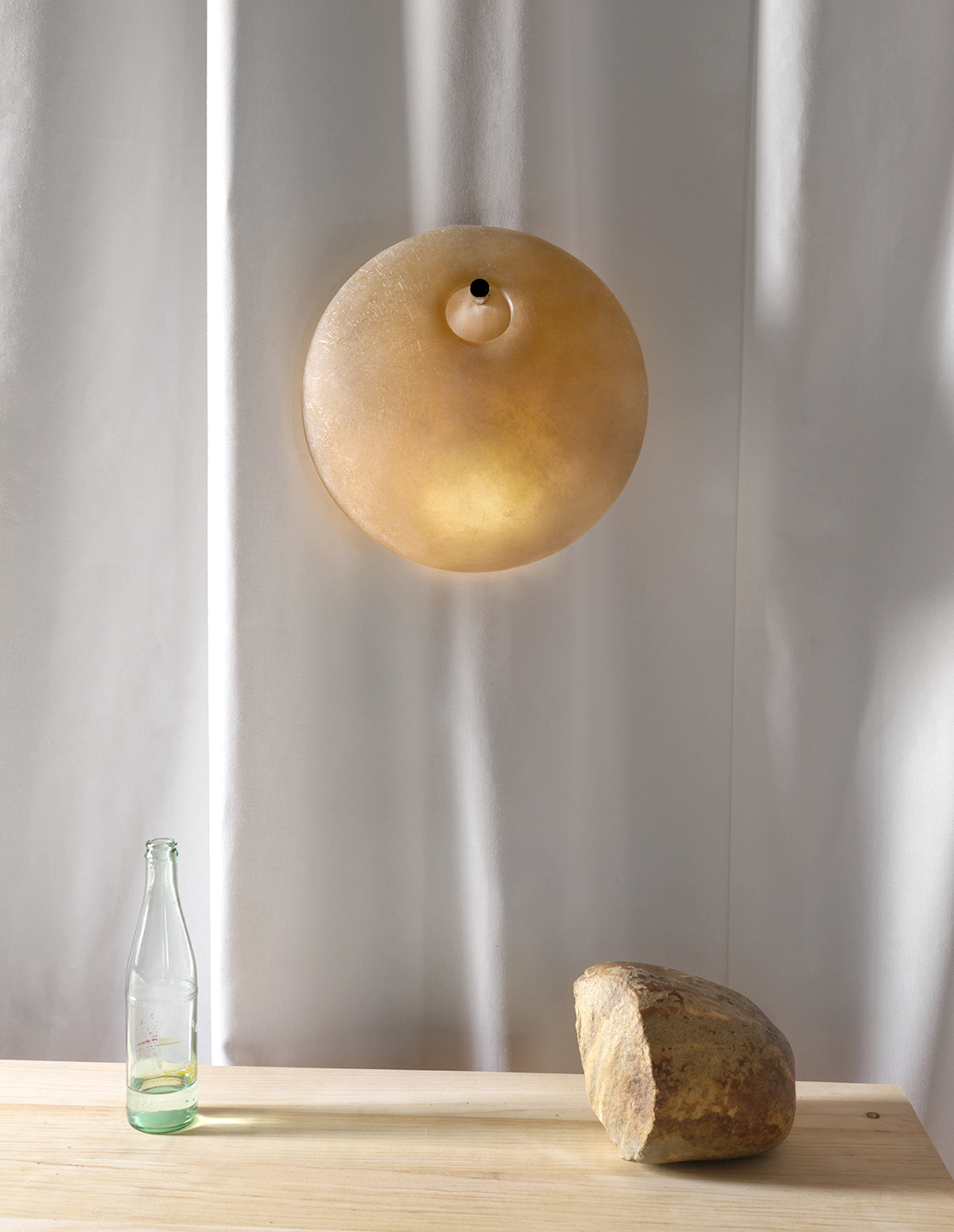 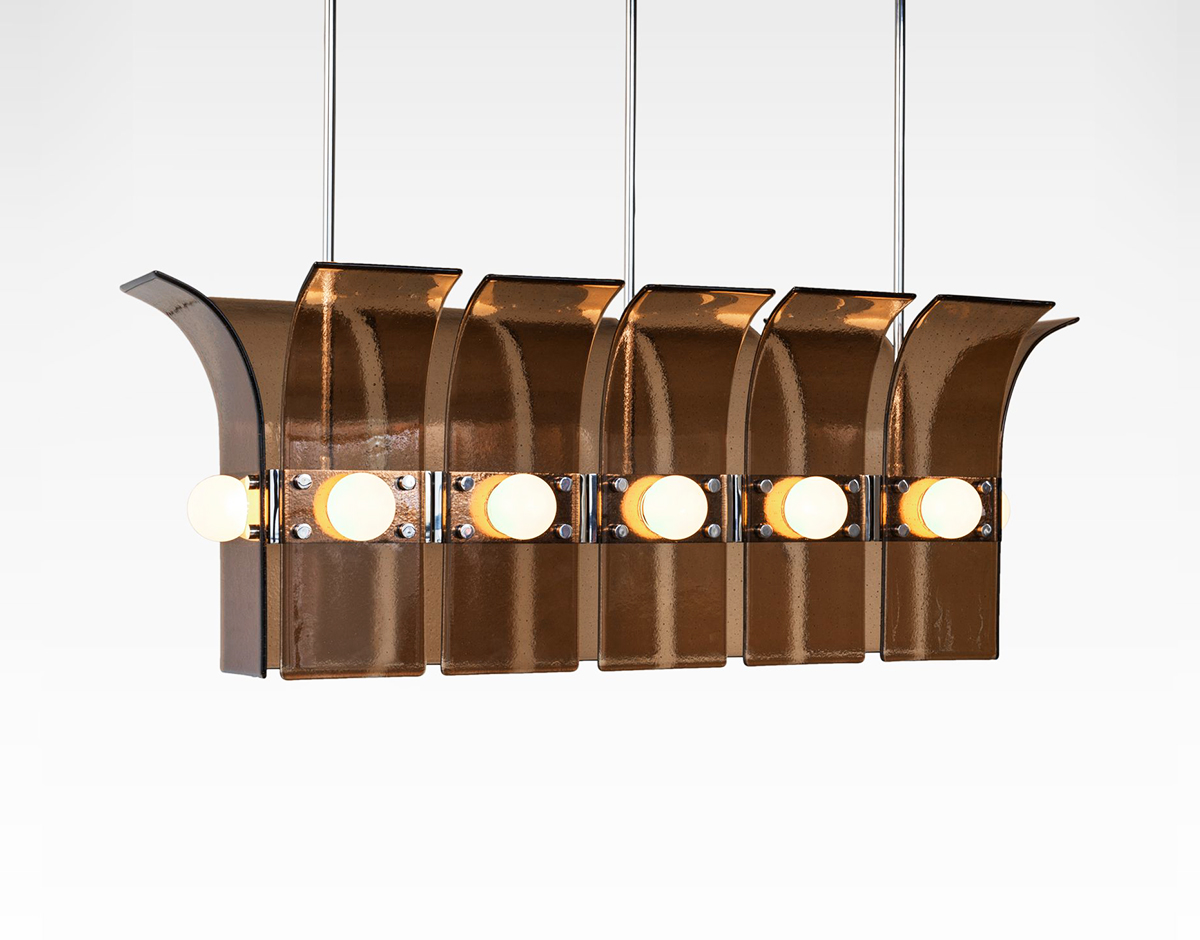 Let’s talk about the two collections you are launching: Palm and Fiber. You’ve written that Palm is inspired by the architecture of Fire Island Pines. Can you tell me about that?

The form of Palm was inspired by, yes, by the architecture of Fire Island Pines — this beach modernism, which has a feel of ’60s Brutalism to it and is rendered in weathered wood. It has a softness and hardness to it at the same time. I wanted to create something that felt like one of those houses. For the glass, I wanted to create something that would remind you of the glass in an old lake or farmhouse — that rippled look. Or the glass you find on a beach that has this beautiful softness to it. Combining that with these 60s, beach modernist forms. There was a lot of finessing the proportions, creating the exact radius and curve, to reference the style without being too nostalgic.

The construction is really integral to the design, because it’s very stripped down and clear. It pulls together those references but just on its frame. I was able to consult with a friend of mine who is a glass artist in Seattle. He engineered the process and the production in a really small studio there. They do this technique called glass slumping, which is really interesting. Two pieces of glass are fused in a kiln and then slumped over a bowl and hand-worked over the mold while still in the kiln, which creates a really interesting effect. So it has this really beautiful texture to it that gets soft and distorted. In the end, it has a durability to it, but also a softness because of the way the light reflects in the distortions.

The two collections are both really interesting in their own right, but very different from one another. Not only in form and construction, but also in materials. It’s unusual to have such a variety of techniques and materials in your first collection.

I wanted to present a diverse vision. I believe very strongly in starting out the way that you want to proceed. I think that is what Blue Green will always be about. I think it will always have a pretty diverse offering. I want to work with things that interest me, and I believe there’s something related about all of them, but I don’t want to get too hung up on everything feeling the same. At the end of the day, I really want to make work that is useful and usable. 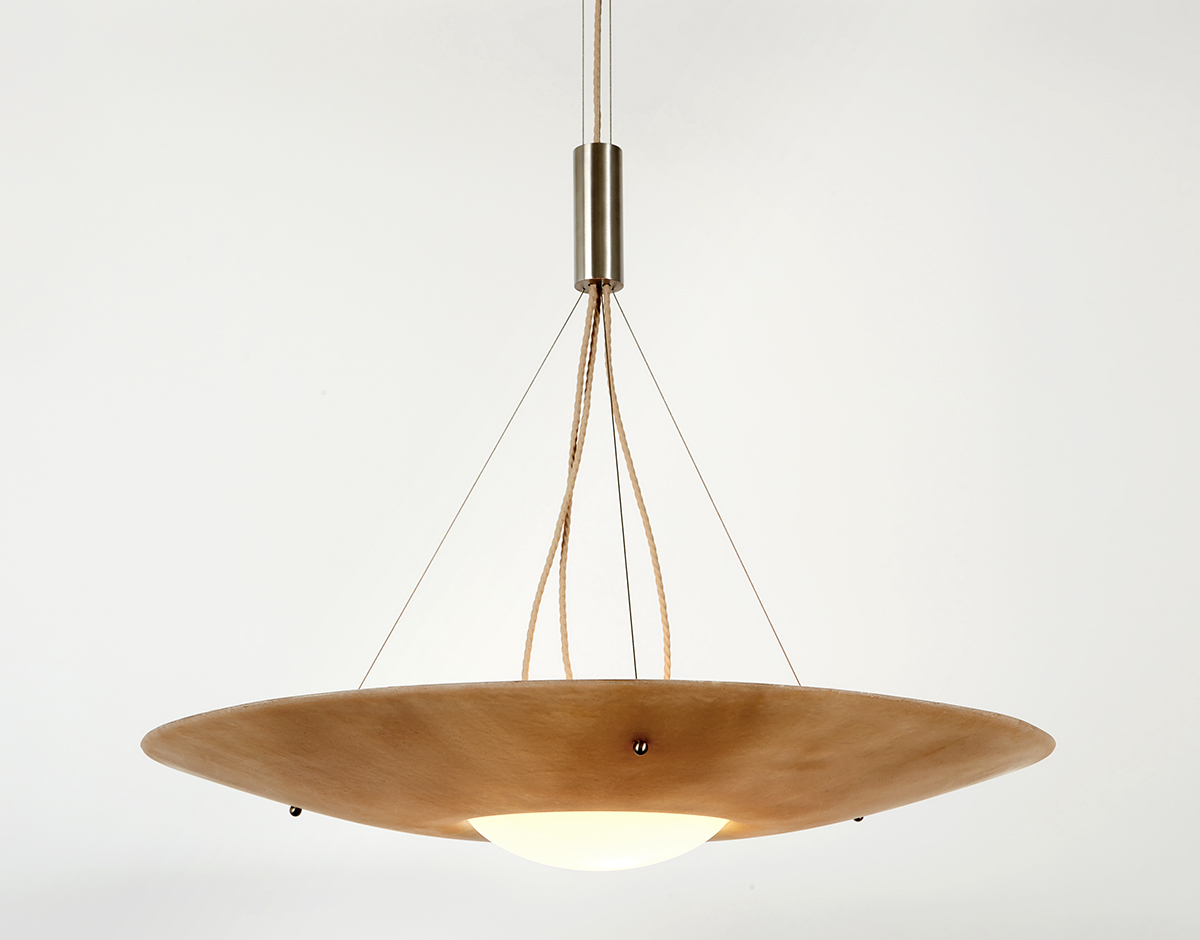 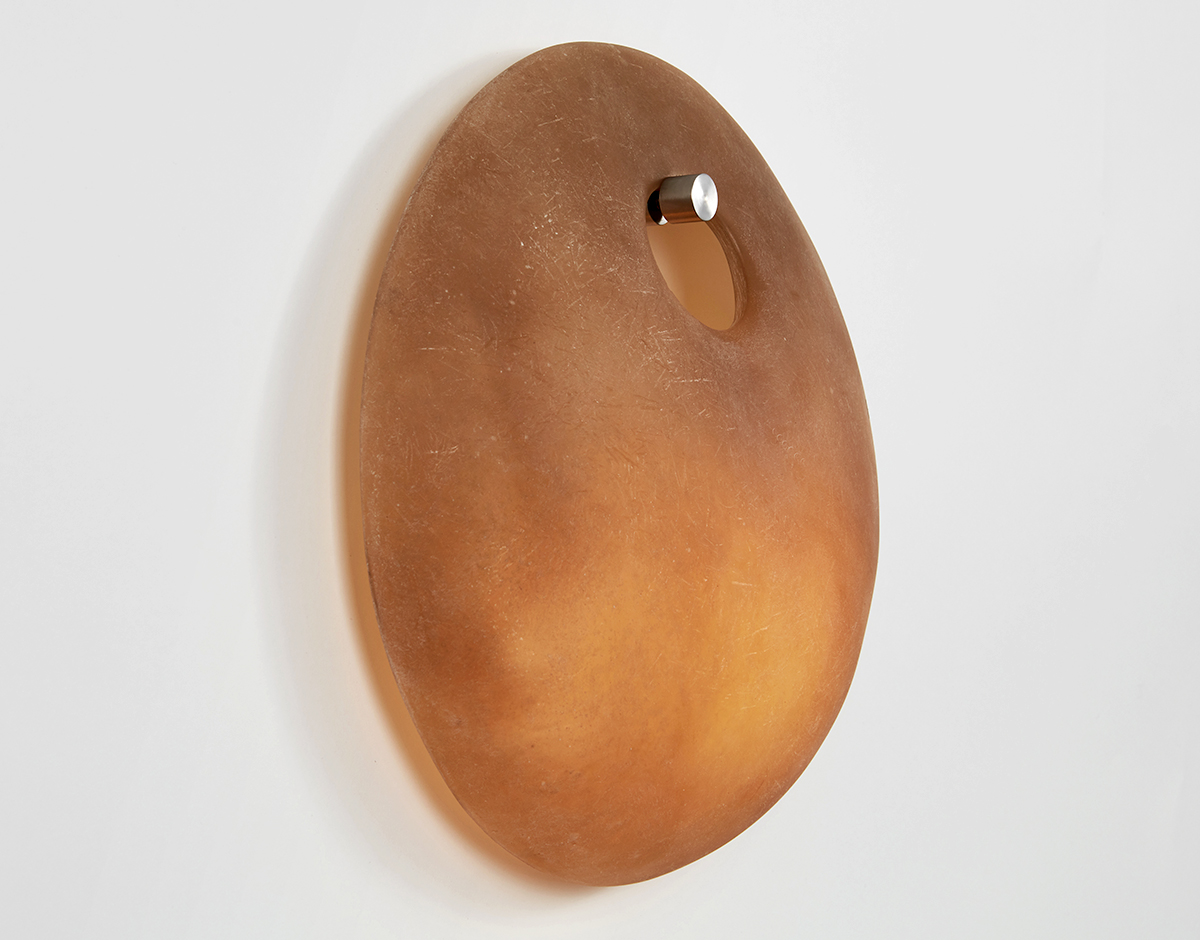 So tell me a little bit about how Fiber came about.

Fiber was not so much an opposition to Palm but exploring a different side. To me, fiberglass brings to mind nautical references. It has this really strong connection to the spirit of those spaces. It also has a texture that, because of the way it’s made, feels very organic. It has this varied surface and light comes through in patches, even though the material isn’t organic at all. I was thinking about what kind of lighting goes in a house on Fire Island but also a loft in Tribeca. How can this be adapted and transformed to work in a lot of different spaces?

What was the process of experimenting with fiberglass like?

It was interesting because I never really thought that raw fiberglass was such a hard material to work with. I thought: I want raw fiberglass, how hard can that be? So I started talking to fiberglass shops. I found this great shop on Long Island that does a lot of really cool work for fine artists, but they also do a lot of race car parts and things like that. I had initially asked for raw fiberglass, but when I started getting samples I realized that raw fiberglass was not at all what I had in mind. So, during the process, which was a solid seven or eight months, it was just getting the color and texture, right. It really unraveled my idea of what raw fiberglass was and how they actually work with it. I came to find out it was more my fantasy of fiberglass than the reality. But it was a really interesting process to work on. The guys that I was working on it with were great. And it was something new for them than what they were used to.

Actually, I didn’t have a sample that I was totally happy with until the morning of the photoshoot. This guy from Long Island drove down in the morning and showed up to the photo studio with the sample — he had actually sent a photo the night before and I was like, finally I can sleep, it’s gonna be great — but he showed up the next day with these samples that blew me away. He just really knocked it out of the park. 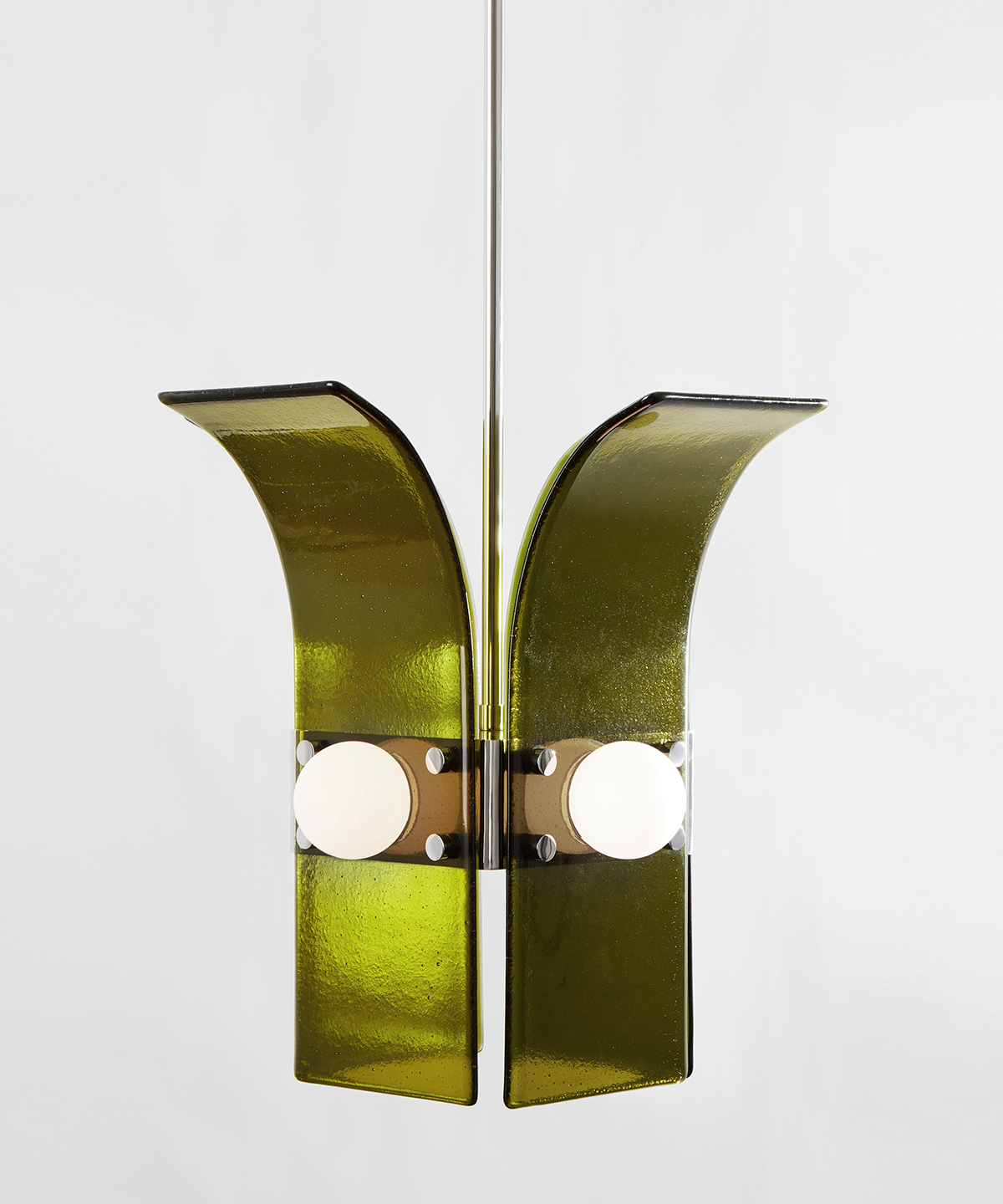 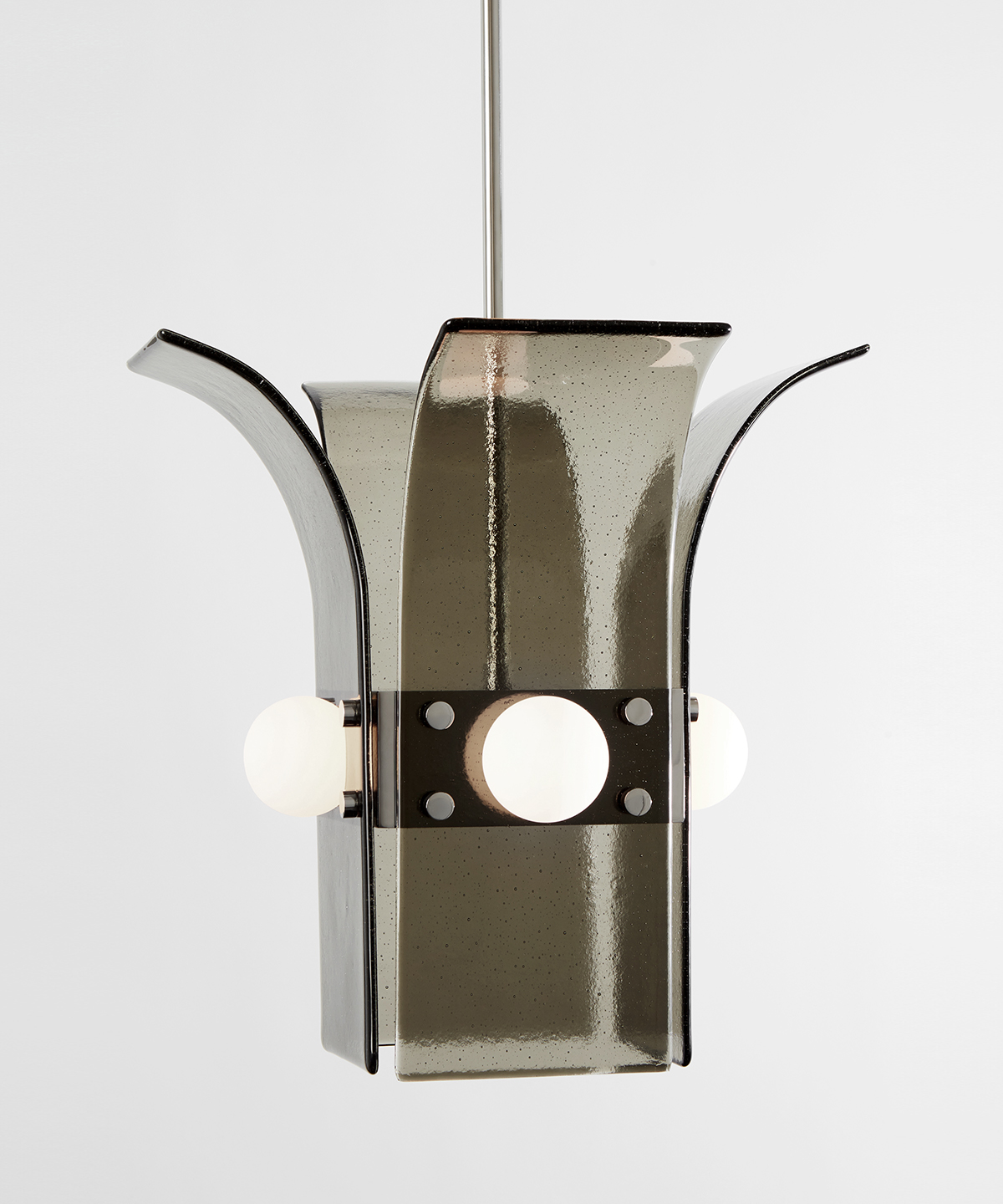 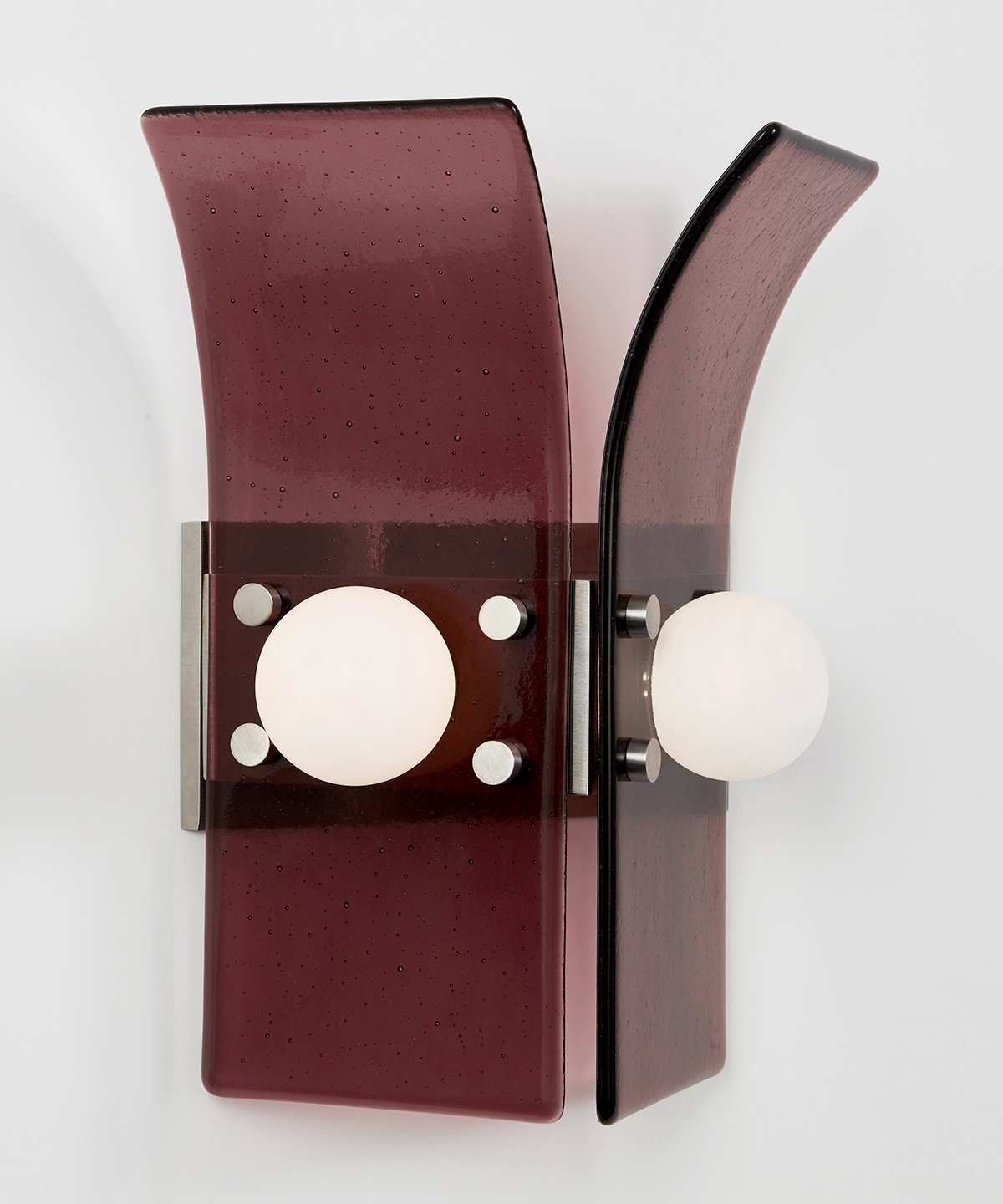 You started planning the launch of the brand just as the pandemic hit last year. How did that work?

It was difficult, and there were a lot of unexpected delays. Like weird material shortages that would pop up seemingly out of nowhere. For the fiberglass, we use surfboard resin because it’s clear and there was a global resin shortage — who knew that could be a thing? It made things very complicated. I think that on a creative and emotional level, there was something about planning for a future at a time of such uncertainty that was a little surreal. I just kept imagining that in a year we would launch this and carry on. It helped me to have something to focus on. I think that because of it, there was a lot of growth, on both the creative and emotional levels because I was able to have all this bandwidth and energy. I needed something to distract myself with and it really helped. Globally, it was such a traumatic year but I was able to really keep myself sane.

Have you started working on the next thing? Or are you just going to focus on the first collection for a while? What do you see for the future?

I’m already working on the next collection, which is exciting. It’s going to be some new materials and some new forms, but it’s also going to be a certain evolution of what you’re seeing now. I’m also thinking about how to create a brand that I think a lot of different kinds of people can interact with. I want to always have pieces that feel a little bit more luxurious but I also am really interested in making some more simple things. 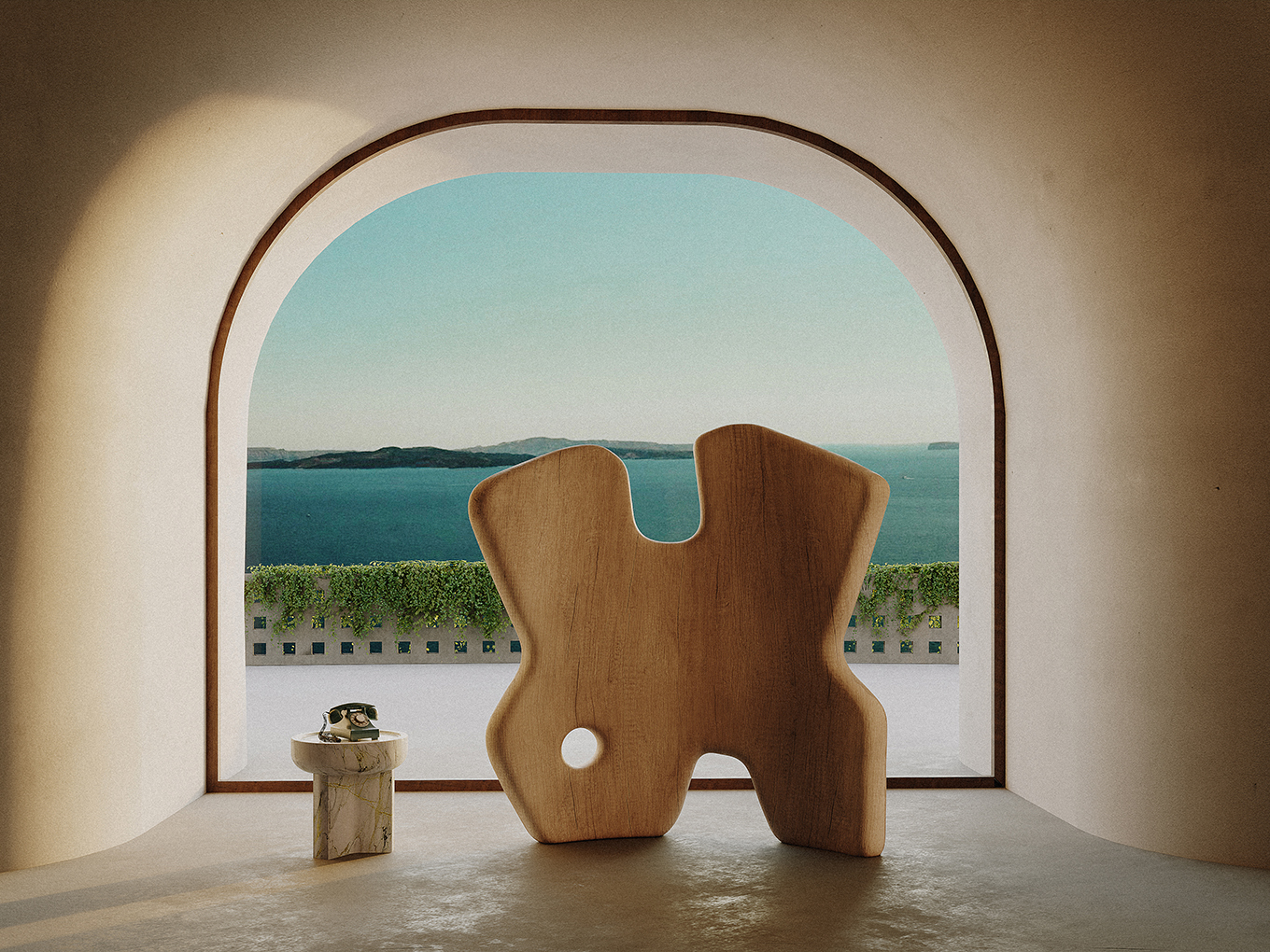 Composed, among other things, of an amorphously shaped solid oak screen, a desk in shifting planes of walnut, and a sofa formed from four upholstered tubes, Joris Poggioli's Enamorados capsule collection is reminiscent of intertwining bodies and was designed as “an ode to love in all its forms.”
More 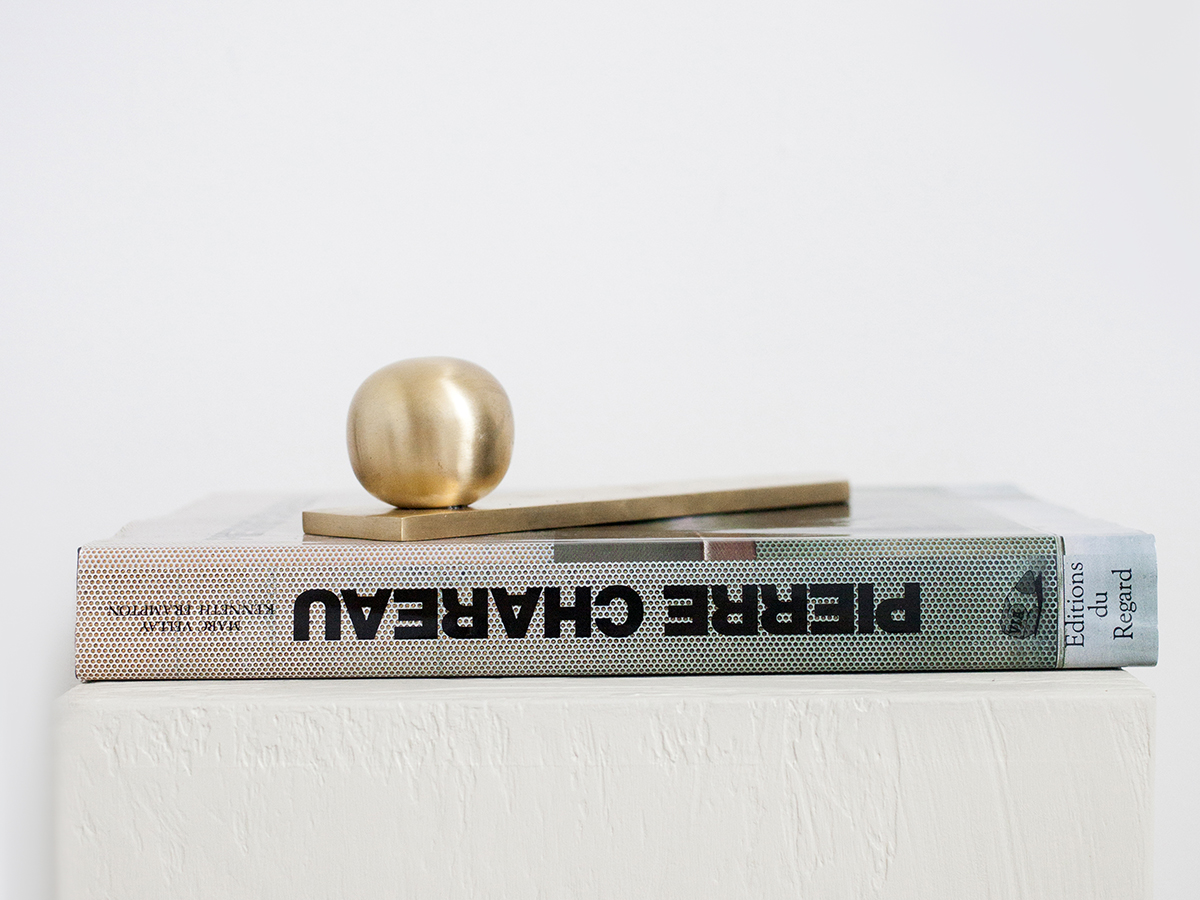 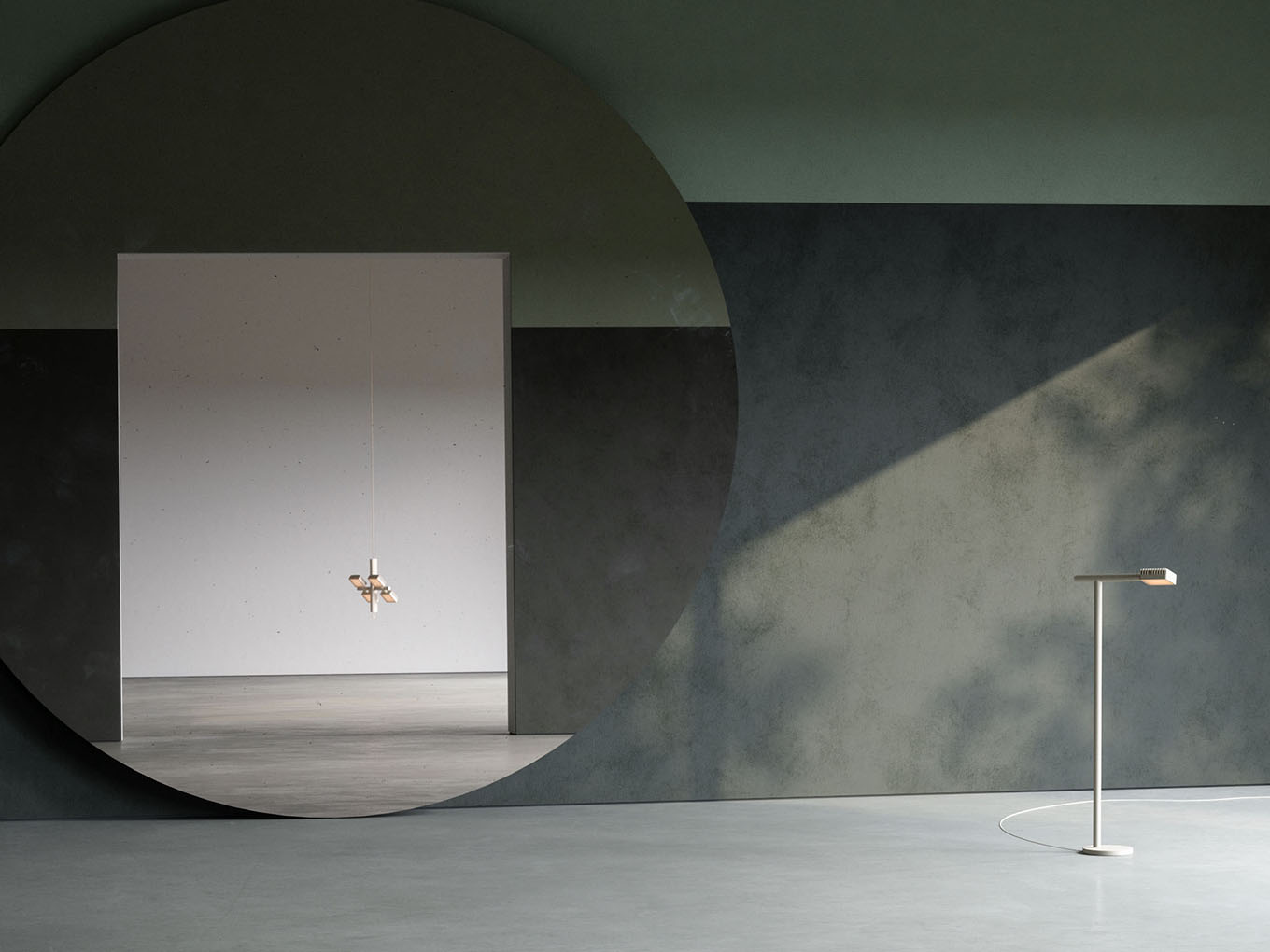