When Pierre Chareau, Gio Ponti and Carlo Scarpa are listed as a designer’s heroes, chances are their own work is going to be expressively shaped, functionally intriguing, and artistically quite lovely. And, happily, that’s exactly where Rodolphe Parente’s new collection of furniture and lighting has landed. Fresh from curating a hedonistic after party–inspired installation at this year’s Design Parade festival, and having previously overseen furniture projects for industry giants like Emeco and Poltrona Frau, the Paris-based designer has created the Apertura range of limited editions as a complement to the refined residential and retail interiors for which his studio is better known.

The pieces in the collection don’t have a ton in common from a visual standpoint, although each possesses the qualities mentioned above, as well as an acute attention to detail. The chair, Taglio, is a cuboid of waxed ash wood with one side scooped out into a continuous curving slope for the sitter’s body to drape over. Its other side remains squared-off, providing a surface for drinks or display. Meanwhile, a pair of amorphous tables called Lacrima has stained birch sides and dark green leather tops, and acts as a sultry addition to the more innocent-looking set.

Also part of Apertura are lighting designs that include Golosa, a tall, skinny pole with cones at either end and two bulbous protrusions like a pair of Adam’s apples towards the top. The floor lamp is made from textured lacquered wood and finished in a matte citron color. Palestra is similar, but features a single cone at the base and a straight vertical shaft for a more minimal effect. Then there’s Gesso, a more expansive line of sconces, floor and table lamps with different shade shape and color options, but all united by their brushed stainless steel armatures and textured coatings that resemble a popcorn ceiling or the stucco exterior of a house, bringing a little bit of the outside in. 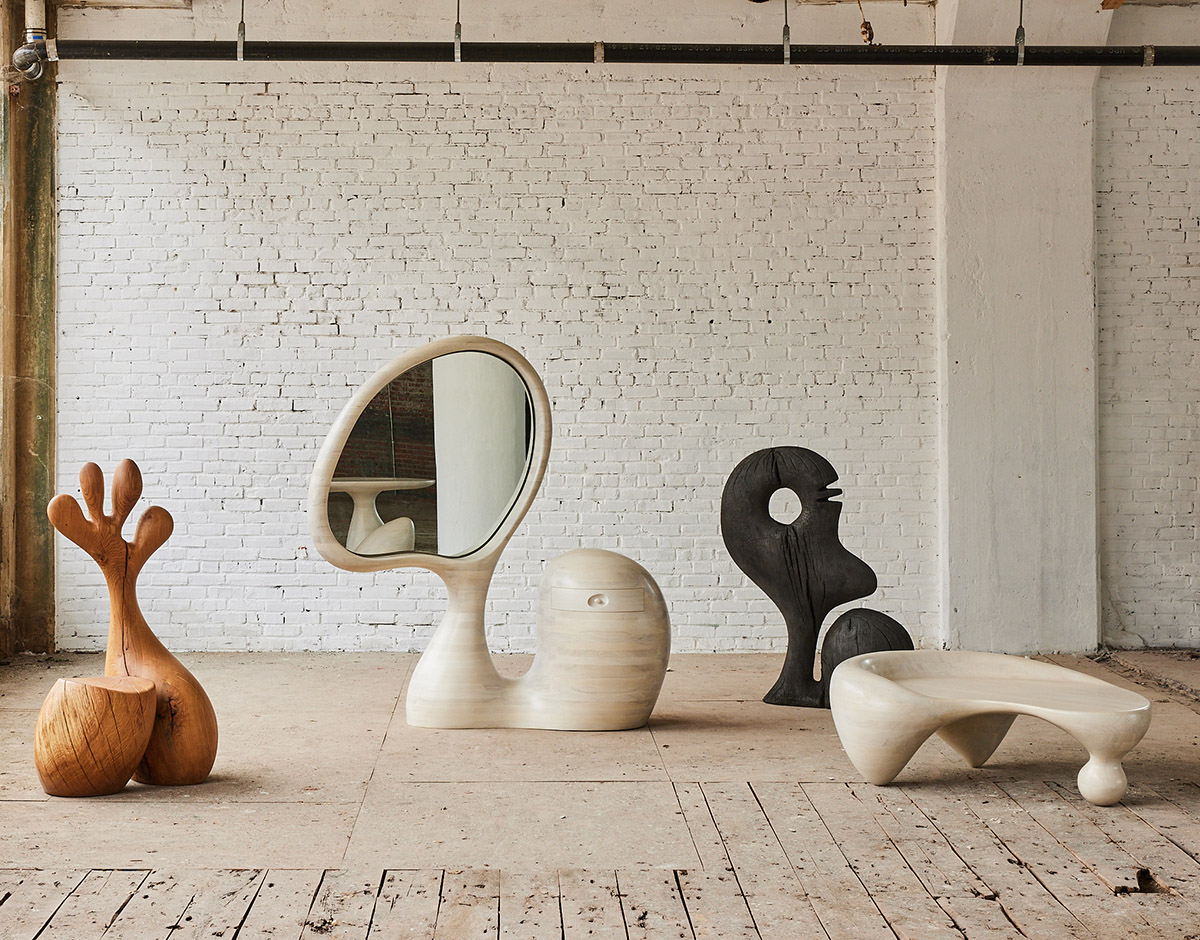 Aaron Poritz's latest furniture collection — Big Woods, currently on show at Cristina Grajales Gallery in New York City — is both a fond look back at his childhood spent in the forests of Massachusetts, and an evolution of years spent working with, learning about, and appreciating the material for its visual, tactile, and workable qualities. His odyssey began in Nicaragua in 2012, where a chance encounter with an exporter of hurricane-felled trees resulted in the creation of his first range of wooden furniture. Focused on joinery techniques and traditional Danish shapes, and informed by his background in architecture, however, the designer’s initial work is miles apart the Henry Moore-influenced soft curves, organic shapes, and bulbous protrusions of the sculptural designs he’s currently exhibiting.
More 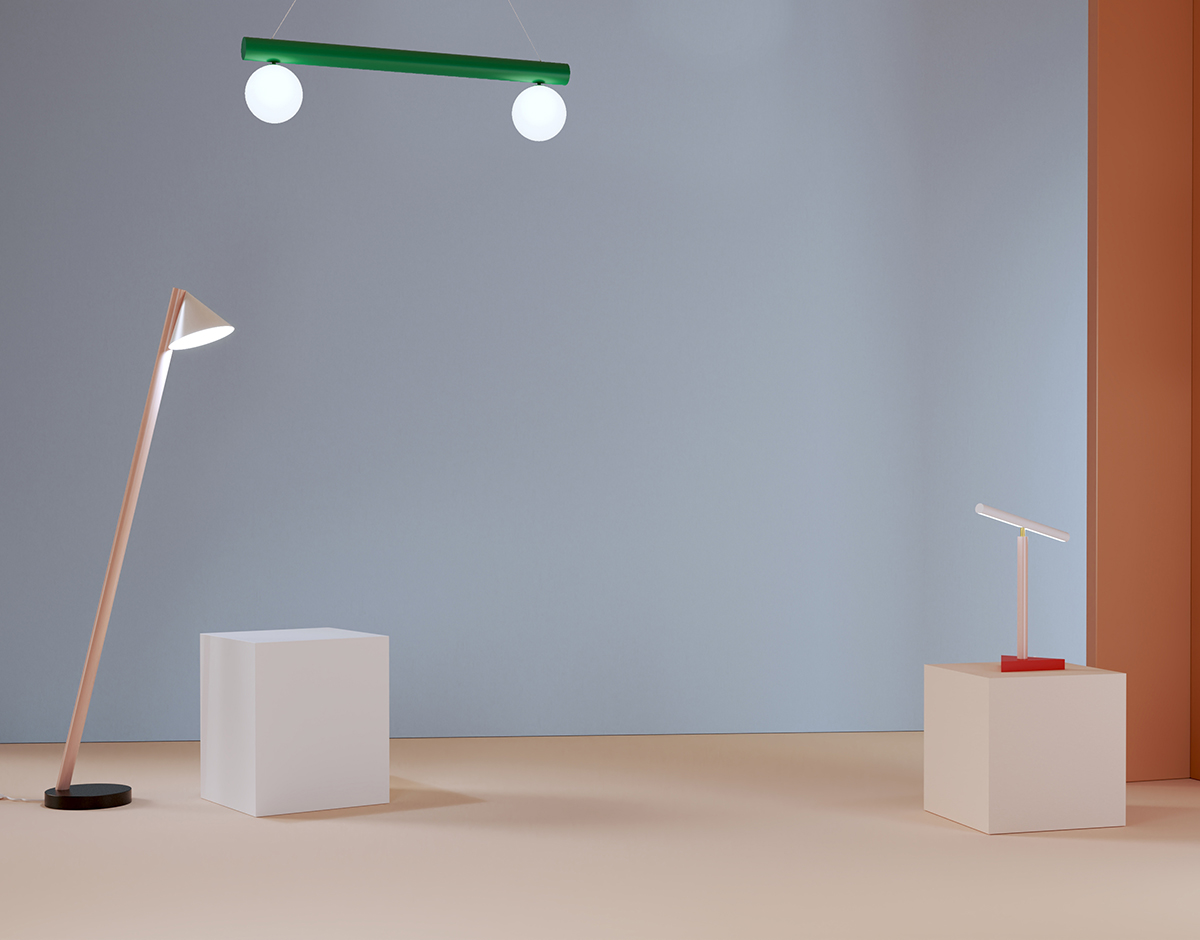 Starting from the notion that an archetypal light is composed of a base, an arm, and a source of illumination, Atelier Areti set out to transform one of these three elements in each light in their new Elements collection, playing around with geometries, angles, and inversion in a way that feels both off-kilter and perfectly balanced. Restricting themselves when it comes to shape and form, they’ve taken a lot more liberty with their palette: It’s the first time they’ve used color across every piece in a collection, juxtaposing a variety of greens, yellows, reds, and blues.
More