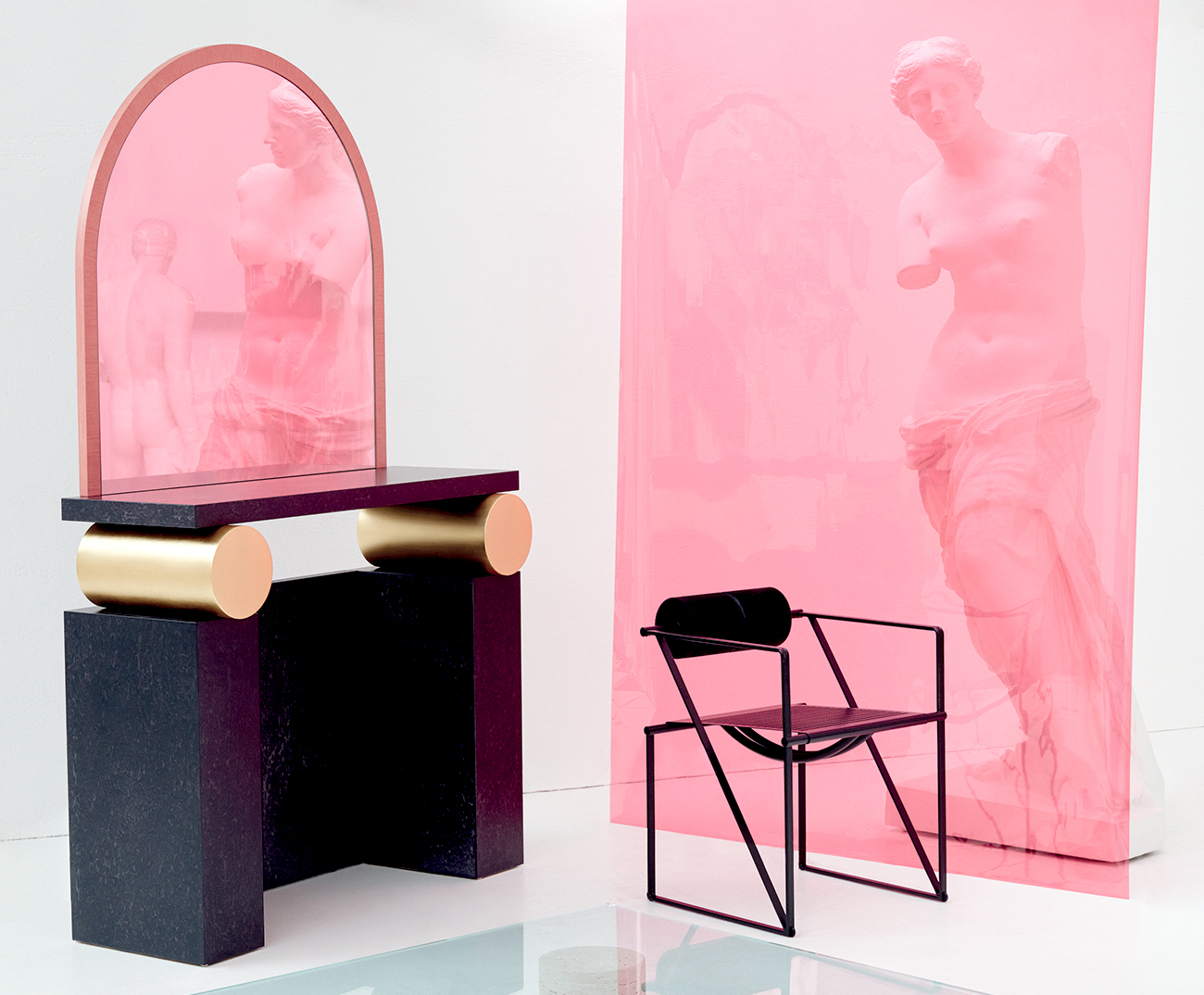 As much as Italian design sometimes feels like an oppressive shadow from under which every other design movement will eternally struggle to emerge, we can’t deny that it’s also an eternal wellspring of inspiration — as a budding adult we loved its plastics, in our mid- to late-20s it was Memphis, and these days we find ourselves coveting pretty much everything Cini Boeri ever made. Last week we happened across a perfect reminder of this, in the form of a 2016 AD Germany shoot styled by Studiopepe and celebrating the best of Italian design, both then (Boeri’s Ghost and Botolo chairs, Sottsass’s Etrusco vanity, Vico Magistretti’s Maralunga sofa and Atollo lamp, Superstudio’s Quaderna table, the Vignellis’ Metafora table, Mario Botta’s Seconda chair) and now (James Irvine’s Ipe Quadro table for Marsotto, Guilio Cappellini’s Gong table in brass). If we won the lottery tomorrow, we would consider acquiring almost everything in it — maybe even those Neo-classical sculptures (though technically, they’re Greek). 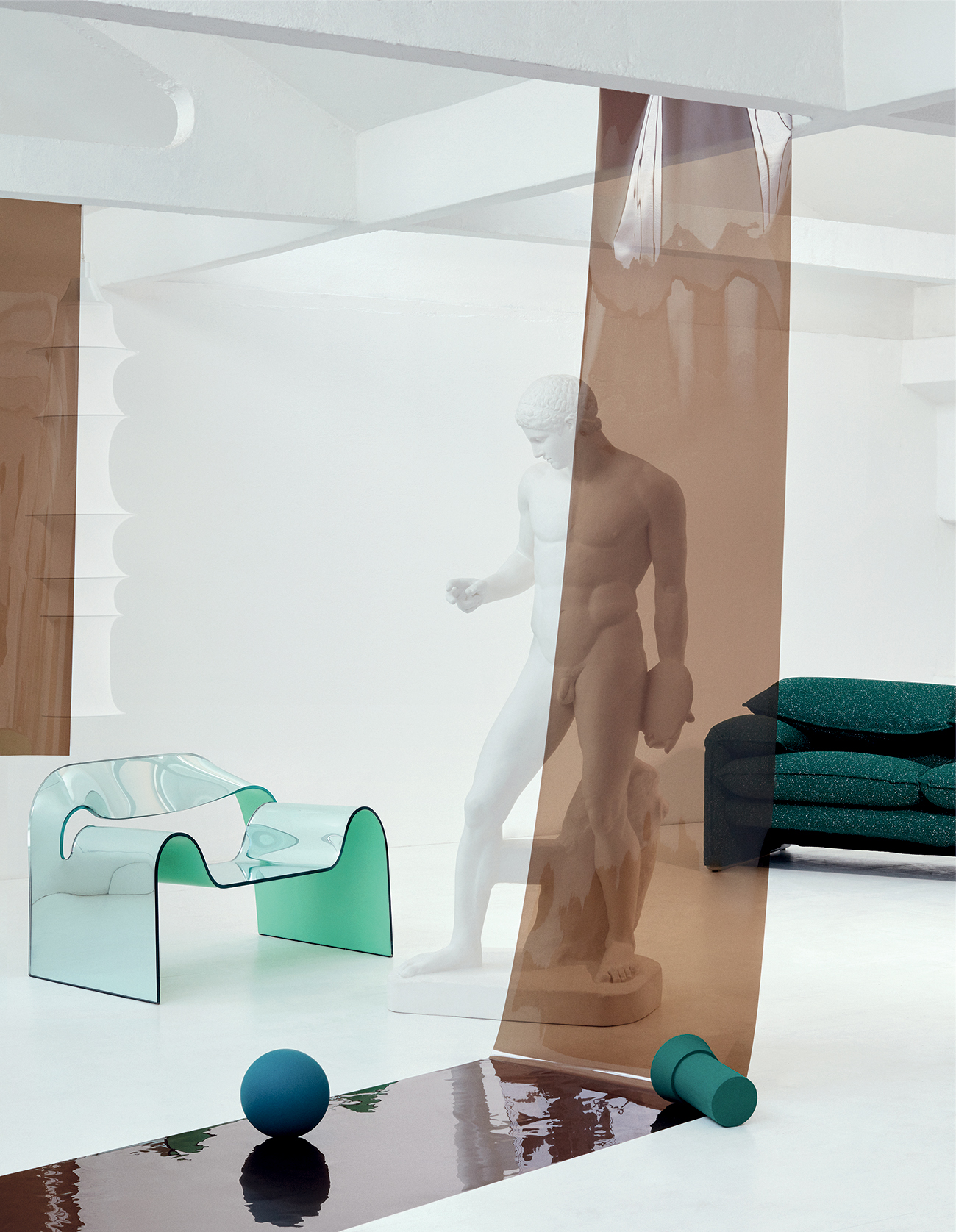 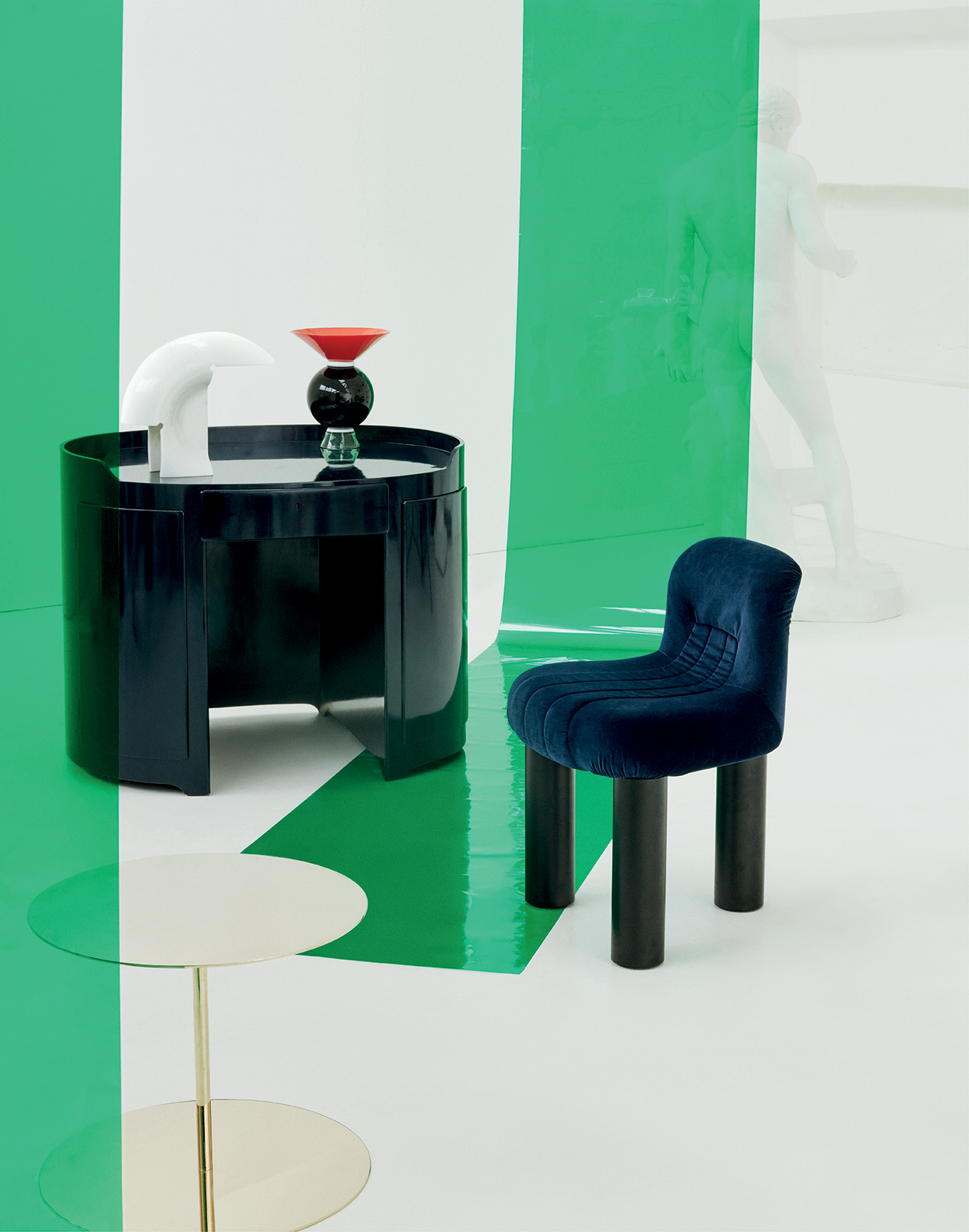 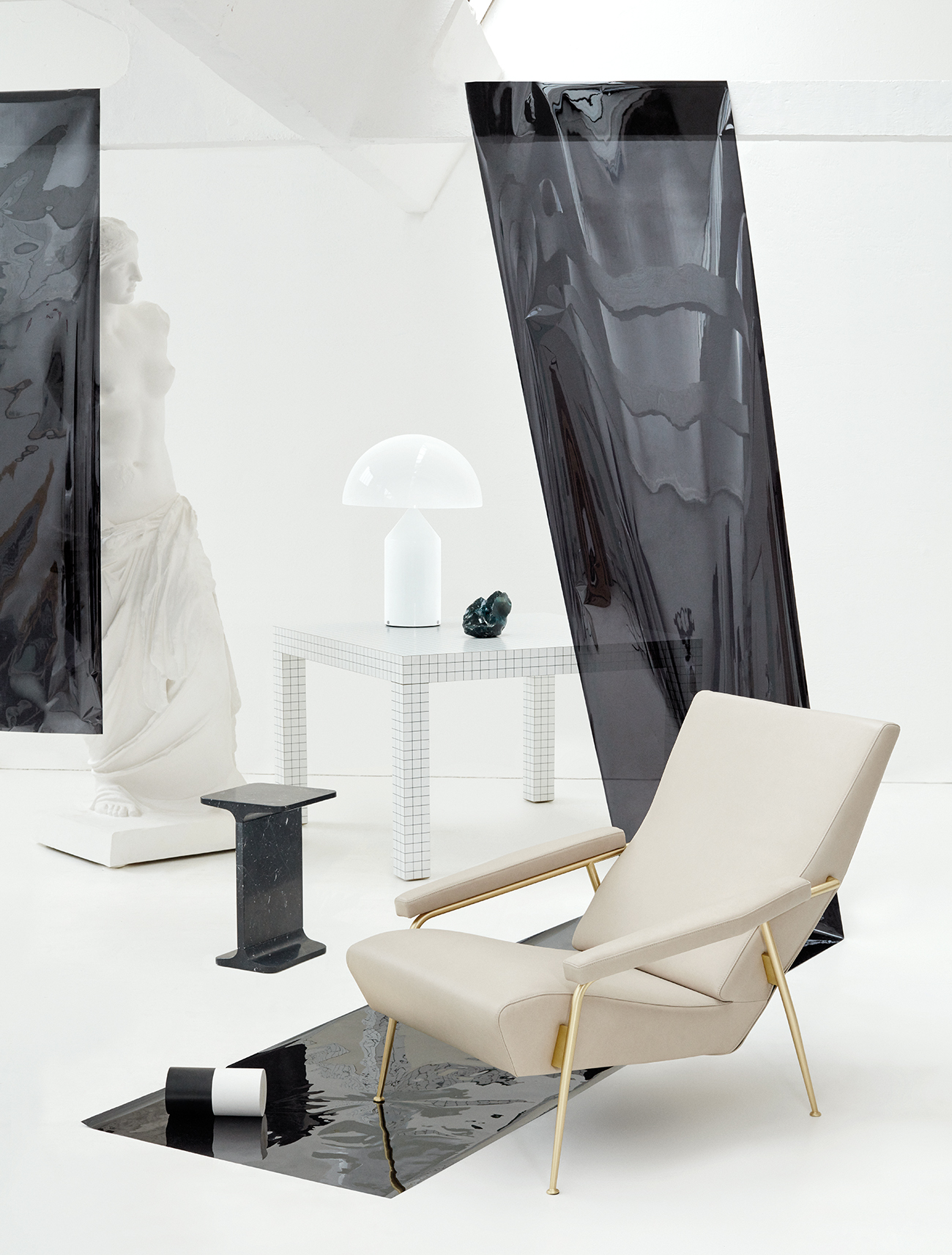 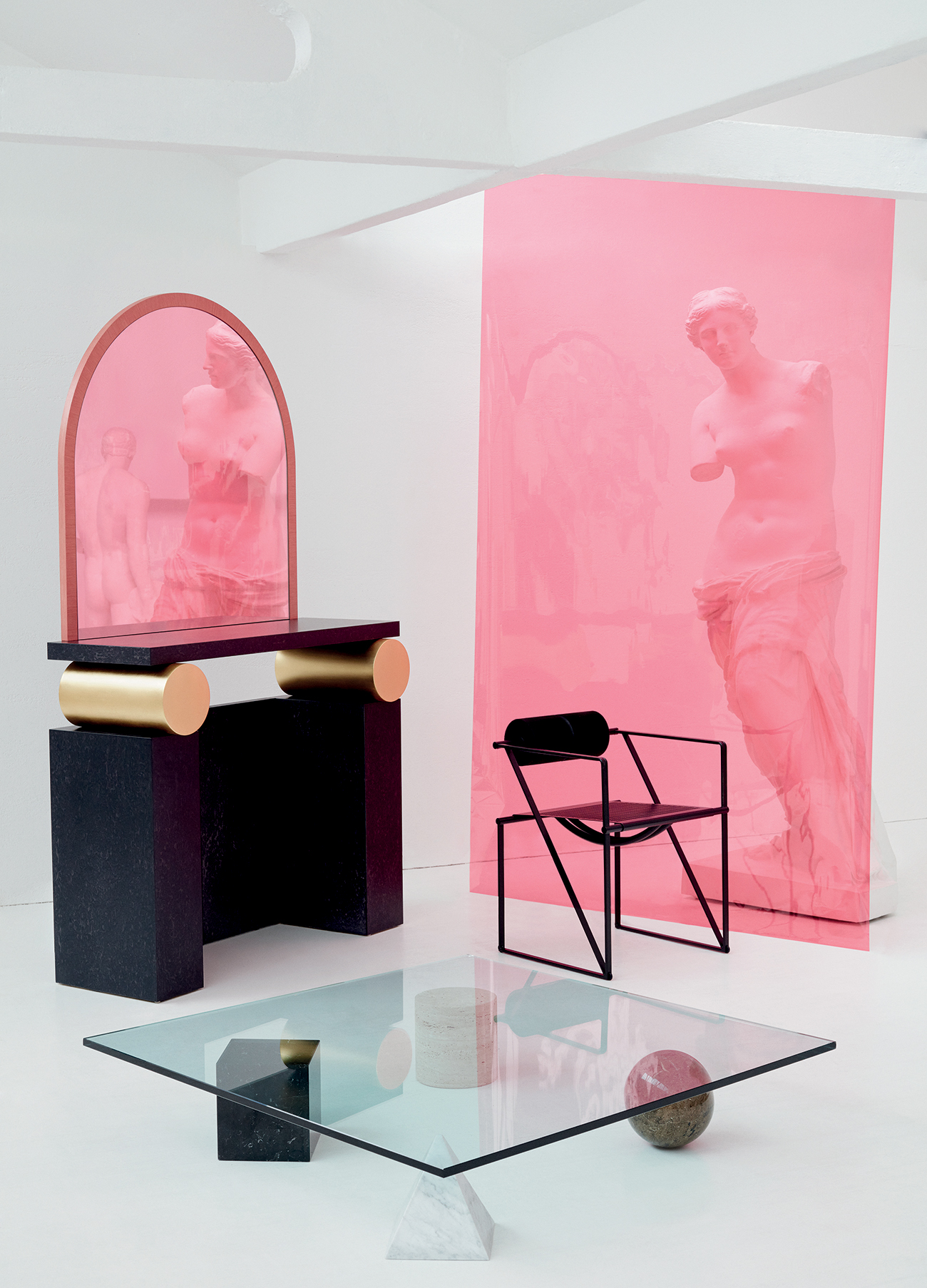 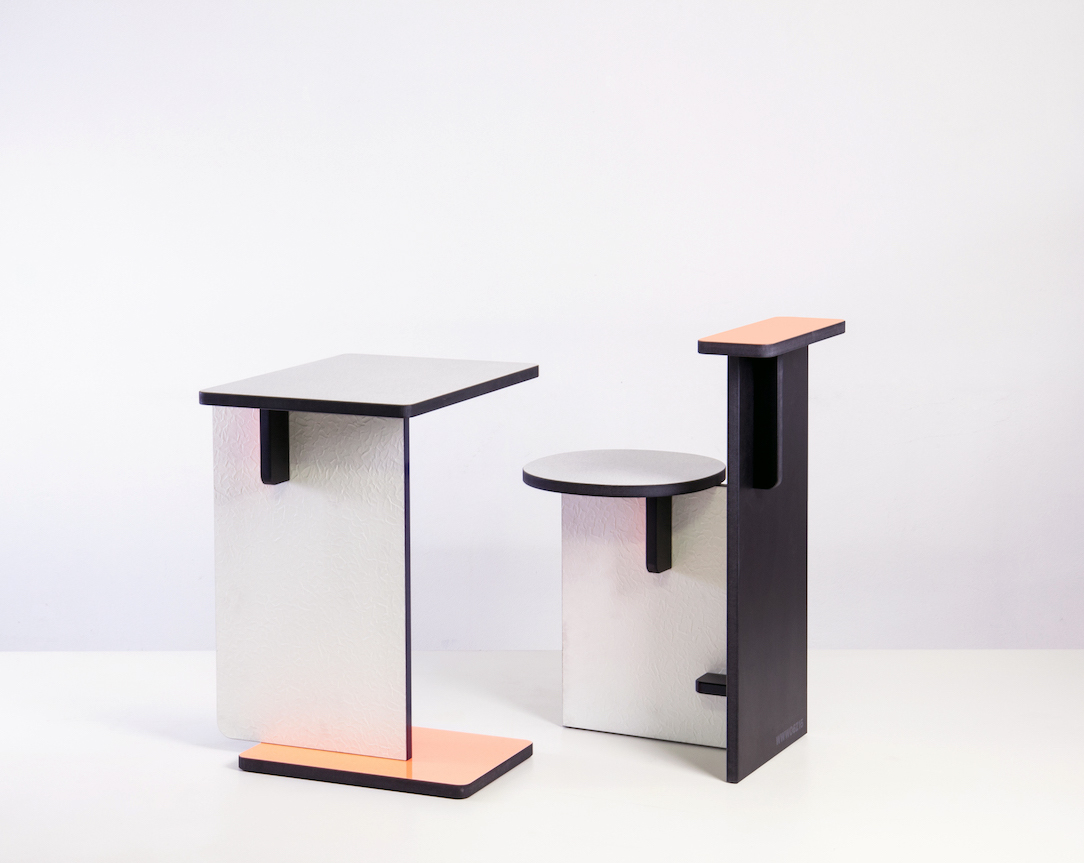 When describing their sensibility, Arianna Lelli Mami and Chiara Di Pinto of the Milan-based Studiopepe invoke the versatility of classic white shirt: “You can wear it anytime, to go to the supermarket or to a soirée. The same is for design. Good design — whether a masterpiece or anonymous — goes with everything.” Their evocative aesthetic, though, is anything but simple. “Eclecticism and curiosity” are important starting points for them, and their output is rich with visual references, ranging from the harmony of classical forms to the glamour of Italian cinema in the ‘60s. But they don’t merely quote their source material, they transform it.
More 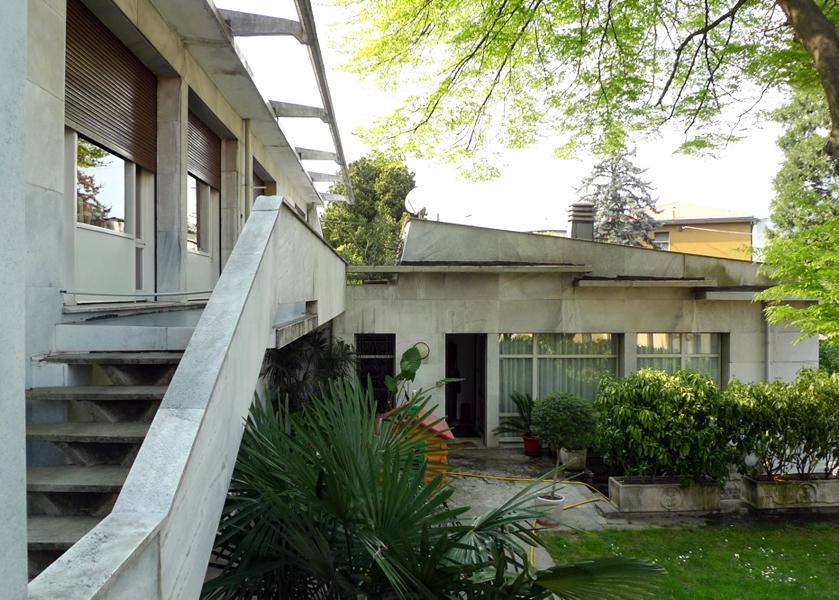