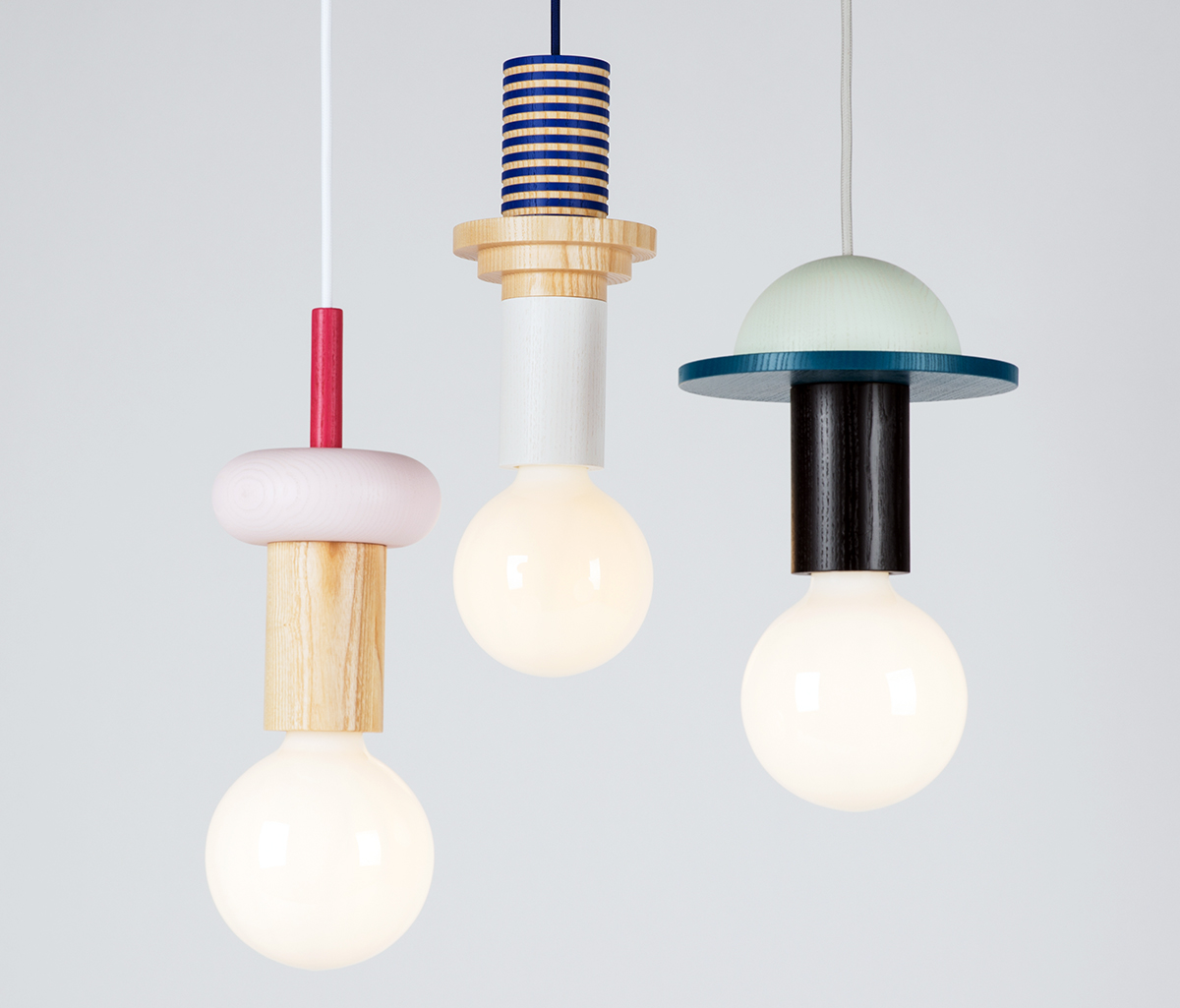 A weekly Saturday recap to share with you our favorite links, discoveries, exhibitions, and more from the past seven days. This week we intended to skip Saturday Selects because of Thanksgiving, but we received so many incredible new object submissions — like the geometric pendant lights by Schneid, above — that we’re giving you a special abridged roundup. 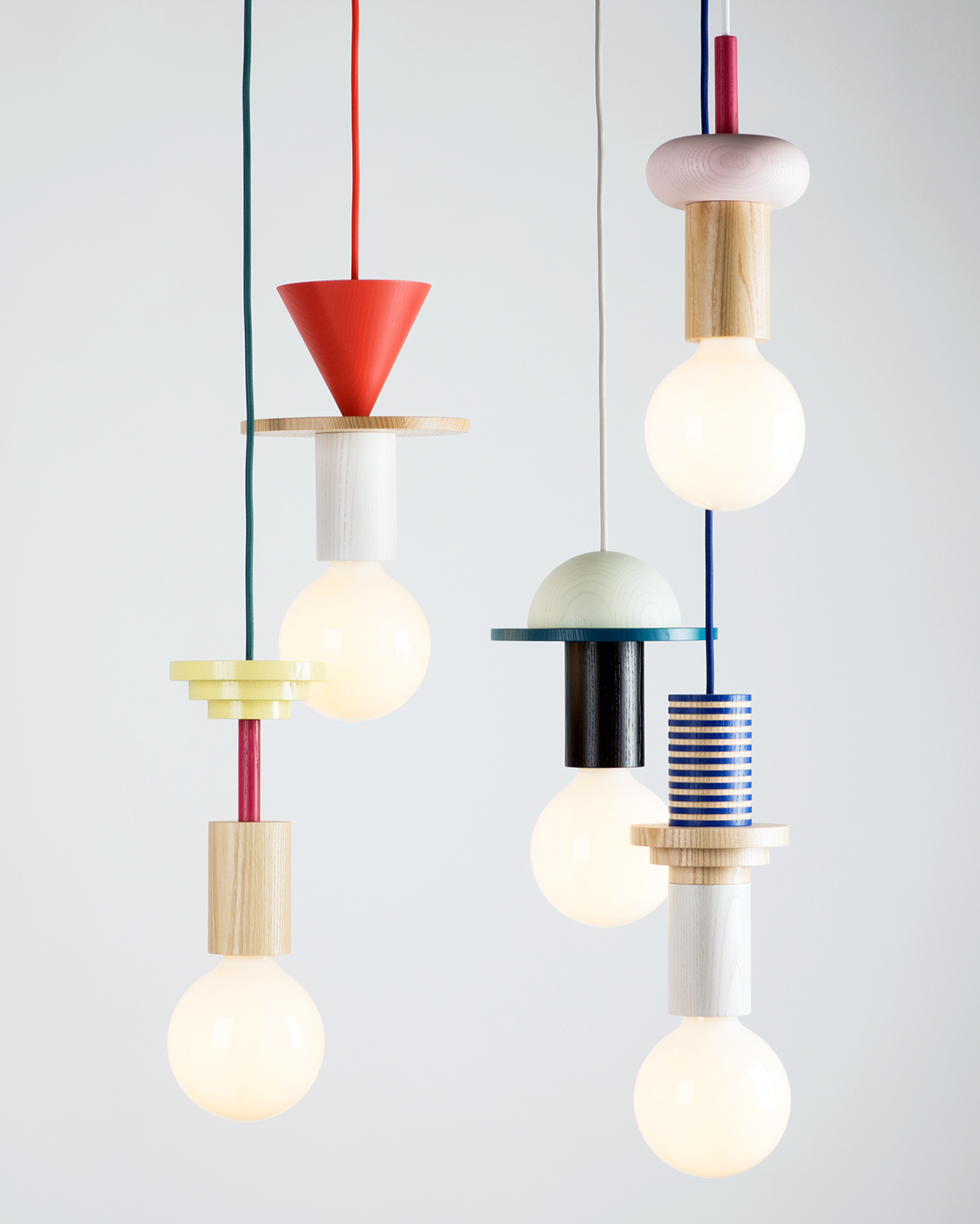 Junit is a new series of modular geometric pendant lights by the northern-German design studio Schneid (also pictured at top). 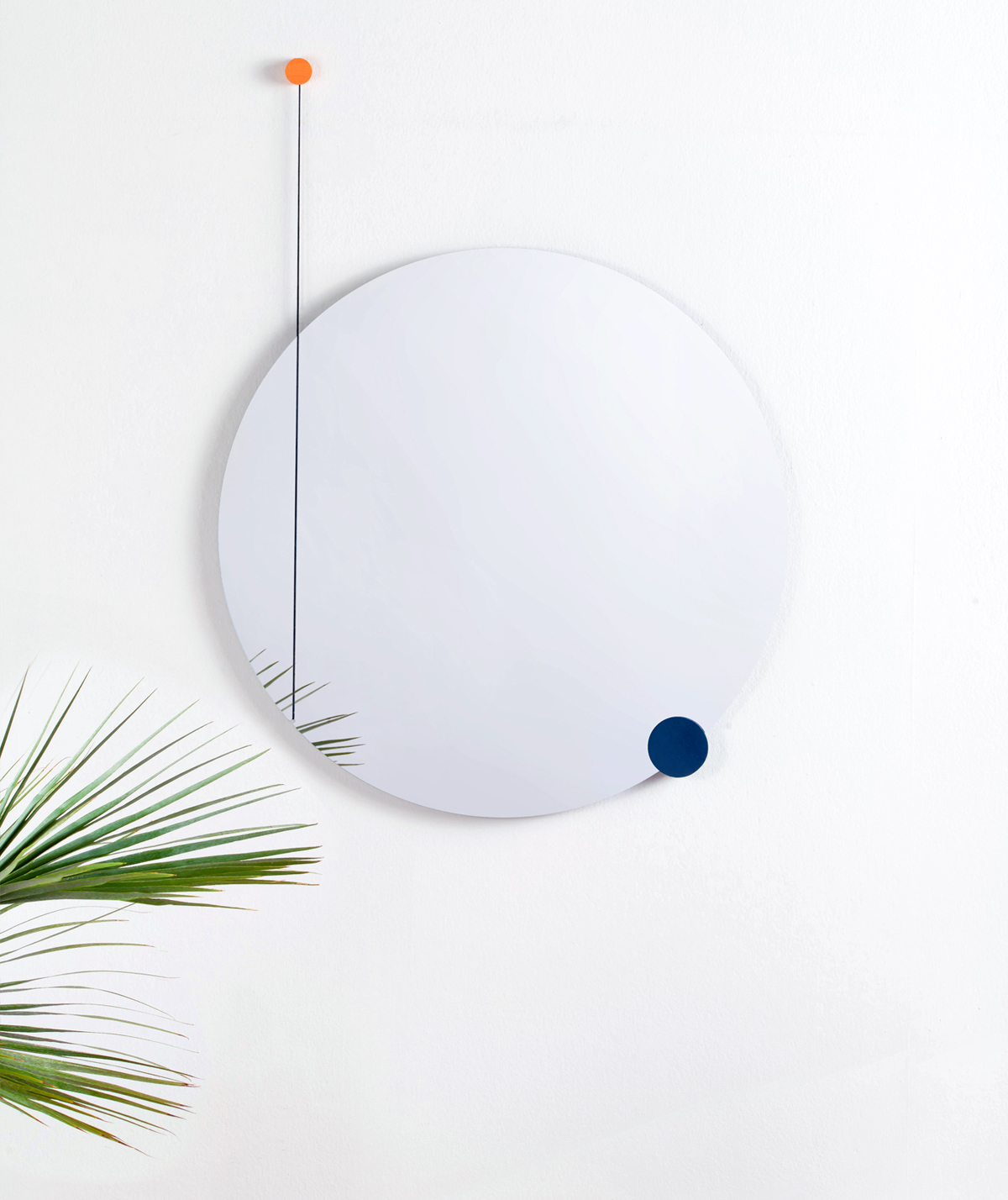 The Balance series of mirrors by the Valencia, Spain–based Kutarq consists of a rectangular or circular mirror that can be hung with a spare peg and wire system in a multitude of different variations. 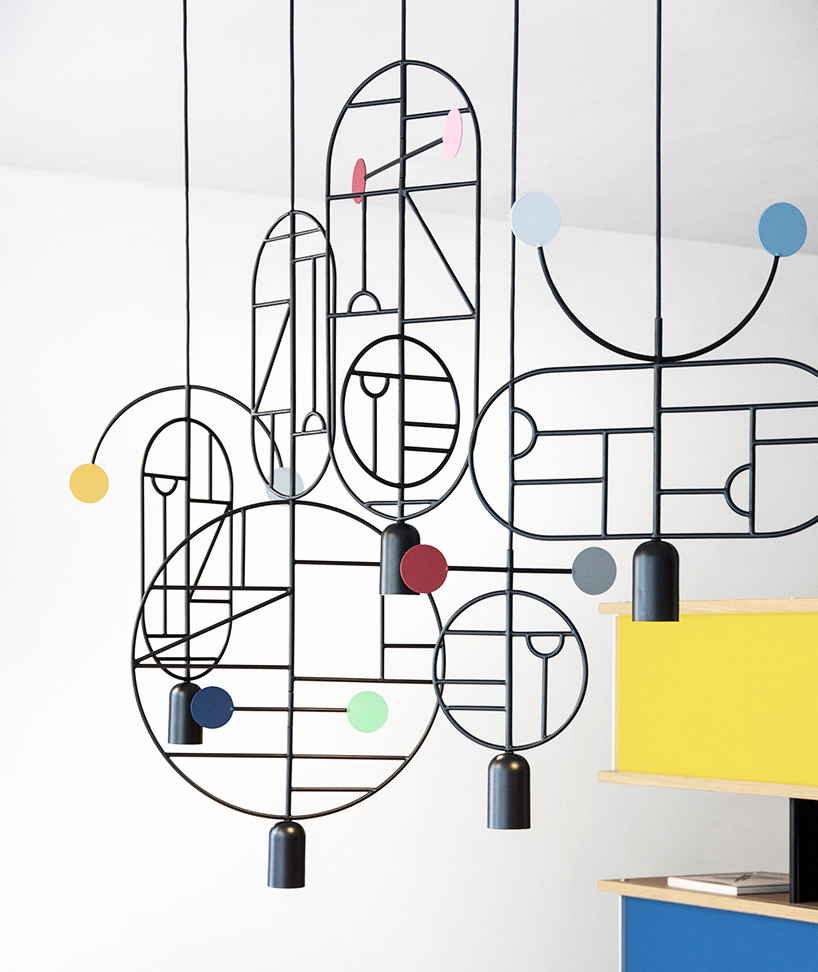 Barcelona’s Goula / Figuera studio just released these mobile-like Lines & Dots lamps whose parts rotate independently of each other (see an animated gif of the fixtures in action here). 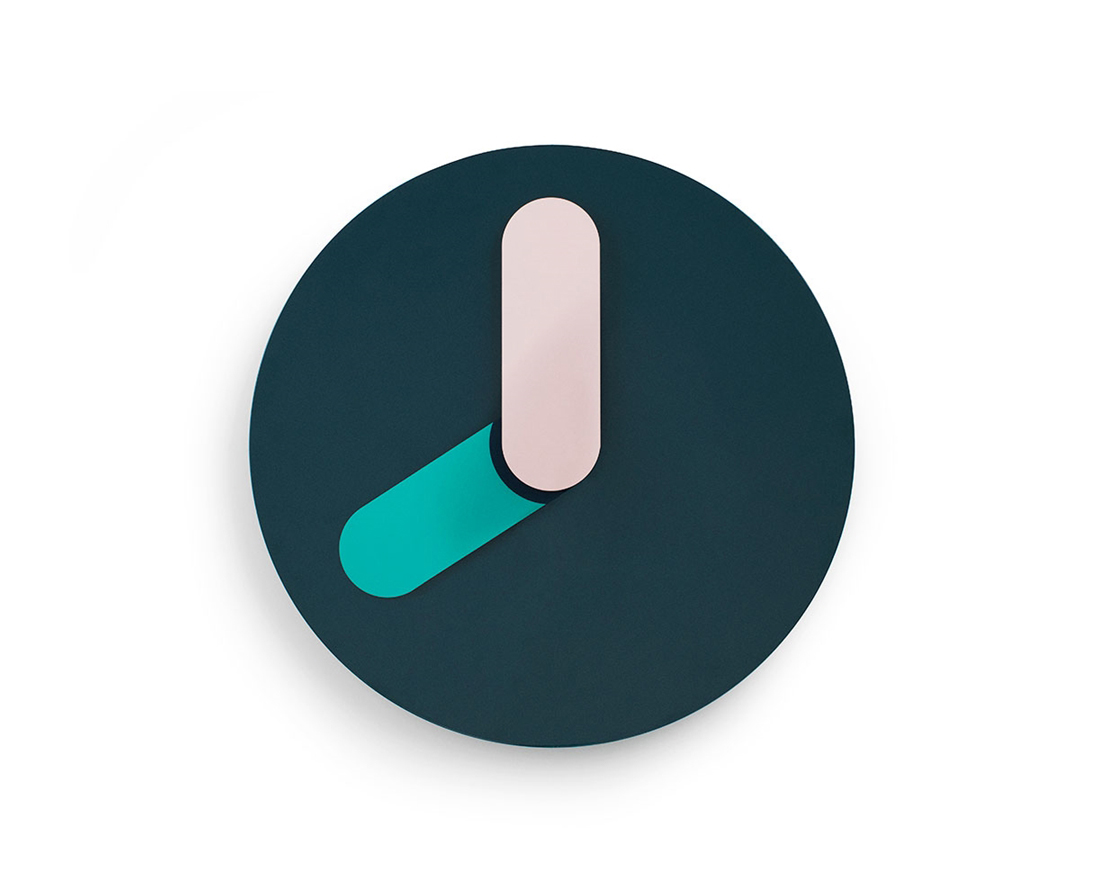 Color combos don’t get much better than the one featured on the new Bold Clock by Normann Copenhagen, which will become available for purchase in January. 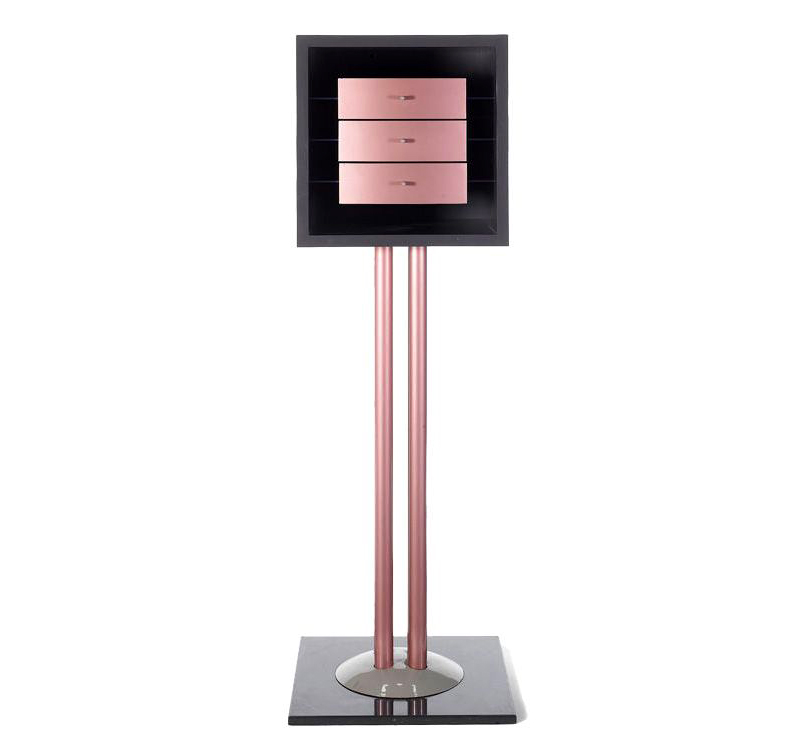 Available for purchase now, on the other hand (for the first time in a long time) is this 1982 Nikko storage unit by Shiro Kuramata for Memphis Milano. 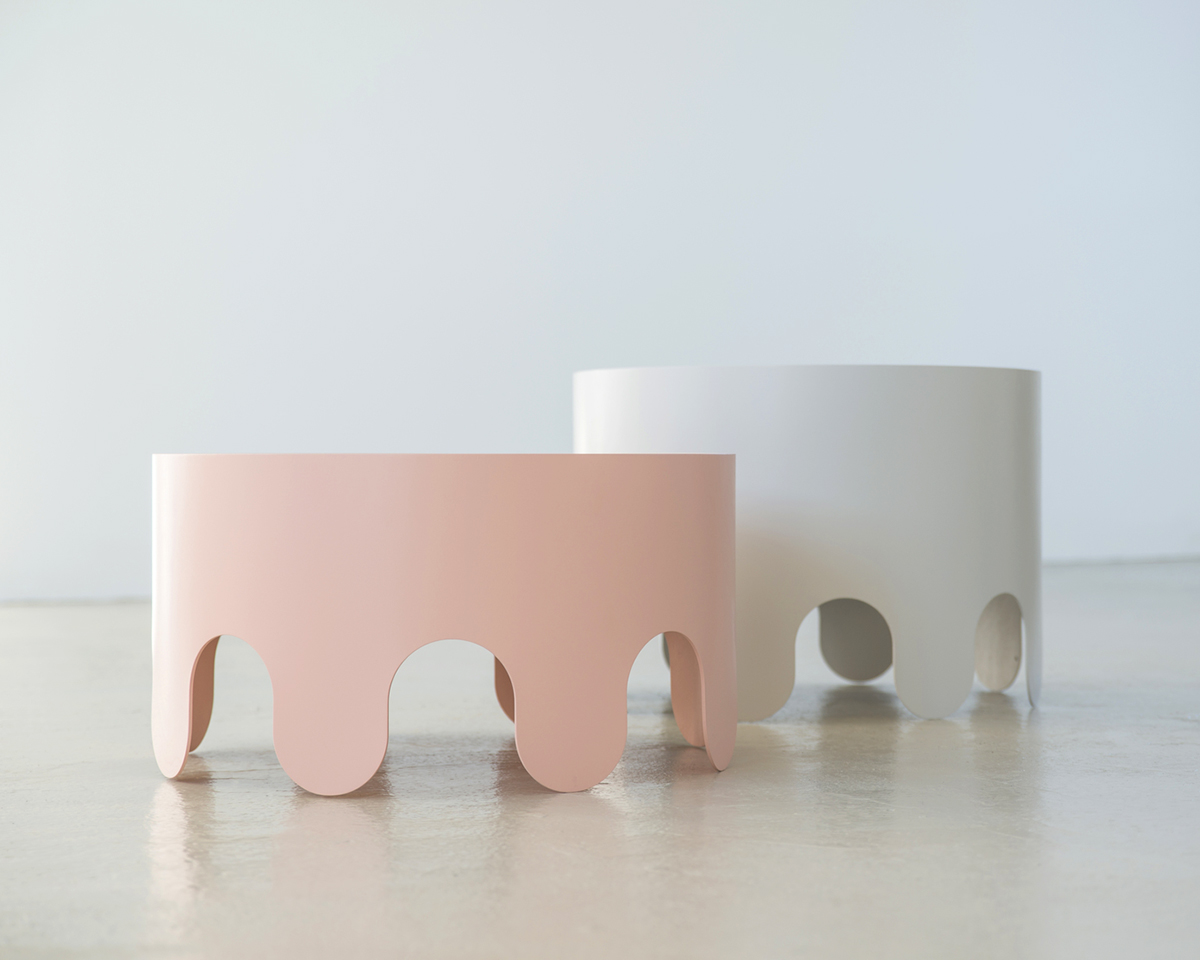 German designer Frederik Kurzweg first trained as a traditional cabinet maker, but now manipulates wood into more avant-garde forms like the ones in his Kinzo table, above. 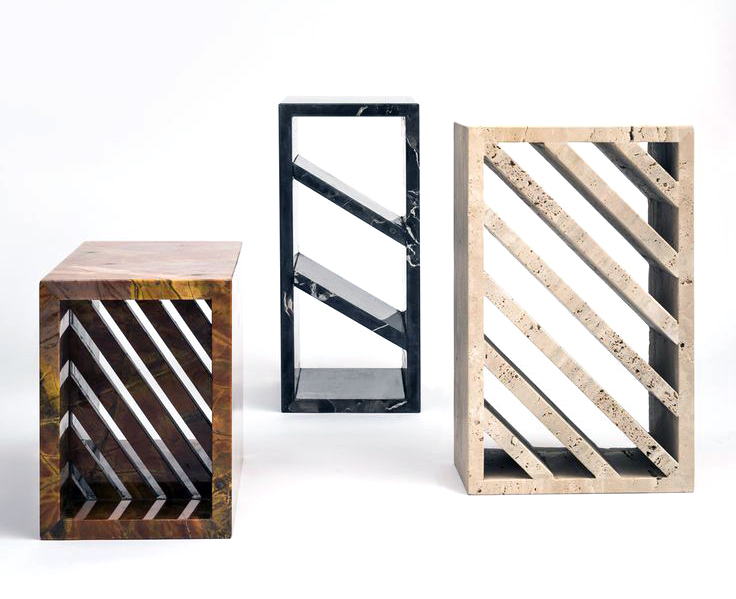 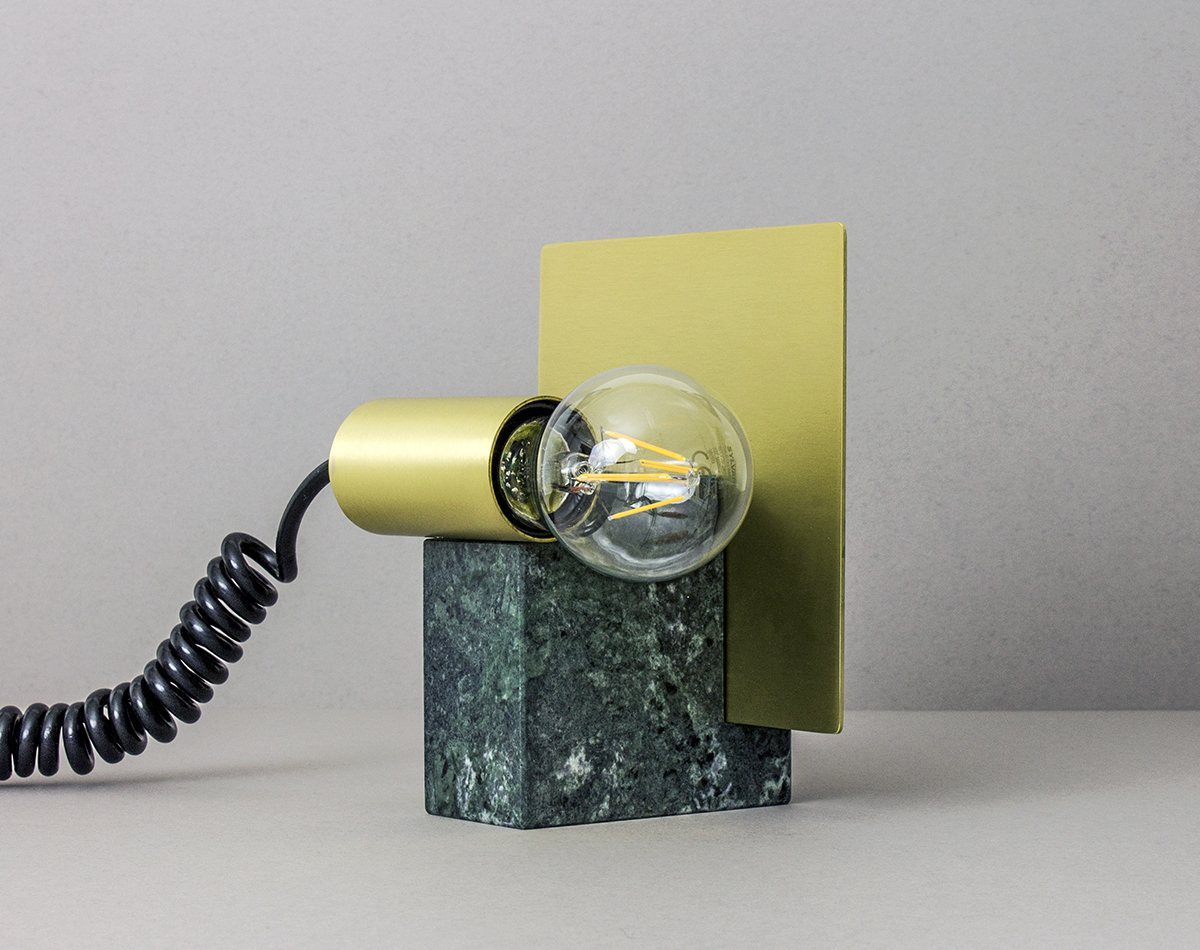 More marble: The new Gran Turismo lamp by Davide G. Aquini, which was inspired by the protruding headlights on the 1930s Alfa Romeo. 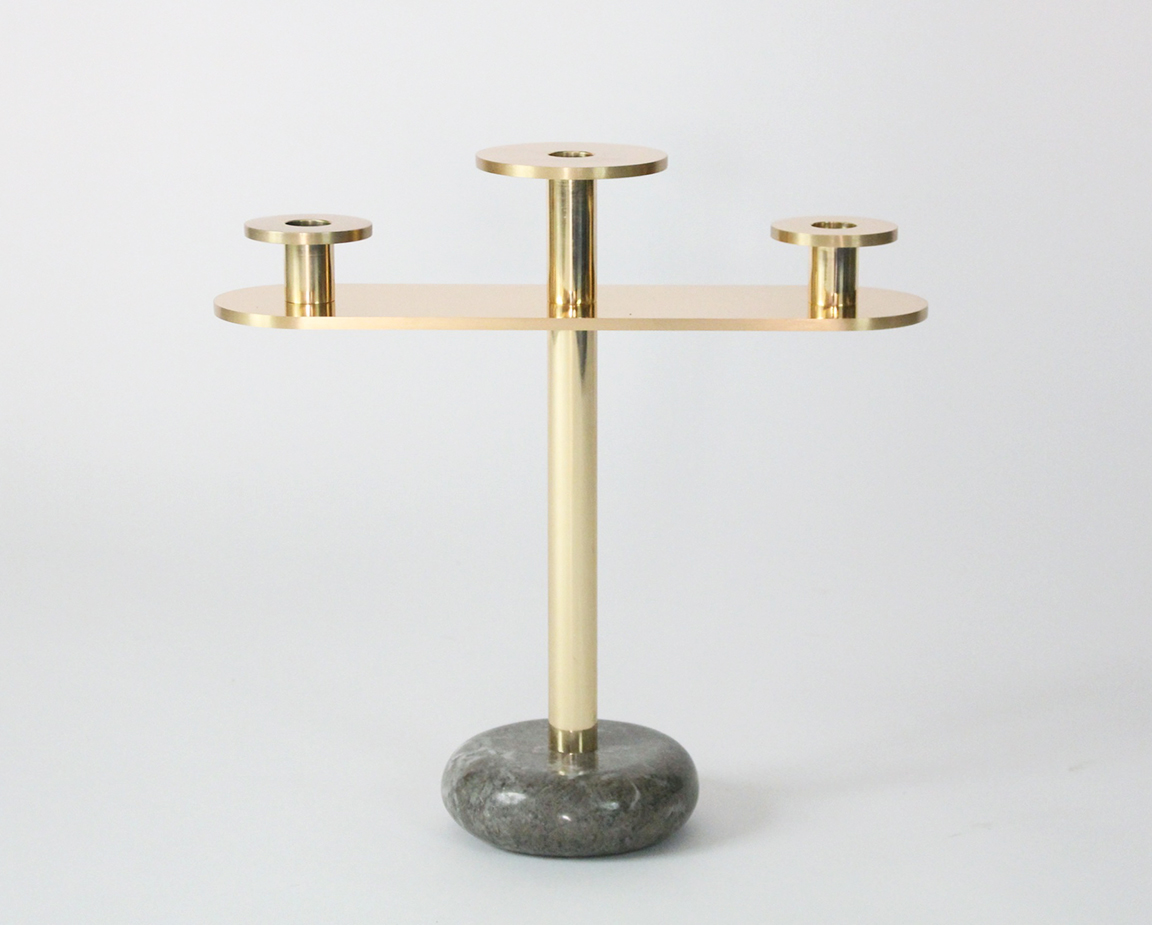 Even more marble: The Milano Candelabra, which Jonathan Nesci will debut at Design Miami next week with Casati — the base was made from a broken Mangiarotti console Nesci found at the Chicago gallery. 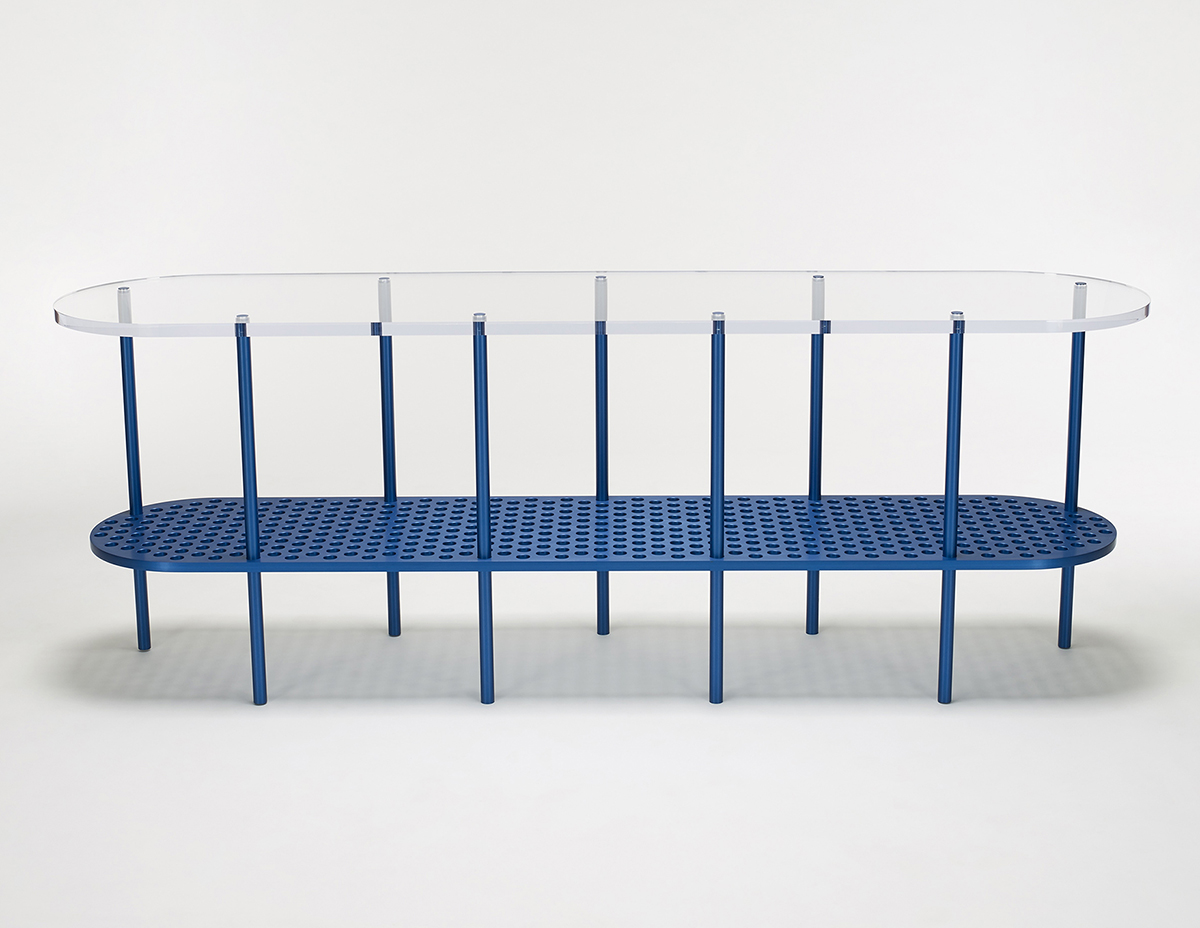 Nesci will also debut this stunner at the fair next week, with Patrick Parrish gallery: the aptly named Miami Console. 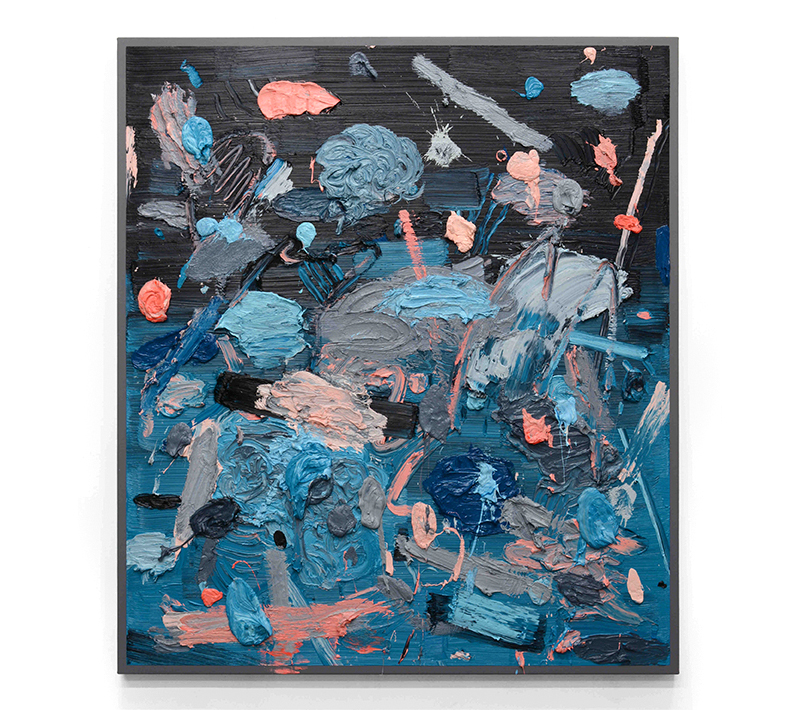 On the Art Basel side of the fence, Denny Gallery will hit our favorite art fair, Untitled, with the beautiful work of painter Russell Tyler. 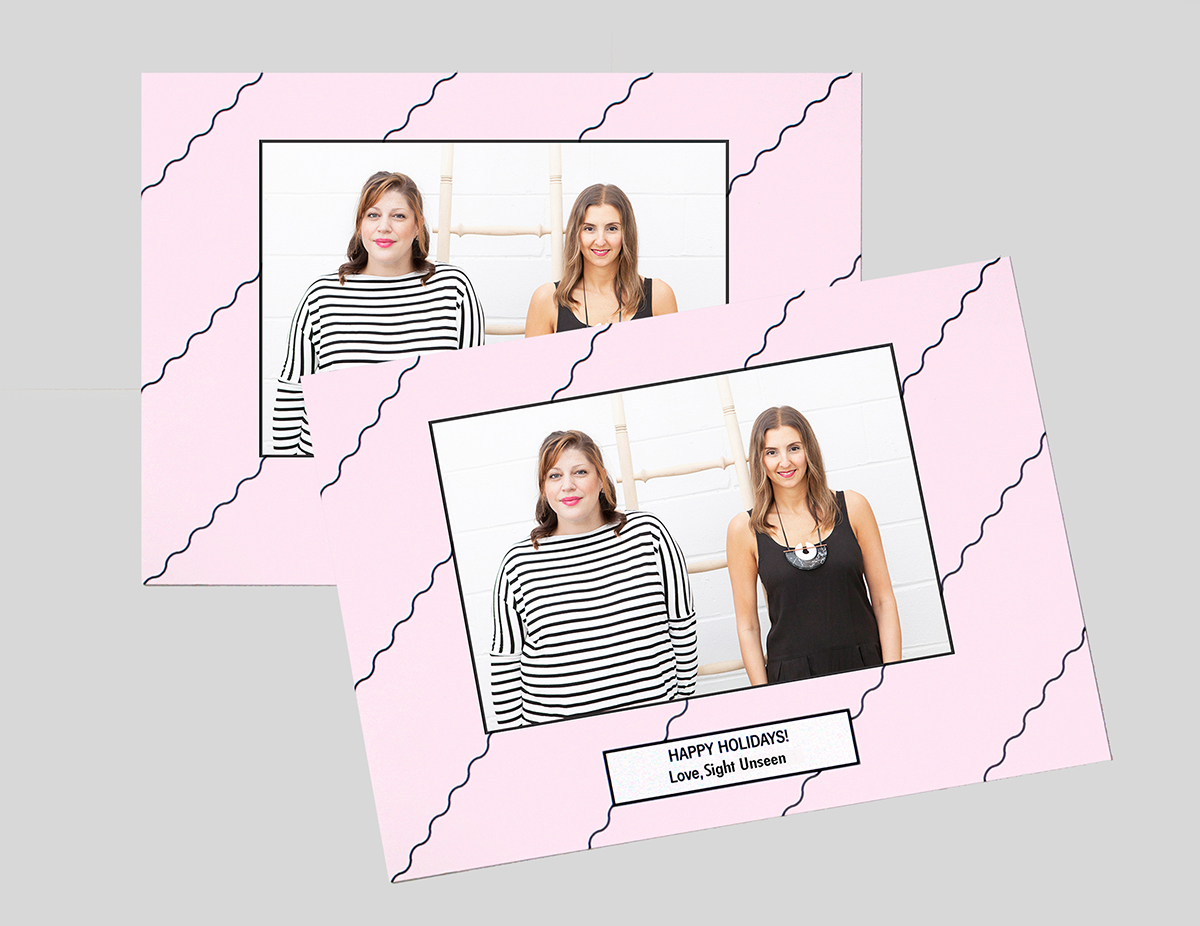 Our friends at L.A.’s Paperchase Press made us these super cute Sight Unseen holiday cards, but you can make them too — they’re part of a customizable holiday-card template series designed by Ania Diakoff; just upload your own photo and add your own text to one of the collection’s dozen or so patterns, and you’re good to go for gifting season.

Tags: Around the Web, Art, Exhibitions, furniture
Previous Story
Next Story Next Story 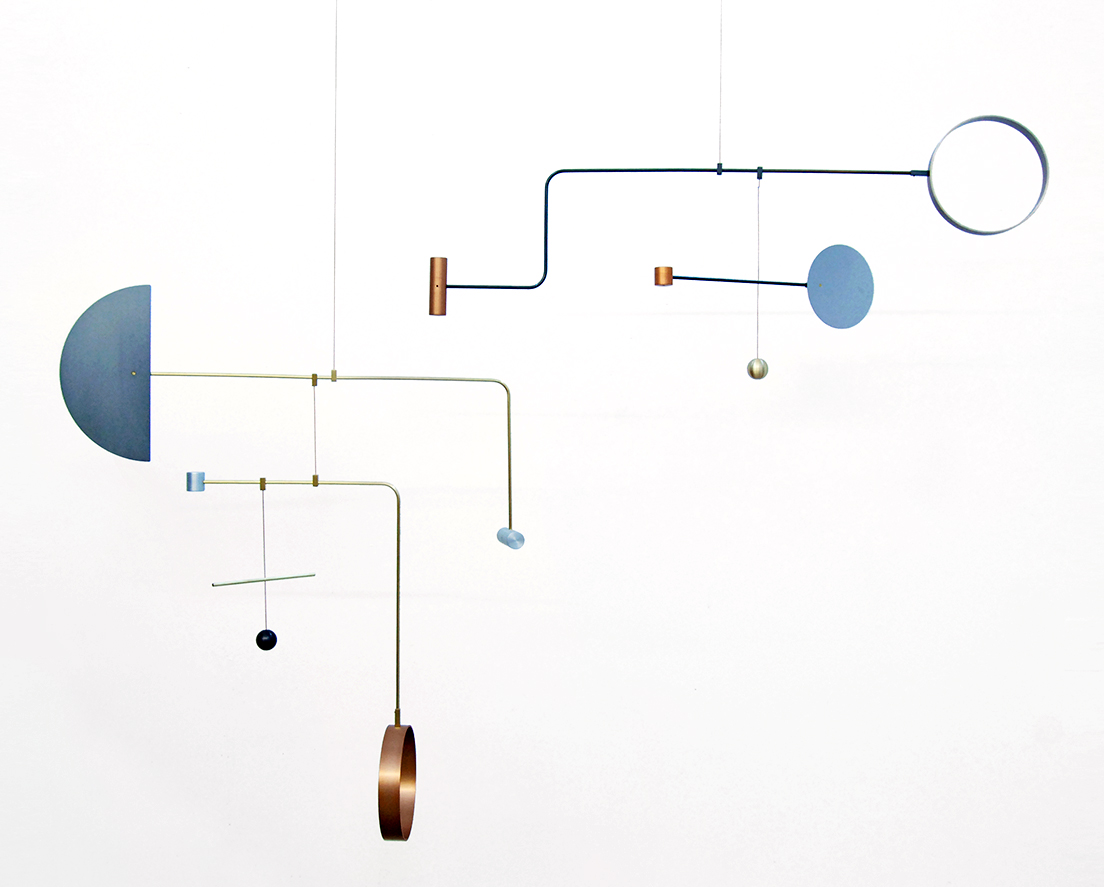 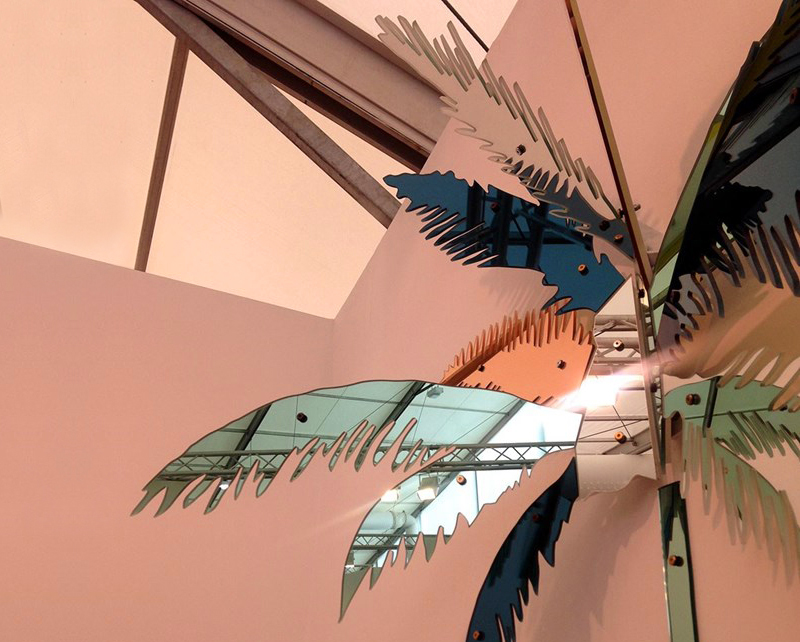 A weekly Saturday recap to share with you our favorite links, discoveries, exhibitions, and more from the past seven days. This week: A surge of palm trees and lava lamps brings back a major '70s vibe, an exhibition at Table of Contents highlights the Memphis group's little-known second wave, and a shop in Sweden dedicates itself to selling the work of "kickass female designers."
More 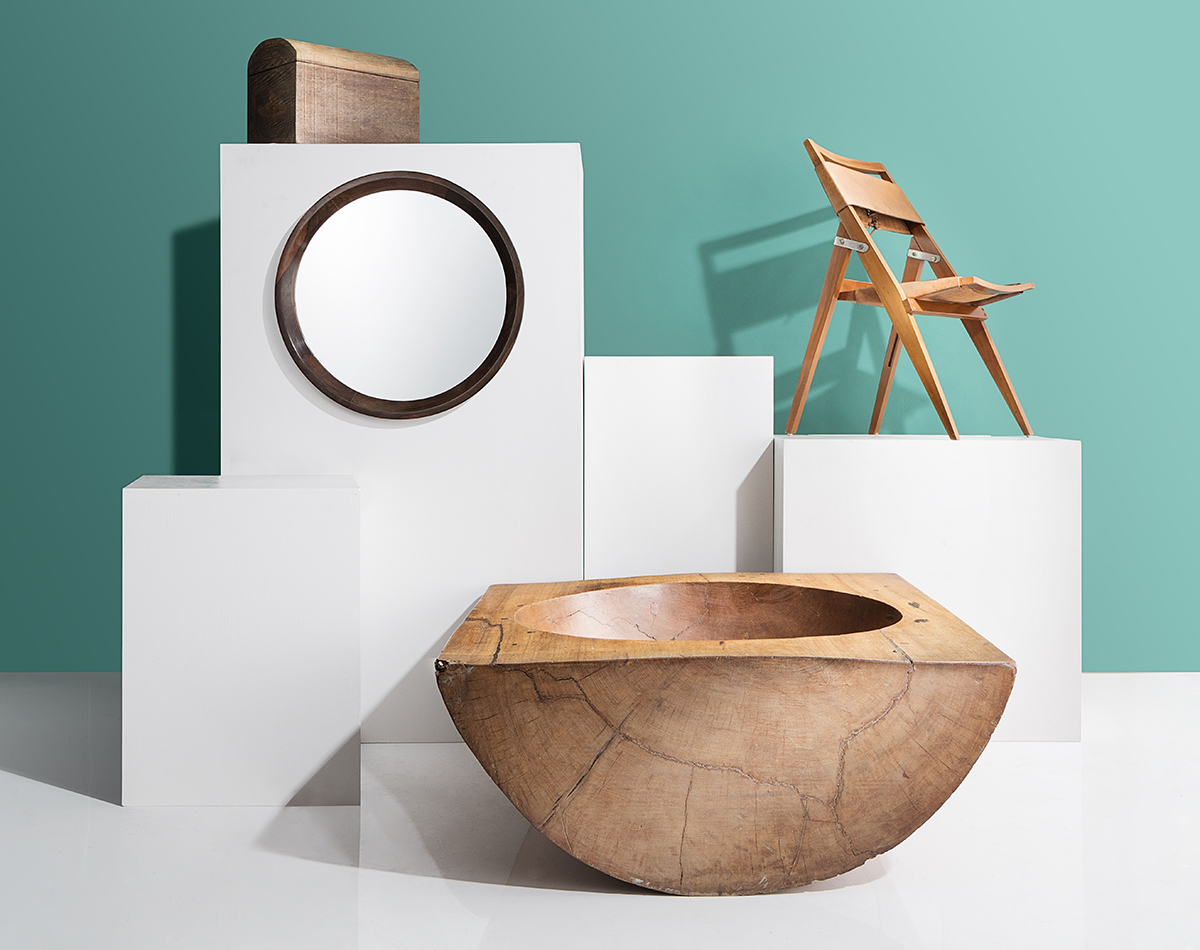