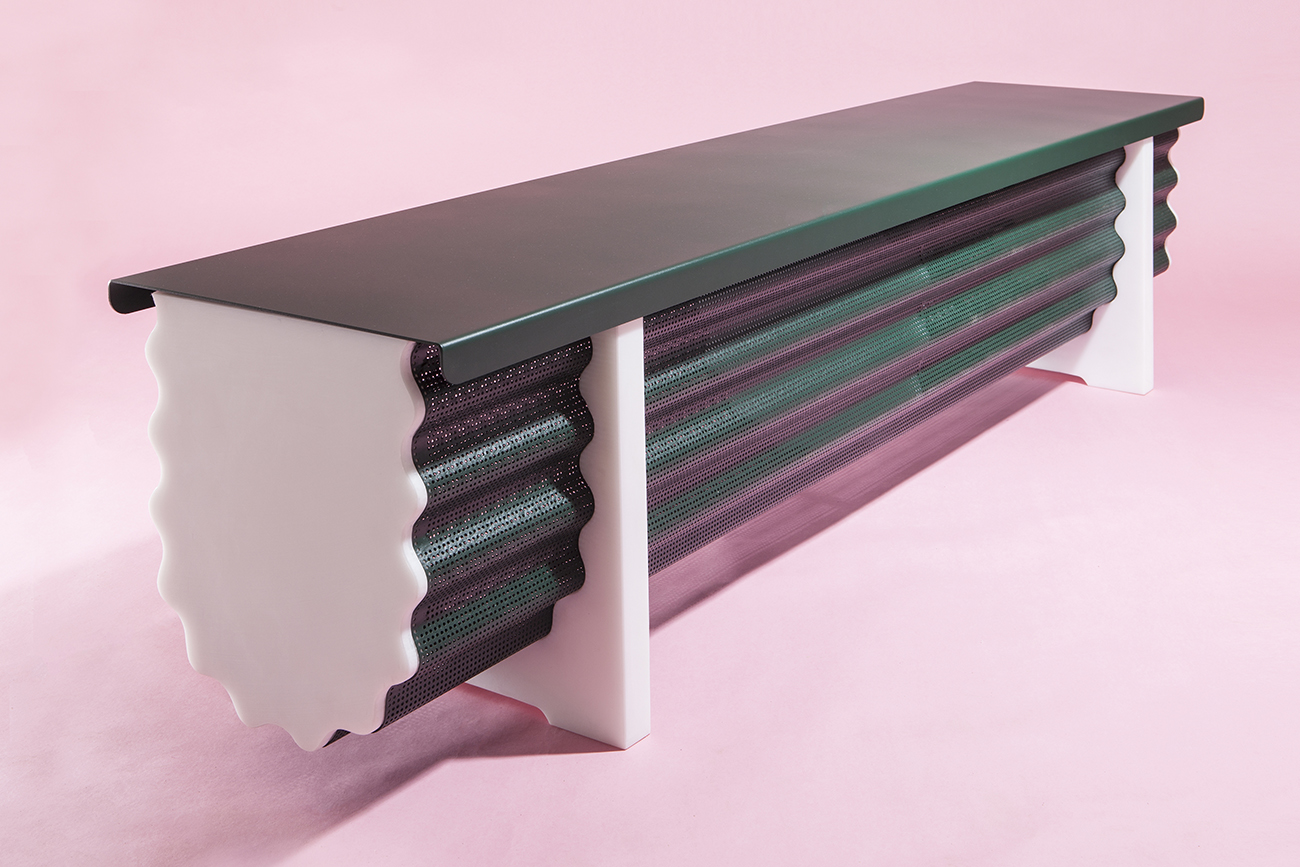 The Best of the 2016 Milan Furniture Fair, Part I

The 2016 Salone del Mobile and Fuorisalone — aka the Milan furniture fair — closes today, and we were there on the ground, running around like crazy people trying to absorb a year’s worth of new furniture in less than a week’s time. According to our iPhones, we walked about 7.5 miles a day in our quest to scout great design. Here’s the first of three posts chronicling what we found. 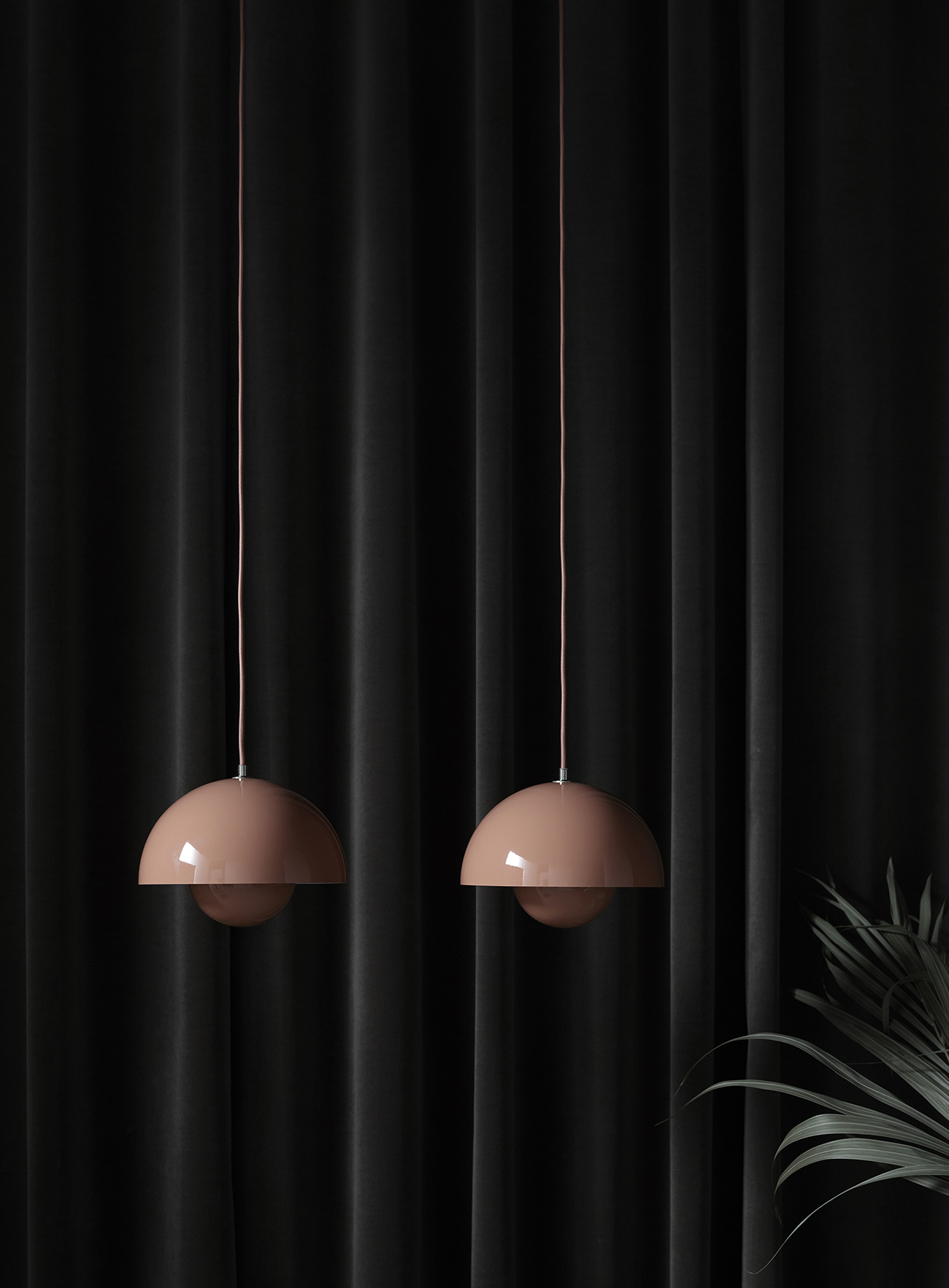 Is it weird that two of our favorite products this year date back to the 1960s? At their colorful booth at the fair, Copenhagen-based brand &Tradition showed brand-new hues of Verner Panton’s 1969 Flowerpot pendant, including a very on-trend forest green and this perfect peachy-pink. 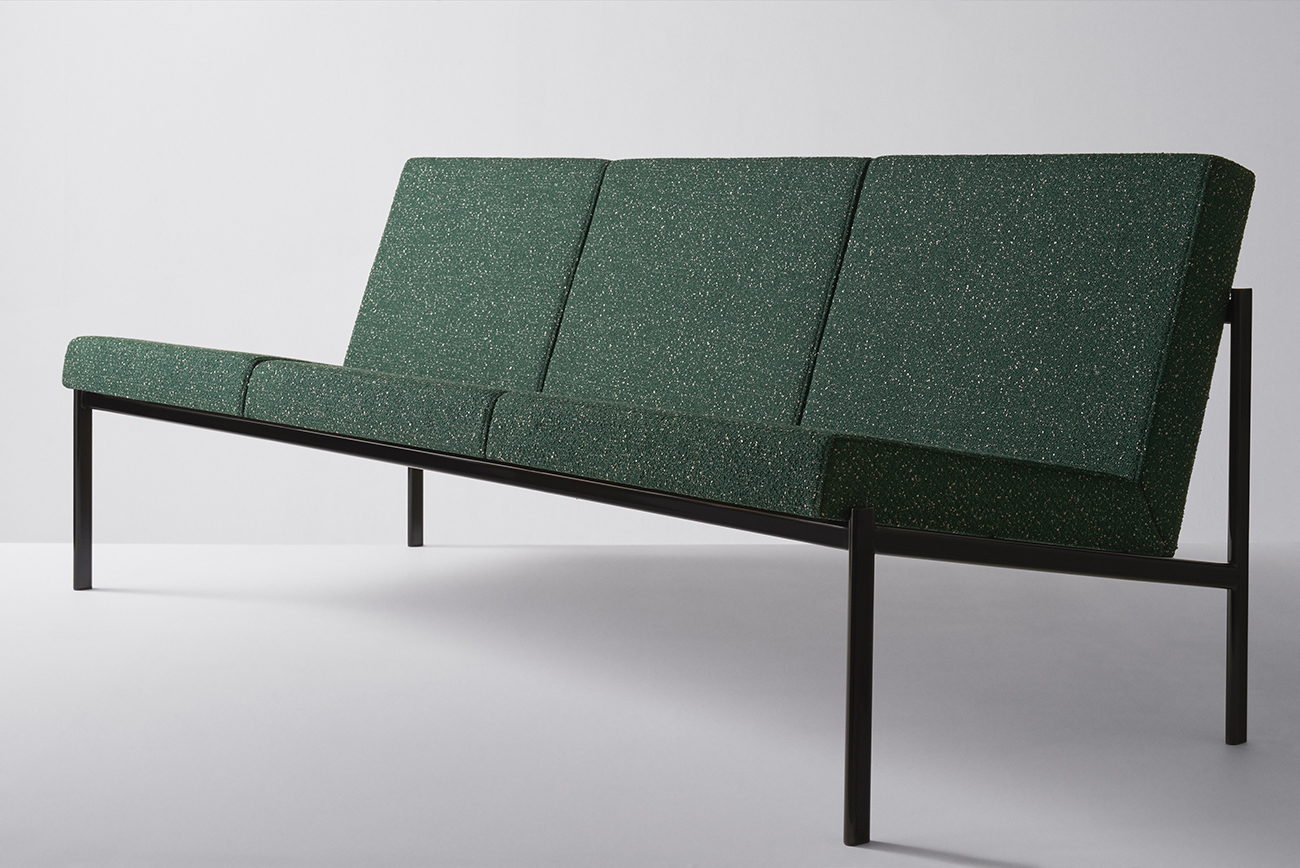 And over at Artek, the Finnish brand was spotlighting one of our favorite pieces ever made — Ilmari Tapiovaara’s 1960 Kiki sofa, which here finds its spirit fabric in Reflex, the newest fabric collaboration by Raf Simons and Kvadrat. 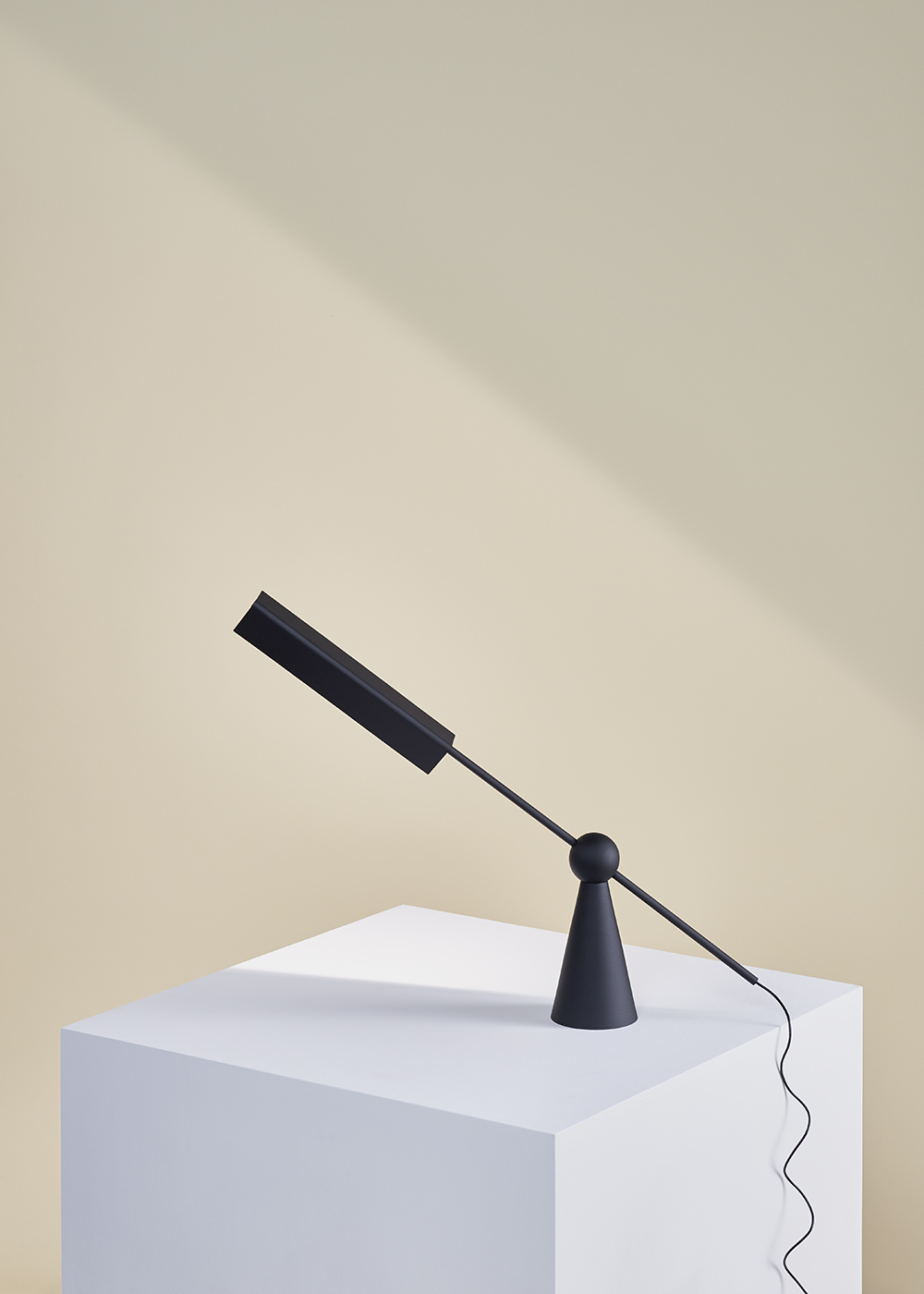 Salone Satellite, the portion of the fair devoted to up-and-coming talents, certainly didn’t disappoint this year. This very chic lamp was on display at Sight Unseen OFFSITE alum Rachel Griffin — aka Earnest Studio‘s — booth, along with her pretty Revolve light, which we featured late last year. 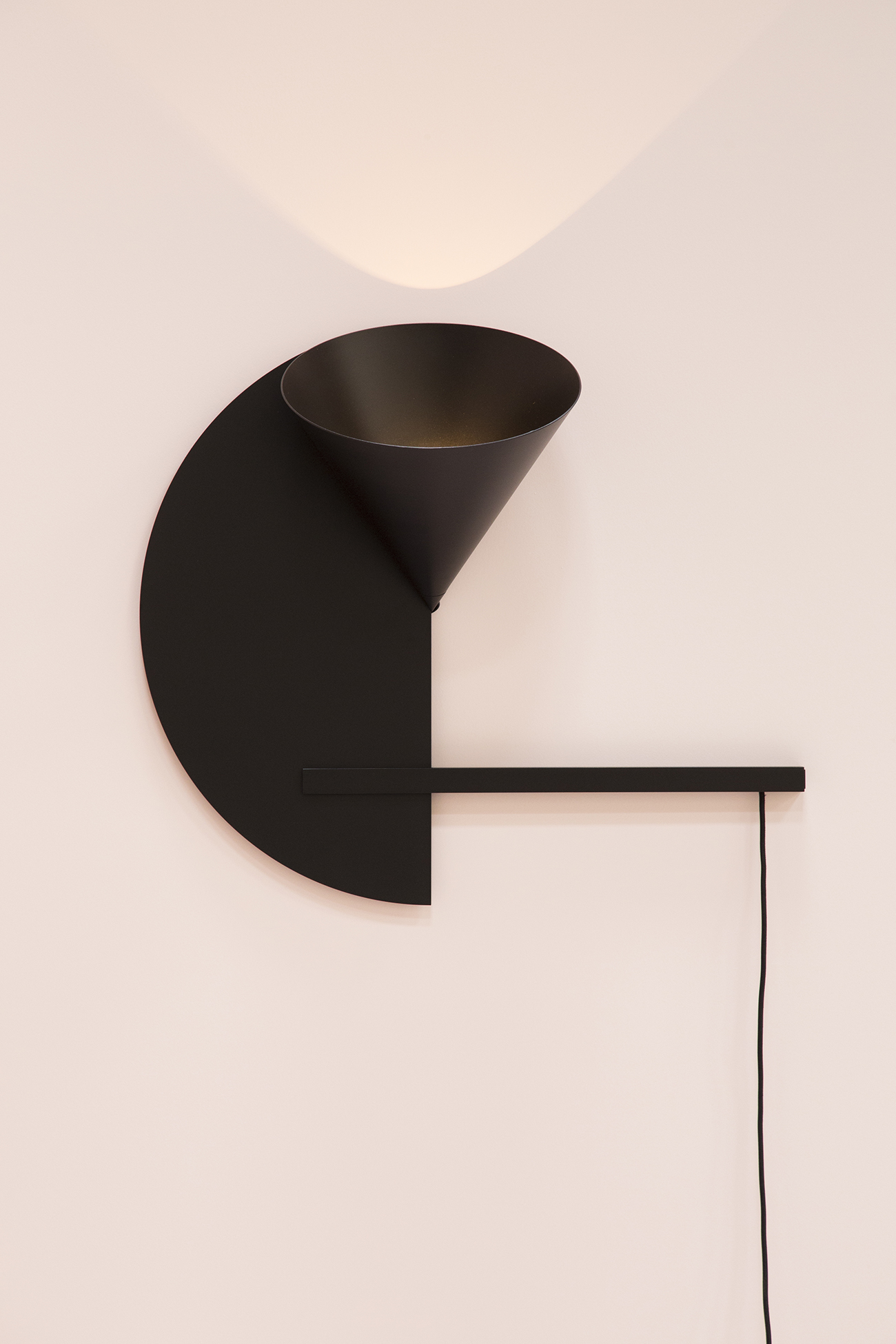 The murdered-out trend showed no signs of abating — both with Konstantin Grcic’s 25th anniversary collection for Classicon, which rendered the German designer’s greatest hits for the company in all-black-everything, and the Satellite booth by Eindhoven-based duo Daphna Laurens, who showed nine prototypes in the inky hue, including this Cirkel wall light. 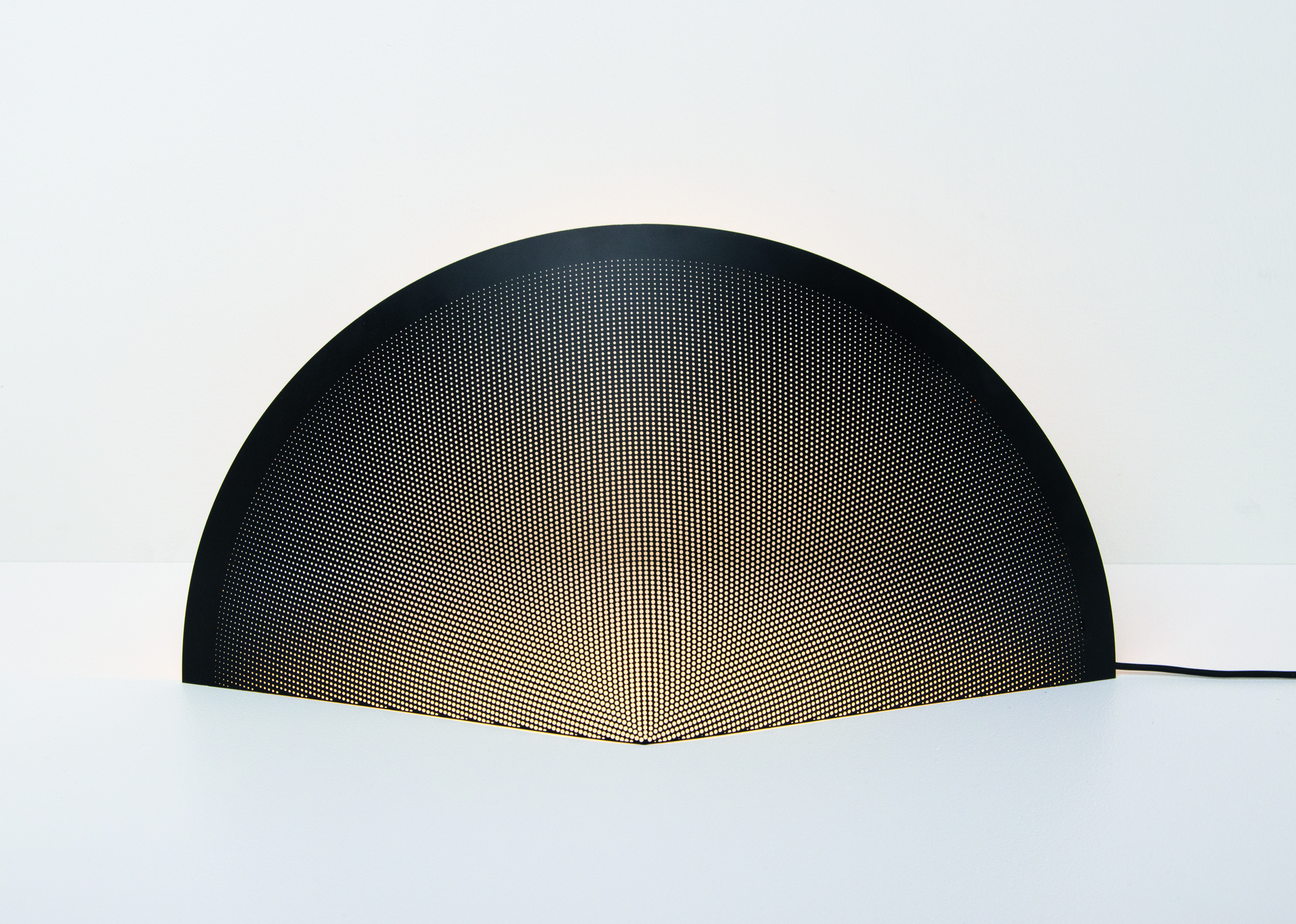 Dutch designer David Derksen had one of our favorite products last year — the iridescent-bottomed Table Architecture trays — and this year he brought his A-game as well: His Lucid lamp is a translucent, perforated metal shell that plays a neat trick — seriously where is the light coming from?? 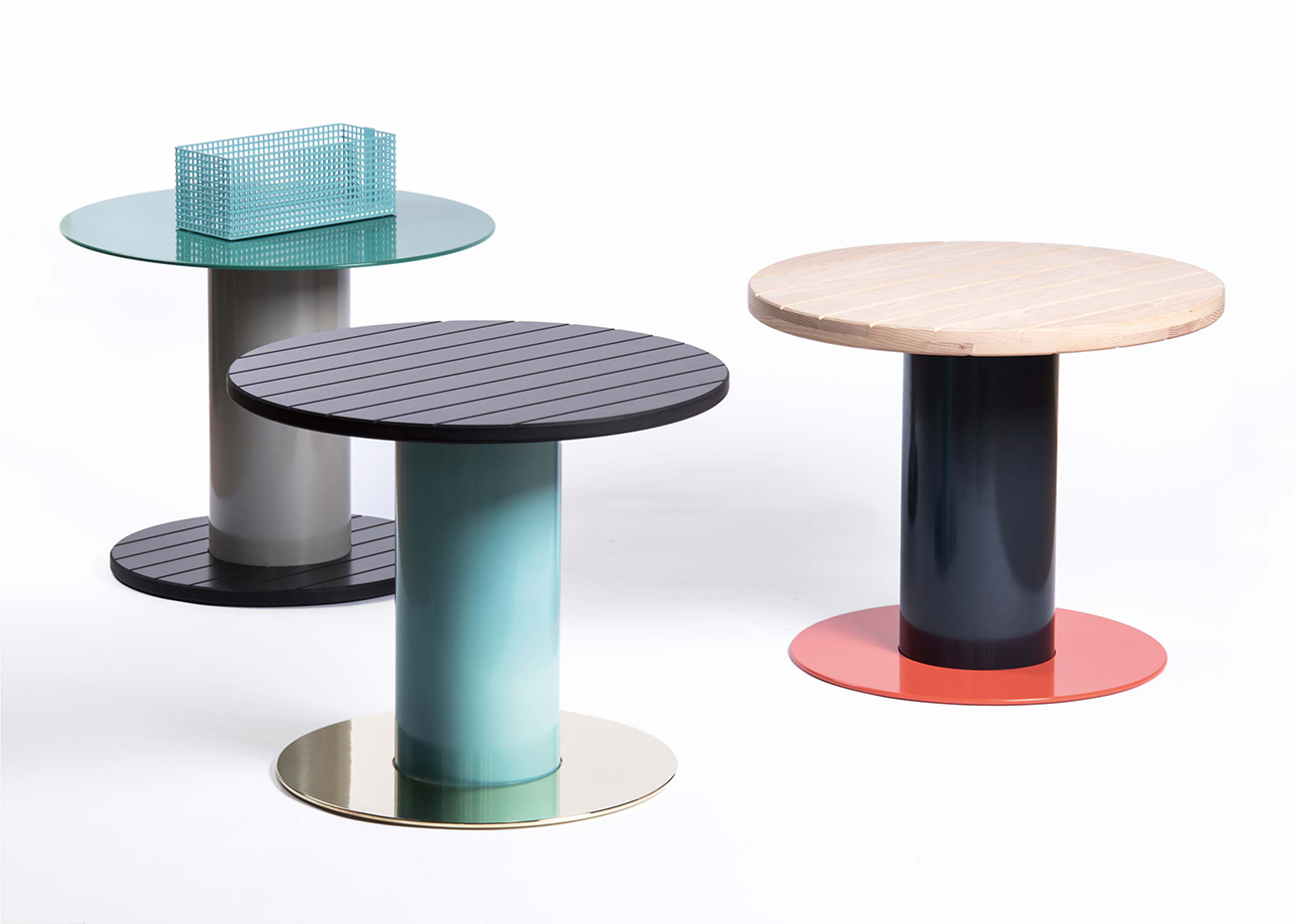 Derksen also unveiled these cute Reel side tables, whose parts are totally interchangeable thanks to a central screw. 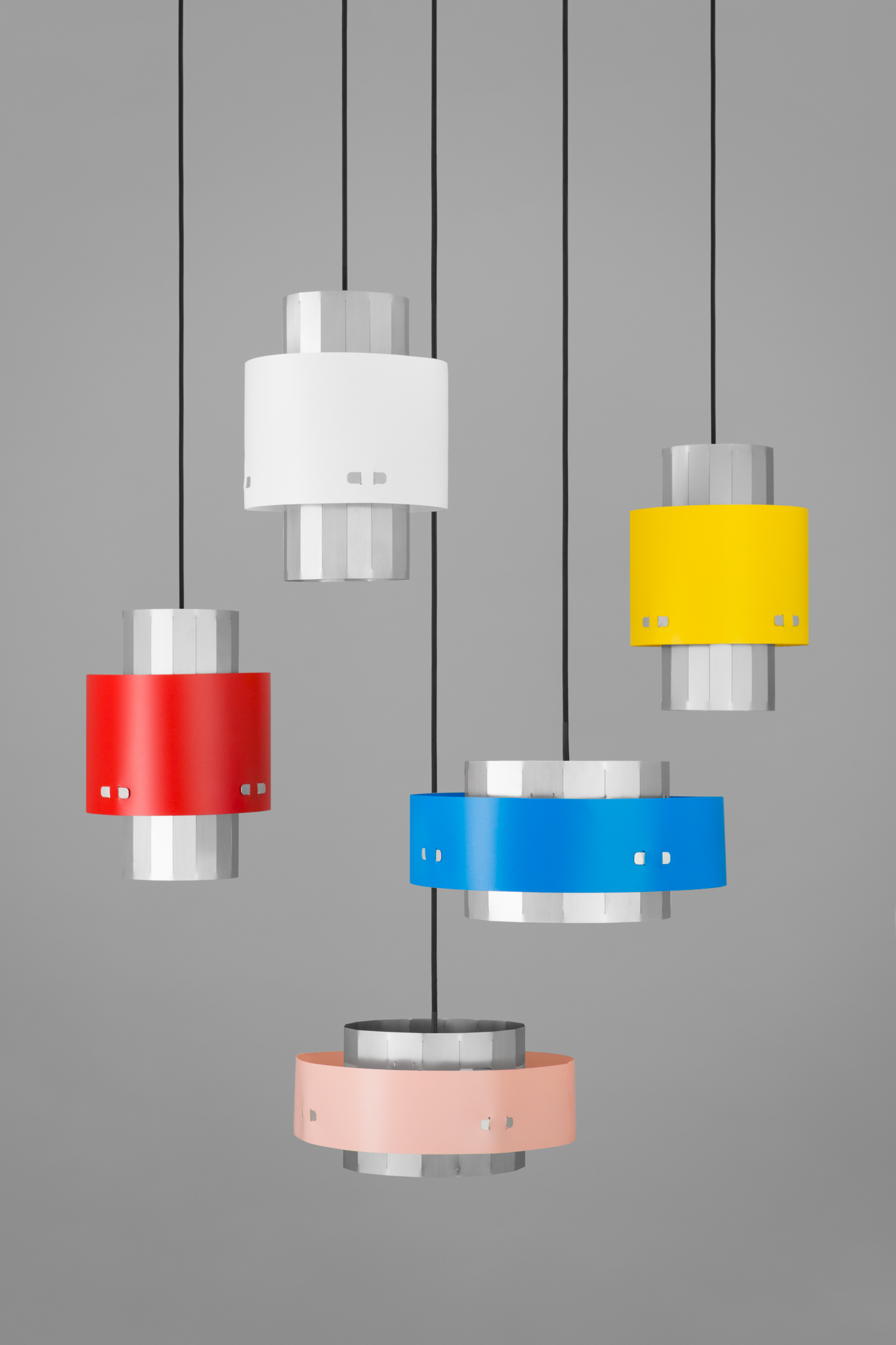 Mexican designer Jorge Diego Etienne made his first pilgrimage to Satellite with a collection built around circular forms. Our favorite piece was this folded metal hanging lamp, in seriously vibrant colors. 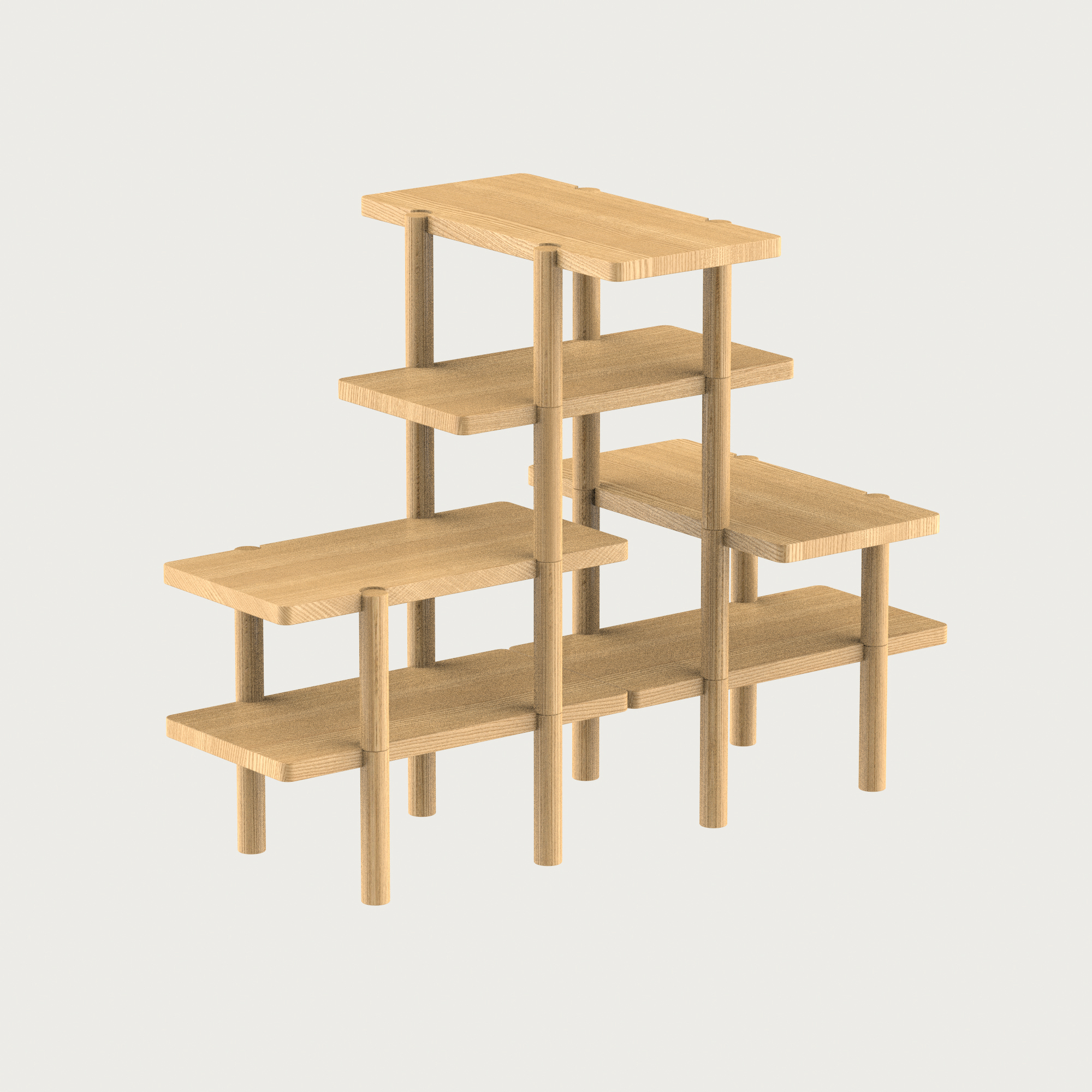 We’ve seen variations on the all-wood stacking shelf a million times by this point, but that doesn’t make this one — by Slovenian RCA grad Luka Stepan — any less appealing. Love the tubular, removable legs. 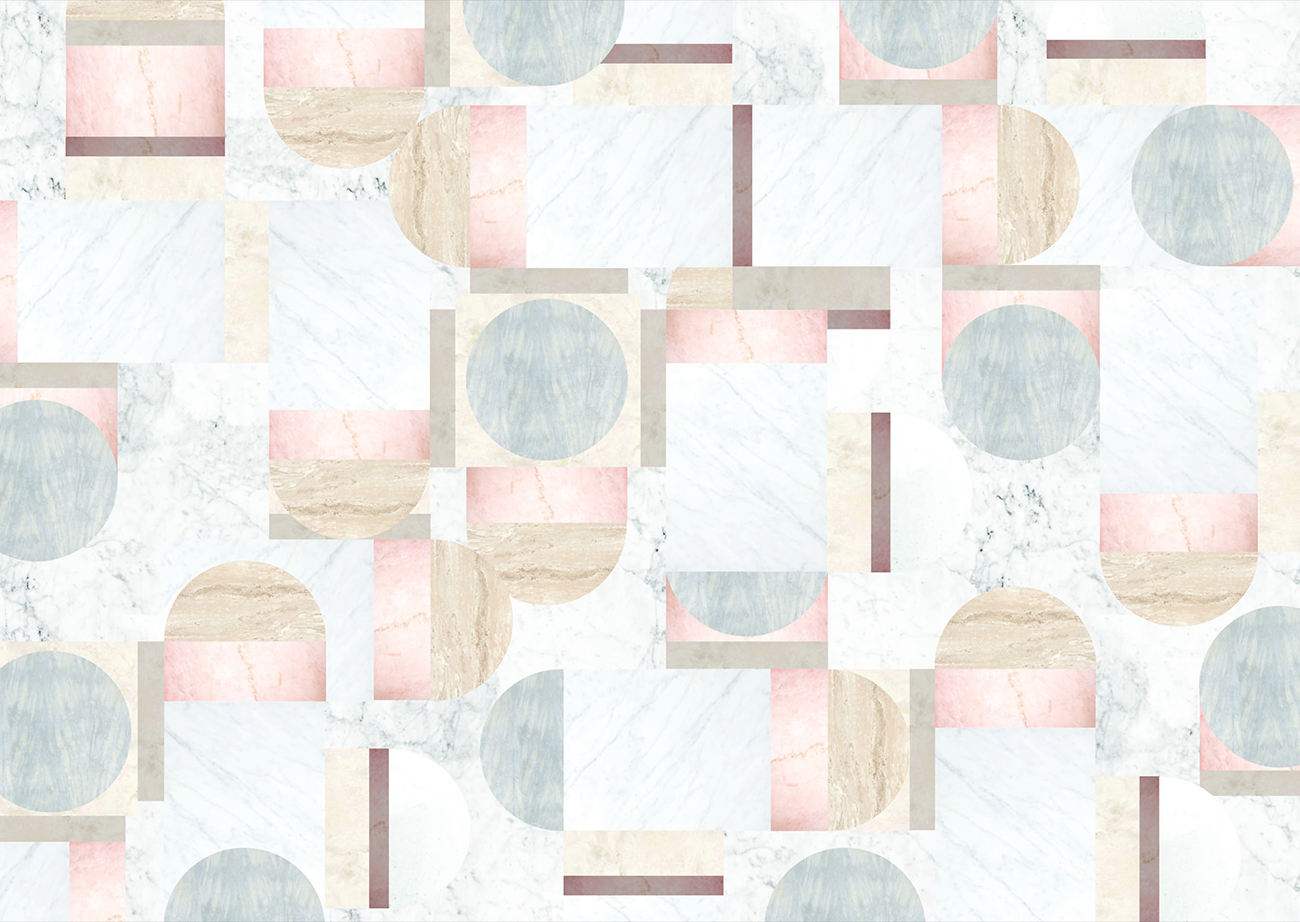 In Brera, the launch of a brand-new line of Italian wallpaper called Texturae. This one — called Marmolada and inspired by different types of volcanic stone — was our favorite, but we also liked the geometric Lines and the Art Deco-y Boiserie. 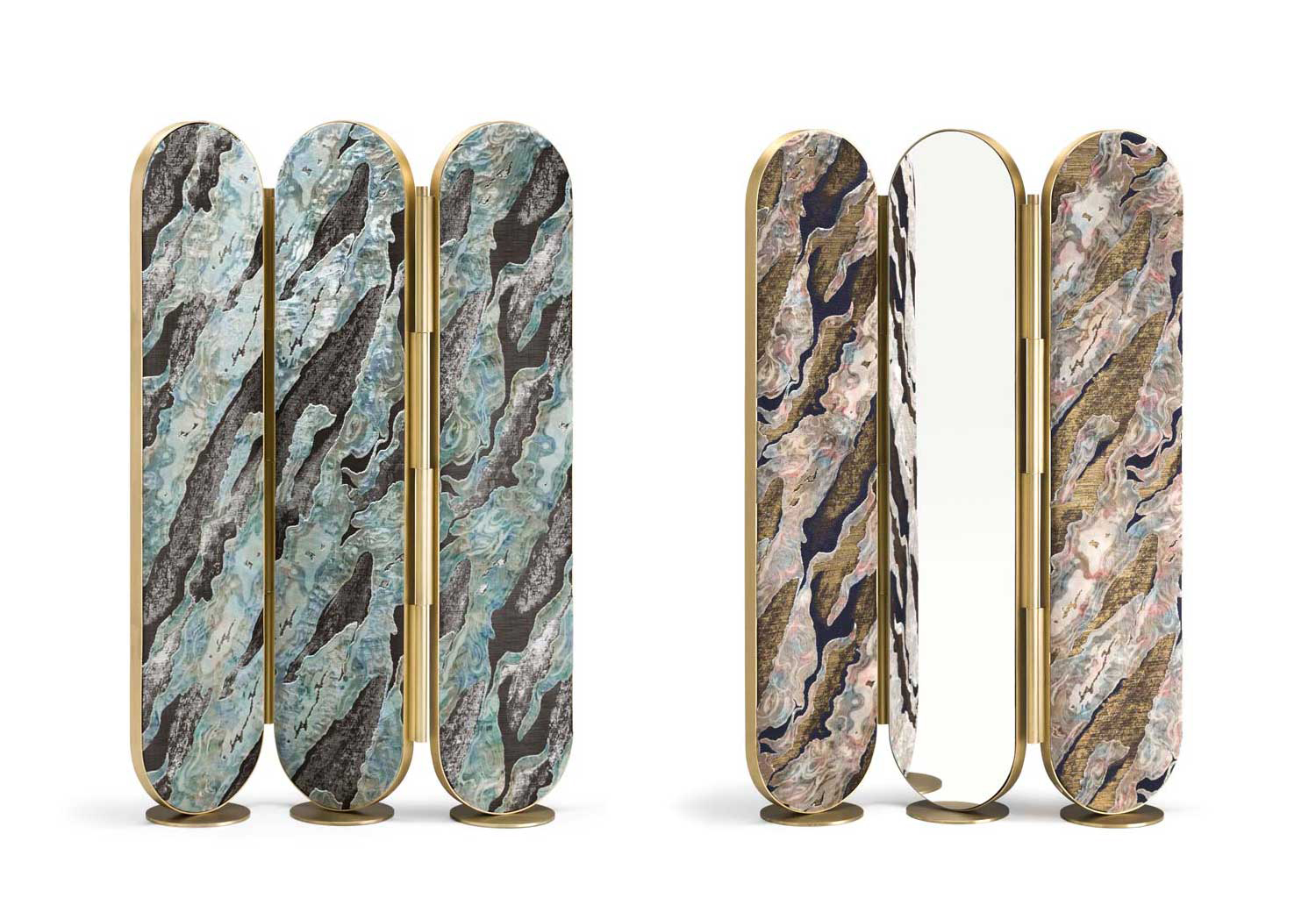 Another neat trick in Matteo Cibic’s Solanio screen for Bonotto Editions — the pattern looks like geological strata but it’s actually made from velvet jacquard. 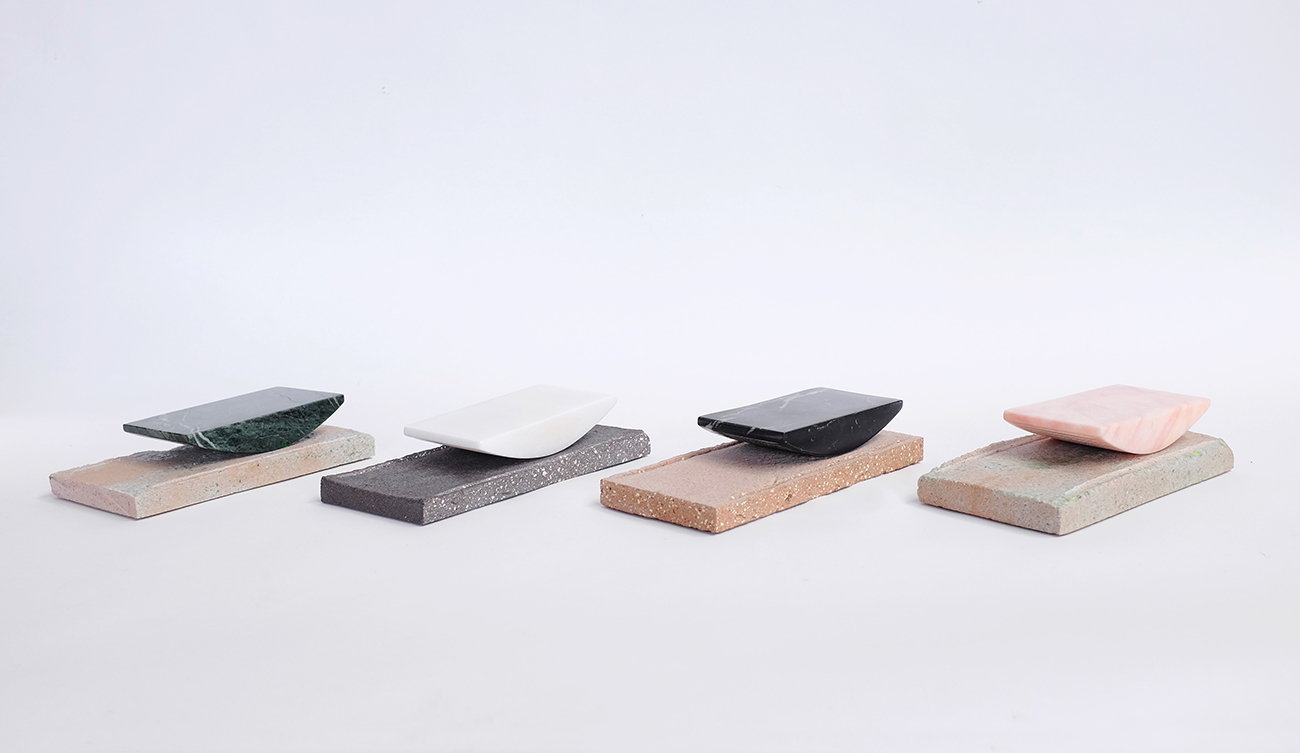 One of the biggest hits of the week was Ambra Medda + Airbnb’s Makers & Bakers pop-up next door to Rossana Orlandi, where 25 designers created objects around the theme of a shared meal. We hope to have more images next week — Phil Cuttance’s new vases were to die for — but for now, one of our favorites, a marble grinder by Laetitia de Allegri and Matteo Fogale. 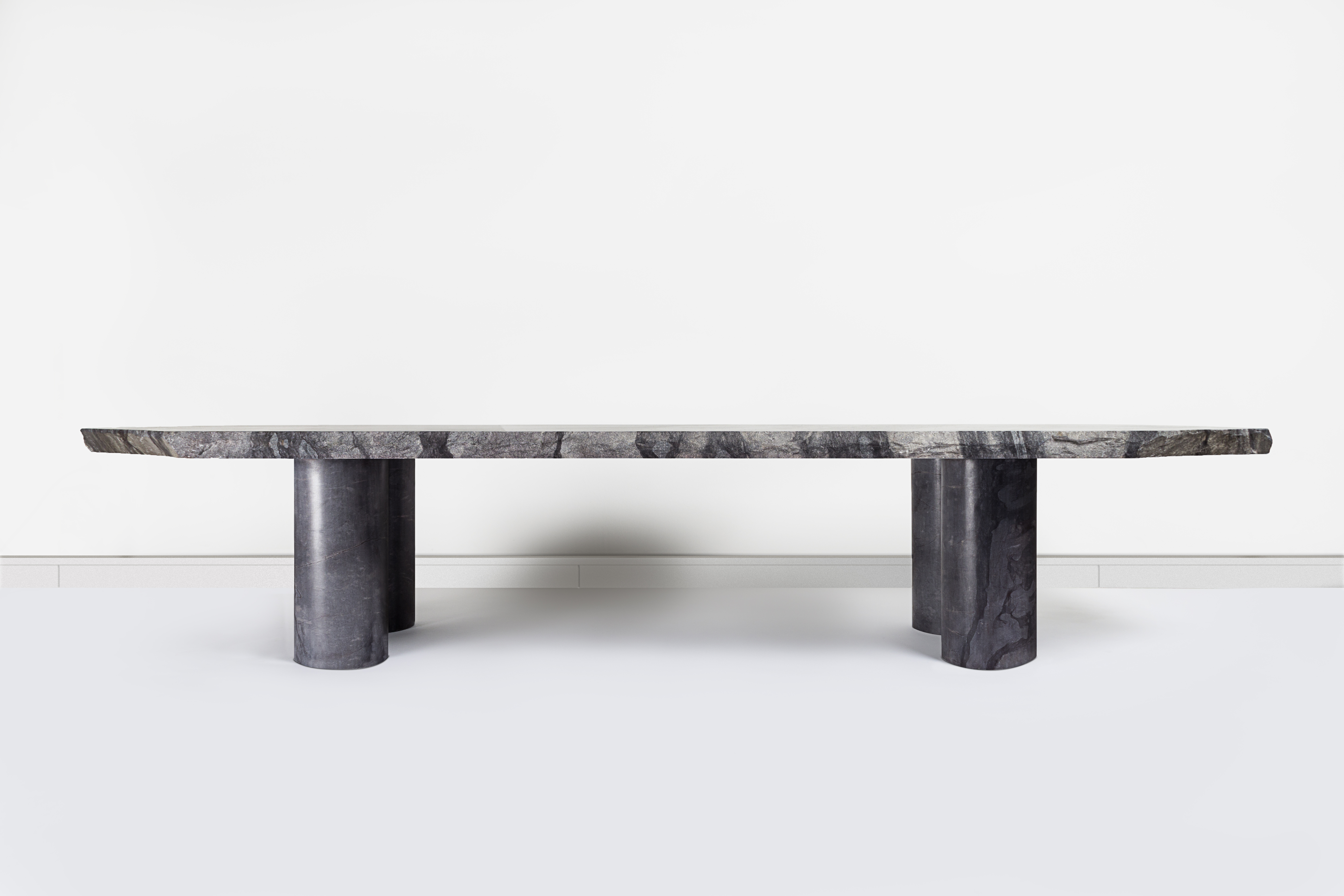 We featured one project from the “I Dream of Luxury” exhibition curated by Nov Gallery earlier this week; we also loved this limestone bench by Swiss designer Dimitri Bähler, who describes it like this: “This piece was inspired from the rituals of my grandfather’s walks through forests searching for stones that he would slowly and patiently collect for the sole purpose of building his cabin. As a child I often accompanied him on his walks through forests and abandoned stone quarries. Today those moments are an invaluable memory and represent my idea of luxury.” 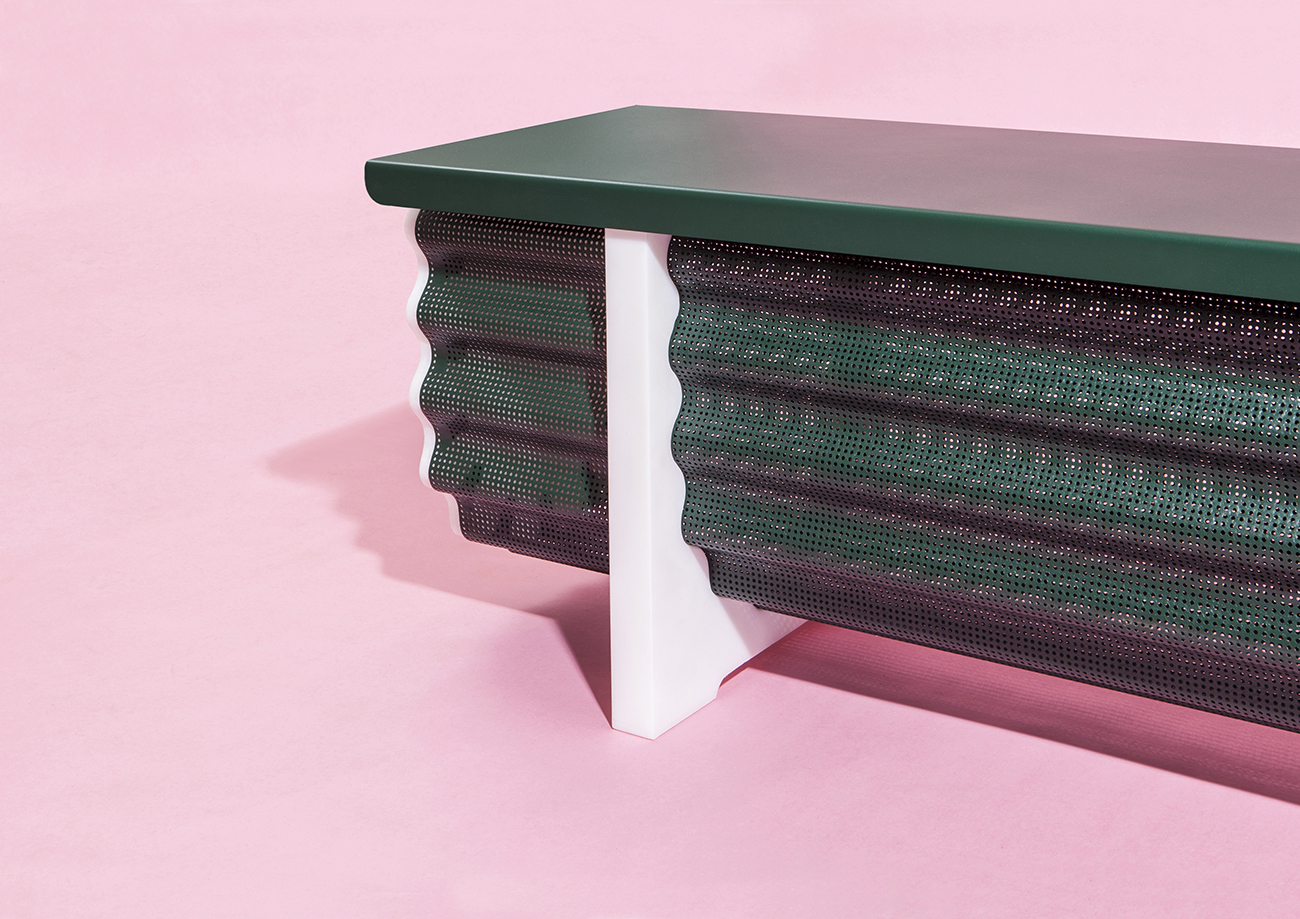 One of our favorite products (and another entrant to the “perforated metal will happily never die” trend) came from the always excellent Amsterdam-based designer Michael Schoner. Called Crest & Trough, the piece is a combination bench and storage unit with one of the coolest forms we’ve seen in recent years. Also: love that green (obvi). 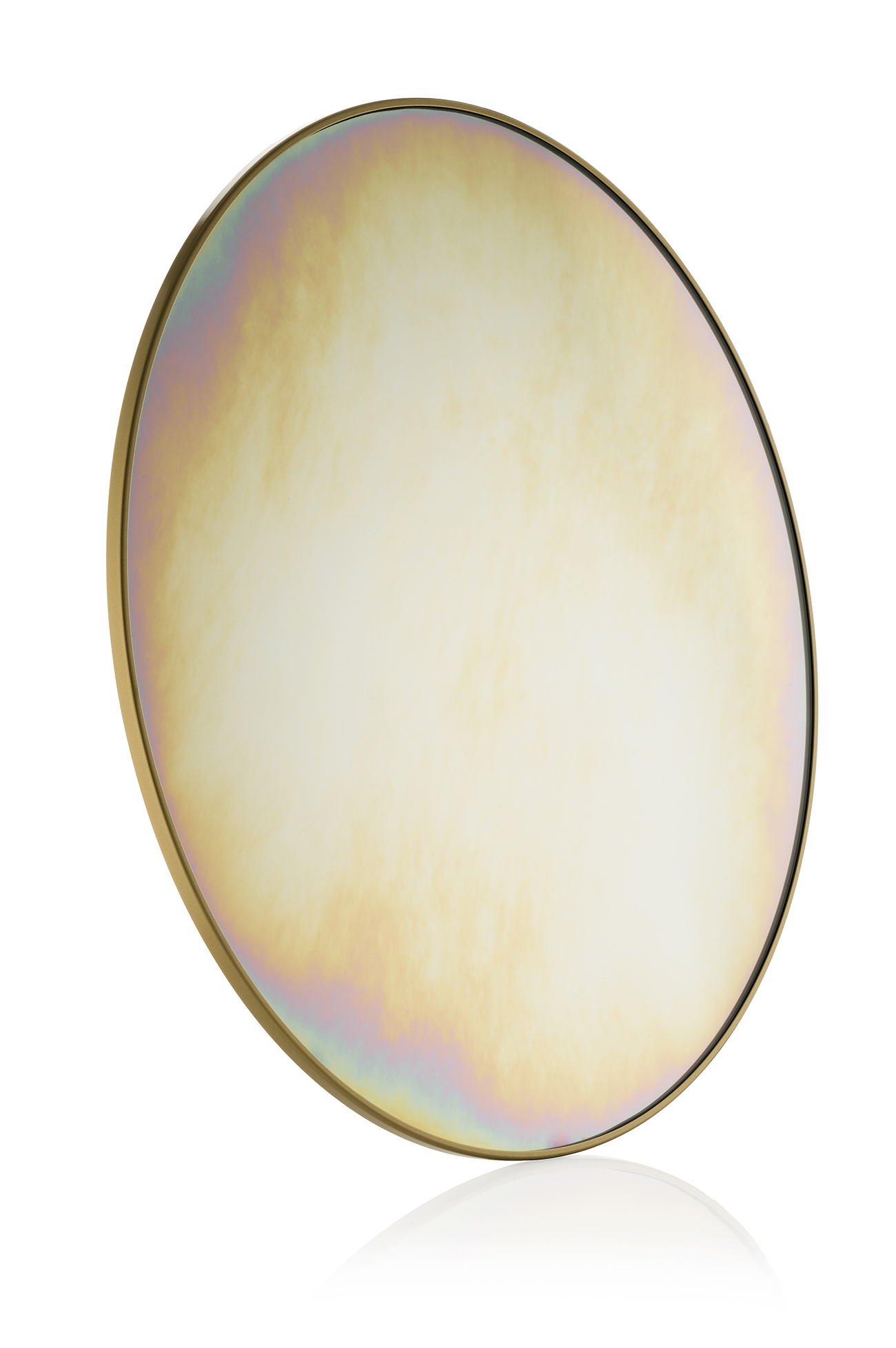 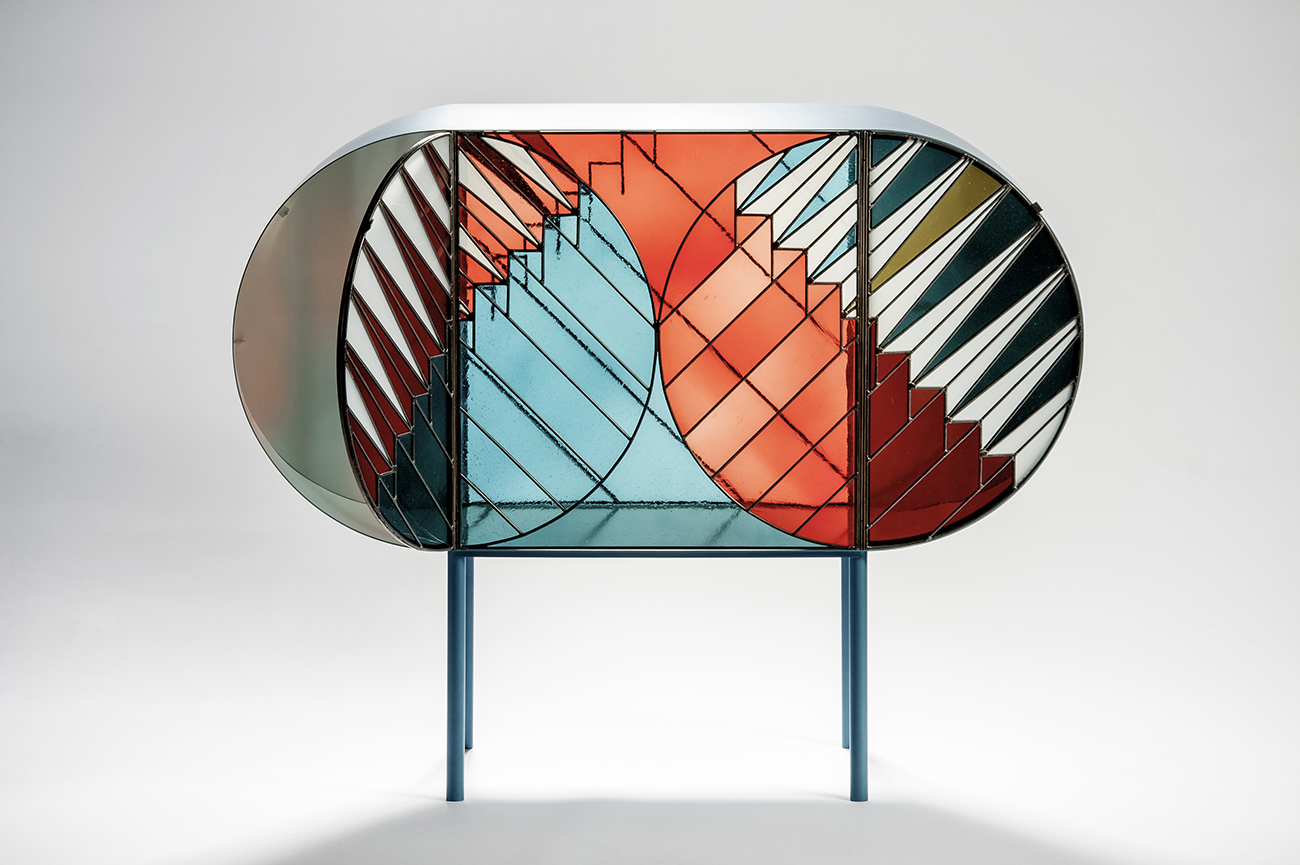 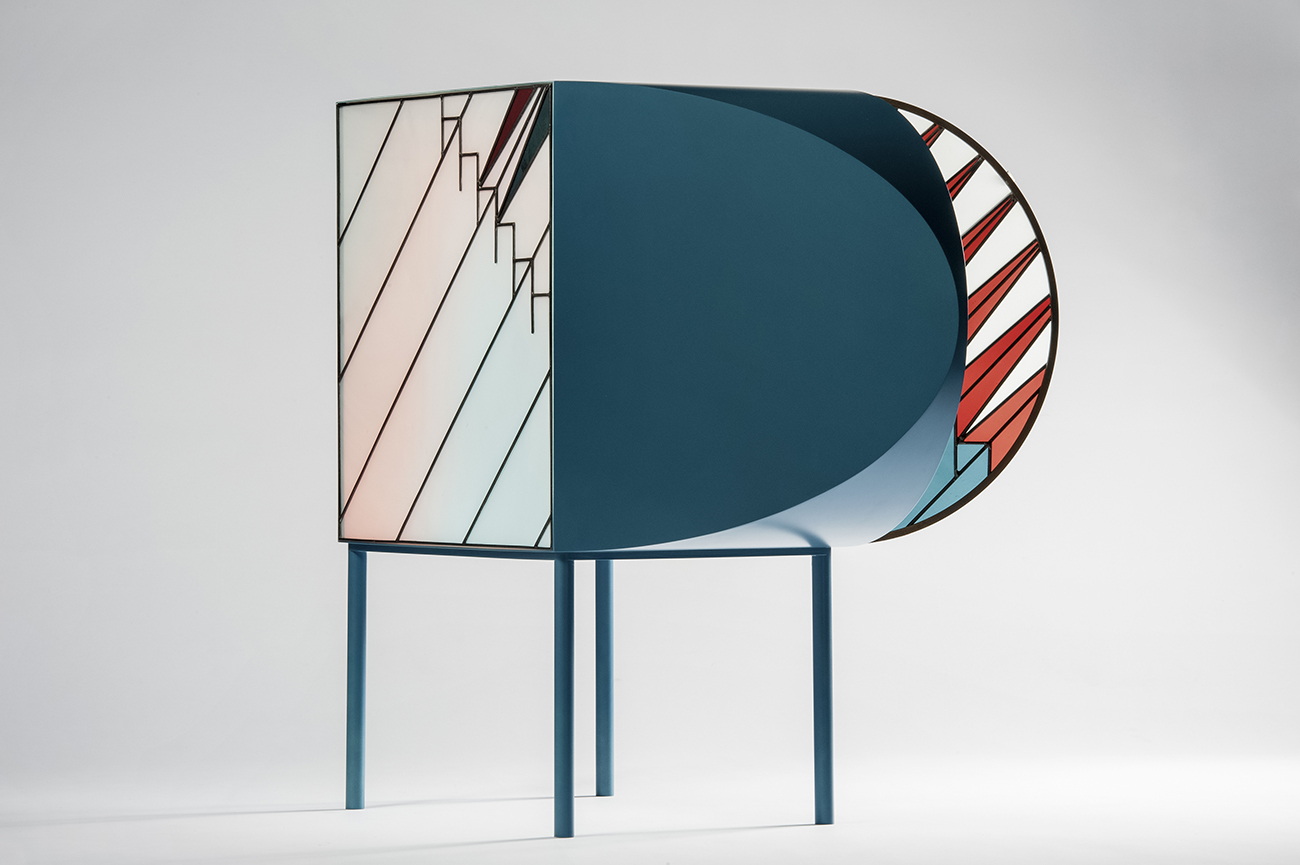 If you read other design blogs, you’ll see this stained-glass Credenza collection by Patricia Urquiola and Federico Pepe for Spazio Pontaccio popping up on nearly every one, and for good reason — it’s graphic, it’s colorful, and it’s made from an unlikely material. It also has the prettiest rear end of practically any piece of furniture we’ve seen! 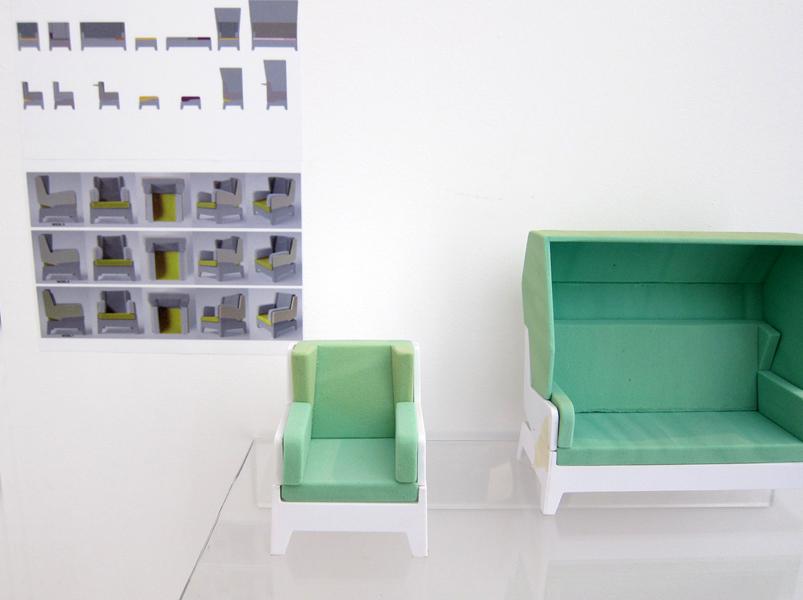 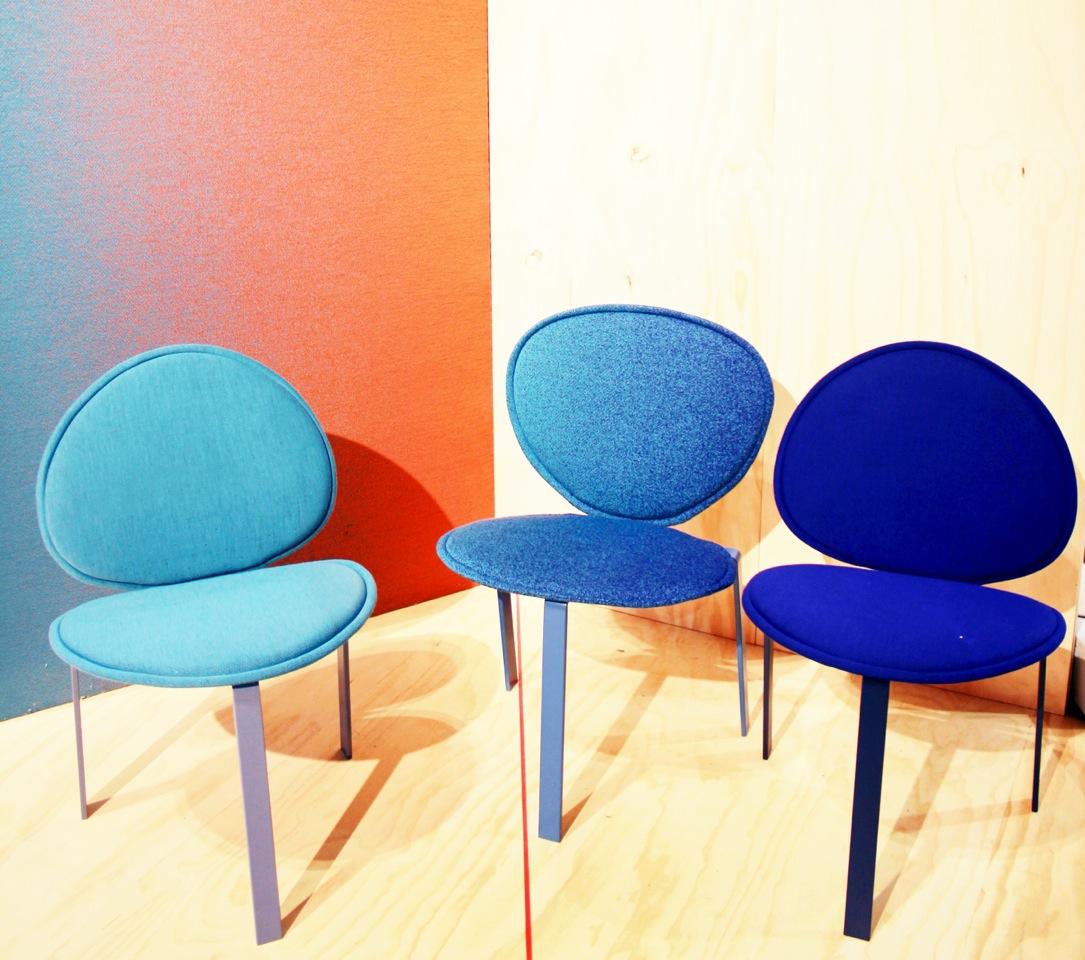 Though we're back from Milan and already knee-deep in planning for our own design fair next month (eek!), we'll be bringing you highlights from the Italian capital all this week. Today we're focusing on our favorites from the fairgrounds, like Front's beautiful chairs for Moroso (above). The fair this year was visually quite strong, with last year's obsessive booth styling taken to even greater heights. (We actually begged the Arper folks to put some of their styling pieces into production!). The fair is also where the trends we'd been thinking about began to seriously take shape. What was in this year? Though everyone still loves that pastel mint and pink palette, we saw tons of putty — yes, putty — and other assorted non-hues (most of which didn't make it into this round-up, since we're suckers for color). For more of our take, read on, then click through to our Facebook album and come back tomorrow for more from the offsite shows.
More 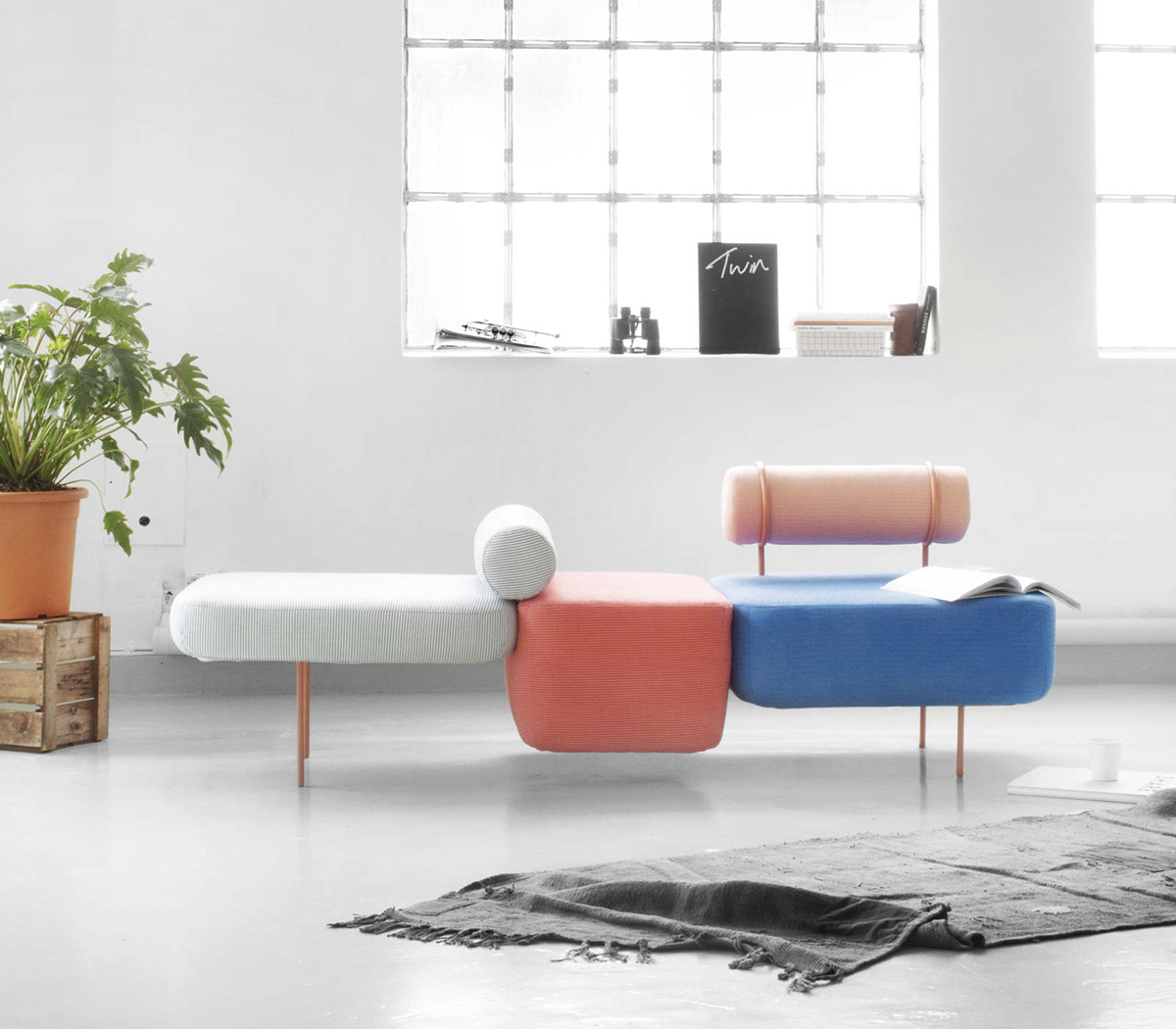 Yesterday we introduced you — both on our site and in a massive Facebook album — to all the wonderful objects we photographed while design-hunting our way through the Milan furniture fair. But thanks to seriously horrendous lighting (we're looking at you, Rho Fiera), the times we were in a hurry, and the times our camera just couldn't seem to grasp the concept of white balance while in the presence of LEDs, we couldn't possibly capture a great image of everything we saw that deserved coverage. That is where today's post steps in: Here, we bring you the best press images we gathered of all our favorite designs at this year's Salone, with nearly 50 more on offer over on Facebook.
More