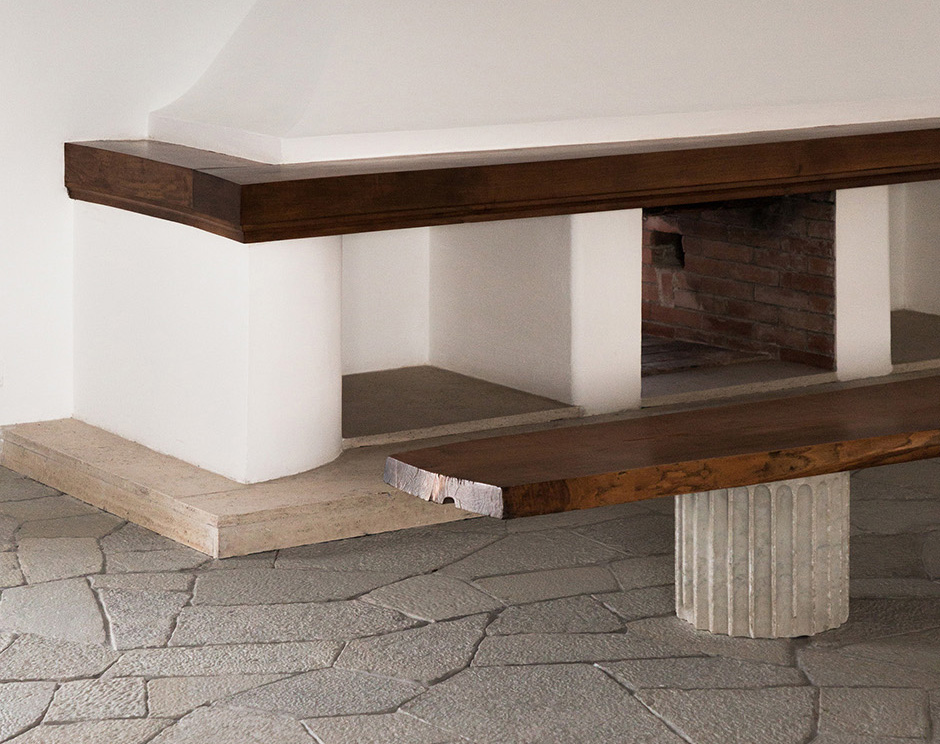 Furniture Inspired by an Architectural Jewel of the Mediterranean

Casa Malaparte is a pink thumb in the Mediterranean, once described by AD as a “ravishing” “minimalist plinth of a house.” Built in 1942 by Curzio Malaparte (née Kurt Erich Suckert), Casa Malaparte is the redundant result of a life in exile; after being banished by Mussolini in 1933, Malaparte (the man) felt compelled to take his solitude one step further, or rather, right up to the edge of a plot of land overlooking the Tyrrhenian Sea. The house was designed, from floor plan to furniture, by Malaparte himself — once and forever a true renegade.

This month [Ed. note: This exhibition has been moved to the fall] a special exhibition at Gagosian’s Davies Street gallery in London will see the space arranged to resemble Casa Malaparte’s main room, a stone-floored space with ocean vistas that features in Jean-Luc Godard’s 1963 film, Contempt. Tommaso Rositani Suckert, Malaparte’s youngest descendant, has produced editions of three of the most iconic furniture pieces from Casa Malaparte for the exhibition: a table, a bench, and a console, all manufactured in Italy and comprised of solid walnut, pine, Carrara marble, and stone. To complement the furniture, a suite of Baroque-styled porcelain pieces formerly owned by Malaparte will also be on view; by juxtaposing familiar motifs from Italy’s classical past with minimalistic modern forms, the show hopes to pay homage to the life and spirit of one of the Italian avant-garde’s most provocative figures. 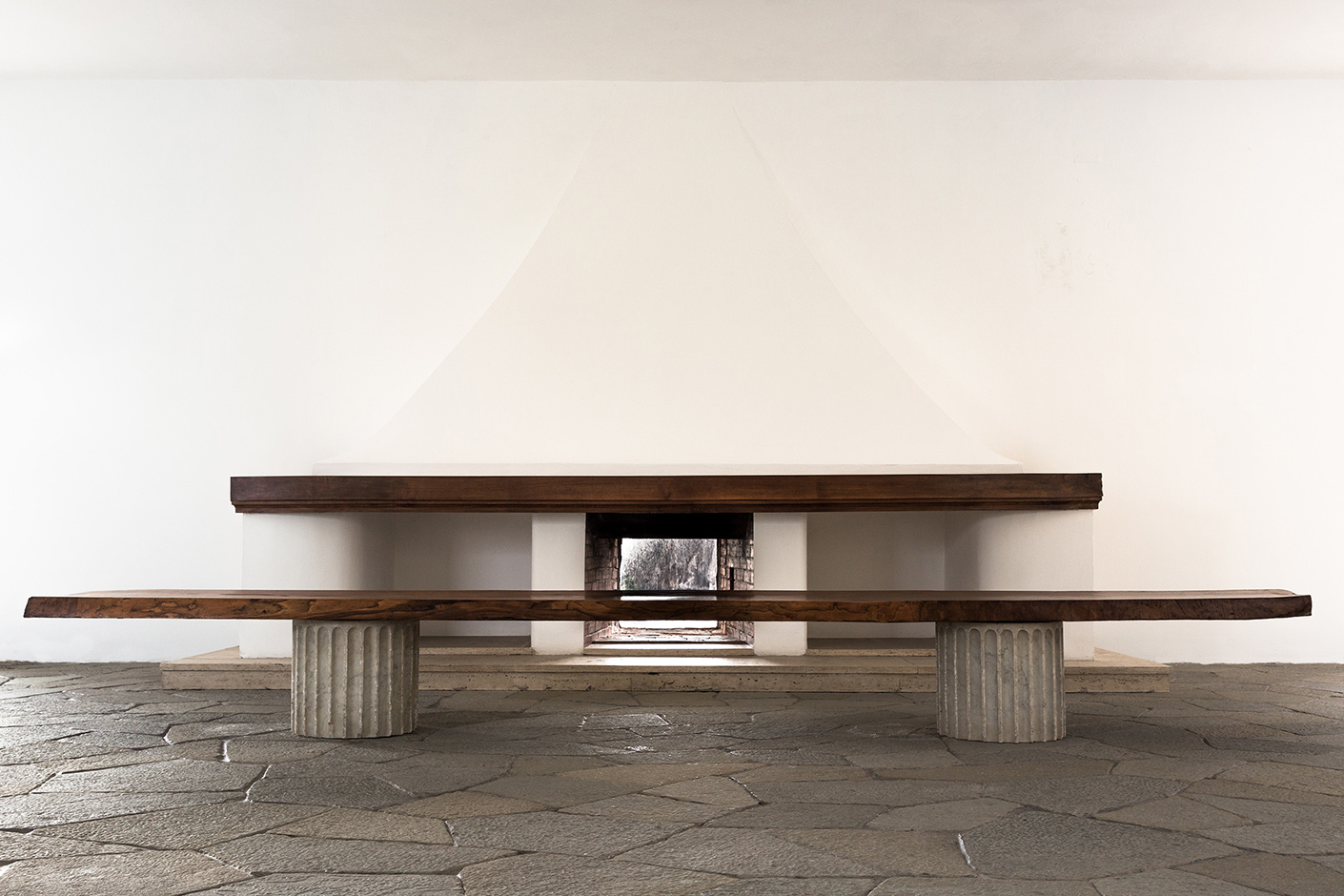 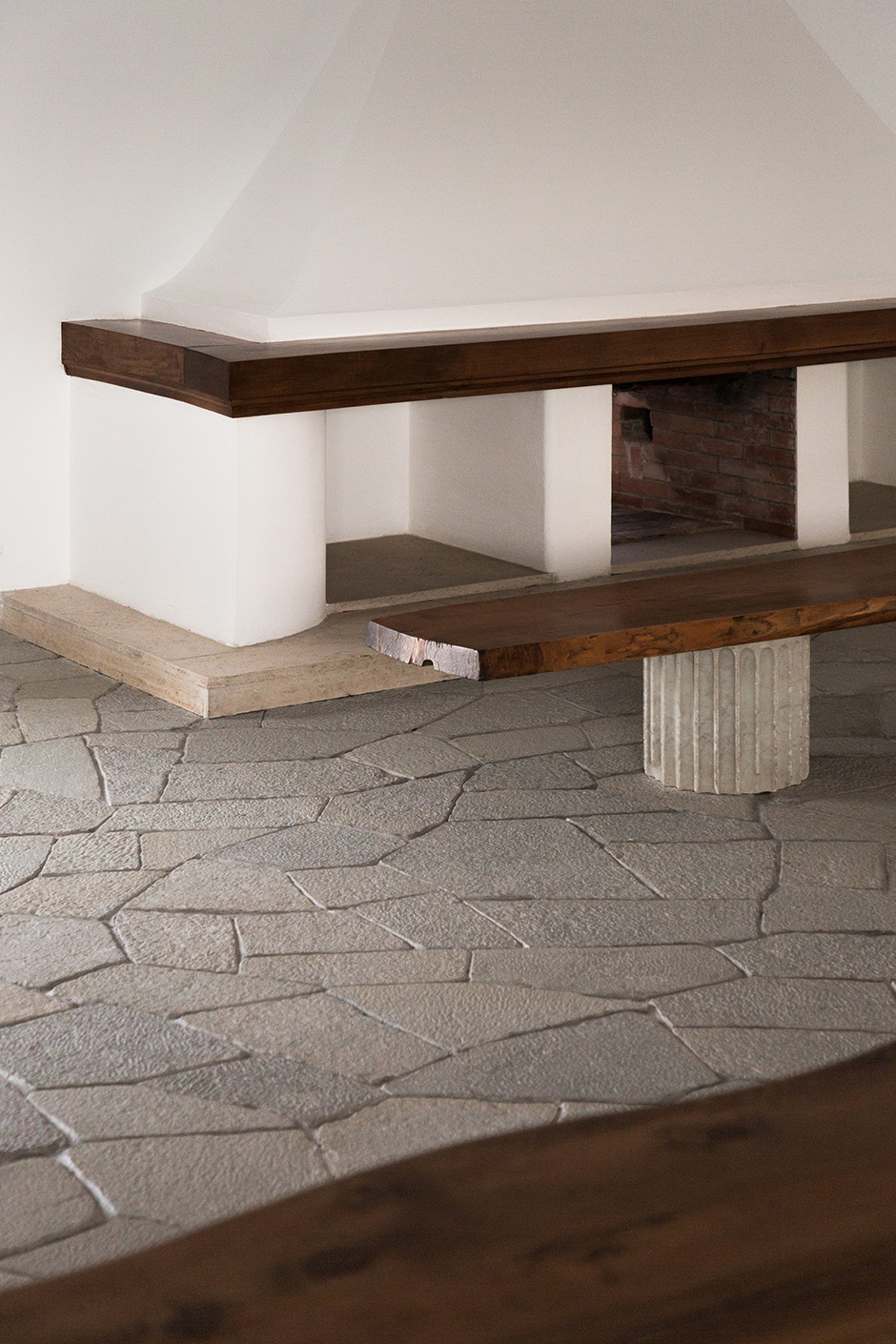 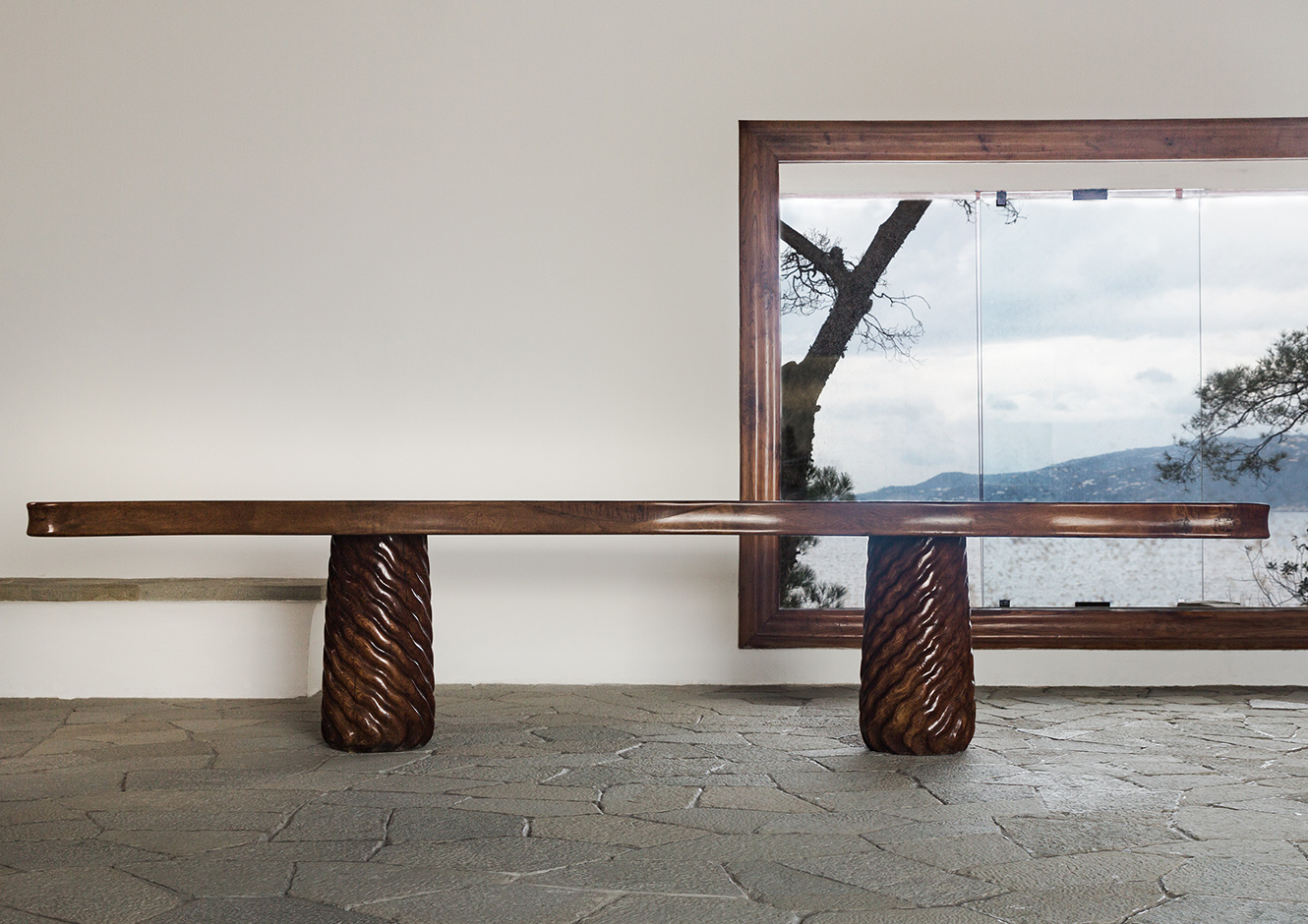 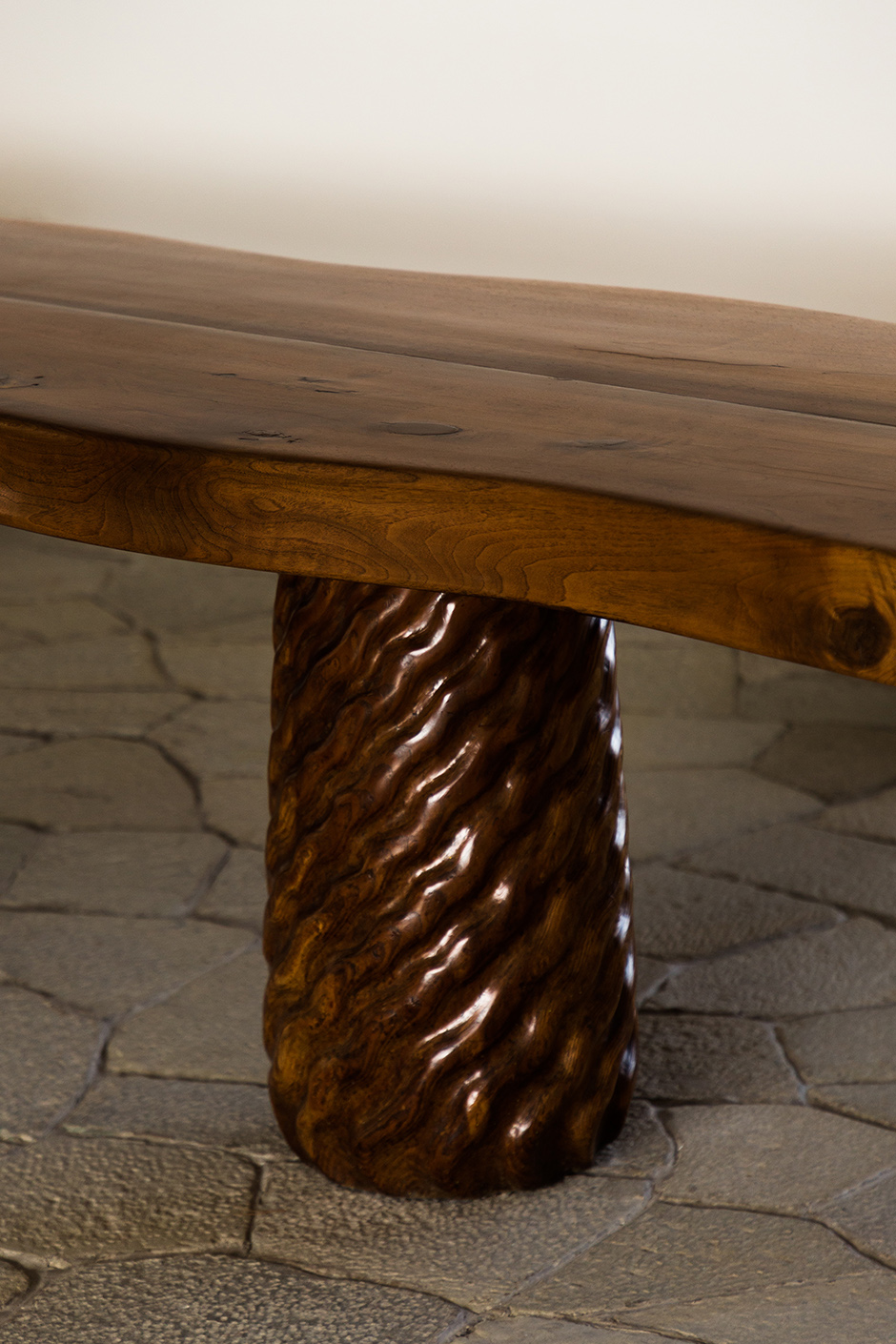 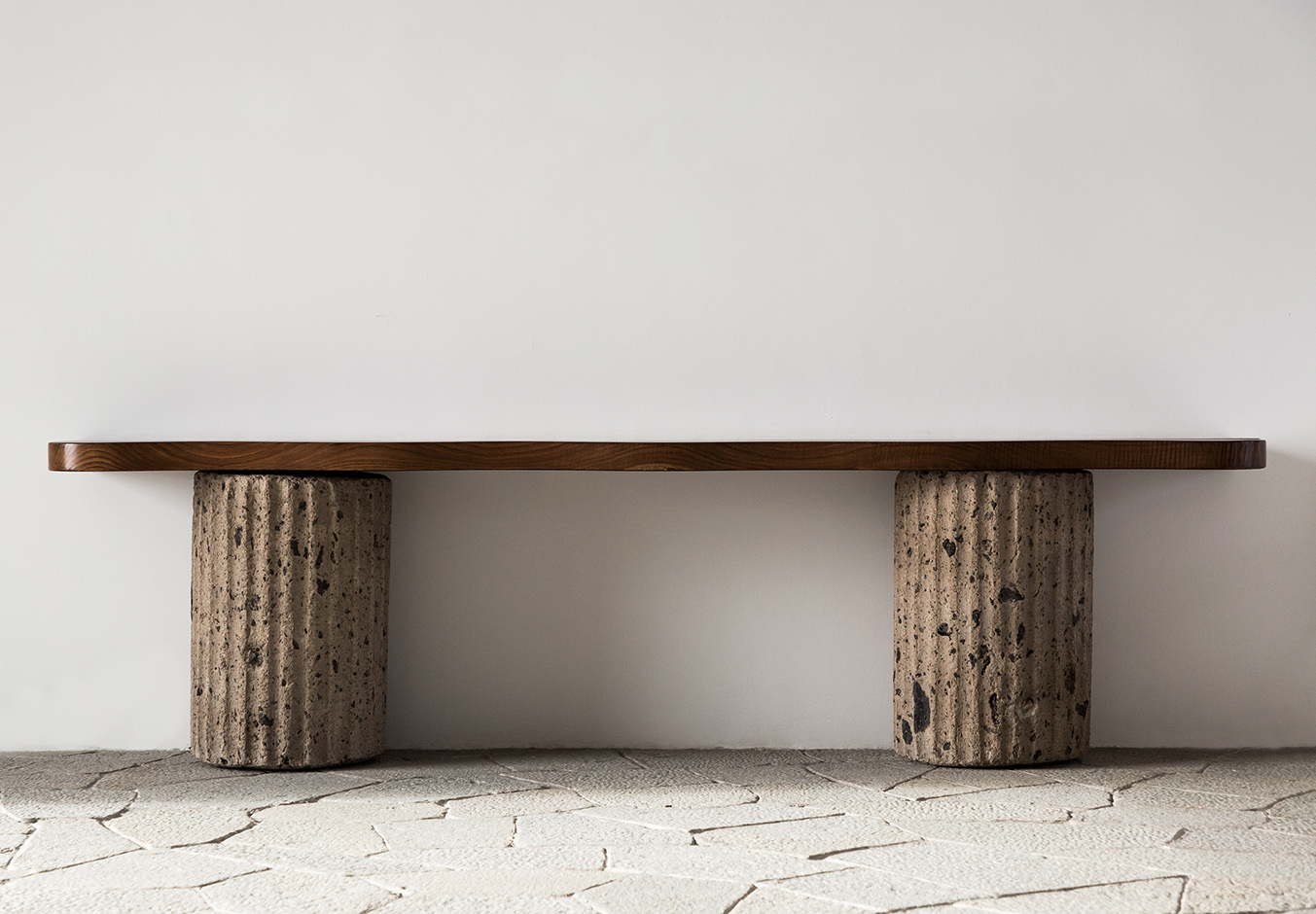 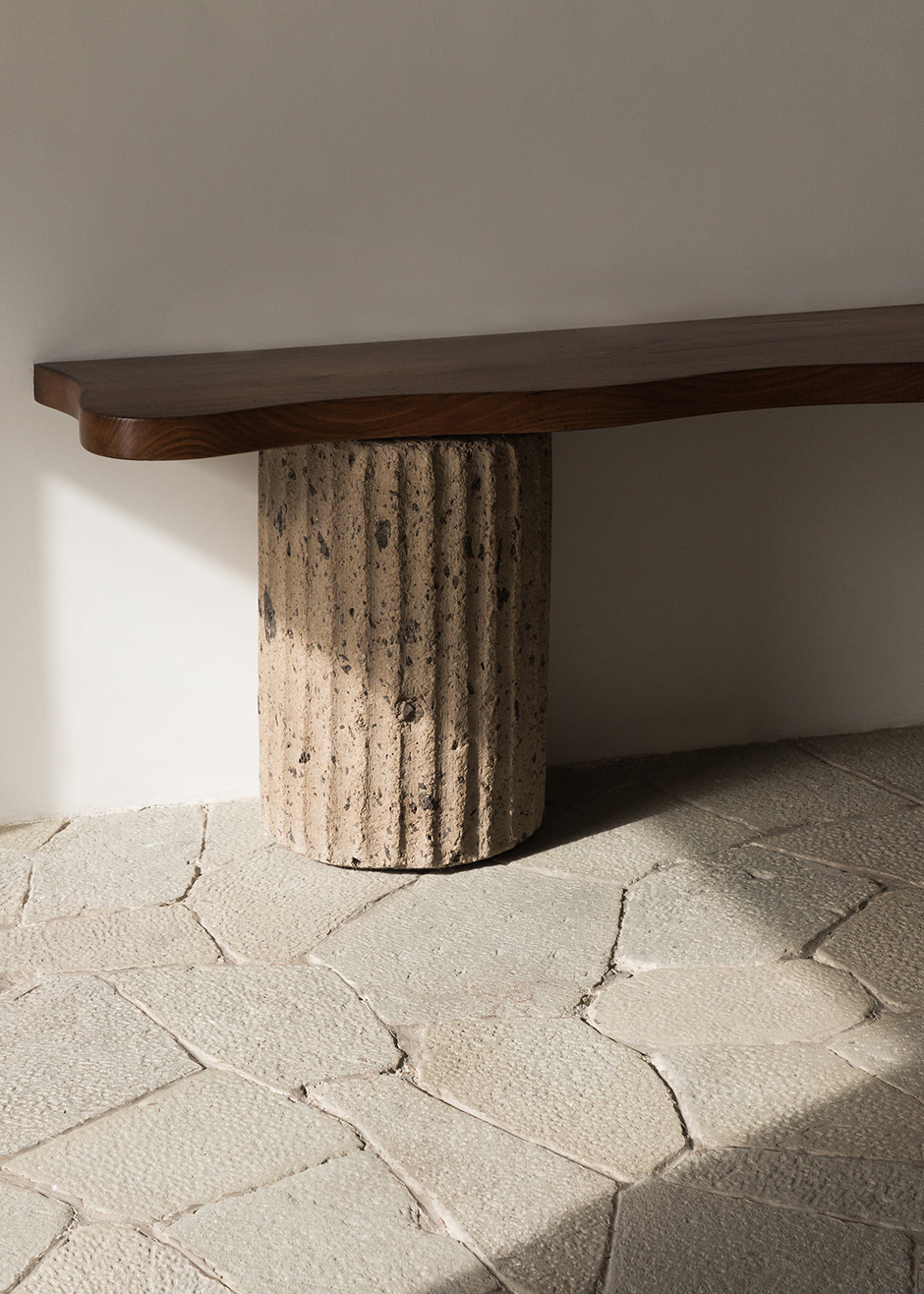 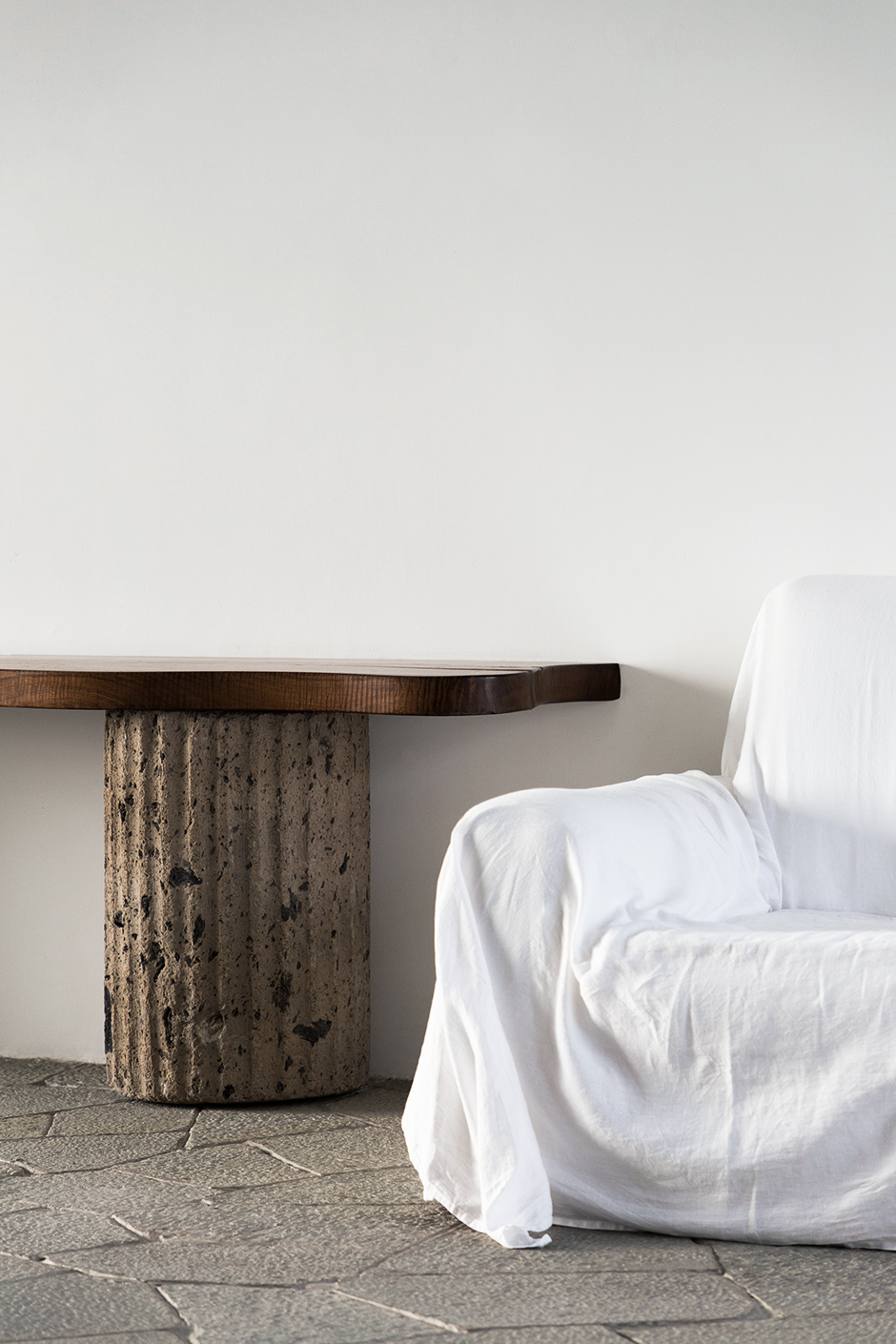 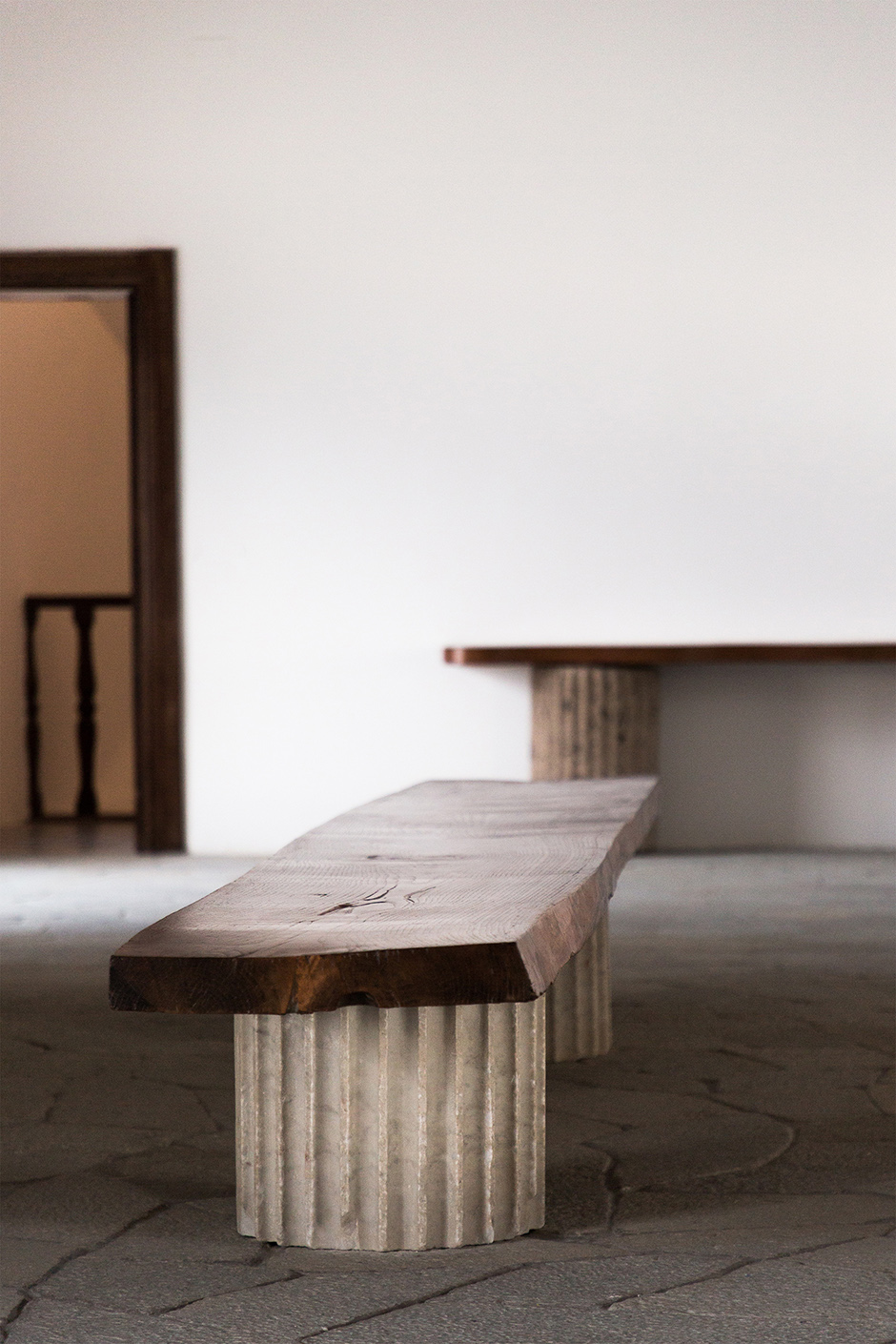 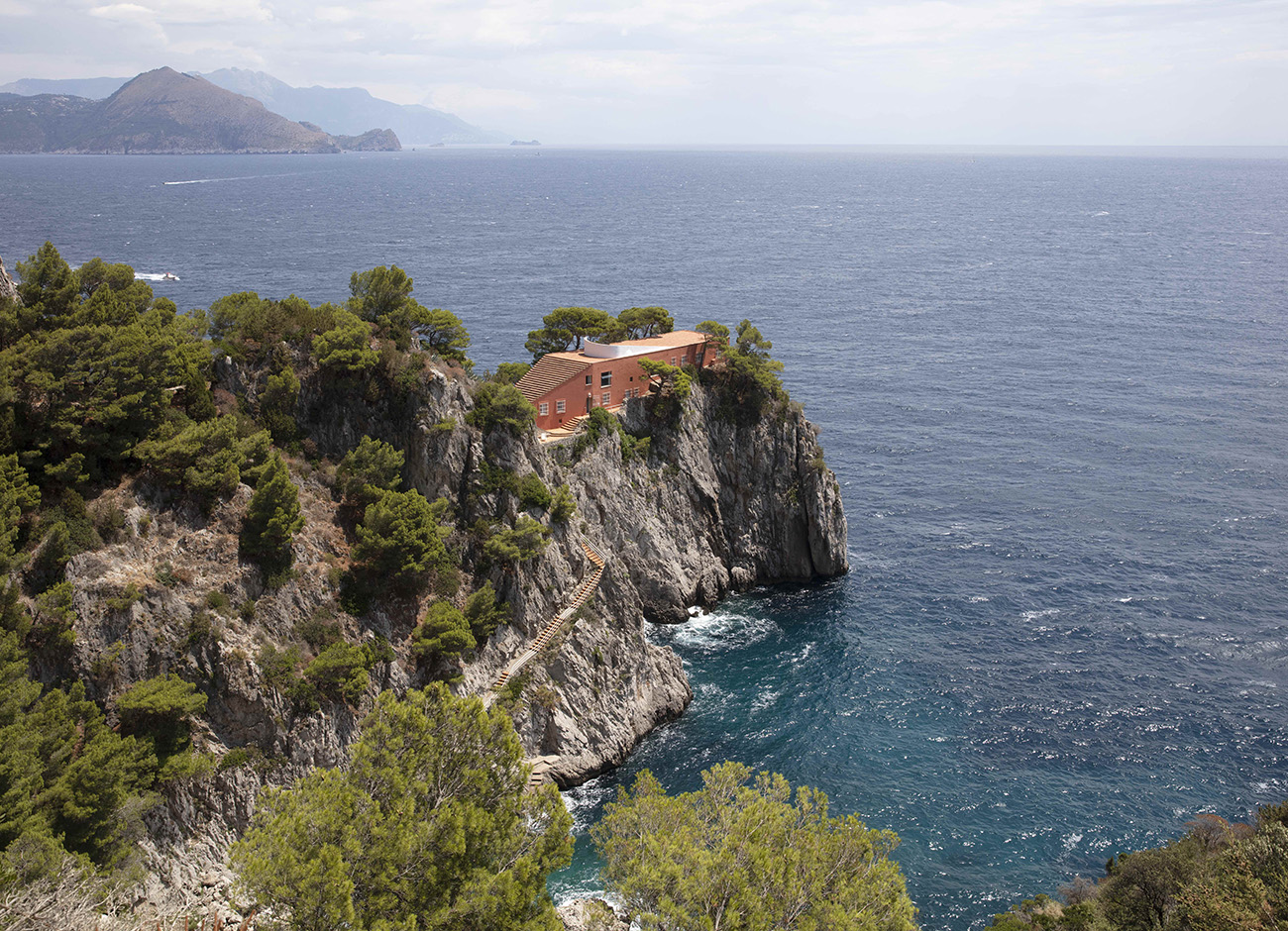 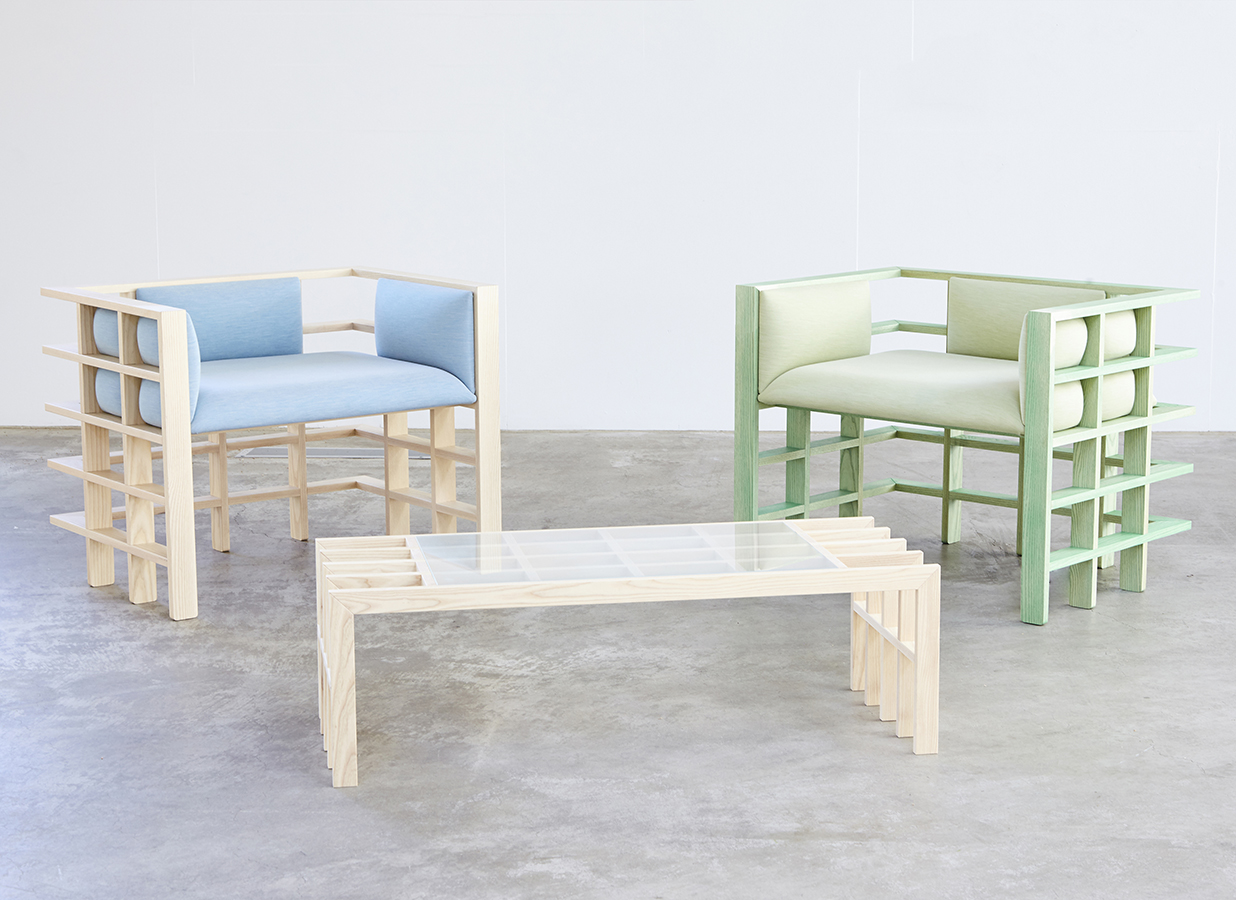 We first fell in love with the bright, geometric designs of up-and-coming Australian designer Elliot Bastianon when we spotted his Donald Judd–esque acoustic paneled bench a few years back. His latest works, on display this month at M2 Gallery in Sydney (reminding us yet again that now would be a perfect time for an Australian vacation), maintain the designer's strong linear emphasis and poppy use of color.
More 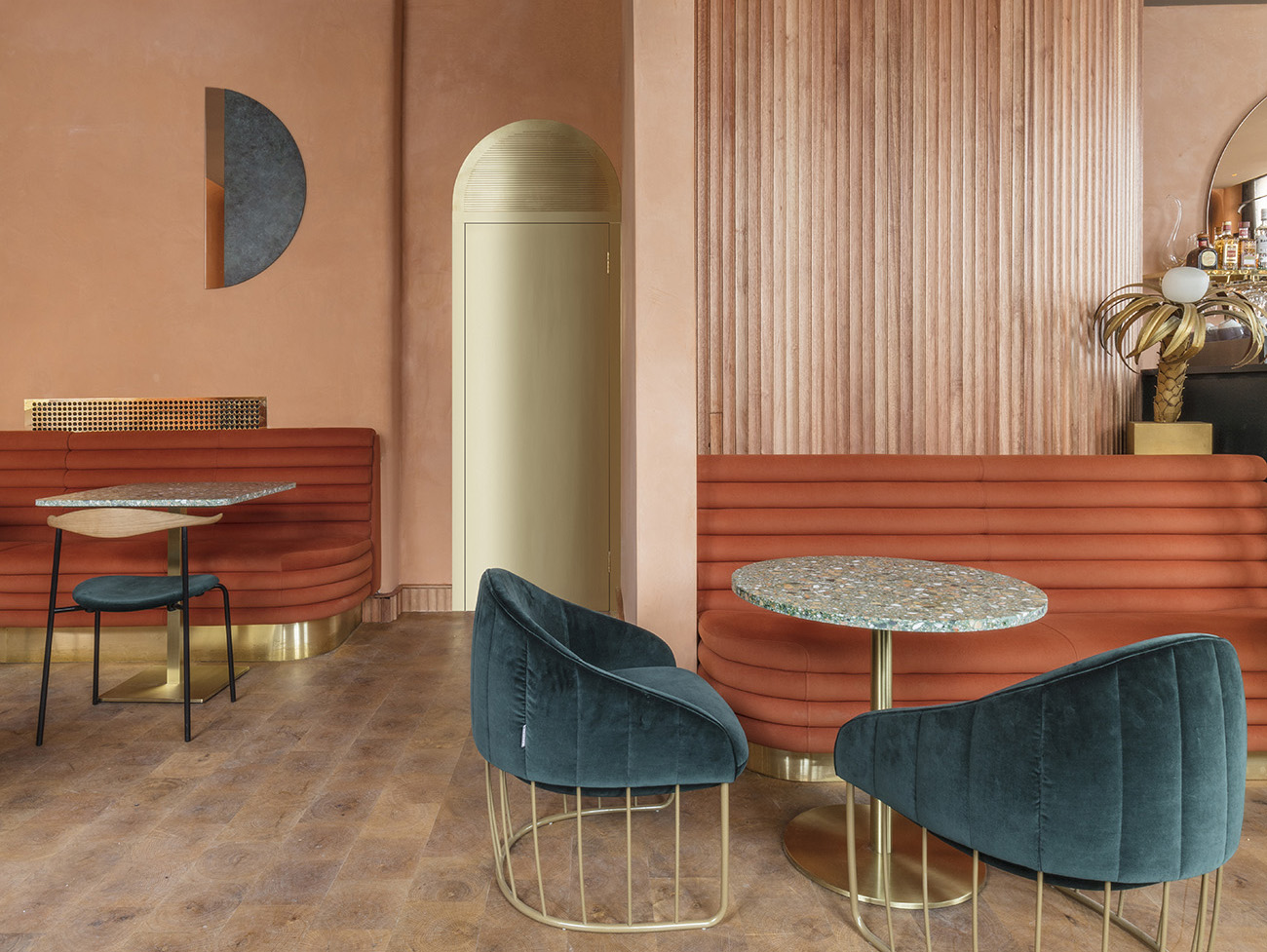 In Dreary London, A Mediterranean Eatery Inspired By the Sun

Are there new restaurants out there that aren't inspired by the seaside? First we had the Italian Riviera, then the Sydney coast, and now Omar's Place — a restaurant located smack in the middle of London but inspired by the Mediterranean. The interior was shaped by Sella Concept, a London-based female design duo whose concept for the space started with idea of the sun — the defining element of Mediterranean lifestyle.
More 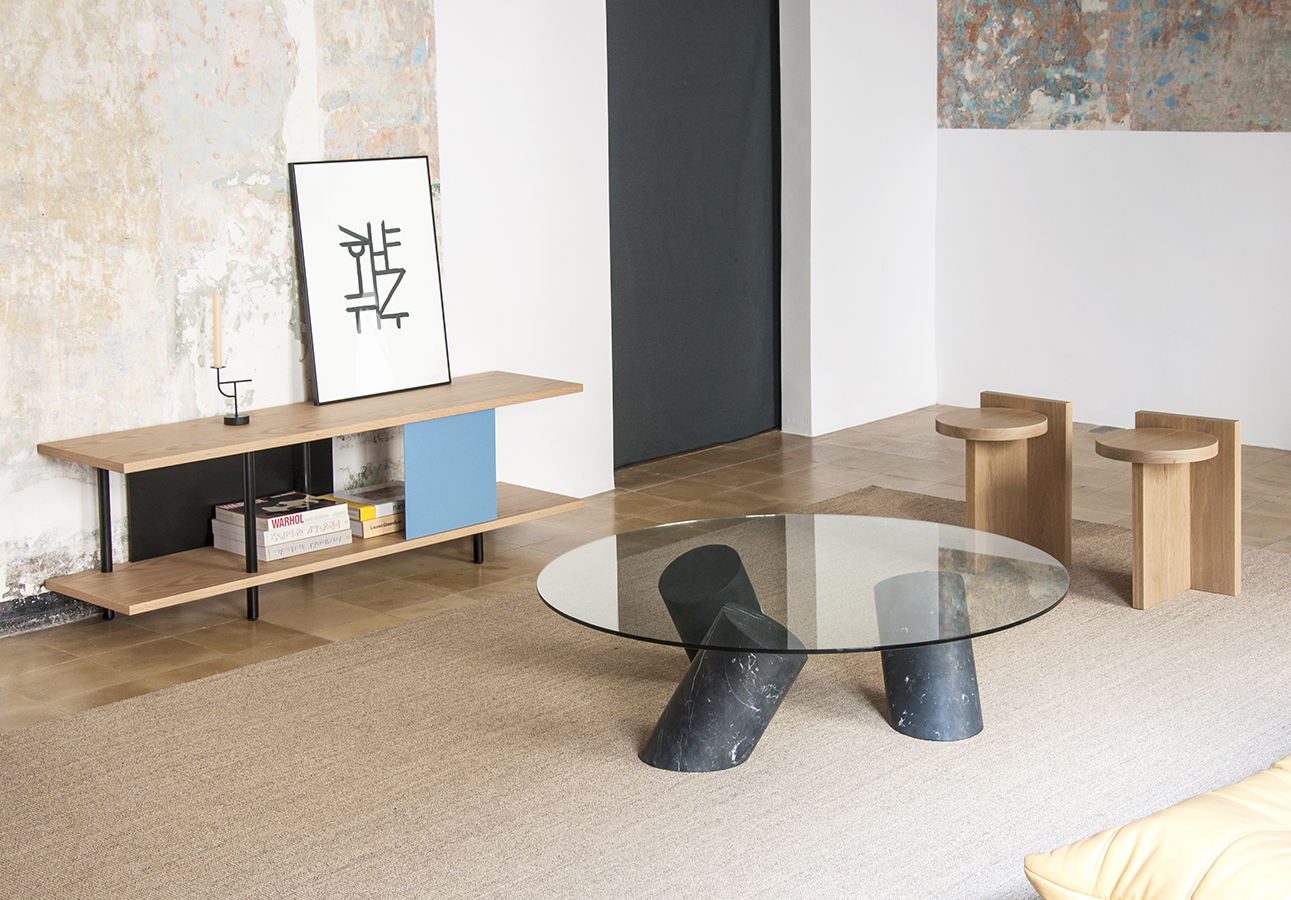 A New Minimalist Furniture Collection With the Warmth of the Mediterranean

The Barcelona-based duo Goula/Figuera recently spun off a new brand to meet all the needs of contemporary living. The newly branded works go by GOFI and express the studio’s aesthetic principles: few materials, warmth and simplicity, minimalism, and a Mediterranean vibe.
More