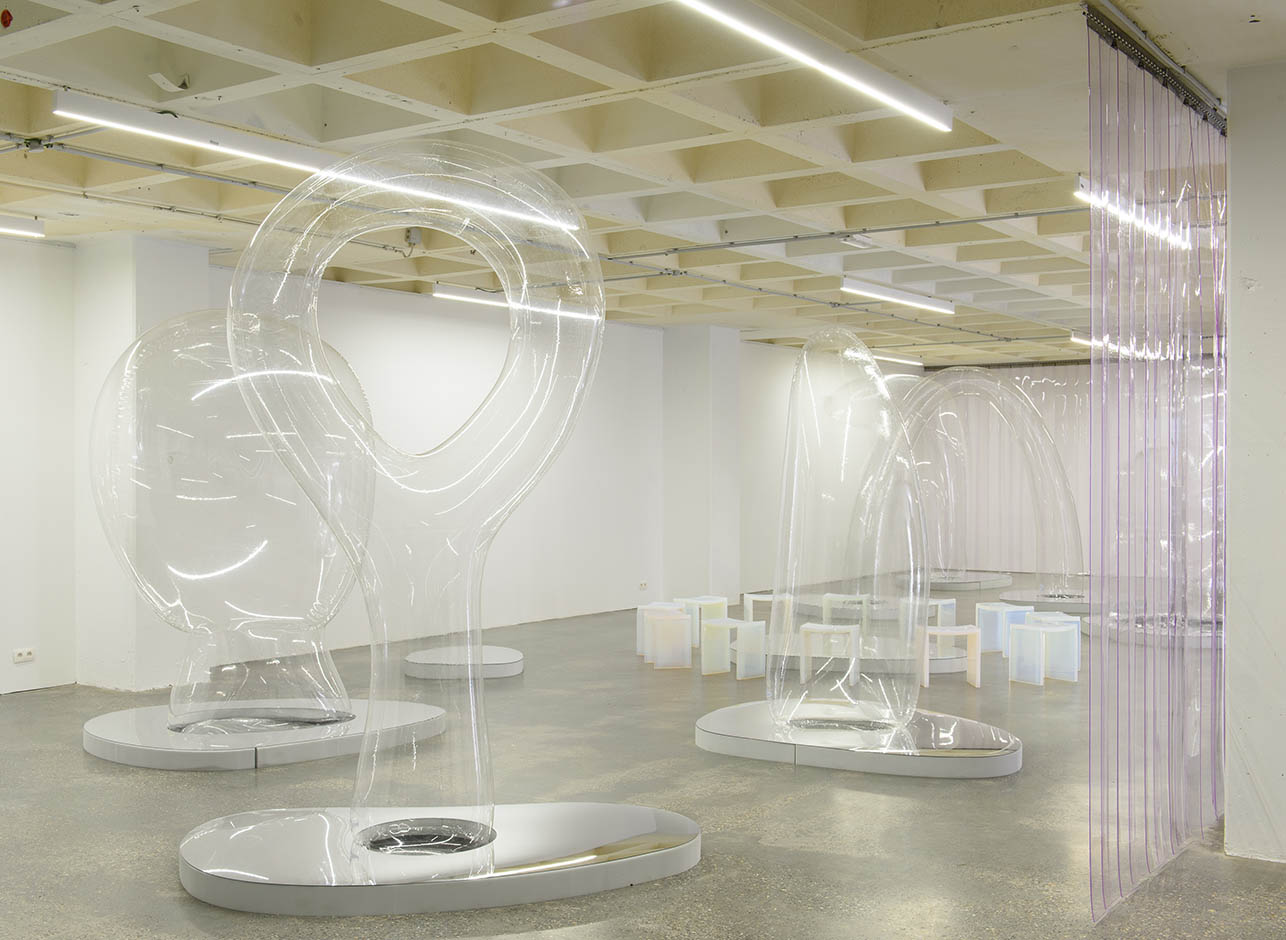 Well, this is weird. We started noticing inflatables as a trend last year — first in Milan, with Space Caviar‘s exhibition design at Nilufar Depot, which suspended new furniture pieces in bubbles above the gallery floor; then in Misha Kahn’s exhibition at the Dallas Museum of Art and Studio Swine’s installation for Instagram at Design Miami. Things came to a head at the end of February, when Objects of Common Interest opened Standing Stones, a solo exhibition at the Adam Design Museum in Brussels, in which they cast primitive forms from Cycladic civilization in translucent inflatable plastic. (The exhibition is on through September, so hopefully the museum will reopen sometime between now and then!) At the time, we connected the inflatables trend to the broader idea of escape, which we wrote about earlier this year in our 2020 forecast. Now, of course, the idea of living in an actual bubble seems painfully prescient and on the nose at best, and like a dystopian fantasy at worst (although this video of a photographer who wooed his new girlfriend in a giant bumper ball is pretty great). Nevertheless, check out some of our favorite recent examples below! 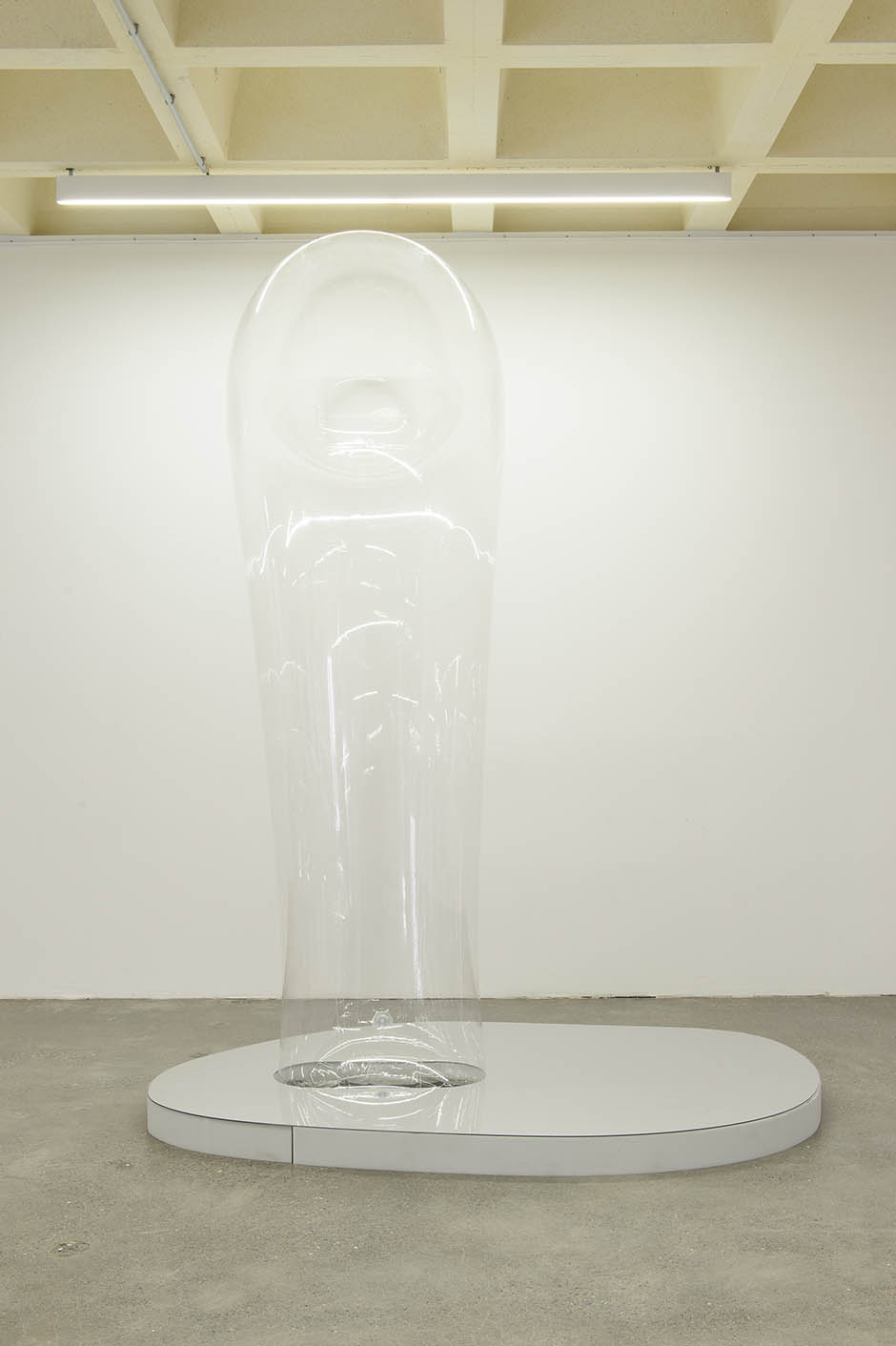 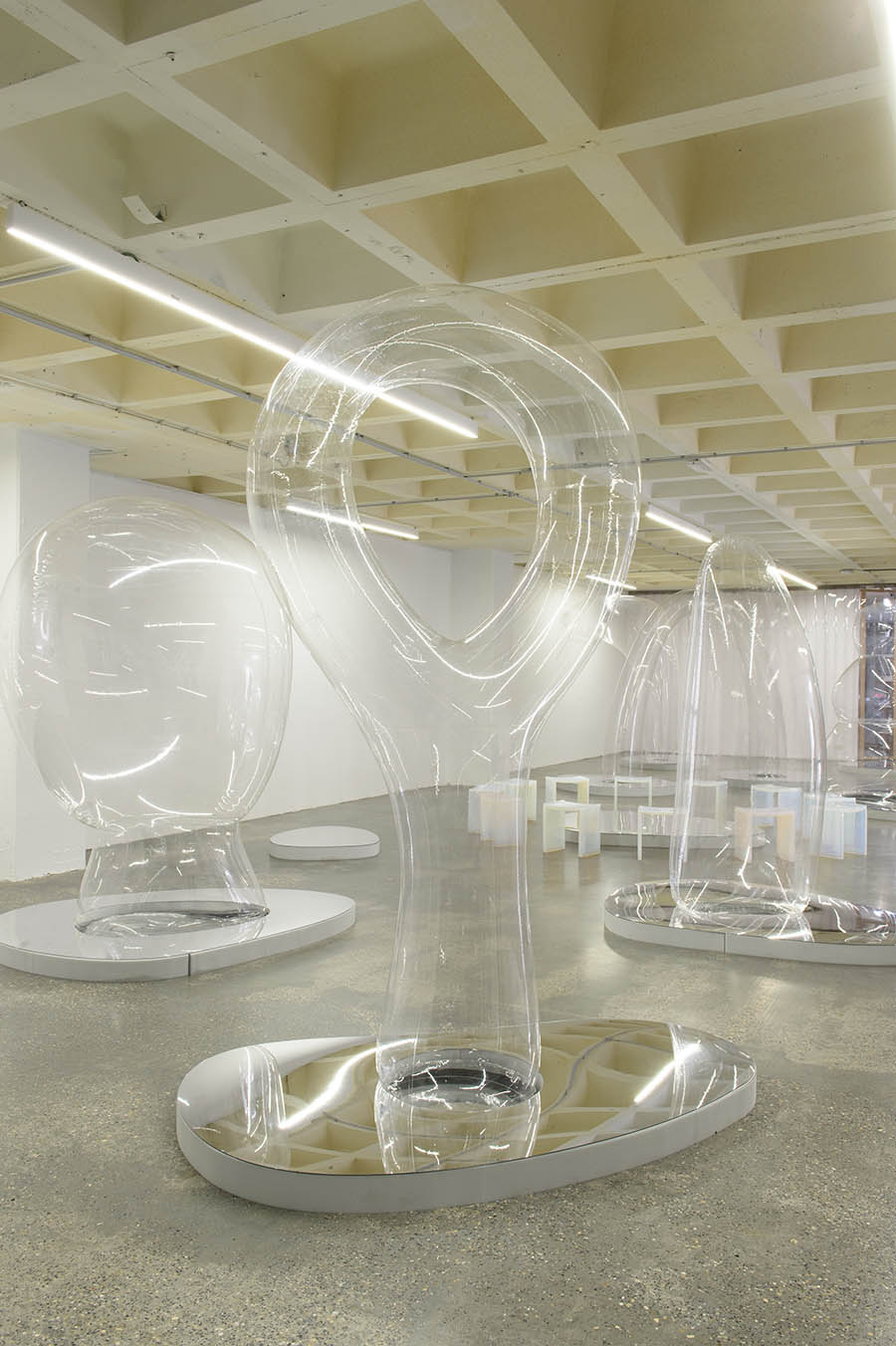 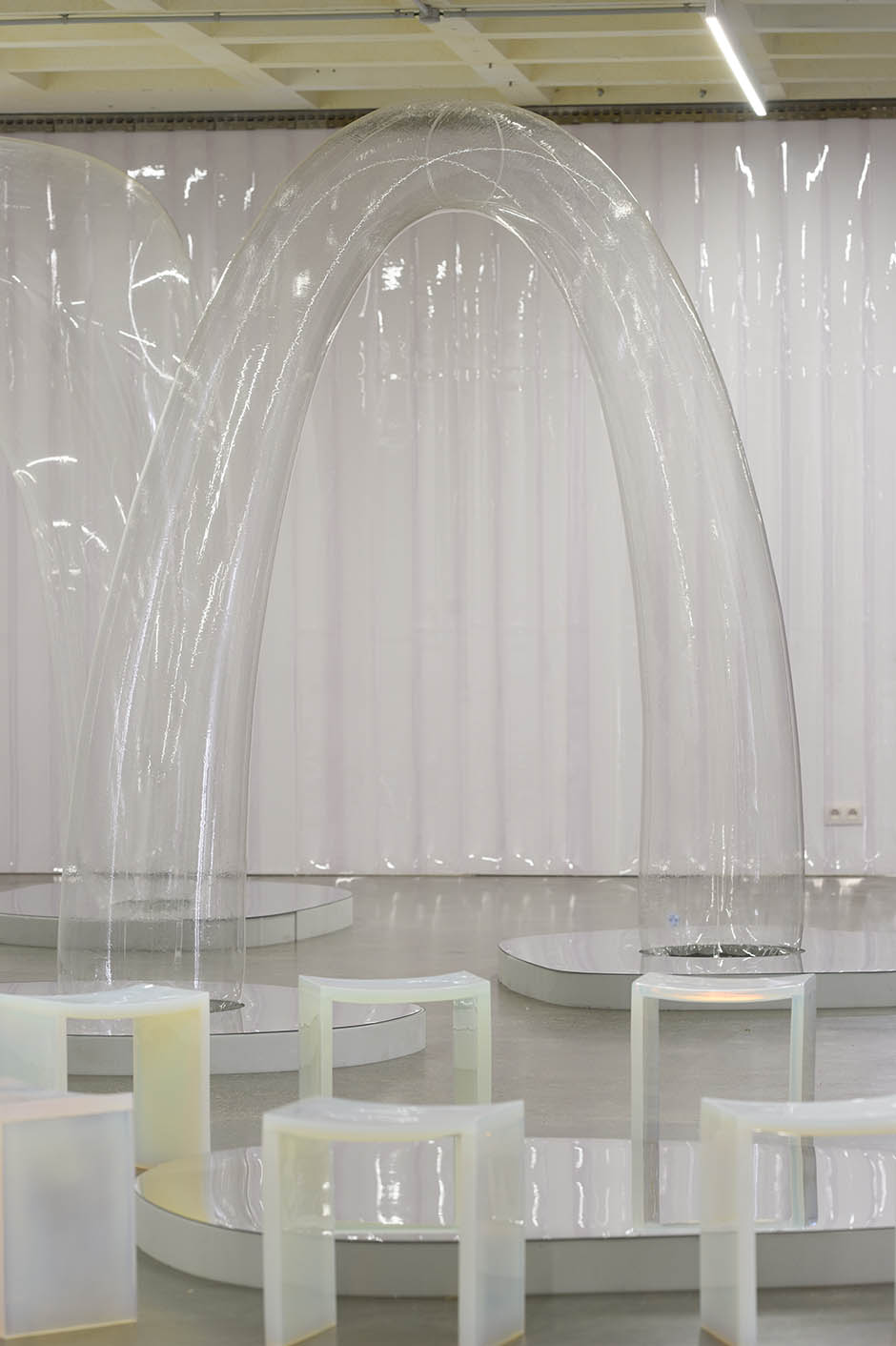 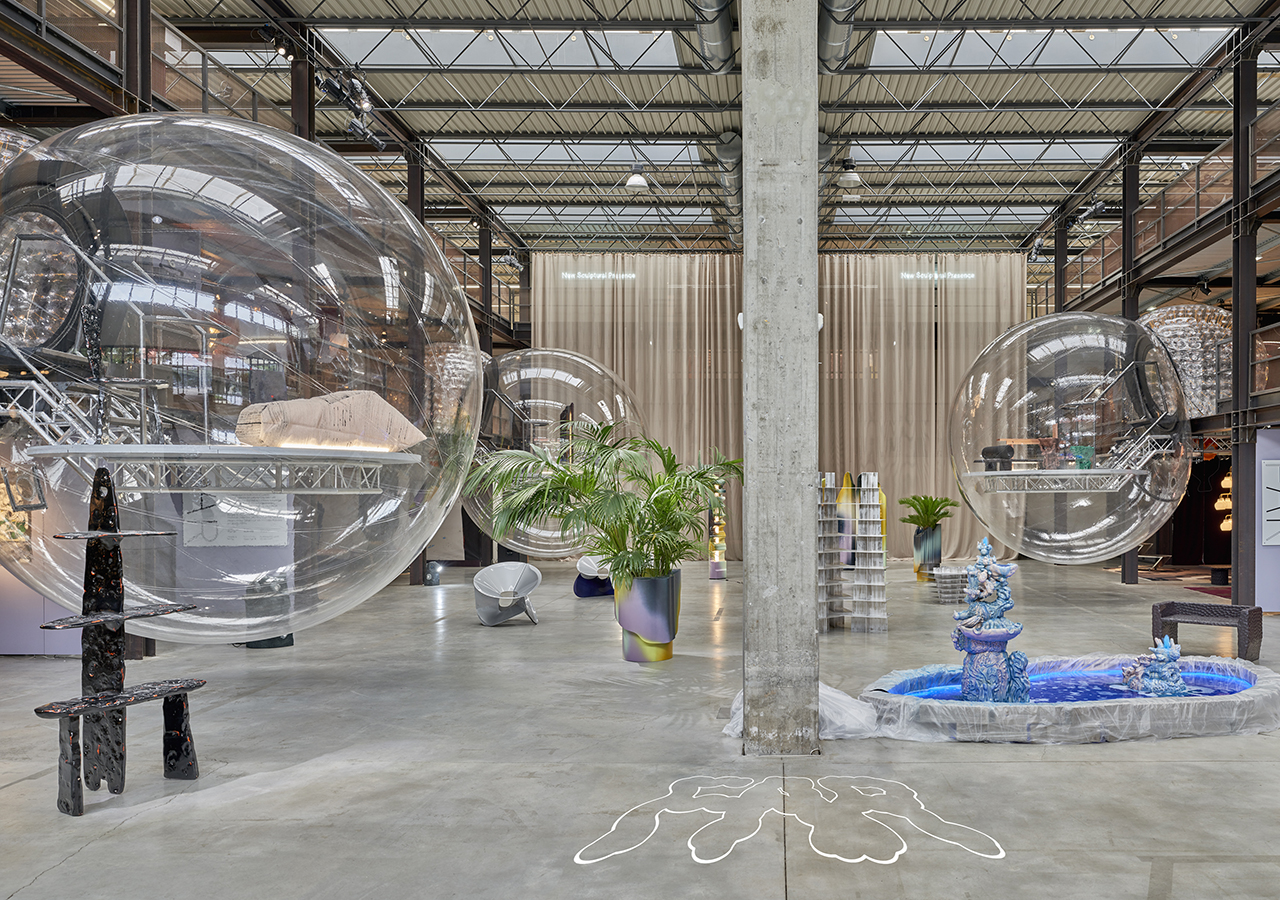 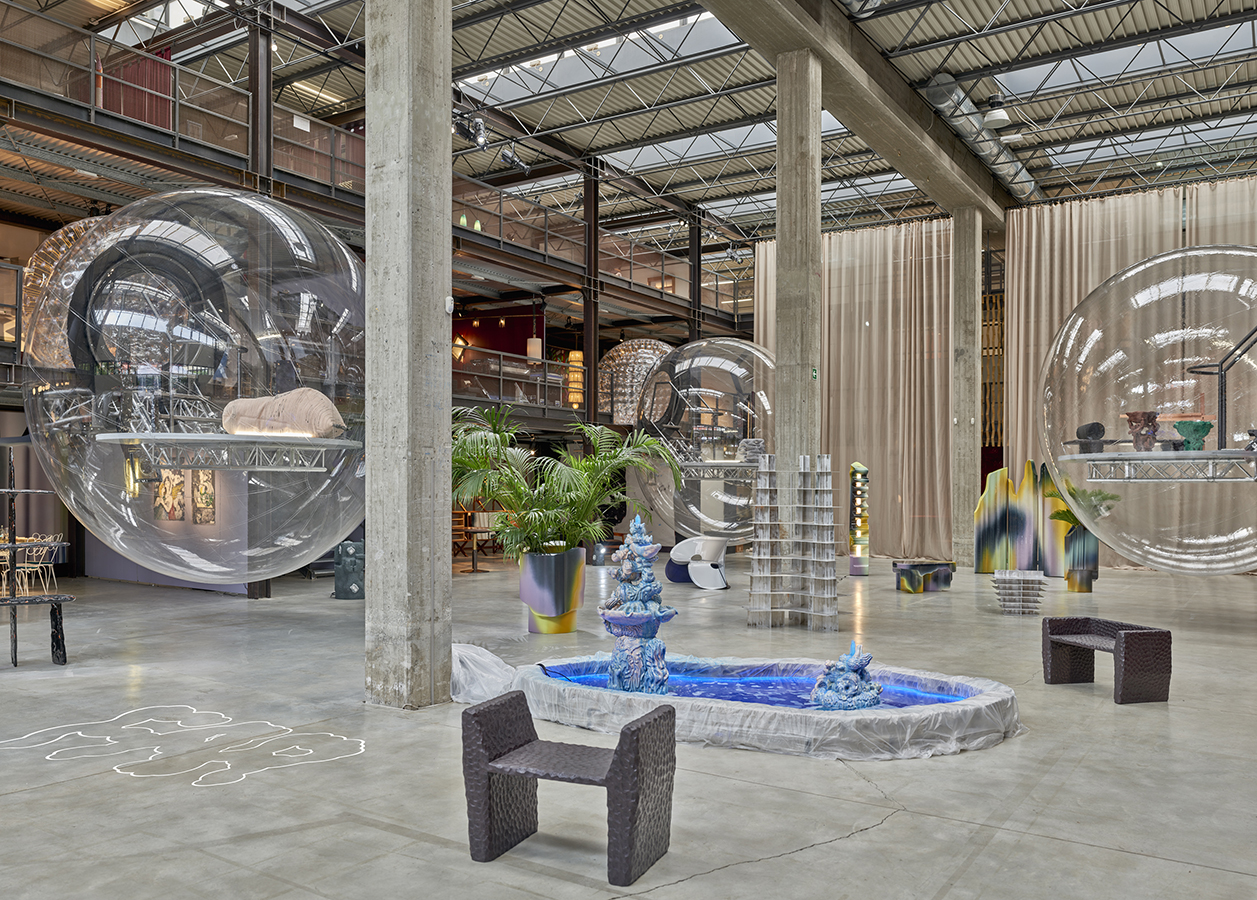 FAR (After Oase n.7) by Space Caviar at Nilufar Depot 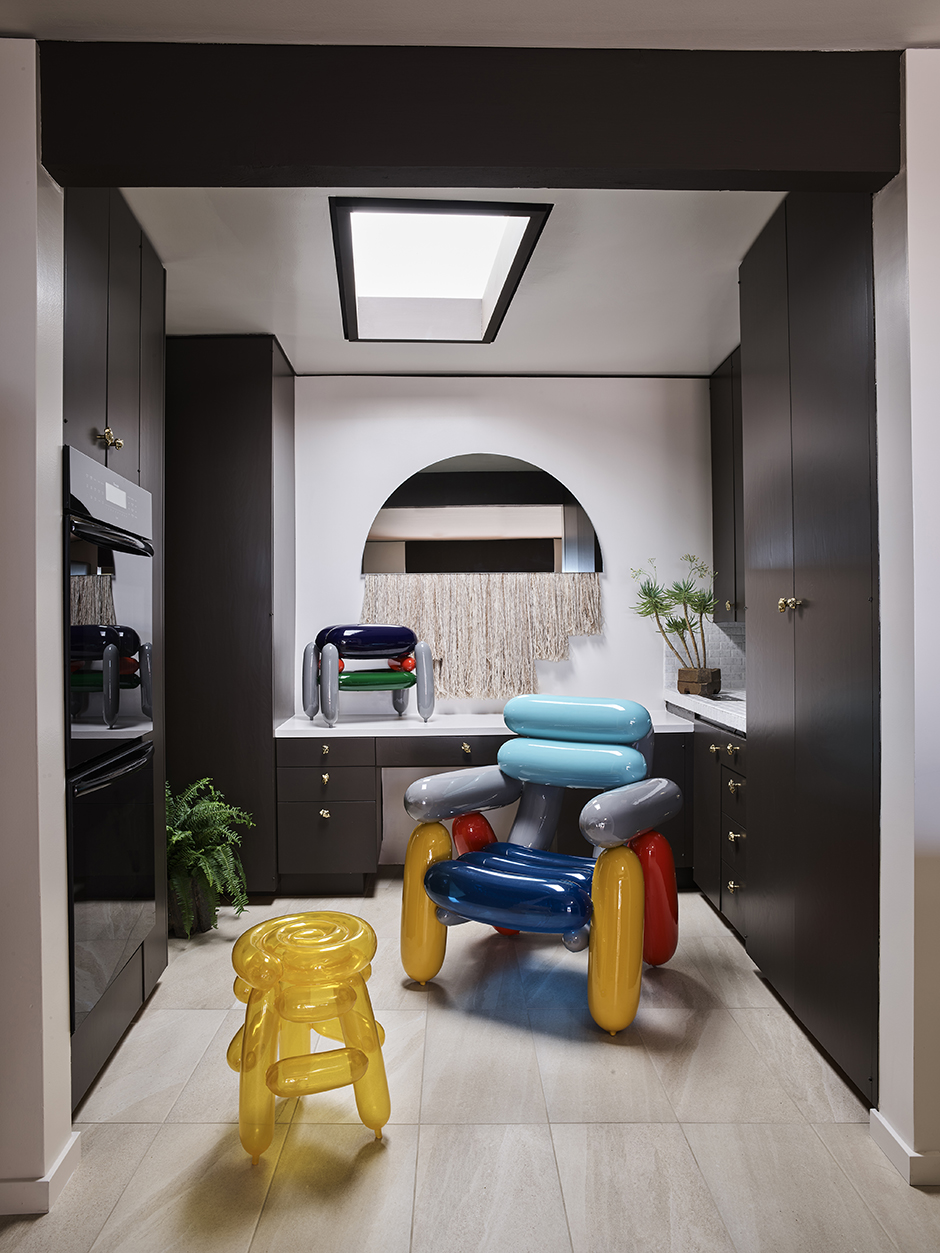 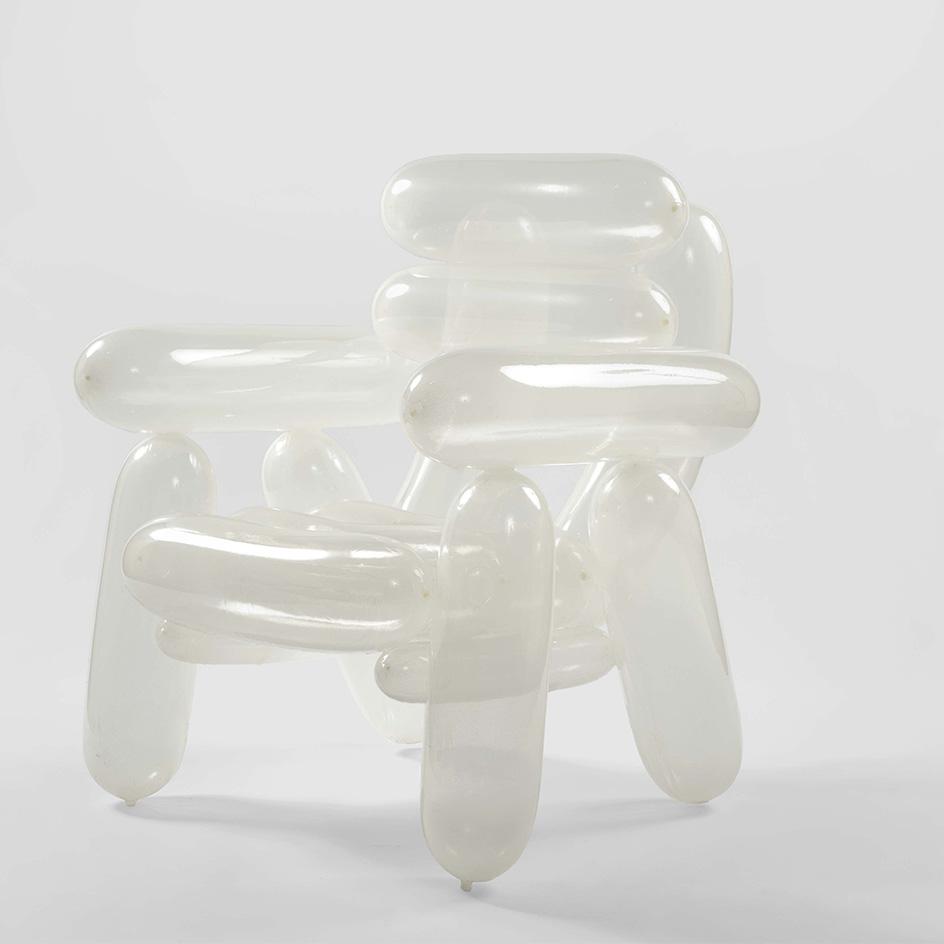 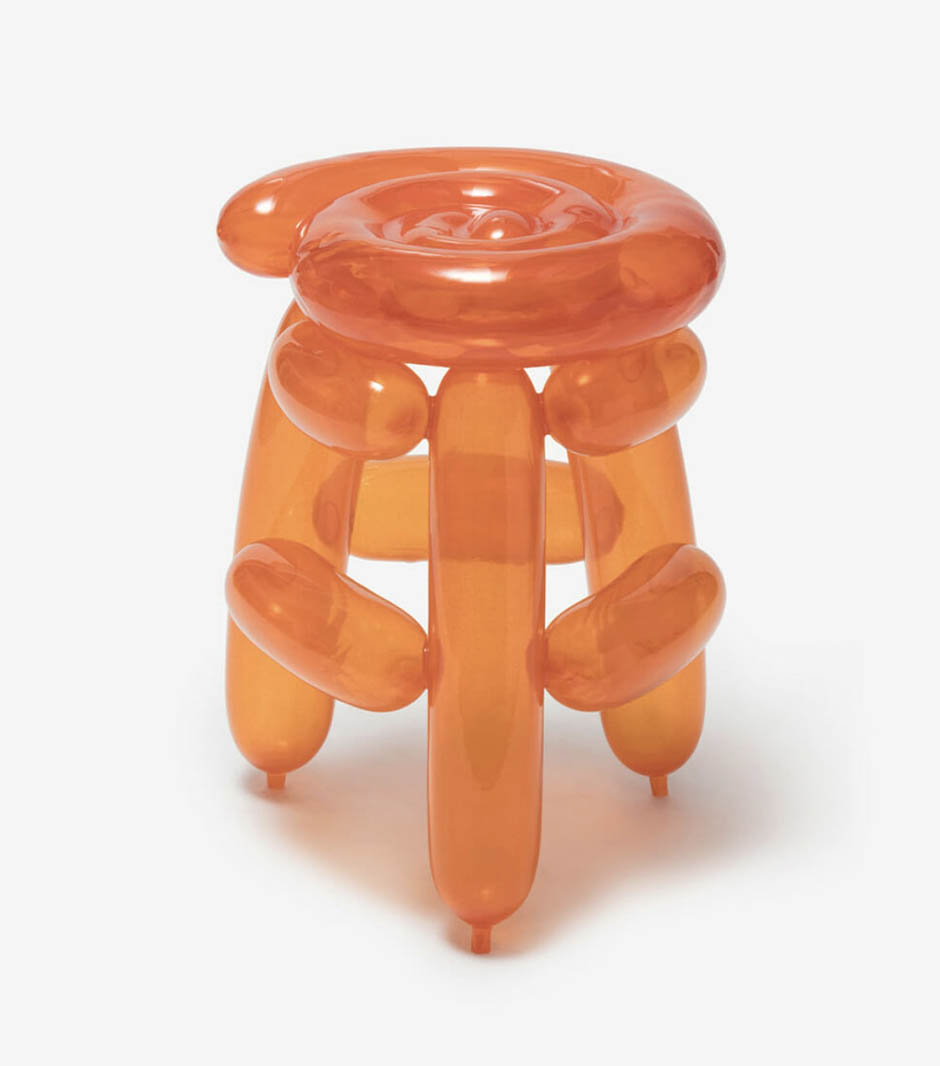 Seungjin Yang at The Future Perfect 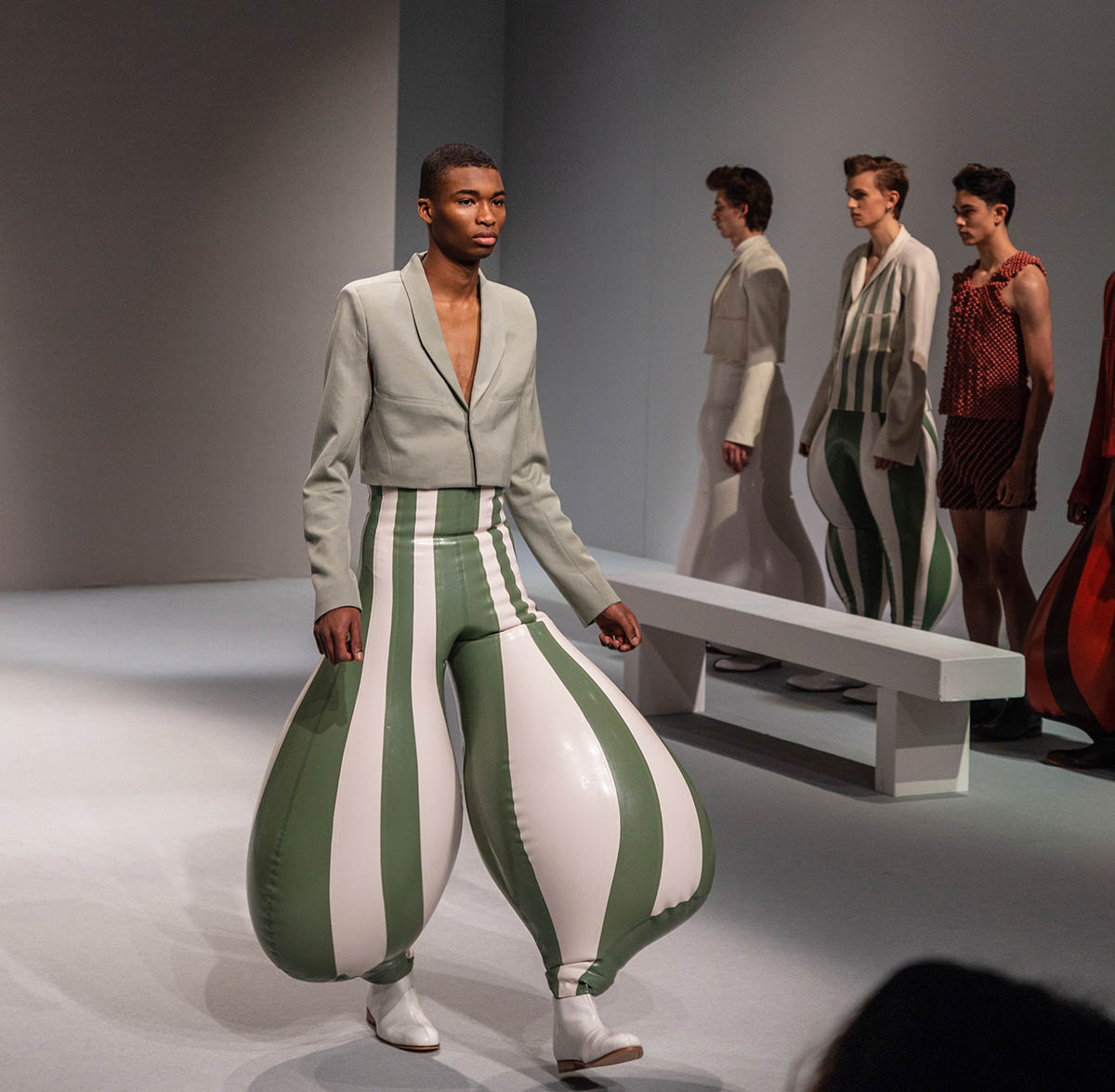 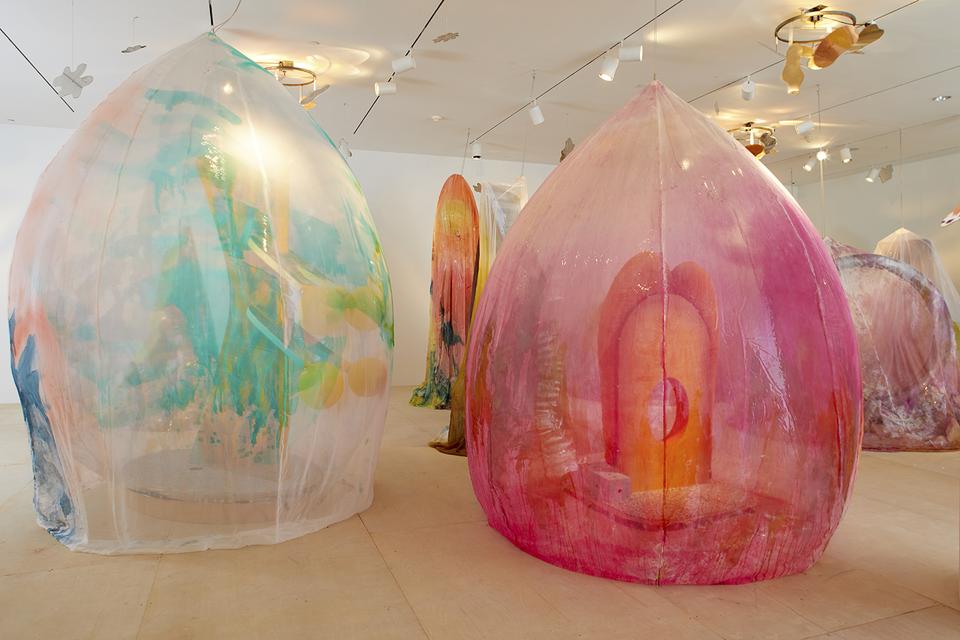 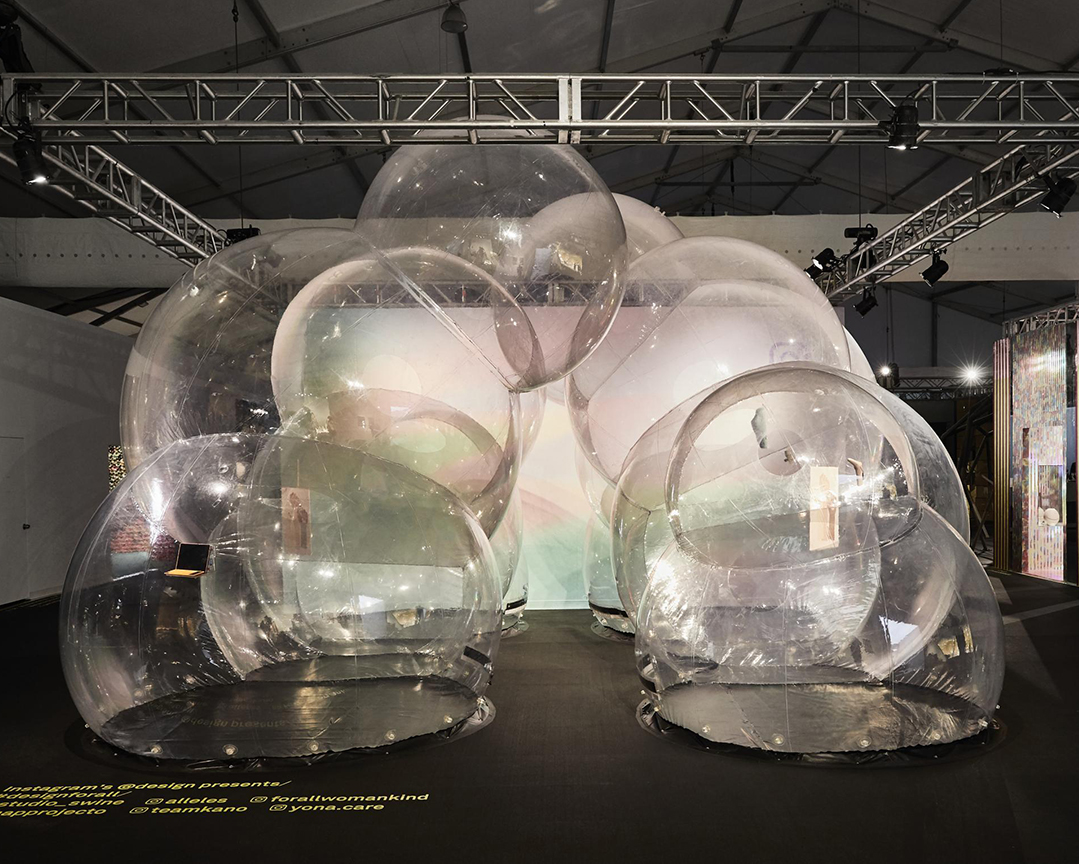 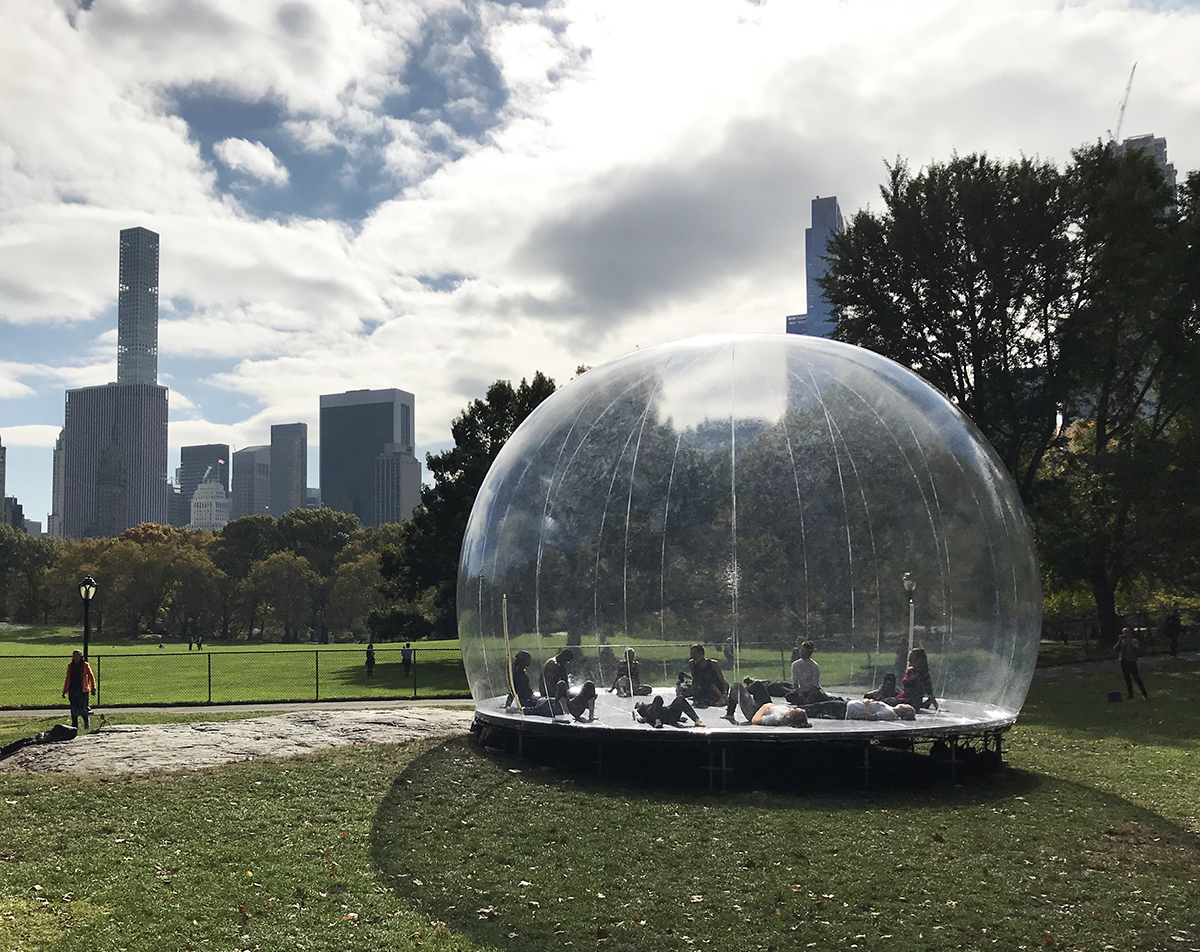 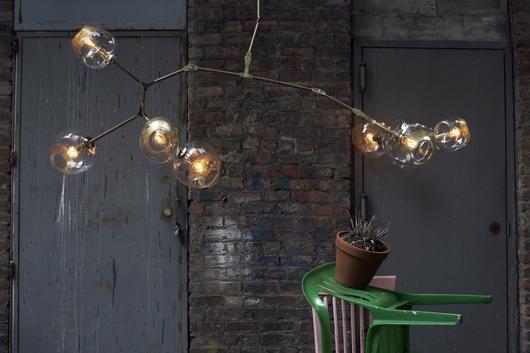 When we asked Lindsey Adelman to shoot one of her new pieces for our Self Portrait column earlier this winter, she took this photo of her newest Agnes chandelier for Roll & Hill, aiming to contrast its luxe slickness with the industrial backdrop she’d discovered just outside her studio window. But she didn’t stop there — having gone to the trouble of descending all the way into the bowels of her building’s shaftway, she figured why not make a day of it? With her studio assistants dangling from poles and teetering atop ladders, she managed to hang two more new fixtures in the dingy setting: a wood-encased update on her signature Branching Bubble chandelier, and a series of lamps for The Future Perfect made from c-clamps and blown glass blobs. Here, she tells us how she got the shots.
More 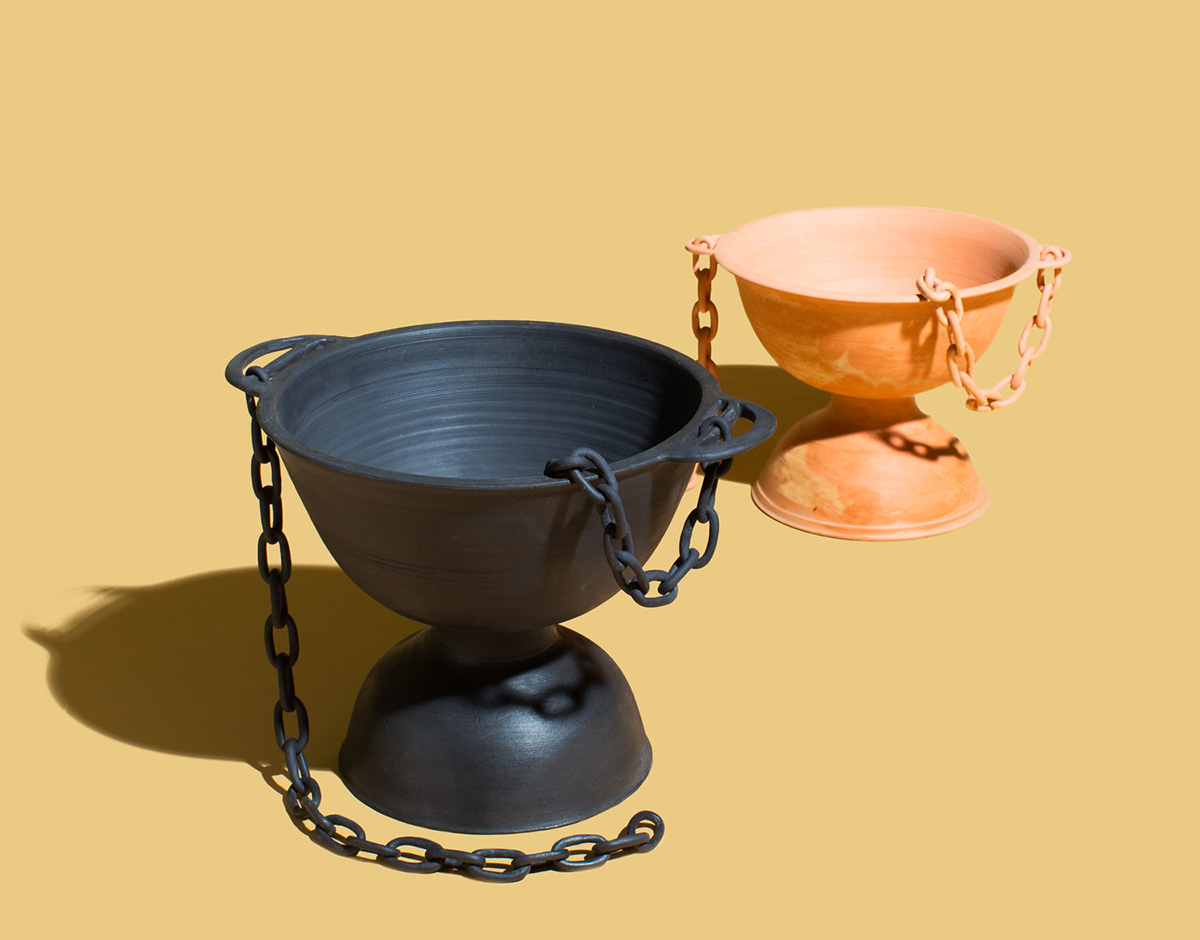 20 Design Objects and Ceramics That Prove Chains Are Trending

When chunky chains became the jewelry trend du jour earlier this year — see Sophie Buhai, Rachel Comey, ASOS, etc— it all made sense to us, since for awhile before that we'd been tracking a similar trend in design, from the classic mid-century Carl Auböck paperweight to the dramatic porcelain chains Apparatus used to suspend their Link lights back in 2015.
More 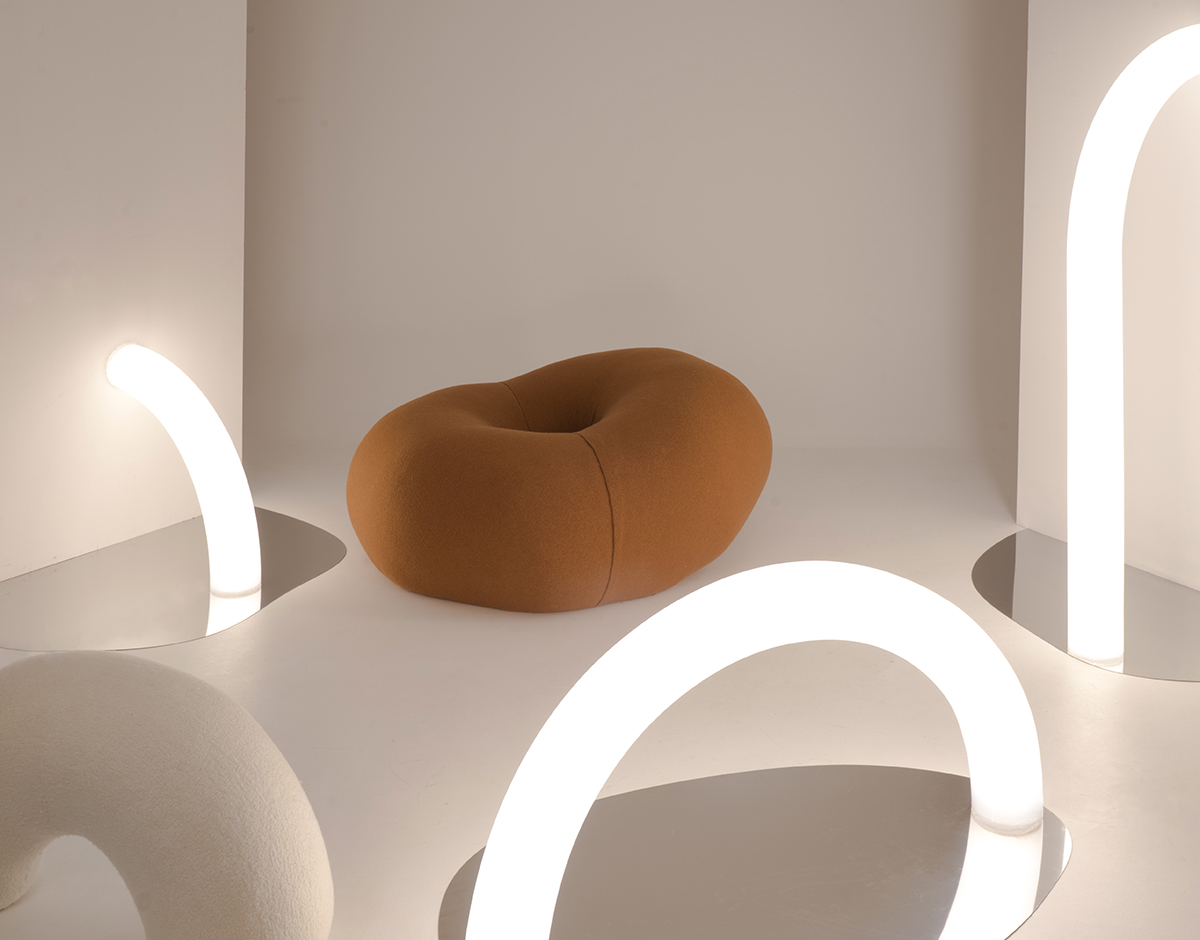 On March 14, the pioneering Collectible design fair in Brussels — which brings together galleries and design studios devoted exclusively to 21st-century contemporary design — will return for its second edition. And for the second year in a row, Sight Unseen is excited to debut a special curatorial project at the fair: For Sight Unseen Presents, the NYC- and Athens-based studio Objects of Common Interest will create an immersive mirrored installation called Landscape.
More