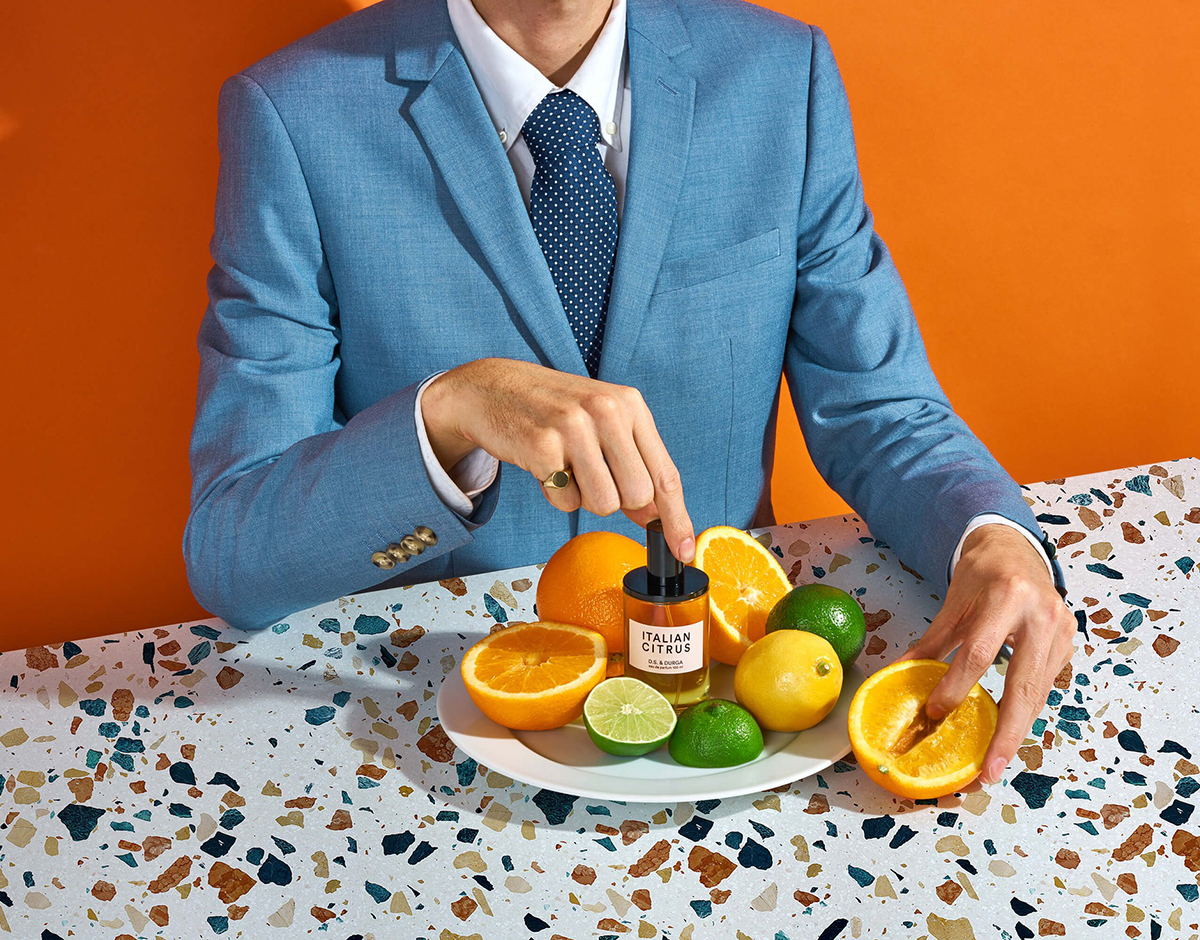 “Perfume is armchair travel.” This year, as we find ourselves collectively and forcibly grounded, DS & Durga’s tagline has taken on a new significance: Fragrance’s transporting ability, whether it be to carry us back in time to a familiar place or offer a portal to a destination we’ve never experienced, is more powerful and desirable than ever. That David and Kavi Moltz’s path to perfumery was unconventional — a musician and architect, respectively, David started tinkering with recipes he found in vintage plant books on a whim — has been key to their success. Launched in 2008, DS & Durga has become known (and beloved) for distilling disparate elements plucked from music, literature, and culture into evocative fragrances (and, always, lyrical accompanying stories and playlists too) all against the backdrop of clean, compelling graphics (Kavi is responsible for all the brand’s visuals). Here, the pair talk about their creation process, the silver lining of having no business plan, and running a perfumery in the time of COVID. 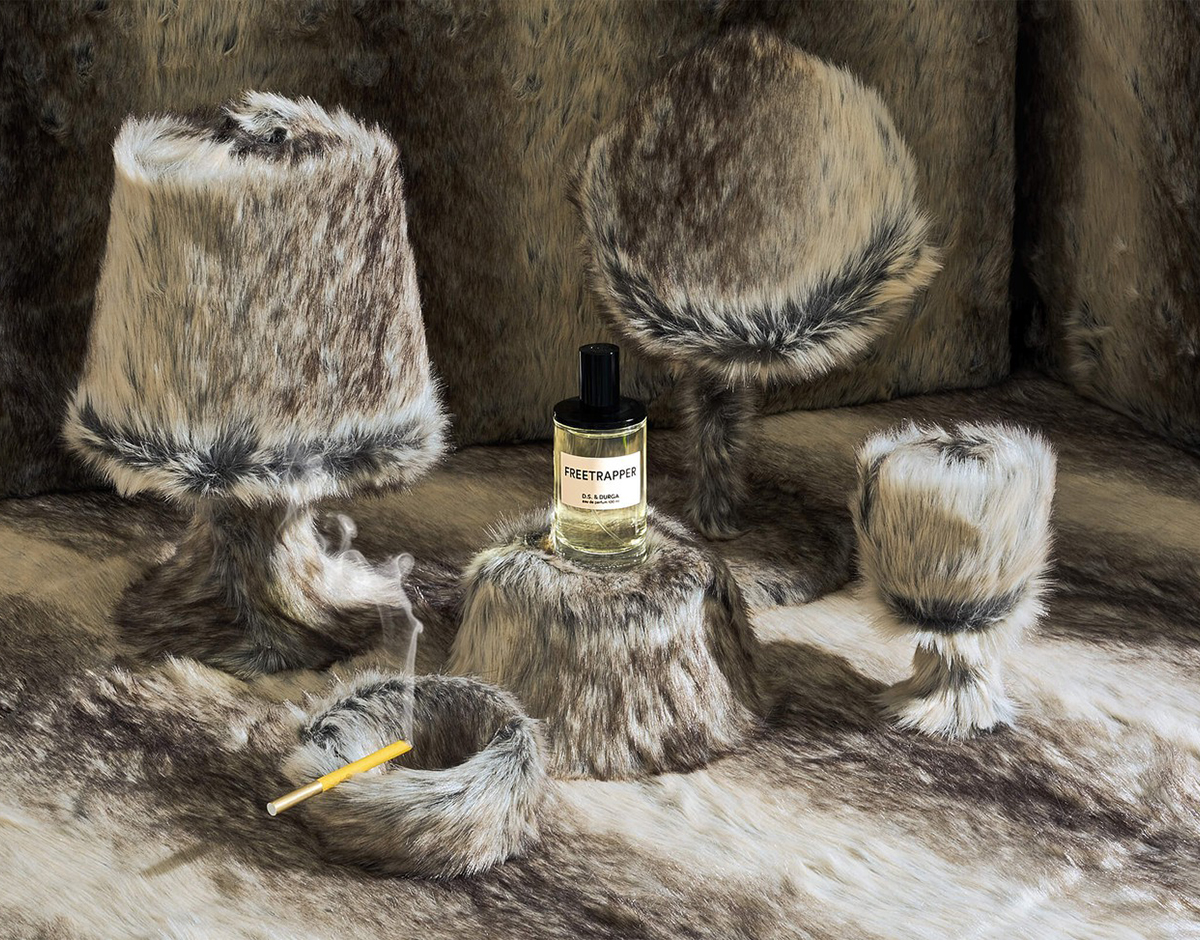 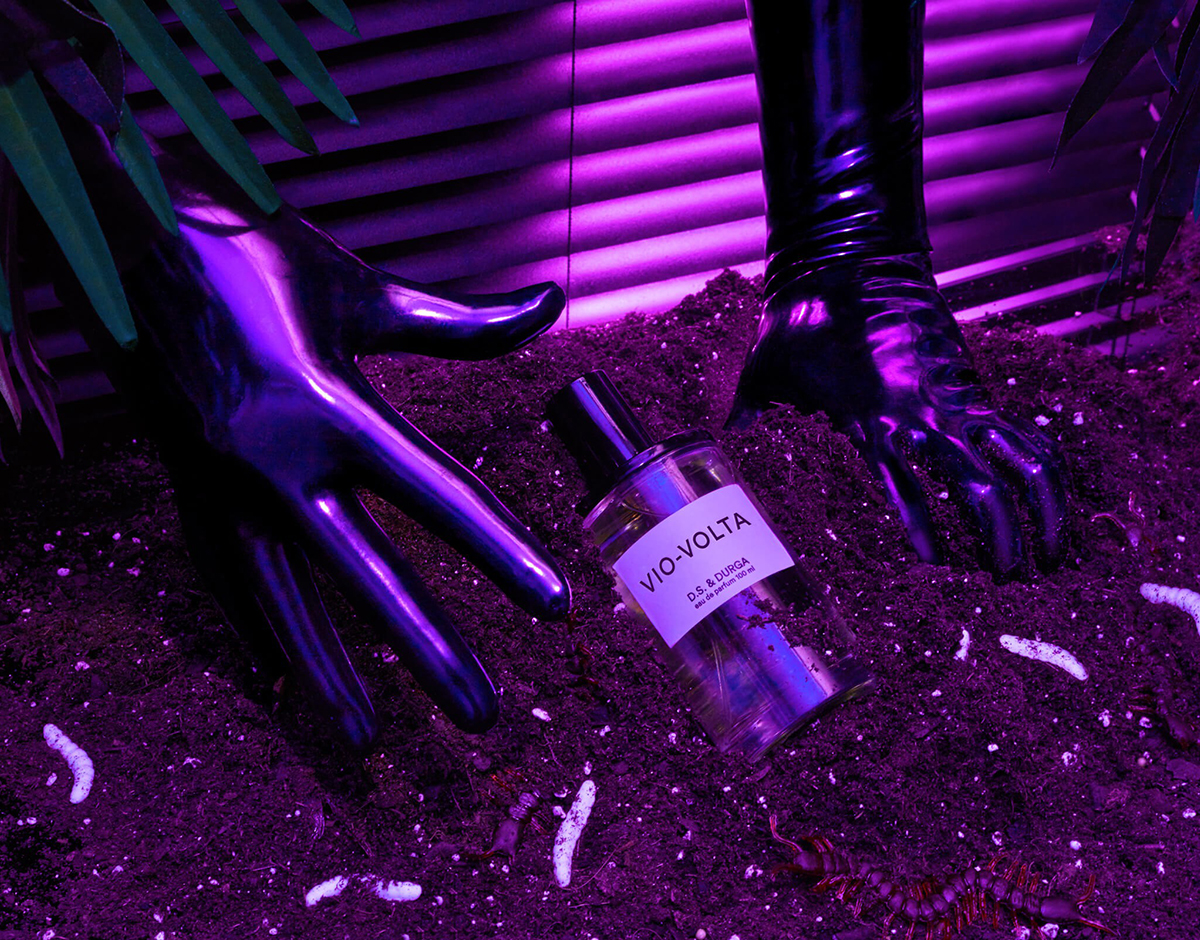 How did you draw from your backgrounds when first conceiving the brand?

David: I had started making fragrances that friends really liked and Kavi was like, ‘Let’s make this a business.’ I was a musician and have always been very interested in talking about very involved stories and worlds, and I realized I could do that in fragrance. Kavi was an architect, and she was interested in designing things that you didn’t have to wait a billion years to see come to fruition.

Kavi: In the beginning I was drawing more from my love of aesthetics and design and making things than from my architectural background. We’ve said it before, but once you are creative in a field making things, you feel like you can make other things. For me, I could be designing buildings or packaging or a website or textiles; I’m just interested in the way things look.

D: But we didn’t really know what a brand was. We didn’t do any market research or anything; we just made what we liked. We still do that.

D: I love perfume and I’ve always worn fragrance. There was a time when I remember buying a pine oil and a rose oil, mixing them together and wondering why it didn’t last on my skin. So in trying to answer the questions of how perfume works, and what it all is, I just went down — and continue to go deeper down — into a rabbithole to figure it out and also to make exactly what I want. 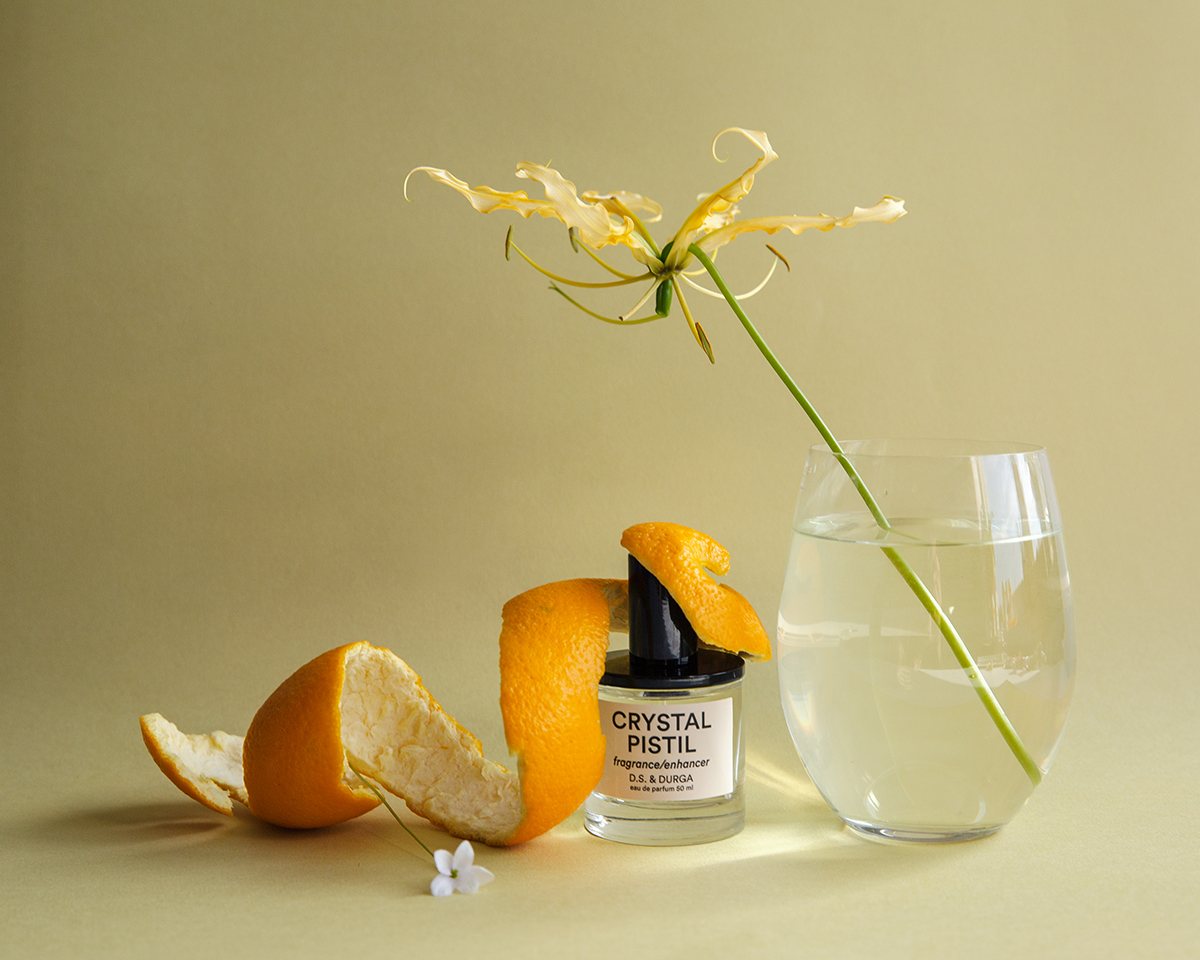 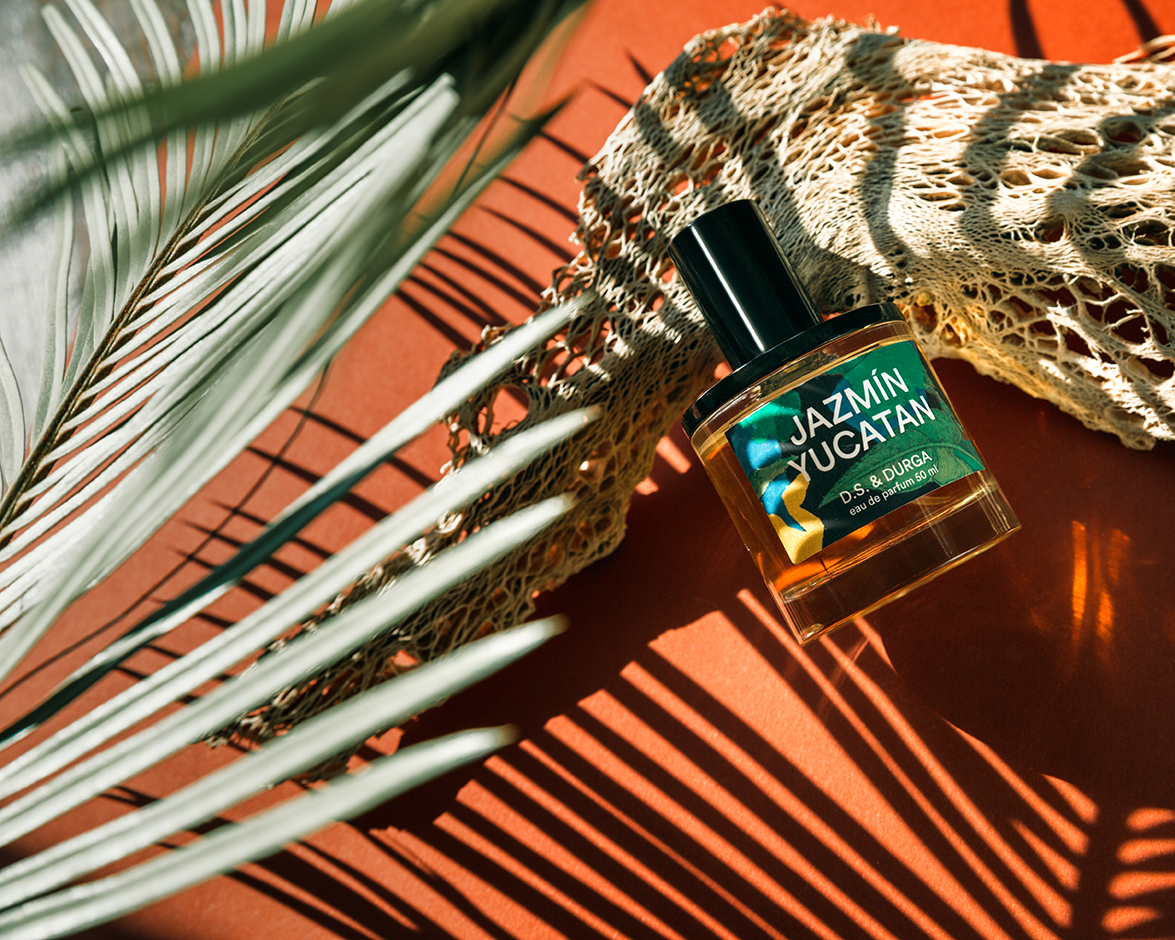 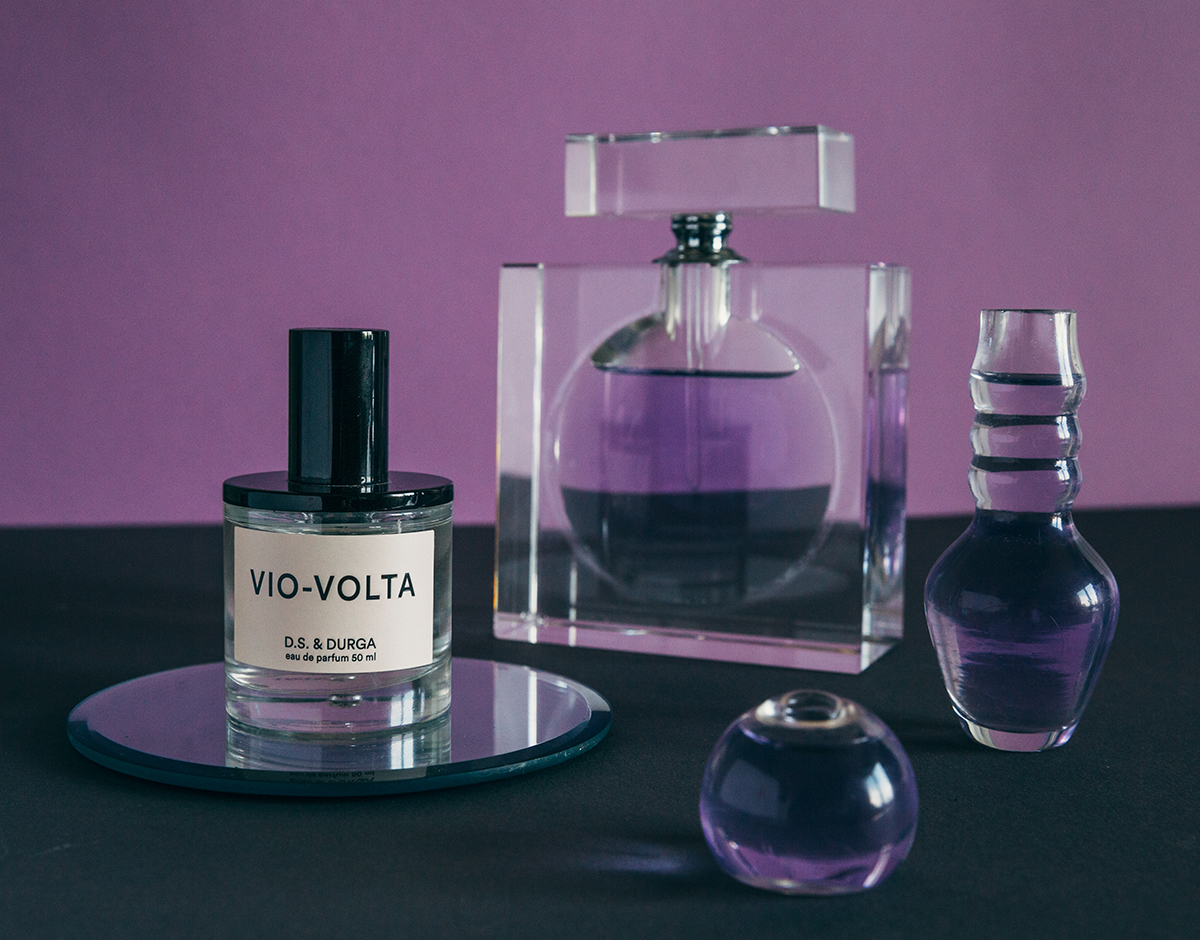 Do you feel like you’re able to wield scent now in the way you’ve always wanted?

D: I can do anything, more or less, in fragrance. Like, I can make the scent of a metal spoon, or a certain type of rug, or whatever. I just think I understand how to arrange fragrance molecules in such a way that I can give the impression of specific objects and those objects fit into a narrative. It’s something that took a little while to codify.

D: I always say it works backwards and forwards. I have an ongoing list. Number one is ideas of scents and names; two, there are cool fragrances that I’ve messed around with in one direction or another, and could be used for something when it’s the right time; and three is the constant curation of a tight line of fragrances that don’t overlap and are the best, at least in the moment, of what I can do in a certain category. So I’m not going to have six vetiver perfumes, or five orange blossoms. My process is not always like that but I do think in terms of lists and categories a lot.

Can you tell me about one of your more over-the-top ideas?

D: I’m trying to think of one of the more ridiculous ones… like I have this idea for a fragrance that smells like Bon Scott’s voice from AC/DC. His voice is so strained and sharp and crazy. I thought it’d be so funny to have a perfume called Bon Scott’s Voice. That one will probably never see the light of day…

I know music is a big source of inspiration for you…

D: Music is always a big part of it for us….music, literature, poetry, history, regions. Everything has a geography for us; there’s no scent that’s completely free from a geographical location, with the exception of maybe Vio Volta, and even that one’s on a spaceship. I have millions of music ideas but some are so crazy and esoteric. Kavi is a great editor. If I’m trying to make something about this rare, medieval music piece, she might be like, ‘yeah, maybe not.’ But now we have these drops called Studio Juices where I handmake a hundred bottles and just release them. I can go as nuts as I want, fragrantly and store-wise and Kavi can do as nuts as she wants design-wise. It’s been really helpful for scratching the creative itch.

K: They’re colorful, they’re fun, and we can just be a little looser and now have to worry if it works for this market and that market. It’s just what we like so it’s very freeing.

Your scents often lead with a very compelling story. Do you find the traditional language of perfume to be limiting or hard for people to engage with?

D: Certainly perfume copy is generally pretty awful, but our stories are just about the way we speak. My part of the business is to make sure, obviously, that the scents are the way I want, but the words are the second most important thing to me. It’s rare that the perfumer is also the one doing all the copy and the names.

Do you ever see scent through the lens of different senses? Like a form of synesthesia… the way a scent feels or sounds instead of smells?

D: 100%. To me it’s a foregone conclusion that any one art form can be translated into any media. Like I always see perfume in colors. It’s something we don’t talk about too much in perfume, but I think about it. Like, I’m going to have this very viscous brown, like a beigey vetiver, and I want to bring out these dry, pale blue-purple notes that will hold the grass in that way. I can see it all in my head. You take this one dominant quarter note and then you pull it apart, higher, lower, and to the side until you have a very kaleidoscopic landscape. It’s a little bit like if you play a guitar through a distortion pedal… you’re able to filter the sound and make it something your own. Perfume is, in a lot of ways, like a gigantic synthesizer.

You take this one dominant quarter note and then you pull it apart, higher, lower, and to the side until you have a very kaleidoscopic landscape. It’s a little bit like if you play a guitar through a distortion pedal. Perfume is, in a lot of ways, like a gigantic synthesizer. 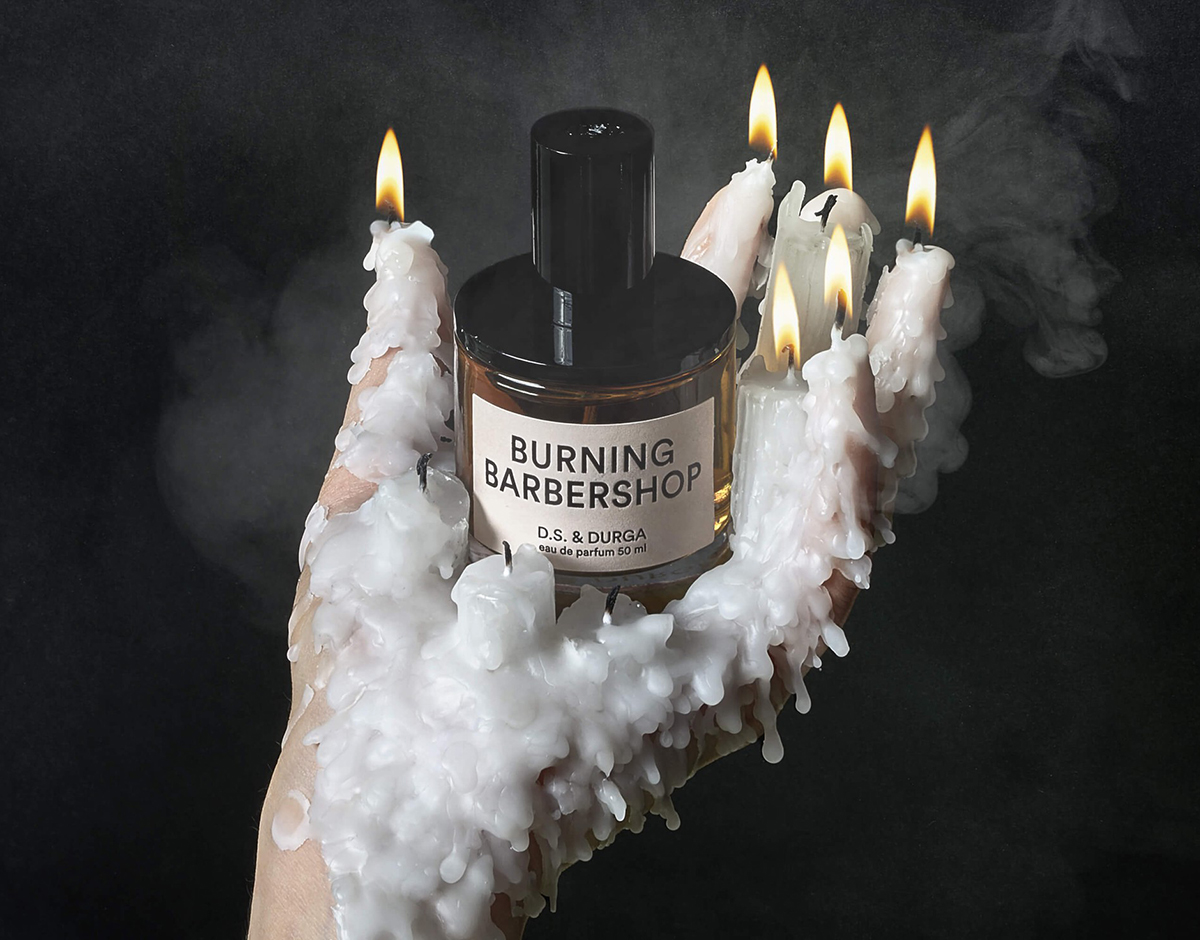 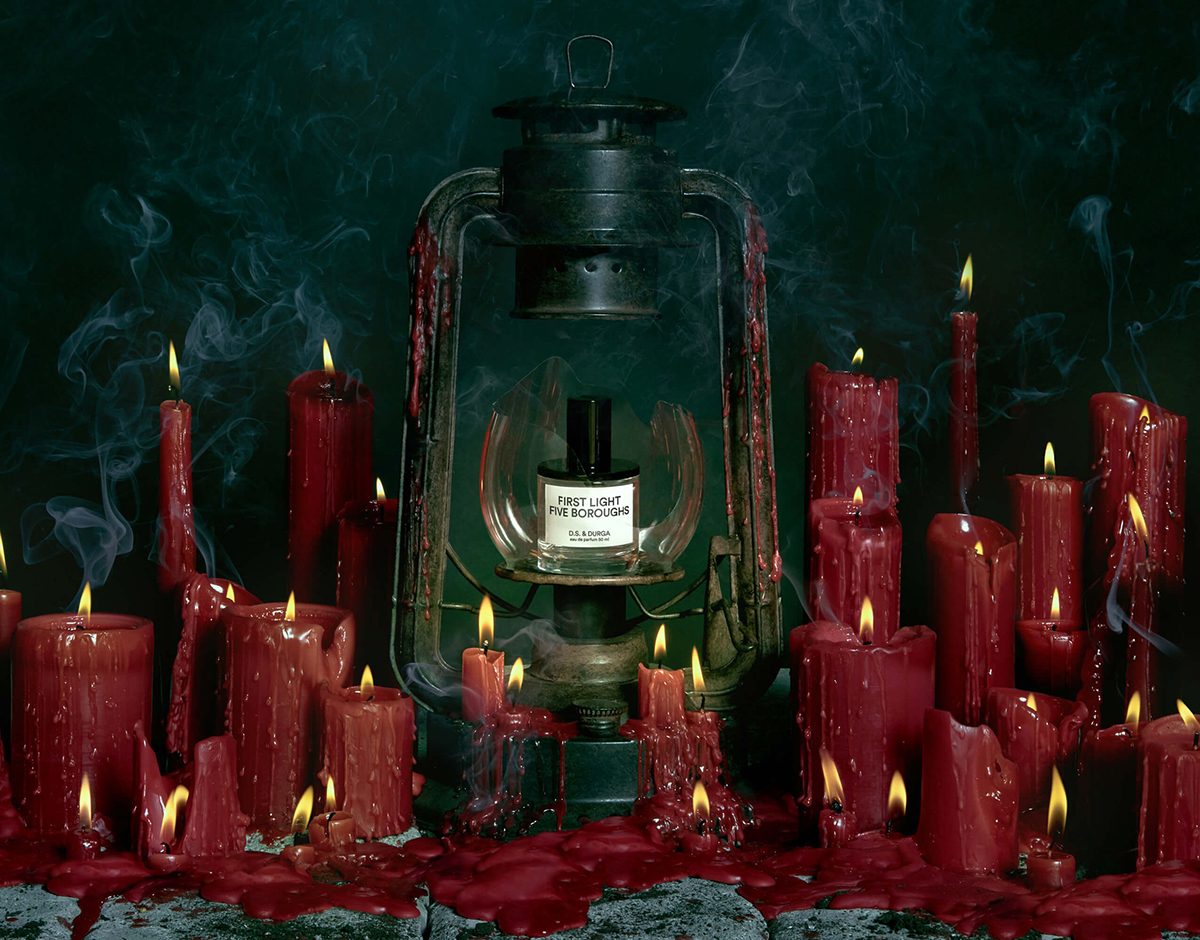 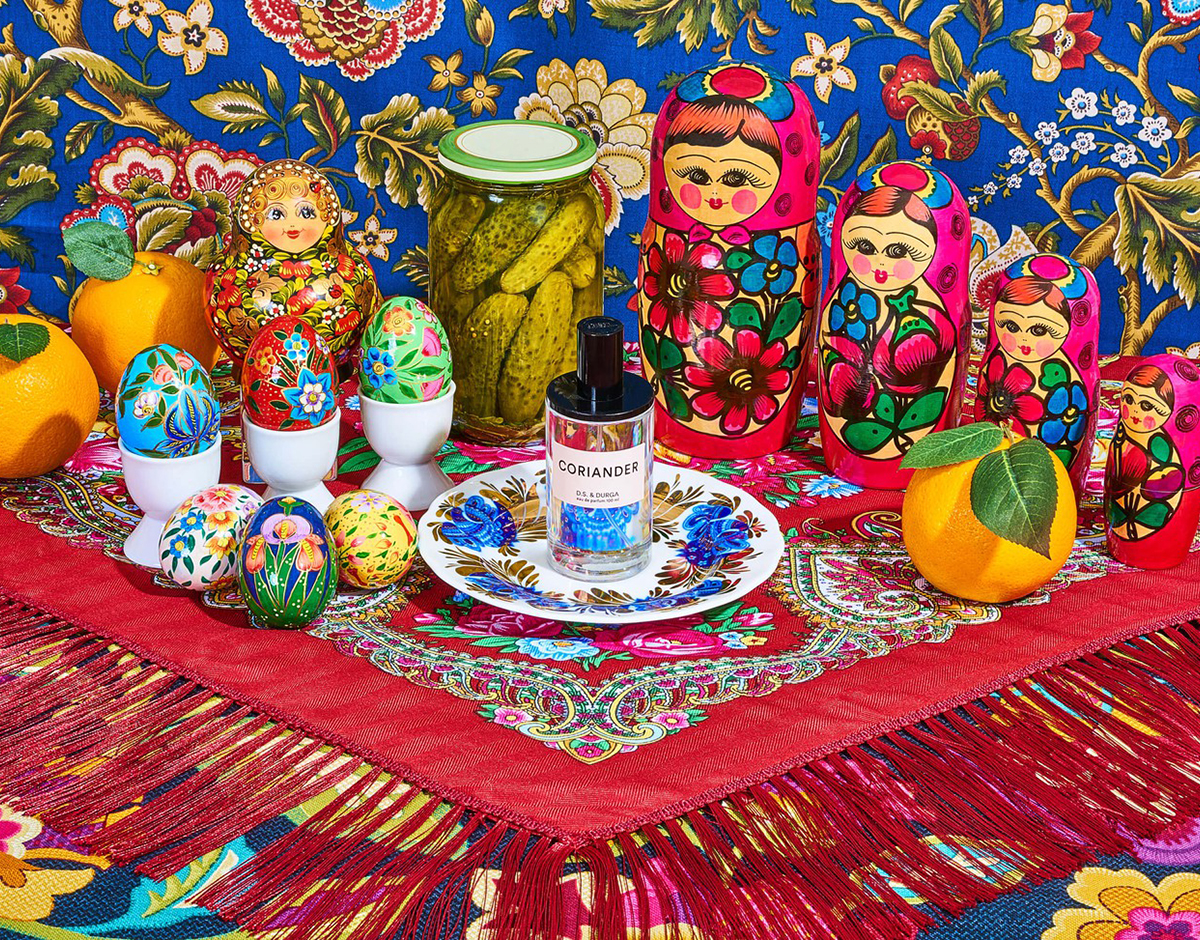 This year has obviously been incredibly challenging. How has DS & Durga been impacted?

K: It’s impacted everything, but mostly we haven’t been able to open our stores. We just wanted to wait and make sure things were safe and it made sense to open. We had another store that was ready and planned to open in April and obviously that didn’t happen. So that’s going to happen probably sometime in October, opening in Williamsburg. We’ll see. We know there’s still a lot of uncertainty about retail and we’re not really shopping, even though I’ve heard that people are. We can’t really wrap our heads around how people just casually walk into a store, especially if it’s something like perfume, where you really need to use your nose to experience it.

Has that made you rethink how a DS & Durga store will look?

K: We’ve gotten creative with in terms of the different ways we’re going to encourage customers to test the fragrances. Like taking the blotter from a gloved hand and having them insert it into their mask or go outside the store to smell it. We’re going to see what works but everything is definitely going to change.

So are people still shopping for fragrance right now?

K: Business has actually been pretty good thankfully because we pivoted in terms of what we’re making a little bit. We launched hand sanitizer very early and that was pretty major for us because I think it’s not just a reaction to COVID, but it something that’s going to stick around for a while. We also launched hand soap and that’s been doing really well. People have been buying more candles than ever before because everyone’s home so much more and the idea of home means so much. But surprisingly people have also still been buying fragrance. Or, maybe it’s not so surprising? You realize people are just looking to comfort themselves. 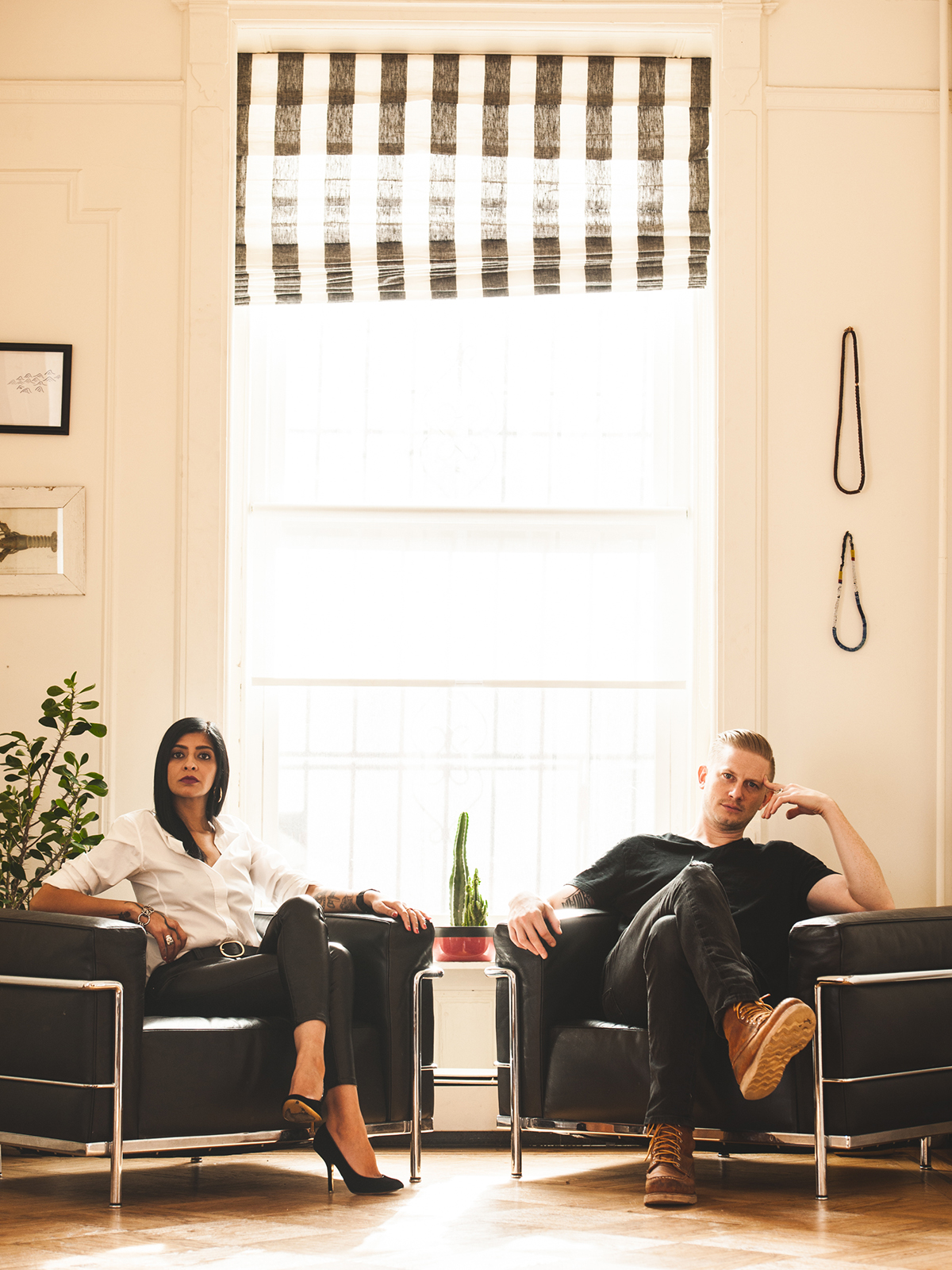 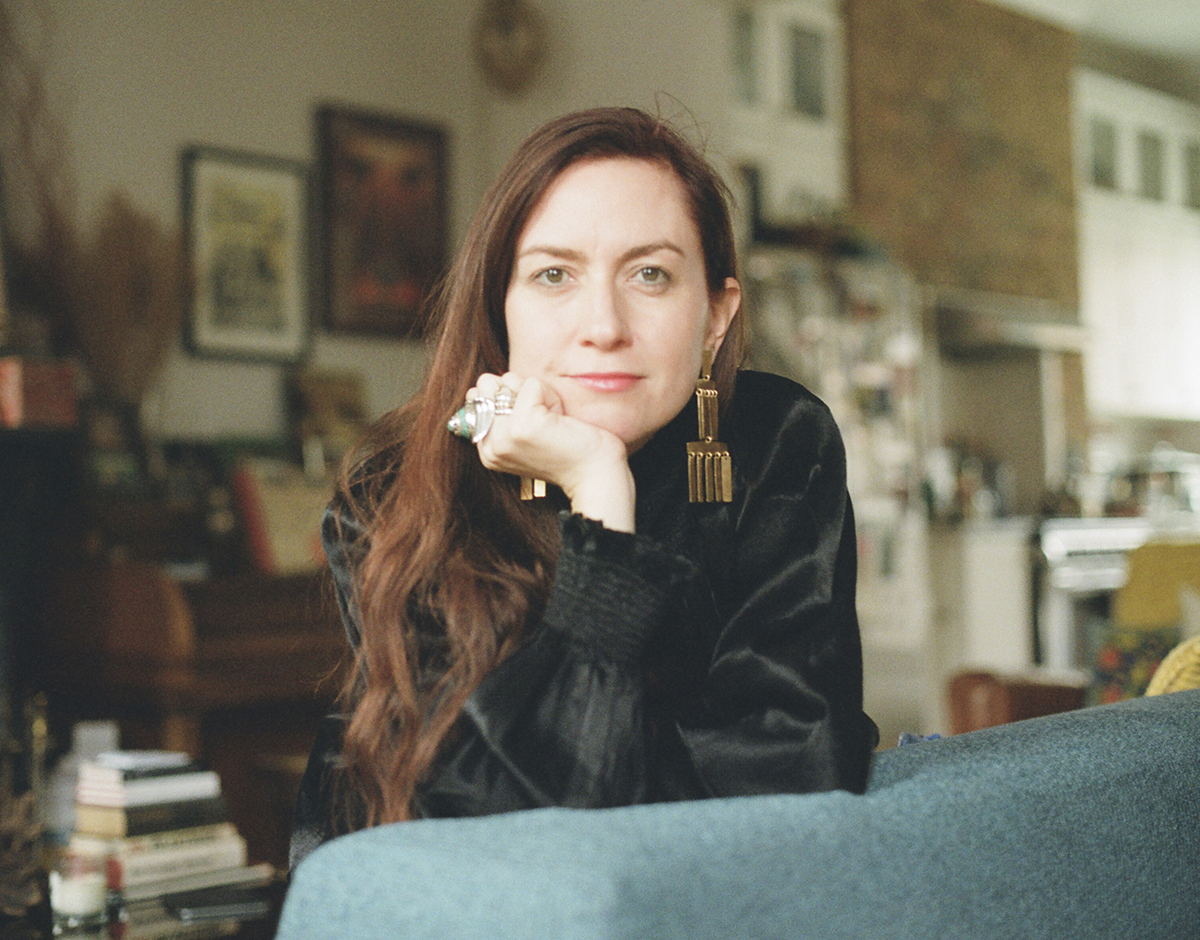 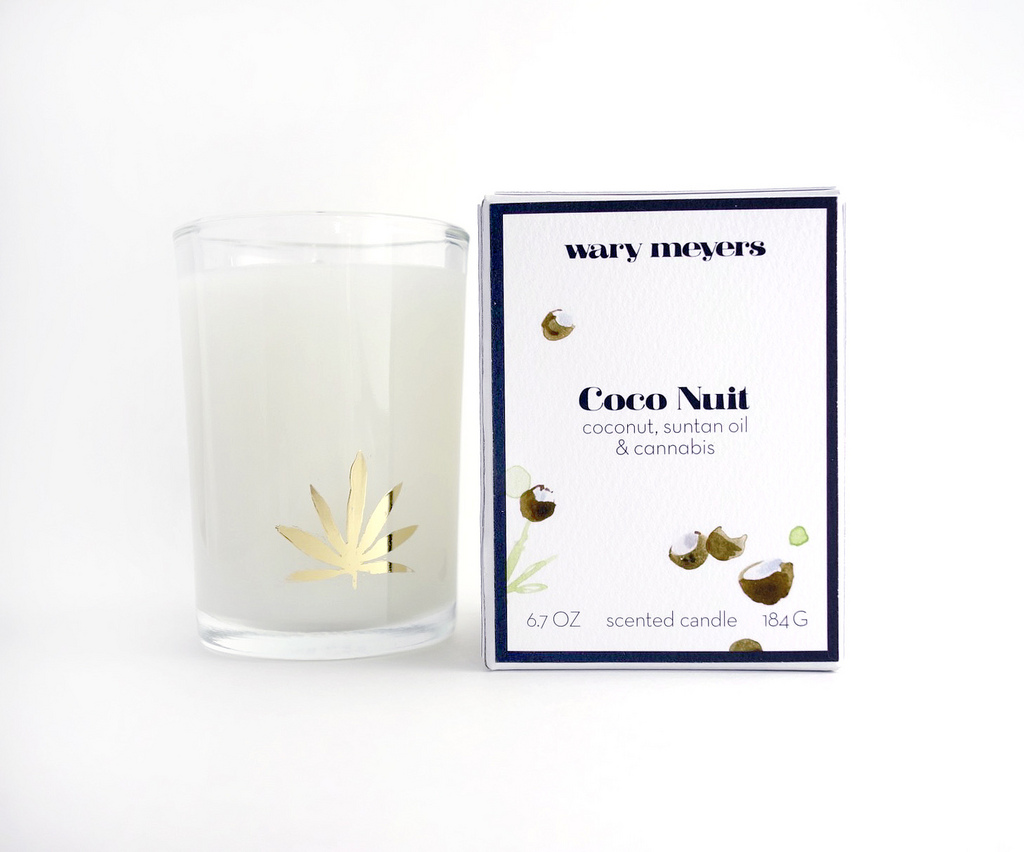 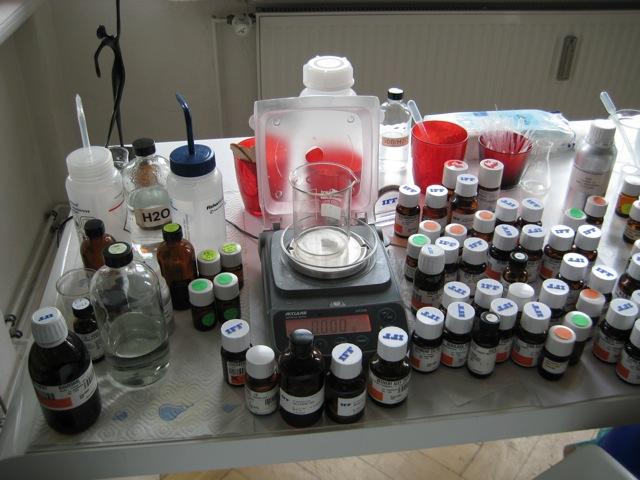