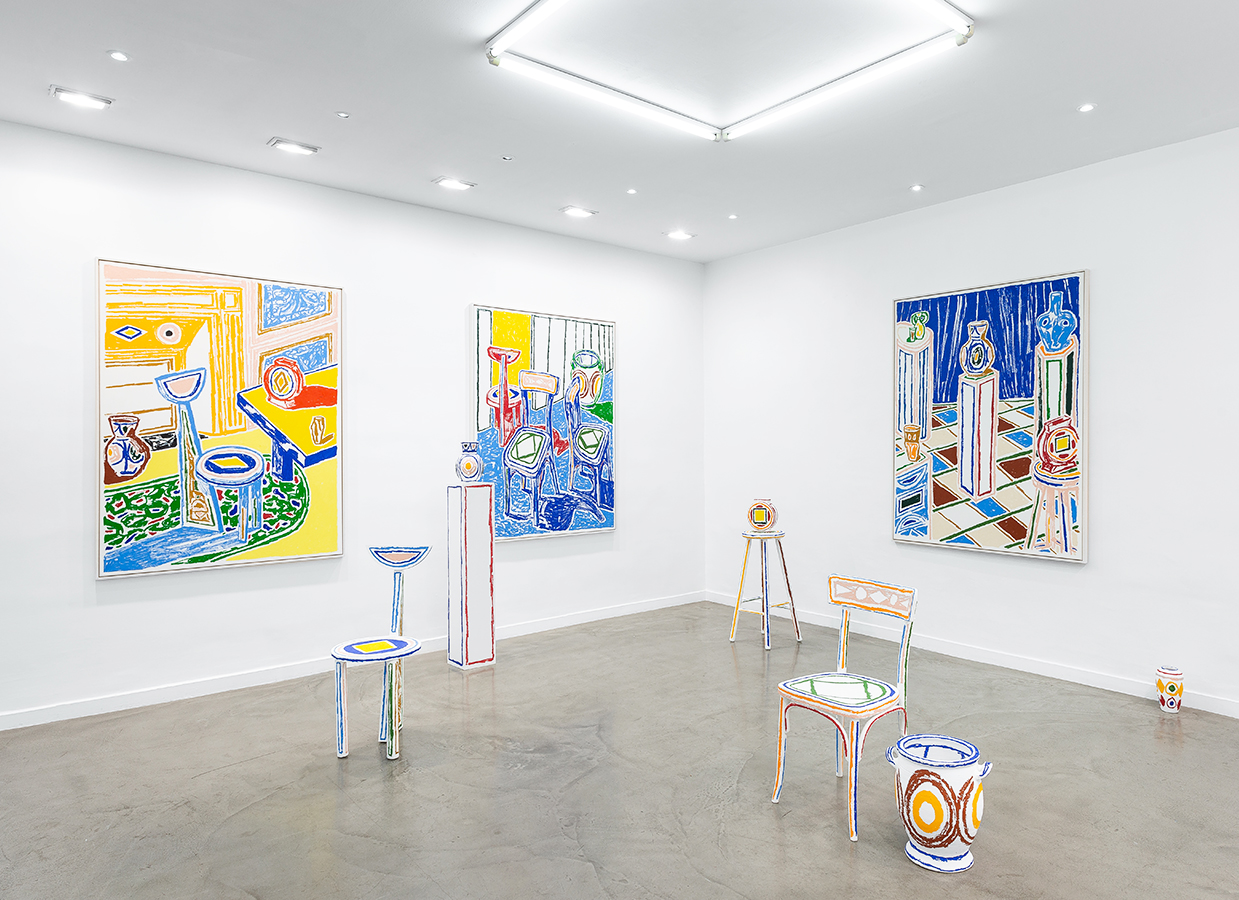 At a Paris Gallery, Furniture and Art in Colorful Conversation

We’ve always been fans of exhibitions that put furniture in conversation with art, but often those exhibitions are a solo affair; think of Landon Metz making amorphous benches to match his pigment-stained canvases, or Elvire Bonduelle making geometric steel seats with curves reflected in her paintings. But on view currently at Galerie Derouillon in Paris is an exhibition in which an artist and a furniture designer instead riff on one another’s work: Called Conversation, the exhibition features furniture made by the French designer Frédéric Pellenq and paintings and objects by artist Alexandre Benjamin Navet. After meeting this summer, the two began a dialogue that resulted in a version of Pellenq’s Josie chair — here painted white and featuring Navet’s signature colorful linework — as well as Navet’s paintings, which place a two-dimensional version of the chair within a domestic interior. “We wanted to include a piece of mine in Alexandre’s solo show  to mark the onset of a larger collaboration we have in mind,” says Pellenq. “My chair felt like an obvious choice since I have worked on this piece in several versions, include a bespoke version in a dreamy skin color resin. The chair is in its final version underneath so that if the paint cracks overtime (even though it will not), you will be able to reach the DNA of the object. The final result proposes a completely different aesthetic of the former piece, giving it a lighter and clumsier look.” On view until November 16. 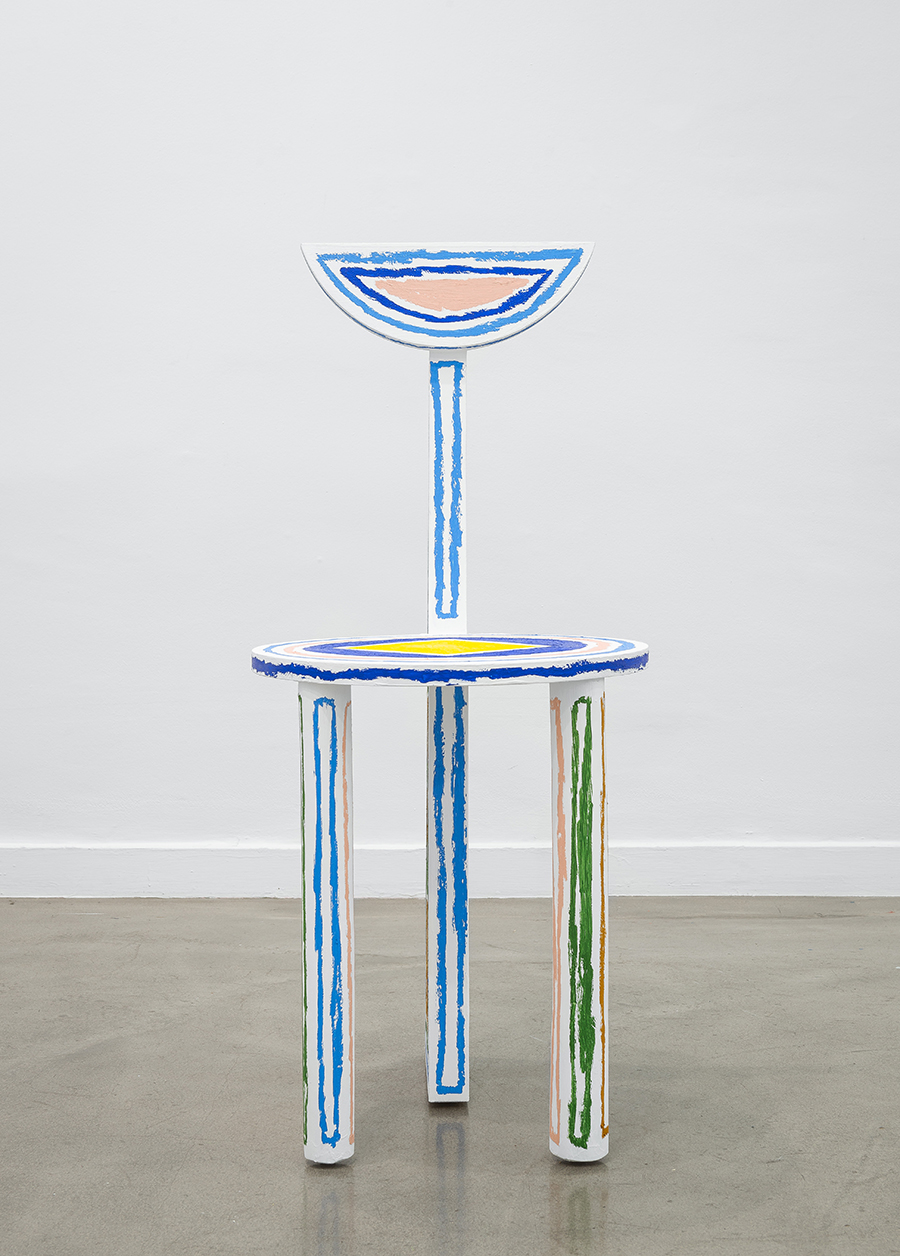 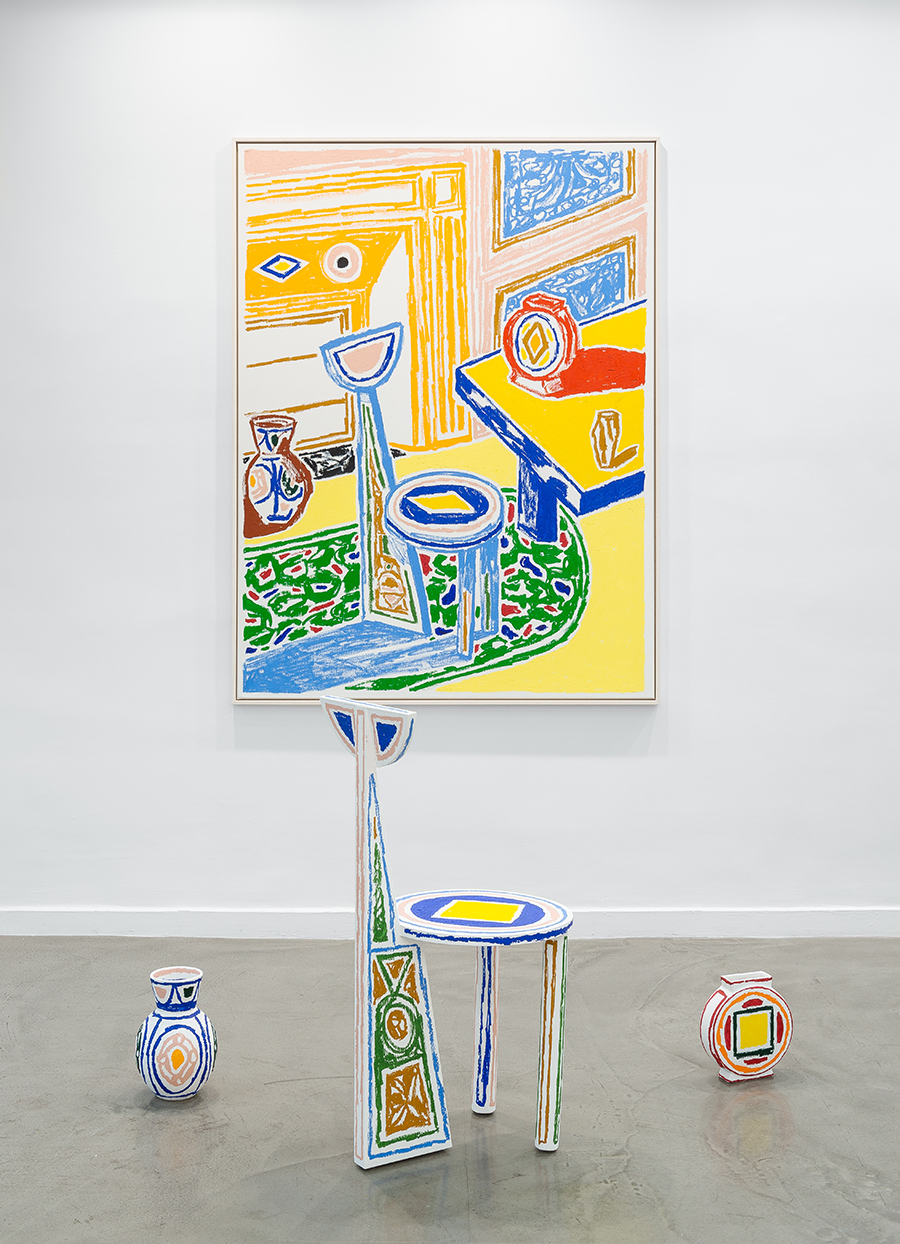 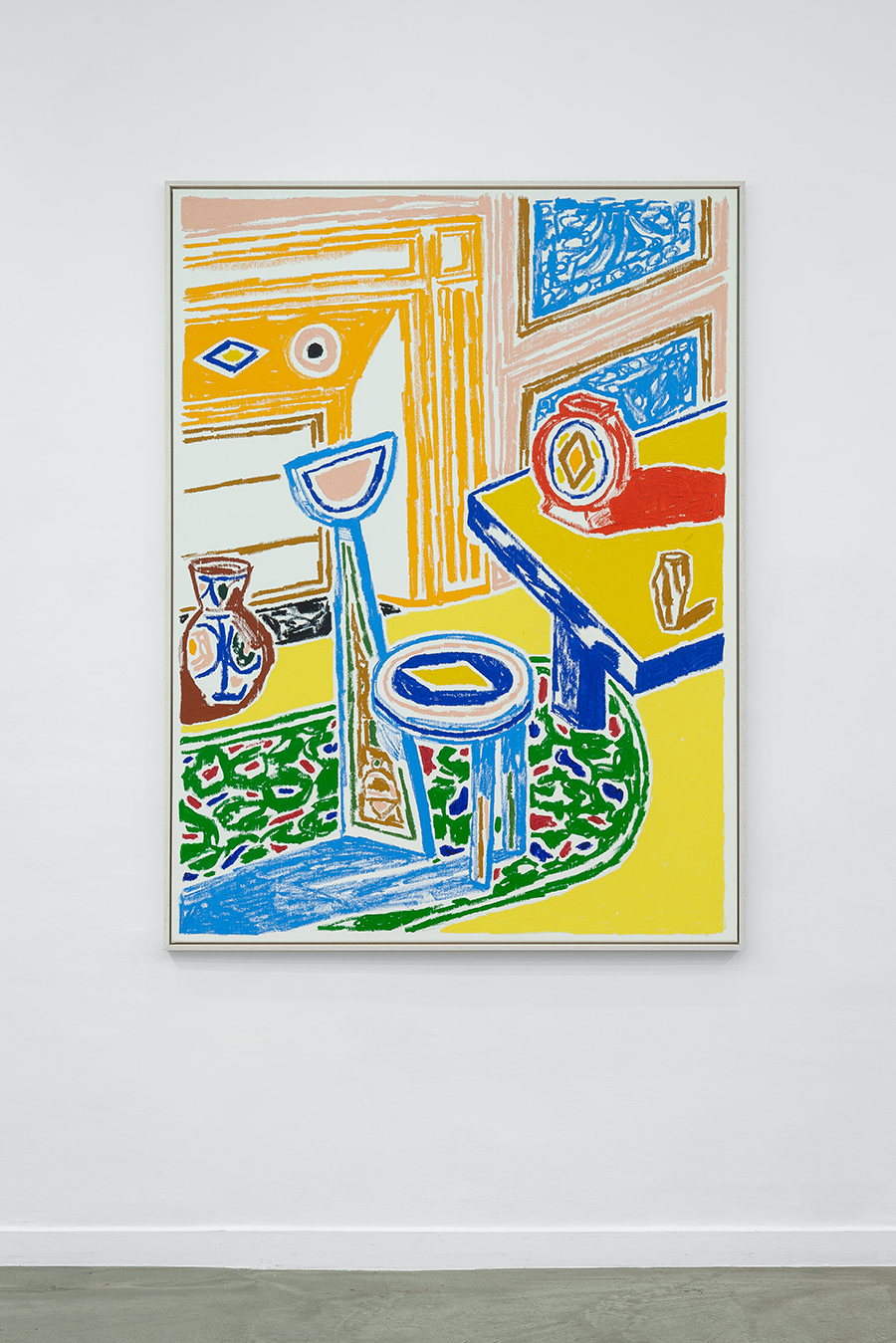 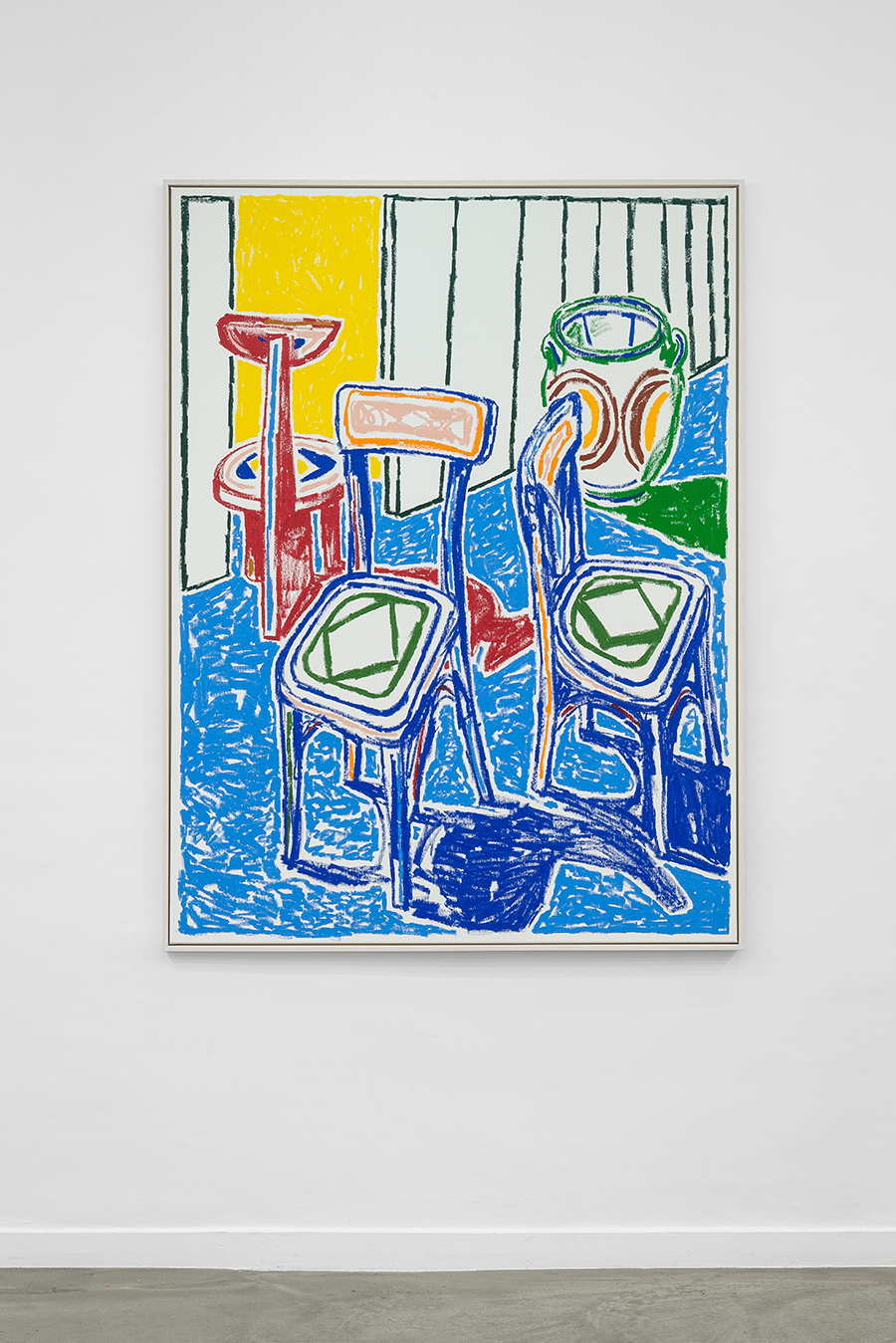 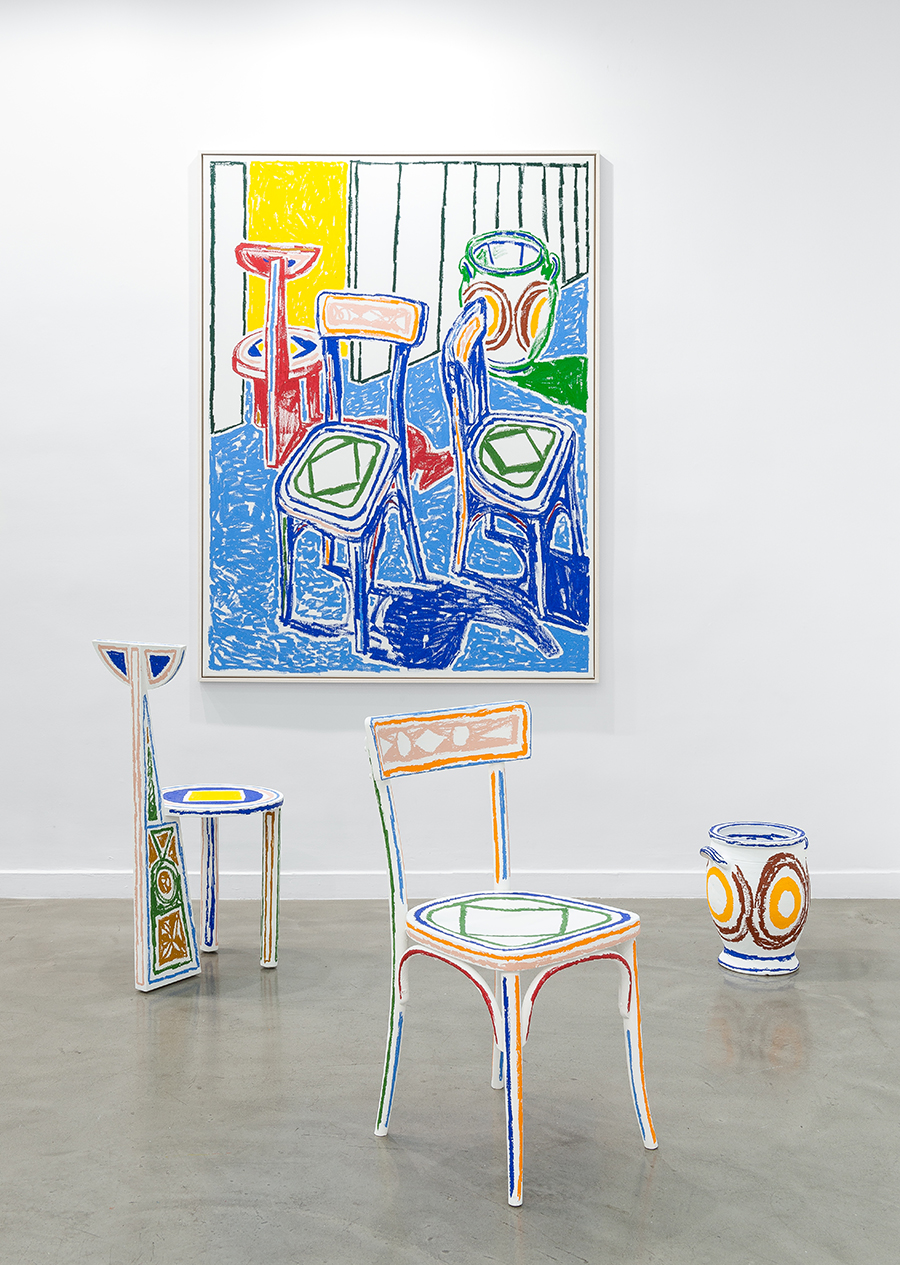 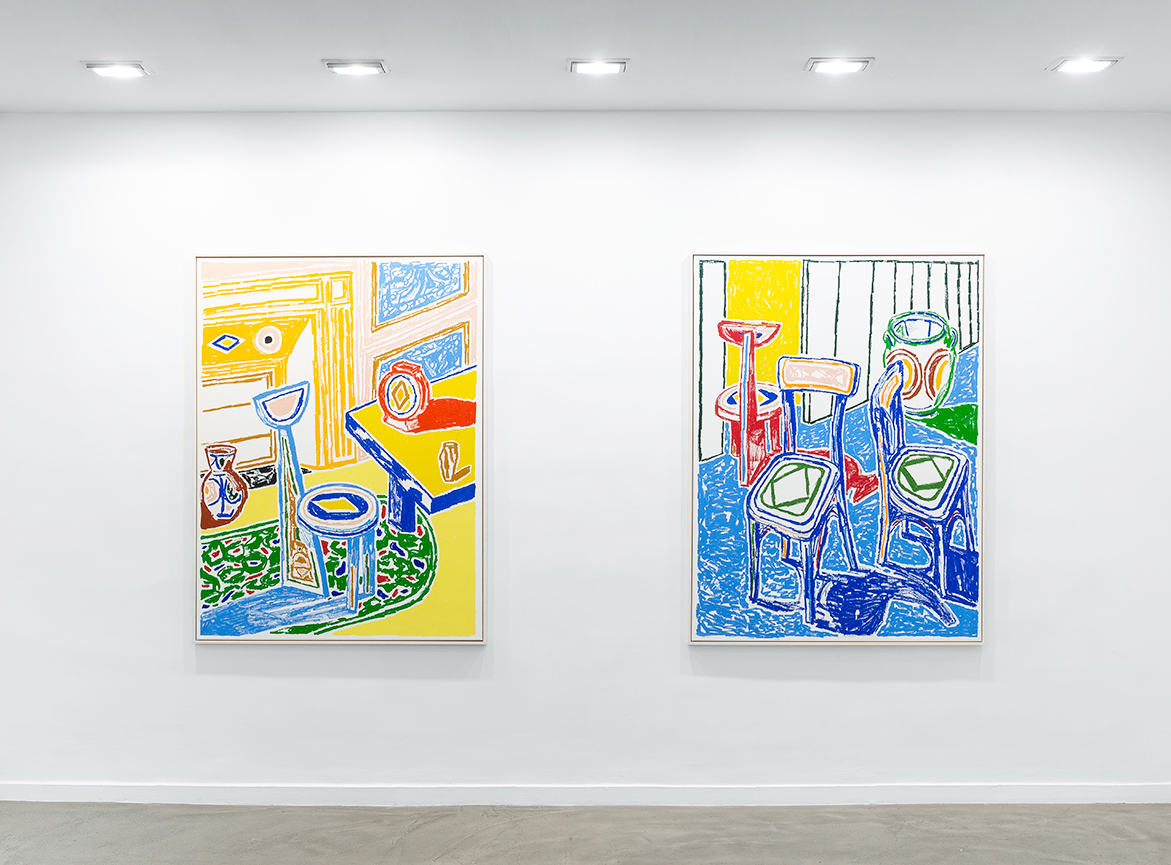 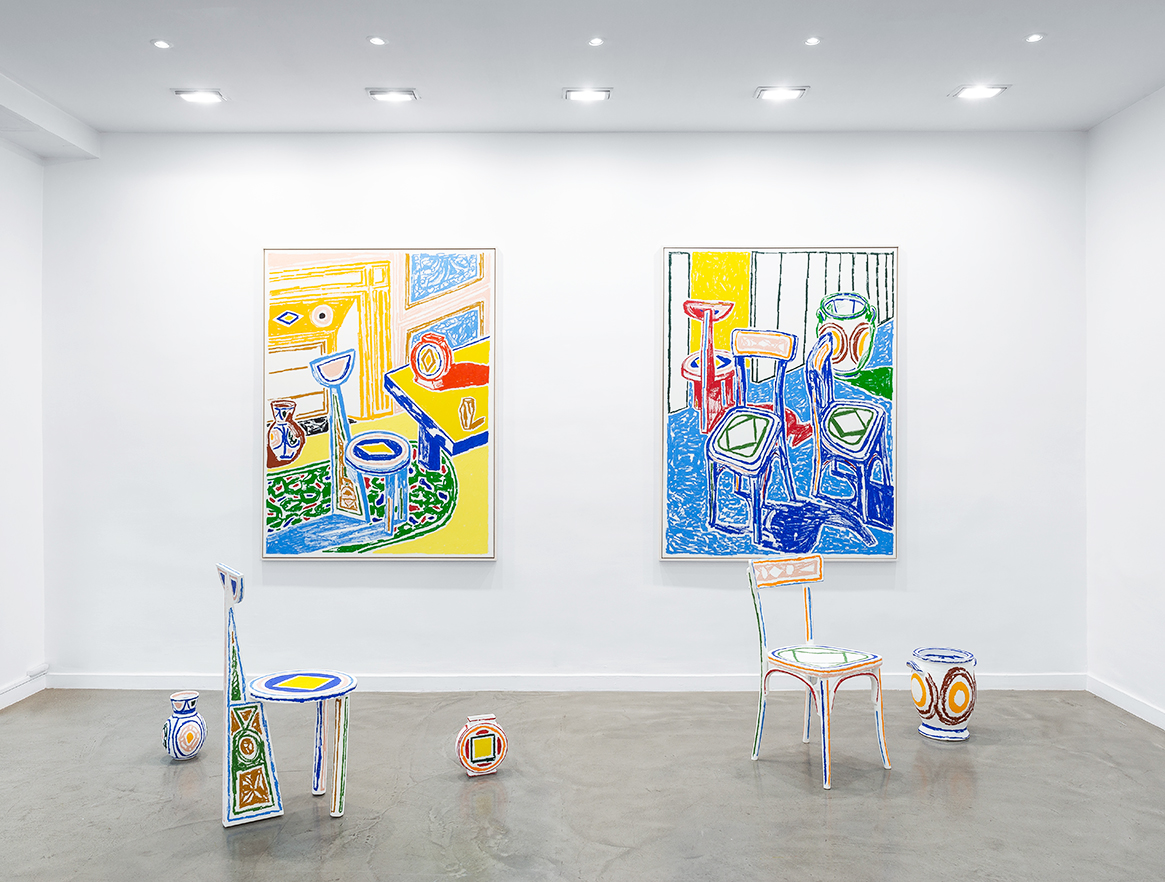 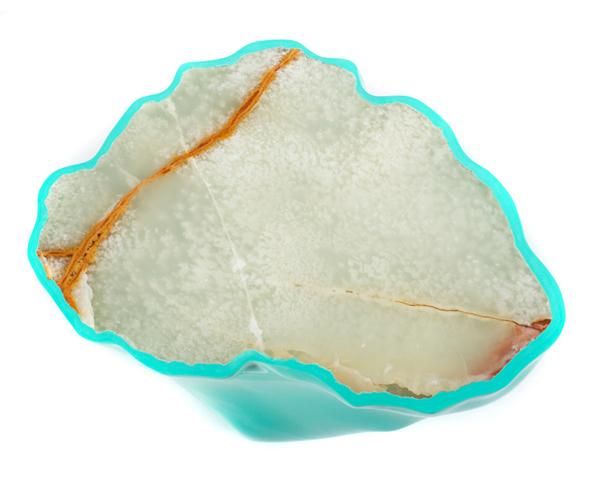 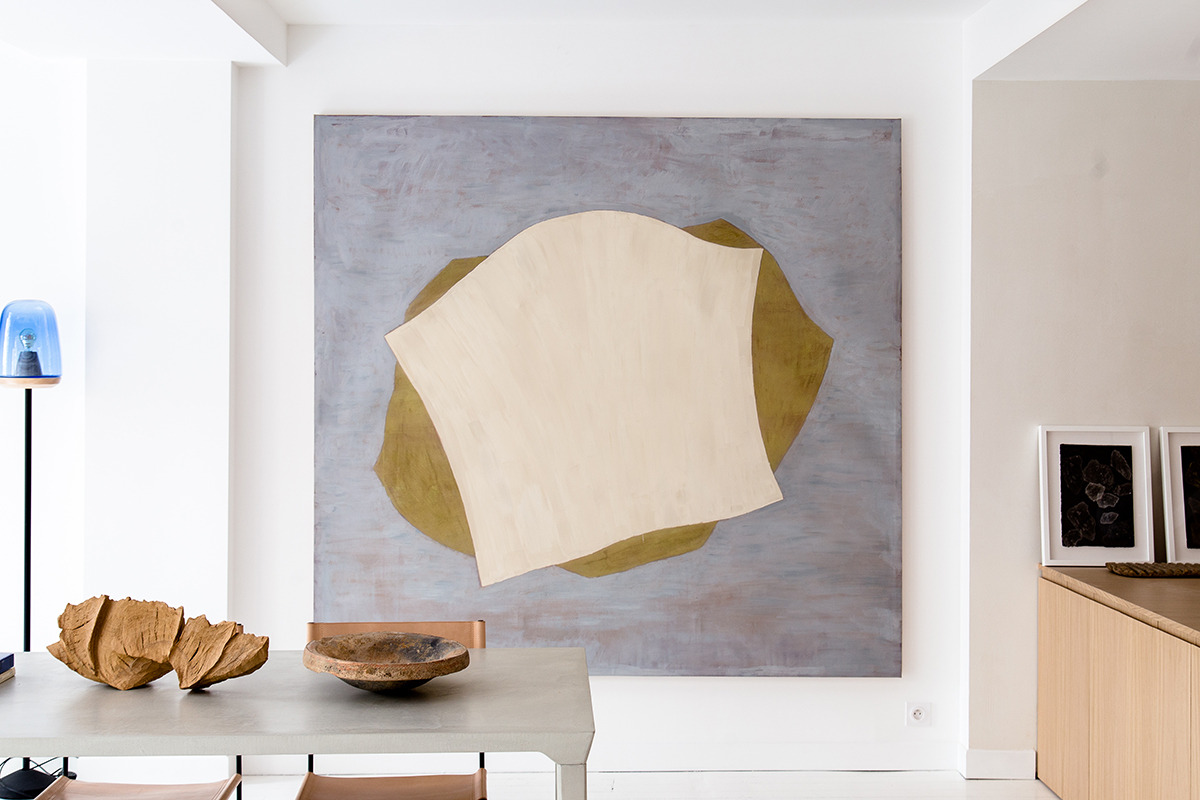 In Paris, An Art Gallery Takes Over a Townhouse — Permanently

Like Maniera in Brussels or Salon 94 in New York, the new Parisian art gallery Zeuxis takes works out of the traditional white cube gallery context to exhibit them in a more intimate space; by allowing visitors to imagine themselves living in real time with the objects on display, it makes art and design a bit more accessible.
More 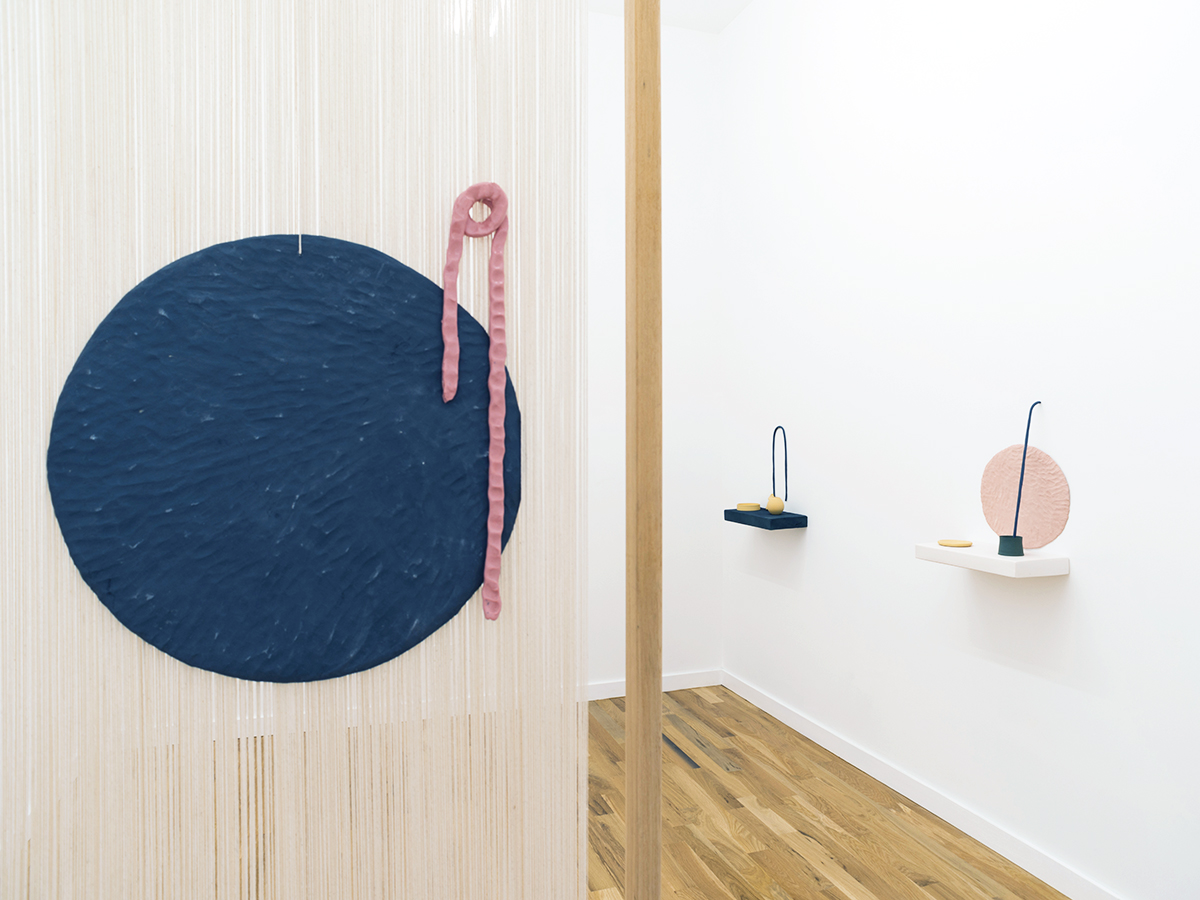 What is it about self-contained vignettes — in which the artist creates not only the work but also the structure the work sits upon — that are so pleasing? This is the second exhibition of its kind that we've featured this week, in which the plinth is part and parcel with the piece: Called "Bit by Bit Above the Edge of Things," Danish artist Marie Herwald Hermann’s first exhibition at Paris London Hong Kong in Chicago presents six of these tableaus — primarily made from porcelain, stoneware, and silicone — framing a small room punctuated by a seventh piece in ceramic, fiber, and wood.
More