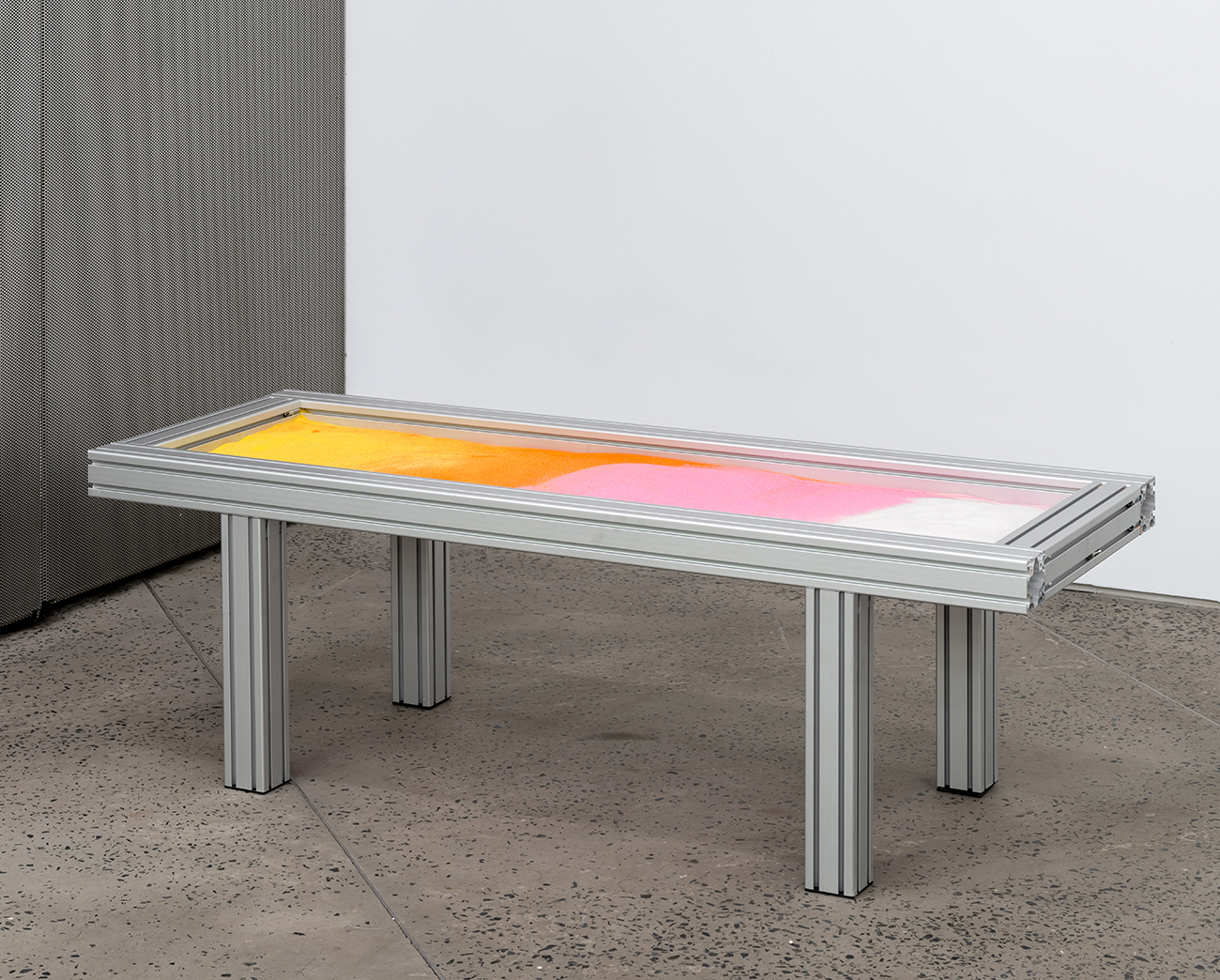 Colored Sand, Kool-Aid, and the Potential of Materials

Last Saturday, we posted about a group show happening in Copenhagen right now called The Plinth Project. The concept for that show is dead simple — redesign a common piece of exhibition furniture — but the results are rather delightful because the brief gives a close-knit group of designers the opportunity to create something that hews close to their normal aesthetic but feels different enough to be fresh. Group exhibitions like this, which ask a cohort of designers to all respond to the same brief, are far too rare, though, in the American design scene, which often favors solo presentations. That’s perhaps why Chamber Gallery‘s exhibition model, in which an outside curator puts together a few different installments over the course of a year, feels so refreshing. Now on view at Chamber is This Is Today, Matylda Krzykowski’s second installment built around the theme of collage. It includes new work by Soft Baroque, Jonah Takagi, Nick van Woert, Martino Gamper, Victoria Wilmotte, Maiko Gubler, and New Tendency among others; other themes addressed in the objects include “the potential of materials, domestic environment, appropriation of surfaces, unveiled production processes, popular culture, visual seduction, and ancient rituals.”

There are so many pieces to love here — including Soft Baroque’s aluminum-profiled table filled with candy-colored sand and Maiko Gubler’s 3D-printed vessels — but Nick van Woert’s installation might be our favorite: Shelter is made from a mix of resources the artist encounters on a daily basis, including cat litter, hair gel, chlorine, Kool-Aid, joint compound, polyurethane, concrete, Glass, Monster Energy, Muscle Milk, and Tang. Take a look at our picks below, and then be sure to visit the gallery, where the current exhibition will be up through February 18.

Top: Soft Baroque, I will love you forever if you bring desert to my living room, 2016 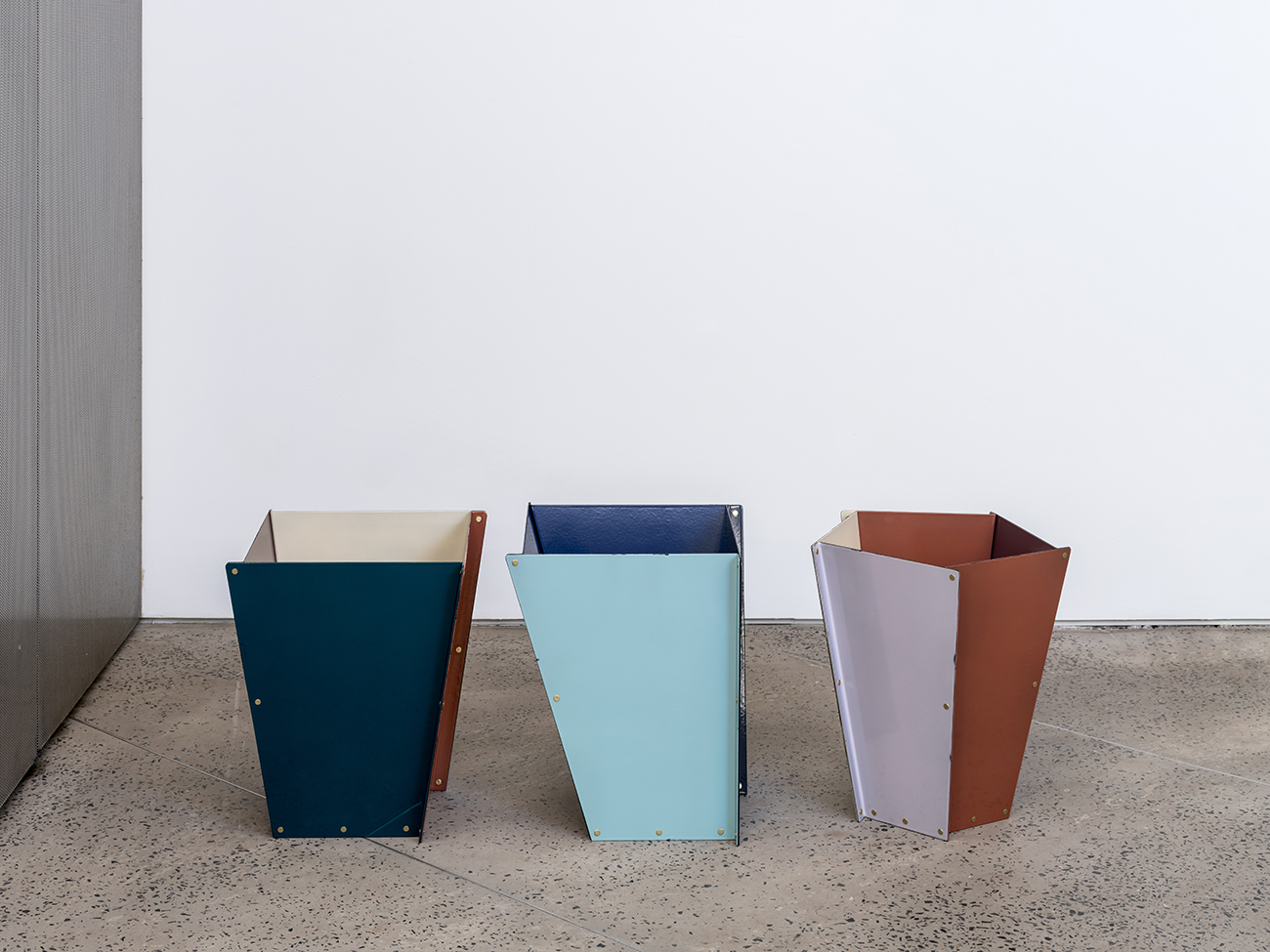 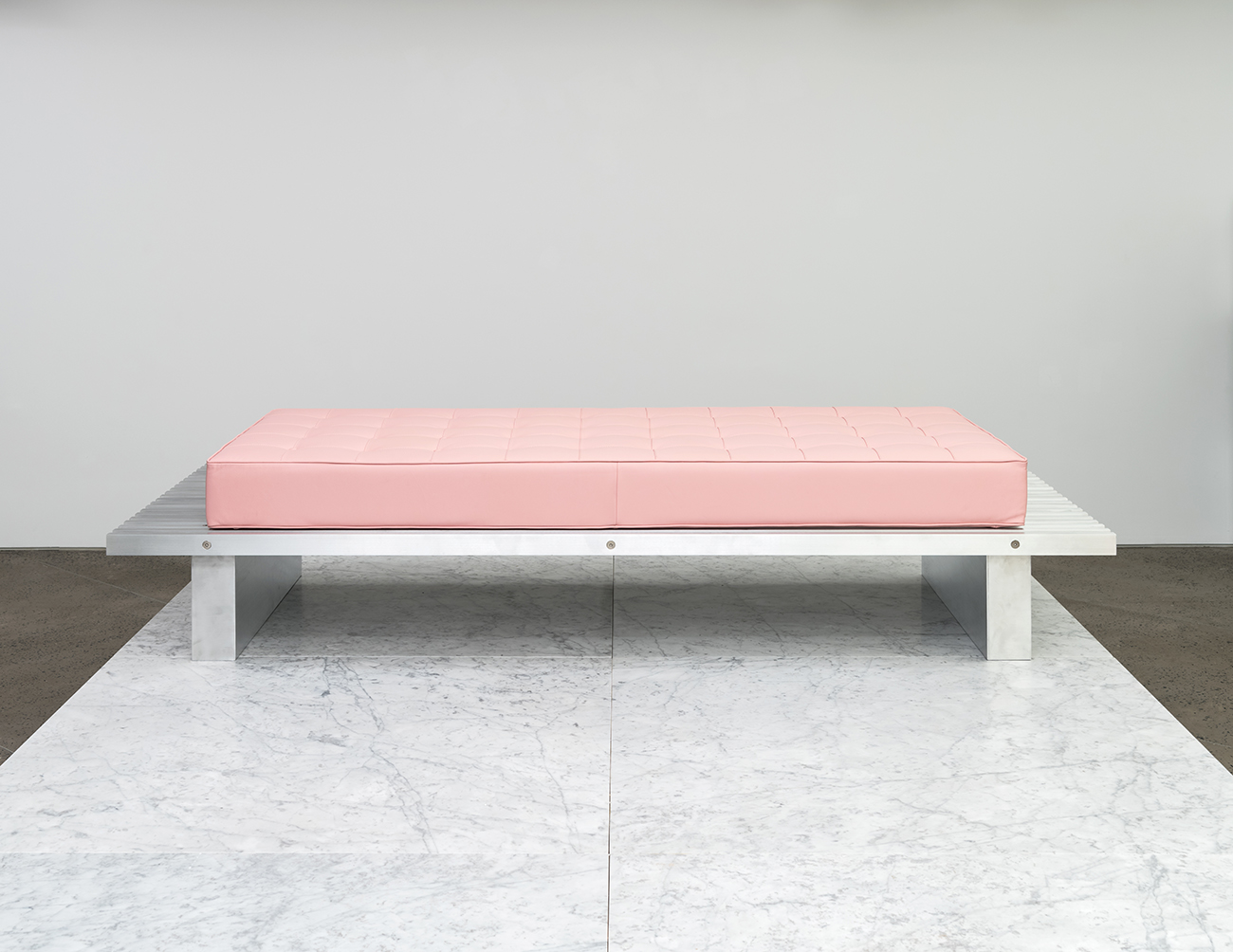 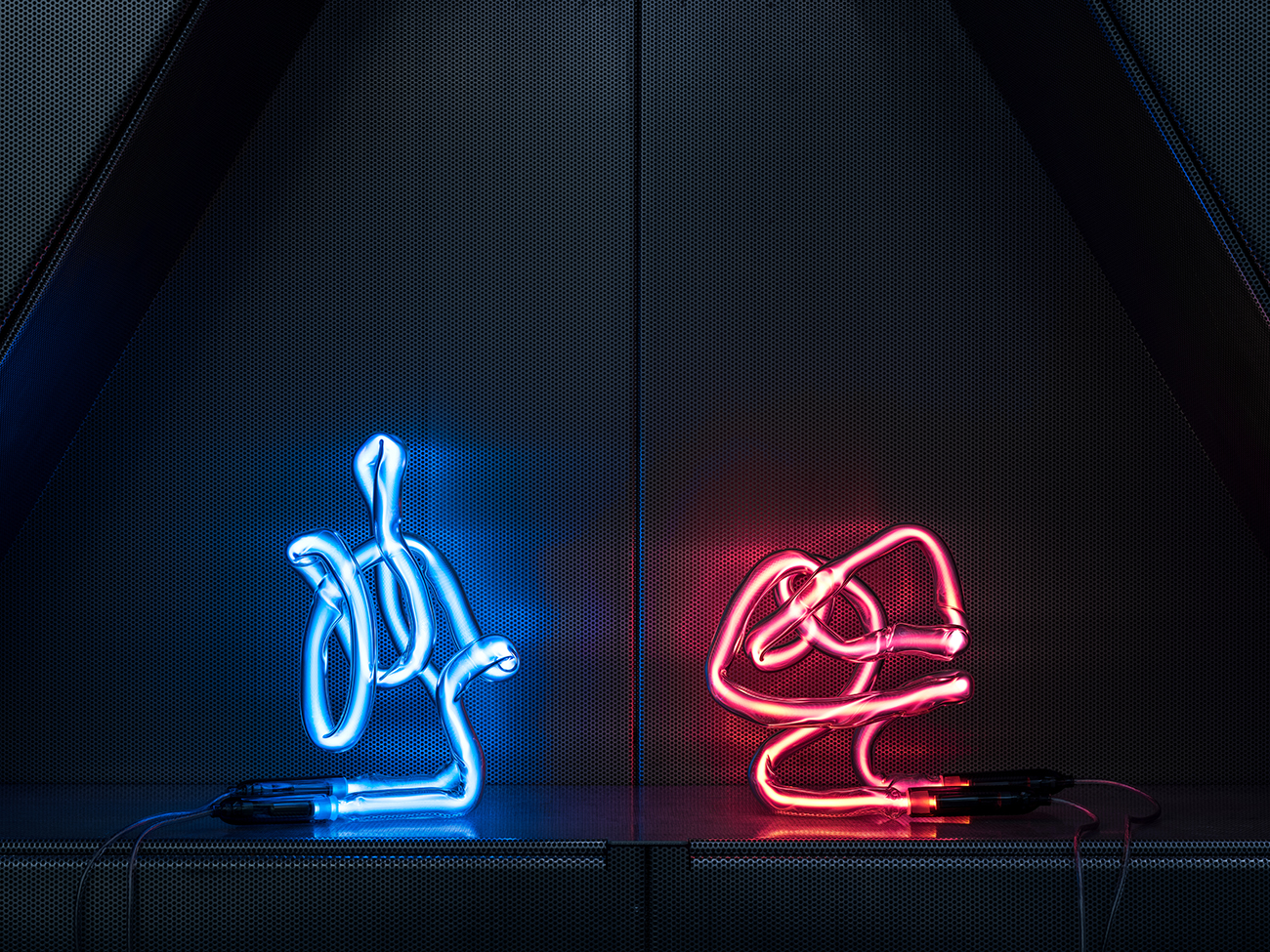 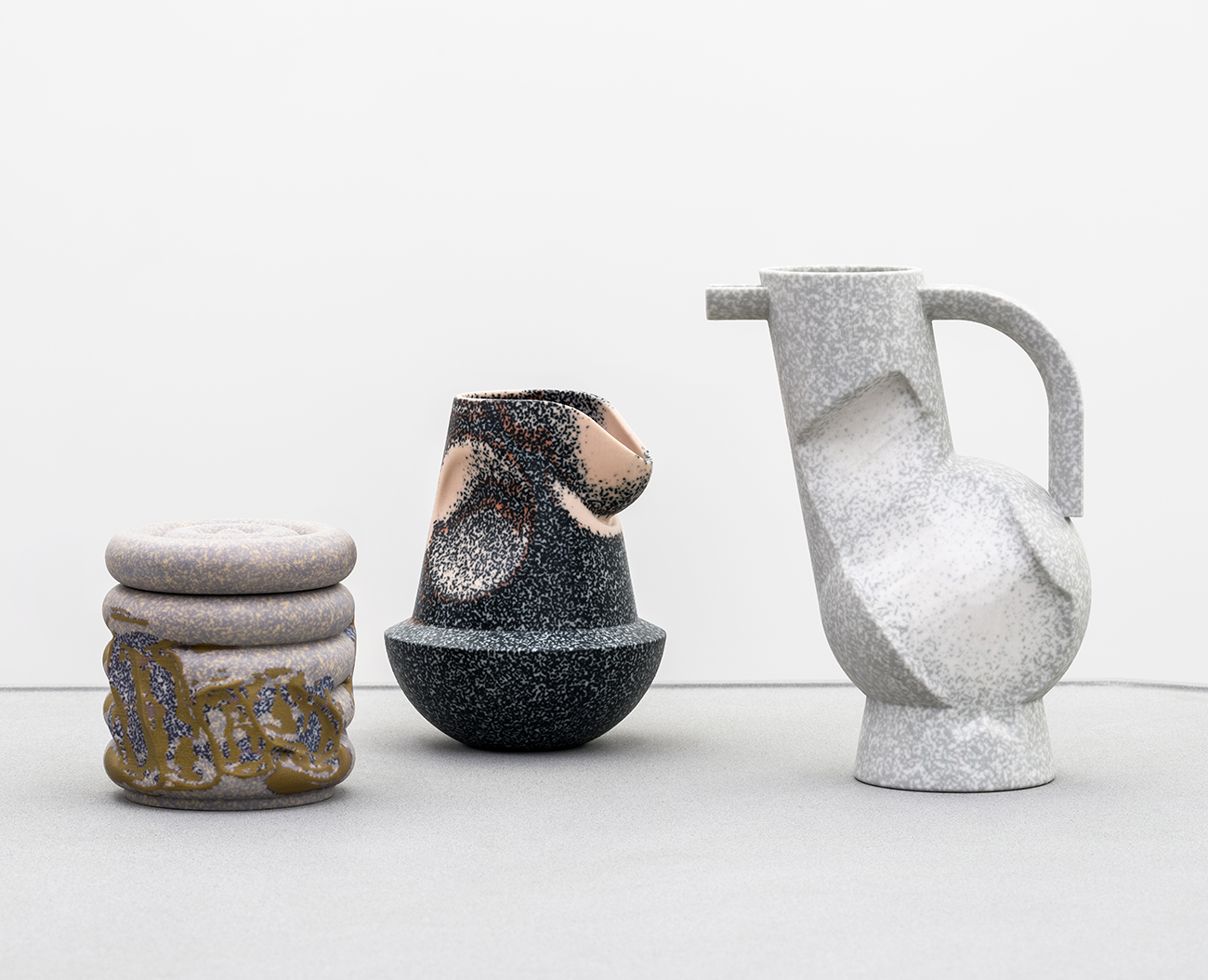 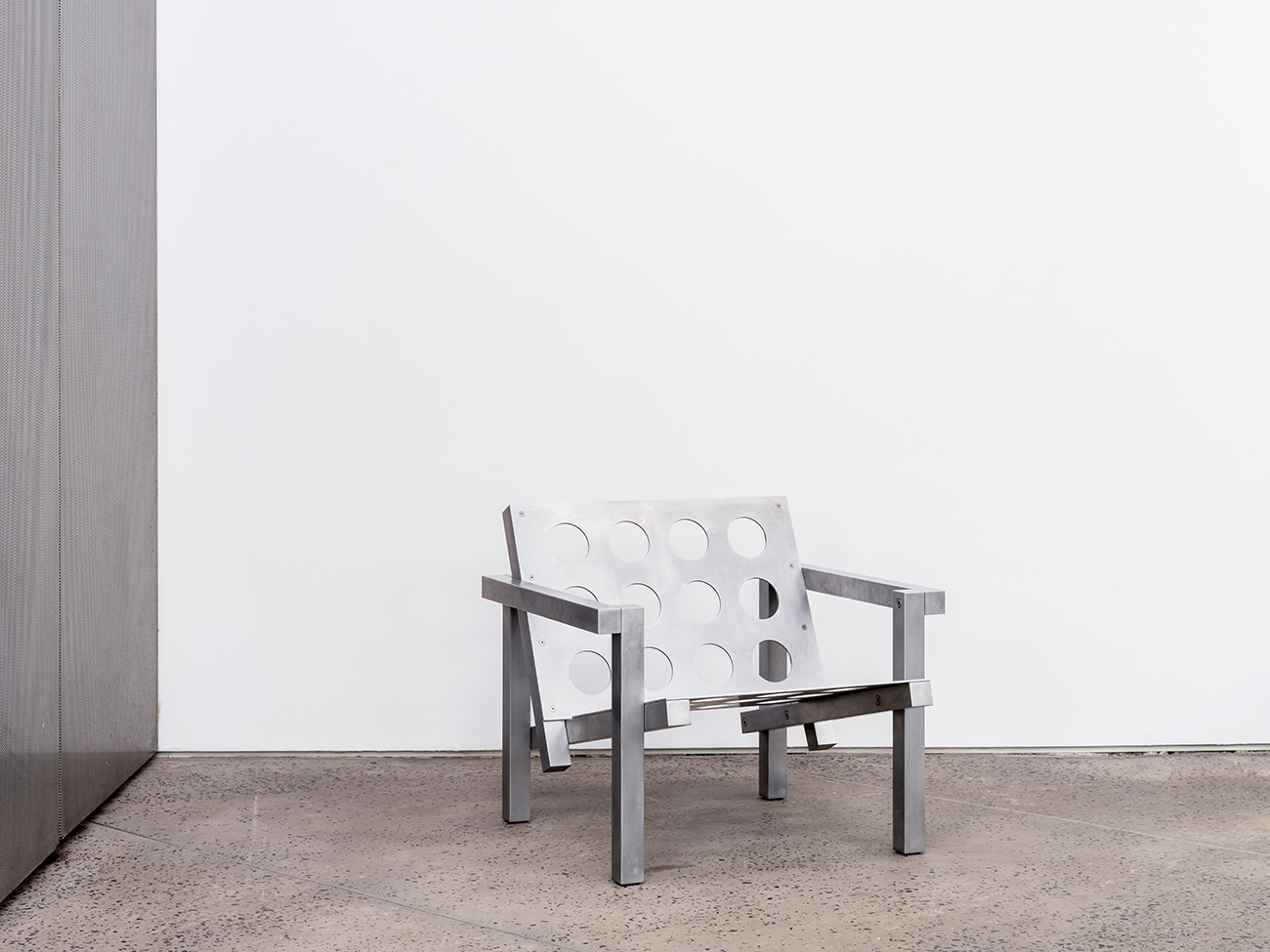 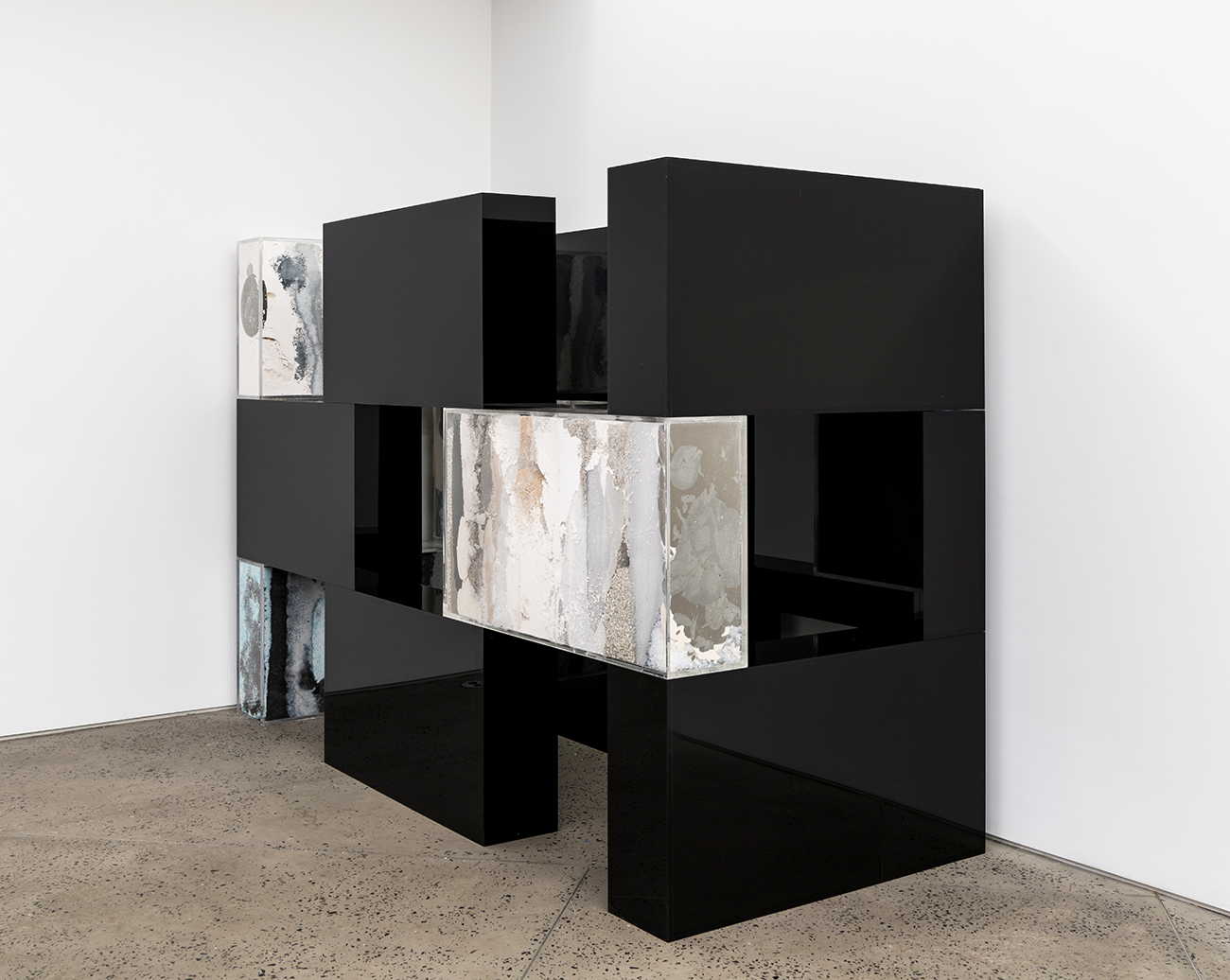 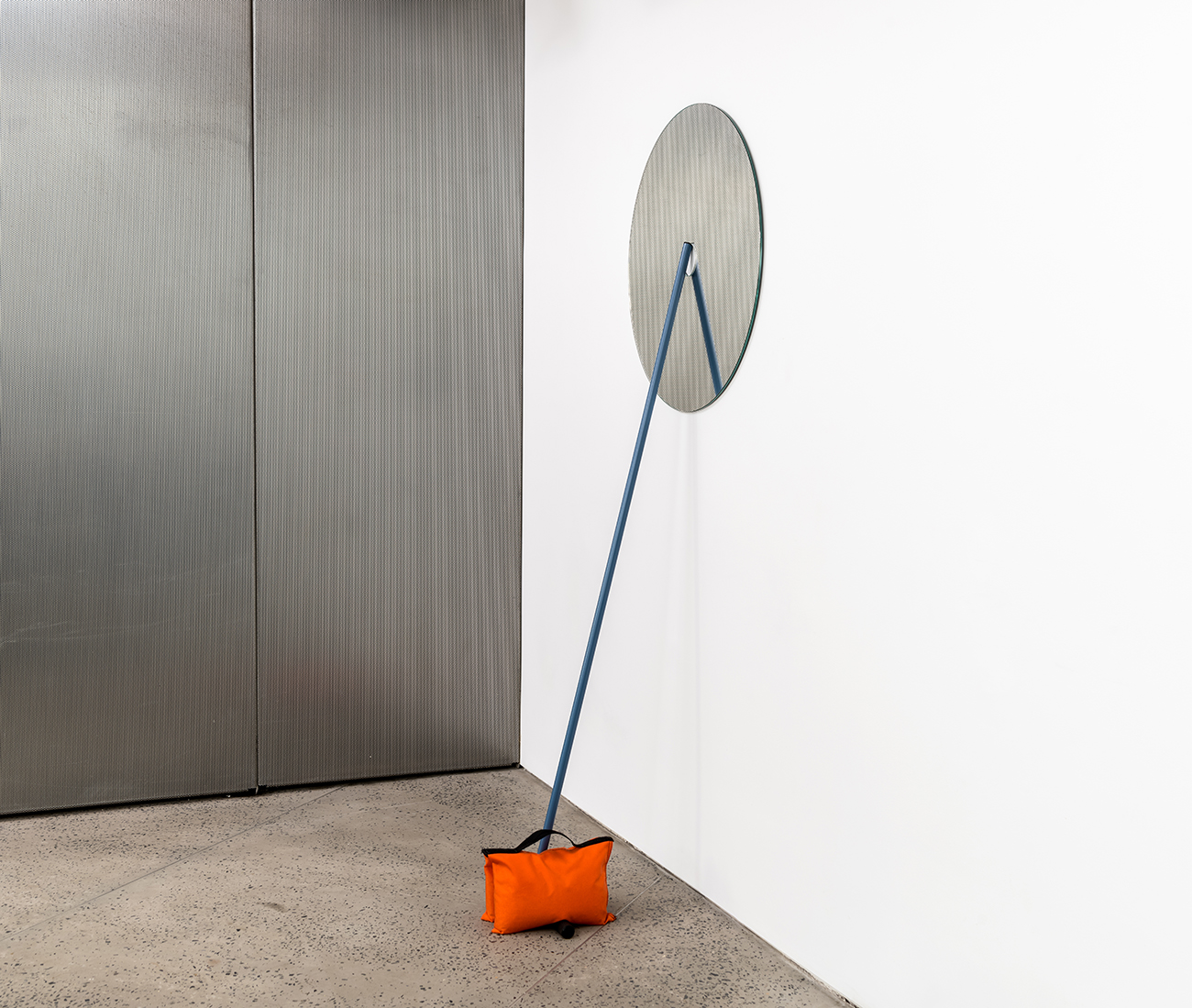 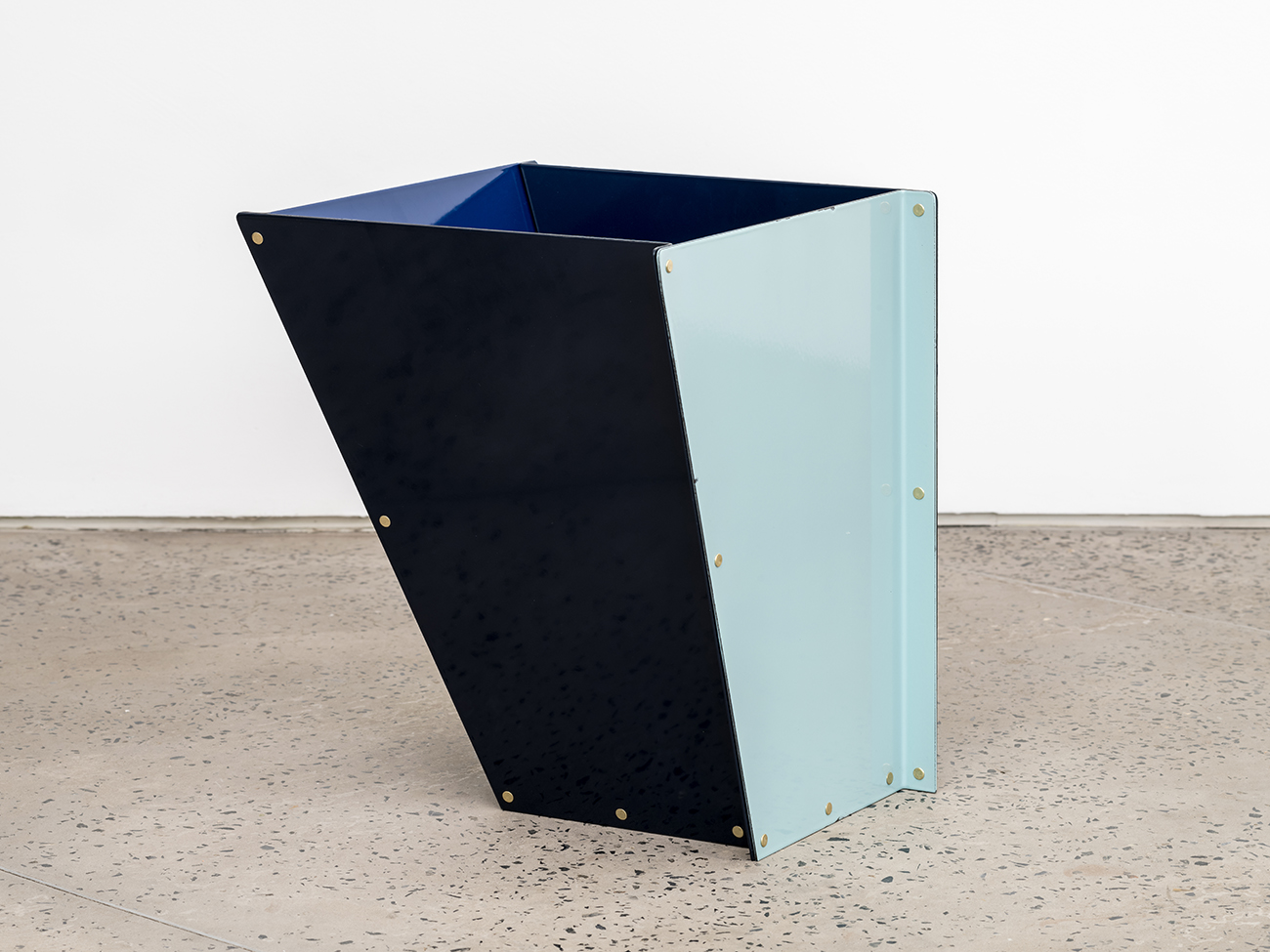 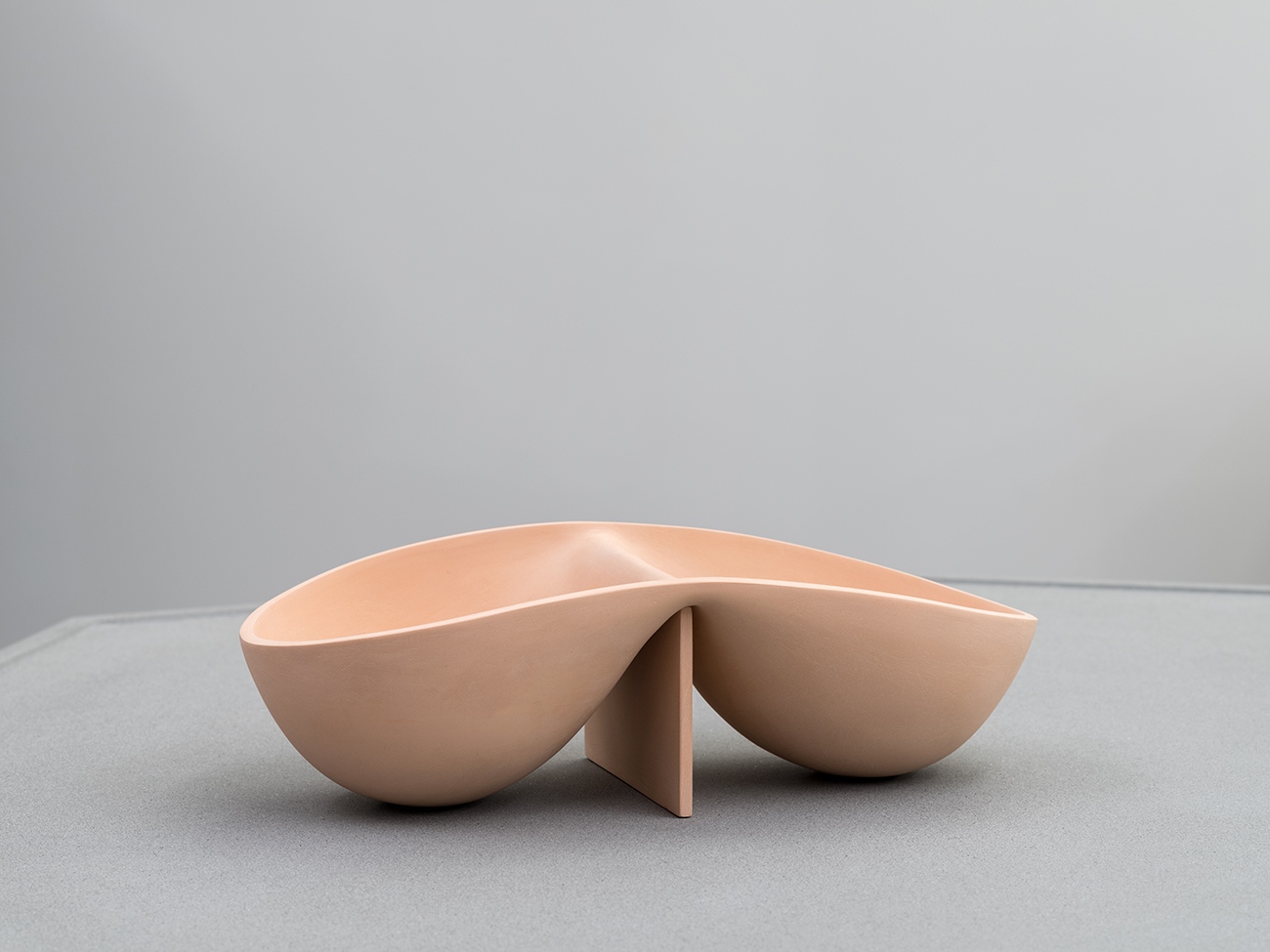 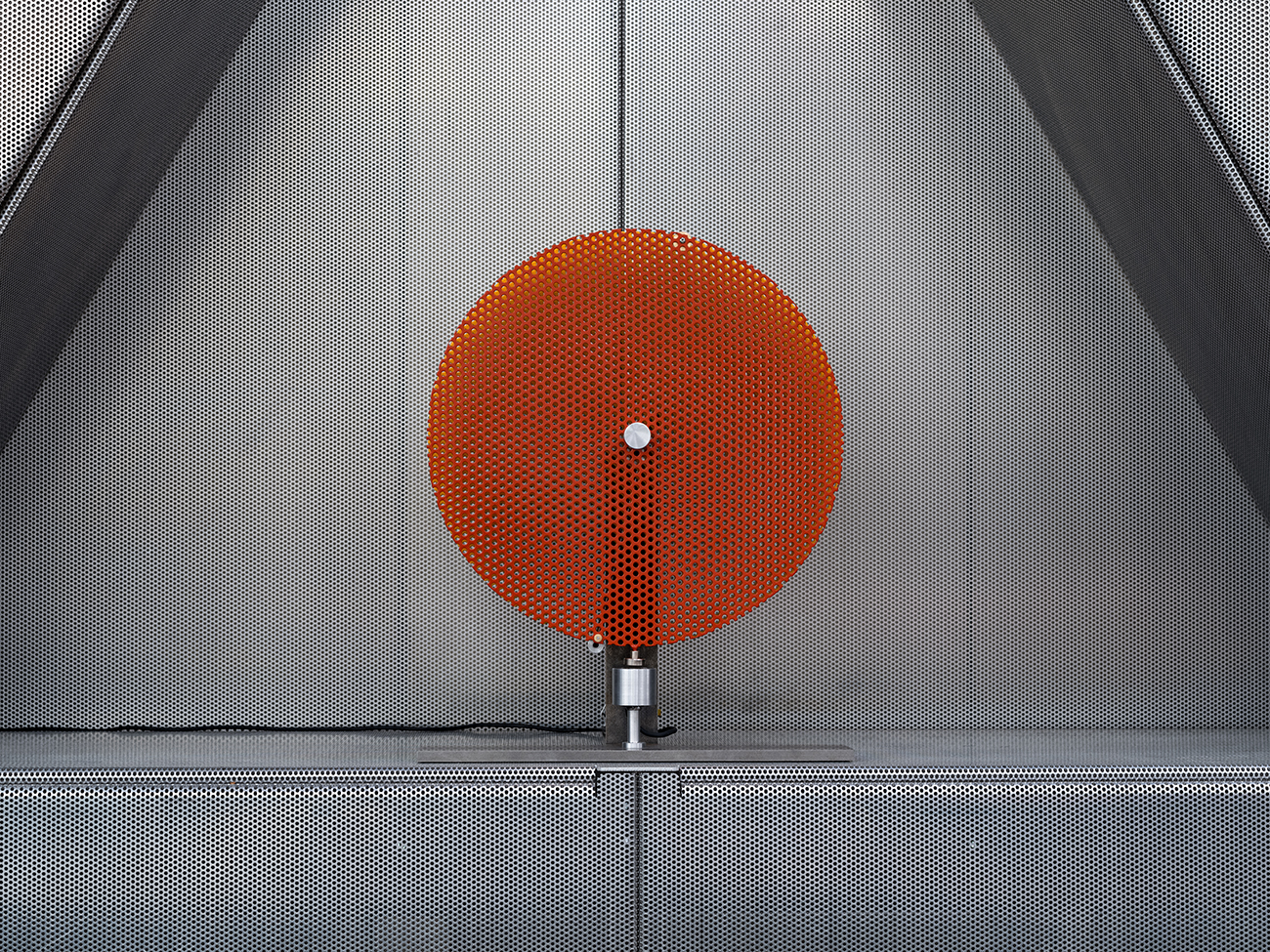 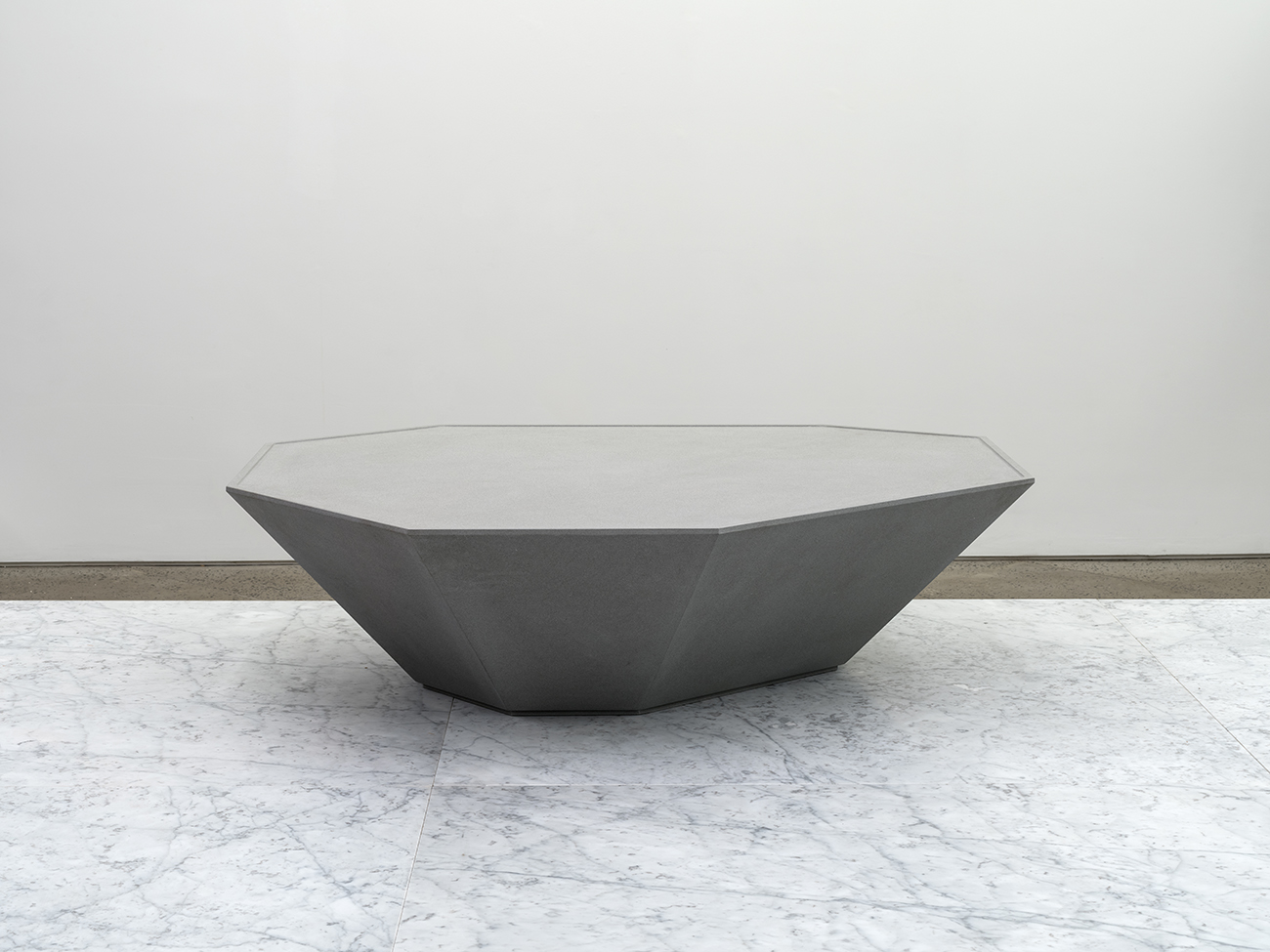 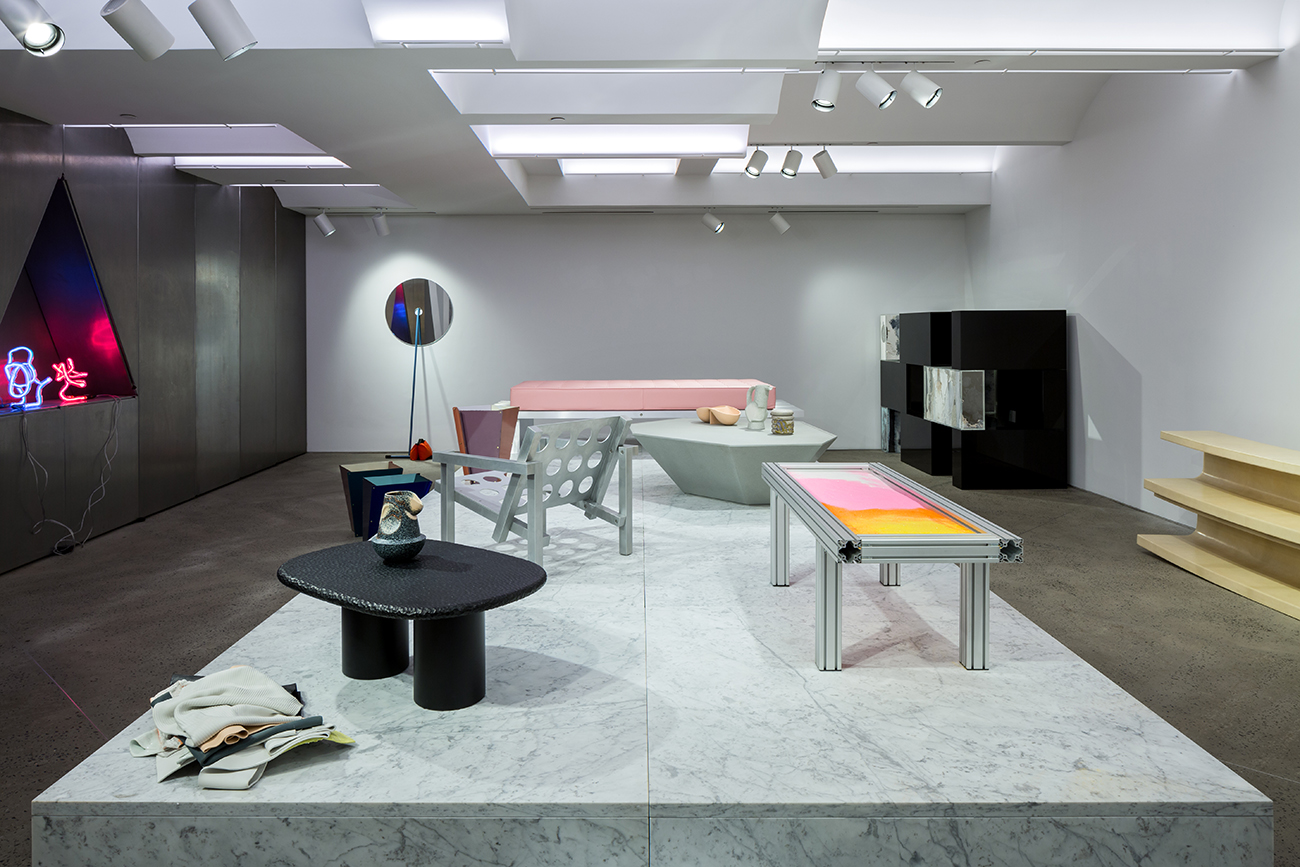 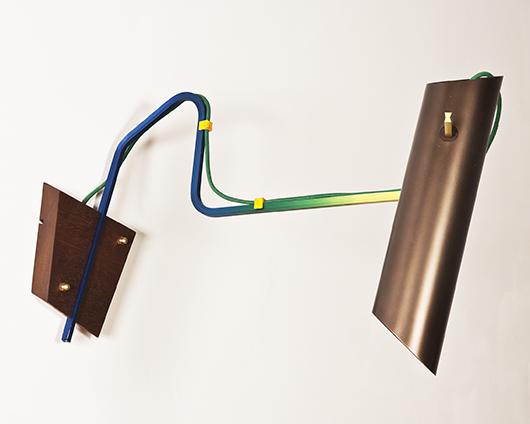 I can think of plenty of designers whose works I’ve never even seen, or those I’ve only seen from afar, either raised on some plinth or sheltered under a vitrine. I’ve had the lucky opportunity, though, to not only see but experience the work of London designer Martino Gamper: walking under his colorful Chair Arch in the courtyard of London’s V&A museum, or digging my feet into the hand-knotted wool Houseplan Carpet he designed for Nilufar gallery in 2009. It’s especially nice to experience a designer like Gamper’s work in person because there’s always the possibility that the piece you’re seeing is the only one of its kind that will ever exist. Gamper has always maintained that he prefers to create either pieces for unlimited production, like his lopsided Arnold Circus stool, or one-offs — with no middle ground between the two. Most of the work on view at Gamper’s new exhibition, “Tu Casa, Mi Casa” at Glasgow’s Modern Institute, falls into the latter category. The majority of the 69 designs created for the exhibition are wholly unique:
More 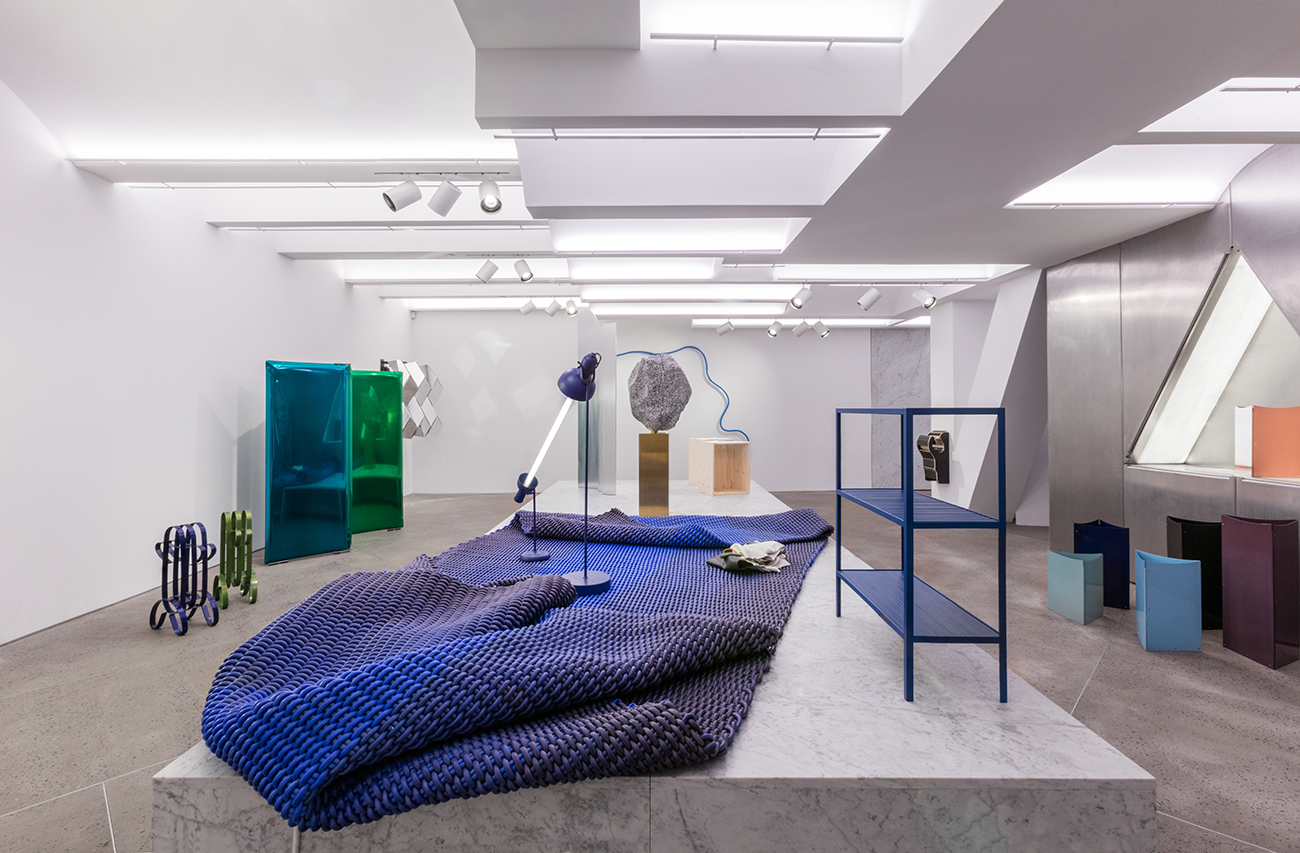 A New Exhibition Celebrates the Ambiguity of Objects

For a new show at New York's Chamber Gallery, curated by Matylda Krzykowski, contributions from American Nick Van Woert, Swiss designers Robert and Trix Haussmann, Polish talent Oskar Zieta, and Vienna-based design studio mischer’traxler, among others, each pay homage to Richard Hamilton’s 1956 collage, “Just what is it that makes today’s homes so different, so appealing?” — the inspiration behind the show and its moniker (“Just What Is It”).
More 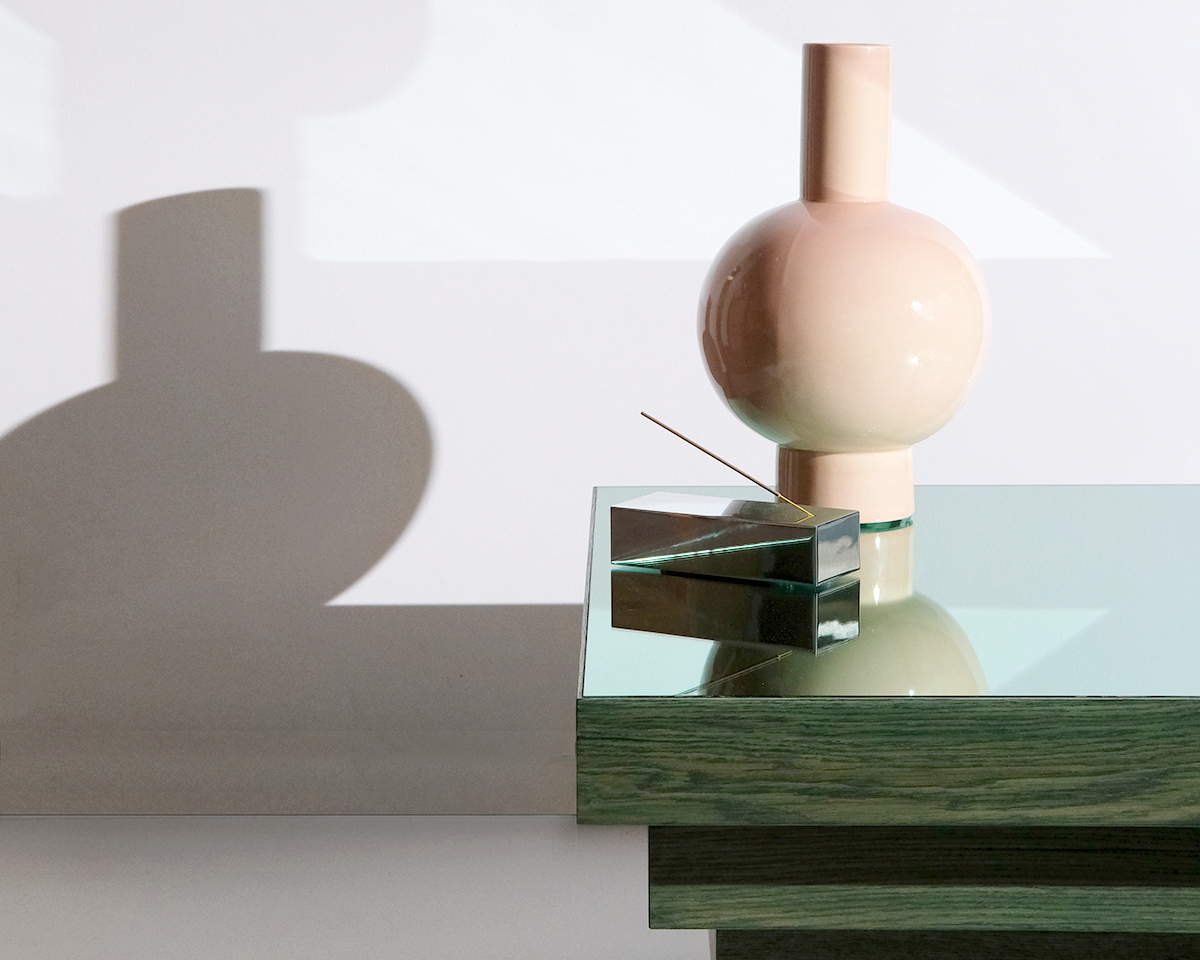 With the launch of their new Bling Bling Dynasty collection today, by way of an exhibition at Hugo Mitchell Gallery in Adelaide, the Australian design duo Daniel Emma have fully embraced their Asian influences for the first time, saying that it's the first of many projects in which they hope to explore their "time spent in between cultures."
More